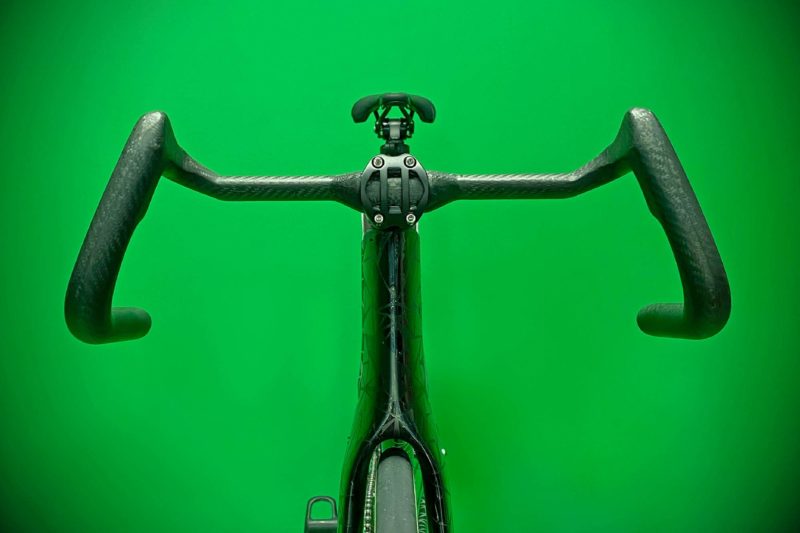 TRed’s ASHAA aero carbon track bar is the wildest, most niche handlebar we’ve ever seen. And their new Peregrine Falcon track bike is just as likely to make you faster!

Do you need this wild shapely new ASHAA carbon track bar? Probably not unless you are regularly in the velodrome, racing a wide range of track disciplines. But that’s not to say this niche, UK-made ergonomic carbon handlebar isn’t worth a closer look. Developed to provide all the possible hand positions a track rider could dream of, this dramatically-shaped, lightweight, and crazy expensive Ashaa track bar is already on its way to the next Olympics, and could shape road bars to come, as well…

Aerodynamic and ergonomic handlebars are nothing new. We’ve even seen slippery aero track bar+stem combos and a set of bolt-on track aero hoods, but outside of that Coefficient Wave bar (which the UCI said no to, apparently), truly new handlebar shaping has been rare. 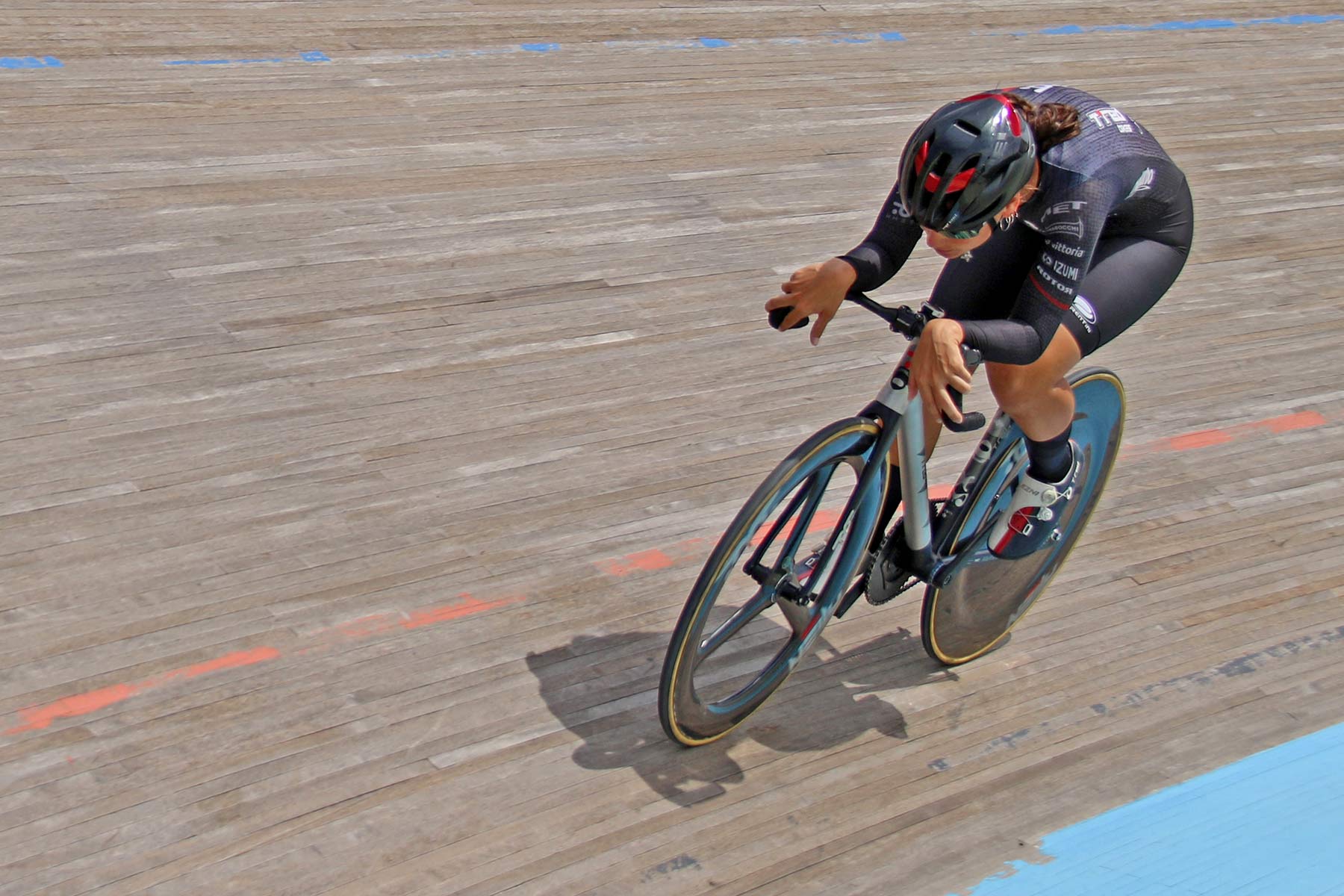 Developed by Romolo Stanco, the engineering brains behind TRed bike designs and their TOOT line of components, the Ashaa bar is built to offer support & control in a wider range of hand positions as seen in endurance track racing. Just like we know road racers like to assume odd positions to get more aero (because the UCI banned most of them), track racers do the same. 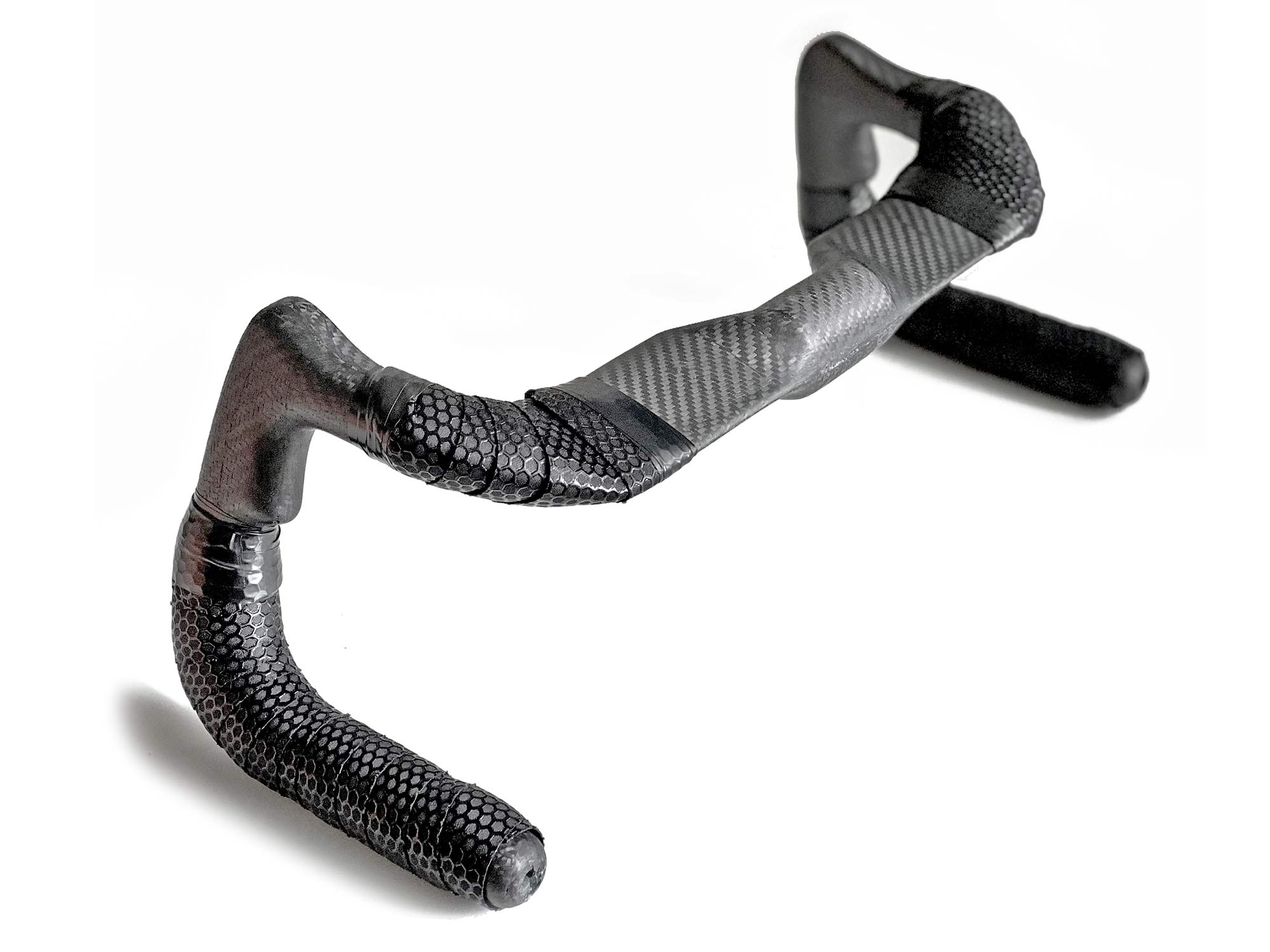 Ashaa brings shapely hoods and sharp finger grips to the track, flat horizontal drops to get low, and generous flare to make room for racers’ wrists. 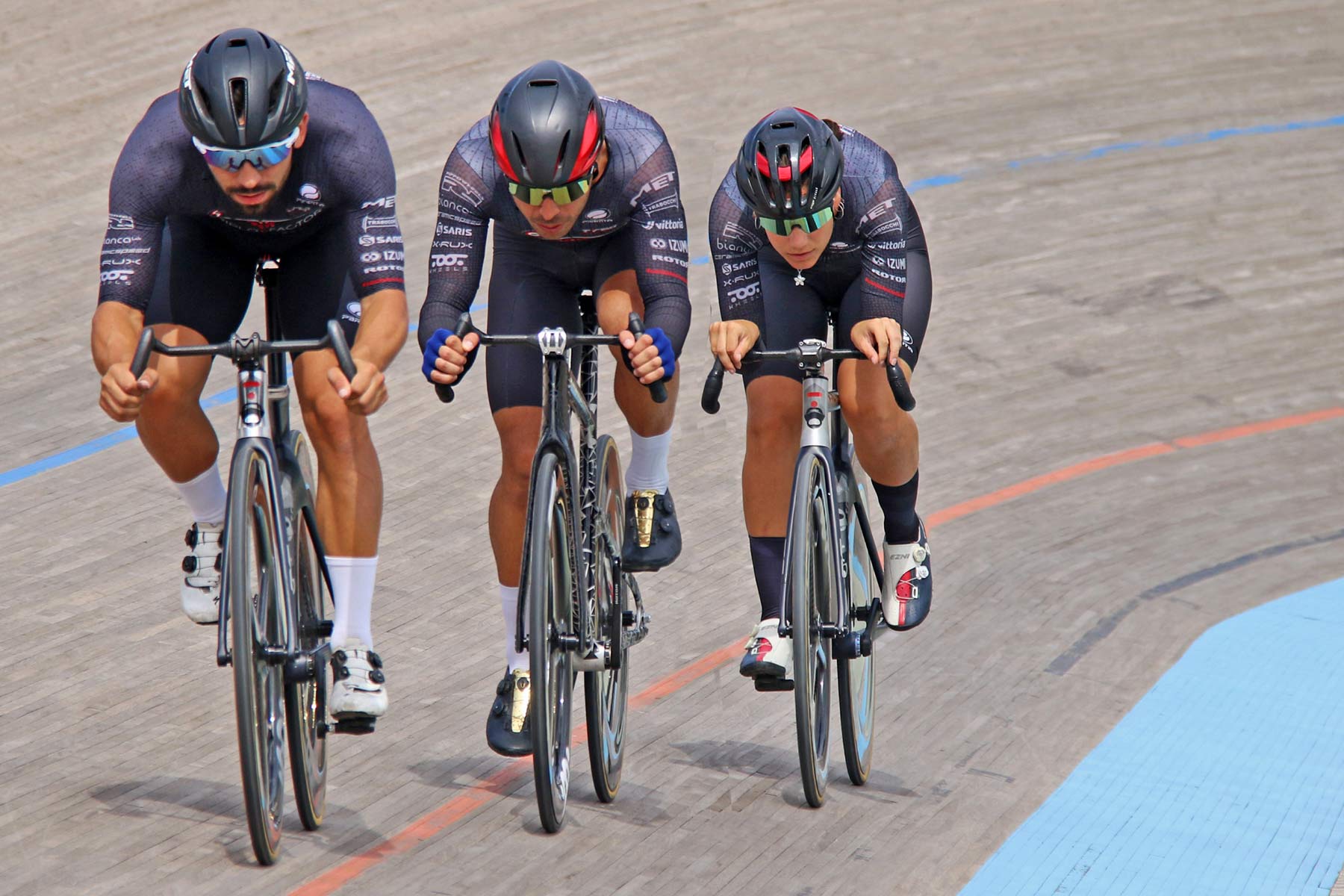 TRed debuted the new aero, ergo bar with their factory racing team at the Velodrom d’Horta in Barcelona as a proof-of-concept – in addition to the team’s prototype Peregrine Falcon track bikes. Because it’s easy to develop ergonomics in CFD and the wind tunnel, but it’s another thing to see if those new hand positions really offer the grip and control while racing from a dead stop, and then blasting around a wooden track at 60km/hr.

Barcelona seemed a fitting stop as the home of the 1992 Olympics (and Boardman’s controversial aero positioning), as the team have their sights set on performing at the upcoming Paris 2024 Olympics. 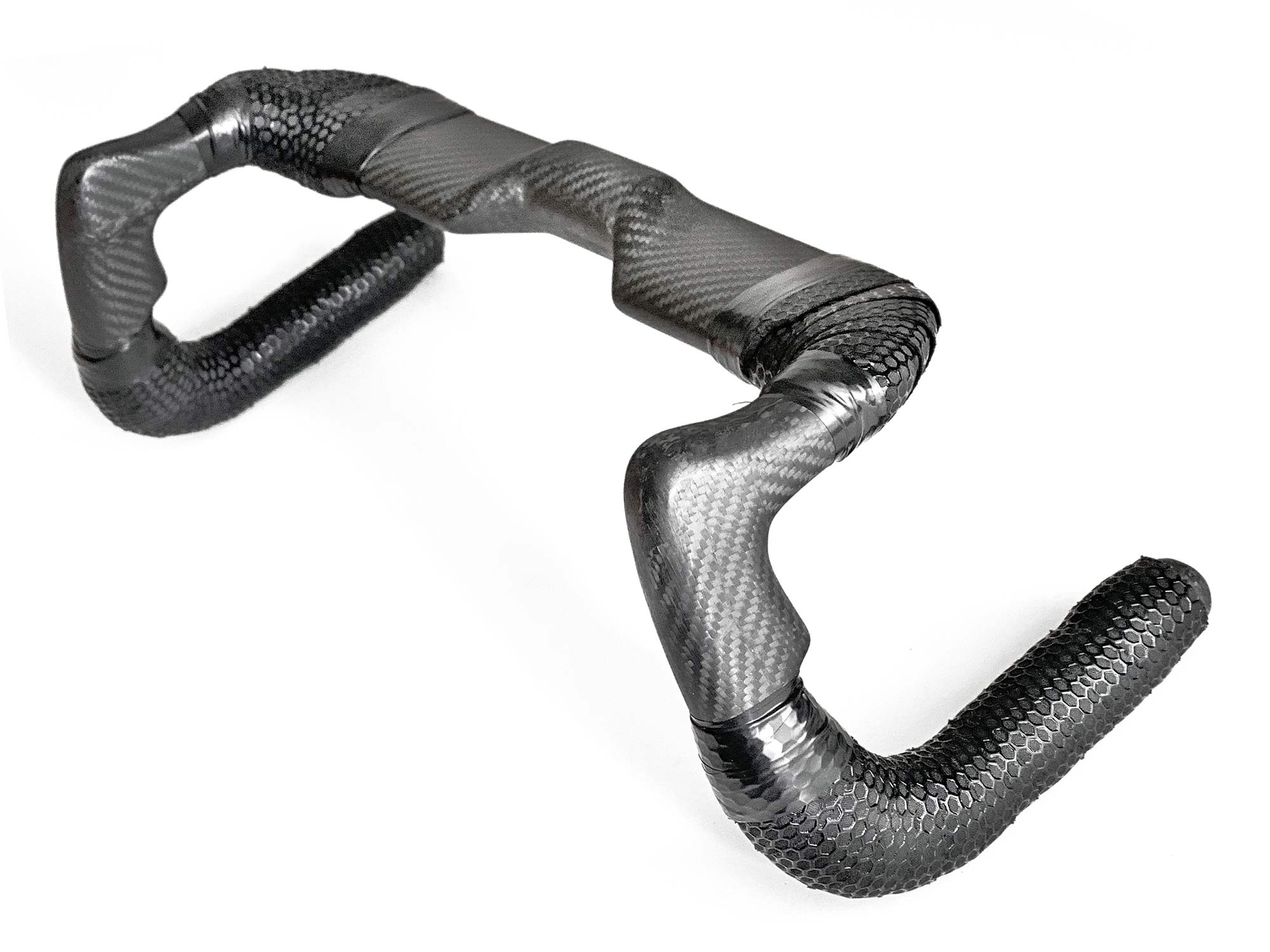 What started as a hand-drawn sketch, then 3D-printed mockup, has now been handcrafted in carbon in Great Britain by CarbonWasp in a version you can buy now. 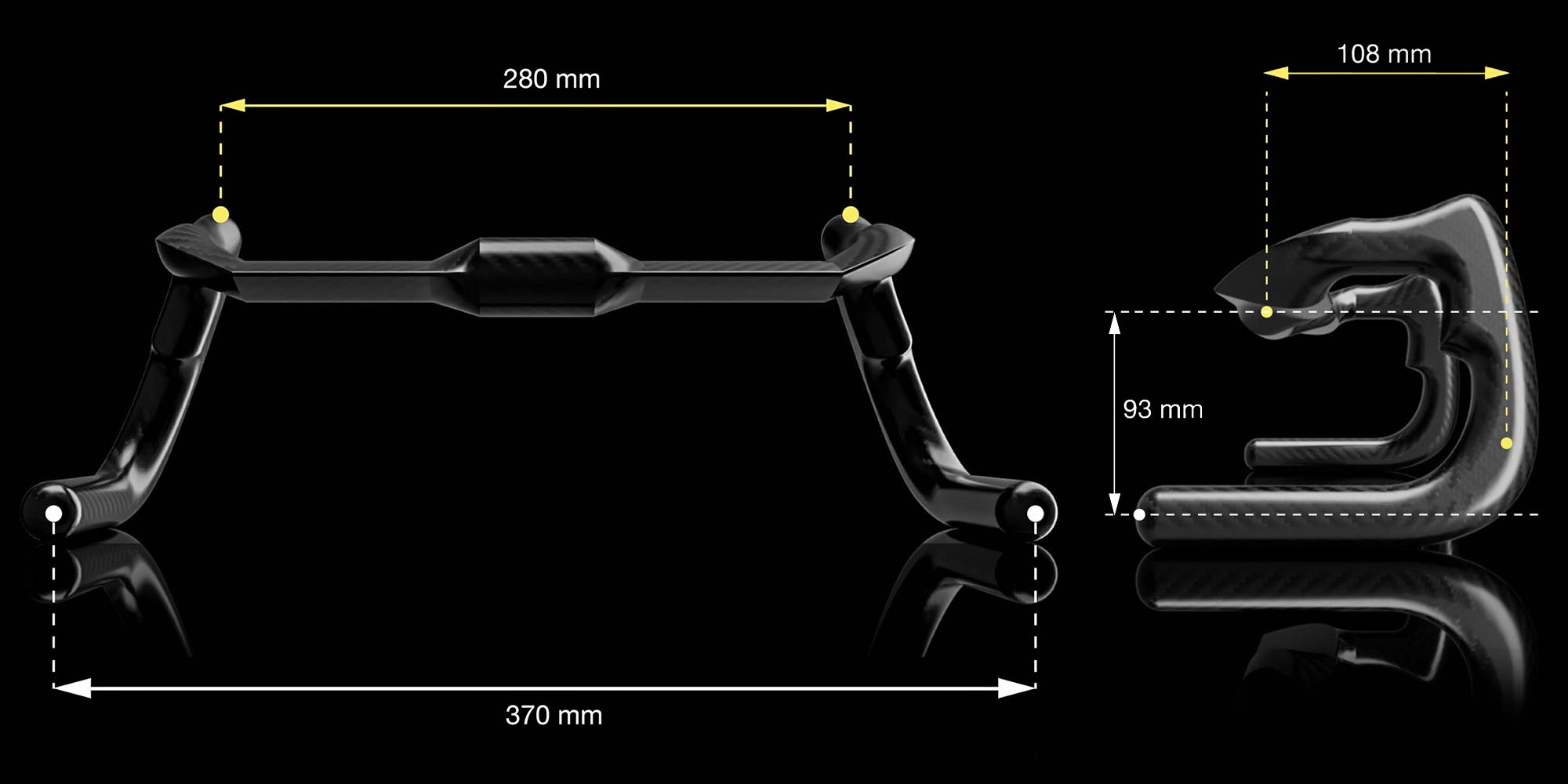 The UK-made endurance track handlebar sells for 799€ in a single size, with 93mm drop & 108mm reach. The bar is just 28cm wide (center-center) at the virtual hoods. And with 20° of flare to the drops, it measures out to 37cm wide at the horizontal drops (c-c). The monocoque carbon TRed TOOT Ashaa track bar is designed with a 31.8mm clamp to fit conventional stems. 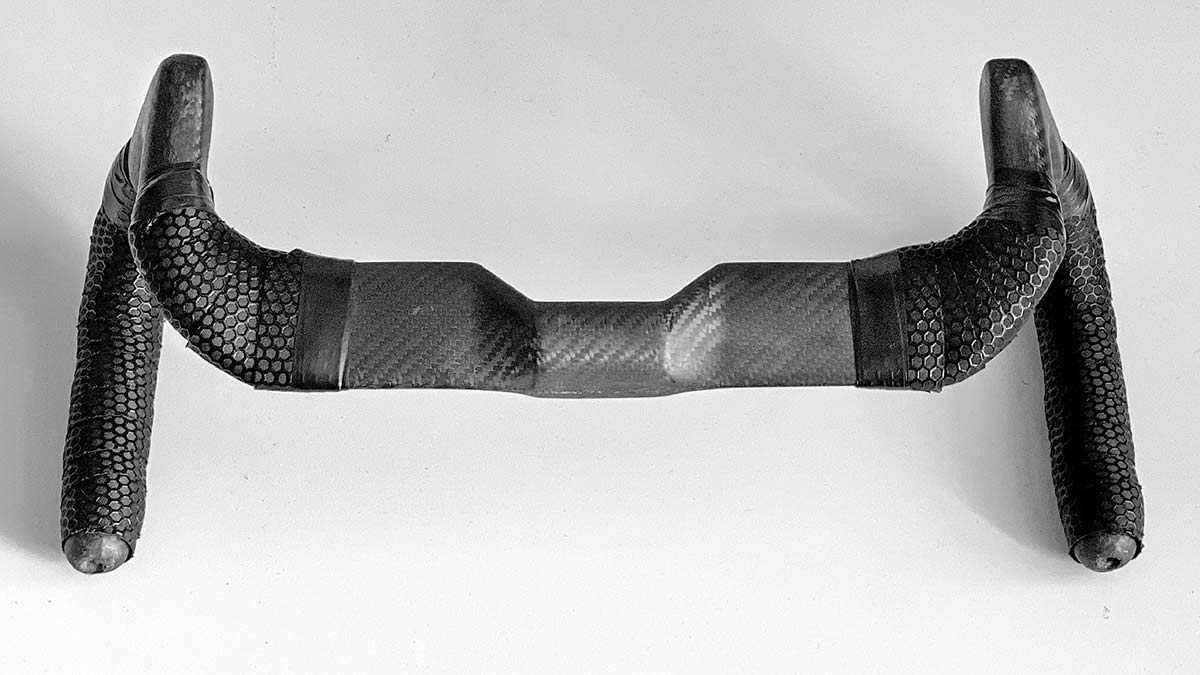 While the Ashaa track bar is certainly niche, TRed admits that this project is a proving ground that they expect to adapt to the road. So, expect to see a similar blend of lightweight aerodynamics and ergonomics coming soon in a new TRed Ashaa road handlebar too… 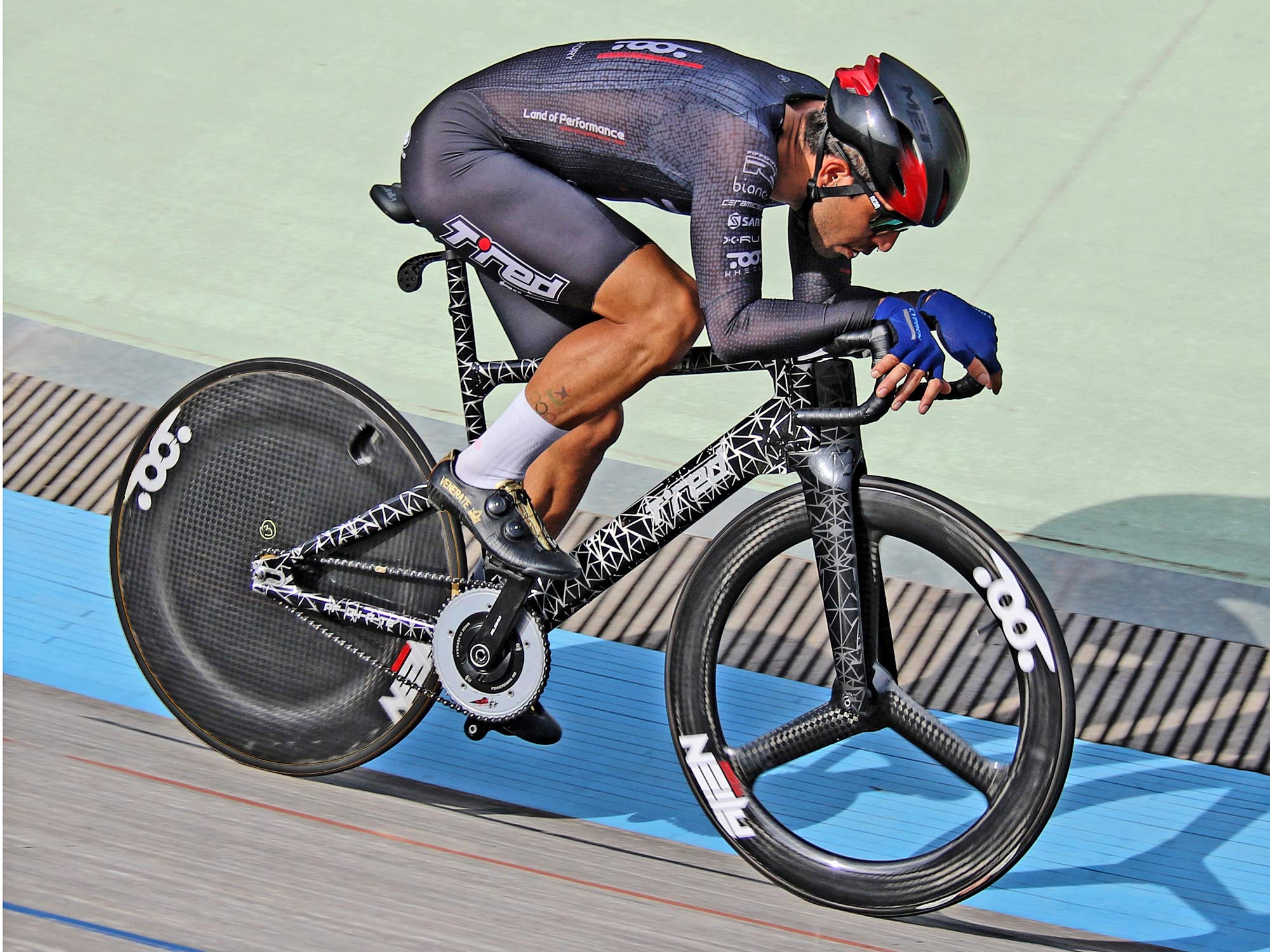 As for the prototype TRed track bikes… Named the Peregrine Falcon, it’s a far evolution of their Mania platform, a long-running project to build a faster bike for Giairo Ermeti’s run at the Italian track championship title. Details remain thin on the likely alloy race bike, but we can extrapolate out a number of features…

The huge carbon fork with a shroud/cowl in front of the frame’s headtube is an obvious move to smooth airflow over the front of the bike, but since it doesn’t appear to connect back to the upper headset cup it’s clearly not of the ‘external steerer’ variety.

This prototype suggests a transition from the fork crown into the massive aero downtube, but they don’t seem to quite match up yet, suggesting there’s more refinement ahead for the final integrated frameset. 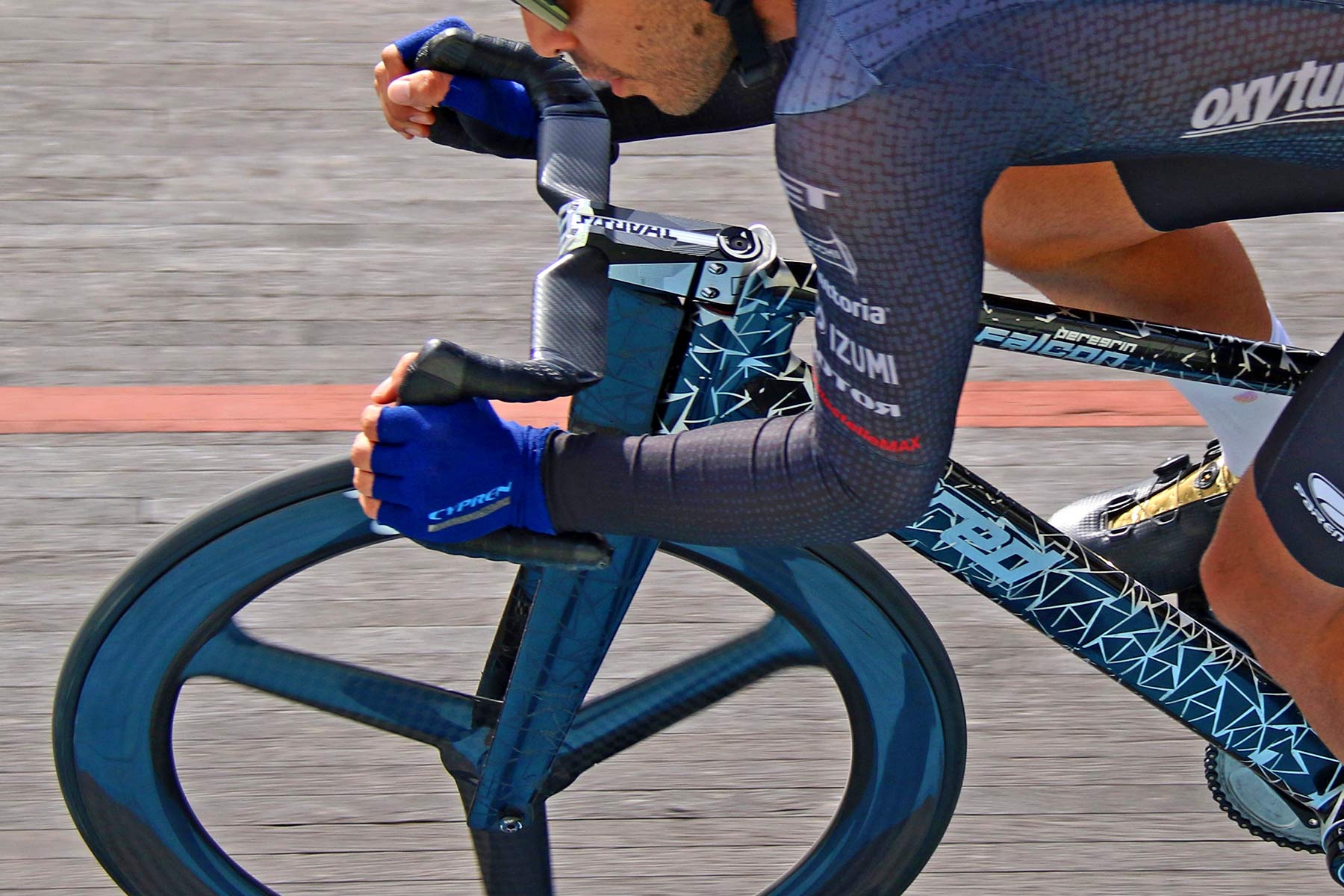 The Peregrine Falcon does also get a dropped stem that finishes just above the top of the toptube – making room for a weld, but also allowing varied handlebar setups depending on race discipline. Out back, a relatively small section integrated seatmast appears to be topped out by a conventional seatpost that may slide down into the mast. It looks like the bike gets a T47 threaded bottom bracket, and long track ends with stainless steel faces.

That bike is beautiful