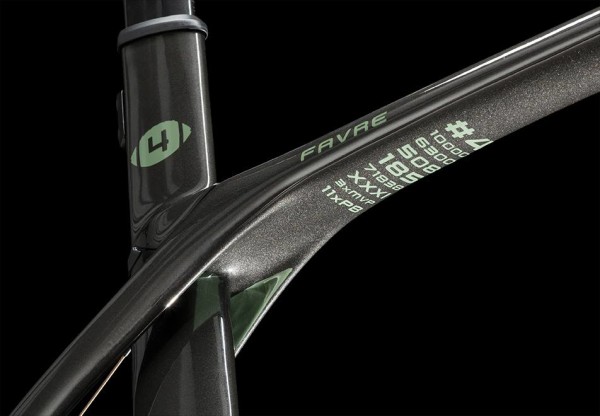 Later this evening as the American masses gather in front of the TV to digest massive meals and watch the Green Bay Packers host the Chicago Bears, the Packers will have a special ceremony to retire the number of Brett Favre. For those who don’t follow the sportsball, Favre was one of the greatest quarterbacks of all time who spent most of his playing years with Green Bay.

Ignoring the brief stint at the end of his career with the NY Jets and the Minnesota Vikings, Farve’s history in Wisconsin is certainly worthy of the Packers’ move to retire his number. It’s also apparently a perfect opportunity for another Wisconsin legend to present him with a custom Project One Madone… 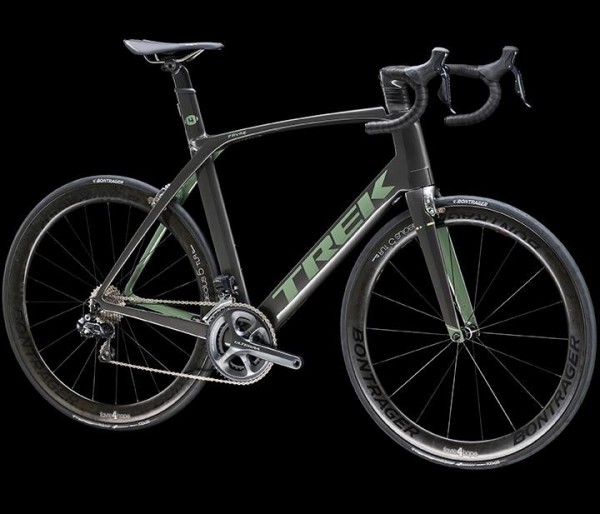 Overall, the bike Trek put together is fairly subdued, but we like the fact that it isn’t some in your face, green and gold replica helmet. 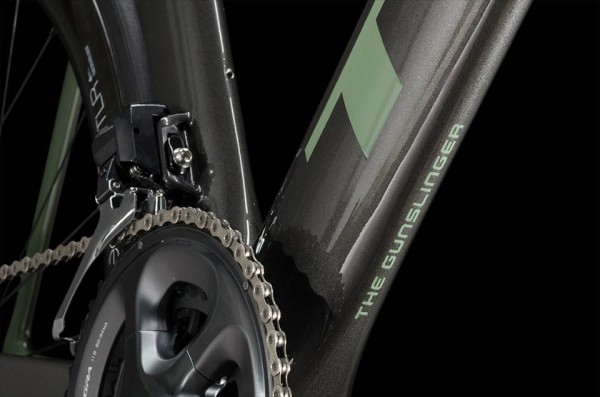 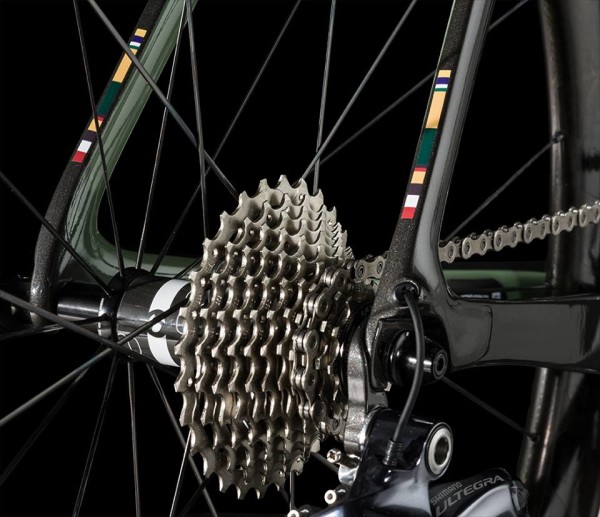 There are plenty of custom touches to let you know who owns this particular bike, including stripes on the seat stays which match with all of the team colors he played for over the years. Of course, “The Gunslinger” had to be on there somewhere. 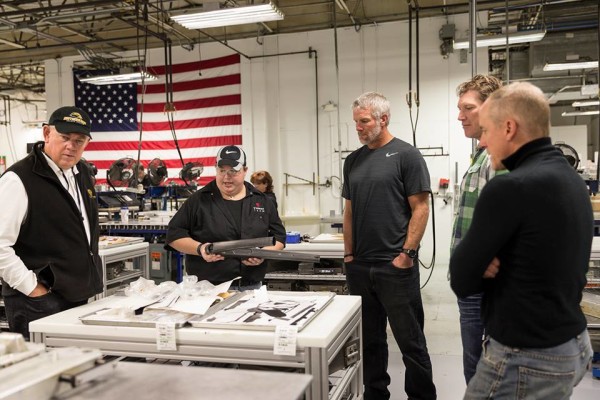 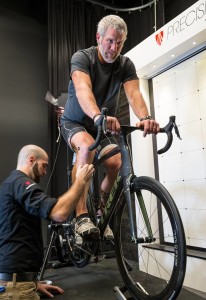 Surely to the delight of employees at Trek’s Waterloo Headquarters, Brett looks to have gotten a full tour of where his bike was made as well as a full Trek Precision Fit.

Very cool, but Ultegra? Would have thought SRAM eTap for such an American legend. Just saying.

Because SRAM is based in Chicago, and no Packers fan would approve that.

I bet he texts pics of it to all his friends. Of the bike, I mean.

46 years and how many sacks probably should be factored into saddle-to-bar drop.

Maybe they nailed it, but too many fitters are racers. The industry hasn’t really responded to the needs of the casual, older, and banged up ex-QB riders.

Ol’ Shel’… does that look like an aggressive fit to you? Not long ago, he could handle being tackled by 300lb behemoths and could throw a pass 30 seconds later. Hopefully the bike just fits. I agree, Ultegra is going cheap

Came in to echo “Ultegra?” albeit Di2.

On a limb I assume it could’ve been for color coordination, but it’s Brett Favre: former franchise face of the Green Bay (read that as “Wisconsin”) Packers – with a Superbowl and some MVPs to go with it…and they gave him Ultegra.

Slam that stem and adapt.

And does it really matter what group is on it? They’ll all collect dust the same in his garage.

Ultegra Di2 build says “you were awesome, just not that awesome”

Yep, great company that Trek is, going out of their way to help a someone in need.

I bet he texts pics of it to all his friends. Of the bike, I mean.

Who says that he didn’t pay for the bike? Haters!

Am I the only one who would choose Ultegra Di2 over Dura Ace (Mech and Di2)?

I mean I get DA is lighter, and it’s not like Favre can’t afford the more expensive parts when comes to replacement, but it’s not a huge downgrade in performance.

The guy does sprint triathlons, not Le Tour.

PBJoe, nope, you’re not the only one…my choice would be Ultegra over Dura-Ace, any day.

I have both 6870 and 9070 on my bikes. Each functions exactly the same; no discernable difference once I’m on the bike. However, I disagree, the DA looks so much better.

I do agree that I’d fully expect DA on this bike though. Ultegra makes a ton of sense for racers paying for their own gear as it takes the cake for bang for the buck. But if its a special custom bike DA just makes sense.

Favre is riding over 120 miles/week.

Why give a millionaire ball player anything? Why not Bikes a Belong? Why not World Bicycle Relif.
Trek does donate,but this is a huge anti charity.
Public display of crap…..
I bet Brett can even shred….

Why is everyone mad at trek for this gift? This man played his butt off in Wisconsin, Treks home state. Him playing in greenbay did all sorts of good for that town and state. This a thank you and an acknowledgment of his success in the NFL. Get off your high horses and check your PC at keyboard.

Ultegra? SRam? Why bother ….have the one and only Campagnolo! Chorus EPS would do fine.

@Tyler Benedict: For “playing his butt off in Wisconsin”, you’d think they’d just go all the way with DA. No one’s saying the bike being a gift in general was a bad thing.

If some plain middle-class guy can afford to get DA on his bike, I’m pretty sure it’s not a reach for Trek to give it to Brett-freaking-Favre who deserves it for being a Wisconsin hero.

Favre doesn’t pay for his jeans either but he sure sells them. How many football fans have now seen their hero on a Trek bicycle?

Is Brett gonna shave his legs next? Maybe Gillette should give him a razor and some cream for that 😉

Brett announced on Monday Night Football he’s attempting a TRI with his wife. Maybe he’ll get some aero bars added!

It’s the same way I felt when Cannondale gave Madonna their top of the line bike for it’s time. In the same way that the big stars get these gifts, the same should go for someone who’s a life long fan or contributed for the brand. I look at myself being a serious rider, but yet all I can afford is entry-level. And they go out of the way to charge a lot for what I need