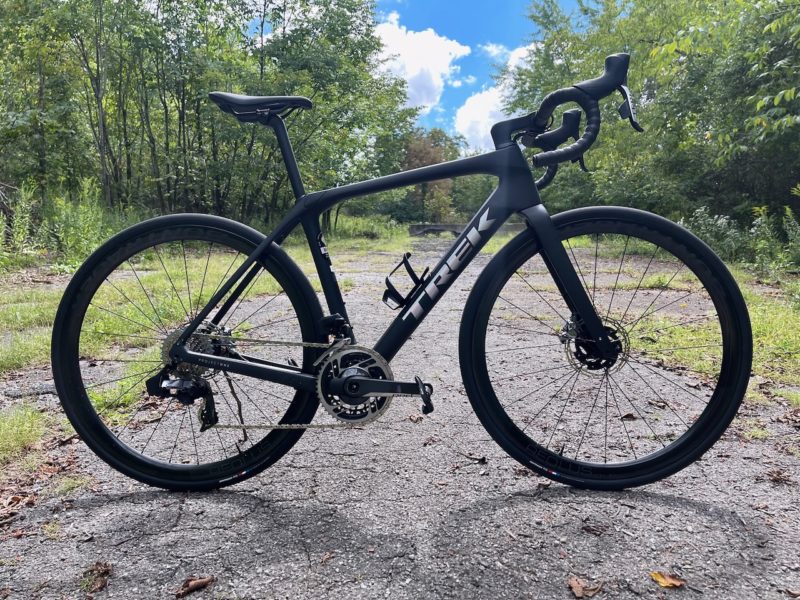 We knew the news was coming after seeing Trek-Segafredo’s Elisa Longo Borghini destroy the 2022 Paris-Roubaix Femmes. 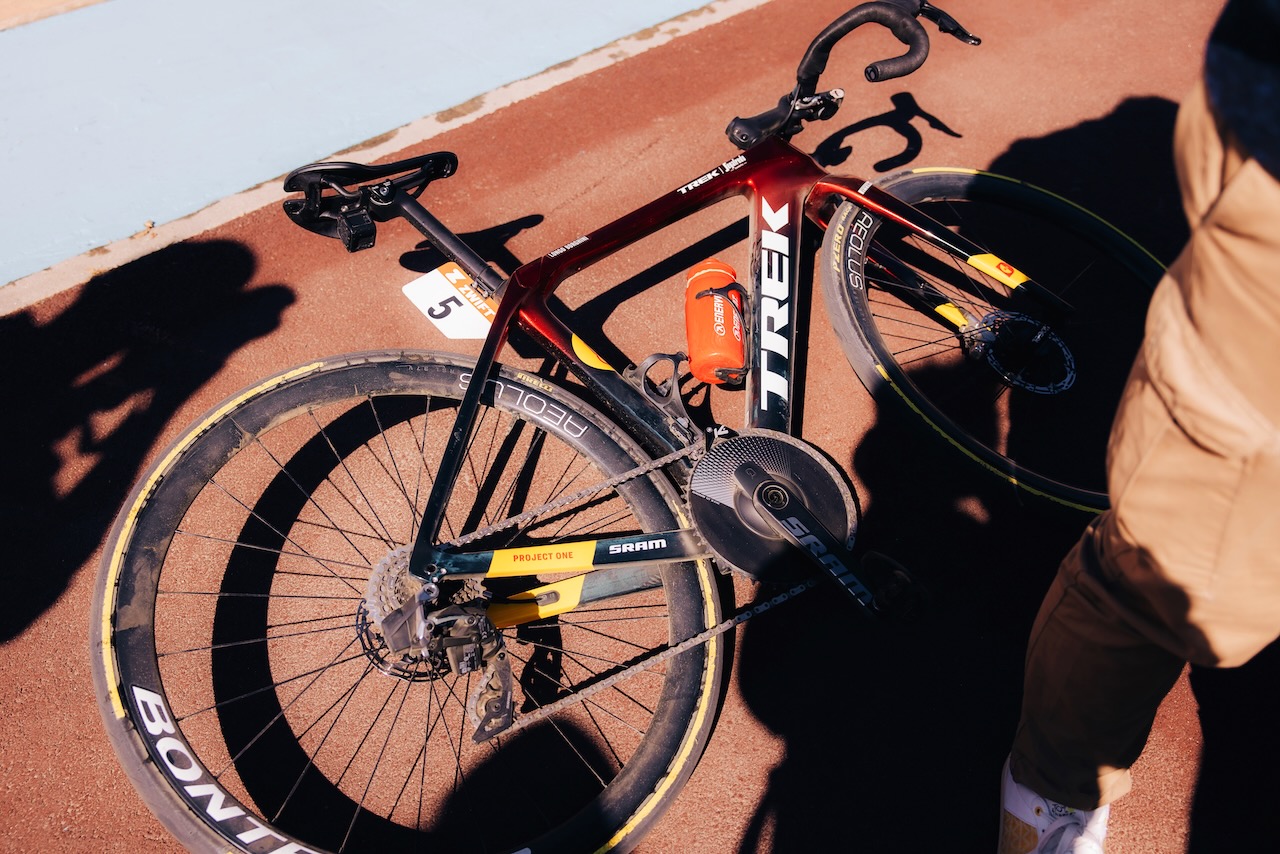 The all-new Trek Domane was in race footage and spy shots from around the cycling world. We knew the frame had updates but didn’t know how much faster and more aerodynamic the new Domane would be. We were lucky enough to get a Domane SLR eTap to check out before the launch and long term. What do we think so far? Let’s say this new Domane is fast on all terrain and is not another gravel bike. 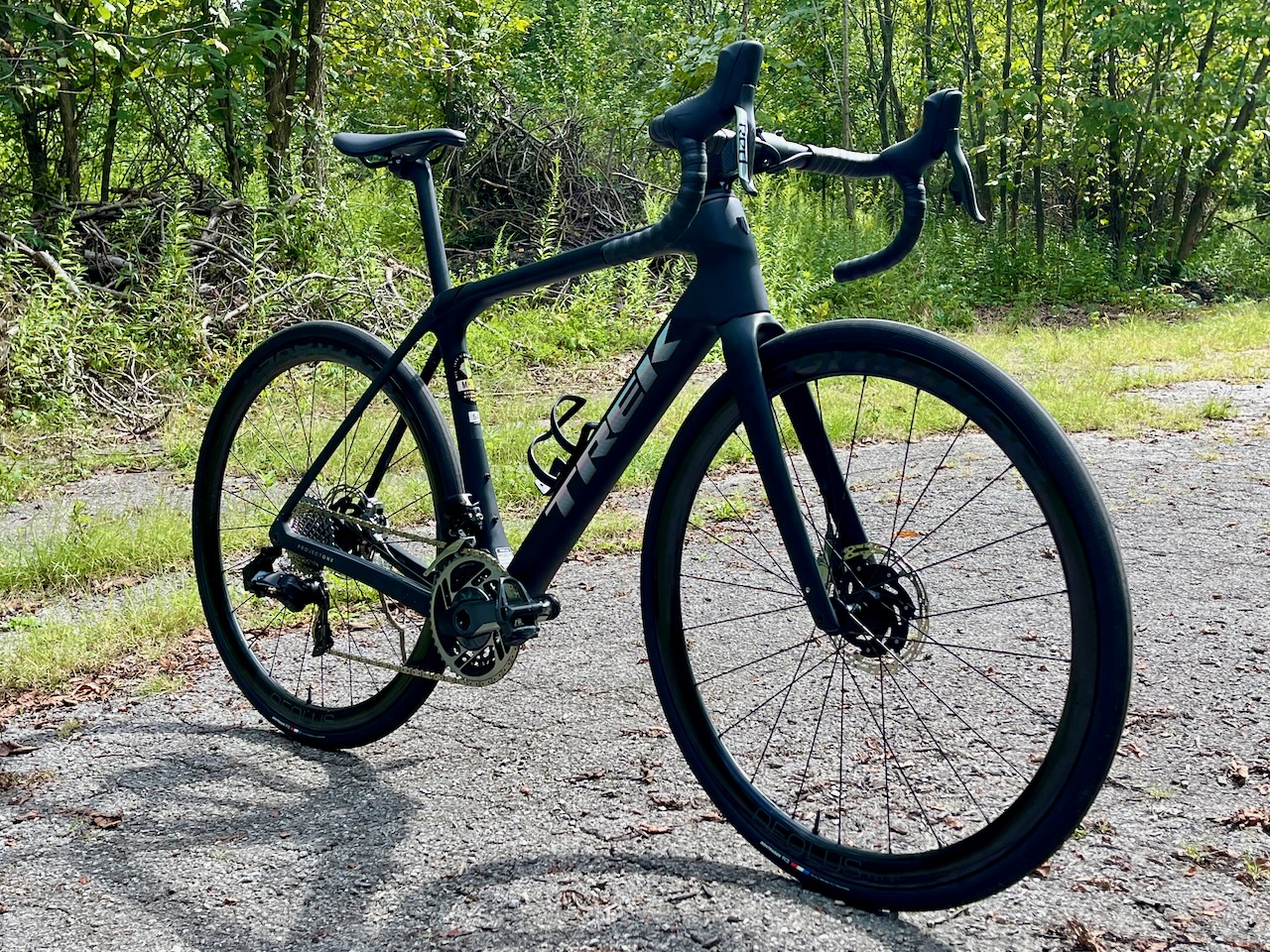 The design team at Trek did a lot of work updating the Domane to make it lighter, more aerodynamic, and more race efficient. The most dramatic change is a frame that is lighter, nearly 700g lighter for the SLR line, the front IsoSpeed is gone, and the rear IsoSpeed gets a makeover. 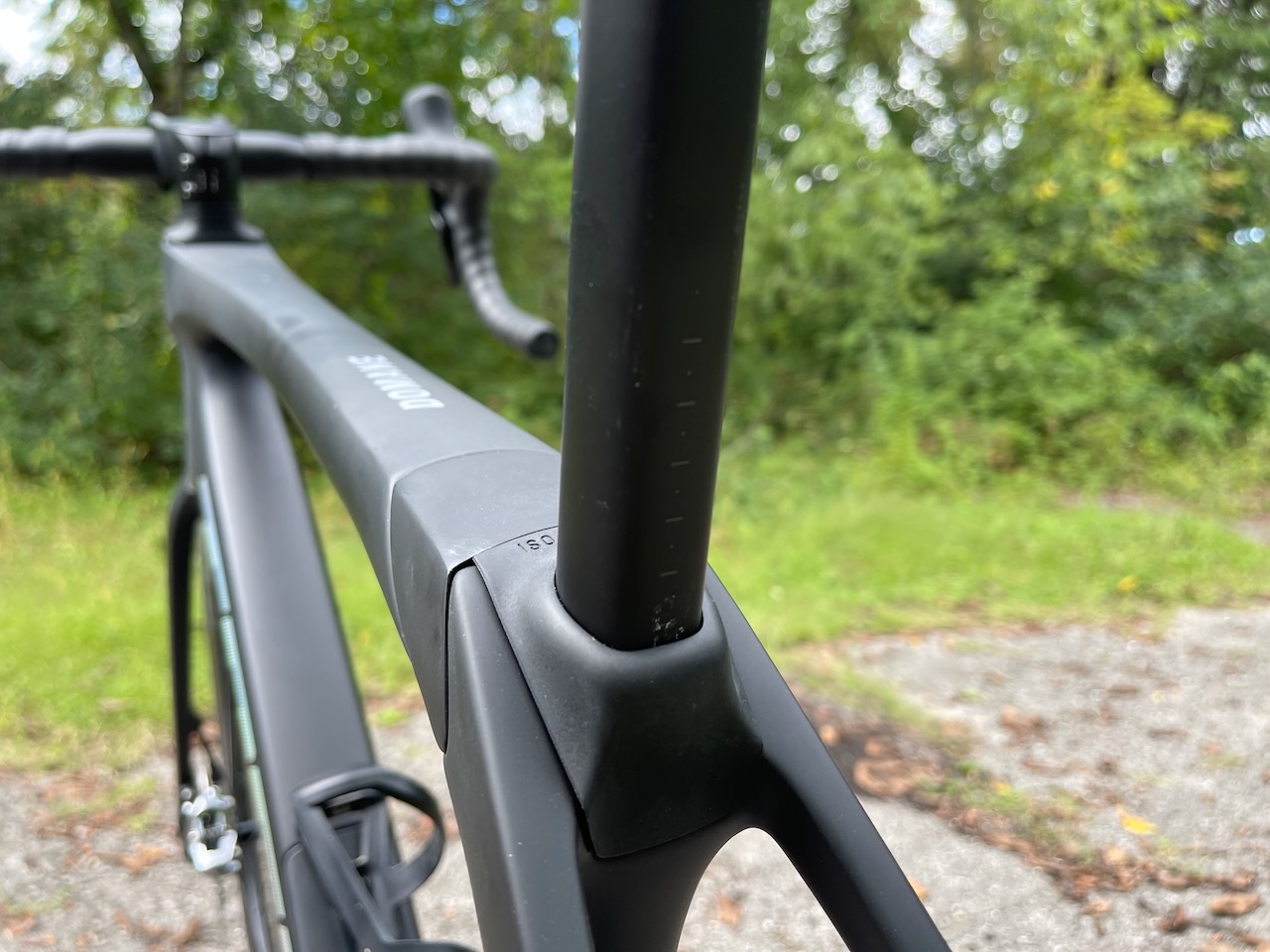 Our Domane SLR eTap weighs a respectable 16.2 lbs (vs. 17.2 lbs for the previous model with similar specs) with sealant and a bottle cage. Trek also updated the tire clearance to a voluminous 38mm. If you want to get the full scoop, check out our news piece on the all-new Trek Domane line. 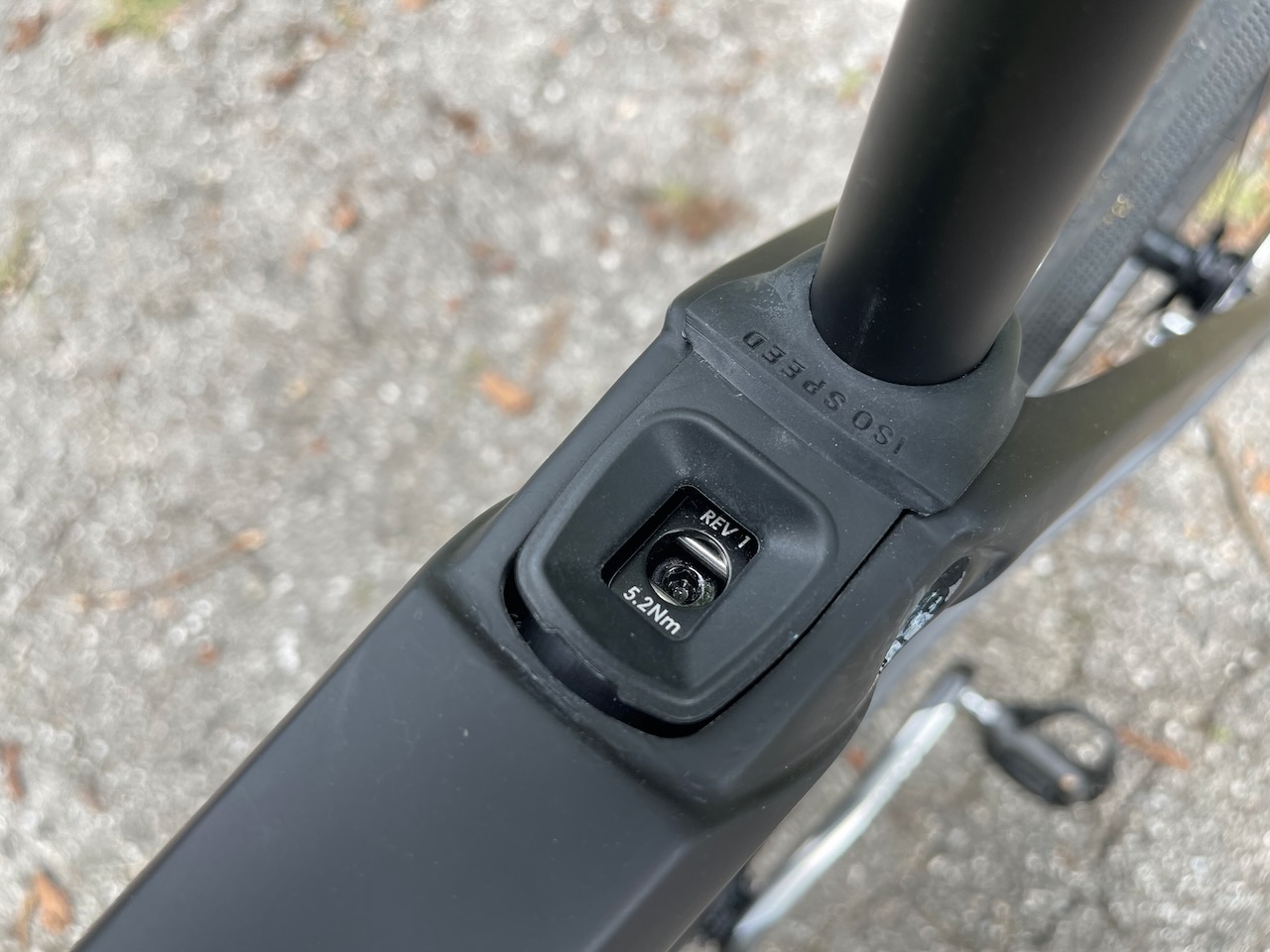 The best bike packaging I’ve seen comes with Trek Project One bikes. The box, stabilizing materials, and padding are all reusable. What waits inside is usually something very cool, and it was no different this time. 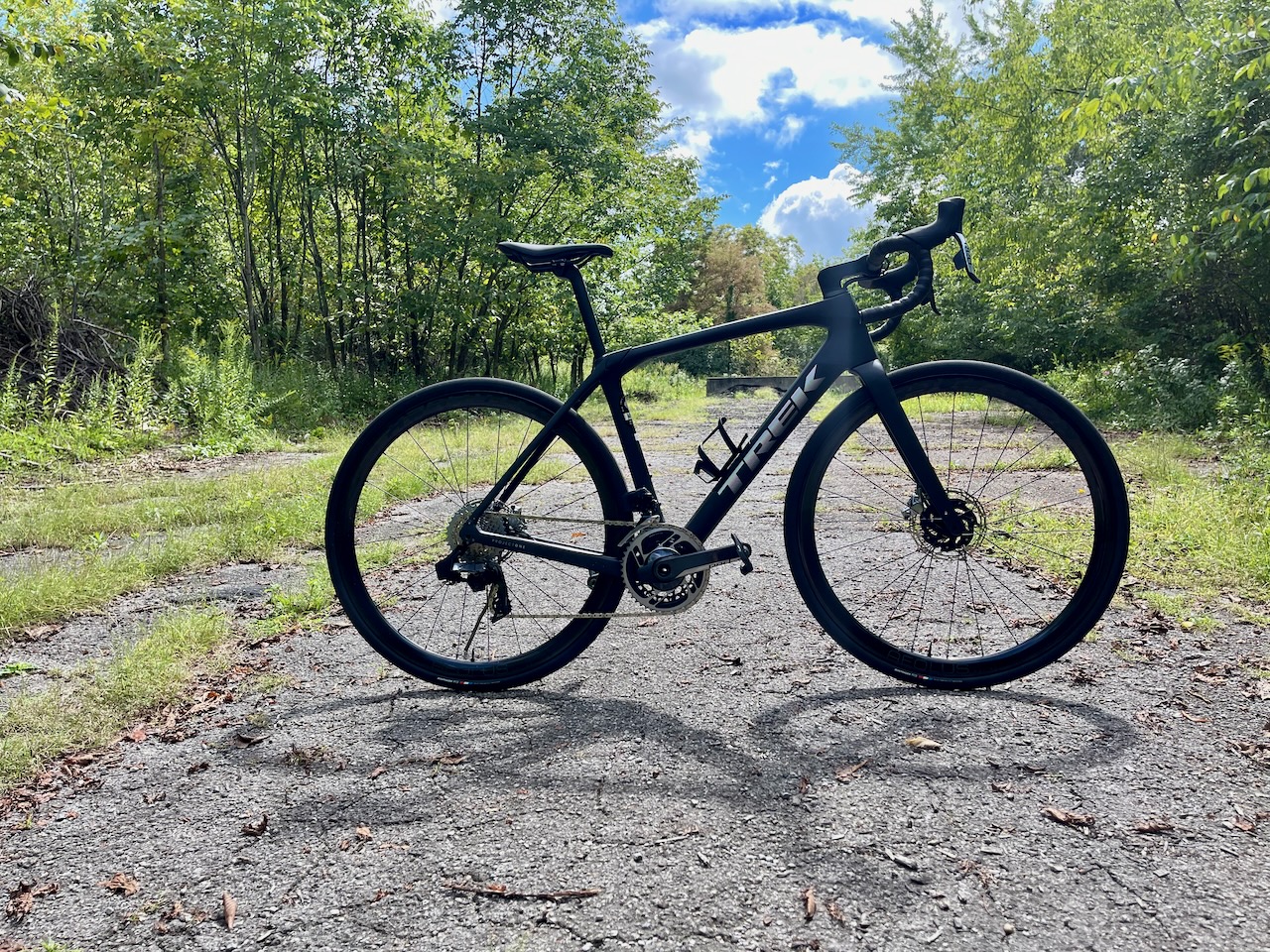 I usually ride a med/54cm in Trek bikes, and this time was no different, though, from the stack and reach, it appears I’m on the bubble. I measured and fit the new Domane SLR eTap to my specs and noticed I was at the edge of the seat post extension, but not over. 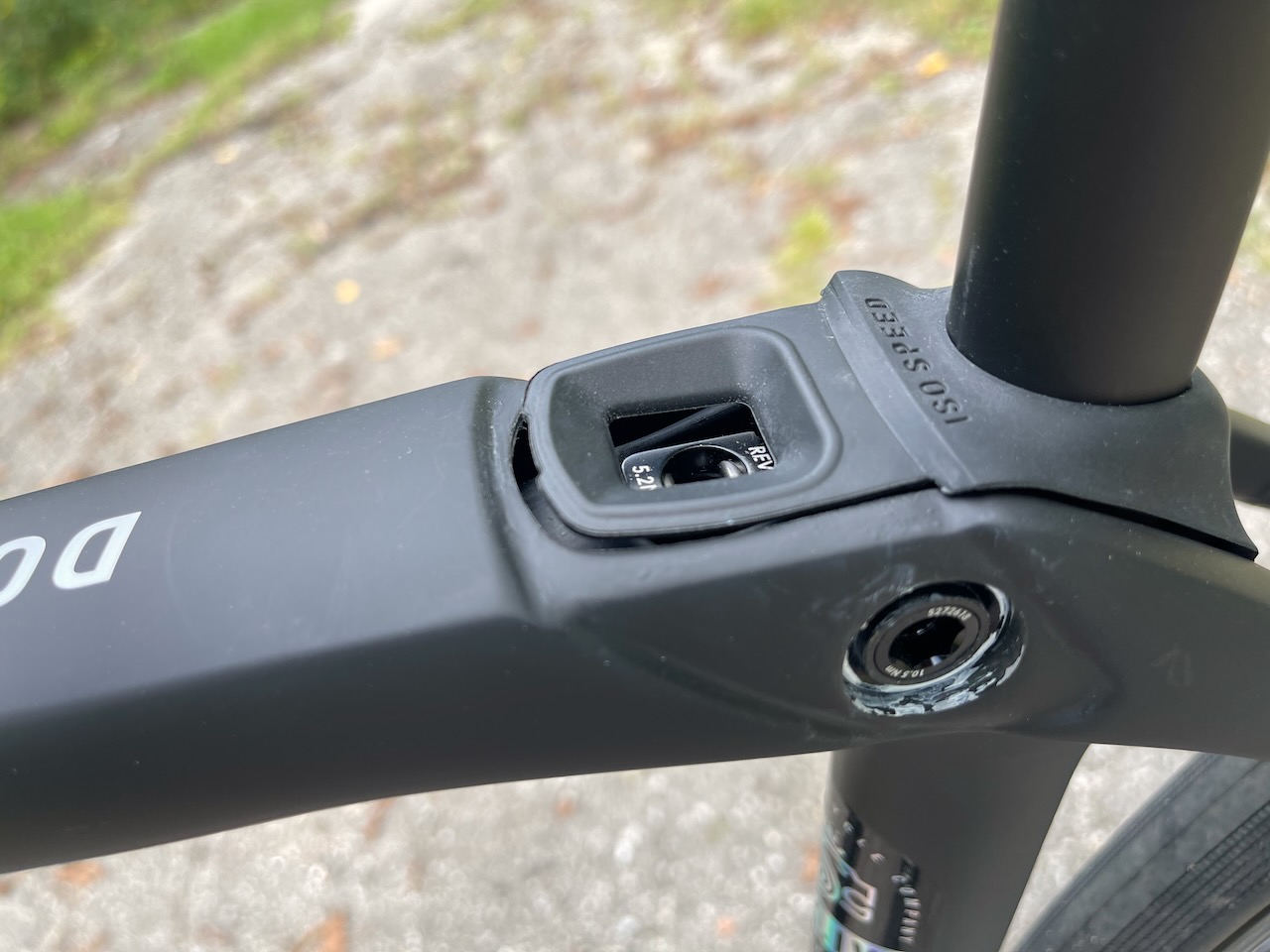 The new D-shaped seat post is available in two lengths (280 mm*tested and 320 mm) with two offsets per length (5 mm and 20 mm). Seems like I may need the longer post, but my other measurements were right on the money. 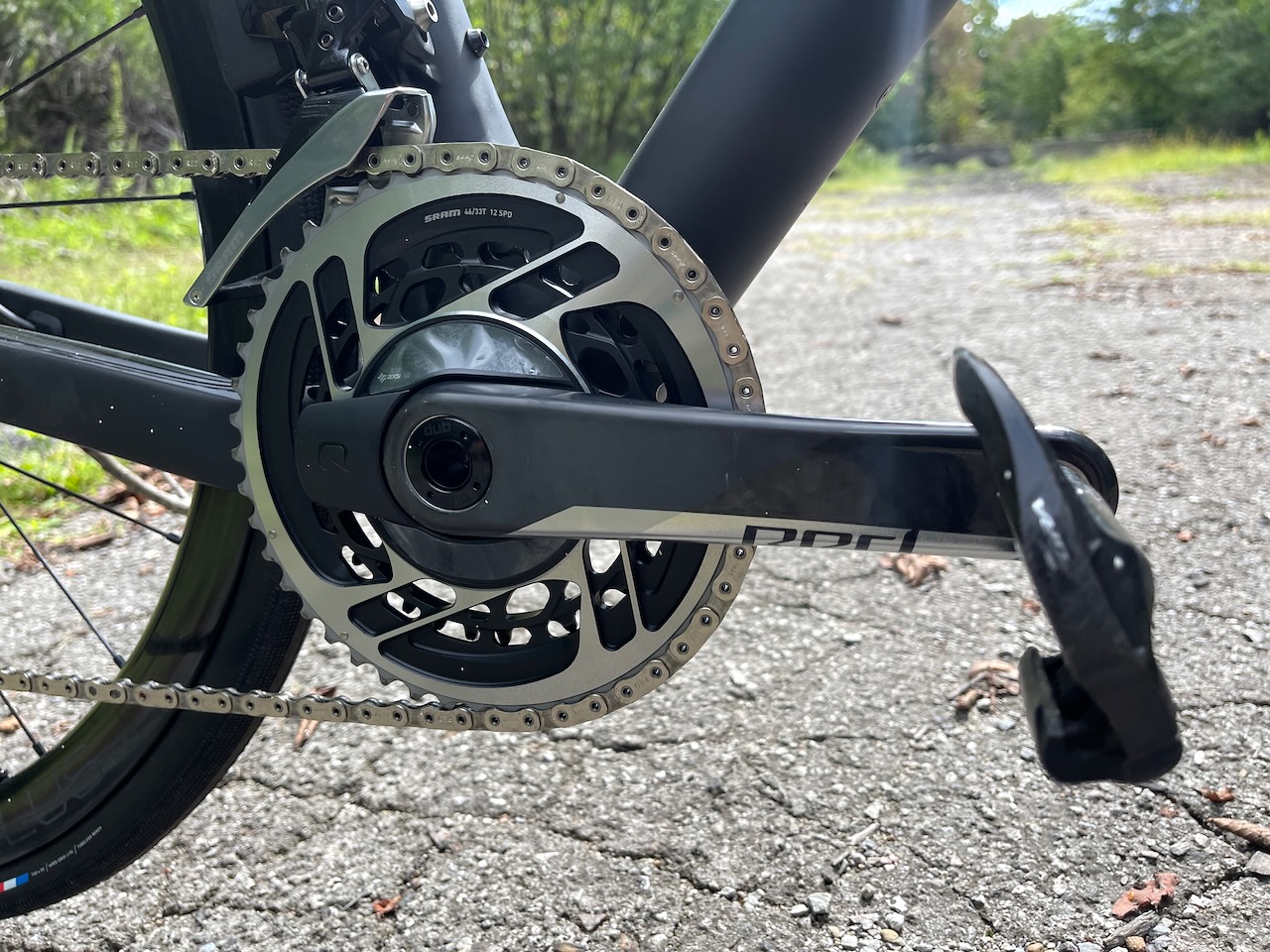 My first rides on the Domane were on the road and on some very light gravel. Trek says the new Domane is a road bike first, and we can agree. Our bike arrived with 32mm Bontrager tires on Bontrager RSL 31 carbon wheels, the lightest road wheel Trek offers. 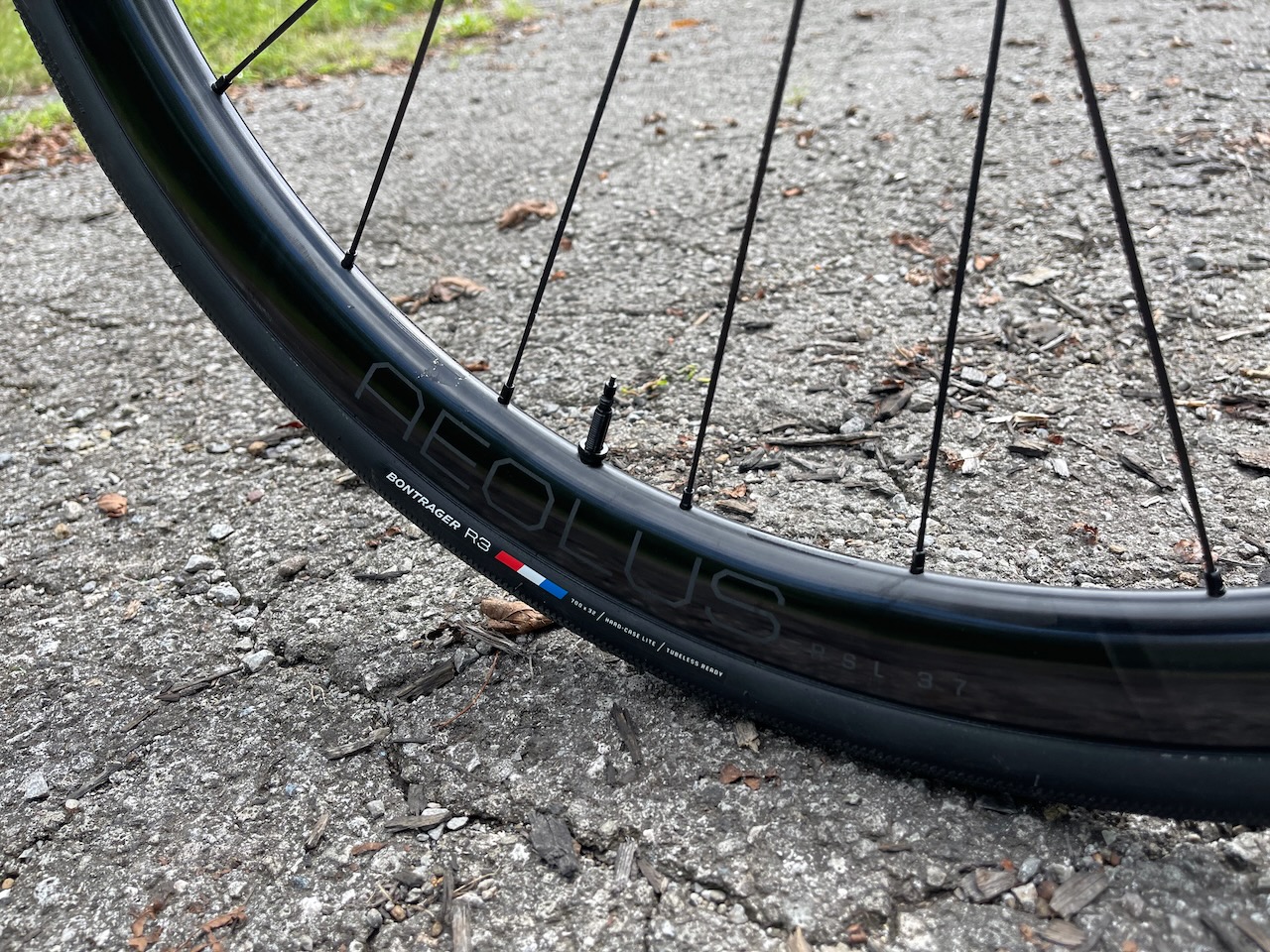 On the road, the bike first reminded me of a super fast cyclocross bike, but the longer my ride ticked on, the more it felt like a road bike — a fast one. The H2 geometry is slightly less aggressive than most road bikes but paired with the aggressive bar/set setup of the Domane SLR eTap build, I felt efficient on the road. 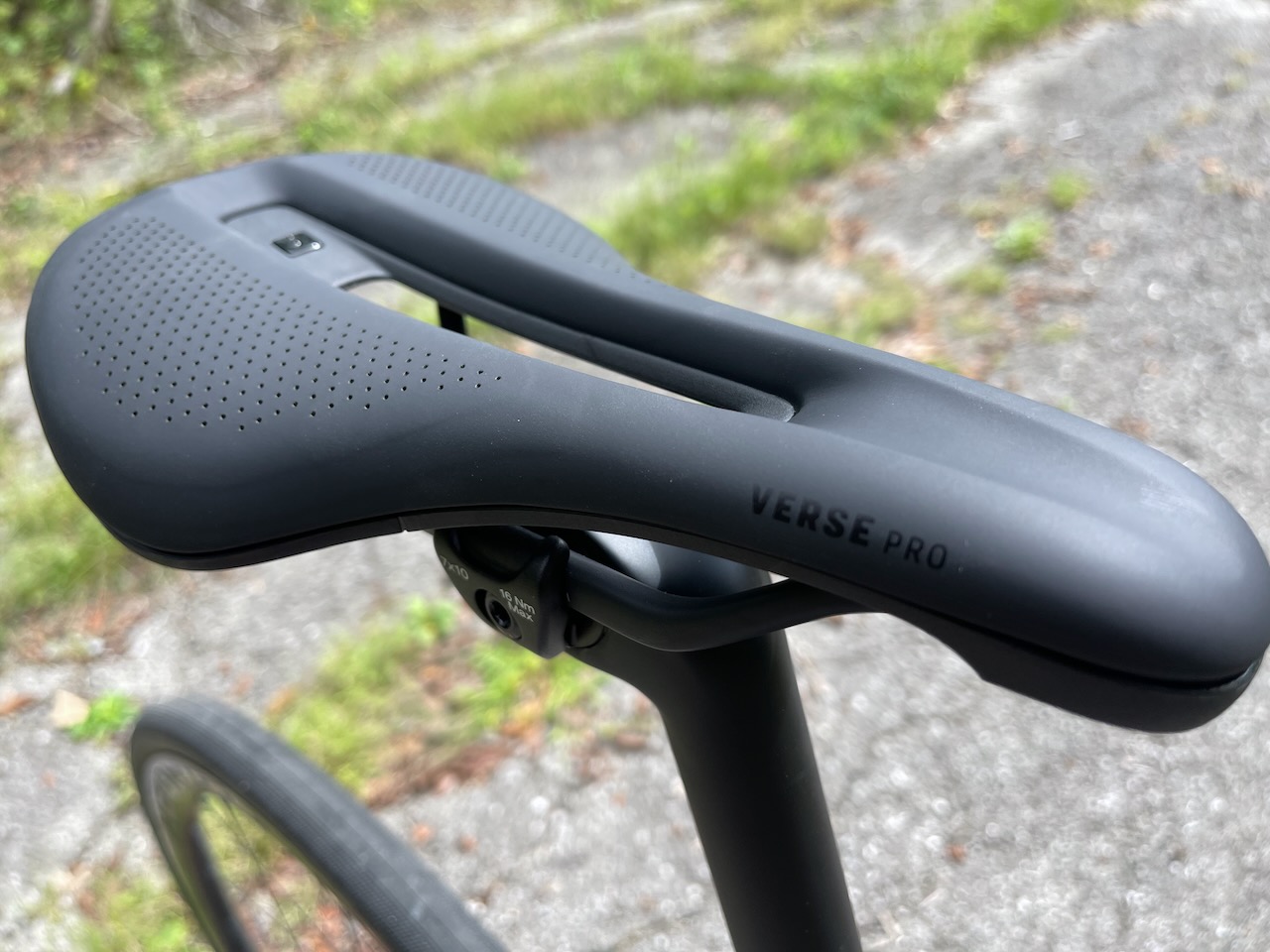 Paired with the new D-Shaped seaport and zero adjustability, the new IsoSpeed is just enough for road suspension. The new IsoSpeed is barely noticeable, which is a good thing. I liked how responsive the Domane felt on the climbs and small bursts of speed. This punchiness could be the updated frame or the welterweight carbon wheels; either way, the bike wants to go. Pair that responsiveness with the compliance of the new IsoSpeed, and you can attack for hours (fitness depending). 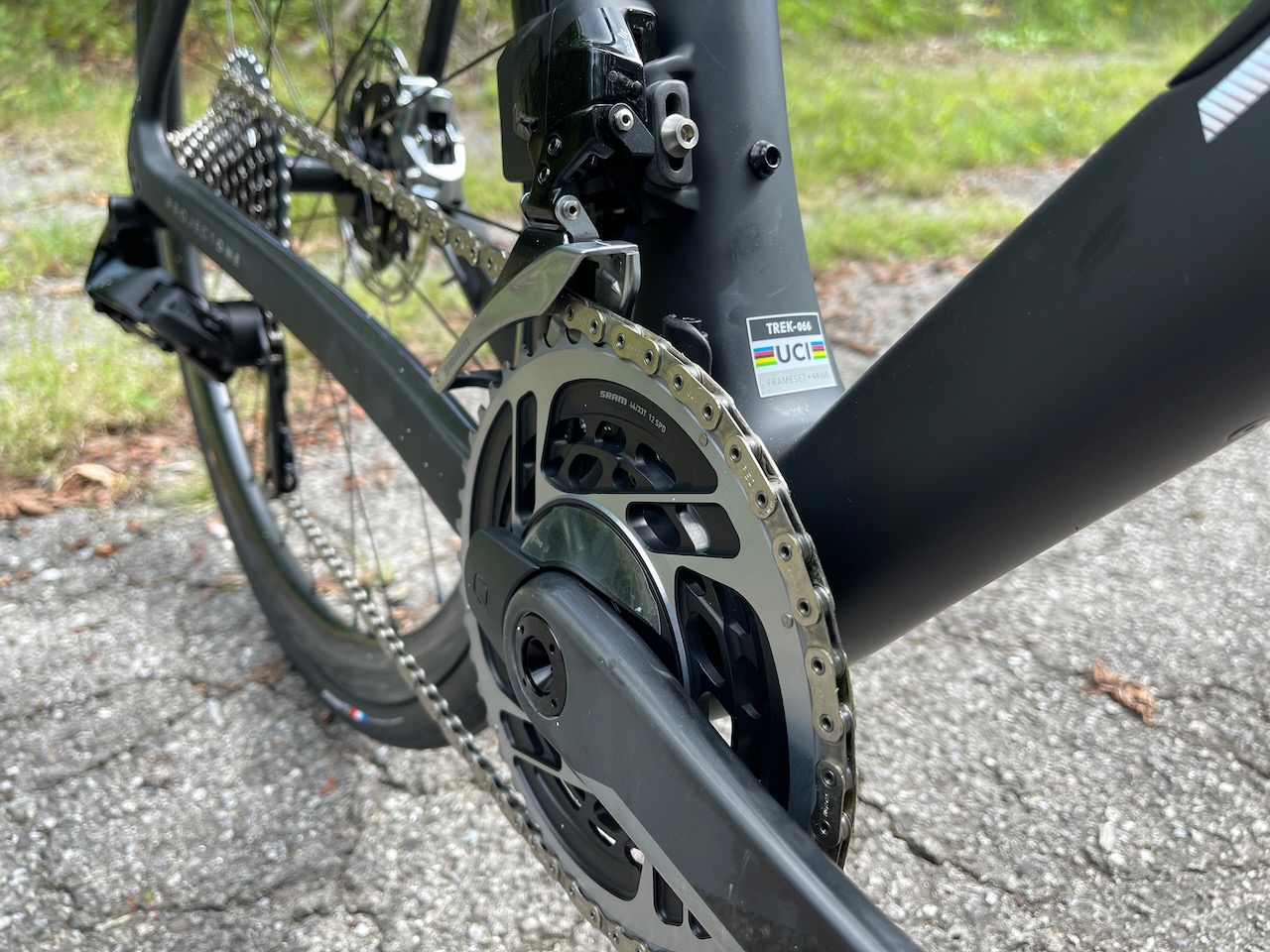 Domane SLR —on the gravel and beyond

The Domane SLR eTap is not a gravel bike but can still roll fast over it. I took the Domane on my local gravel and some select chunky bits to see how it would fare. The most notable transition from road to gravel was the sense of ease. Usually, when you roll from tarmac to stones, the bike can feel skittish and nervous (rider or bike). The Domane feels stable, and instead of holding your breath, you breathe out. 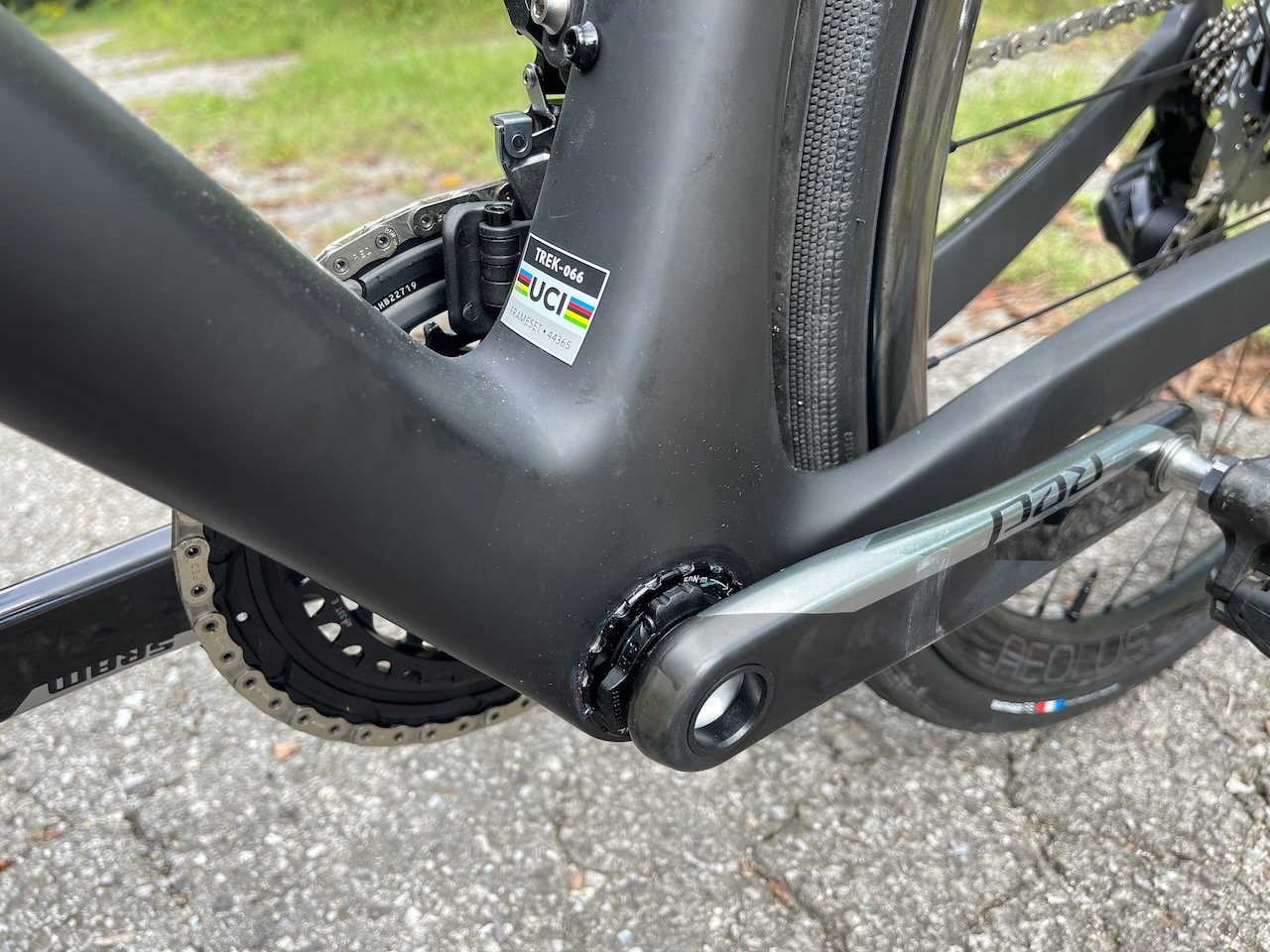 The longer wheelbase on the H2 fit (on the SL and SLR) allows for stable confidence in sketchy gravel predicaments. I attempted to “right the ship” more than a few times after a screaming descent; steadily, the Domane pulled us out. 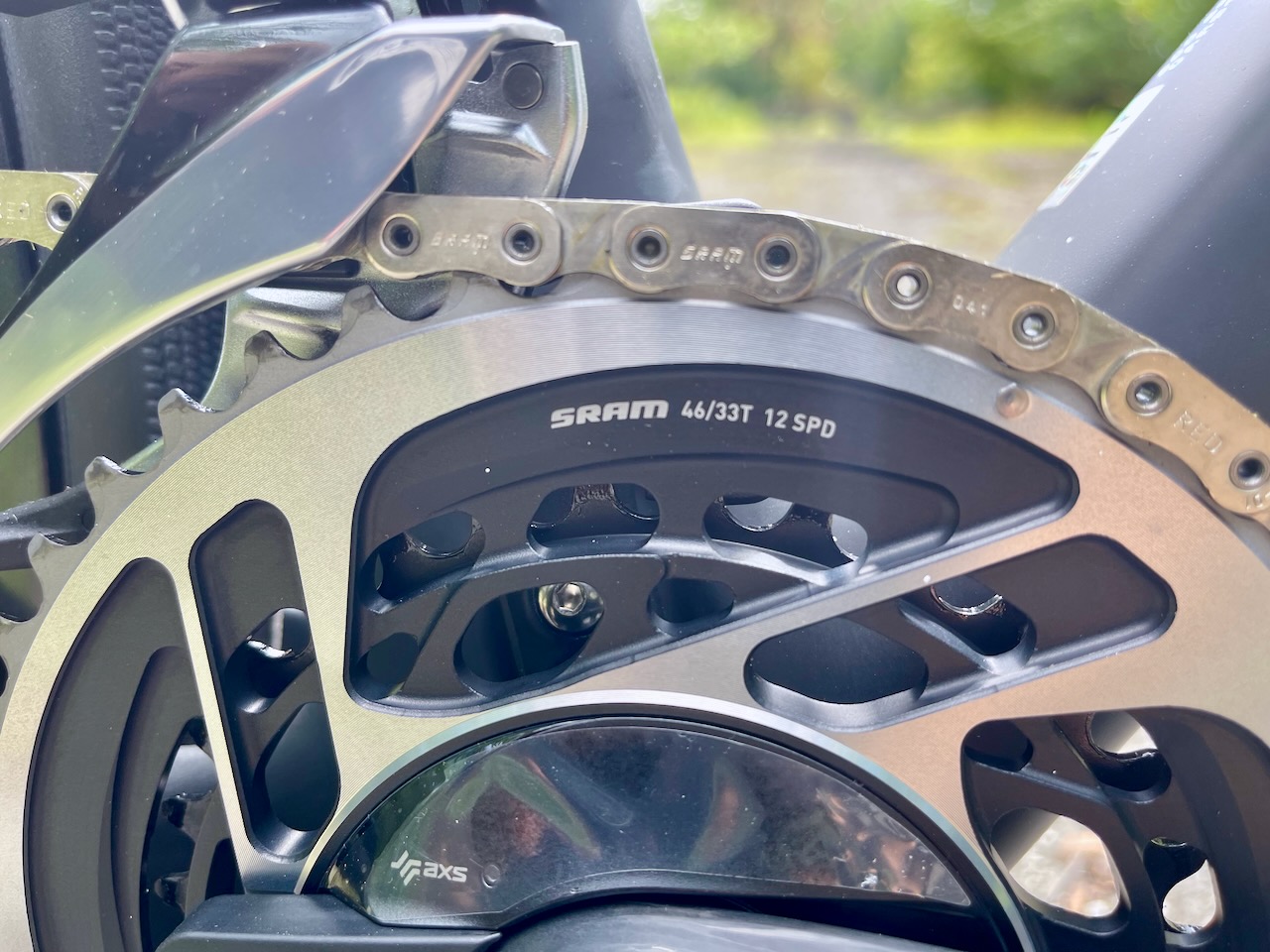 The component spec leaves the rider wanting nothing, the SRAM Red eTap performs flawlessly, and the chainrings are the perfect size for road or pave’. 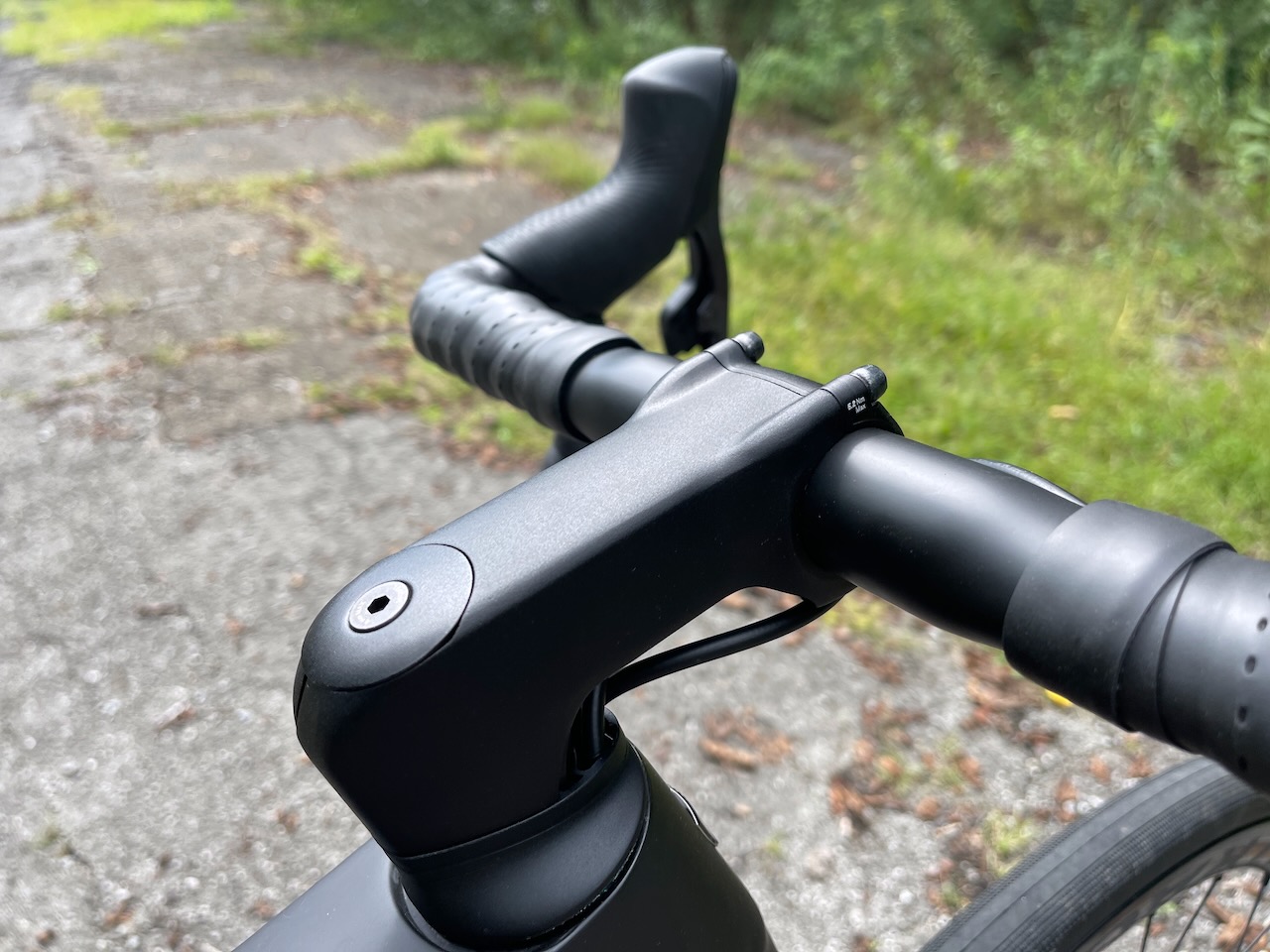 Bontrager has a new RCS Pro stem that accompanies the Domane SLR eTap, a fully integrated design that pairs well with the Bontrager carbon bars. RCS Pro is available in both -7, and +7 degree rise for those looking and fits many other Trek bikes. 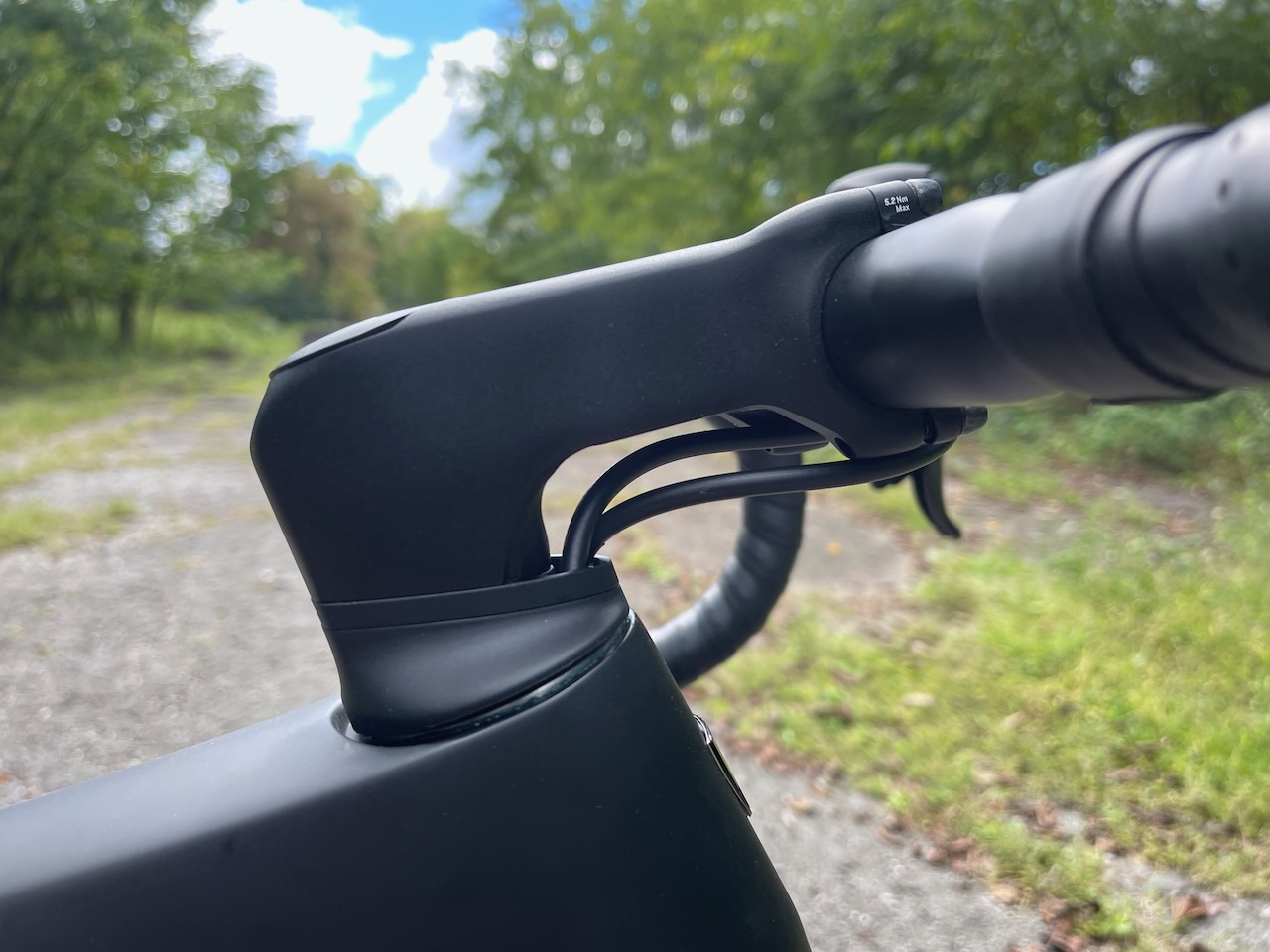 The stock 90mm stem with the 54 is slightly short for my fit but shouldn’t be hard to switch out, judging by the design of the stem. **For those wondering, the Madone SLR stem will not work on the new spacer configuration on the Domane SLR. 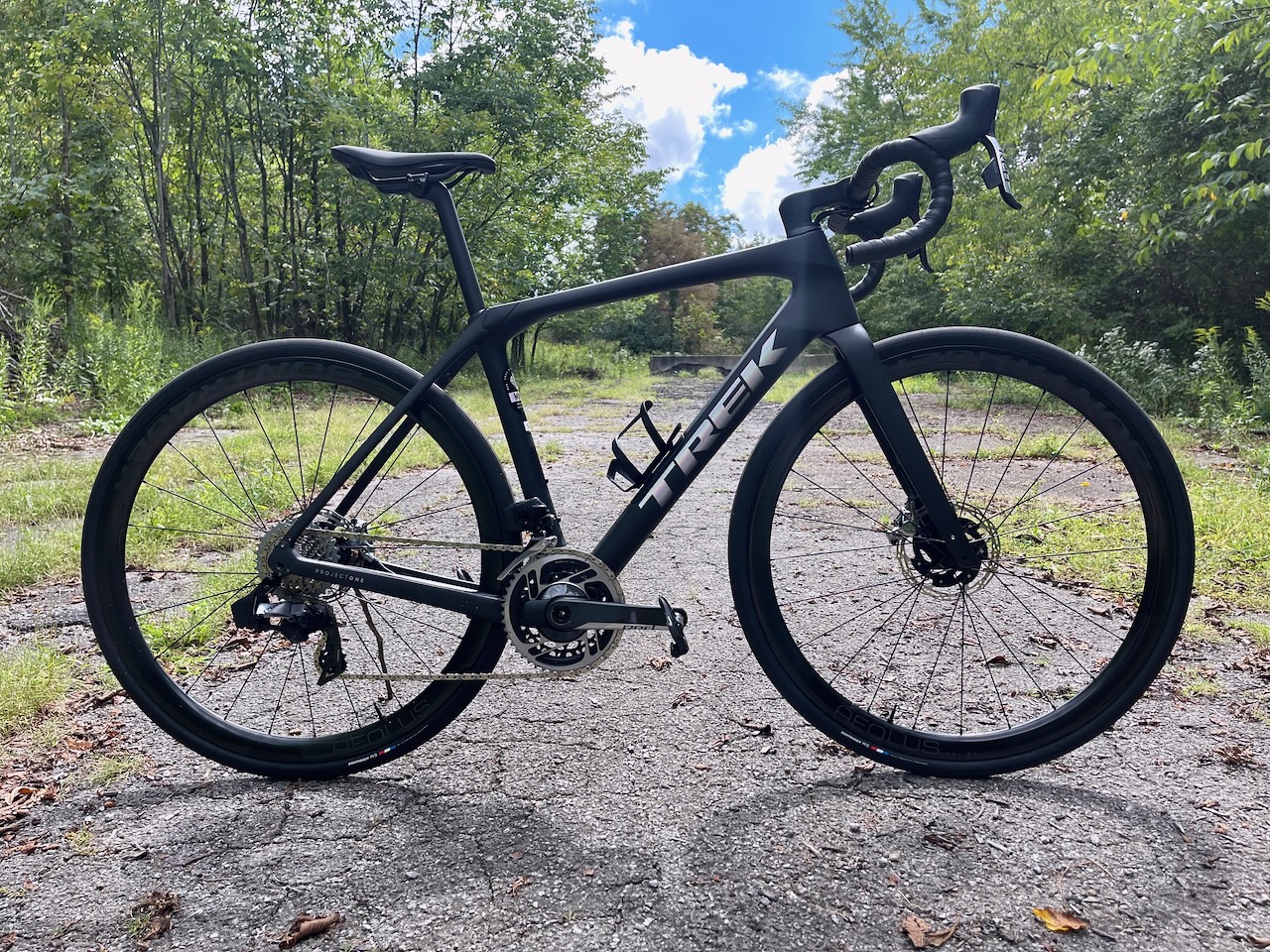 My initial impressions of the Domane SLR e Tap have been very positive. The ride quality has been supreme, and the snappy feel of the frame comes as a pleasant surprise. Look for a full review as we can more time and fall weather on the Domane SLR.

For more information and the full line details of the all-new Trek Domane, check out Trekbikes.com

Does this bike required the use of a proprietary Trek stem?

No. It looks like the tester is even missing it’s shroud that gathers the cables as they enter the head tube. The stock stem should make for cleaner routing but any stem should work.