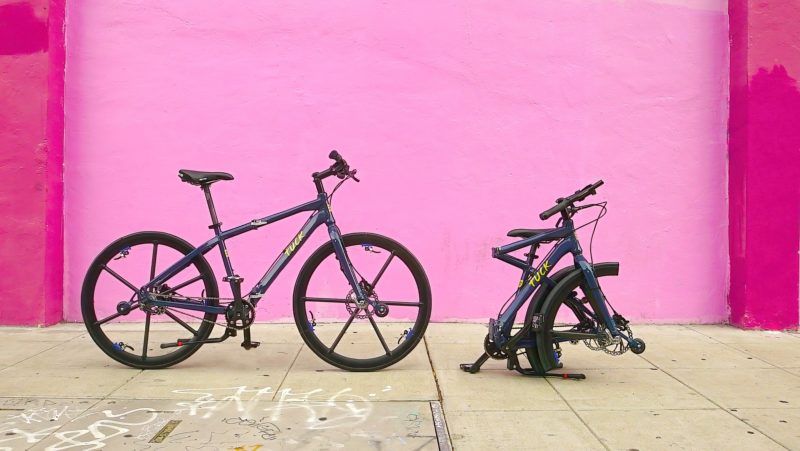 File this under things I didn’t expect to be writing about today—a full-size folding bike that also includes folding wheels. That’s right, the new Tuck Bike has wheels (and tires) that fold up into thirds. That makes it possible to create a full-size bike that folds down into the size of a compact folder with much smaller wheels and tires. But how’d they do it?

Tuck Bike’s story starts with its creator, Alex Animashaun drawing on his career in manufacturing and automotive engineering (which includes working on the hybrid Range Rover). As many of these stories go, Alex simply wanted to build a folding bike that he wanted to ride. That meant full-size bike performance but the ability to fold up as small as a traditional folding bike. Clearly, creating a sturdy wheel that could also be folded up would be no easy task. 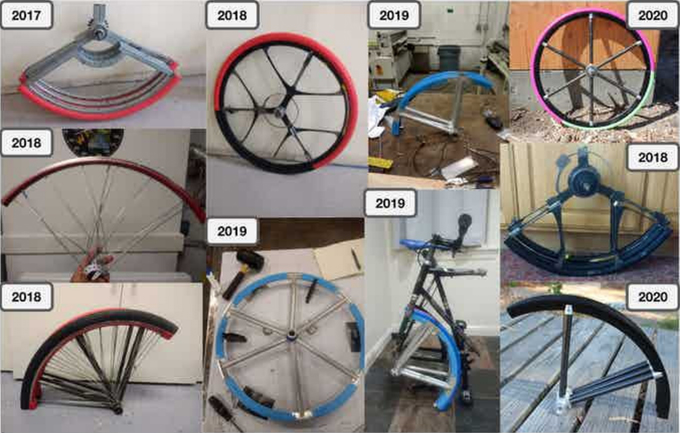 After numerous designs, Alex settled on the current design which sort of rotates into thirds rather than “folding”. The rim is reinforced at the ends and they’re held together with locking wedge clamps. Alex claims that the ends of the rim are actually the strongest part of the wheel, and when locked together they’re even stronger. There’s an additional lock at the hub, and the redundancy means that at least three of the four clamps have to be unlocked before any wheel segment can fold up. 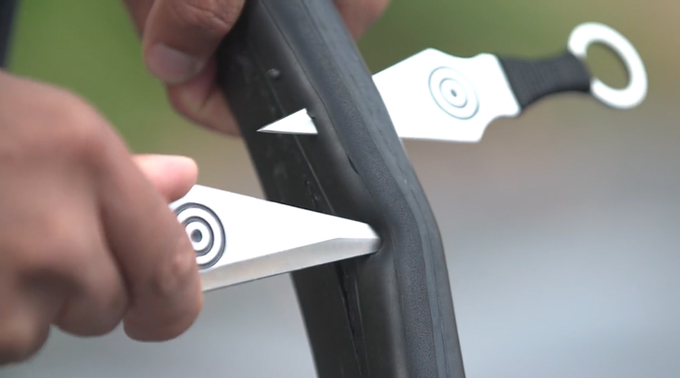 What about the tires? Well, it seems that the Tuck Bike is equipped with 700c x 27mm airless tires from Gecko. These are simply cut into thirds, and keep their shape because they’re airless and can’t go flat. Gecko’s patented closed cell rubber tech also means that these tires should grip better than the foam airless tires, and claim to offer all-weather performance from 0°C to 50°C (32°F to 122°F). 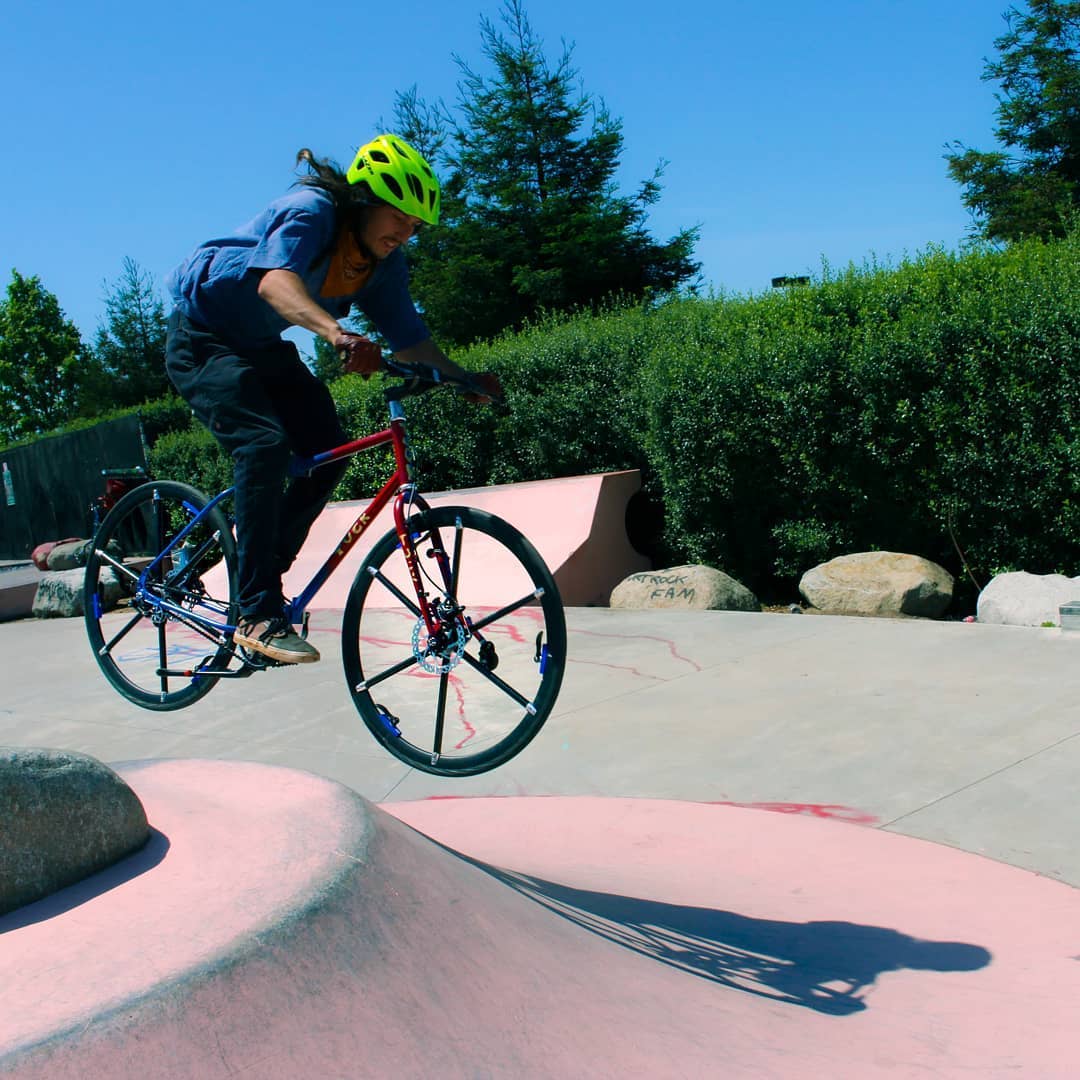 But are the wheels strong enough for aggressive riding? Alex addressed this by giving a prototype to a local rider and having them hit the skate park. Not that most people will do this on their folding bike, but apparently, you can. 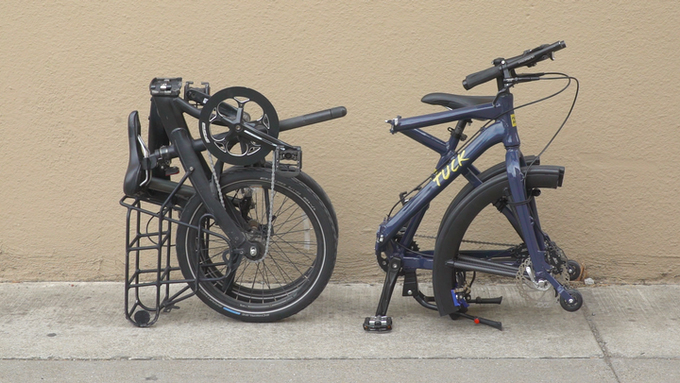 The big claim here is the ability to fold up to the same size as a small-wheel folder, and the side by side makes it look pretty close. 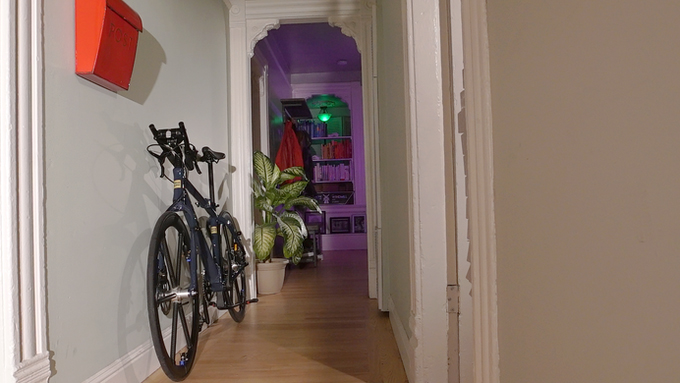 More importantly, there are multiple ways in which to fold it with cheeky names. Need more room in your hallway without completely folding the bike? The Curtsy allows just the handlebars to fold inwards. 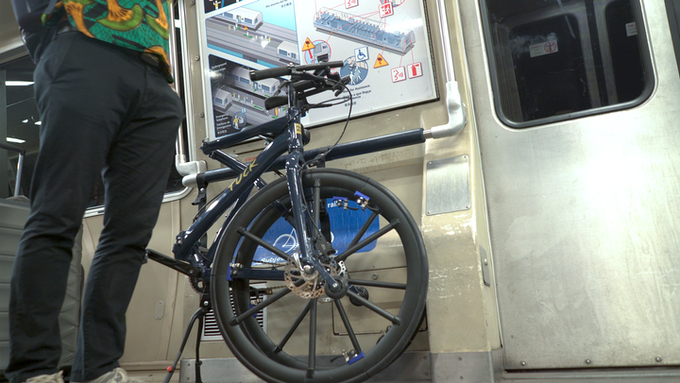 Need to fold it in a hurry, say to board a subway train? The Quickie keeps the wheels intact but folds the frame and the handlebar. In this configuration, you can roll it on the wheels themselves for easy maneuvering, and the centerstand keeps it upright. 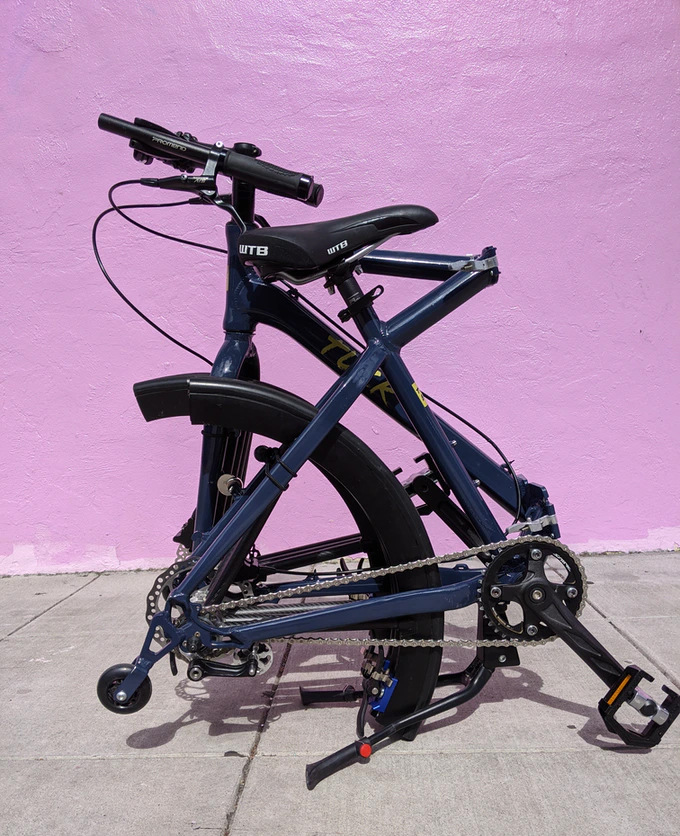 Finally, to conserve the most space possible, you need the Full Monty. Tuck Bike claims that this procedure takes less than two minutes and can be done without tools. In this configuration, the bike will fit in the trunk of compact cars, under your desk, and in other tight spots. Since the wheels are folded, the bike includes caster wheels to roll it around. 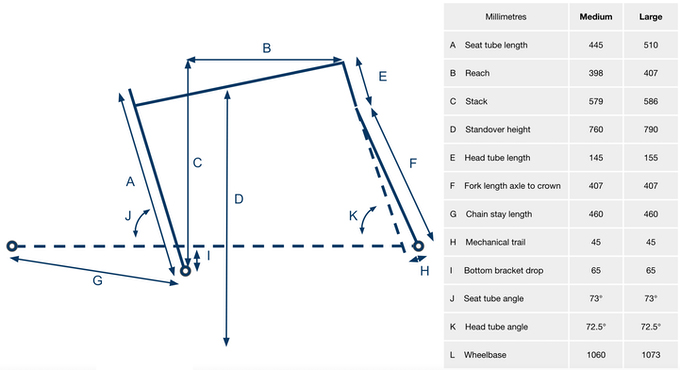 Currently offered as part of a Kickstarter, Tuck Bikes will be sold in two sizes, medium and large. Tuck Bike states that the medium should cover riders from 5’1″ to 5’8″ and the large will work for riders 5’8″ to 6’2″. 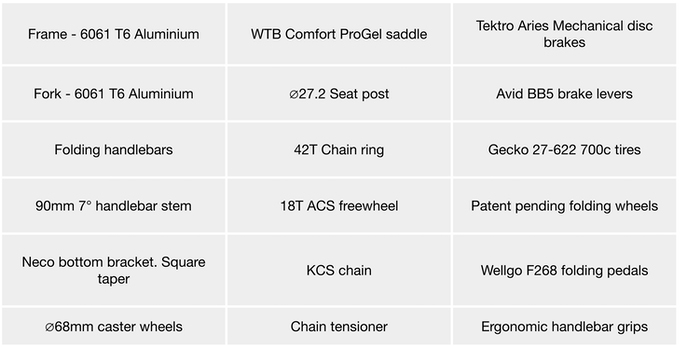 Offered in one single-speed build, the Kickstarter offers complete bikes starting at $1,695—if you’re willing to wait until October 2022. You’ll also need to pay a $149 shipping charge in the U.S. bringing the total to $1,844 at a minimum. These are limited to just the first 10 bikes in each size, with five of them already spoken for. Otherwise, the price bumps up another $100, with delivery still slated for 2022.

I think I’d prefer small wheels with air-filled tires rather than full-size wheels with solid tires.