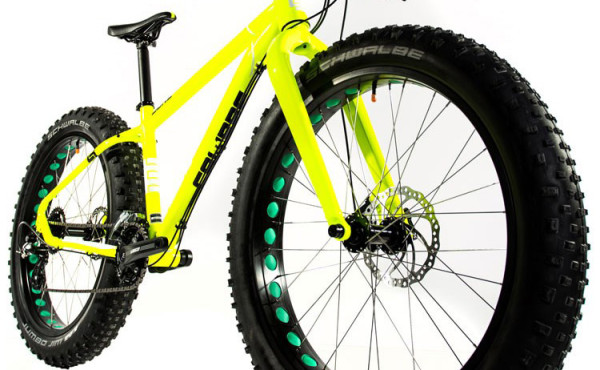 Our readers outside of the UK probably don’t know Go Outdoors, but they put together several bikes under their house Calibre brand that offer a lot of bang for your buck, so are definitely worth a look, especially for entry-level bikes. Plus from their online shop, international delivery to a very long list of countries is just £10 extra. Outside of the EU taxes and import duties come into play, but have a look if you are in the market for a high value bike. Pretty much everything is made of workingman aluminum, but with some decent spec across categories. There is a fat bike, kid’s bike, a women’s road bike, a 27.5″ hardtail, and even a cross bike. Hop past the break for details and pricing… 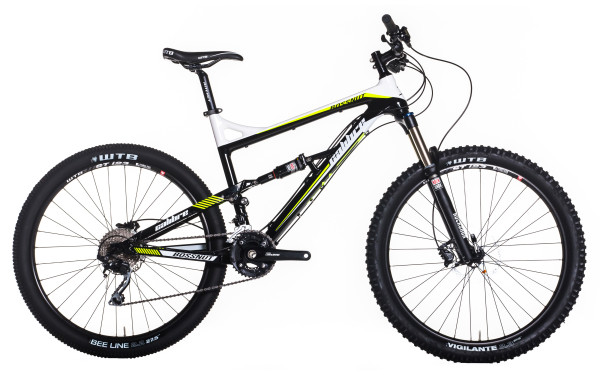 The £1300 Bossnut full-suspension mountain bike is the most expensive bike that Calibre offers (alongside a 105-equipped carbon road bike they’ve also introduced.) It has a double-butted aluminum single pivot frame with 130mm of travel. It gets a RockShox Sektor Silver Solo Air fork with lockout and Monarch R rear shock. It’s spec’ed with a full Shimano Deore 2×10 group, including a clutch-equipped Shadow+ rear derailleur and I-spec hydro disc brakes. The tubeless-ready WTB ST i23 rims even get built up on Deore hubs. Its cockpit comes via Ritchey alloy components.
(£1000 with discount) 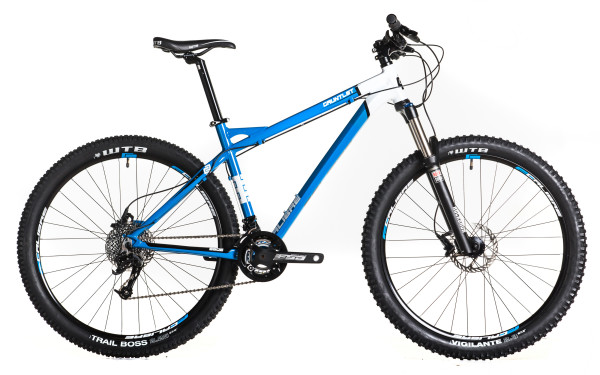 The £700 650B Gauntlet hardtail makes buy-in to the newest, greatest wheelsize a bit more attainable. It gets a 2×10 SRAM X5 drivetrain, Avid Elixir 1 hydro brakes, and a 120mm Rockshox XC32 Solo Air fork with a lockout. Short chainstays should keep the bike quick, and a slack headtube angle will make it stable when the terrain gets aggressive. Other components are relatively up scale too, with front and rear specific rubber from WTB, a WTB saddle, and Ritchey trail handlebar.
(£600 with discount) 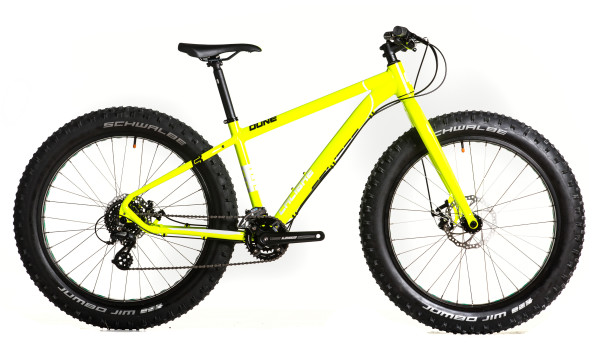 At £700, the Dune fat bike was put together both to ride the wet trials of the UK, and be able to transition to sand and snow too. It takes typical fat geometry and speeds it up a bit to better suit aggressive trail riding. Weight is always a concern for real rideability with fat bikes, so the Dune frame is trimmed as much as possible and the alloy rims get machined out for even less rolling weight. The bike comes equipped with Schwalbe Jumbo Jim Evo LiteSkin 4″ tires. Keeping costs low the bike gets a Shimano 2×8 speed drivetrain with a wide 11-34 cassette. Braking is handled by Tektro mechanical discs with 160mm rotors.
(£580 with discount) 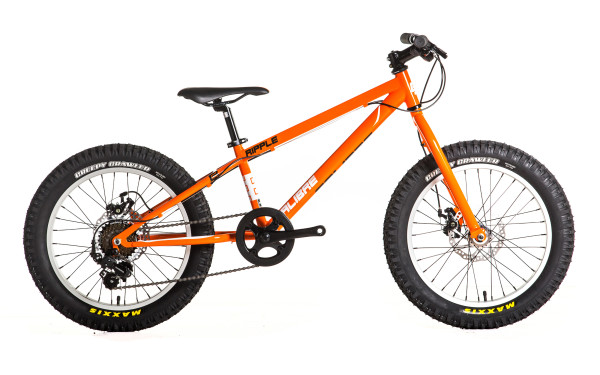 The Ripple gives kids a chance to get in on a little fat tire love. The £350 bike was designed around 20″ Maxxis Creepy Crawler 2.5″ tires, and while it isn’t properly fat relative to the Dune, it should grip well on soft loose terrain and be able to run low tire pressures with lighter young riders. Unlike most of the Calibre bikes, the Ripple gets a steel frame and fork to keep the price low, but also to make kid indestructible. A 7 speed Shimano Tourney setup gives it wide enough gearing to get kids out riding a mix of trails. For brake it gets Tektro Novela mechanical discs with relatively big 160mm rotors.
(£300 with discount) 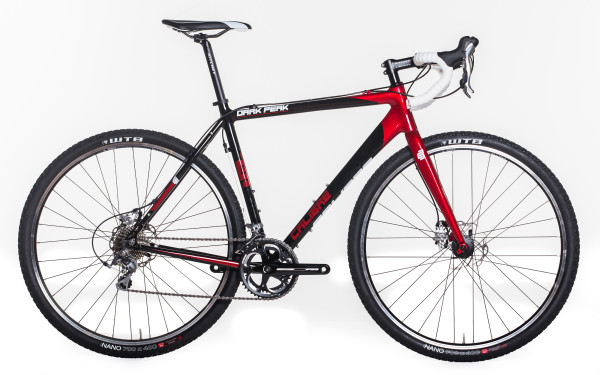 The Dark Peak is Calibre’s cyclocross bike ready to hit the tape this fall. At £800, the do-it-all, ride-anywhere bike is a bit more adventure than race. Its geometry leans toward comfort and endurance, with a long wheelbase for stability off road or even loaded down. It gets a carbon fork to try to keep weight down in addition to the double-butted alloy frame, but also for a bit of dampening. Sticking to its long, adventure intentions, the frame gets rear rack mounts and 3 bottle cage mounts. For a durable set of wheels, it uses tubeless-ready WTB ChrisCross 19 rims, shod with 40mm Nano tires. The new Tiagra 10-speed drivetrain lays down the power with an FSA Vero Cross Compact (46/36)crankset and a 12-28T cassette. Braking is via Tektro Lyra mechanical discs with 160mm rotors, with the cockpit again mostly handled by Ritchey.
(£700 with discount) 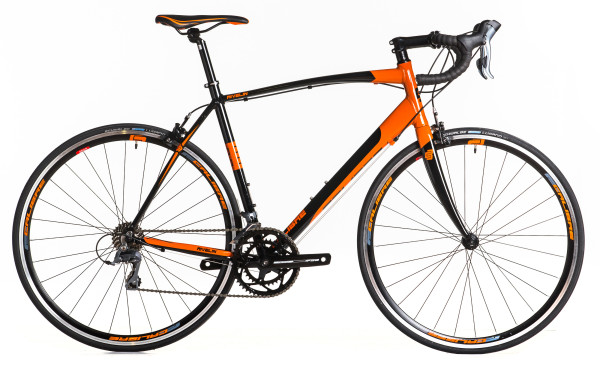 The Rivelin is a £400 affordable road bike with an emphasis on all-day comfort. It has an upright riding position with compact geometry. Its light aluminum frame gets shaped seatstays and a carbon fork to help dampen vibrations. The bike includes a rear rack mount, a carbon fiber fork, and a Shimano 8-speed Claris drivetrain with a FSA compact crank.
(£300 with discount) 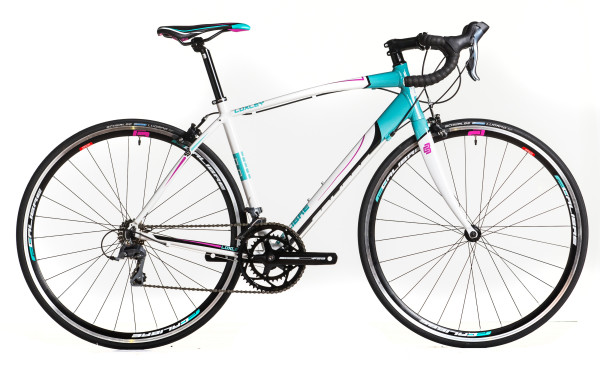 The £400 Loxley women’s road bike works in all of the same tech as the Rivelin with a little tailoring for women. It again gets a slightly more upright position to suit new road riders. Geometry also claims to be women-specific but Calibre didn’t really go into much detail, other than that is is available in one smaller size, down to a 49cm. Other wise the component build seems the same, with narrower bars for women.
(£300 with discount)

Pretty much across the board, all of the Calibre bikes get around £100 off with a Go Outdoors member discount card. We don’t know what that entails for those out of the UK, but it’s worth looking into if any of these bikes strike your fancy.

Race to the bottom and no accountability for the brands participating in it.