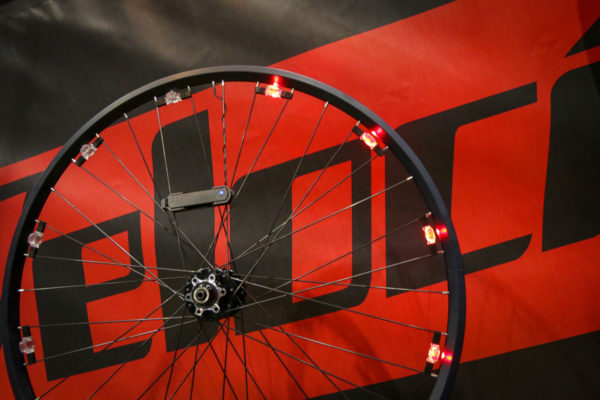 Remember Revolights? The lighting system that mounted to your rims to create stationary white and red illuminated patches on your wheels and tires for increased visibility? Well, their idea looks like it will soon be integrated into the rim itself. 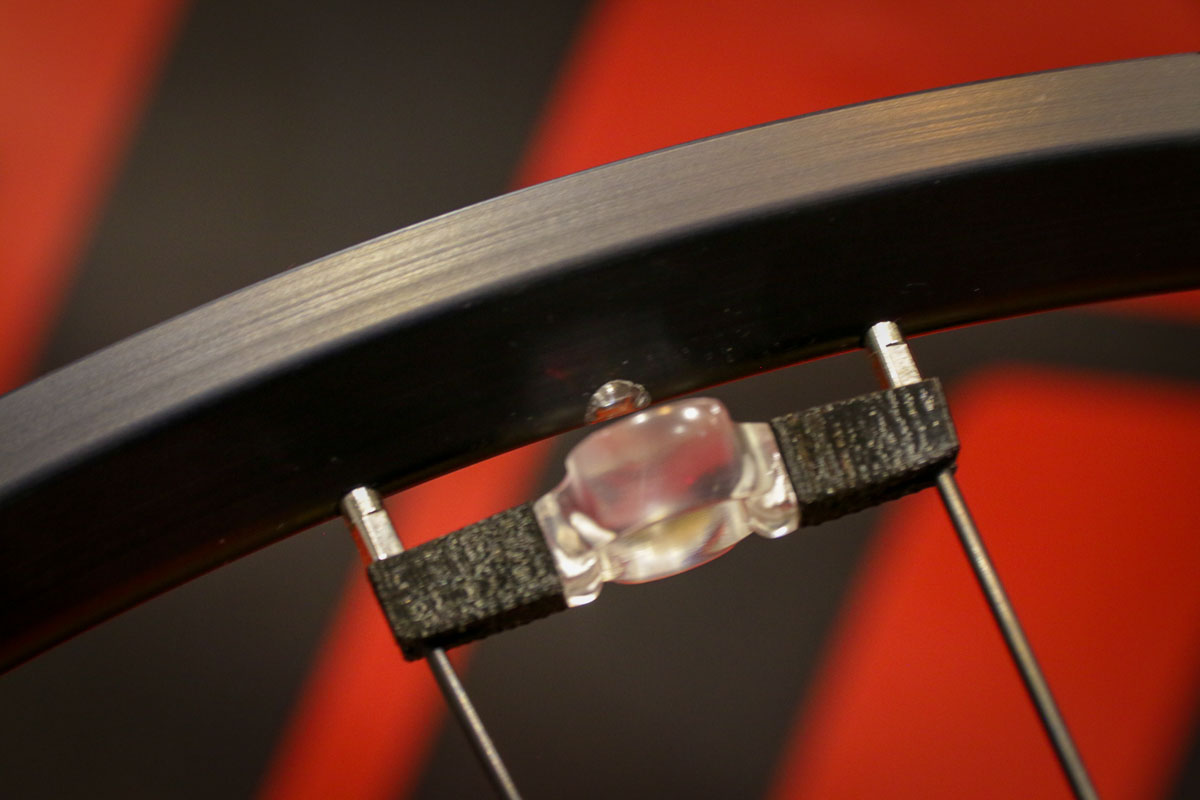 The last time we posted on the Revolights Eclipse+, readers commented that once it was integrated into the rim, that would be the ticket. Well, they’re getting close. Shown at the Velocity USA booth, the company has been working with Revolights to do just that. The LEDs are now inside of the rim channel with what looks like valve holes at each opening. 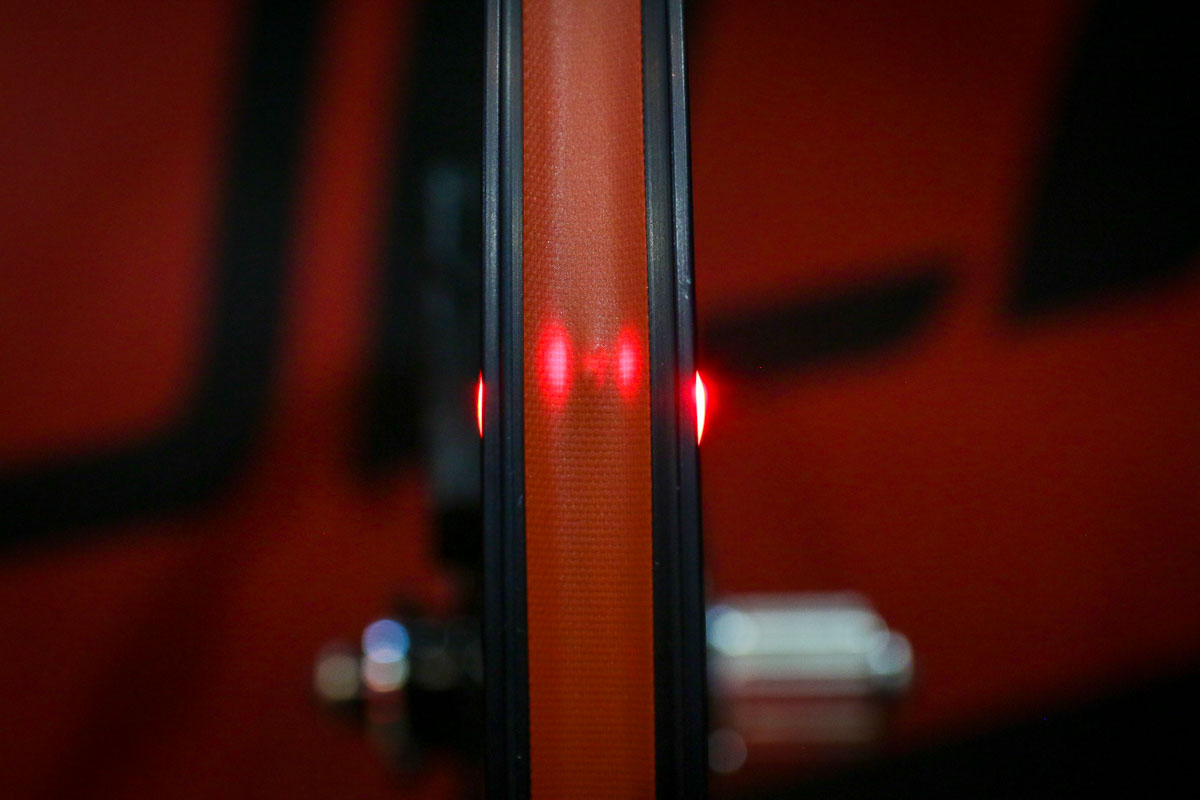 Above each hole is a reflector that pushes the light out past the sides of the rim for even more visibility. 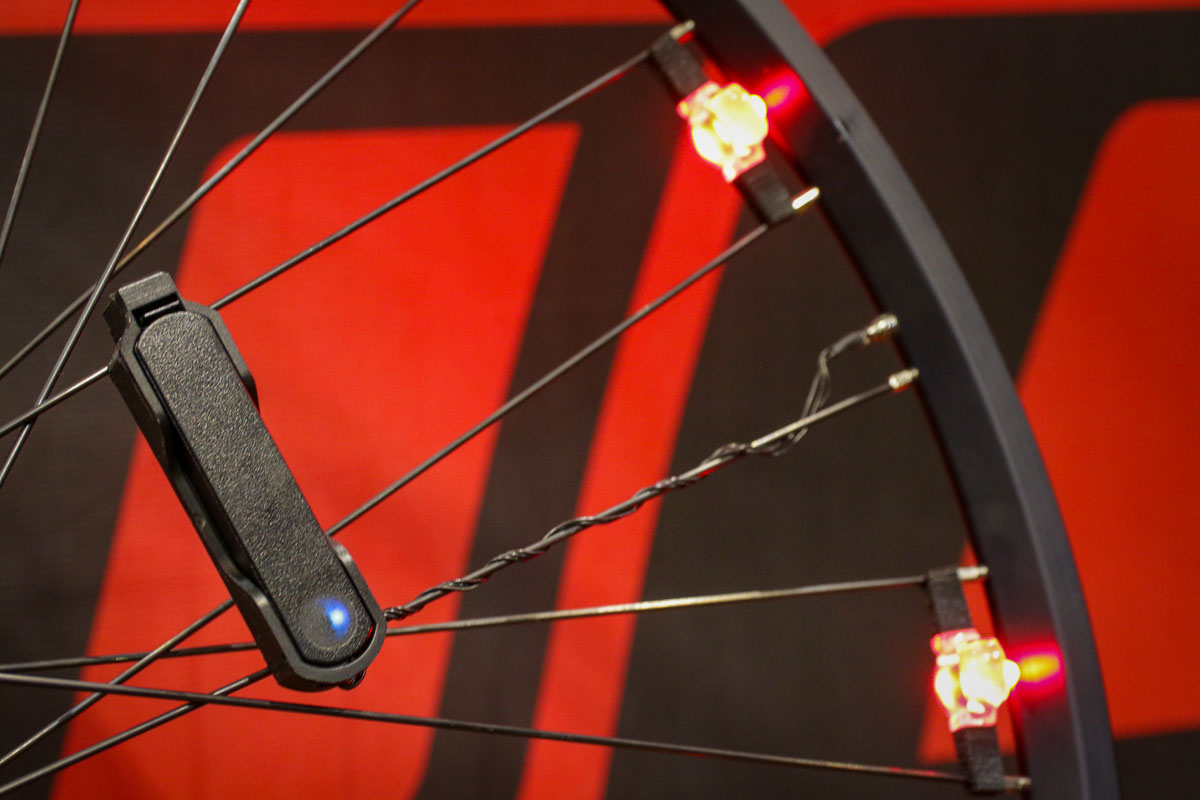 The rechargeable battery pack will still clip onto the spokes to get the weight closer to the center of the wheel (and to allow for a larger battery pack). 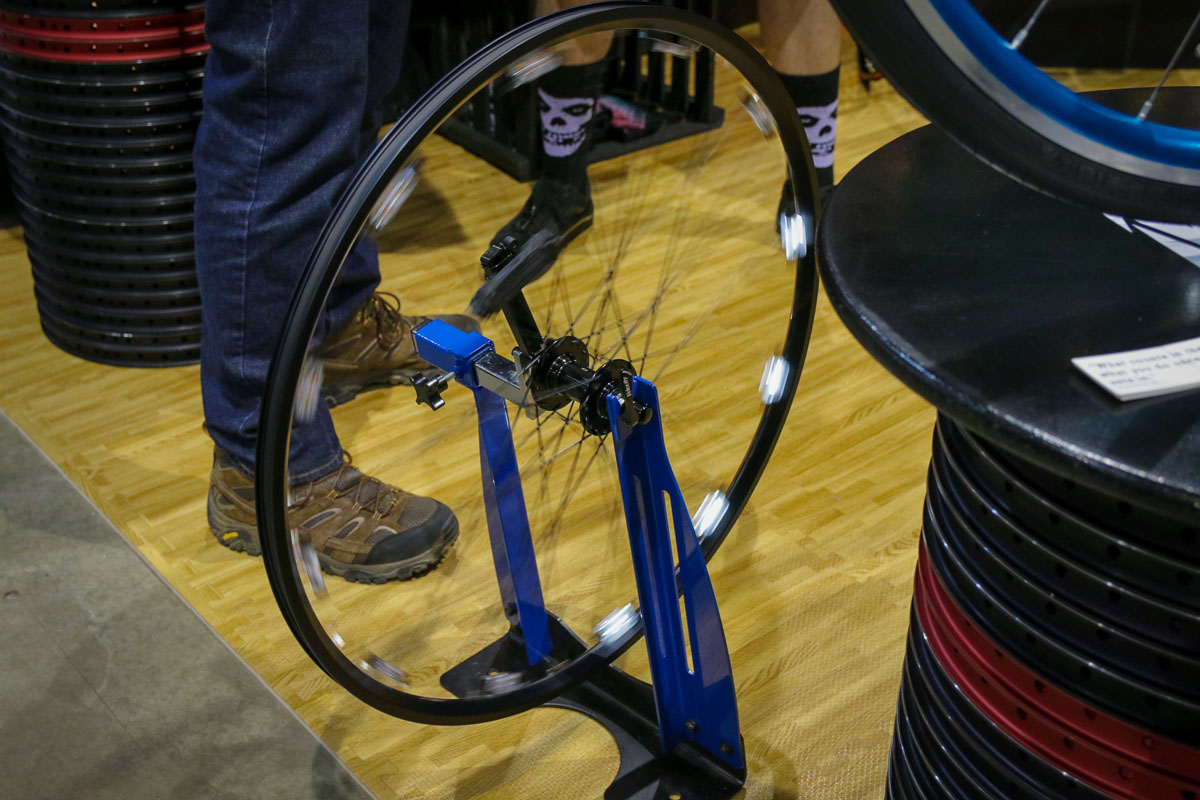 Like other Revolights, only the four LEDs in either the lower right or lower left light up providing what appears to be a solid block of illumination at night. Velocity tells us that they are still in the protoype phase, but they expect to have production versions first in 700c rims. Stay tuned. 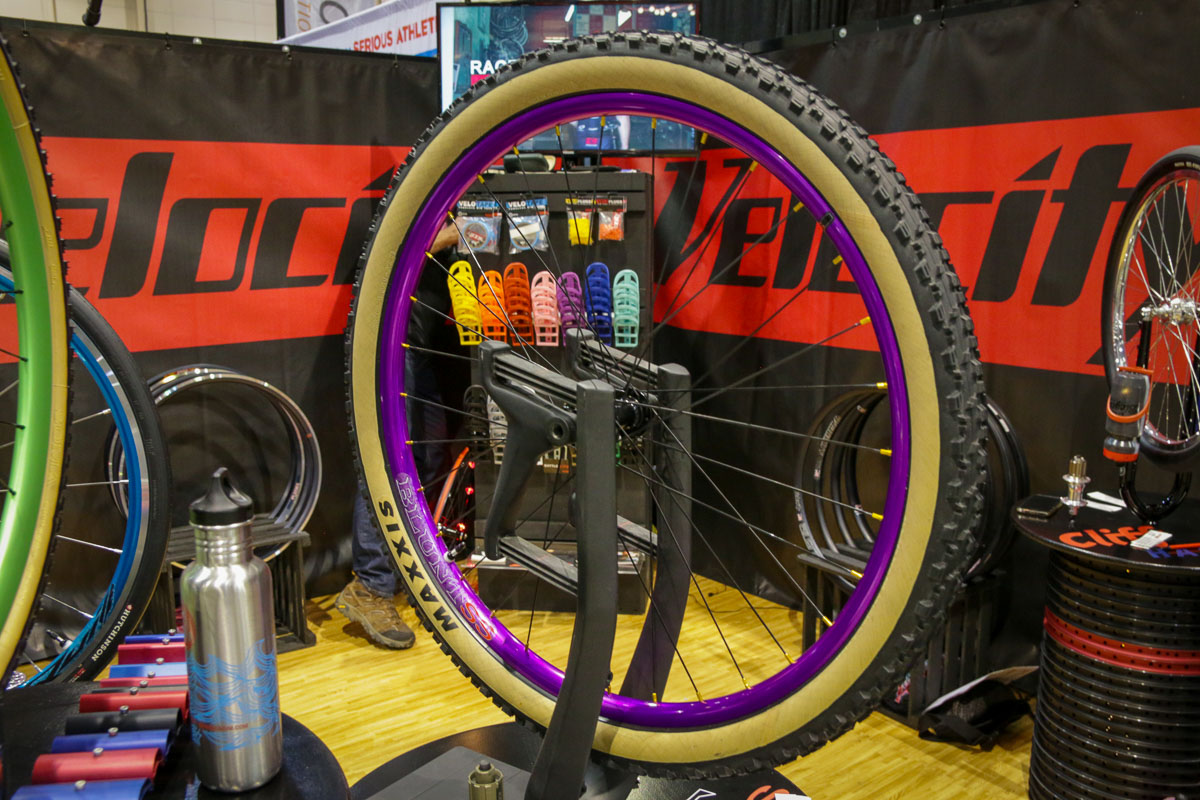 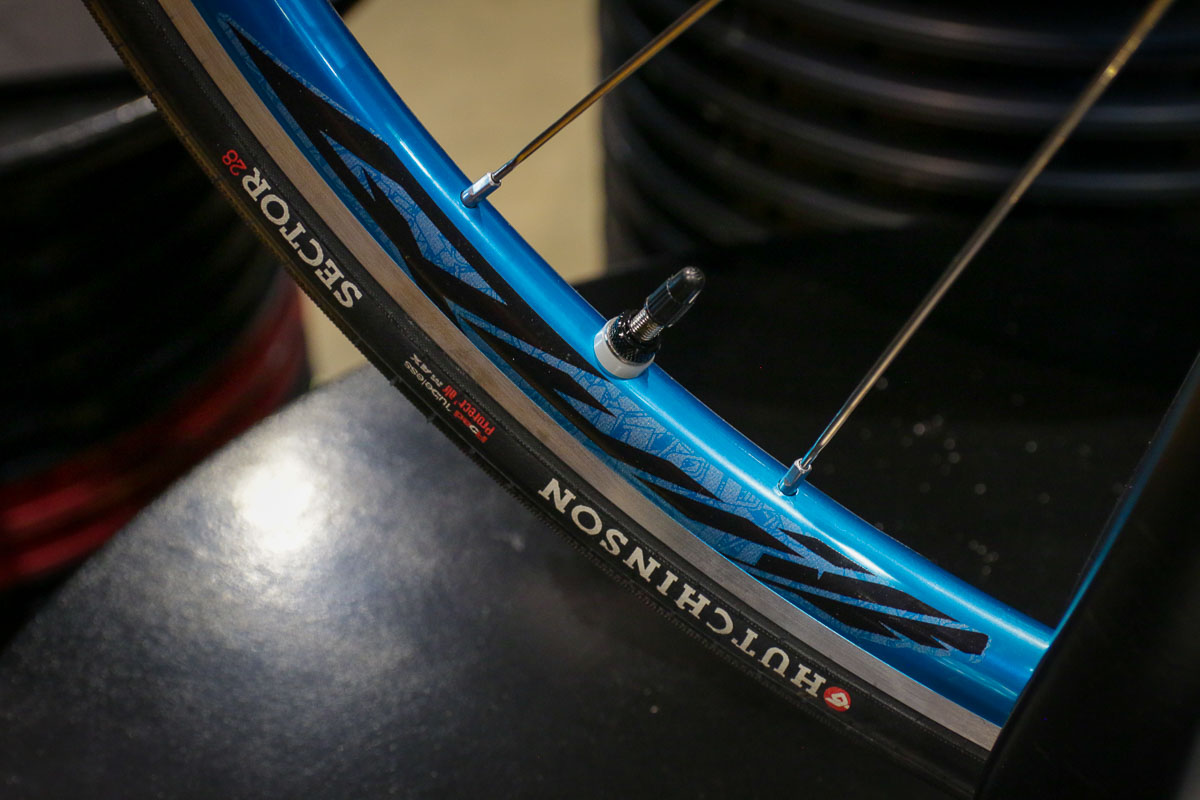 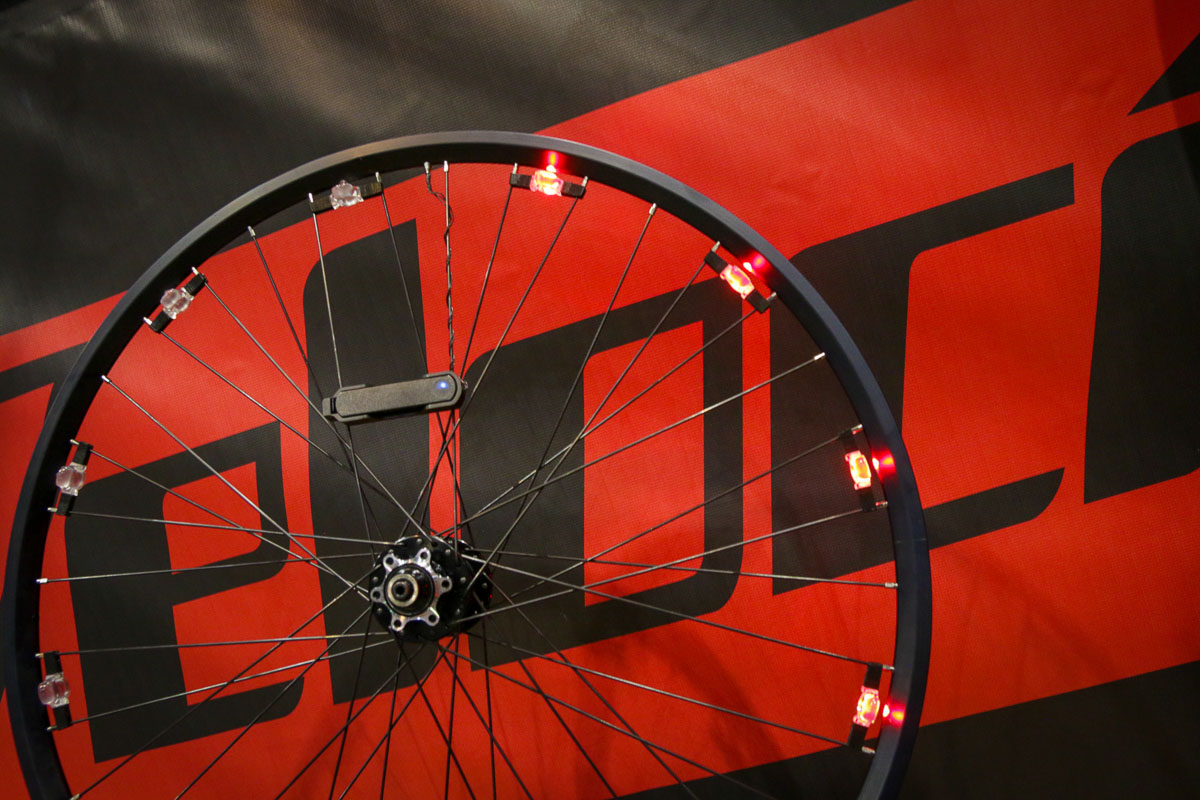 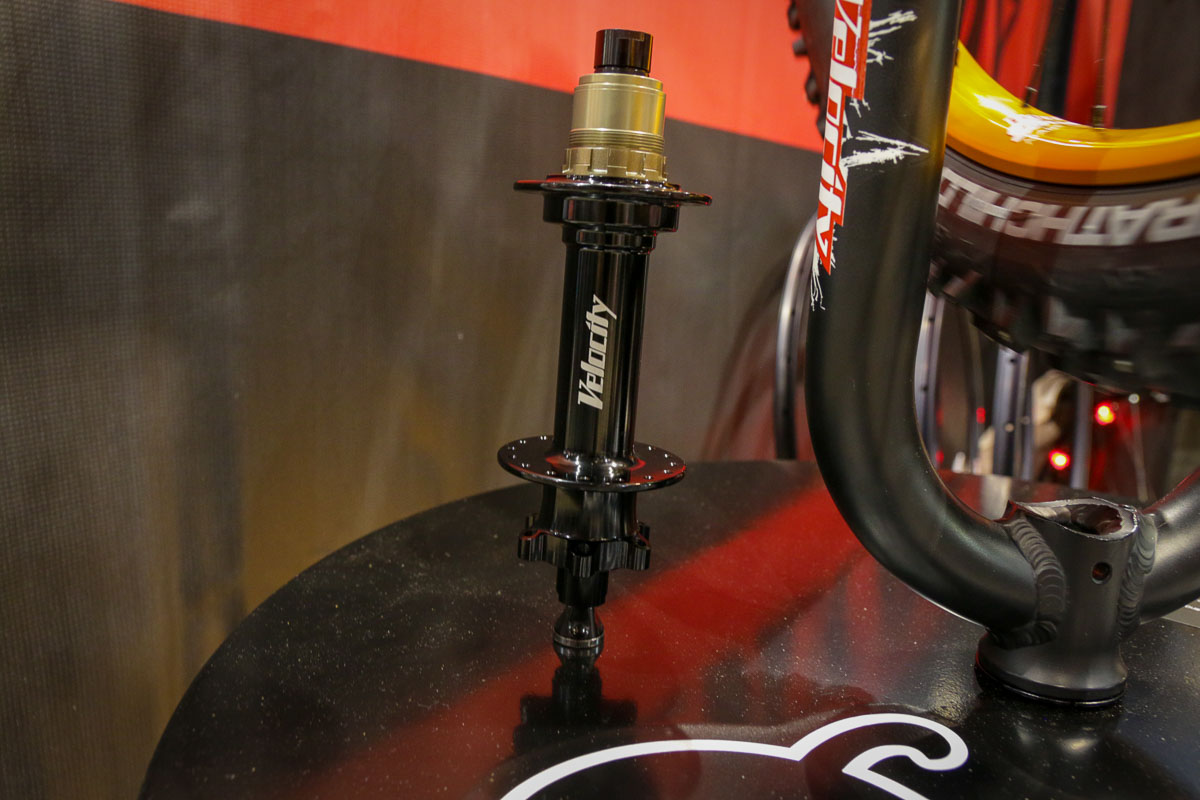 Elsewhere, Velocity has expanded their hub and rim options to include the Quill in 650b with new anodizing options for rims as well. Hubs now include options for 177 and 197mm fat bike hubs plus Boost and SB Dynamo hubs.

I came here to rag on the rim lights for being needlessly complex compared to current rim/wheel light choices… Then I saw the purple ano rim and all was well again. Purple ano everything.

The custom colors they are doing on top of polished rims are so good.

Why a reflector when they can just have the LEDs turn on when closest to the rider and pointing away?

side visibility is what that lens adds.

I would like to see a modified dynamo hub power these wheel lights.That would be really be something.

What’s up with the extra part on the valve stem?

It’s basically a nylon spacer, helps to keep the tubeless valve stems snug but not cranked down.

Cool novel idea, but I don’t think it will take off well. I would certainly like similar wheel lights for safety, but it is hard to justify buying a whole new wheelset just for lights. Surely it would be cheaper, lighter, less complex to just to get a monkey light.