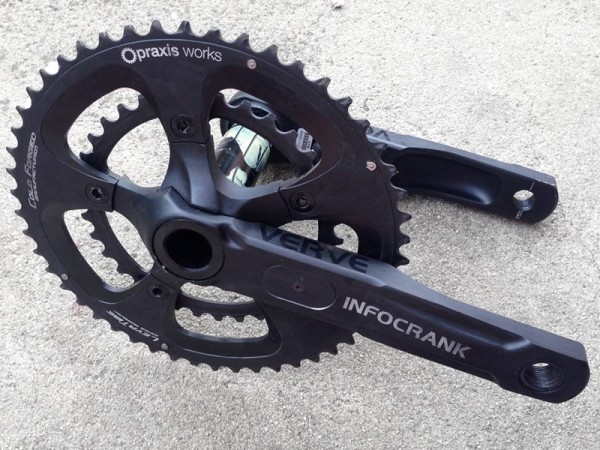 Verve’s excellent two-sided, direct load path measurement InfoCrank power meter just got more affordable. After having spent the last year growing their network worldwide, both training coaches to help customers get the most out of their new power meter and getting more experienced retailers on board, Verve has taken a step back and worked on innovating their process and on more efficient worldwide distribution so they could lower prices overall. The result is they will be putting out a lot more offerings in 2016, and they’ve been able lower the cost of access to accurate power data. Check out the new pricing and some important news after the break… 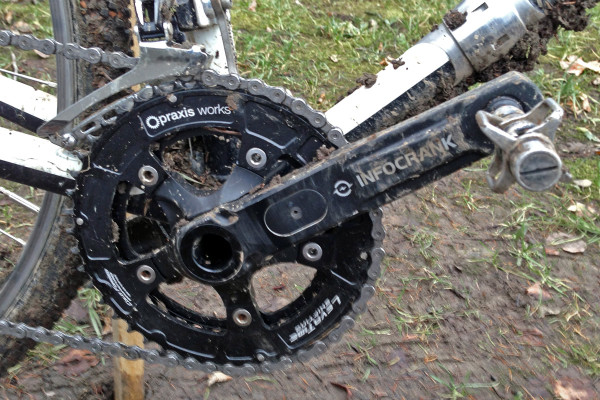 In development news, Verve Cycling recently bought out their tech partner, Breakaway Innovations, who had been building their chip hardware. This is a bigger deal than it might seem, as it both allows Verve to reduce costs, but more importantly it gives them better and faster control over the development and implementation of hardware and firmware updates. That will let Verve get updates out more quickly and will possibly allow increased functionality to develop faster. One such running update that we’ve heard talk of is an over the air update that will allow current and future InfoCrank users to ditch the external cadence magnets at the bottom bracket and instead track cadence through the change in angular input to each crank arms 4 strain gauges. That will be a big boost for customers with atypical bottom bracket configurations, or for cyclocrossers (like us) who get mud buildup around the external magnets.

A big part of the production optimization is a cost reduction, and Verve says they are happy to pass these savings onto future customers in time for holiday shopping. As of today the new retail pricing for any of the InfoCrank variants stands at $1400 /  £1150 /  1600€ /  AUS$1950, which amounts to a 12-20% savings. 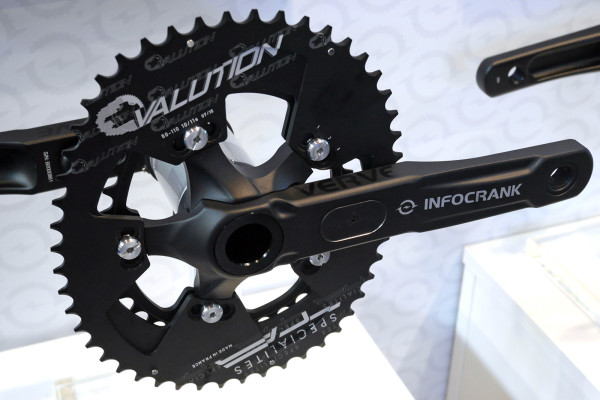 As we showed in our coverage at Eurobike, the InfoCrank has added a lot more compatibility options this fall. The new 24mm spindle versions and 130BCD aren’t yet available but are expected in spring/summer 2016. Also the shorter 155-165mm cranks are currently in production, so will hit stores in early 2016. For now customers can select: crank length from 170-175mm; compact and mid-compact Praxis or TA standard road chainring sets; the appropriate 30mm Praxis bottom bracket for your bike. All Infocranks also come with trial subscriptions to leading analysis and data recording programs to help you get the most out of the power data.

still a lot more than a p2max

Good price point but about 5 years too late to market.

I picked up one of these yesterday and its heavy as compared to my Hollowgram SiSL2 with a Stages.

Ive got 5 Stages and havent had a problem with any.

95% of the Stages I see sent back for warranty don’t even have a problem! The user just doesnt know how to sync up their garmin or update firmware properly or the battery is put in the wrong way haha!

Stages all the way.

Lightest, stiffest, cheapest and most aesthetic.

I guess if you are paid/sponsored to use it perhaps.

Infocrank is different in these ways:
1. Direct power measurement using strain gauges as opposed to inference based on deflection.
2. True left/right measurement instead of doubling a single-leg measurement.

These are the reasons that SRM and Quarq, in addition to Verve, have continued to survive. Those who want something simple and inexpensive may choose Stages or the like, but those looking for top accuracy and thoroughness of data collection will pick the higher-end products.

I really have to disagree re Stages. Head over to the ST forums or the Wattage Forum and you’ll see nothing but trouble and disappointment with them and that’s coming from a rather serious and competent set of users.

Power2Max, Quarq, Powertap hub/pedals are all far superior options at very reasonable price points. Pioneer and SRM are also solid if you’re willing to spend that much.

Still too pricey…
Regarding Stages: I’ve used two for 1.5 years, 9000 km on my MTB (including a lot of MTB races) and 10k+ on my road bike. The only issue I’m just facing with, the covering on my Stages XTR crank gauage has been cracked somehow so I need to send it back for service.
Nevertheless, I’m tending to agree with Cornelius. I’m using a Power2Max (Type S) as well on my training bike, it’s a different world.

How do you think Stages measures deflection, Fiver? That’s right, with strain gauges.

Here’s the thing: The infocrank is a great piece of tech. It’s super accurate and measures power more accurately than most solutions on the market.

The problem is, that doesn’t matter. If a power meter can give you +- 10% accuracy, compared to itself, it’s a very valuable training tool because it still provides many of the benefits (removing external factors from heart rate, measure of effort vs impact, etc). The premium for something like this just isn’t that much of a value add for your average person who actually wants to improve their racing with a power meter. The powertap remains the best bang for buck in terms of price to accuracy ratio, but the stages is coming close to it from a value proposition because you can use multiple wheelsets and still get consistent readings.

By consistent I mean, enough to measure results, and improve based on said measurements. The InfoCrank is cool, it’s built onto the very nice Praxis BB system, but really.. no one needs it, and anyone who DOES need that level of accuracy is probably enough of a snob to go buy an SRM. The in between market is already covered by quarq, so… if anyone from InfoCrank is listening, you guys need to find a market to sell to. Your product is good, but it’s price point and it’s utility just don’t add up for most consumers.

Lol, deflection and strain….
Strain is calculated from deflection data and measured with a strain gauge. So many people caught up in the hype around power meters. This is truly the gadget age. Get the power meter that looks the nicest on your bike and go ride. The rest is just mass debating…..

@Dirianrider you select a power meter on lightest stiffest (what ever that means this context!) and aesthetic? I guess your just not ready for a proper powermeter of what ever make just yet.

@Bill ‘enough of a snob to buy SRM’ Infocrank was developed to check the AIS SRM’s because they weren’t accurate OR consistent. SRM is only one sided. Any snob with any sense, or even any cyclist who truly understands training with power, will be buying Infocrank.

Why do you think British Cycling (a national federation not a commercially operating team) chose Infocrank over every thing else?
+/- 10% is good enough? Would you say that of a weigh scale in a shop? The fuel pump when filling your car? Your monthly salary?

Just do some simple calcs on your own performance. How much better would you need to get if you can’t even measure the improvement till it gets to 10%? or even 2% Unless you are just starting out you are probably only improving, (or falling behind during the winter) by 1-2% If that is the resolution of your measuring device it’s not doing anything for you

@Cheese, look up youngs modulus related to stress and strain. All deflections/load are not created equal and where and how those gauges are placed is critical.

Stages et al are toys compared to SRM/Pioneer/Quarq/P2M and now the gold standard Infocrank. You get what you pay for guys.

what about Rotor InPower? Same price as stages, but price is for left and right crankarm together. Better Battery-compatibility (AA) and cleaner look.

there are a few new Sram Red Quarqs on the bay for like $850.

And since we’re talking about power meters, and not my salary, yes, as long as the measurement is consistent on the device how that relates to watts actually being produced is irrelevant, so 10% from actual is plenty ok.