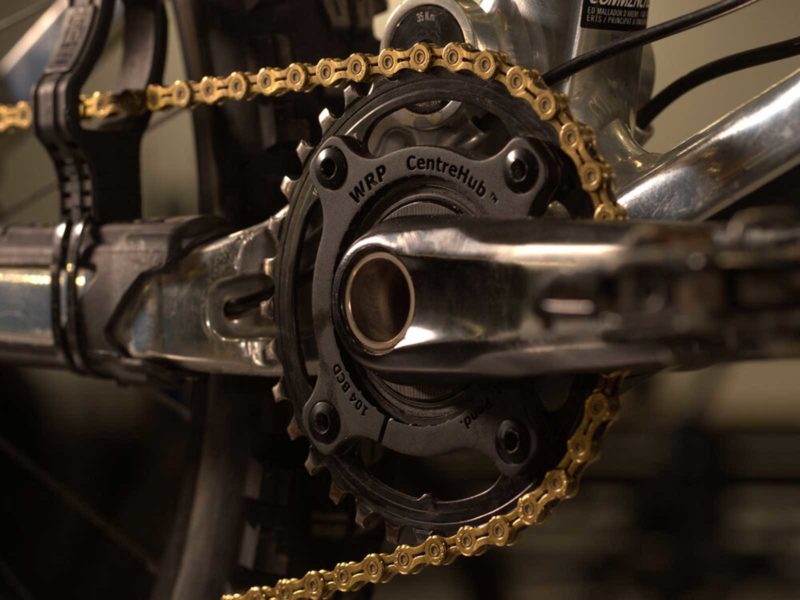 Australian Component Manufacturers, Williams Racing Products, have released a CentreHub Spider said to decouple suspension and drivetrain forces, in addition to allowing gear changes without pedaling. The one way freewheel clutch at the heart of the spider is central to its function, allowing the chainring to rotate forwards while the cranks remain stationary. When you do pedal, engagement is instant. 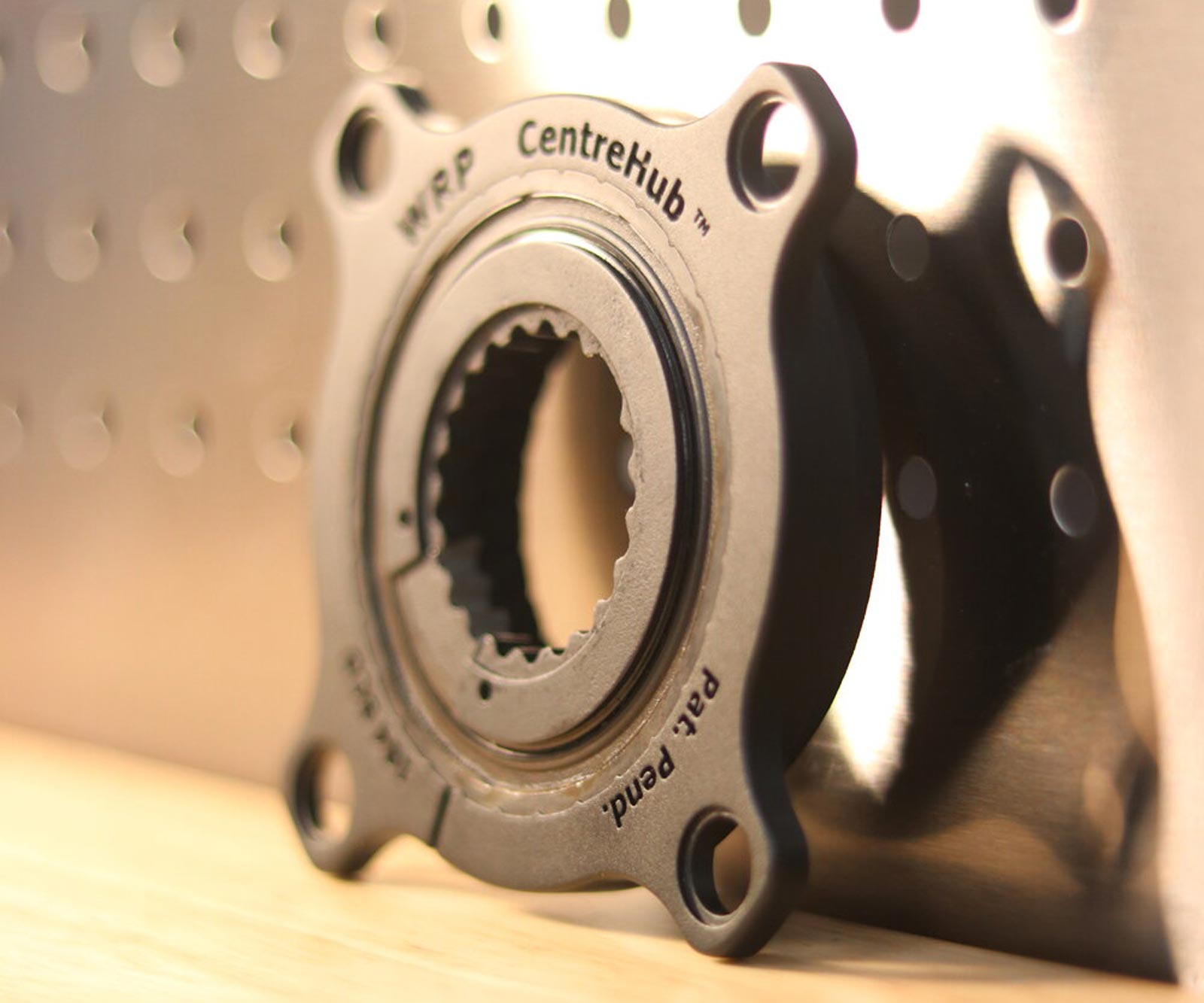 The Williams Racing Products CentreHub Spider keeps the drivetrain running as you’re coasting along, by virtue of a one way freewheel clutch. So, as you’re rolling down a hill, not pedaling, the chainring and cassette are continuing to cycle the chain through as though you are pedaling.

First up, why? With the drivetrain continuing to run, you can change gear when you’re not actually pedaling, something that is impossible with a traditional drivetrain where the freewheel is located at the rear hub. This can of course be an advantage across cycling disciplines, but seems to make most sense in downhill racing where pedal strokes need to be extremely well-timed, with each one crucial to maintaining momentum.

In that scenario, you want every pedal stroke to be as impactful as possible, rather than spending the first few engaging the right gear for the speed you’re travelling at. With the CentreHub Spider, you can change gear while you’re not actually pedaling, making sure you’re in the exact gear you want well ahead of the moment you need to lay the power down. 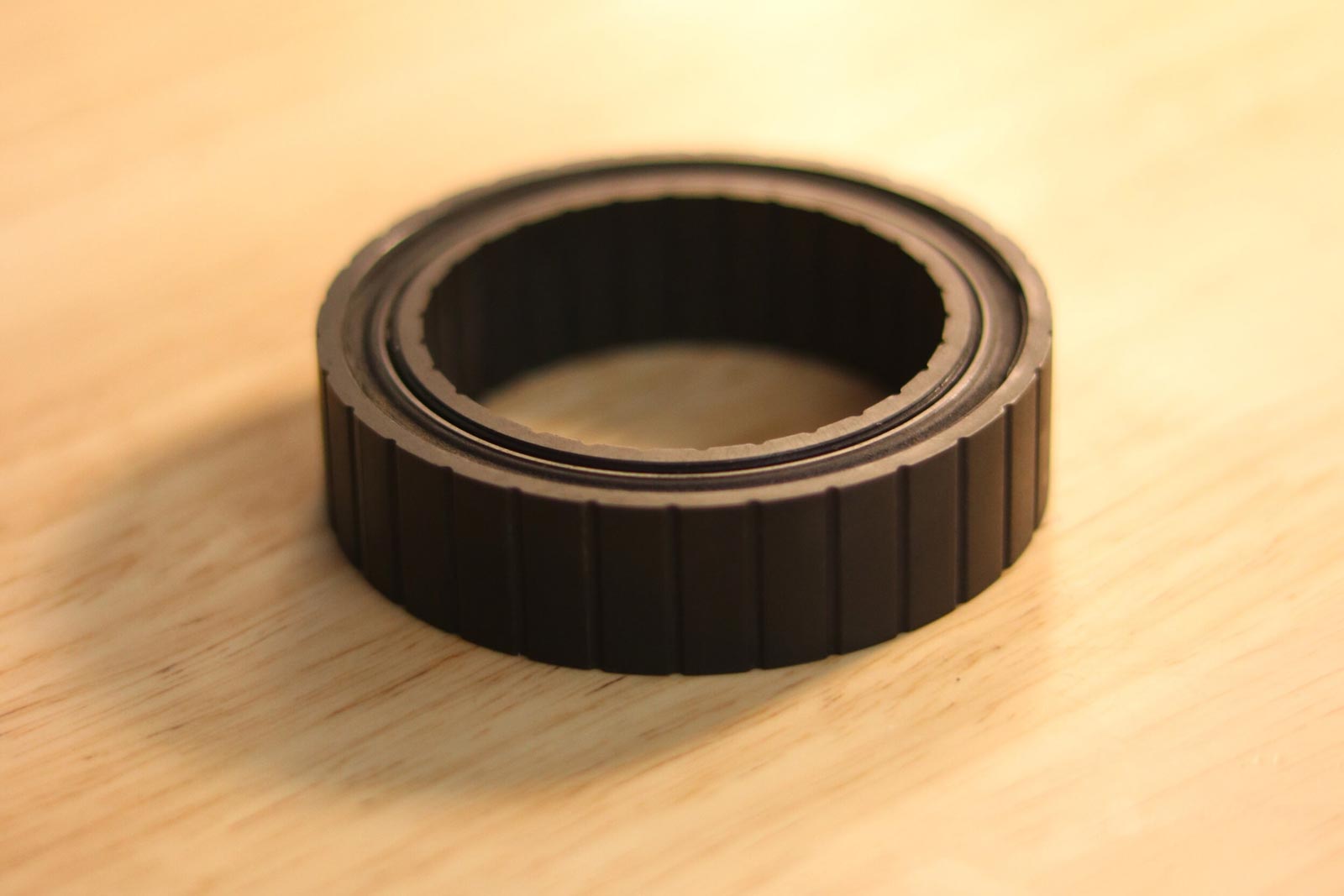 With the drivetrain in constant motion, additional drag is introduced into the system as the chain links continue to articulate around the teeth of the cassette sprocket and chainring. WRP say that the Sprag clutch mechanism within the CentreHub is so low-friction that it offsets the additional drag created by the drivetrain friction. It also means engagement is effectively instant, with no perceptible free stroke before engagement. 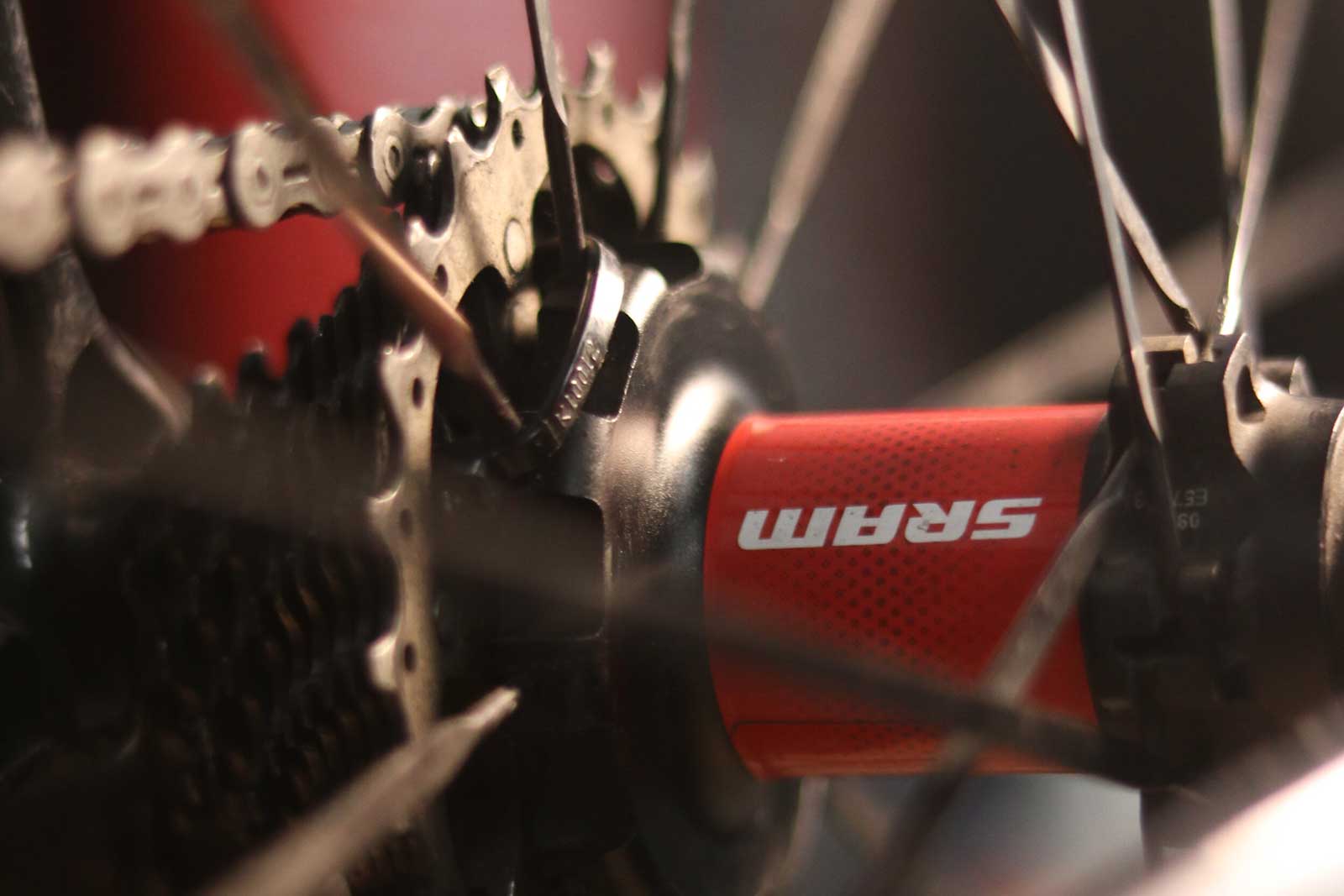 Of course, for the CentreHub to work, you do need to run a fixed rear hub. But, that doesn’t mean you need to buy an entirely new one and rebuild the wheel from scratch. Williams Racing Products offer adapters made of 3D printed titanium to lock out DT SWISS freehubs – those running the standard ratchet system or those with the EXP ratchet. For spring-pawl type freehub mechanisms, you can also replace the springs with CNC machined wedges that hold the pawls in place so they are always constantly engaged. A less expensive but just as effective solution is to simply zip tie the cassette to the wheel spokes.

What else does the WRP CentreHub do? 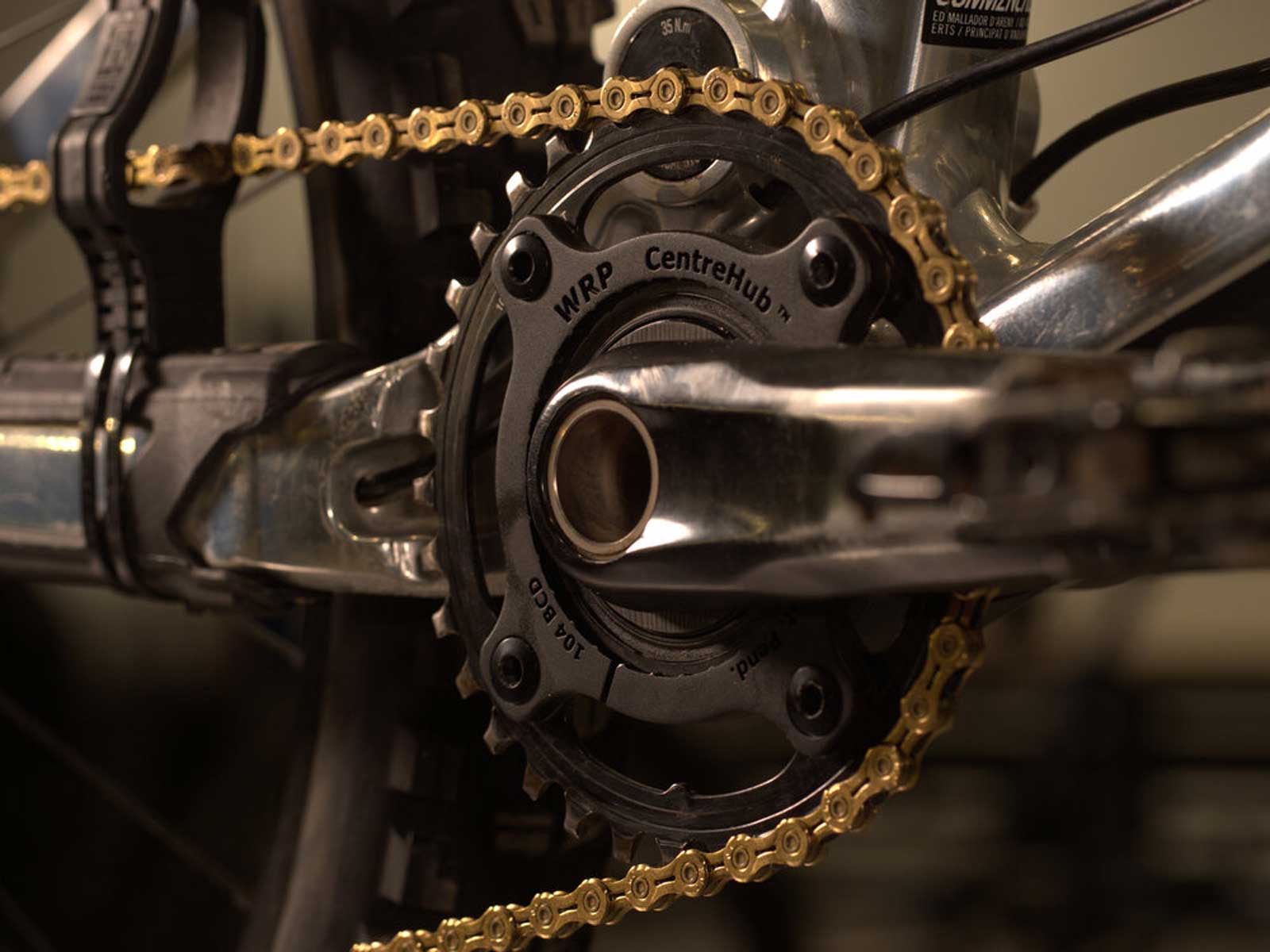 As well as pedal-free gear changes, the WRP CentreHub Spider is also said to have another advantage specific to full suspension mountain bikes. Namely, a reduction in pedal kickback. This will be a bigger deal for some linkages than others but, bear with me while I speak generally here.

As a bike is pushed through its rear wheel travel, the distance between the bottom bracket and rear axle gets longer, resulting in chain growth as the cassette tries to pull the extra chain that it needs back from the chainring. On a traditional chainring setup, the rearward rotation of the chainring translates to rearward rotation of the cranks, resulting in a kicking feeling from the pedals as the suspension compresses over bumps (how much this actually happens in real riding situations is up for debate, and we’ll leave that discussion for another time). With the WRP CentreHub Spider, something quite different is happening.

In an Instagram post, Williams Racing Products described this situation like so… “when the chain is static (call the chain and chainring 0 rpm) and the suspension moves and gives chain tug (say of -10 rpm) this is felt through the pedals and the rider experiences pedal kickback of this negative amount. In this system when the chain is always moving (say 100 rpm) and it experiences tug, the chain just slows down to compensate (say to 90 rpm), but the effect of this is not experienced at all through the pedals. As long as the chain is moving forward (=>0 rpm), kickback is negated”.

This raises a number of questions. How does the “slowing down” of the chain affect every other component in the system? Are any components experiencing more of less force with this system as compared to a standard chainring a freehub setup?

On the topic of pedal kickback, it’s important to point out that the WRP CentreHub Spider won’t eliminate the phenomenon in every situation. Specifically, when the rear wheel locks up completely as the suspension is cycling through its travel. This could happen when braking hard on the rear over braking bumps or really rough, choppy terrain. In this scenario, the chain stops cycling through the drivetrain, and, as the bike is pushed through its rear wheel travel, chain growth tugs the chainring rearward resulting in feedback at the pedals. This is where OChain, a similar component (but also completely different in most ways), would excel over the WRP CentreHub Spider, as the rearward rotation of the chainring is dissociated from the crank arms (to a tuneable 6°, 9° or 12°).

It’s not cheap! The Williams Racing Products CentreHub Spider is available to pre-order now for $1,199 AUD (around $875 USD). The first batch of 40 sold out within a few hours, so pre-ordering now will secure you one of 40 units produced in the second batch. These won’t be shipped out to customers until early 2022. 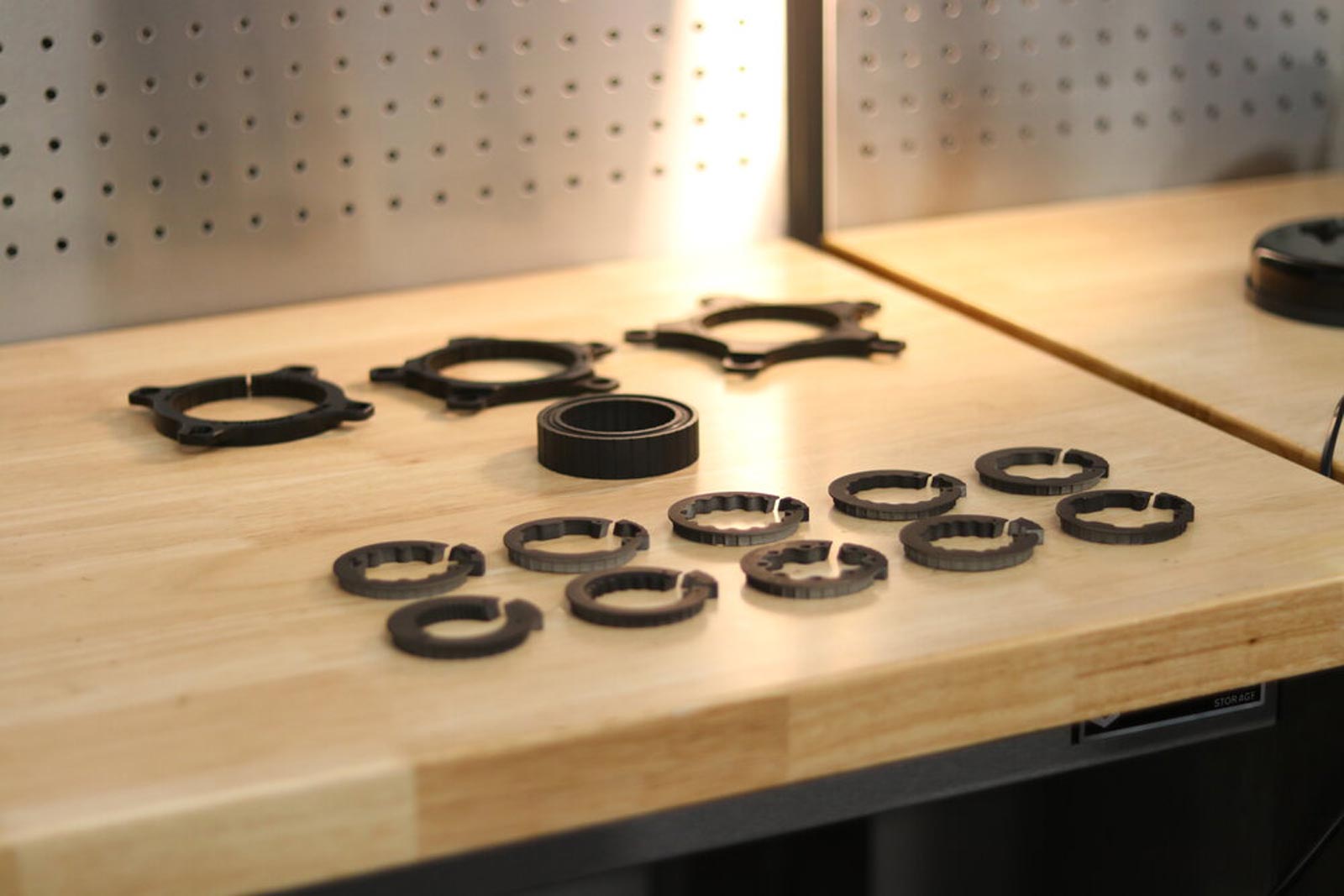 The WRP CentreHub Spider is adaptable to any direct mount crankset on the market thanks to a removable crank adaptor; SRAM, Shimano, Hope RaceFace, ROTOR, e13, or any other direct mount standard. WRP also offer interchangeable offset cups to allow the system to be run with a range of chainlines; 0mm, 3mm and 6mm offset. Get it in 104 BCD, 110 BCD or 130 BCD.

Seems like a topic that comes up every couple of years, starting with Shimano’s FFS system in the 70s and more recently the French HxR “Easy Shift”. I also remember a SRAM prototype in the late 90s and naturally the Hammerschmidt incorporating a front freewheel.

Wouldn’t this be a nightmare at very high speeds?

My 10yo trials bike has a freewheel on the bottom bracket. Works exactly as described above. The entire bike was $1200 brand new.

Yeah, the first thing I thought of was the Shimano FFS. Everyth3 old is new again.

For all the same reasons I figure we would be better off with a gearbox bike anyway. Derailleurs are one of the weakest parts of mountain bikes anymore and for gravity oriented riding it makes sense to me. Come on where’s the gearbox bikes I don’t have $10,000 for a Nicolai but it sure would be rad.

Just because it has low friction, does not ‘offset’ the chain drag. Chain drag will still be there and in the same amount. The freewheel still adds drag, too, just not lots, apparently, but if the manufacturer thinks it can offset drag I wouldn’t trust them on this, either.

Front freewheel function is more prevalent on trials bikes, especially competition bikes (needs a crank type the freewheel can thread onto). It’s not /that/ expensive either.

To the comment above, I think the Hammerschmidt was just a planetary gear system, without the freebody function, but not sure. I understood it as the engagement pawls are only to shift, not coast.