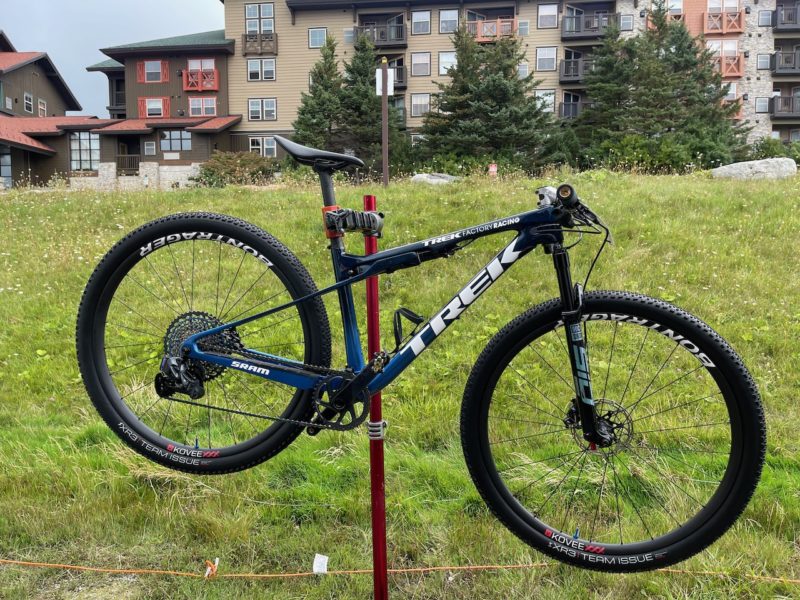 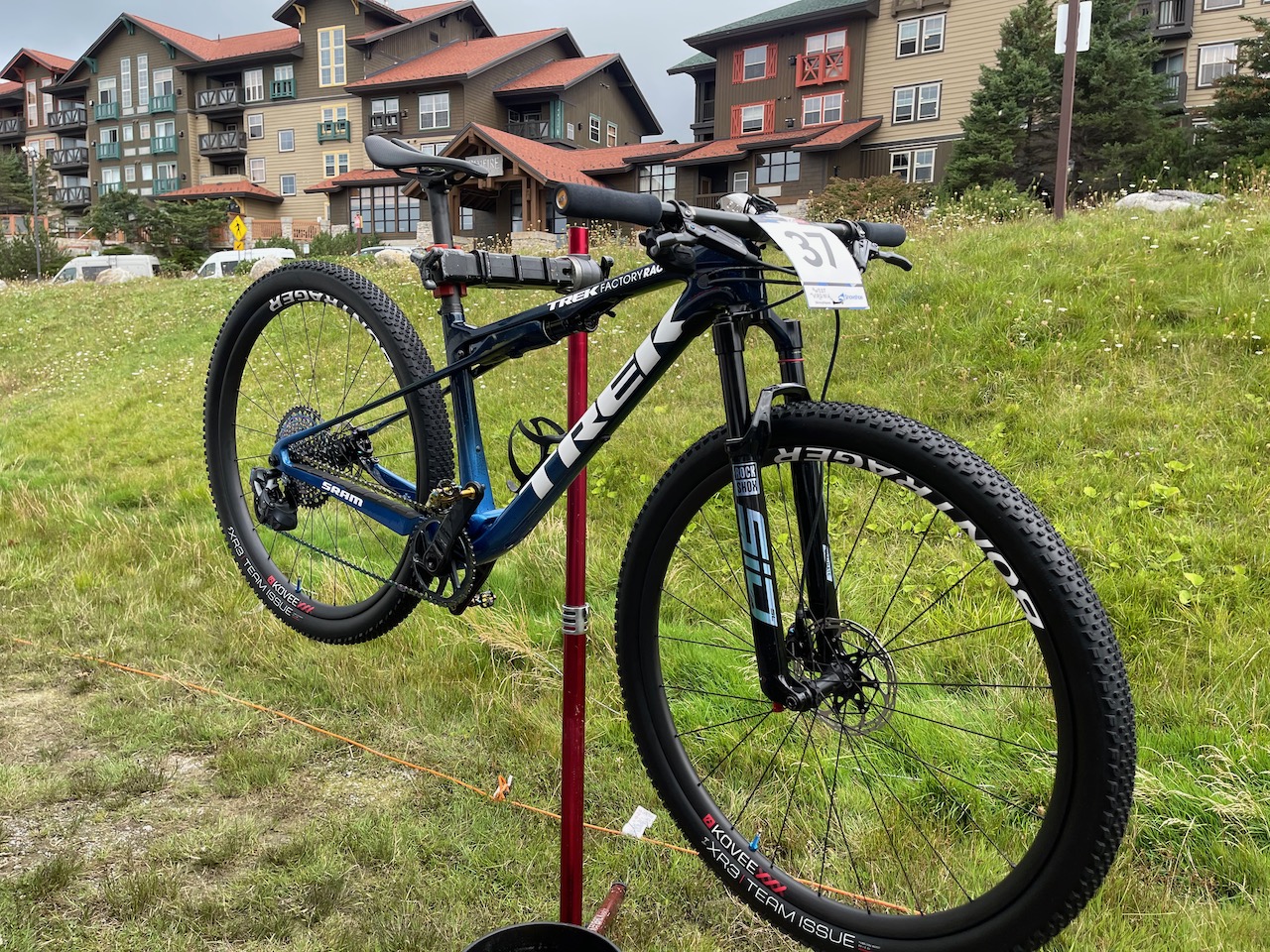 Besides his fantastic talent, Anton is known as one of the feistiest riders on the circuit, never afraid to take the best in the world to a sprint finish — ie. the 2018 MTB World Cup in Nové Město. The New Zealander usually favors his Trek Procaliber hardtail for most World Cups but went with the Supercaliber for the rocky track in West Virginia.

Cooper has always had an exciting bike setup, mainly because he’s a bit shorter than most and likes to ride an aggressively slammed bar to get the right drop. 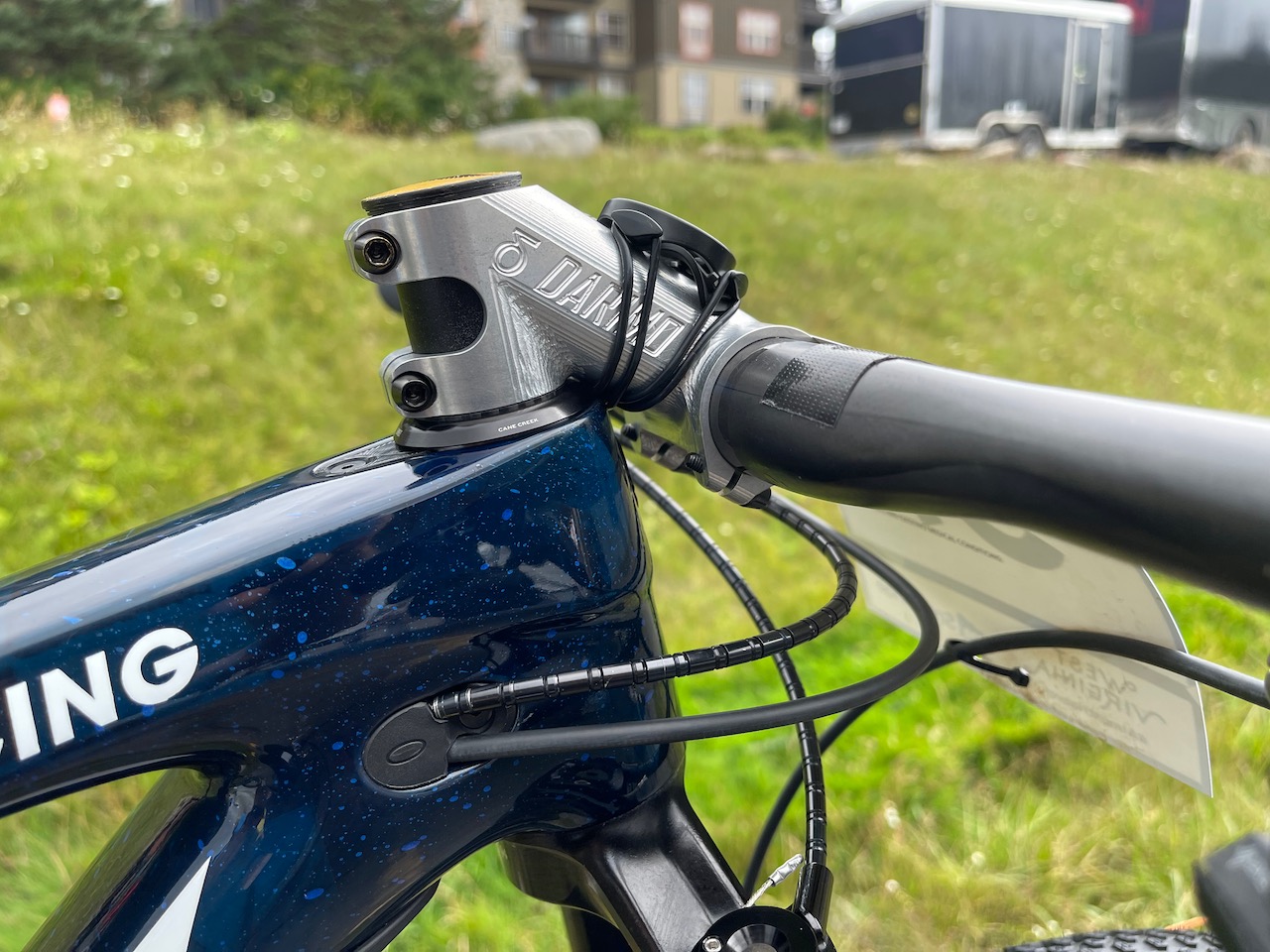 Trek has some of the shortest head tubes in the industry (90mm to be exact) on their small bikes to help accommodate aggressive setups. 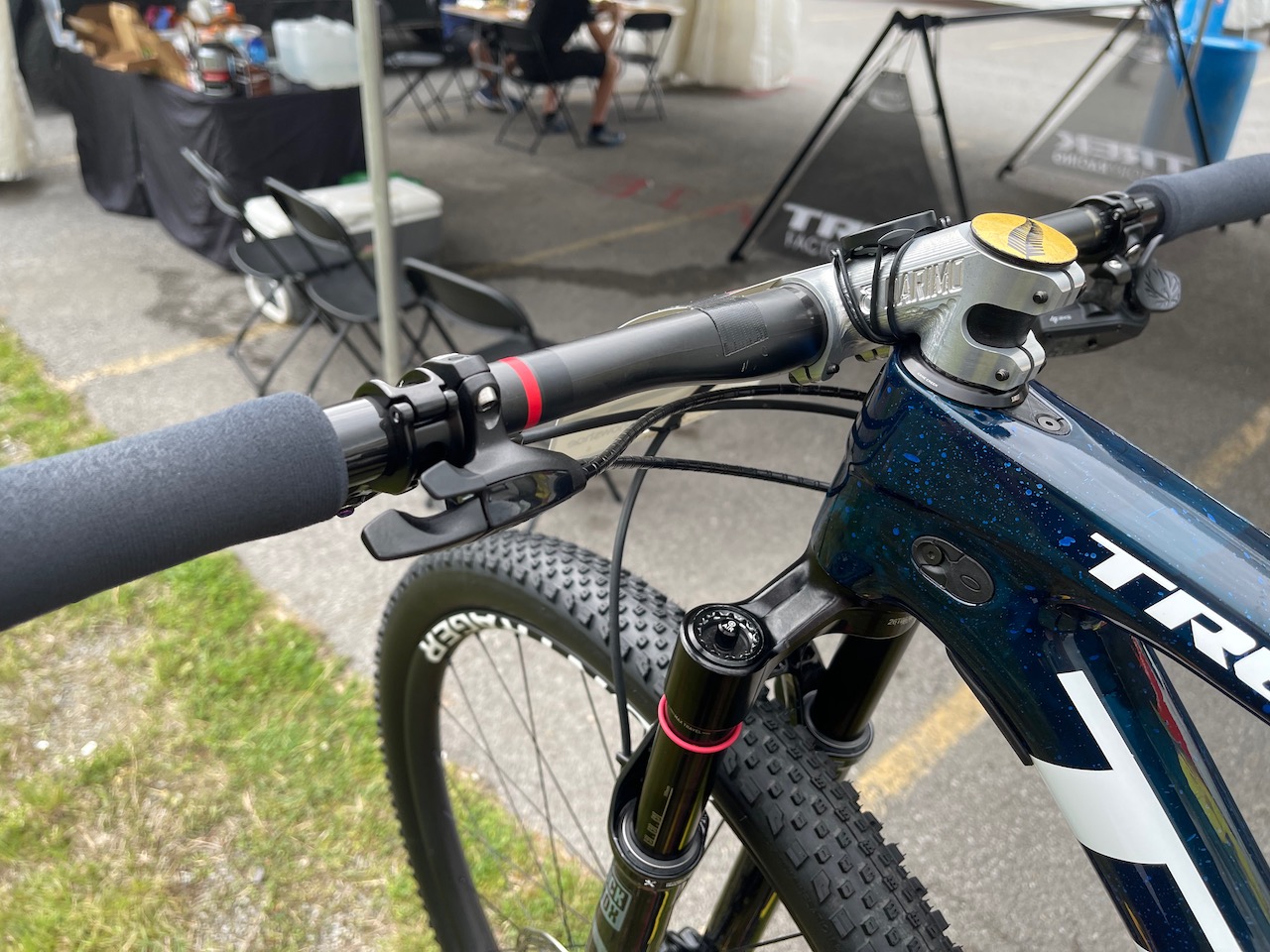 If you’re racing the best in the world, though, you may go the extra mile, and that looks to be what Anton Cooper did here. This CNC machined stem from Darimo looks to be a bit more than the -40/90mm we usually see Cooper riding. We’re assuming the stem is made from aluminum, which is an interesting move from a company that deals exclusively in light weight carbon fiber. 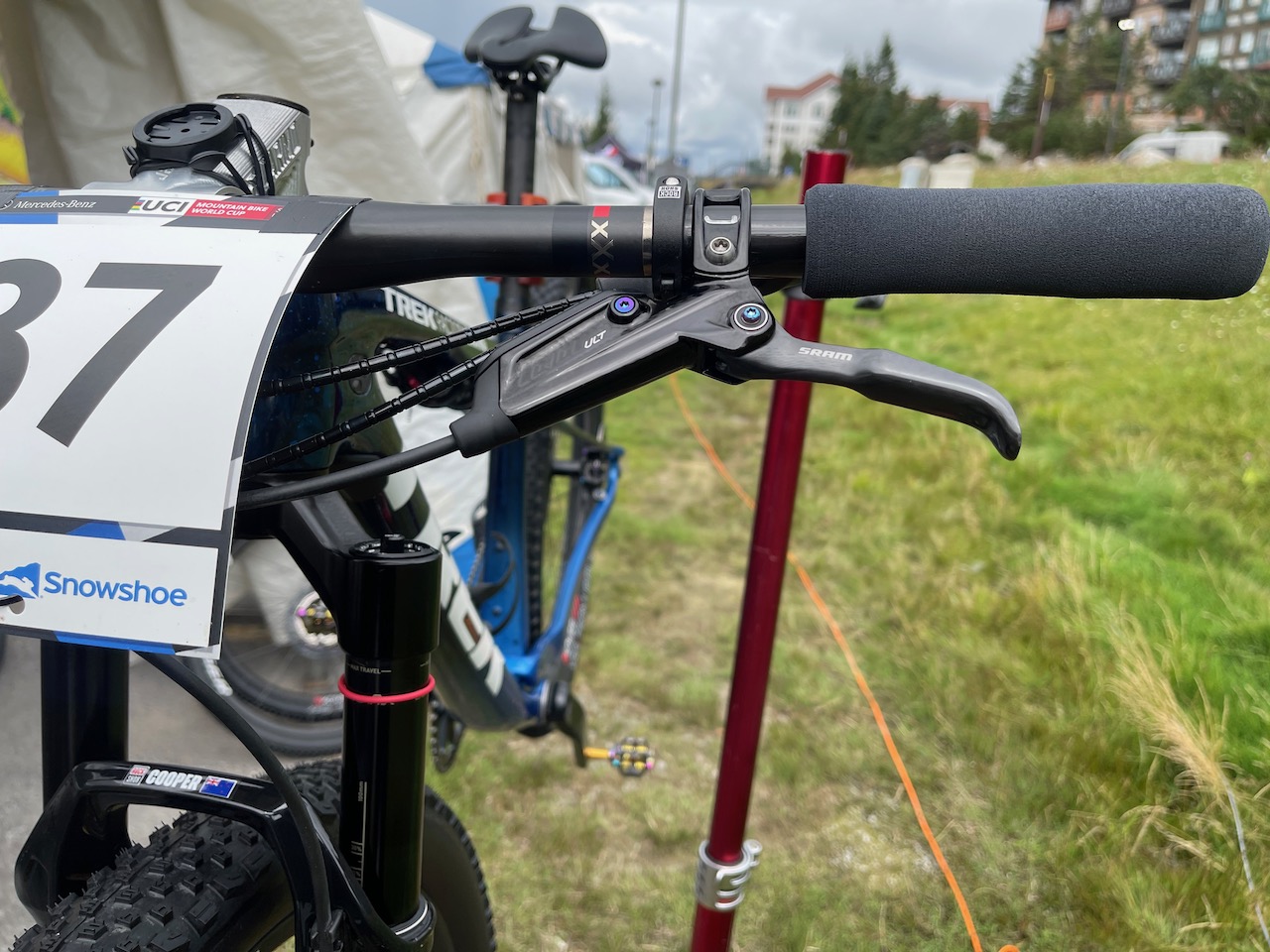 Since he favors the Trek Procaliber hardtail so much for most races, we’re wondering if this prototype stem is an attempt to tie those fit numbers closer together. Going from training every day on one bike to racing on another could be hard to get used to, even at the most elite level. 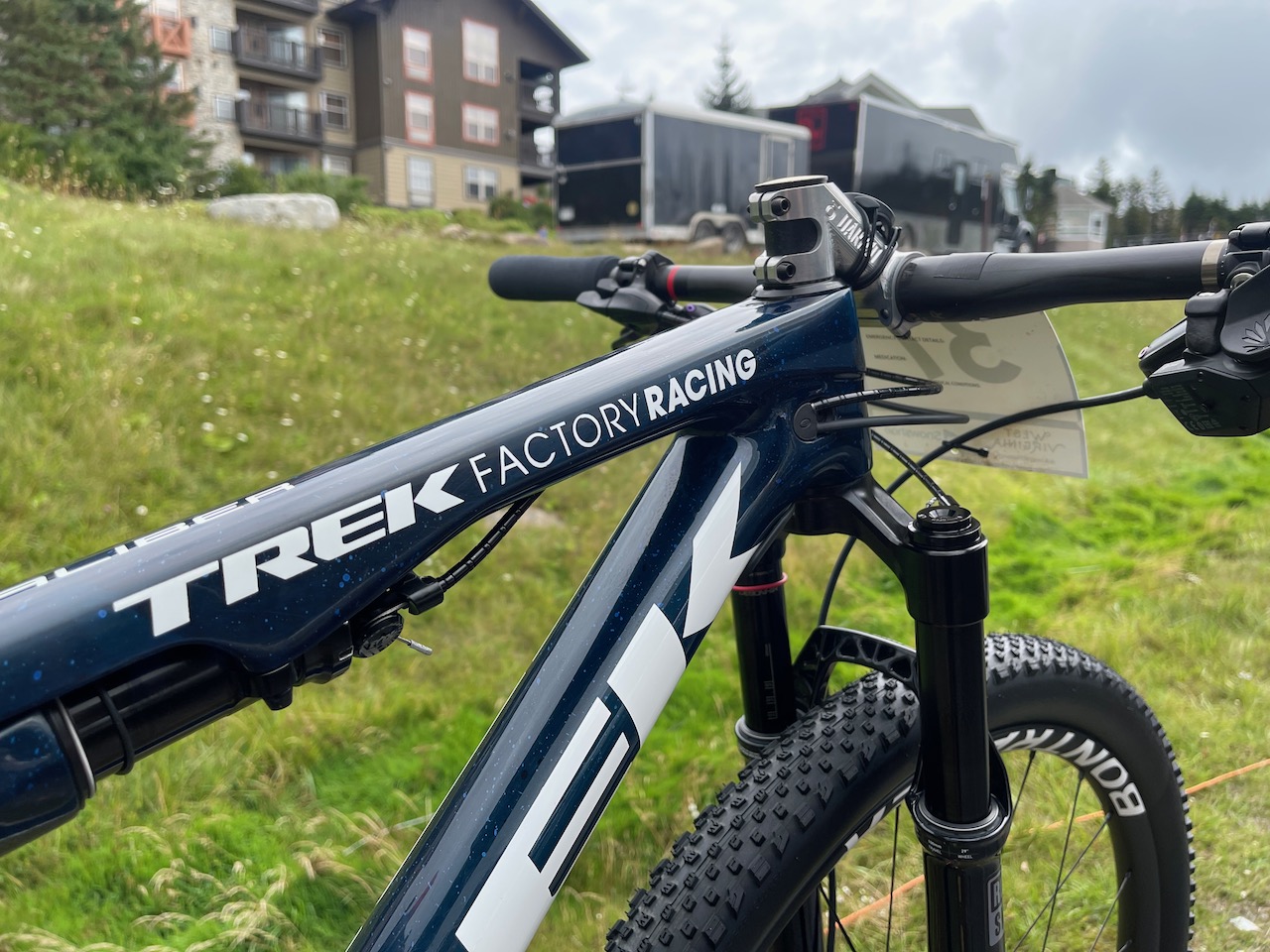 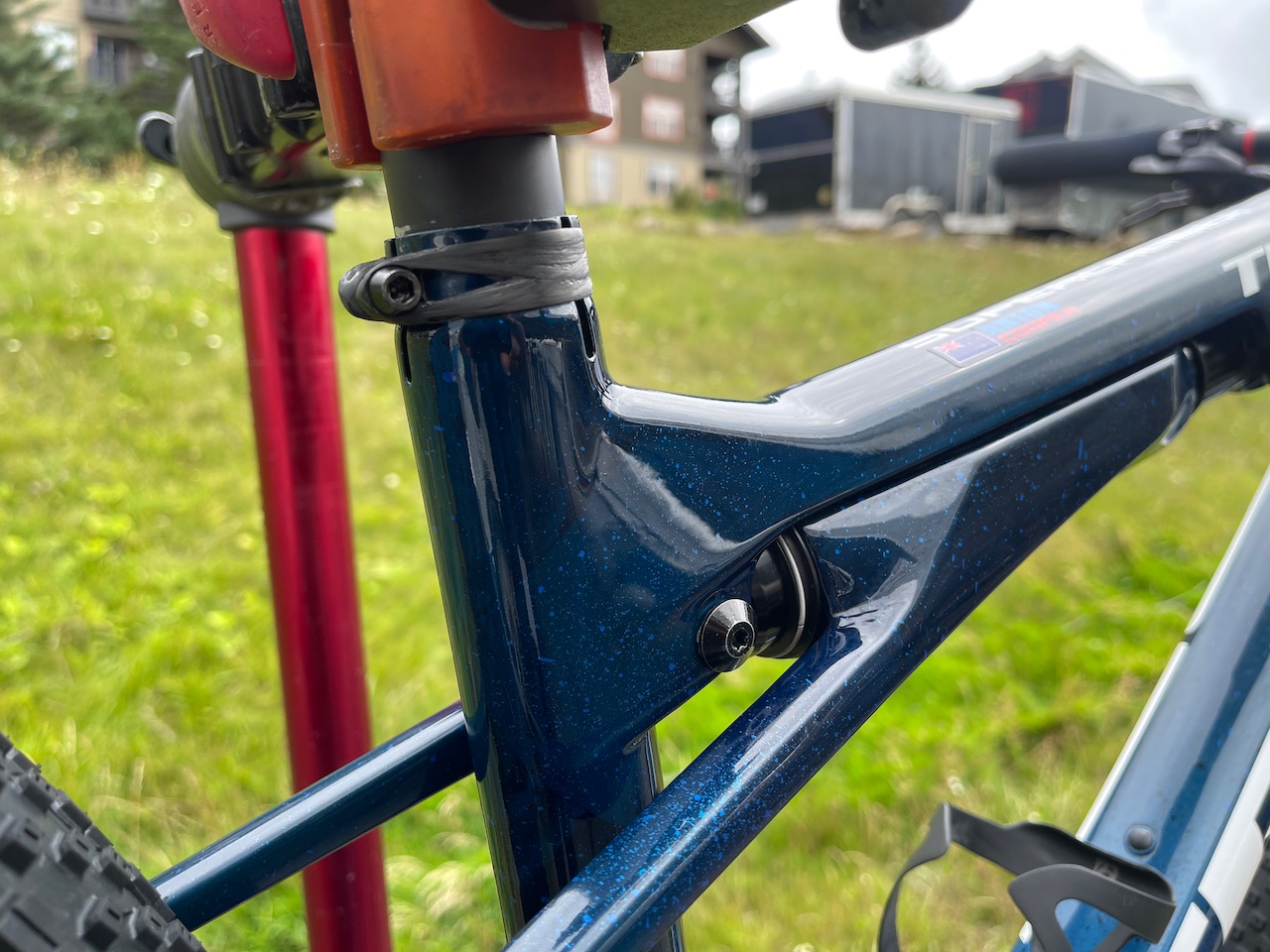 The Trek Supercaliber itself is mainly stock for shifting and braking bits, minus the oil slick ti-bolt upgrades. The seat post clamp, however, is not. When we spoke with Trek Factory Team mechanic Alvaro, he noted that the clamp weighs in at a feathery light 4g! The company that makes it is Darmino from Spain, the same that makes the super slammed stem. 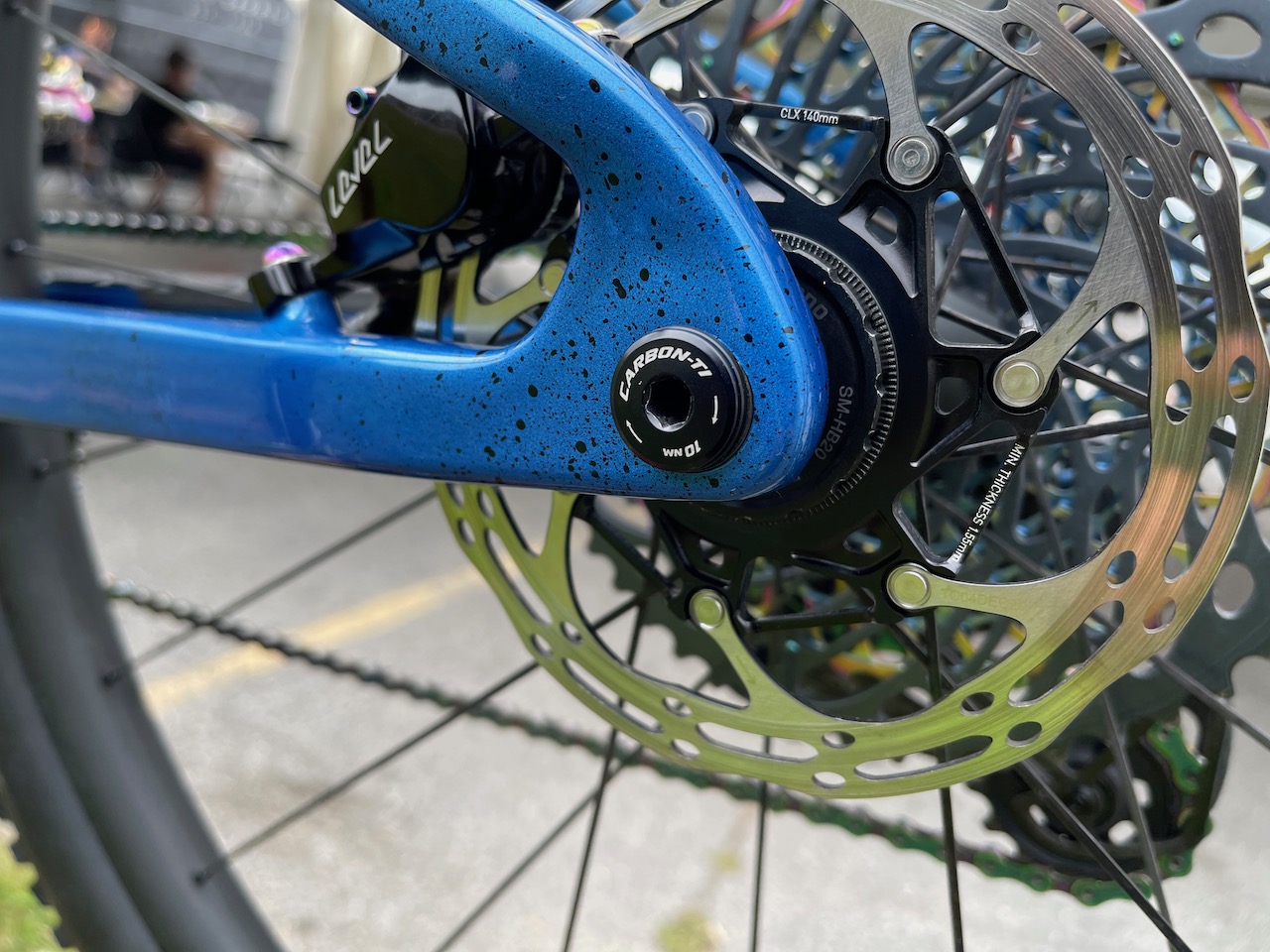 On closer inspection, the front and rear axles are upgraded with a Carbon-Ti model. It seems that Cooper’s team is looking to maximize any weight savings that are available to him. 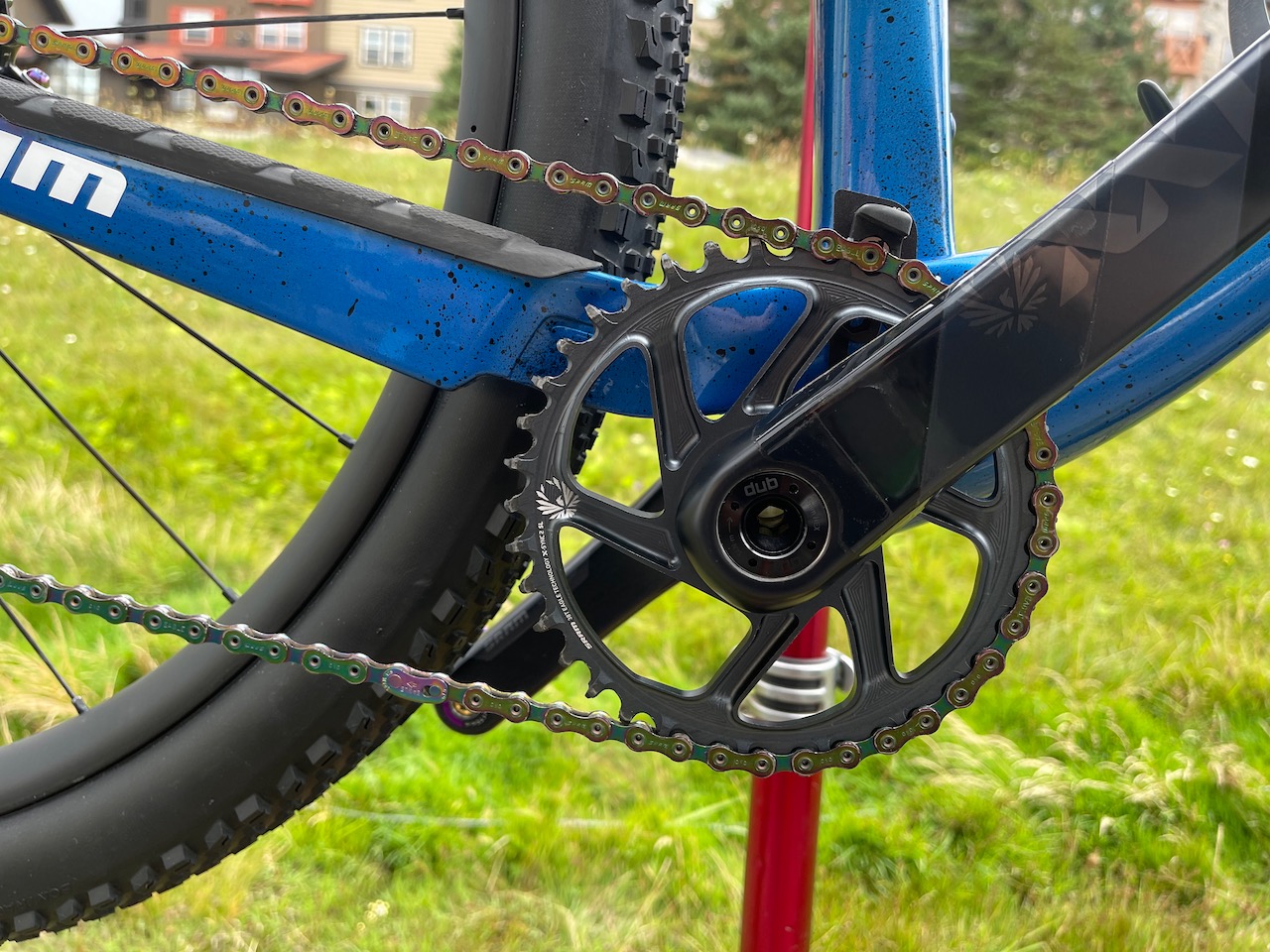 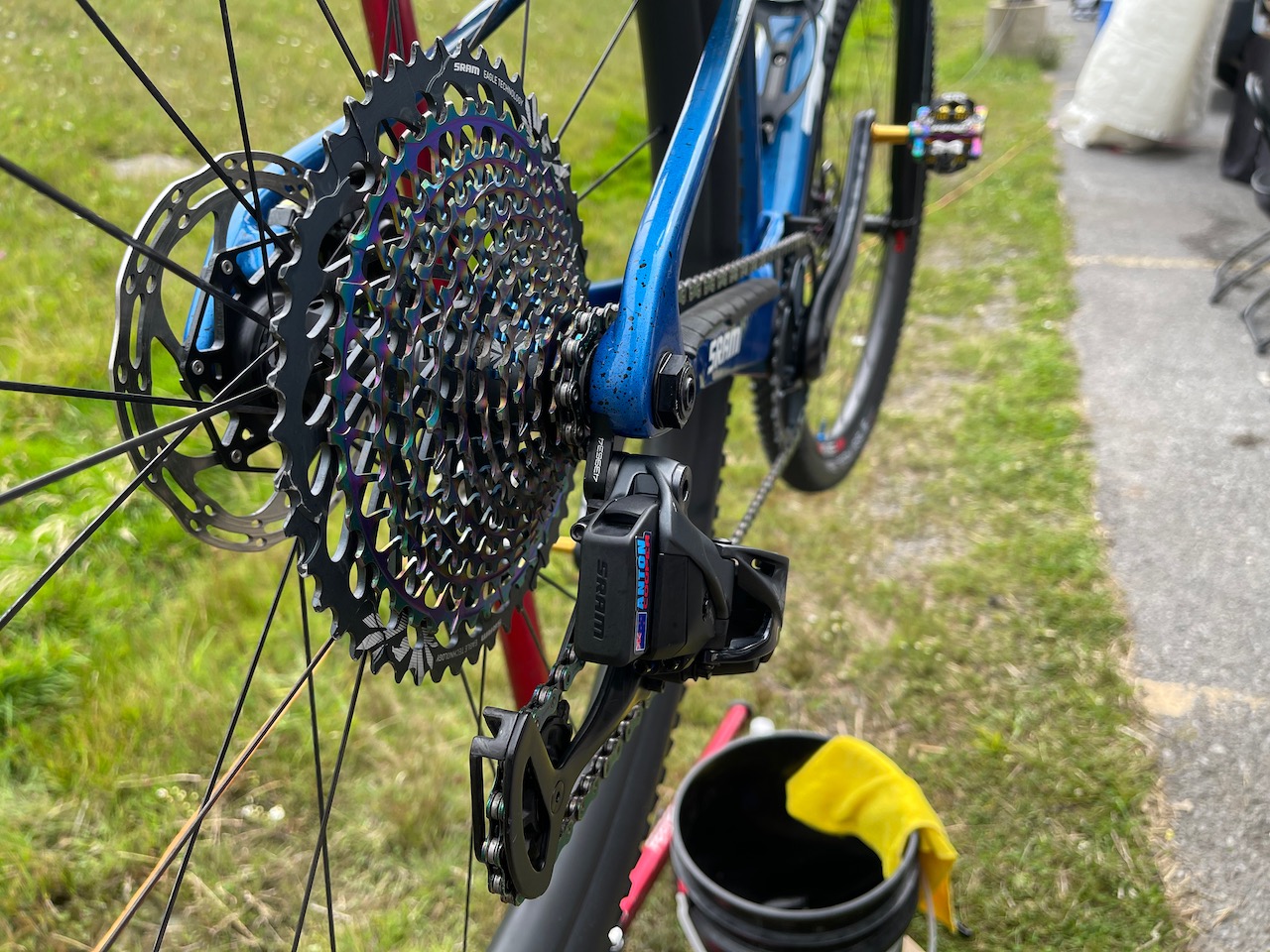 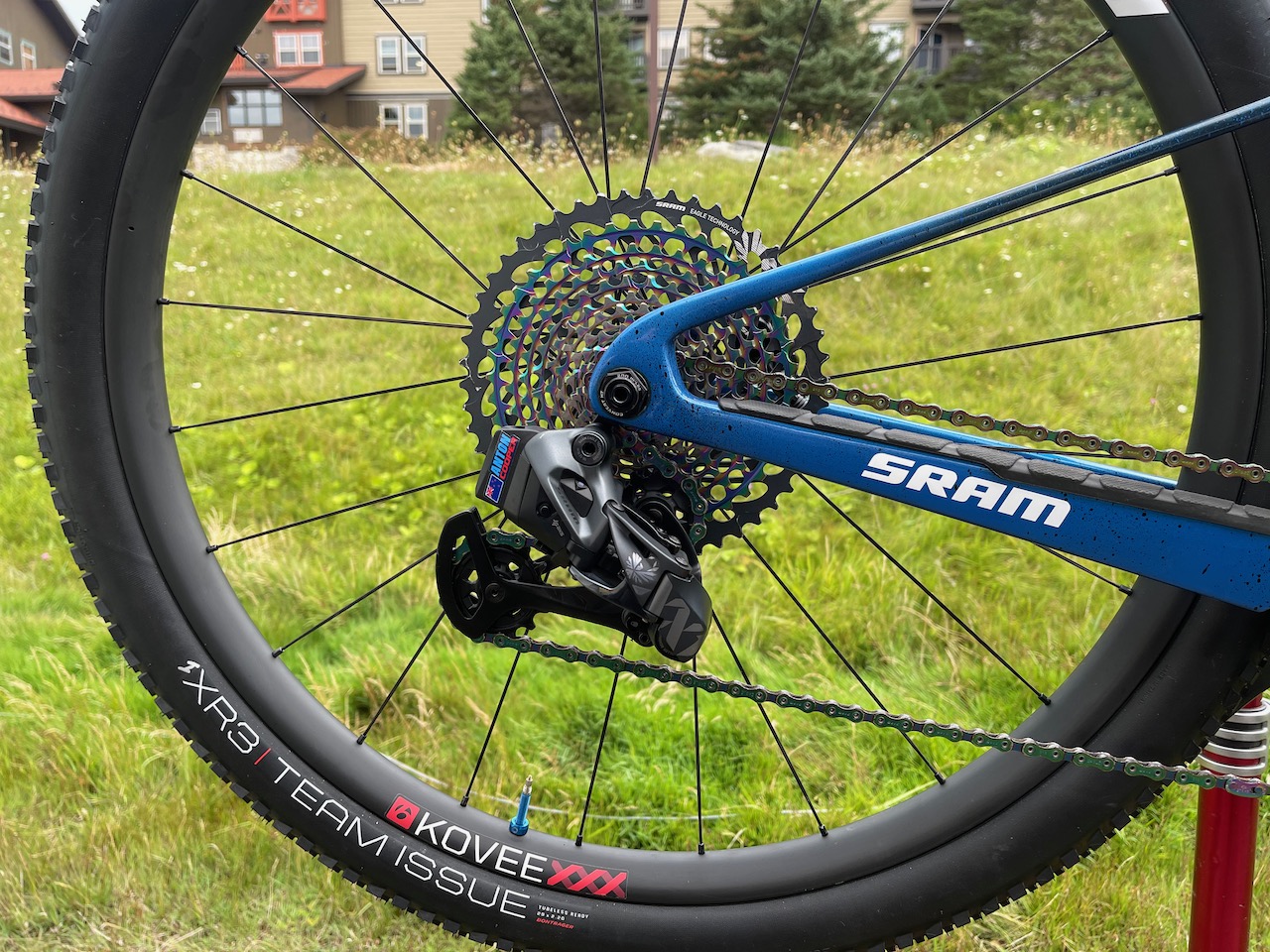 Cooper goes with the stock RockShox push lockout instead of the grip lock like Neff. We’re guessing because Cooper rides without a dropper, or did for this World Cup. 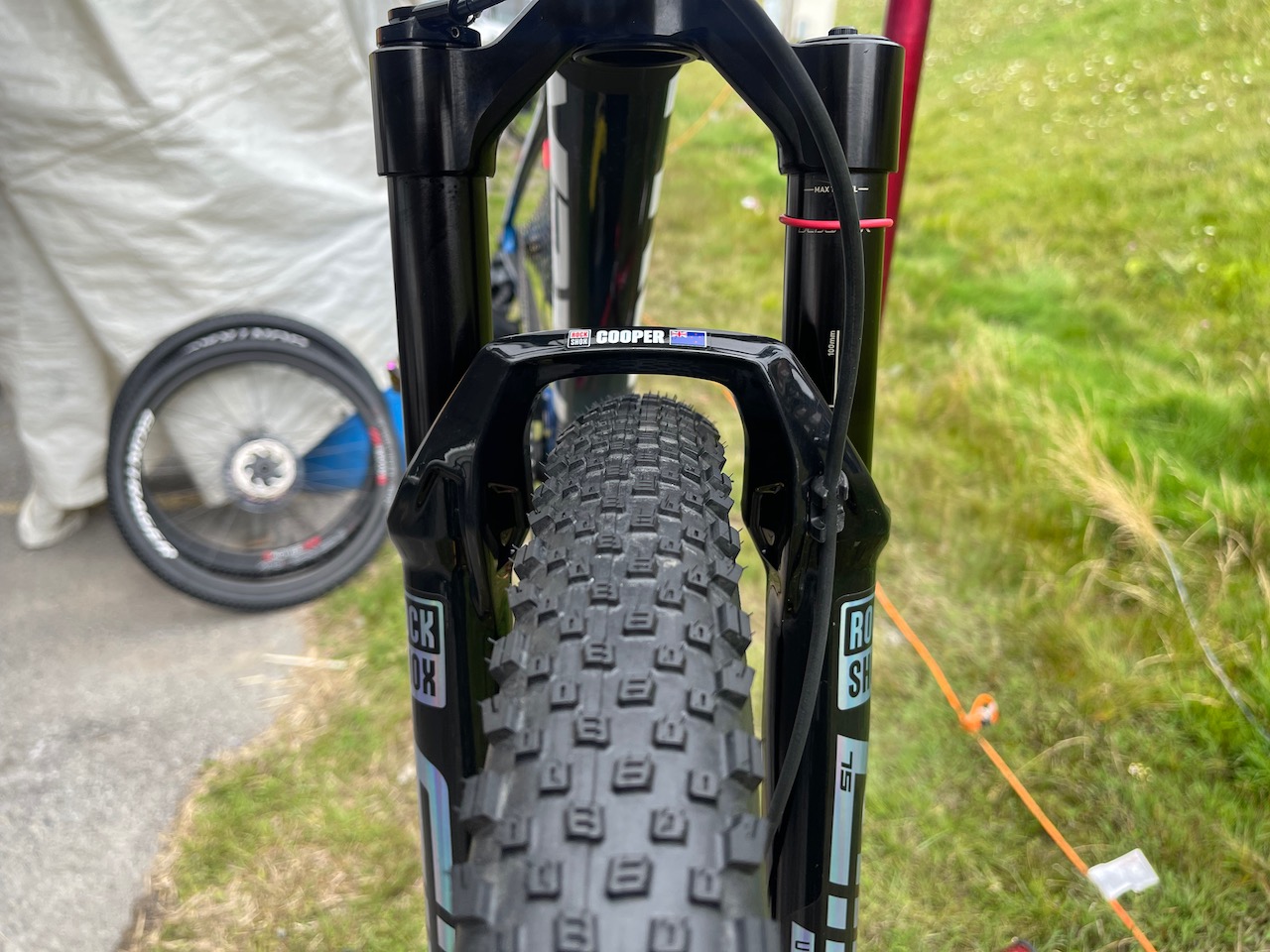 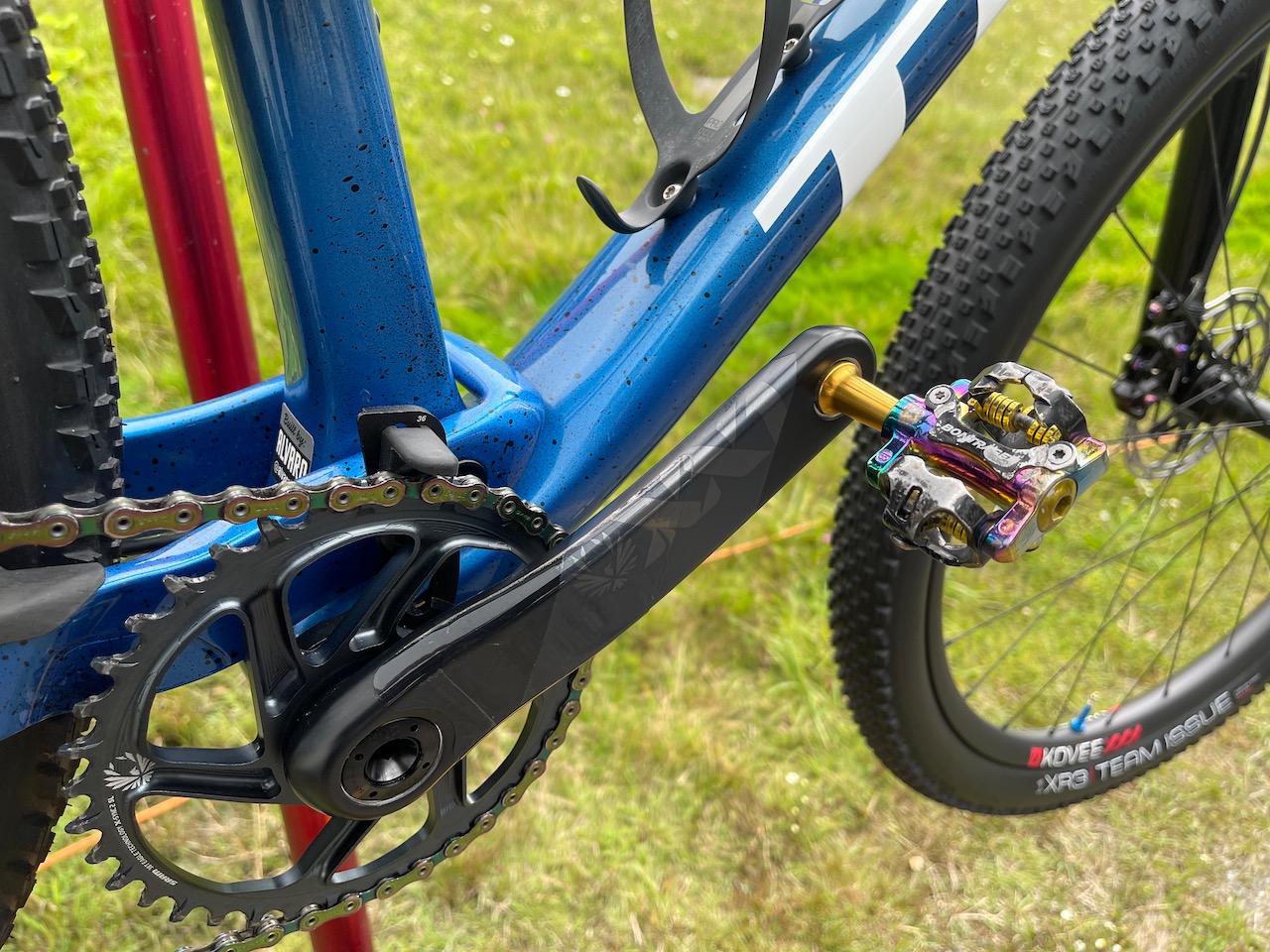 Cooper’s pedal choice is the same as Neff’s and others on the team, the Bontrager XC pedal with a custom Ti-spindle and oil slick finish. 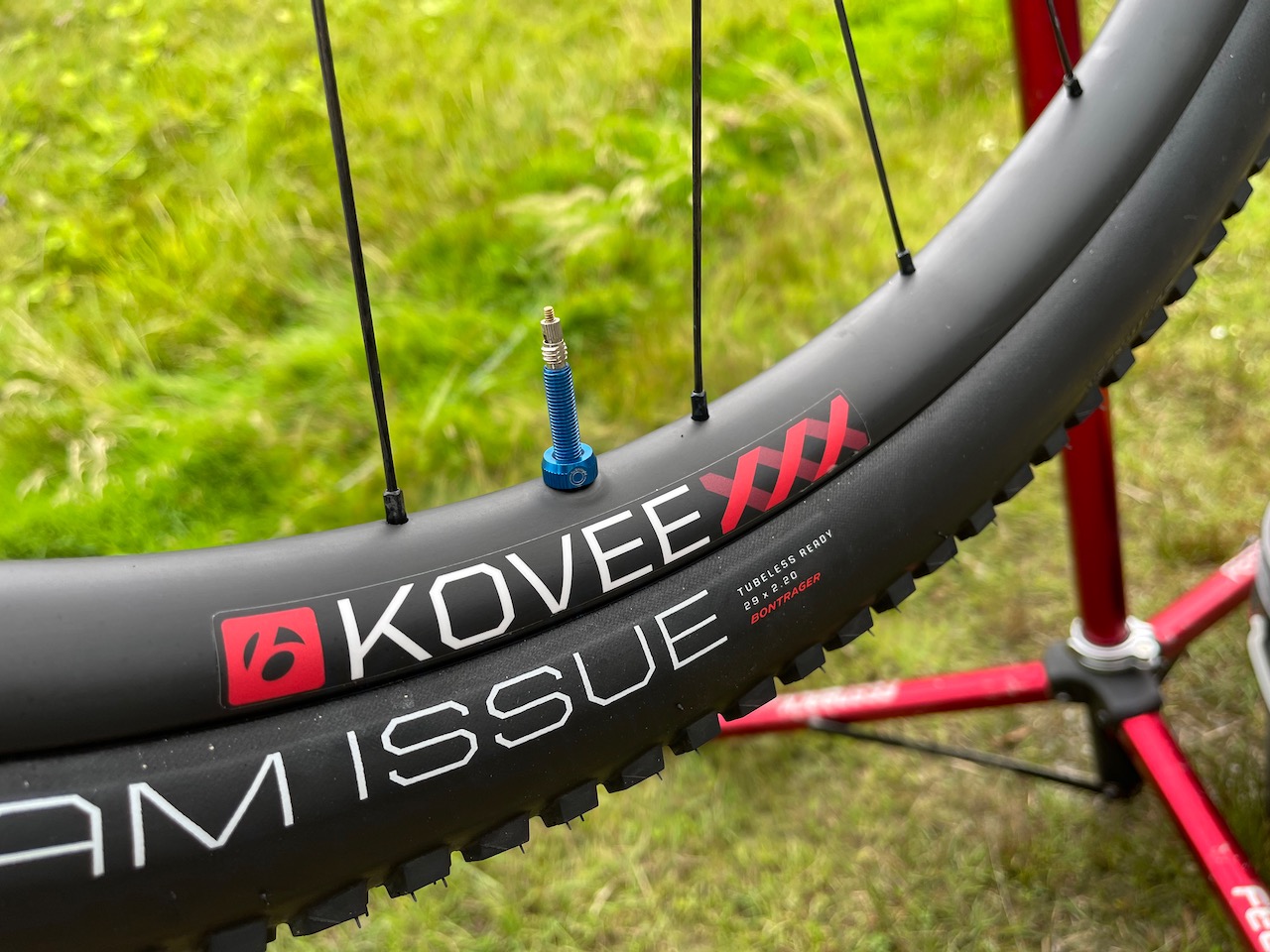 Make sure to check out our other World Cup Pro Bike Checks.

Thanks for continuing to show us what the pros ride. Is there a reason you don’t typically weigh these bikes? That would be very interesting.

What is that suspension fork damper?

Como on! Now go back and weight the bike! Thanks