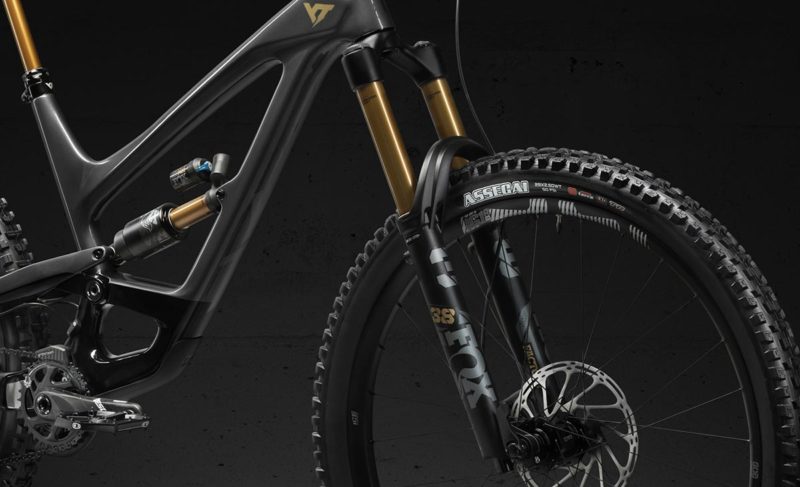 YT recently added more shreddable options to their line-up of the 29″ Capra enduro bike and Decoy mullet eMTB – the Shred models got the linear performance of the newest Fox DHX2 coil damper. With the launch of the new Fox Factory X2 Air Shock, YT saw fit to add an “elite” model to the line-up. The rear ends of both the YT Capra Elite and YT Decoy Elite will now be serviced by this top-level air shock, paired with the new Fox 38 Float Factory fork.

We have the spec, pricing and claimed weights right here. 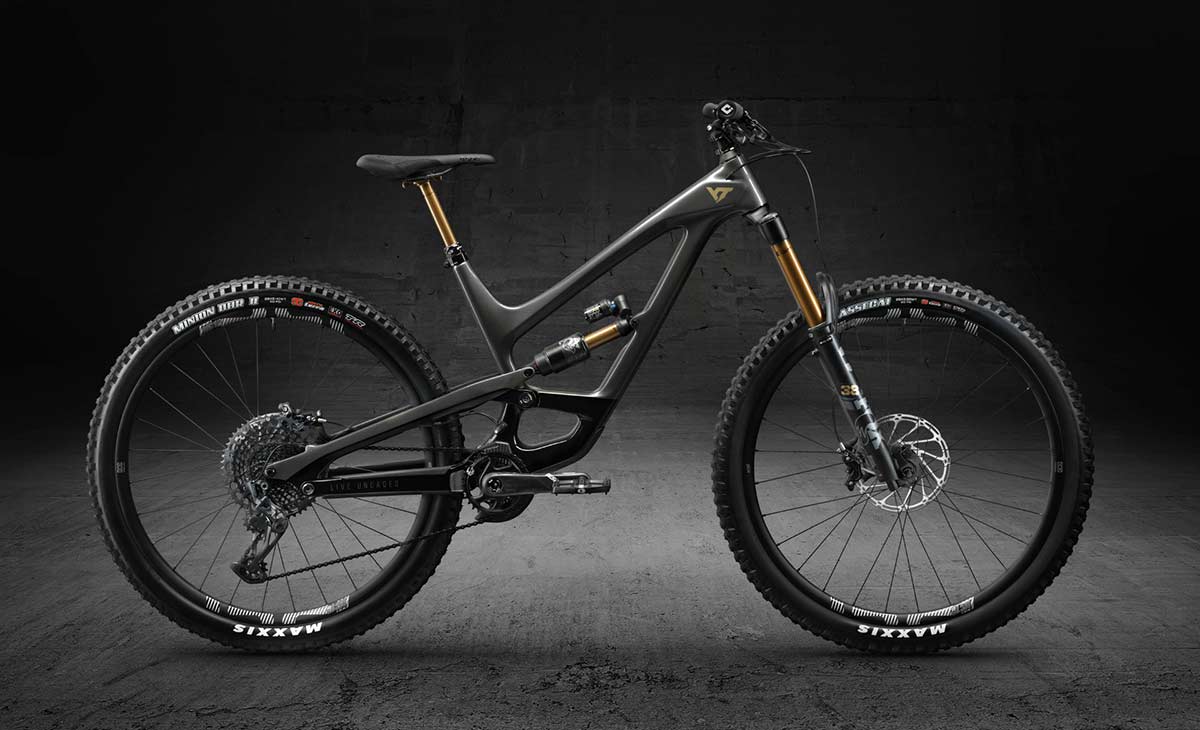 YT wanted the model options of the YT Capra and YT Decoy to be bang up to date – that’s why they are now offering Elite models of both enduro bikes. The Elite models take in the “latest industry developments and gives riders the best tools to get the job done”. The main selling point of the Elite models will be the 2021 Fox Factory X2 Air Shock and burly 38 mm stanchion Fox Factory Float fork. 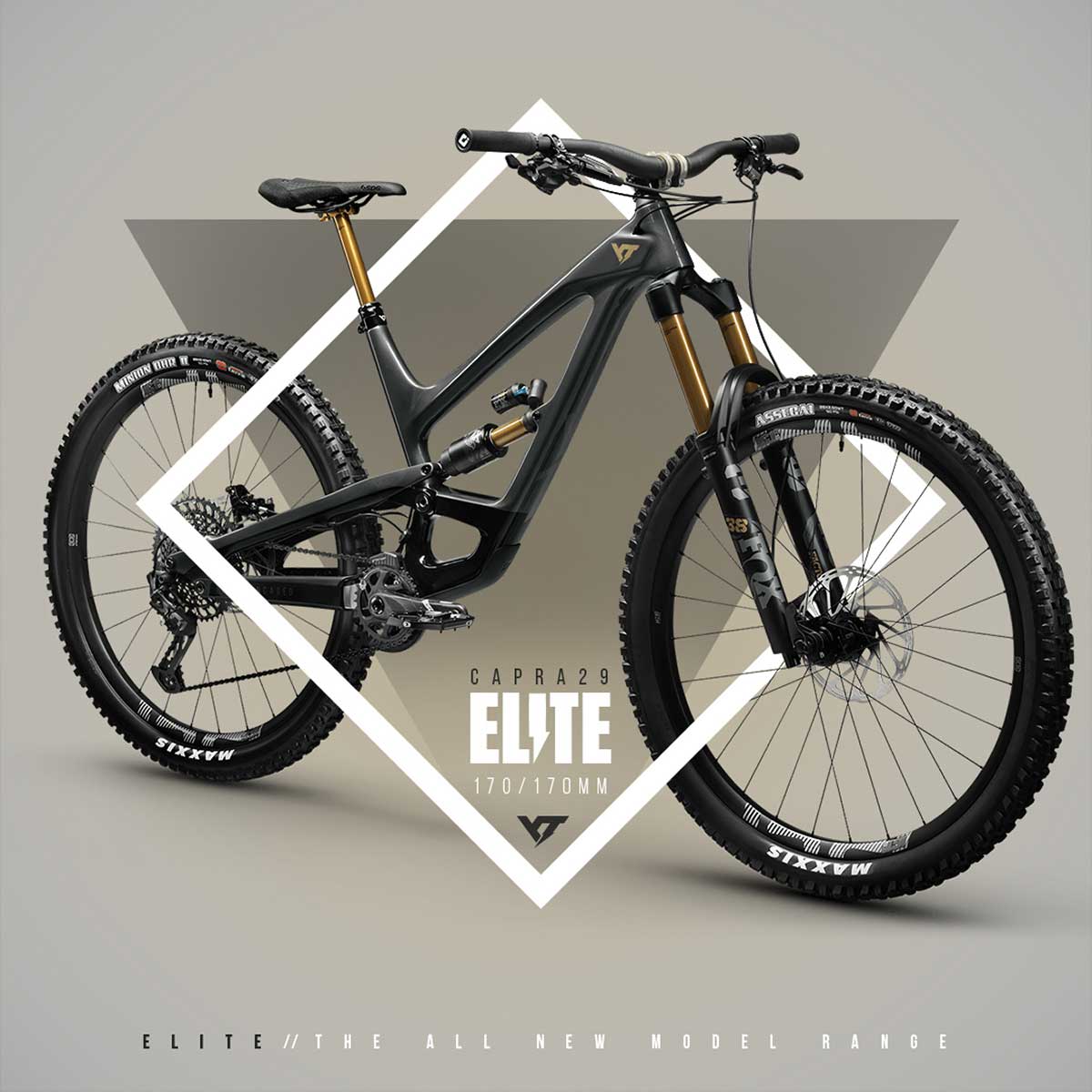 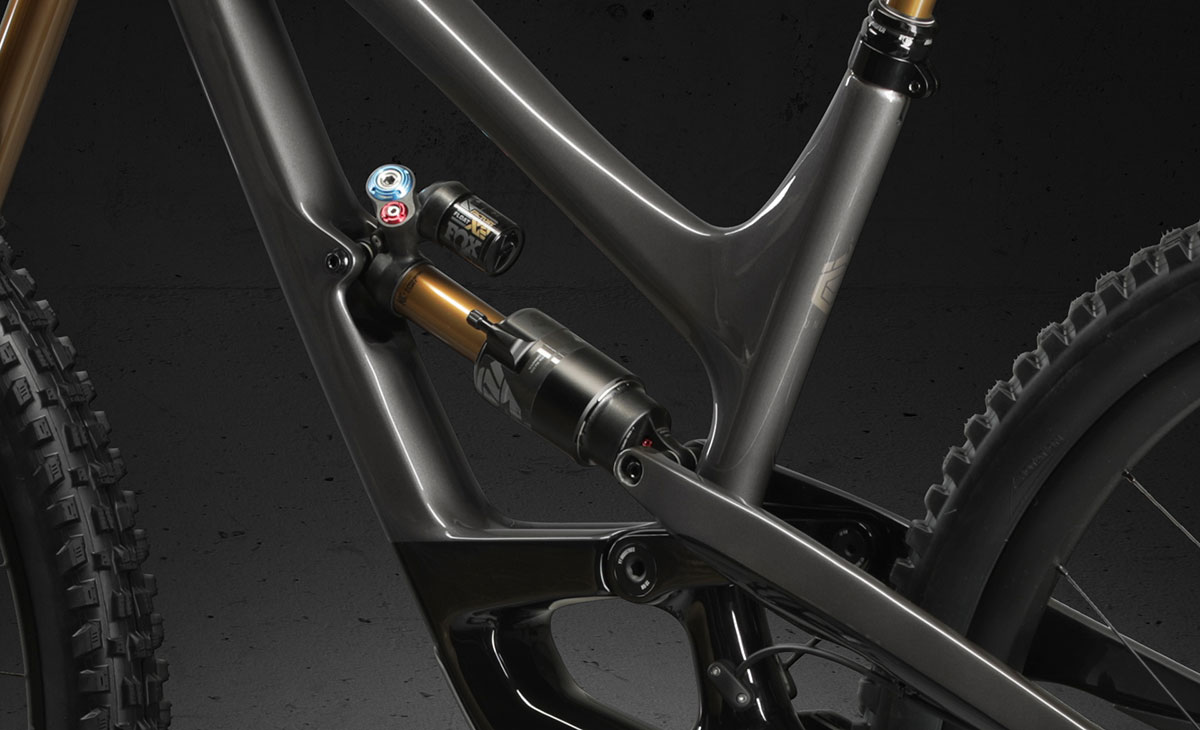 The carbon frame rolls on E*Thirteen’s LG1 Race EN Carbon wheelset. The 31 mm internal width rims are home to a Maxxis Assegai 2.5″ WT EXO tire up front and a Minion DHRII with tougher EXO+ casing out back. 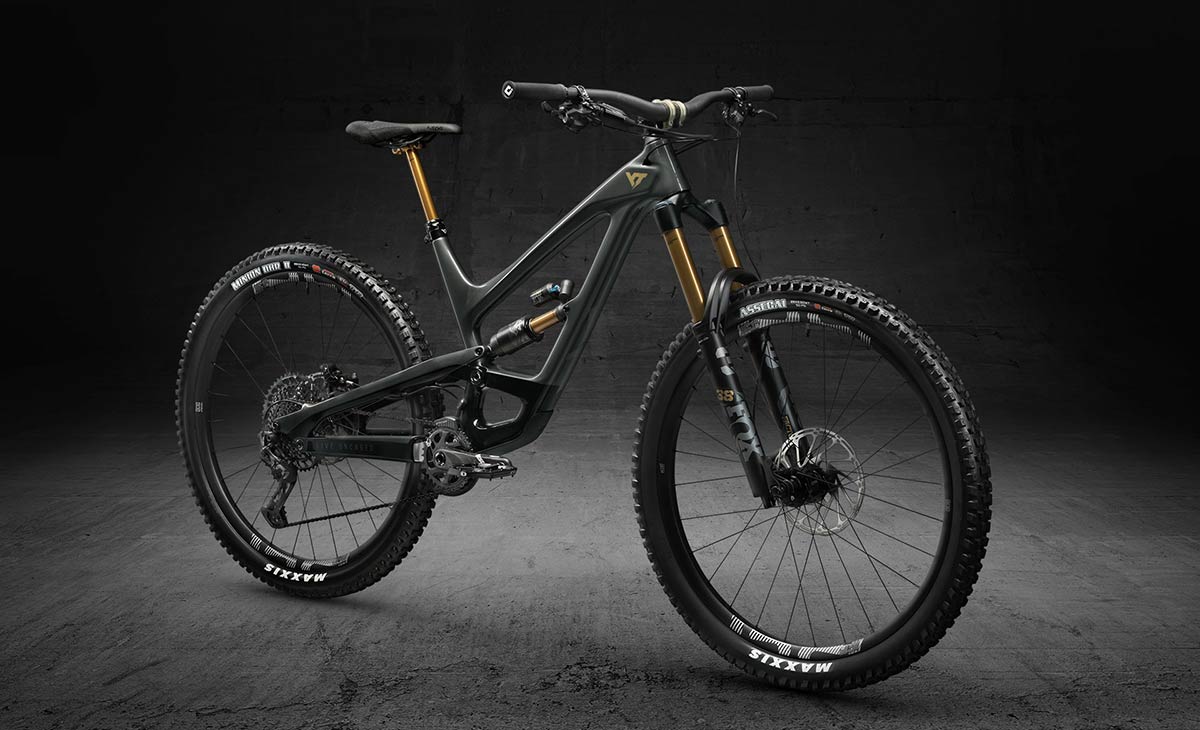 The YT Capra Elite is driven by the new SRAM X01 Eagle 52 drivetrain with 520% gear ratio for cleaning the steepest of climbs. That’s with the Descendant Carbon crankset and a 32T chainring. SRAM’s DH spec Code RSC brakes provide the stopping power, with 200 mm rotors front and rear. 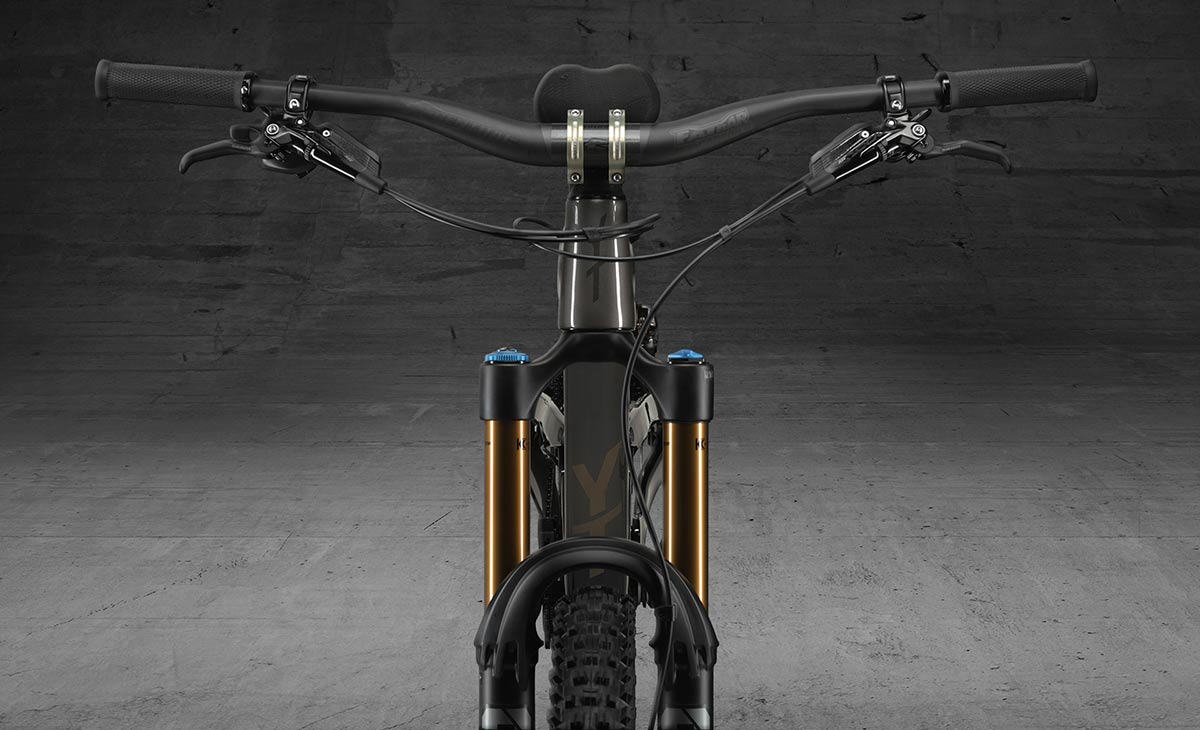 Renthal components finish off the cockpit with the carbon 35 mm clamp Fatbar and Apex stem.

The YT Capra Elite model is available in sizes M-XXL. The medium has a (claimed) weight of 14.9 kg. 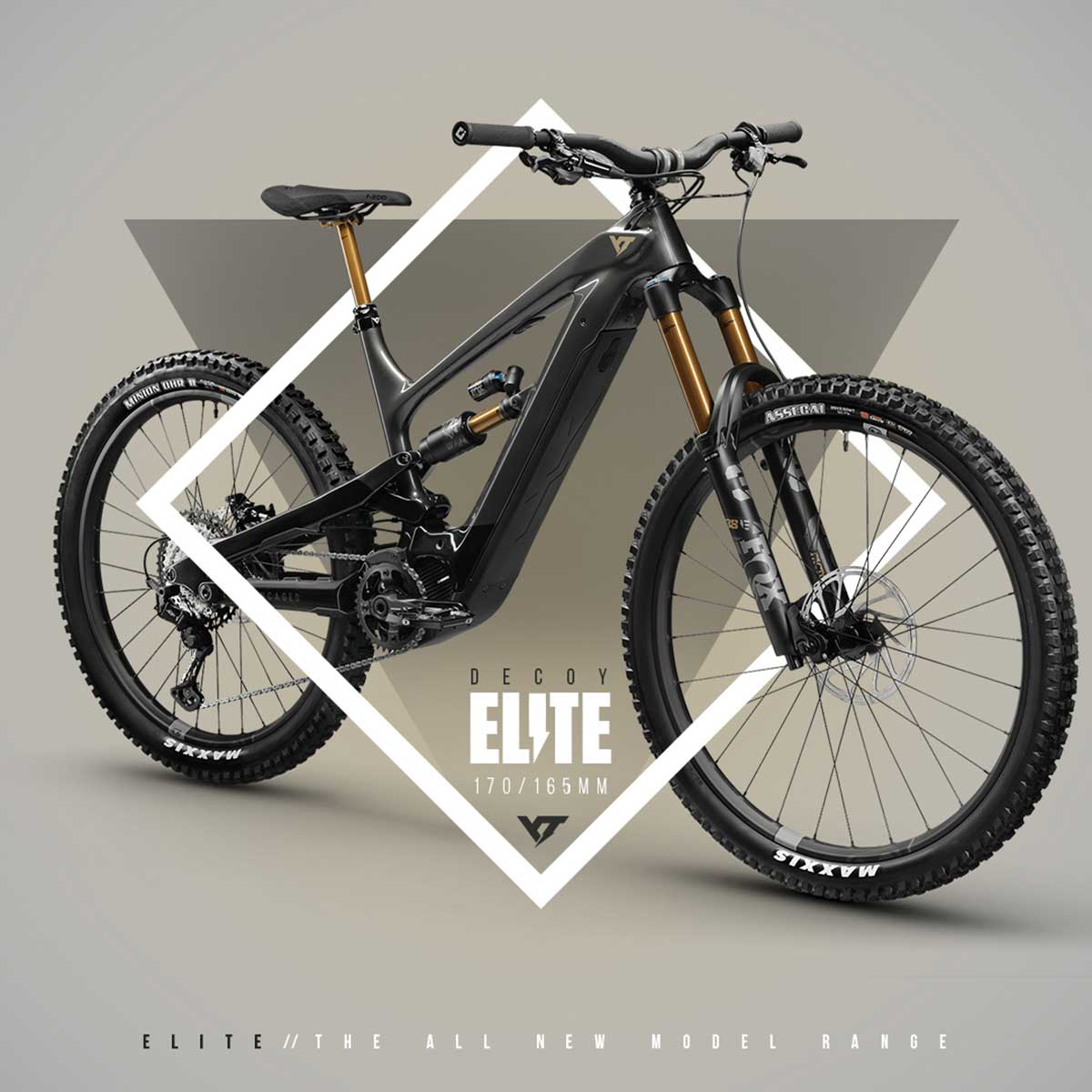 The Decoy is YT Industries’ mixed-wheel size enduro eMTB. It rolls on a 27.5″ wheel out back and a 29″ wheel up front. The rear wheel travels a maximum of 165 mm while the fork travel is 170 mm. The new YT Decoy Elite model gets the full Factory treatment with the 2021 X2 Air Shock and 38 mm stanchion fork. 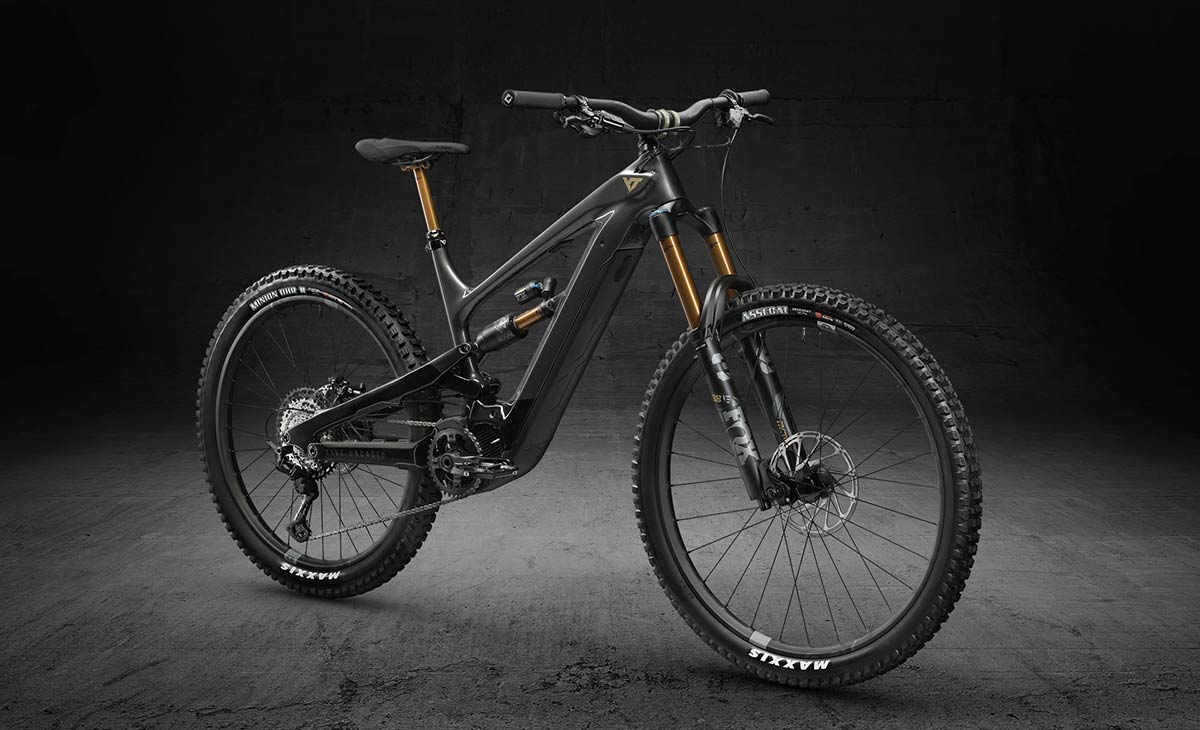 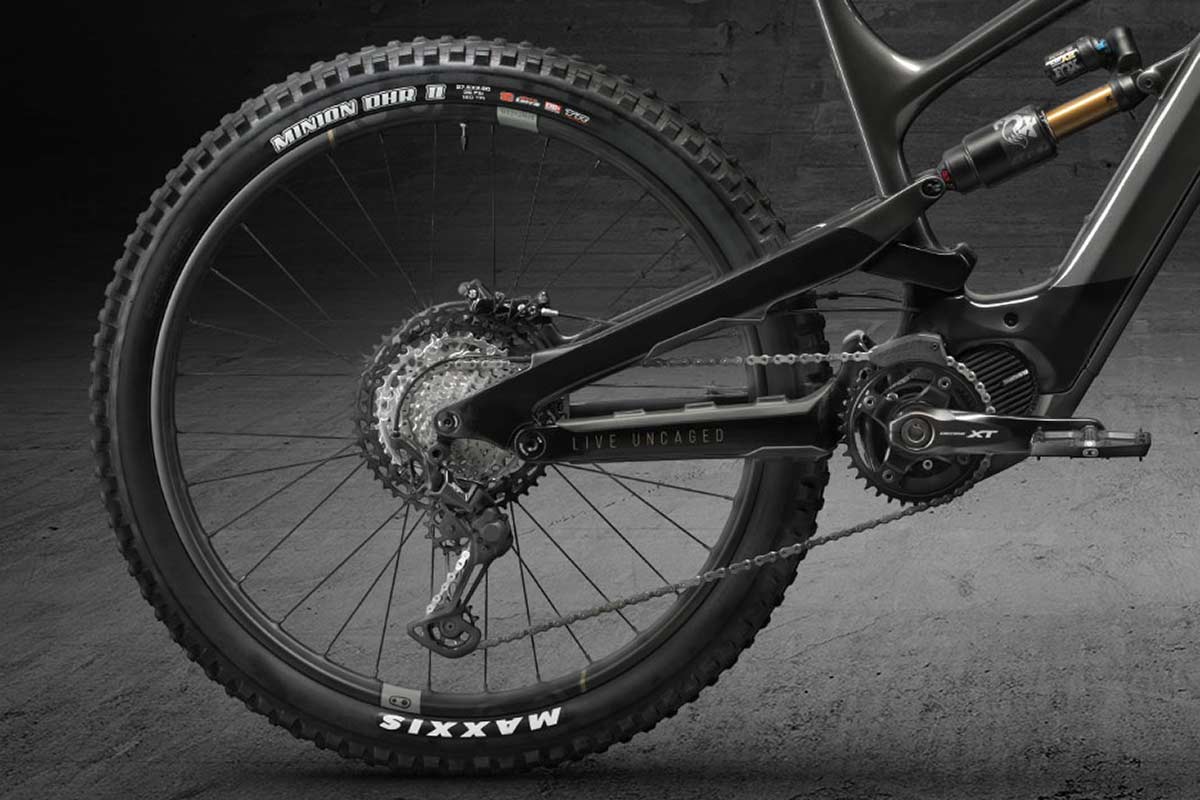 A Shimano E8000 drive unit adds the “e” to this mullet eMTB. It boosts the rider’s efforts via Shimano’s XT 12-speed drivetrain. Code RSC brakes slow the 22.9 kg (claimed, size small) bike down, with 200 mm rotors front and back. 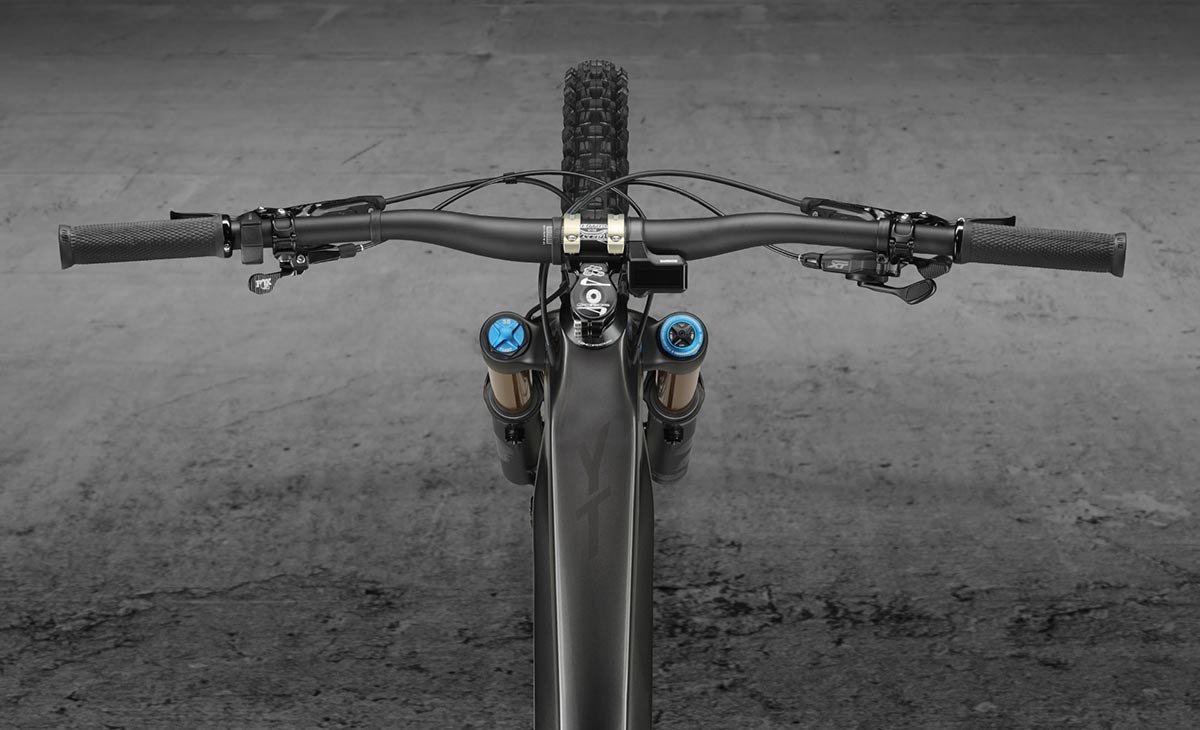 As on the YT Capra Elite, a carbon Renthal Fatbar and Apex stem make up the cockpit. Get it in sizes S-XXL. 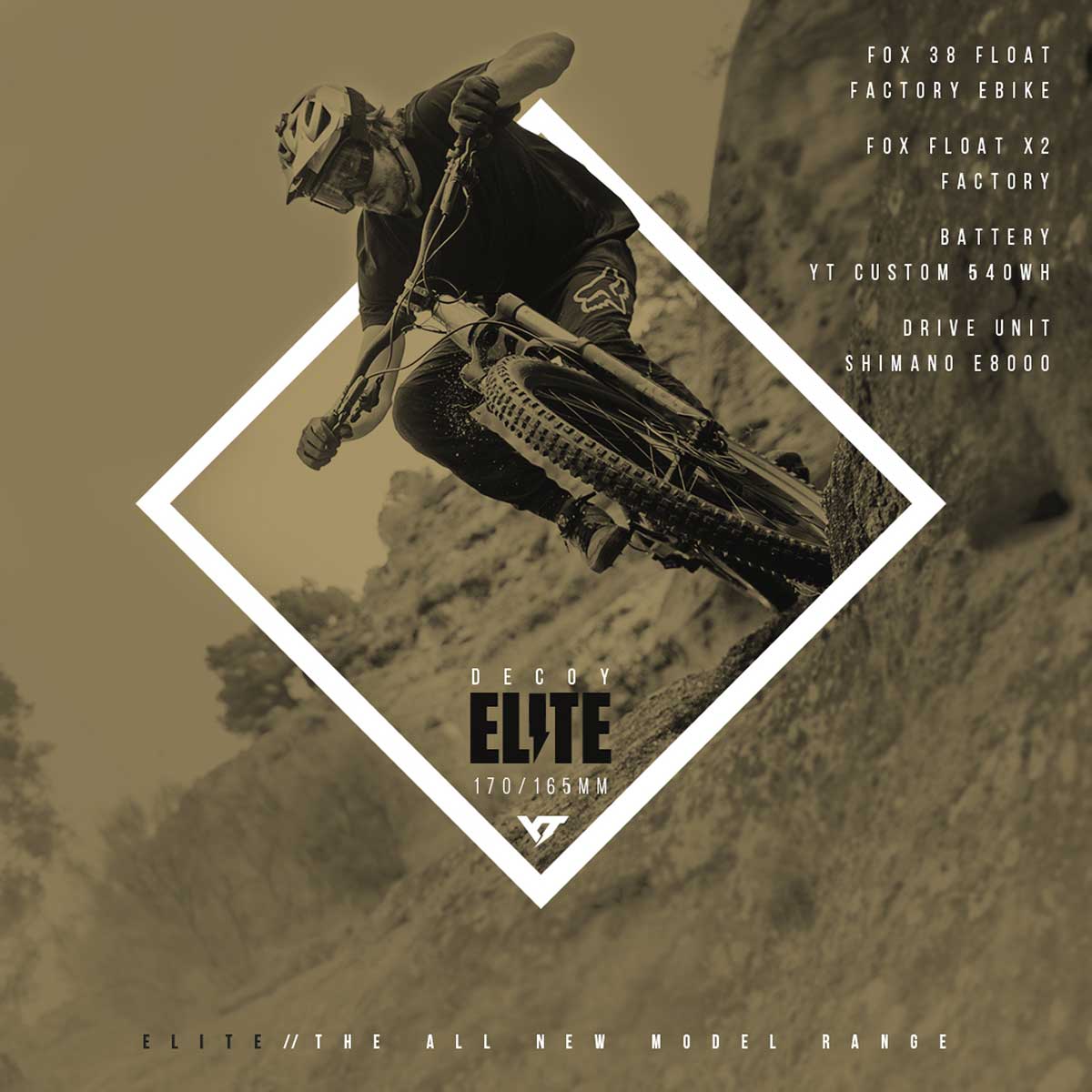