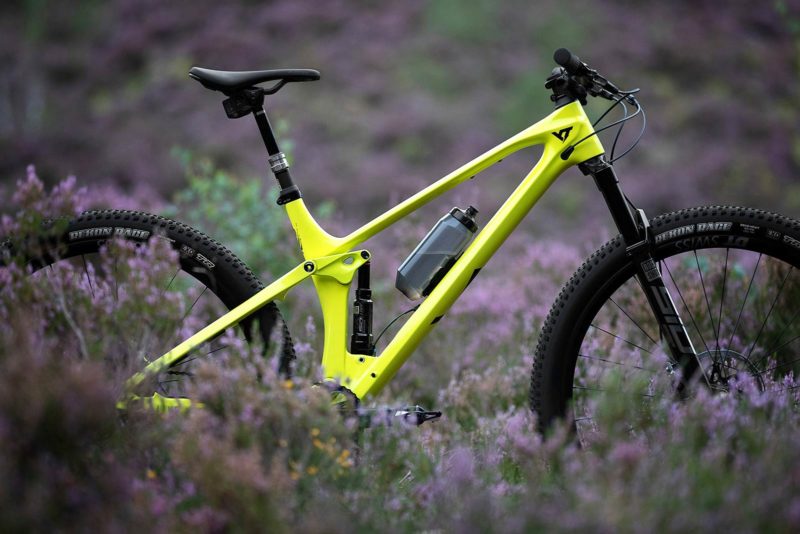 YT Industries has released a run of a shorter travel YT Izzo bikes, limited to just 300 worldwide. The Uncaged 7 loses 10mm of rear wheel travel bringing it down to 120mm. It is YT’s lightest full suspension mountain bike yet, with the reduced travel and lightweight componentry making the platform a little more XC race-worthy. 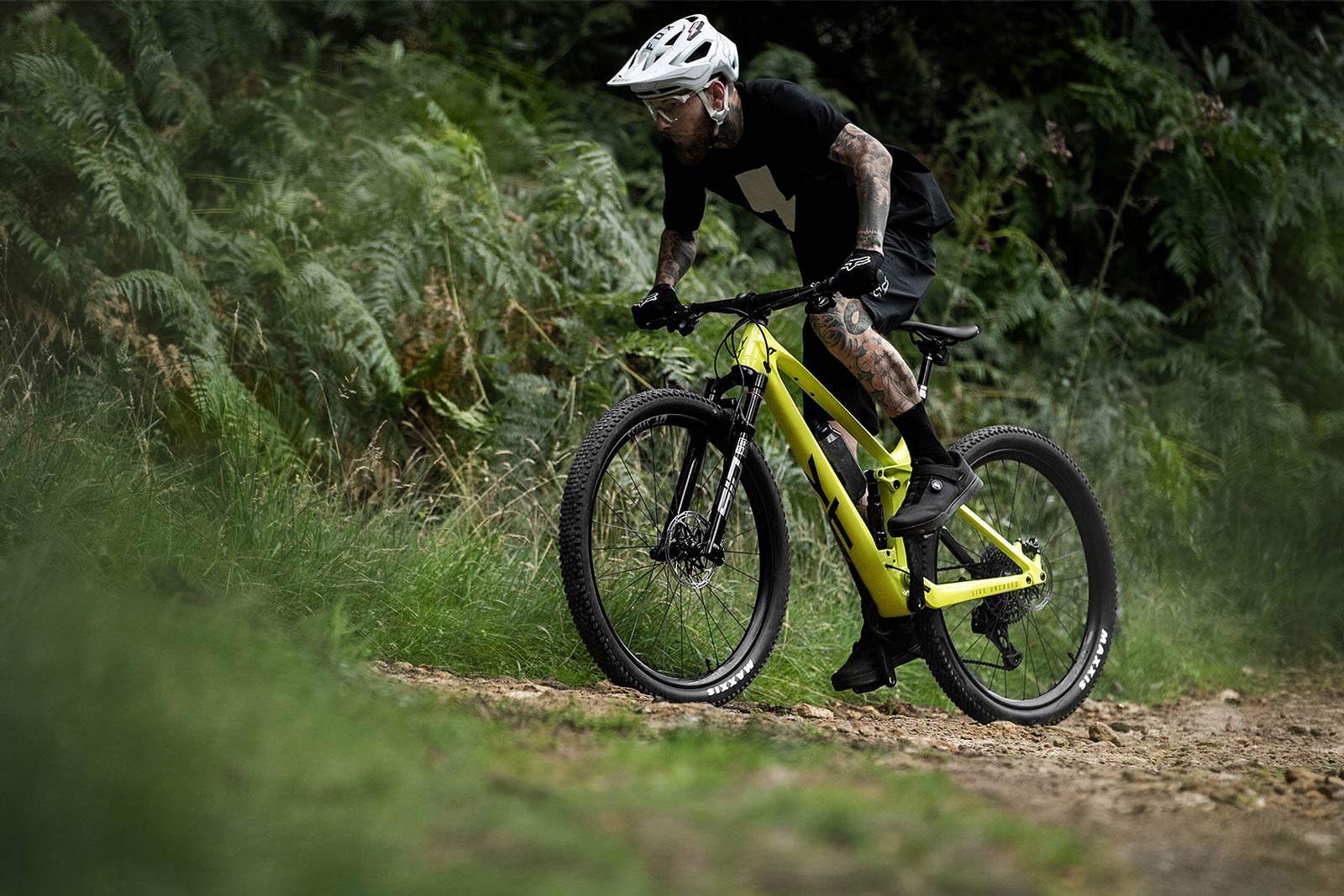 While the 130mm of rear wheel travel boasted by regular Izzo models places them in the short-travel trail bike category, the 120mm Uncaged 7 model edges more toward Downcountry, or even XC. This Laser Yellow model weighs a claimed 11.4kg/25.1lbs in size small. 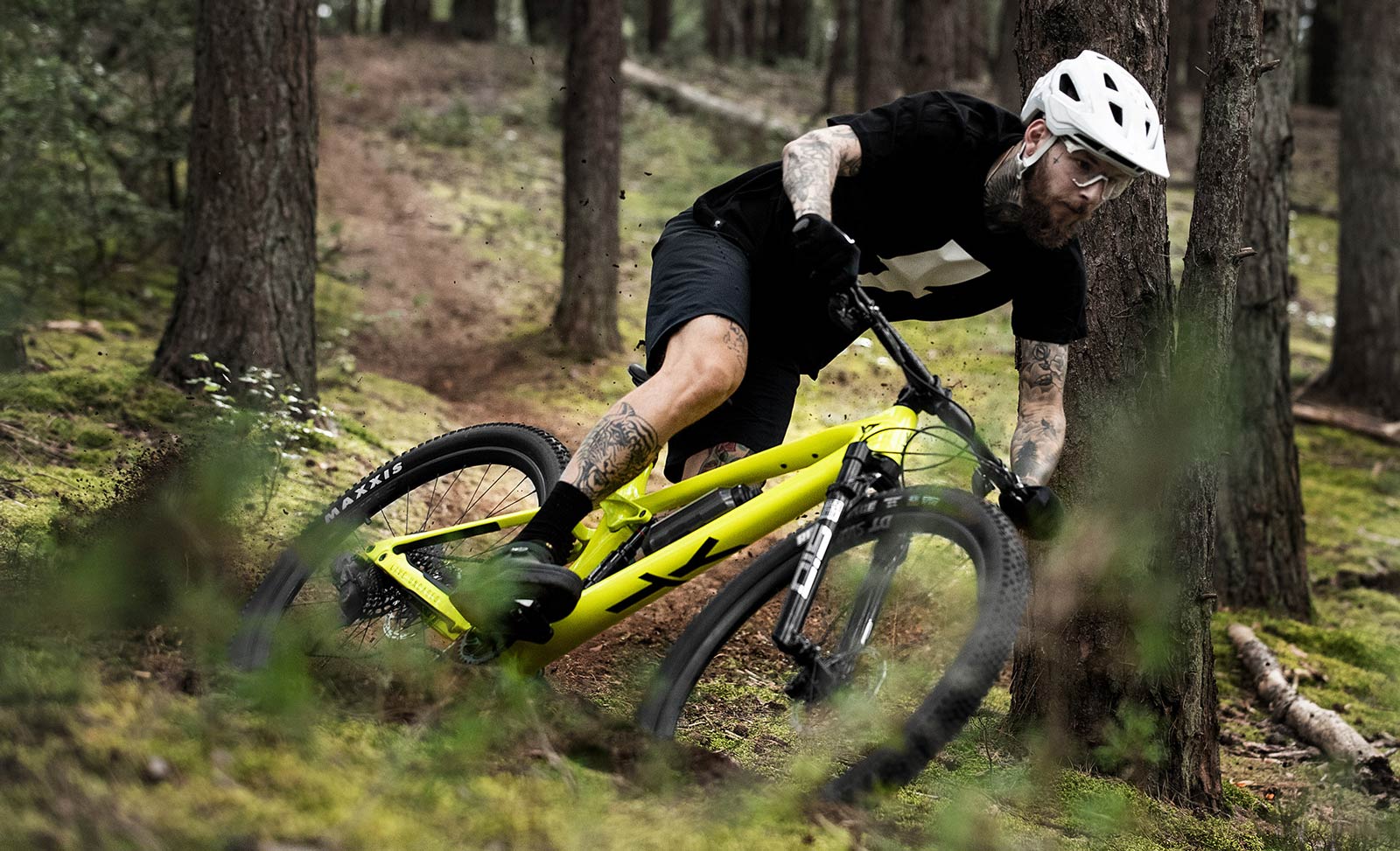 The Izzo Uncaged 7 runs the exact same frame as the 130mm Core model simply fitted with a shorter stroke shock. As such, the 29er is offered in a S to XXL size range with reach figures stretching from 432 mm up to 517 mm, catering to a wide range of rider heights. 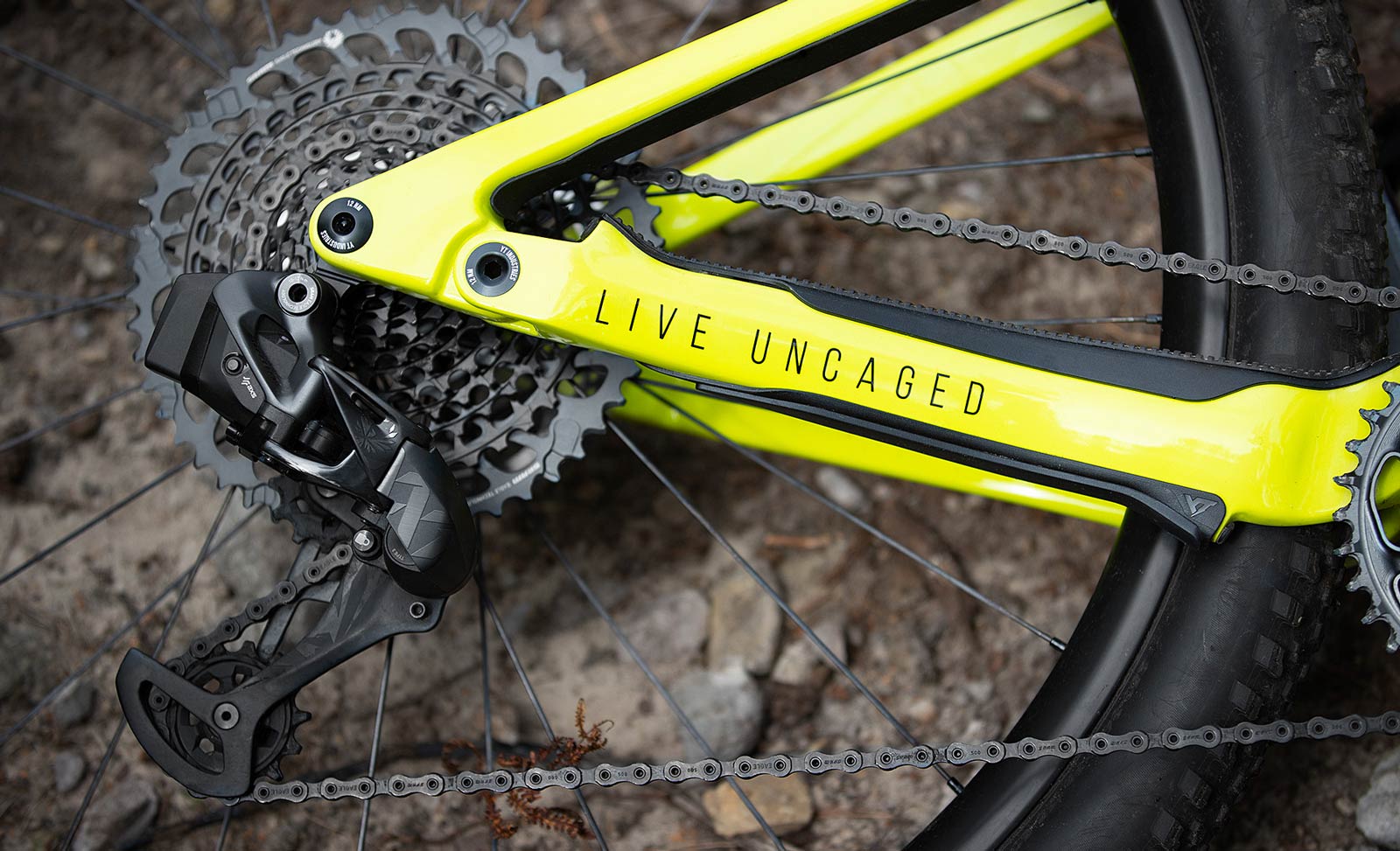 This limited edition model is kitted out with a RockShox SID Ultimate 120mm fork and a SIDLuxe Ultimate shock. Both ends can be locked out for a firm pedaling platform thanks to the SRAM TwistLoc Full Sprint remote. Rounding out this high-end build is a suite of electronic componentry including the SRAM XX1 Eagle AXS groupset and Reverb AXS dropper seat post. 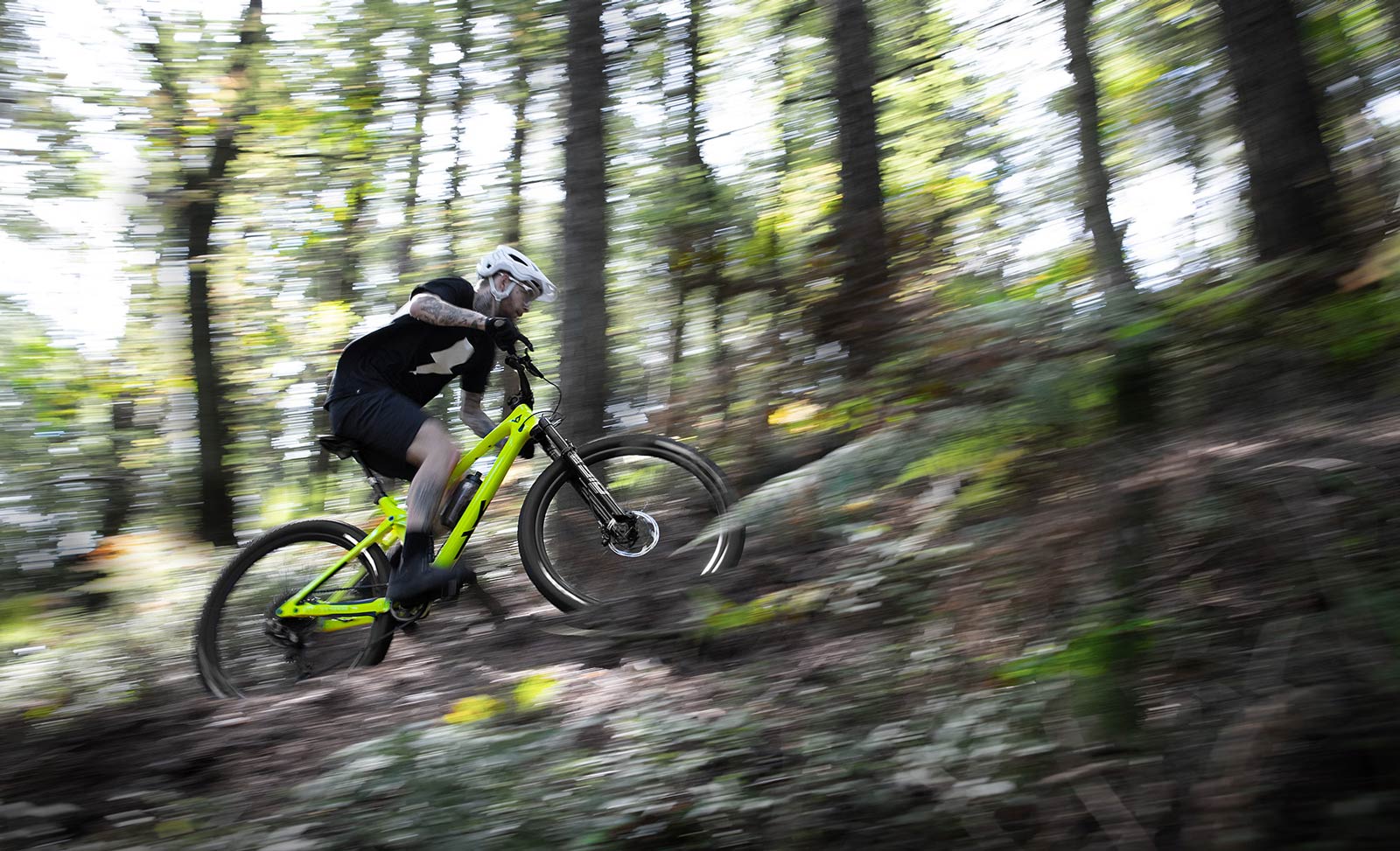 The bike rolls on the XCR 1200 Spline wheelset from DT Swiss fitted with fast-rolling Maxxis Rekon Race tires. Taking care of speed control are SRAM’s G2 Ultimate 4-piston brakes paired with a 180mm rotor up front and a 160mm in the rear. The cockpit is finished off with a 740mm wide Race Face Next SL carbon handlebar.

shock is still upside down (like most xc rigs w/ cable actuated lockout). good luck getting more than a season out of that shaft with all the fluids pooled at the other end.

those shocks dont have sponge seals, it shouldnt matter.

Nice display of skidding through corners… Now learn how to do that without touching your brakes.
Good luck with the warranty support.

I don’t believe oil pooling is a thing in shocks like this. The air and oil are separated by a piston so the oil can’t flow from one end of the shock to the other. The oil literally doesn’t know which way is “up”.

The bath fluid does know which way is up however and it won’t by resting on the seal and bushing therefore, regular maintenance is key.