With the triathlon world championships looming this weekend at the Ironman in Kona, Zipp is getting deep with their biomimicking Sawtooth profile and top-level Nest Speed Weaponry lab tech. Their newest addition – the Zipp 858 NSW – takes deep undulating carbon clincher rims and laces them to either rim or disc brake hubs for an aero race wheelset that Zipp says will excel in any conditions. Using the humpback-inspired Sawtooth profile debuted on the 454, Zipp claims that riders can benefit from the improved aerodynamics of the deeper section of the new 858 NSW in any wind conditions. With varying rim depth from 77-82mm, the claimed stability in variable winds makes these new wheels the ultimate choice for any type of competition, from traditional road racing to TTs and triathlon. In Zipp’s own words, “Faster than an 808. Rides like a 404.” Zipp even says that improvements in aerodynamic drag and crosswind stability are both even greater with the deeper Sawtooth rim, allowing cyclists to stay longer in their low aero tuck. The new wheels of course also include more NSW tech, like Zipp’s latest hexagonal ABLC variable dimple & ridged design which aims to break up the air against the rim for optimized aerodynamics. The rim brake wheels use their own rim with the latest silicon carbide Showstopper braking surface, while the disc rims have their own profile without any vestige of a brake track. At Eurobike just over a month ago Zipp transitioned most of their disc brake NSW & Firecrest carbon clincher wheels over to road tubeless. But beyond rim brake wheels not making the switch, neither did the Sawtooth 454. And unfortunately again the 858 NSW does not get tubeless compatibility. 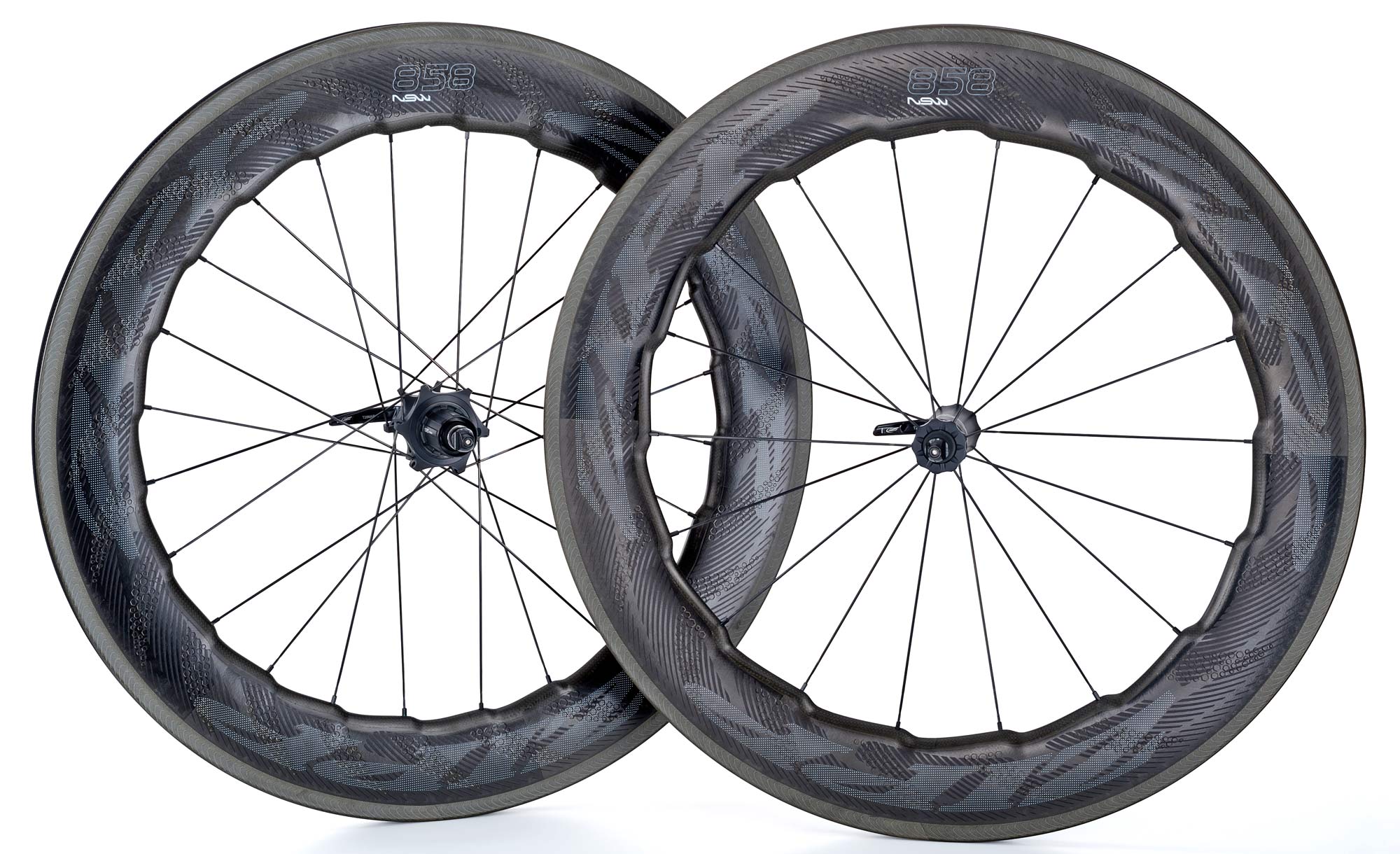 The rim brake wheels have the same 17mm internal rim width (and depths), but actually use different rim profiles front & rear, optimized for the different spoke lacing used. The more symmetric front wheel with its 18 radially laced spokes gets a slightly wider rim that maxes out at 24.4mm external, while the 24 spoke rear gets up to 23.7mm at its widest point. The rim brake wheelset weighs 1750g (808g front/942g rear) and retails for the same $2000€ front & $2400€ rear pricing, with Nov 2017 availability.

And a humpty looking set of wheels at that…

The UCI better make some changes in their technical limitations soon, it seems like we’ve reached peak wheel and they’re just trying their hardest to ‘innovate’ at this point. Good on them, but man, they’re really searching for a smaller and smaller market with this stuff.

Yeah wheels haven’t really gotten much “faster” in the last decade. Aero performance with wider tires (more comfort, marginal rolling resistance gains) and braking have been improved but I would definitely not buy any of the latest and greatest wheels. As someone who likes to make very informed equipment decisions the value isn’t there.

Can we discuss the important issue here!
Did cervelo make a soft ride TT bike and I missed it?!