If you read my picks for Editor’s Choice, then you already know I like the Kona Libre DL. A lot. Arguably one of the hottest categories for 2018, the world of gravel riding is quickly expanding and a number of companies are following in step with new bikes. Kona is no stranger to off-road drop bar bikes, but to me, the Libre DL is their best bike yet when it comes to a bike that is equally at home on pavement, or off. 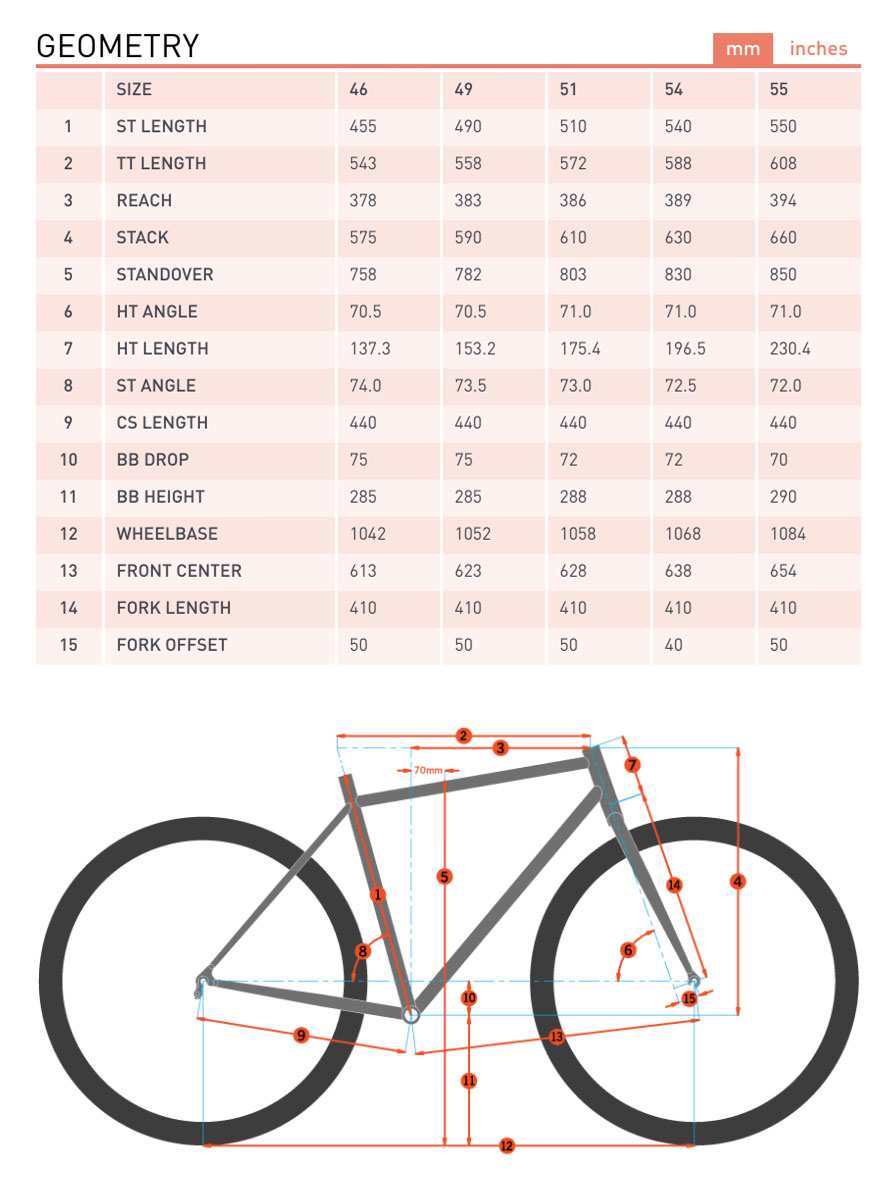 What’s up with that front end?

When Kona first launched the Libre series, it raised a few eyebrows thanks to some interesting geometry numbers. Compared to other gravel bikes that I’ve ridden and loved, there are indeed some noticeable differences. One that immediately stands out is the difference in stack height which is the vertical distance between two horizontal lines drawn through the top of the head tube and the center of the bottom bracket. Compared to bikes like the OPEN U.P.P.E.R. and the Lauf True Grit, the Kona has a massive stack at 590mm for the size 49cm that I have been riding. Comparatively, that’s the same stack as the largest frame size from Lauf. The Kona also has a fairly long reach at 383mm, though this is exactly the same as my Small Long True Grit.

Coupled with that high and long front end, the Libre DL has comparatively slack angles with a 73.5° seat tube angle and 70.5° head tube angle. The differences continue with much longer chainstays and wheelbase, plus a lower bottom bracket.

On paper, it may seem like the Libre DL will be too tall, too upright to be fast, but that seems to be the exact opposite of how the bike actually rides. While you certainly sit more upright than a bike like the Lauf or OPEN, the combination of angles and body positioning seem to make it easier to put down more power – at least for me. Every time I ride the Libre DL, I’m constantly amazed at how good it makes me feel and that feeling is further rewarded with some of the fastest speeds that I’ve been able to maintain on a gravel rig. I also noticed that I don’t get numb hands like I do on many other gravel bikes when riding for longer distances. I should point out that I have no problem riding much more aggressive positions with a lower front end, but this has me rethinking whether that’s actually beneficial. Sure, a lower front end might be more aerodynamic, but this position makes me feel like I can put out more power for longer periods of time which may be more important in the long run.

What really surprised me wasn’t just how fast the bike was on pavement or flat ground, but also how capable it was as soon as you dropped into some technical terrain. Certainly the massive 700 x 45mm WTB Riddler tires help out a lot in this regard, but the geometry deserves just as much credit providing a stable, confidence inspiring ride. Along those same lines, I’ve never felt so comfortable pulling wheelies on a gravel bike before. Not that that’s an important feature for your next gravel race, but it speaks to the maneuverability of the Libre DL as a whole.

Some of that comfort is also likely a result of the carbon frame and fork. The Libre DL has a fantastic ride quality, yet it seems like a Kona in the fact that it’s probably overbuilt for most riders. Between myself, and a friend of mine who helps test product, we’ve had some pretty hard crashes on the Libre DL so far – the result of pushing the limits of a gravel bike on MTB trails. And yet the frame seems no worse for wear. Even though it initially felt way too wide, I’ve also come to love the huge 45cm (center to center) handlebar that comes stock on the 49cm frame. I’ve always been taught that for proper fit, the bars should be about the same width as your shoulders. However, thanks to changes in handlebar profiles, that may have changed a bit.

One of the important things to remember is that on a flared bar like this, the shifter hoods actually angle inwards. That puts the distance between the two hoods at 42cm center to center, rather than the 45cm center to center at the top of the bar. That means that you’re comfortable on hoods for long periods of time, yet when you’re on the drops you have even more leverage at 54cm center to center. With a bar this wide, there’s also extra room for handlebar bags which could come in handy for a bike like the Libre DL. Another one from my EC list, the WTB Riddler 700c x 45mm tires have proven to be one of my favorites. The center tread section is so fast on the road and on hard packed surfaces like the sandy roads of Gainesville, FL, but when you start to lean the bike and you really need traction, the cornering knobs have an aggressive bite. They’re so aggressive that when you’re cornering on pavement, you can tell exactly when the side knobs start to make contact because it feels like someone grabbed your brake for you. Obviously, this isn’t the best tire for fast cornering on pavement then, but the trade-off is impressive cornering traction when you need it most – riding sketchy trails off-road. My only criticism would be that these seem to wear pretty quickly, but I have put a lot of miles on this bike this season on just about every surface possible including a lot of road miles.

While I’m still on the fence about 700c vs 650b for gravel bike use, there was nothing about the Libre DL that left me wishing I had smaller wheels and bigger tires. Perhaps if I was planning to ride more trails with it and less road, that would change my mind. But overall, I’m very happy with how the 700c x 45mm tires handled just about everything I could throw at it. There are plenty of opinions when it comes to 1x drivetrains on gravel bikes. Personally, I’m fine with it. Would it be better to have slightly smaller jumps between certain gears? Probably. Is it worth losing chain retention security and adding more complexity, weight, and noise to the drivetrain? For me, no. This is definitely a personal preference thing though (right Jayson?). If you must have a 2x drivetrain, the Kona Libre is speced as such, though it has 650b wheels and tires.

I still think SRAM’s hoods could use a bit more shaping to the plastic underneath to remove some of the hard edges, but other than that the Force 1 group has performed flawlessly. As have the flat mount Force hydraulic disc brakes with Centerlock rotors. 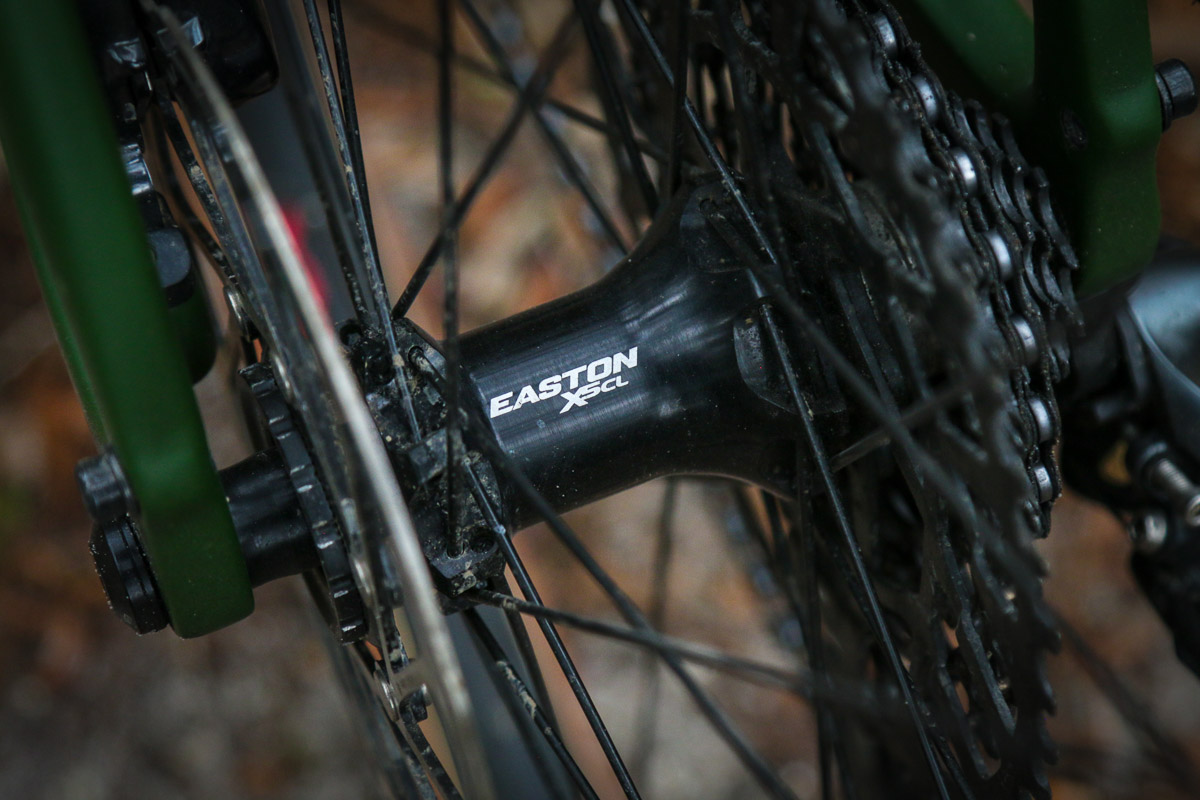 Easton’s EA70 AX wheels have also held up quite well over the course of testing. Setting up the WTB tires as tubeless was a breeze, and for the most part they’ve been trouble-free. There was a few rides where it felt like one of the pawls was maybe hanging up and not properly engaging, but after taking off the freehub and regreasing the pawls, it seems to have fixed the issue. The Libre DL may have a GXP Press Fit bottom bracket to contend with, but after months of riding the bike in serious mud, sand, rain, and everything else, it’s still completely smooth and creak-free. 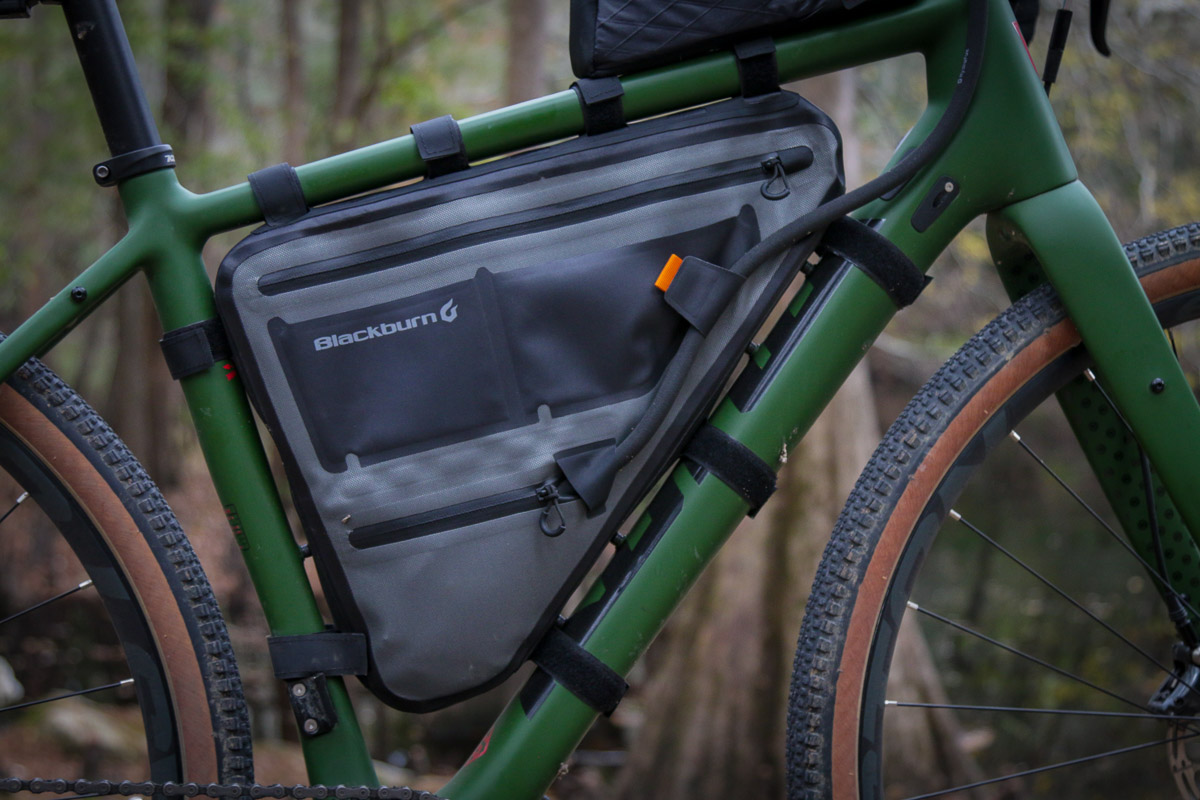 Packing on the pounds

The Libre DL also does a great job of providing numerous braze-ons for multiple accessories including bolt on top tube bags, racks, fenders, and three pack fork mounts. One of the only things not provided is internal routing for the wiring on a dynamo front hub – however this is routing for a dropper post, so there’s that. 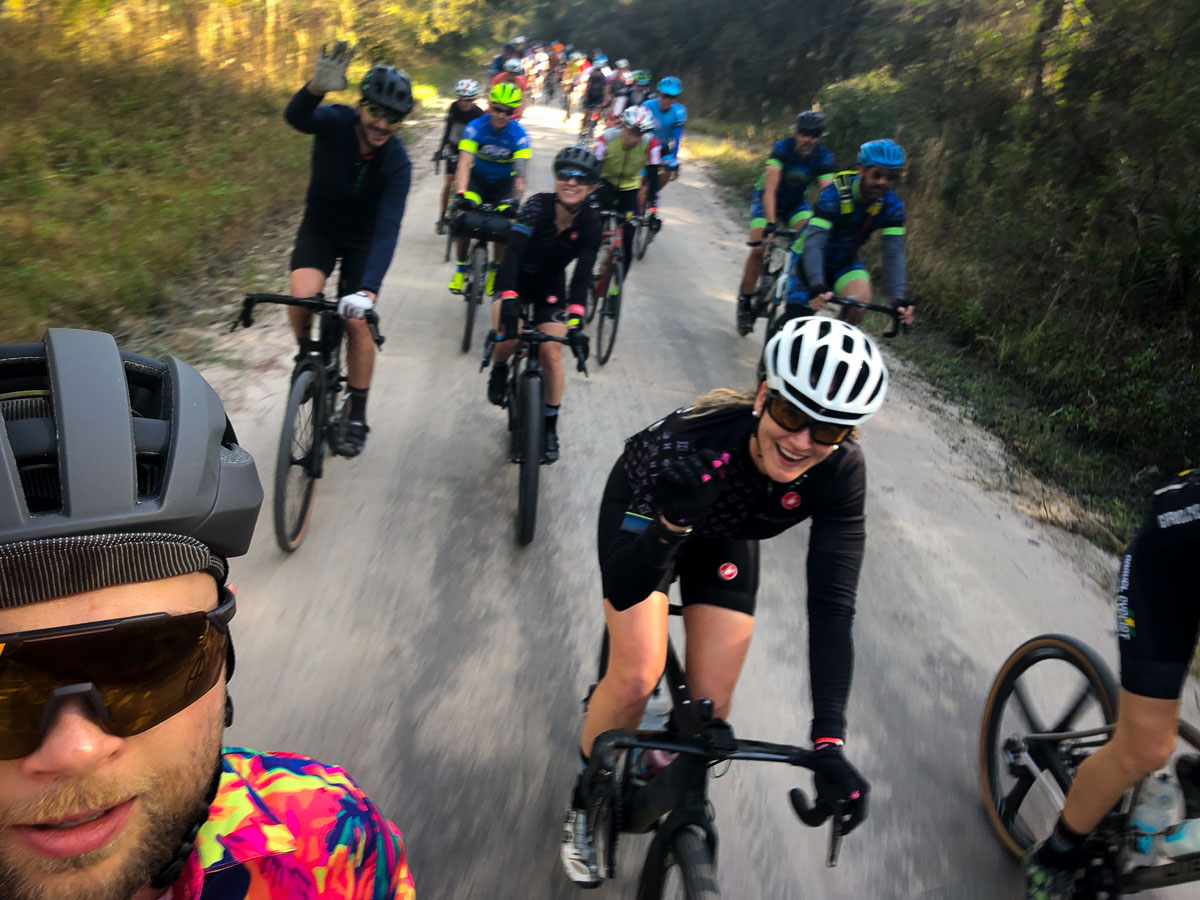 Way too much fun

Overall, there’s no mistaking that this is a Kona, which is one of the reasons I think I fell in love with it. Kona has a habit of making bikes that are heavily focused on fun with a healthy dose of durability and performance. The Libre DL checks all of those boxes for me. If you’re a proud member of the ‘slam that stem’ club and you prefer your bars much lower than your saddle, this might not be the bike for you. But if you’re willing to ride a progressive geometry that results in a fast, stable, and confident ride, then the Libre DL should be a the top of your list.

For the actual weight, and more frame details, make sure to check out my first post here.