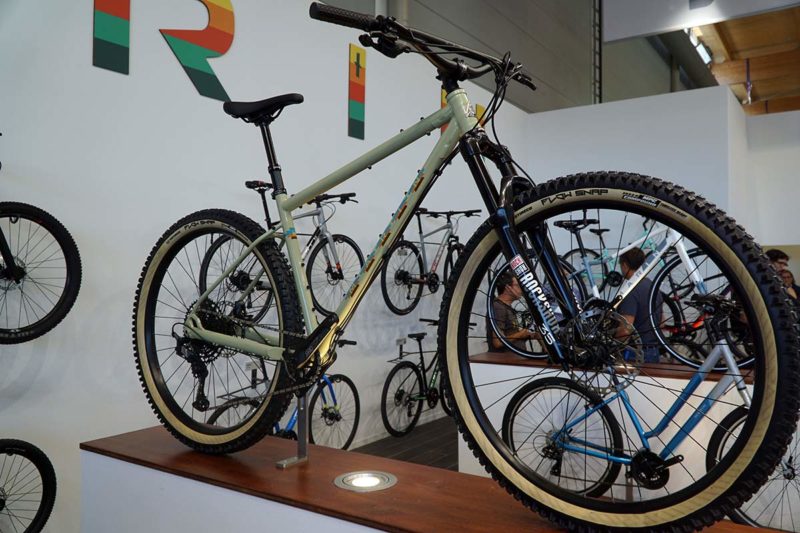 The new Marin Pine Mountain gets into bikepacking adventures with a classic steel frame welded with modern trail bike geometry. What makes it capable of multi-day epics are the abundance of mounting points, massive 29×2.6 tires, and their Bedroll 50mm riser handlebar with support strut. That allows you to attach a handlebar roll bag without it getting in the way of other things…and giving it a better platform on which to mount so it won’t bounce around so much. 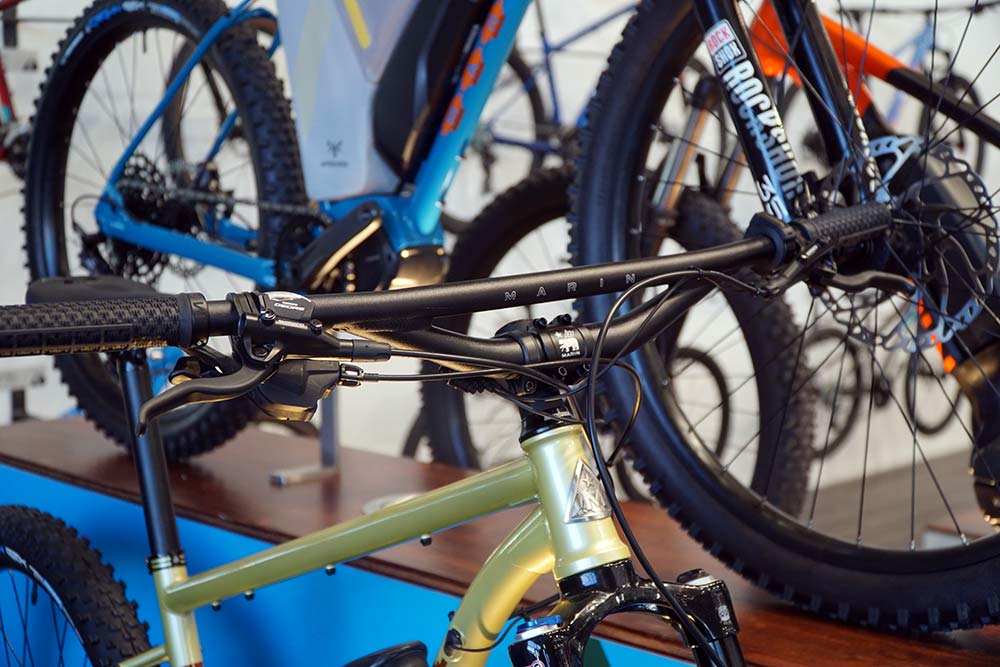 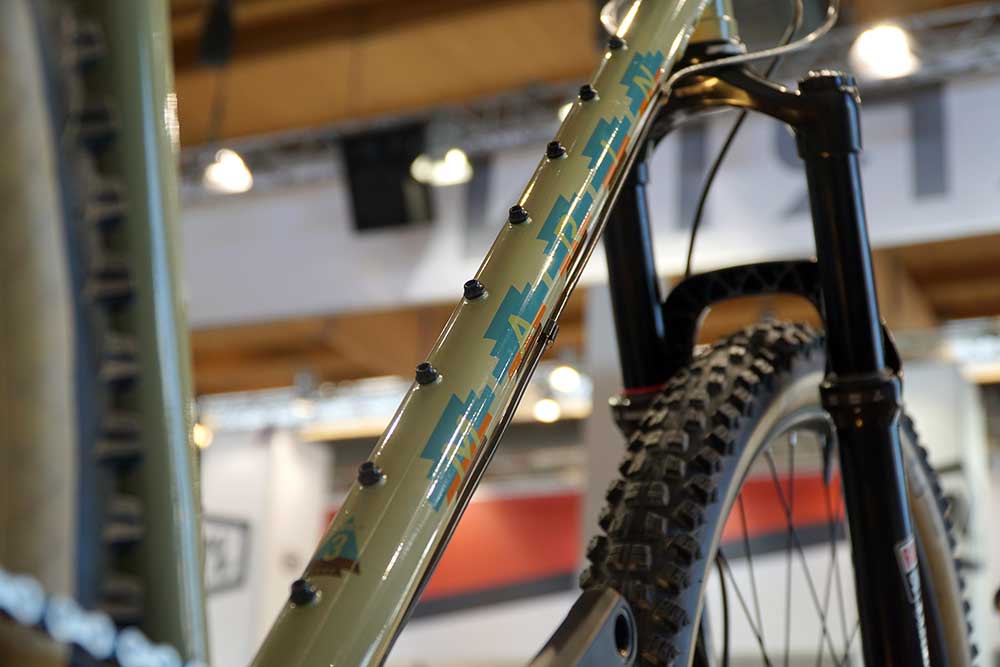 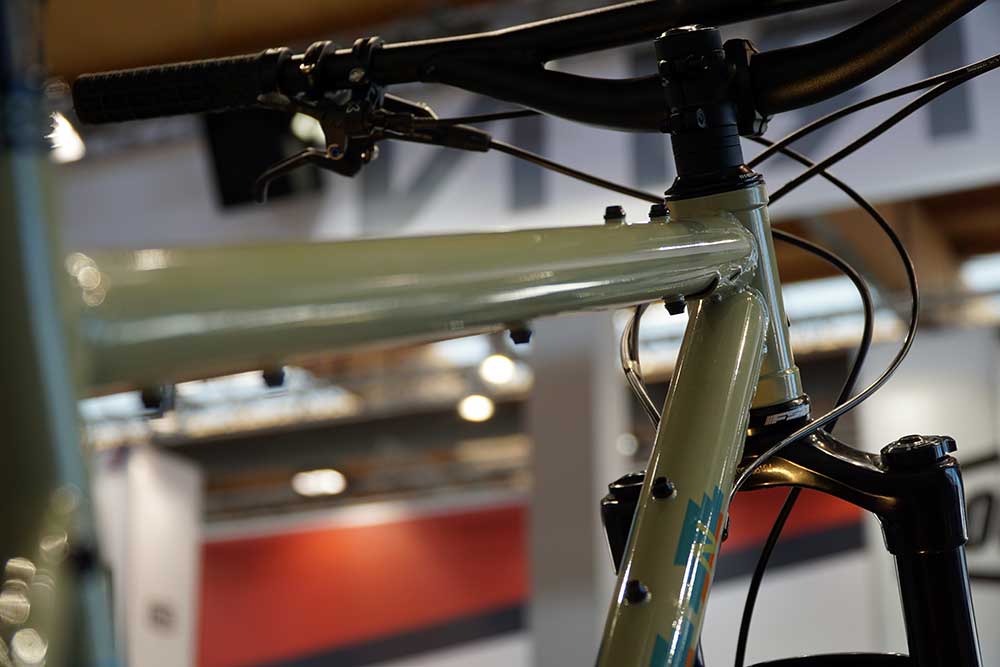 …and the eMTB Pine Mountain version 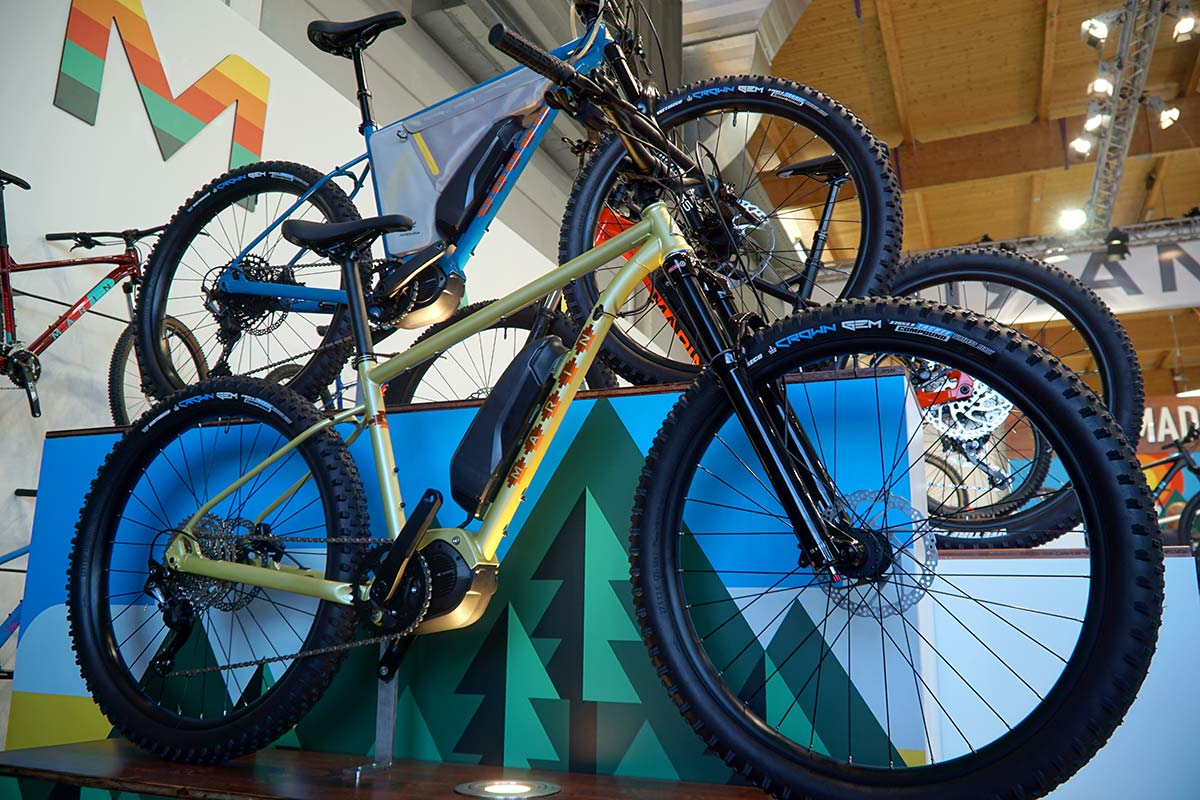 Joining their alloy e-mountain bike for 2020 is a Shimano STEPS equipped version of the Pine Mountain, which gets a few changes. The battery fills in space where all those downtube mountains, and it switches to 27.5+ wheels and tires. Both the 1 and 2 models get the higher end heat treated double butted frame, cast dropouts, and a cast motor mount, too. The e-PM1 gets the STEPS E7000 drive system, and the e-PM2 upgrades to the E8000 system. 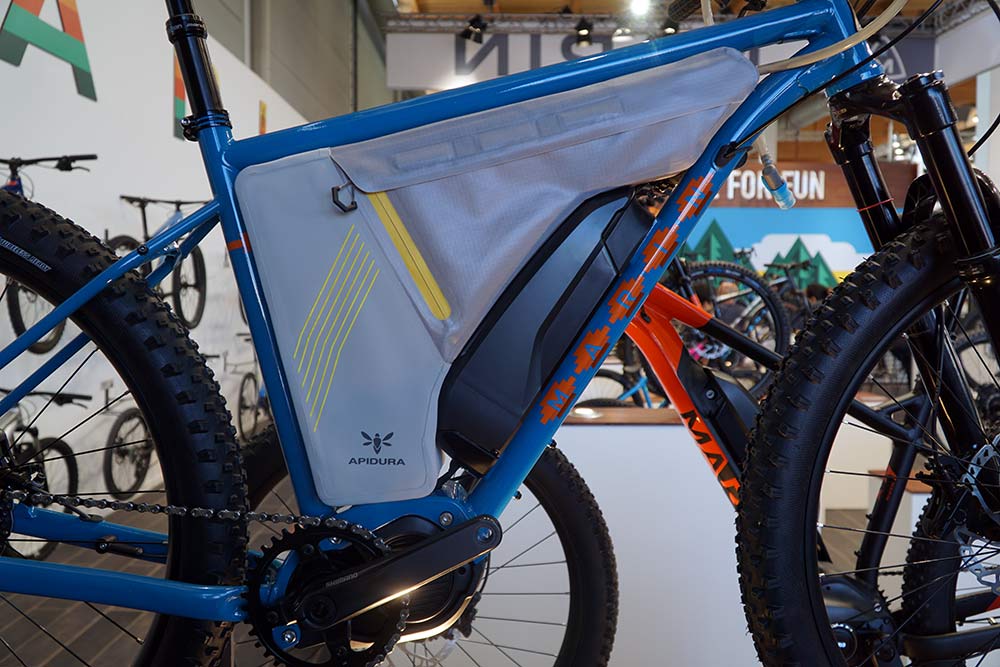 They partnered with Apidura to create this one-off, fully custom frame bag that builds in a hydration reservoir and hose within the main storage compartment.

On the flip side is a separate compartment shaped for an extra e-bike battery, with straps to keep it stable and secure. 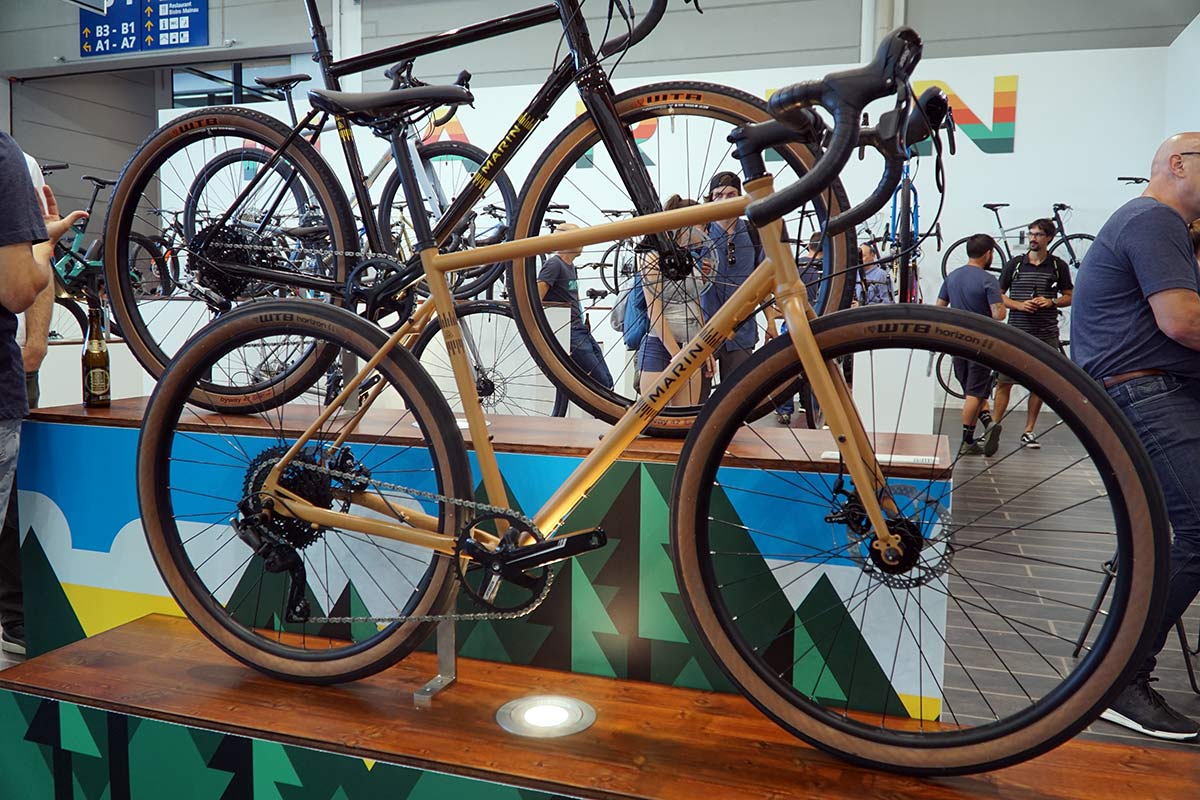 Their Nicasio+ takes the steel adventure bike to the drop bar crowd and gives it a new 650B version with fatter tires than the original 700c version.

Muirwoods is a silver city bullet 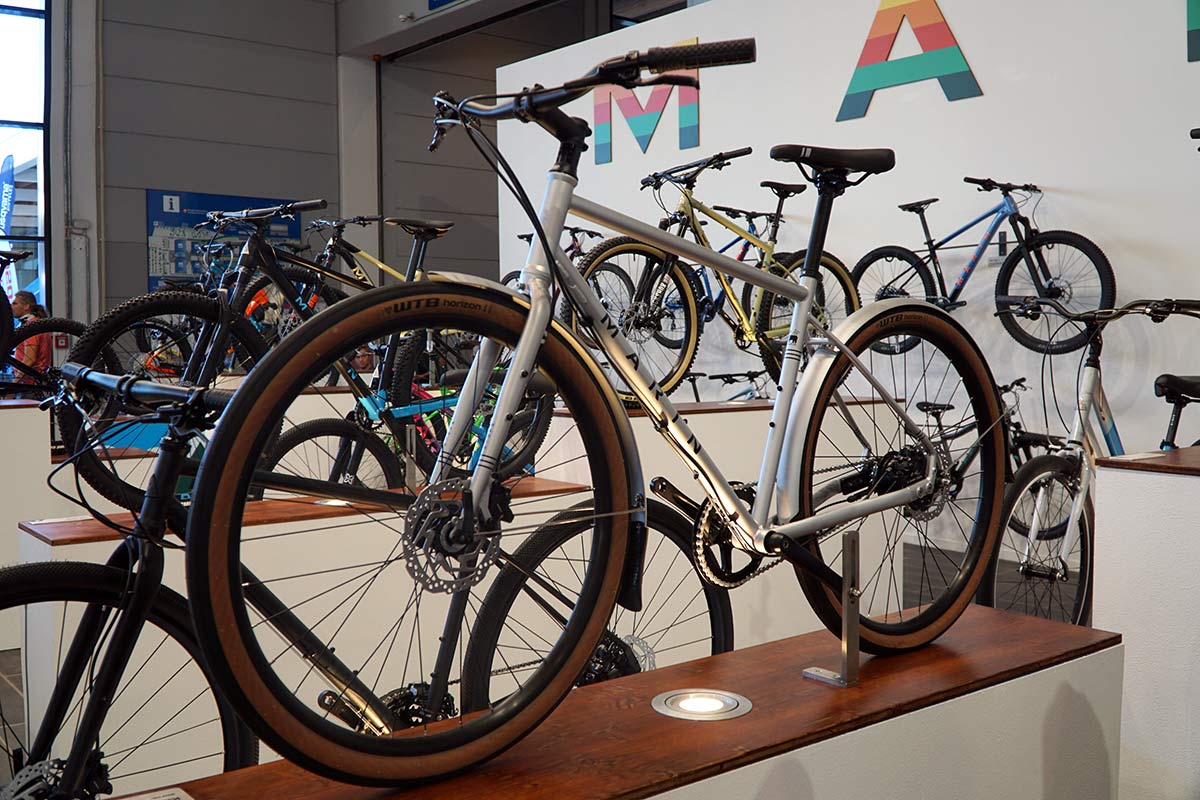 The new Muirwoods keeps the steel frame motif going, but with a flat bar city bike complete with matching matte silver fenders to keep you as clean as this bike looks. It uses an internally geared hub, chromoly frame, disc brakes, and reflective logo decals for improved visibility all around.

…and a carbon gravel race bike 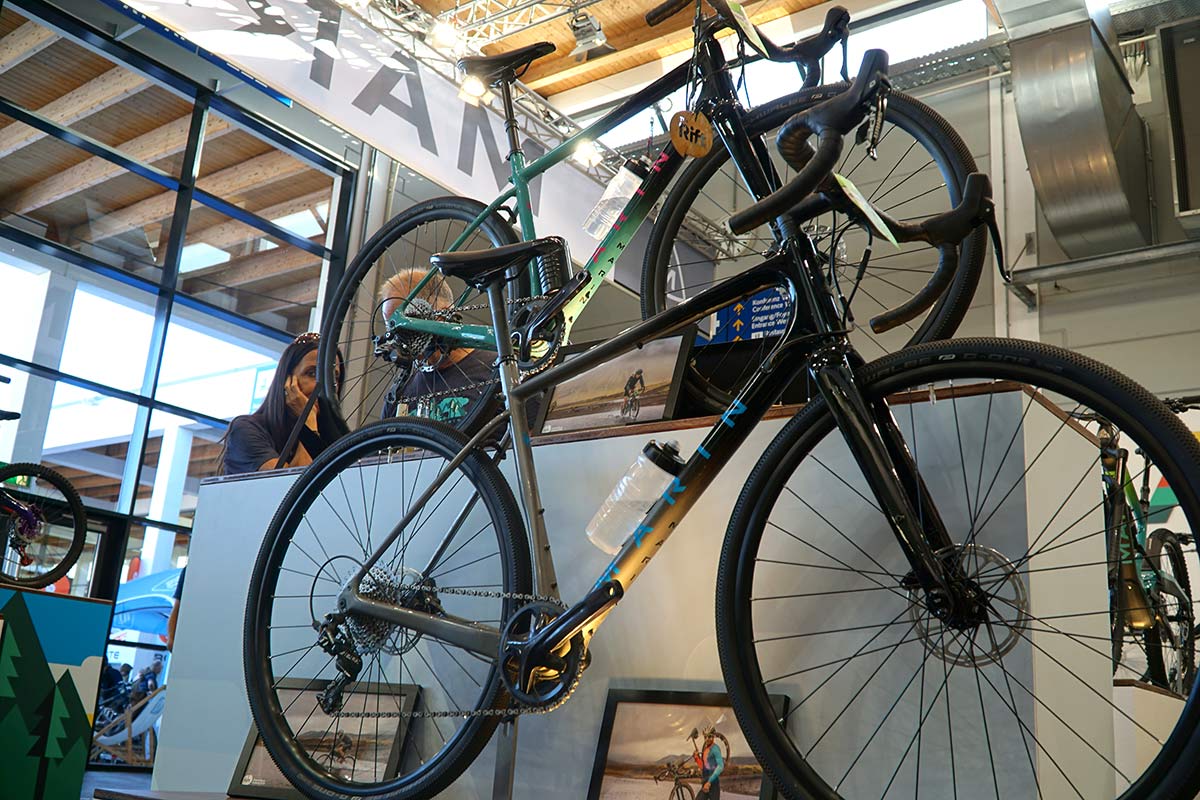 The flagship launch for Marin this year is the all-new Headlands gravel race bike. Already put to the test at The Rift in Iceland, these bikes get a full UD carbon frame and fork with long, low and slack geometry. 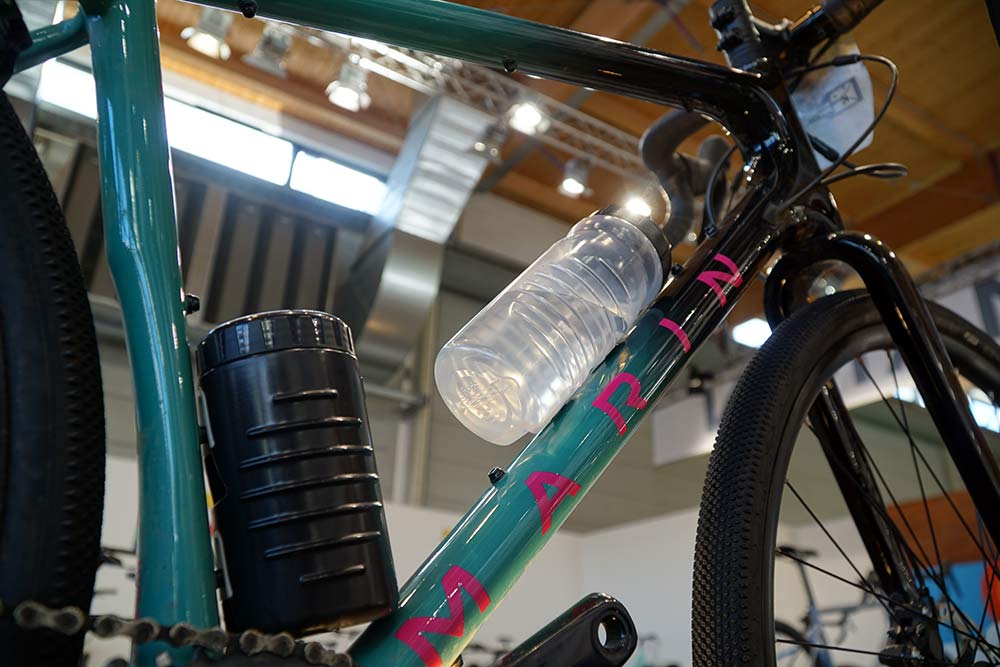 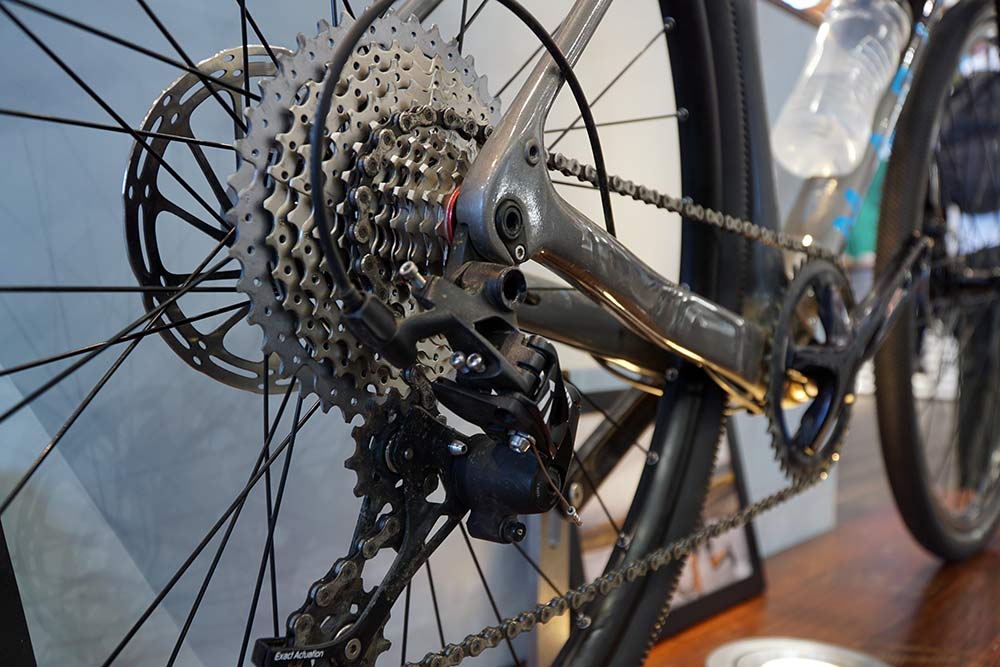 They, too, get plenty of mounting points for bags, bottles and cages. They’ll come with wide range 1x drivetrains only. 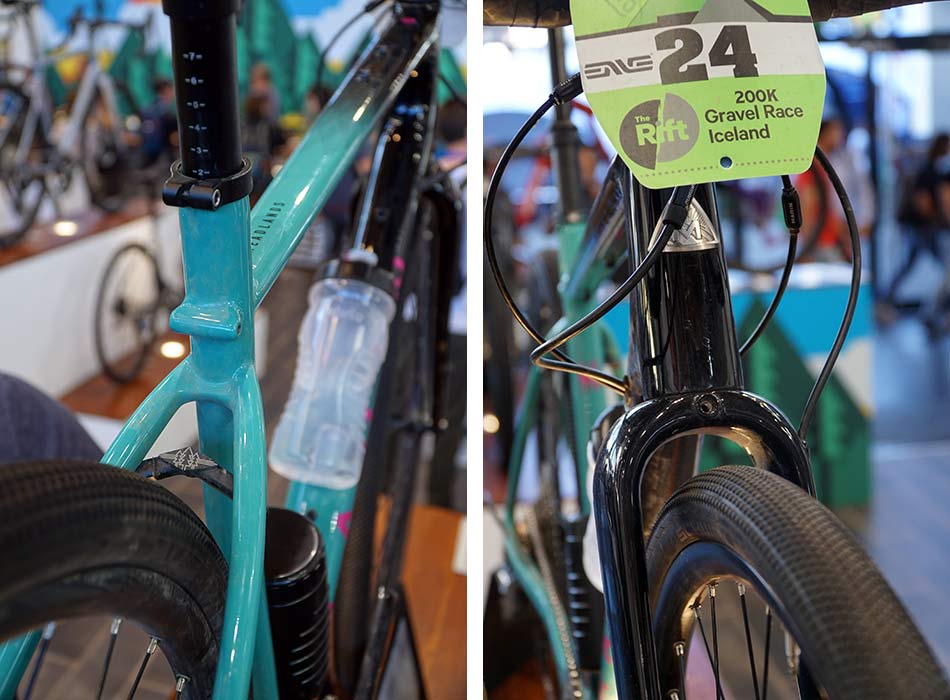 Still using my steel 2002 Marin San Rafael as a daily commuter. 16,000+ miles recorded since I started using Strava and a good amount before that. Been through a couple of chainsets and a new back wheel but the frame is as good as new.

The Bedroll Bar is sweet! What backsweep does it have? And will it be available aftermarket?