Can’t wait for the postponed Tour de France to begin? Thanks to the most recent announcement from Zwift, you won’t have to. Well, at least for the virtual edition, that is. Today, Zwift announced that thew will be hosting a virtual Tour de France in partnership with the real thing. Starting July 4th, the racing will be held over three weekends leading up to the start of the actual race which has been rescheduled to begin on August 29th. Part of the Tour de France United, these races will benefit five different charity partners including Emmaüs, Secours Populaire, Jeugdfonds Sport and Cultuur, BiJeWa, and Qhubeka.

On the professional side, there will be races held for both men and women, with 23 men’s steams and 17 women’s professional teams confirmed for the racing. That includes big names like Chris Froome, Geraint Thomas, Egan Bernal and Greg Van Avermaet for the men’s race and Marianne Vos and Anna Van der Breggen for the women’s. 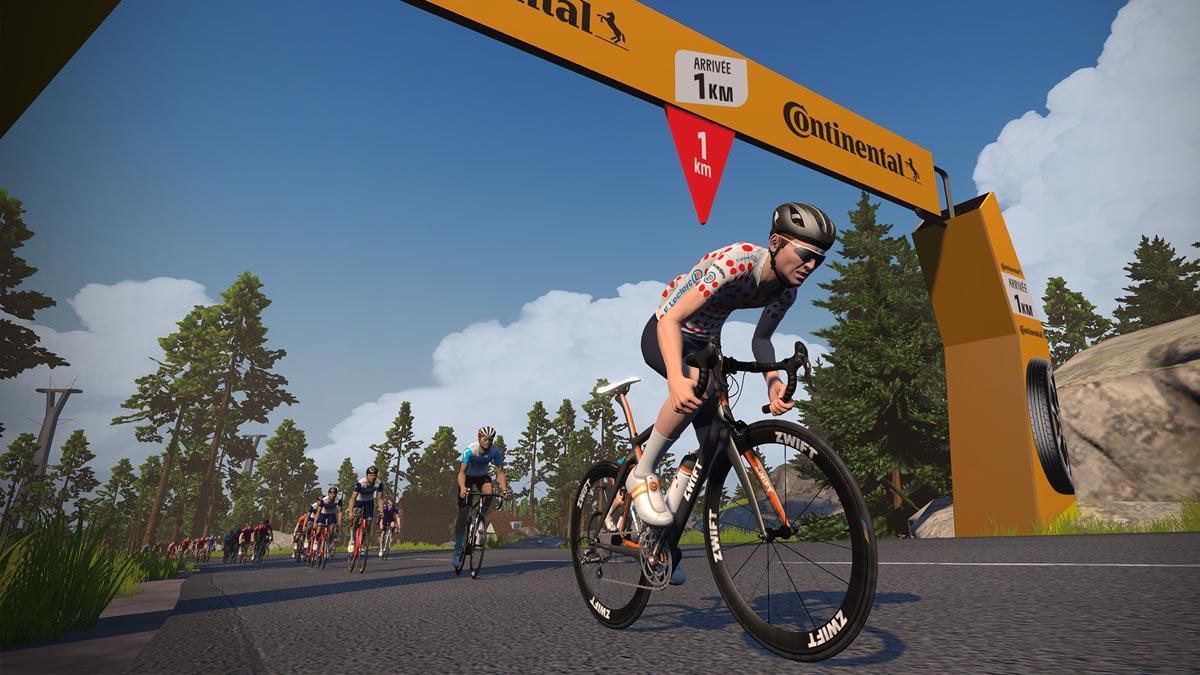 To make the virtual world feel a little more like the race’s French home, Zwift’s Watoptia will be getting a number of additions that are said to be inspired by Nice, which is this year’s home for the Grand Départ. More importantly, Zwift will be gaining two completely new maps – France and Paris. Consisting of six stages, the virtual TDF will start on Watopia for stages 1 and 2, where it moves to the new French map for stages 3, 4, and 5, and then finishes in Paris with laps on the Champs-Élysées, including the iconic Arc de Triomphe. Just like the real tour, the Yellow, Green, Polka-do, and White jerseys will be awarded to the overall leader, sprint leader, King of the Mountain, and best young rider. There will also be an award for the best overall team, and a Most Aggressive rider award sponsored by Antargaz. The racing will be broadcast to more than 130 different countries so you can get your racing fix world wide. You can watch the Virtual Tour here, and you don’t even need an account.

The 6 stages of the Virtual Tour de France: For those of you that prefer riding to watching, Zwift will also be hosting a Virtual l’Etape du Tour de France series on the same three weekends. The real l’Etape is designed to give riders a taste of the Tour by allowing them to ride on an actual TDF mountain stage in a mass participation event. The virtual version will be similar, but held on Zwift instead of French roads.

Three different stages will be used for the virtual l’Etape, starting with the Watopia mountain route which the pros will race for stage 2. Then you’ll move to the new French map for the Casse-Pattes which the pros ride in stage 4, followed by the final stage where you’ll summit “Mont Ven-Top” – the virtual version of Mont Ventoux. Unlike watching the pros, you will need a Zwift account to ride the l’Etape du Tour.

The 3 stages of the Virtual l’Etape du Tour de France (16 sessions spread over each weekend):