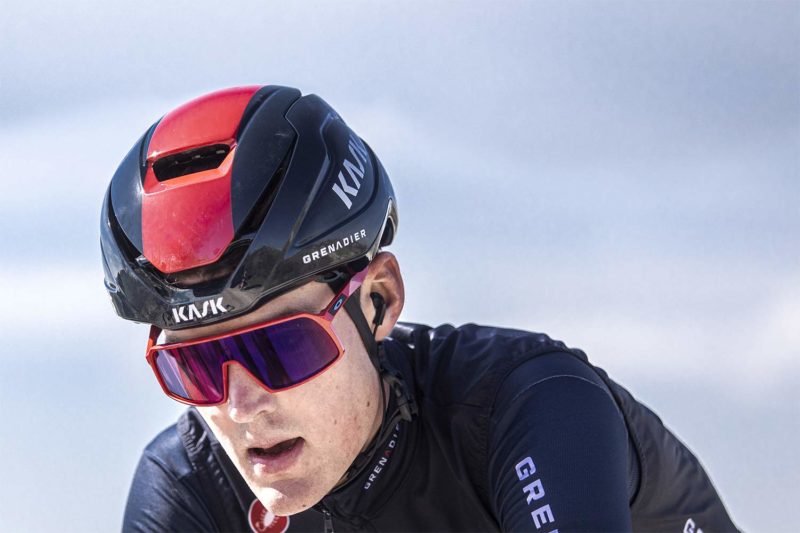 The new Kask Wasabi aero road helmet promises to balance comfort & performance riding across all seasons. The helmet’s adjustable outer shell lets riders prioritize aerodynamics and ventilation, either directing airflow into deep inner channels or diverting it for more wind-cheating speed. The Ineos Grenadiers team debut the new Wasabi over the weekend at Strade Bianche, with Egan Bernal earning a spot on the podium behind the dominant MvdP and World Champ Alaphilippe. 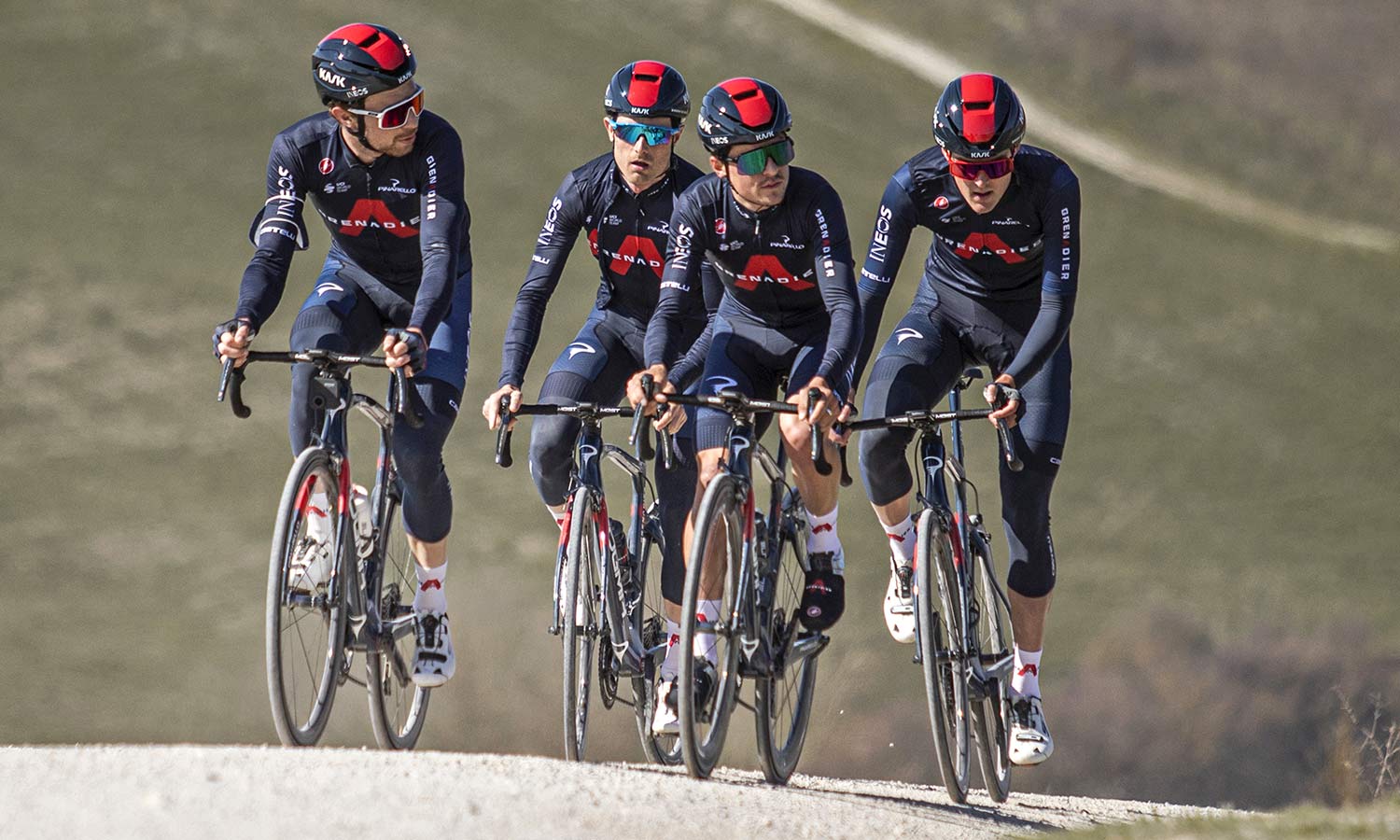 Kask’s first new aero helmet since the Utopia, this new Wasabi looks to aim for similar aerodynamic gains, but improved versatility. Debuted in the cooler weather of early-season road racing, Kask says they expect it to work well from winter cyclocross to summer road racing, with plenty of fast gravel riding in between.

The Wasabi’s standout feature is the large central portion of the outer EPS shell that can be slid forward and down to limit airflow. Or pull it back to open up a large vent opening, channeling airflow directly onto the rider’s forehead for additional cooling, plus two smaller openings on the side. Kask claims the effect is a change of internal temperature of roughly 1.5°C/2.7°F when riding at the same speed. 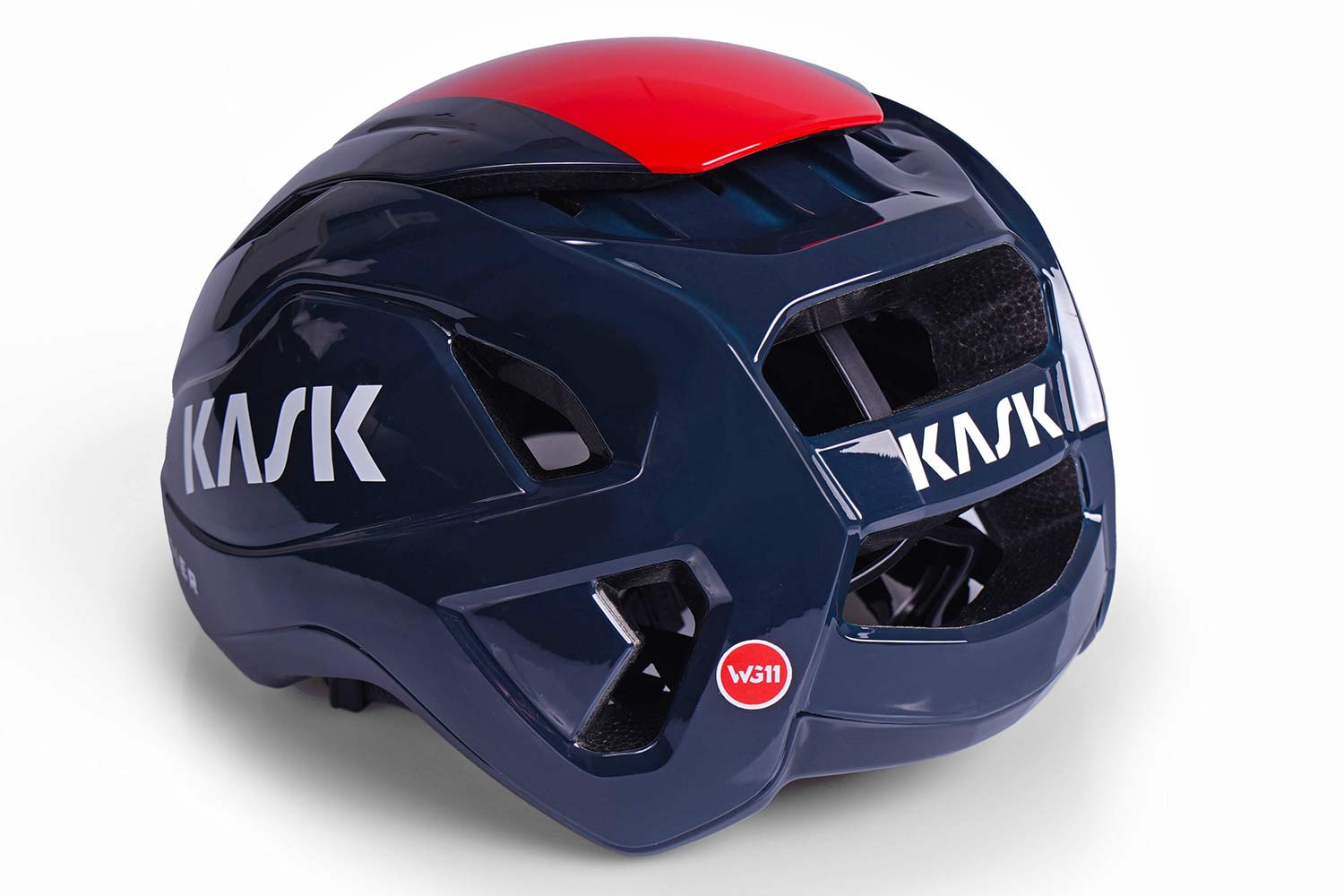 In either case, a prominent central scoop pulls in, to flow through the helmet’s inner channels over the top of your head, and out the larger six rear-facing exhaust vents.

The aerodynamic difference from open to closed is said to be <1W of drag at riding speeds of 50kph/31mph. Either way, Kask says it is “one of the pro peloton’s fastest helmets – second only to Kask’s Utopia“. 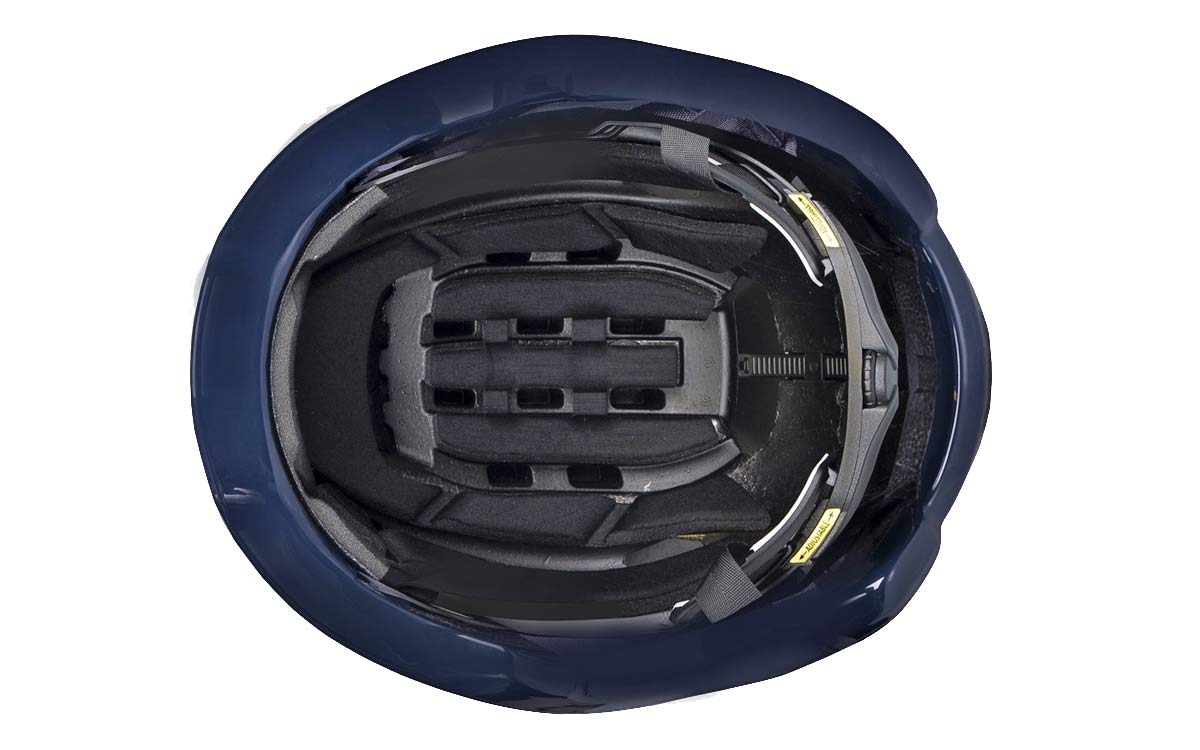 Retention is managed by a dial-adjust Octo Fit system with Kask’s signature wide range of rear height adjustability, the same as in the top Protone or Utopia. Kask says the new Wasabi has also been WG11 crash-tested & certified to protect against both linear & rotational impacts 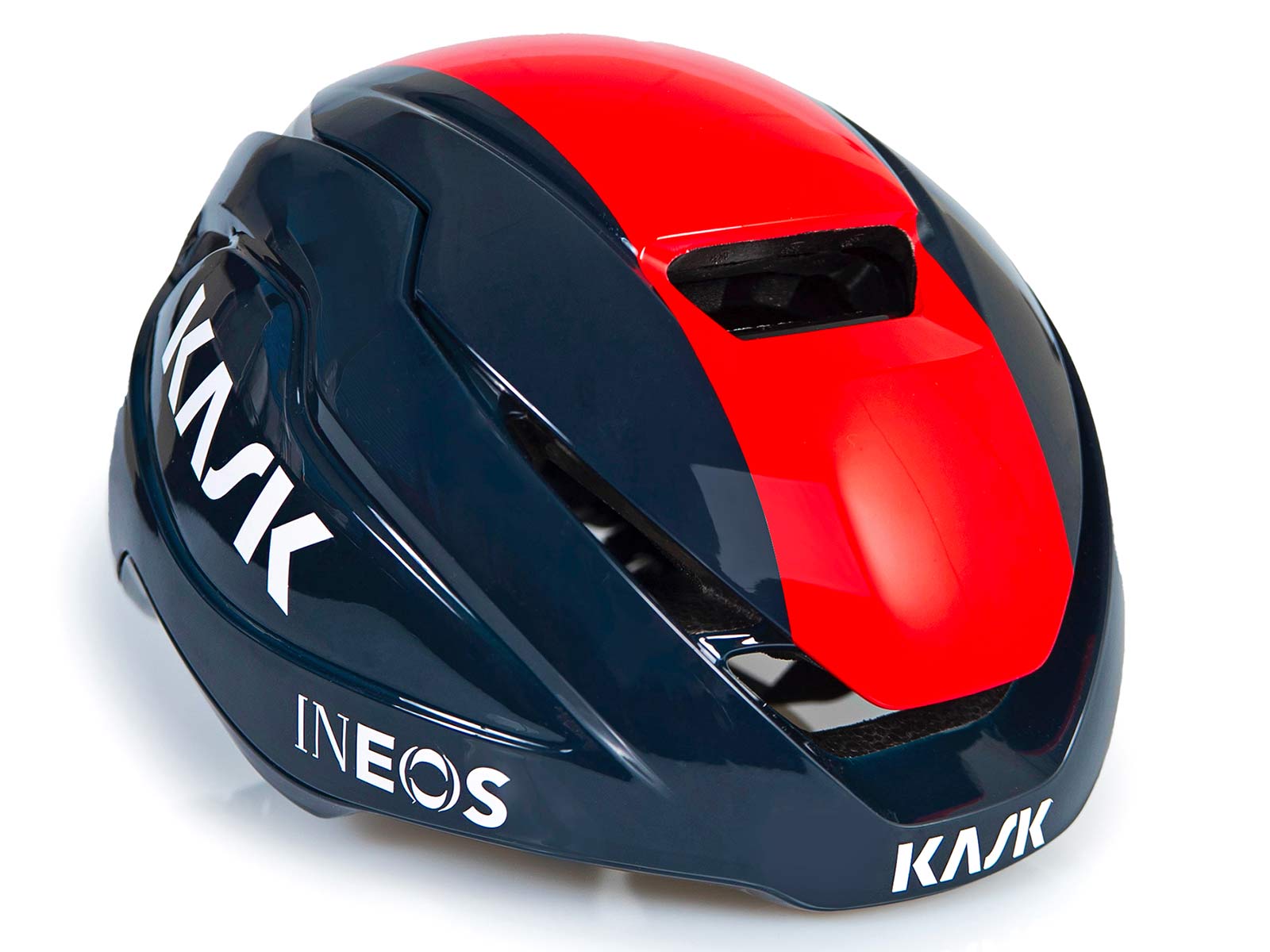 The upcoming helmet (you can’t buy one just yet) was developed with Ineos to give the riders an aero helmet they could comfortably race in, no matter the weather. Claimed weight is said to be 290g for a medium. The helmet is expected to be available soon this spring in three sizes (S, M & L) and in a wide range of color options, perhaps even including an Ineos Grenadiers replica. 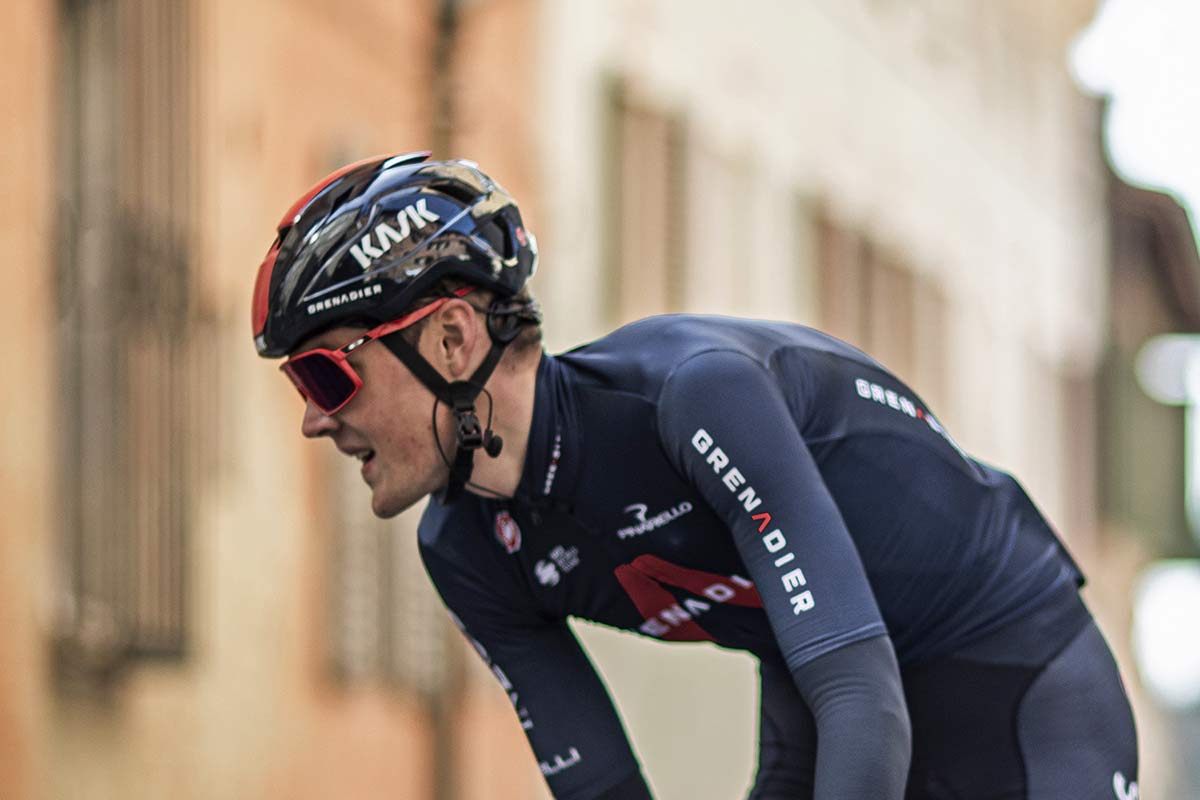 , but expect it to be a bit more expensive than the ~200-240€ existing Protone or Utopia aero options. Retail pricing for the new Wasabi is $350 / 300€, quite a bit more than we had expected likely due to the WG11 safety rating and premium padding.