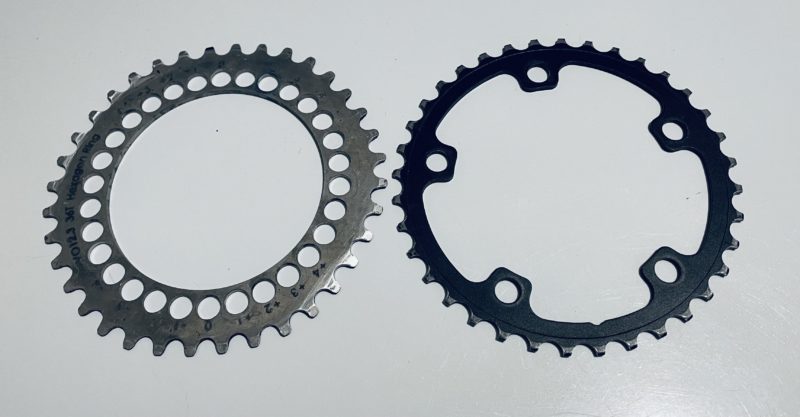 Cut yourself some slack if you haven’t heard of Spreng Reng 2.0. When the original rolled out in 2016, it was easy to write off this unique chainring design as BioPace’s progeny. But according to Hunter Allen, Founder and CEO of Peaks Coaching Group, the Spreng Reng’s odd shape increases your wattage up climbs.

“The Spreng Reng has incredible promise to help anyone increase their wattage on a climb,” says Allen. “This is a secret weapon that eclipses all other chainrings.”

So what the heck is it, exactly? And how is Spreng Reng 2.0 different from the original? 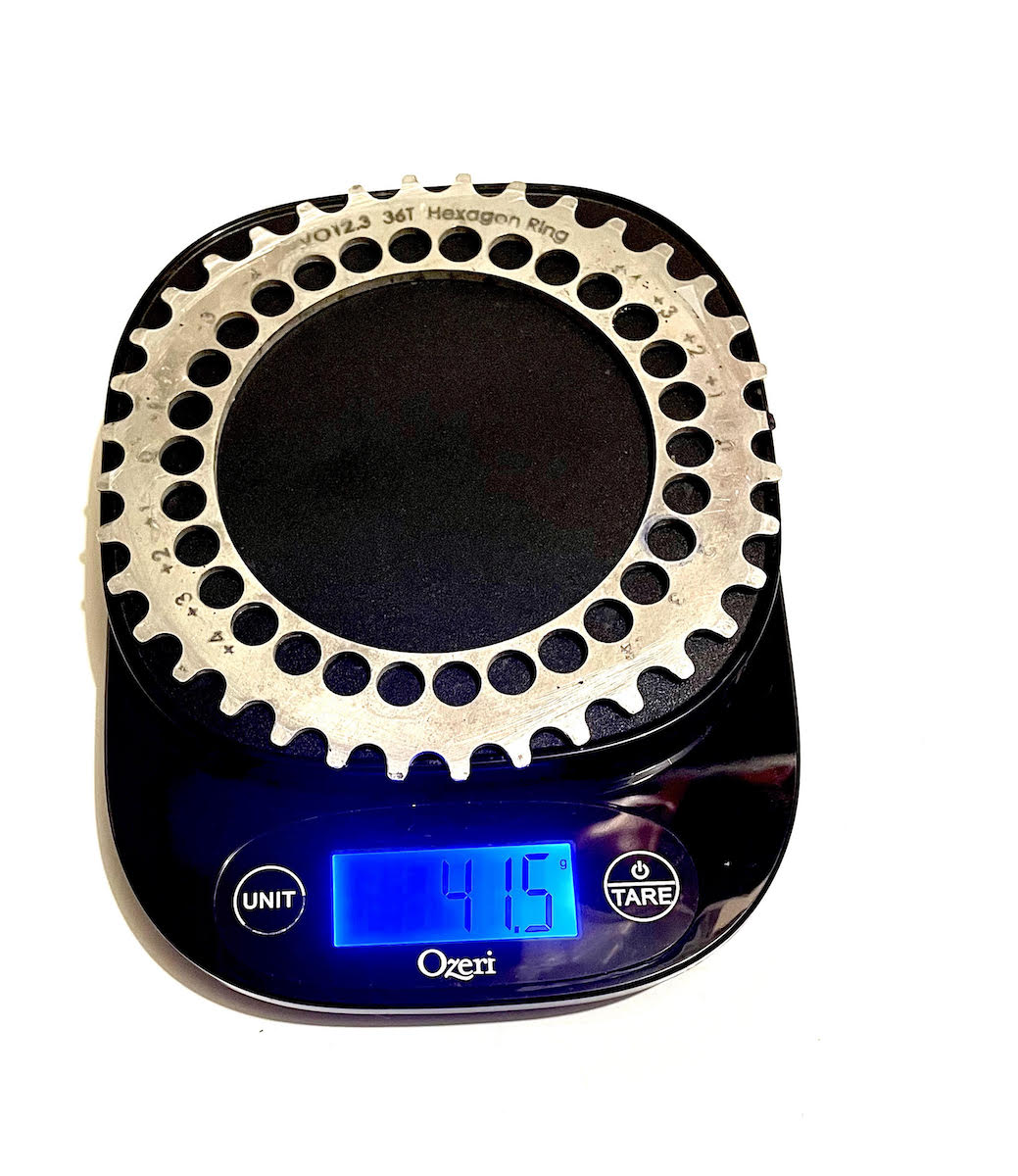 The Spreng Reng may look like very other ovalized chainring you’ve seen, and it certainly conjures images of Chris Froome’s unique setup. But the Spreng Reng is actually hexagonal, which means there are “six quadrants that contain multiple gear torque increases along with gear rollout increase,” according to Spreng Reng’s press release.

That basically means the amount of torque being applied to the drivetrain will change depending on how you have the chainring positioned on your crank. Spreng Reng says that you’ll experience increased cadence and noticeably faster speeds, thereby allowing you to climb faster with less — or the same — effort.

But doesn’t everyone say that?

Fortunately for us, Bikerumor’s very own Zach Overholt ran the original Spreng Reng through its paces when it launched a couple years ago. He found that an early prototype of the Spreng Reng may actually deliver on its promises, at least in Overholt’s self-admitted un-scientific testing.

That hexagonal concept is different than the original. The first version of the Spreng Reng was asymmetrical. That means the shape, while irregular, wasn’t specifically defined. The Spreng Reng 2.0 has a distinct hexagonal shape. That apparently refines the ring’s ability to increase your wattage.

The original Spreng Reng also featured ‘banana holes.’ These allowed the user to position the chainring in just about any position on the crank. The Spreng Reng 2.0 features traditional bolt holes, though there are numerous holes for just as much adjustability and less potential for bolt slippage. 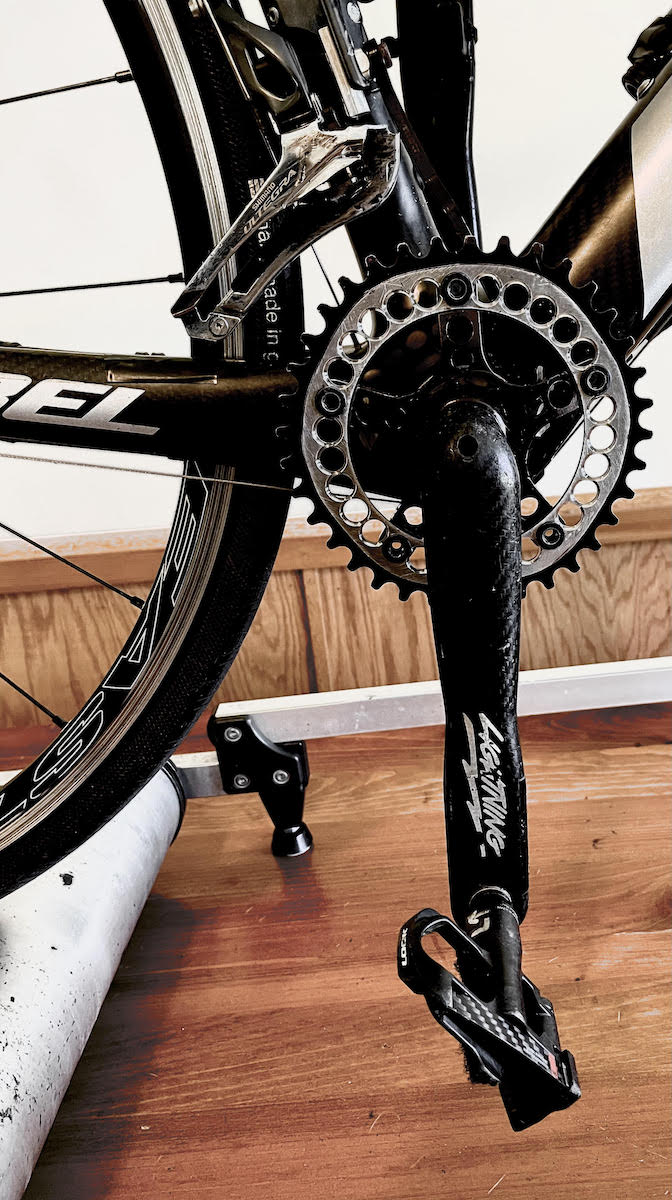 Hunter Allen has the Spreng Reng 2.0 mounted to his bike. It is, “installed in a reverse mounting position to illustrate hexagonal profile in relation to crank arm position.”

But where do Spreng Reng watts come from?

Doug Brown, Jr. is the brain behind the Spreng Reng. He’s tight-lipped about how his product is able to increase torque and changing rollout without increasing the amount of teeth on the ring itself. The patent has been filed, but Brown appears to be protecting his concept anyway — which is wise in a highly-competitive market.

For now, Brown simply says the Spreng Reng makes pedaling easier, and it will have enough adaptability to handle your drivetrain needs. “In addition to the inner chainring, the patent pending design also has applications for outer and 1x chainrings and multiple cassette cogs for added performance,” according to Spreng Reng.

Standing out from the competition

We’ve seen oddly-shaped chainrings before. Chris Froome notably rides Osymetric chainrings, which have a unique design based on the rider’s pedaling motion. Rotor has its own elliptical chainring system. And of course, all of those odd rings get compared to Shimano’s seminal pedaling oddball, BioPace.

Spreng Reng 2.0 stands out from those others based on its shape. But until we get a bit more clarity from Spreng Reng as to where that extra torque and speed comes from, it’s difficult to gauge whether it’s the real deal or not.