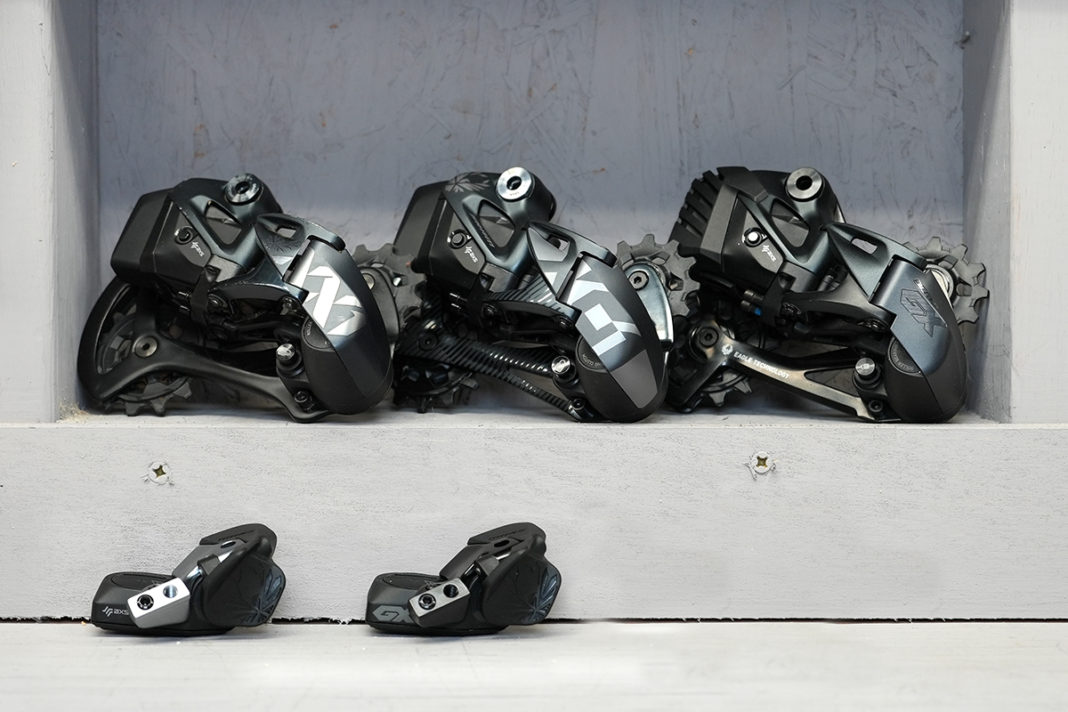 Wondering what the difference is between SRAM GX Eagle AXS and the more expensive XO1 and XX1 wireless groups? In this post and video, we’ll show you every feature that’s shared, and what’s different, between SRAM’s wireless mountain bike derailleurs and shifters.

Spoiler alert: There’s not much, which makes the price difference between them even more impressive. Here’s a closeup look at the details and features between all three MTB component sets…

This video shows all the details between the groups and shows some of the features and specs shared across the entire Eagle AXS range. Below are a few pics to show those differences, and how the overall construction and design are nearly identical.

It’s easier to first list what features are the same, then dive into the details that separate GX from XO1 from XX1. All Eagle AXS derailleurs have the same:

Now, let’s take a look at the key differences… 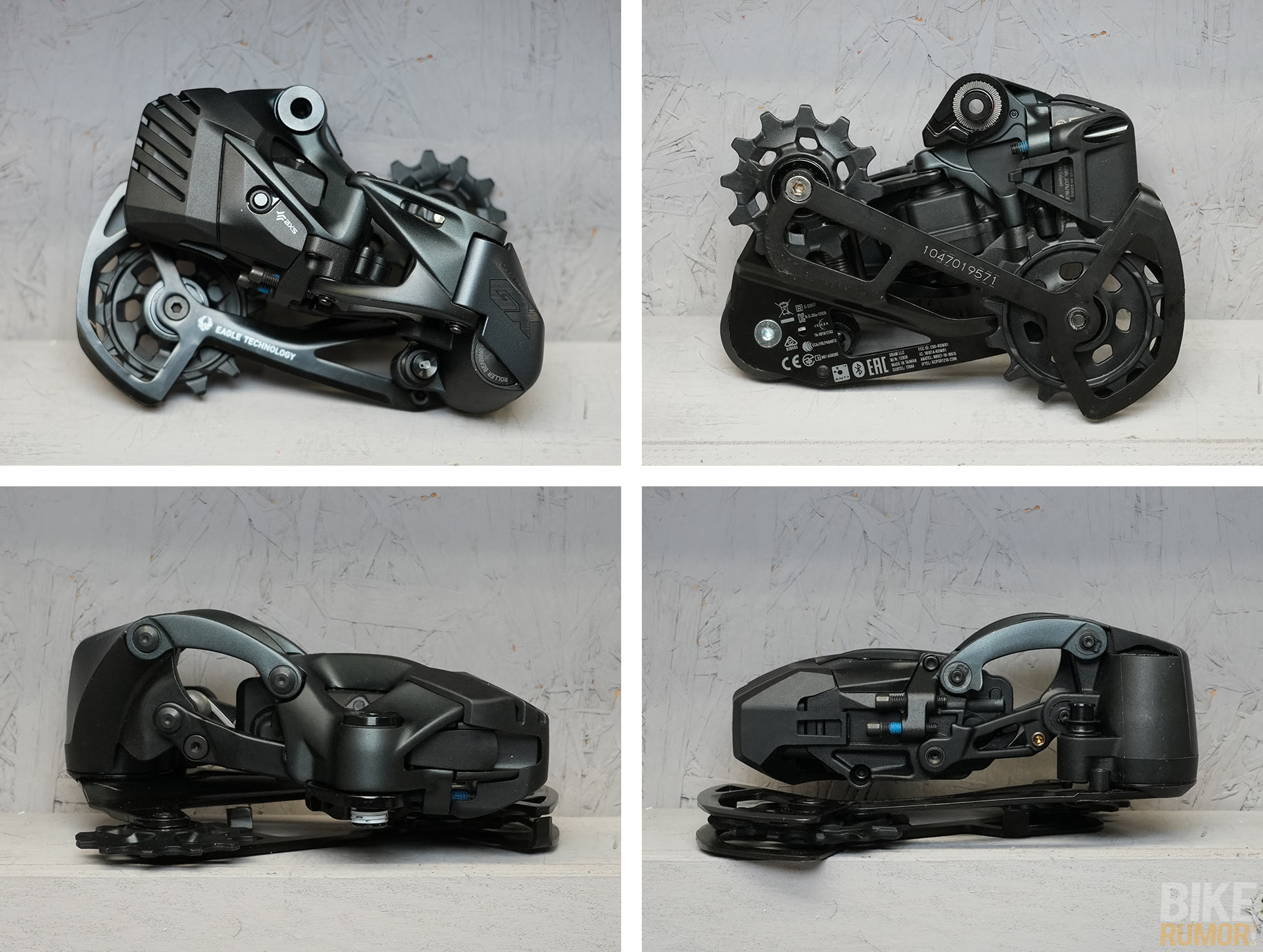 GX Eagle takes the shared motor and electronics and adds a steel pulley cage and chromoly bolt hardware. GX’s pulleys spin on steel bearings. Scroll down for a closeup of all three derailleur’s pulley cages, and click to enlarge any photo. 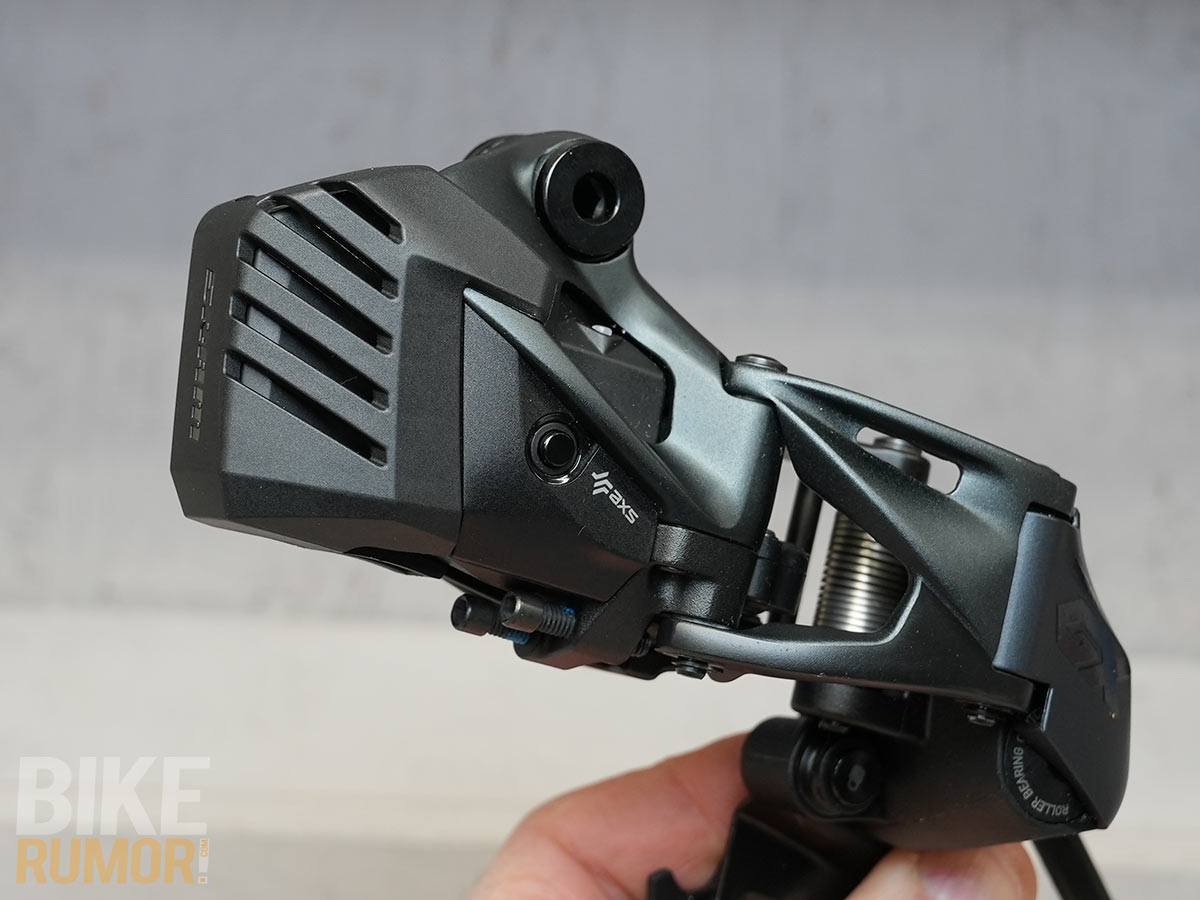 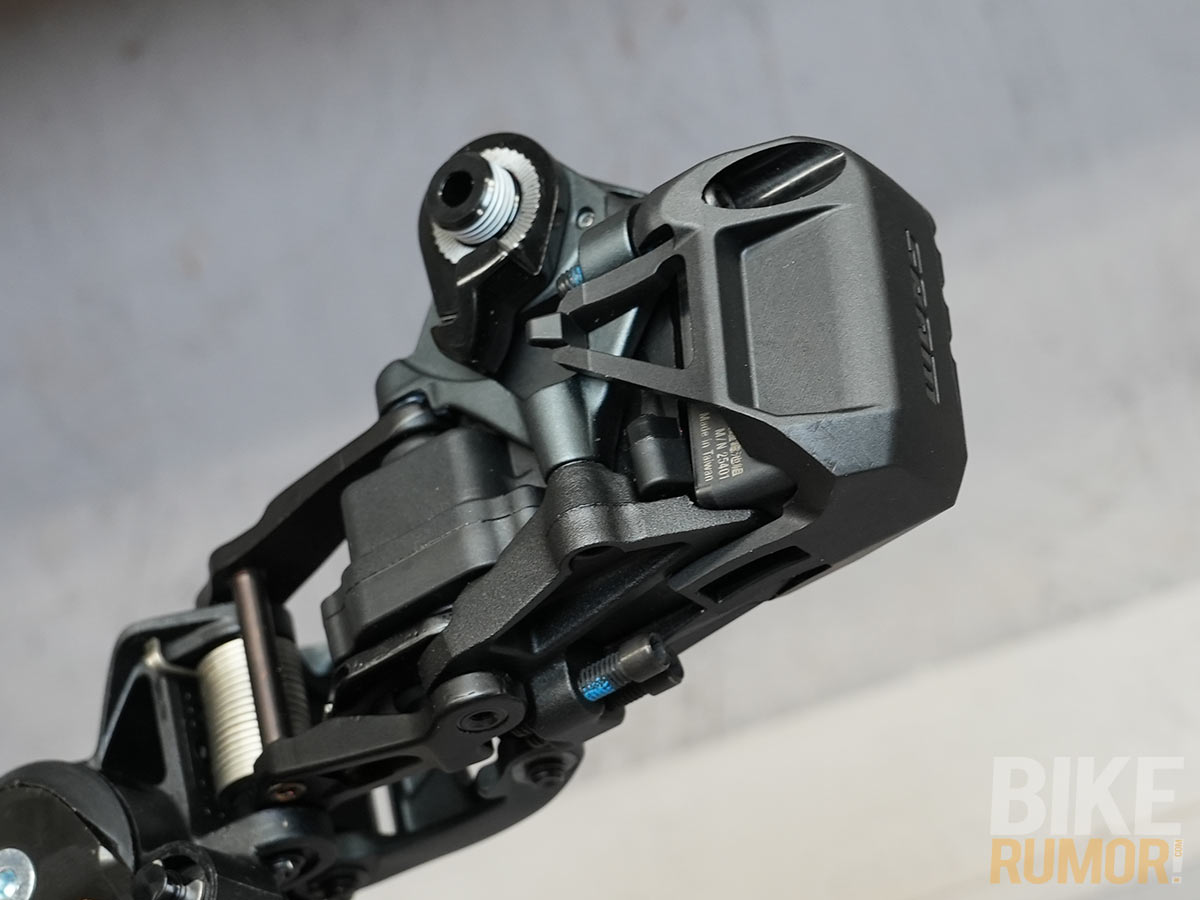 …but it fits any of the AXS mountain bike derailleurs. Just snap it on, then pull the little tab on the backside to pop it off. The B-screw is adjustable through the cover, no need to remove it for any reason other than to pull the battery out for charging. 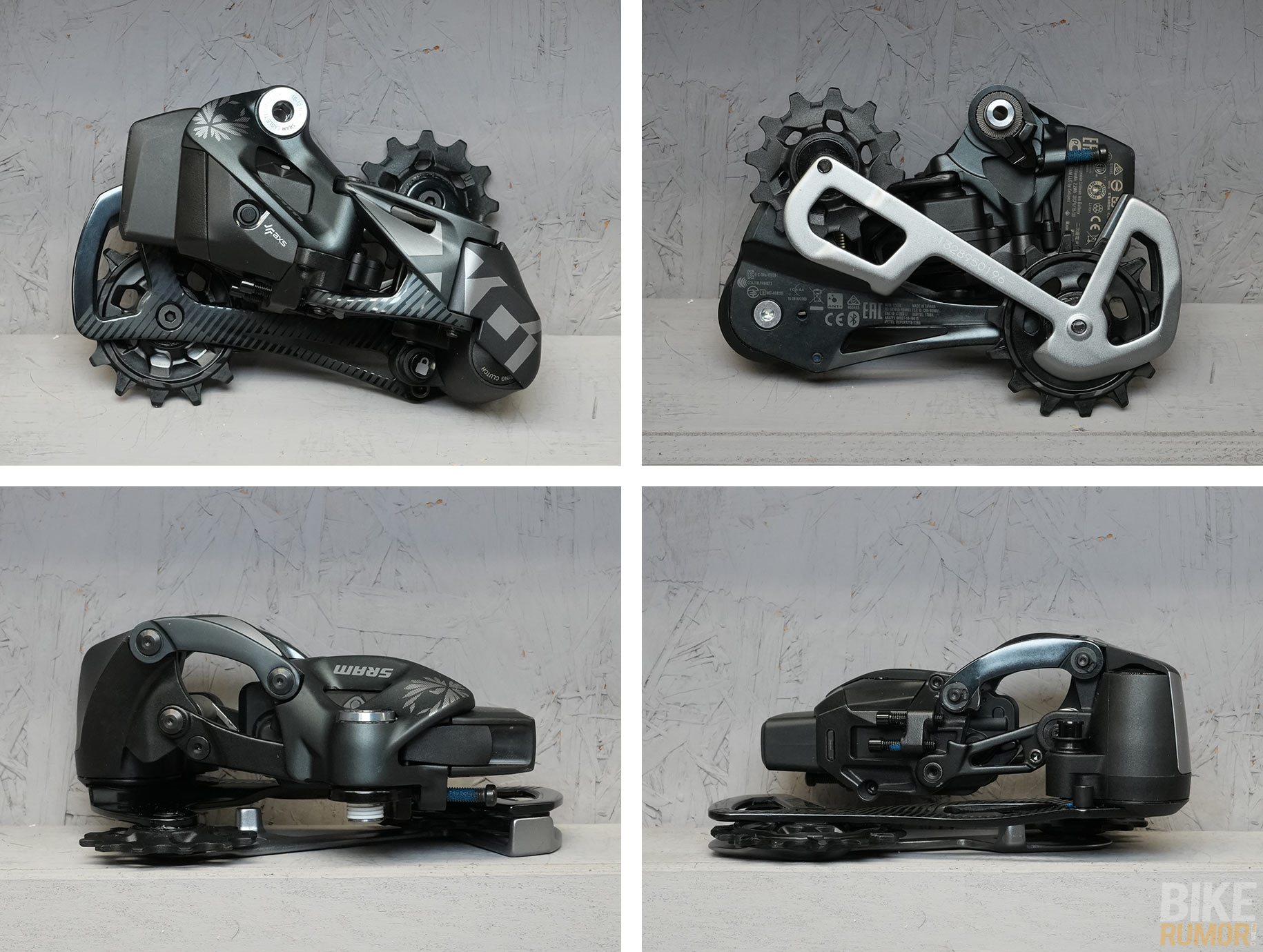 XO1 Eagle gets an anodized finish on the main bolt, keeps the same steel pulley bearings, but upgrades to a forged alloy pulley cage that drops a lot of weight.

It’s really the weight savings that make it worth upgrading to the XO1 derailleurs …functionally all three work exactly the same and feel like they have the same tolerances and tight fit. Time will tell if the GX AXS derailleur maintains its crisp performance, we’ll report back later this year. 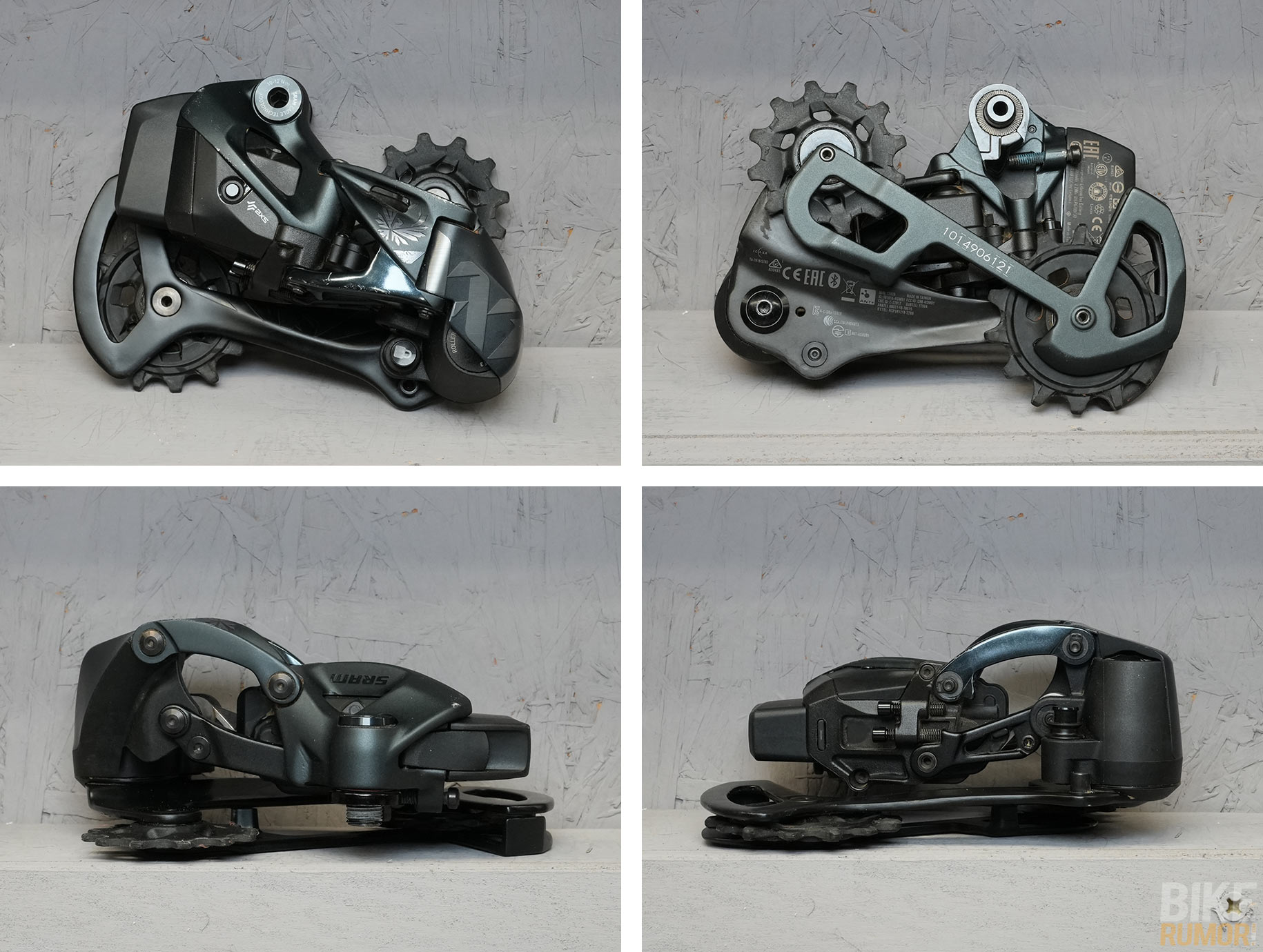 XX1 upgrades to a carbon fiber outer pulley cage plate, titanium bolts, and ceramic bearings inside the pulleys. The carbon and titanium save a few grams, but the ceramic bearings are the big upgrade. As you’ll see in the video, they spin much more freely, helping reduce drag.

If you’re a set-it-and-forget-it type of rider, and want the fastest SRAM drivetrain, this is how you get it. But, for the price differential, it might be worth considering a GX AXS derailleur with a something like a Kogel AXS pulley cage upgrade. Conveniently, the price difference between the GX and XX1 is $400…the same as the Kogel upgrade.

Take a close look at the GX steel cage and it appears both stamped and forged…or at least stamped with a bit of finishing work, maybe. There are mostly clean edges and angles, with a bit of stamping’s characteristic ridges in a few spots you’re unlikely to ever really notice.

The pulley wheels themselves are the same across all three derailleurs, it’s only the bearings inside them that vary. 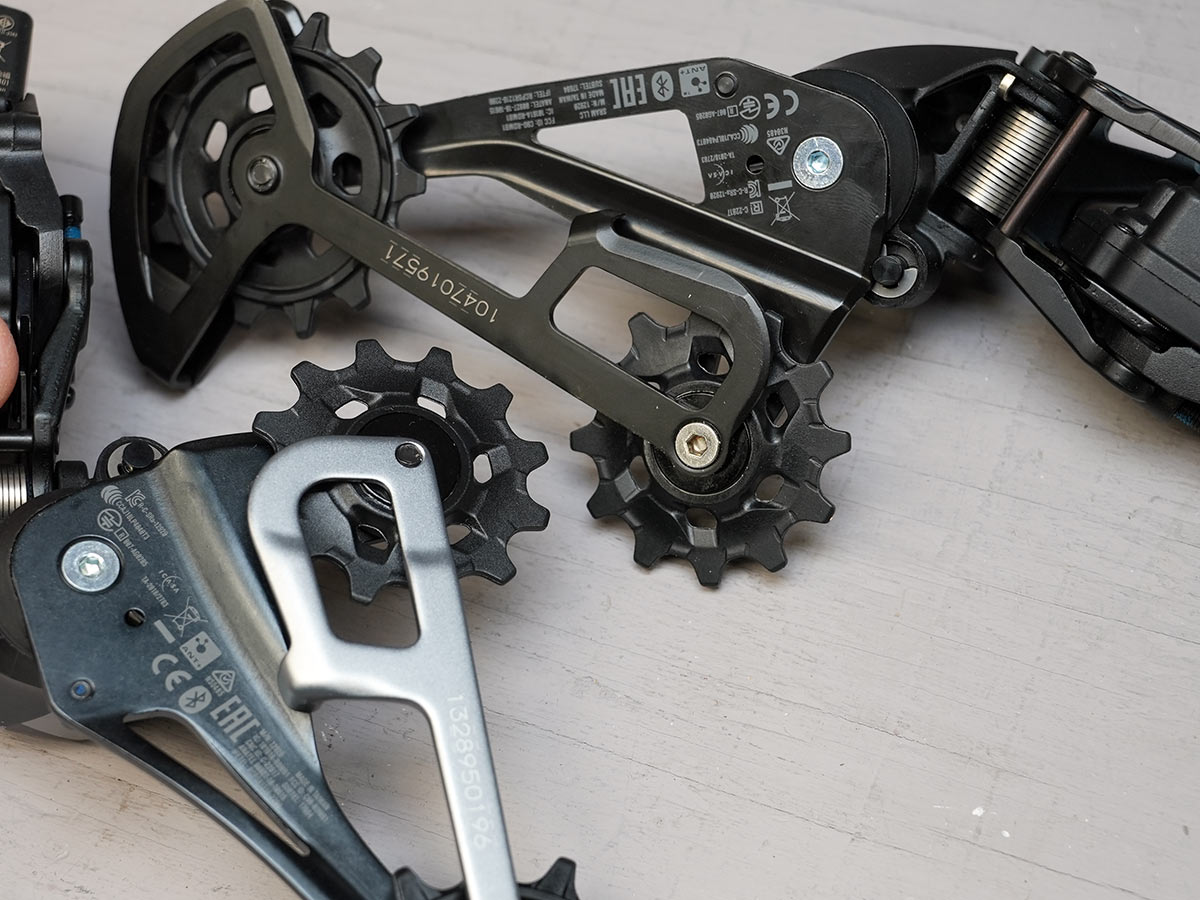 The only physical design differences we could find are: 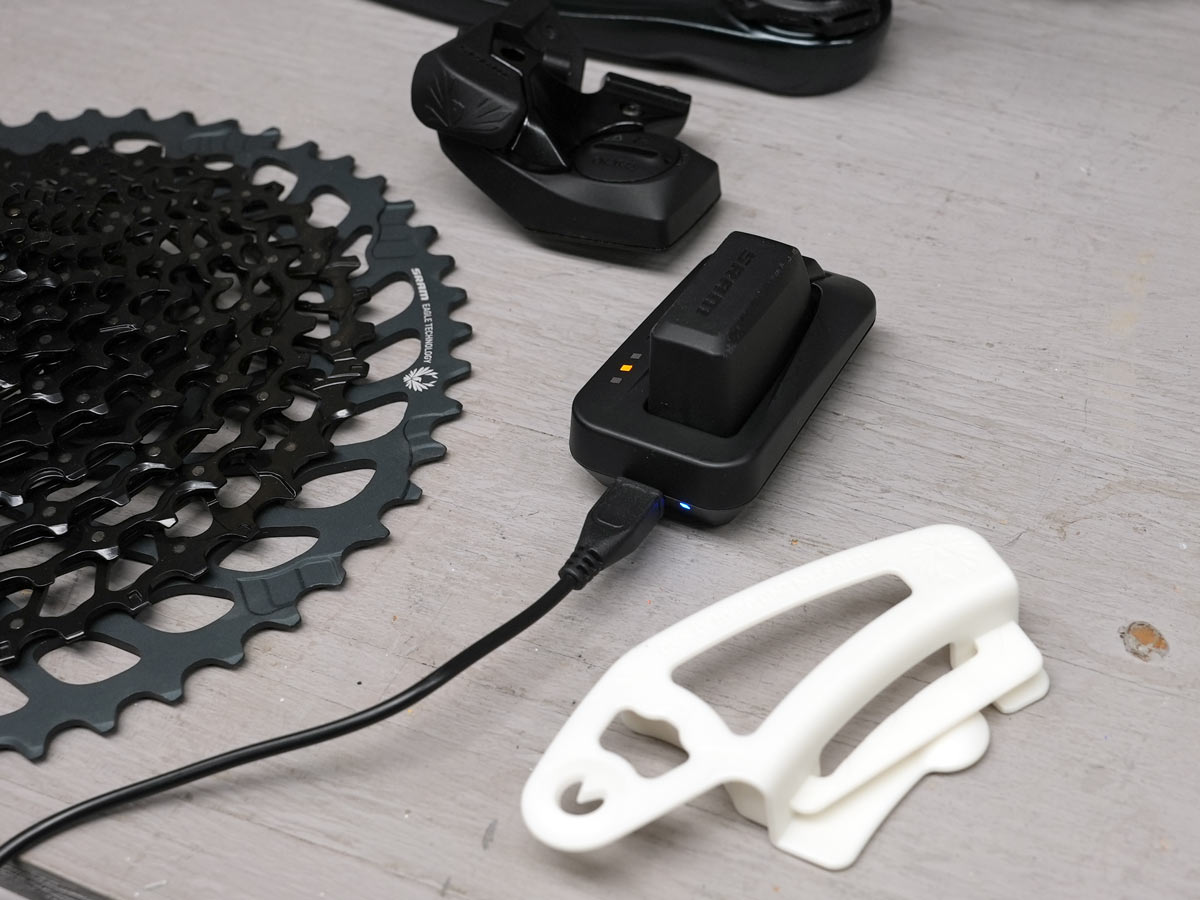 The Eagle AXS shifters are identical save for the anodized finish on the metal mounting piece. GX gets black, which we prefer, and XO1/XX1 get a gray silver. The shifters are functionally and physically identical, yet the GX model costs $50 less.

The upgrade kits for all three groups are the same, giving you the derailleur, shifter, battery, charger, and the derailleur adjustment tool. The tool lets you easily adjust the B-tension screw to position the upper pulley correction for the best shifting performance.

Here are the actual weights for the AXS MTB wireless components. Weights are from our own scale, and derailleurs are weighed WITHOUT the battery attached.