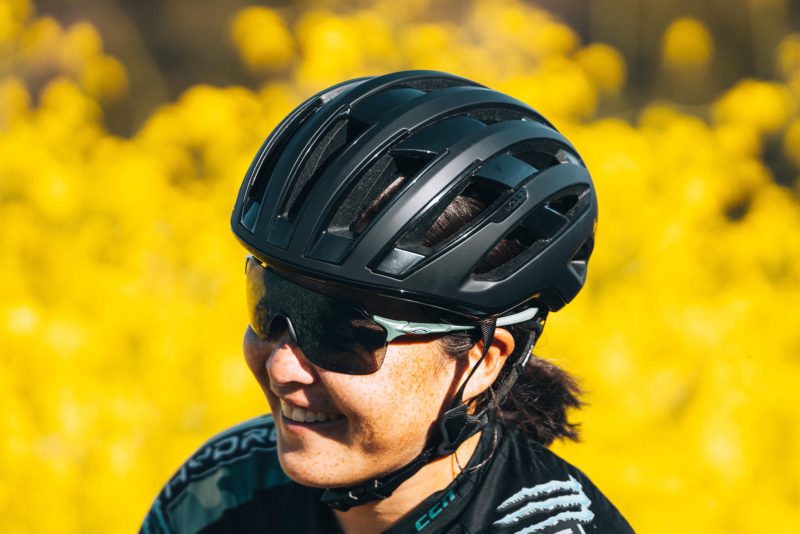 It’s been a minute since Kali has released a new helmet, but the Grit changes that with a feature-packed lid for road and gravel riders. Loading pretty much every safety technology Kali has into a single helmet, it covers fit, form and function…as long as you like Black. 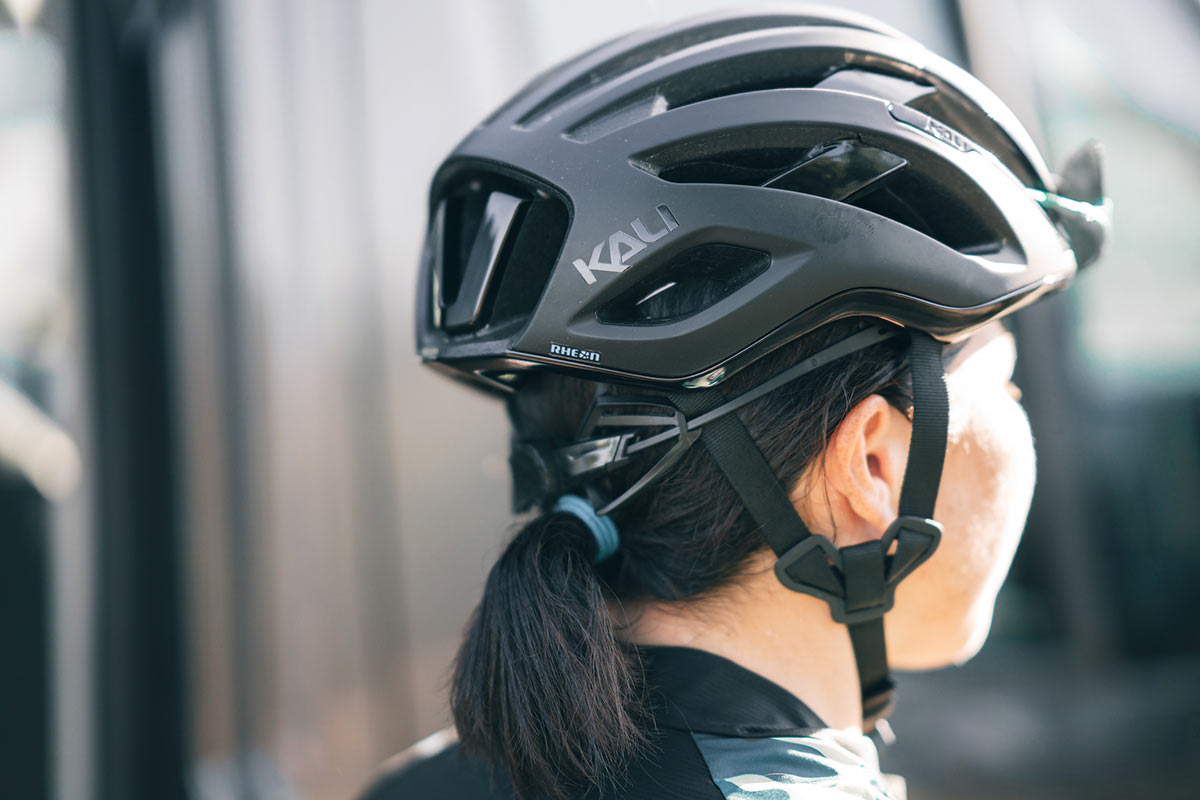 The Grit looks normal enough, but a few key features separate it from other brands. First is their Supervent, which uses a harder plastic surround on the larger vents. This lets them use bigger holes for more ventilation while also distributing any impact forces across a larger area, dissipating them better before they reach your head. 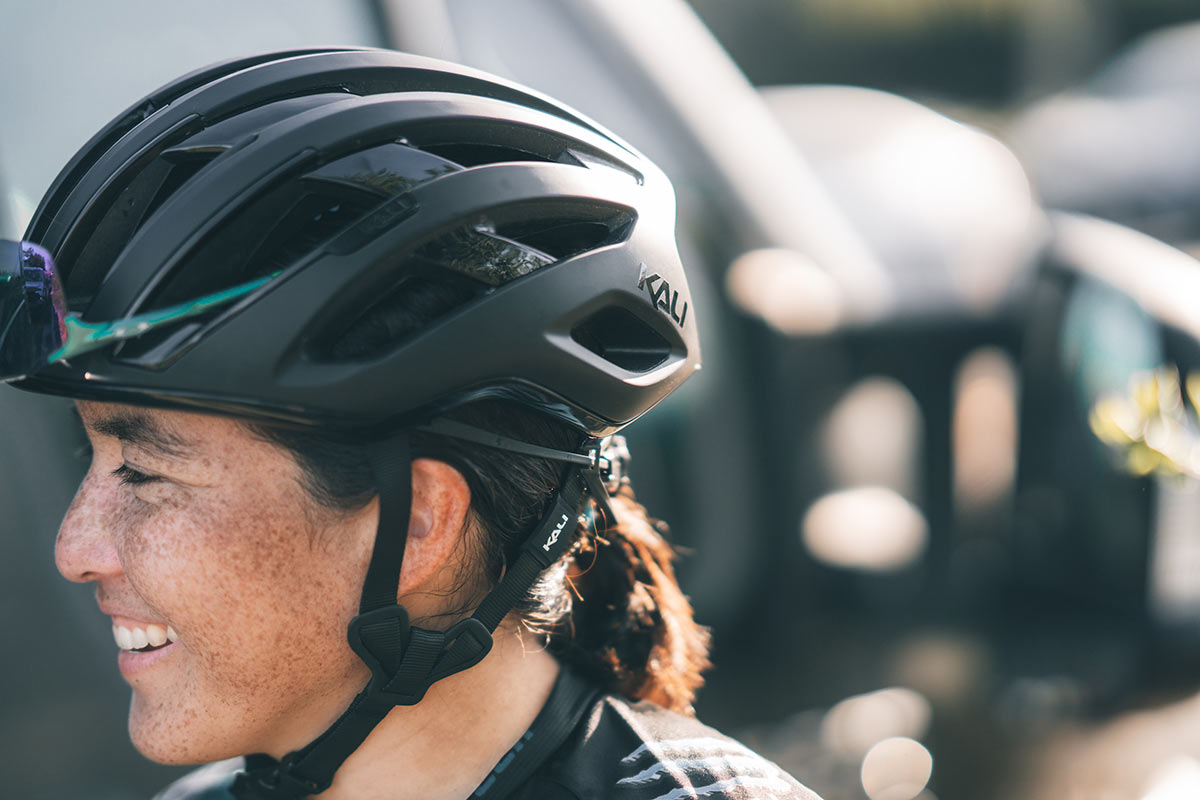 Inside the Grit Helmet is their Conehead Nano Core, which debuted on the MacDuff helmet. It’s a carbon nano tube-infused foam that can handle multiple impacts. It’s also lighter than EPS, and offers better low-speed impact protection. Great, right? Yes, but it also doesn’t like being on the outer edge of a helmet, because it can crack easily under shear forces.

Their solution is to sandwich inside the regular EPS foam, creating a multi-density shell that’s both lighter and safer.

According to Kali founder Brad Waldron, getting the foam densities lower is the number one way to improve the safety of helmets. 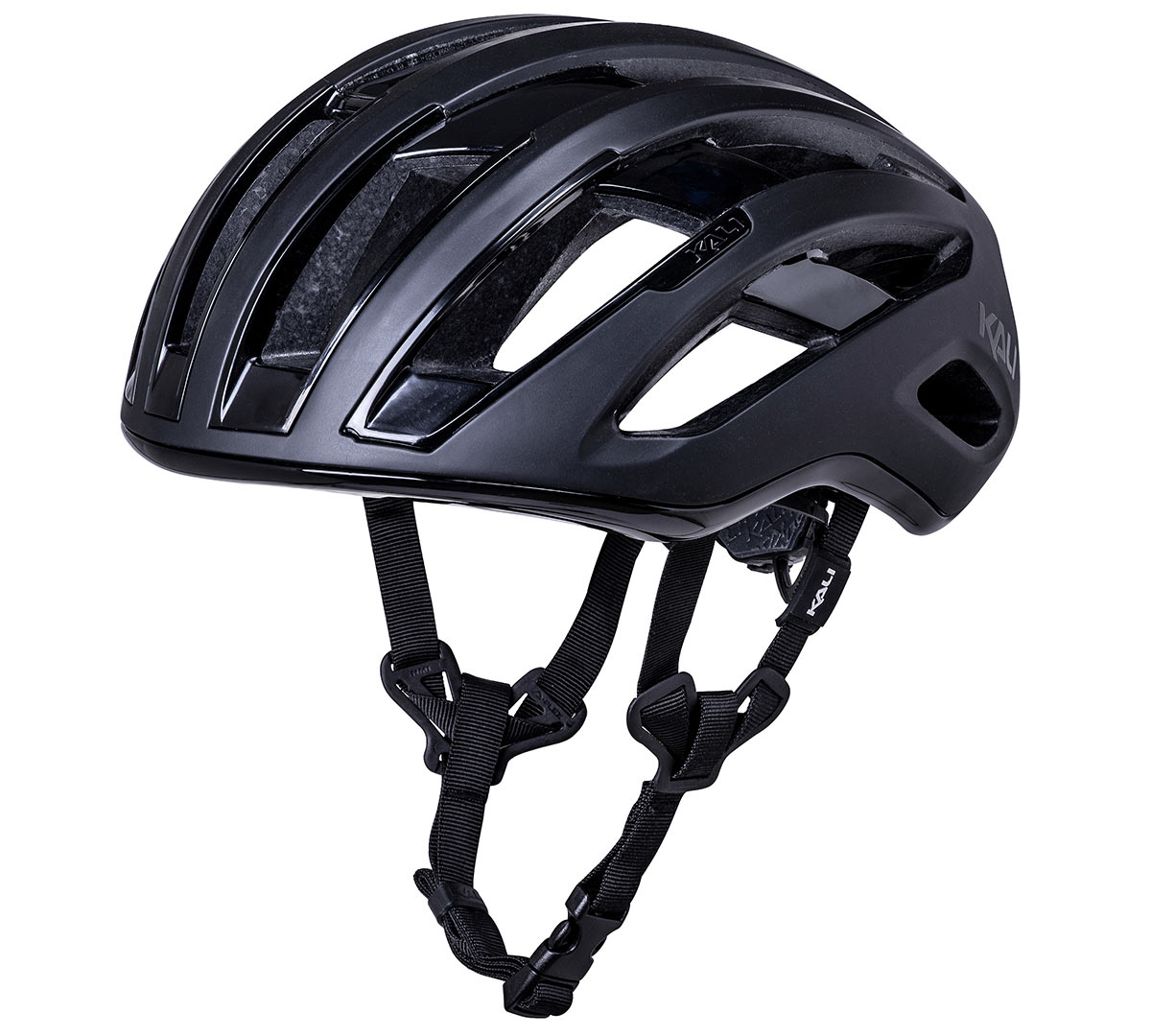 Why? Because harder foams, like those required to pass current safety testing, transmit more of the forces to your head. So, using the Nano Core inside the Grit let’s them reduce the overall foam density for better low-speed impact protection.

There’s more to it than just weight and protection. Nano Core, combined with the Supervent reinforcements also allow them to use larger vents without having to increase the foam density to support those larger holes.

What about rotational protection? 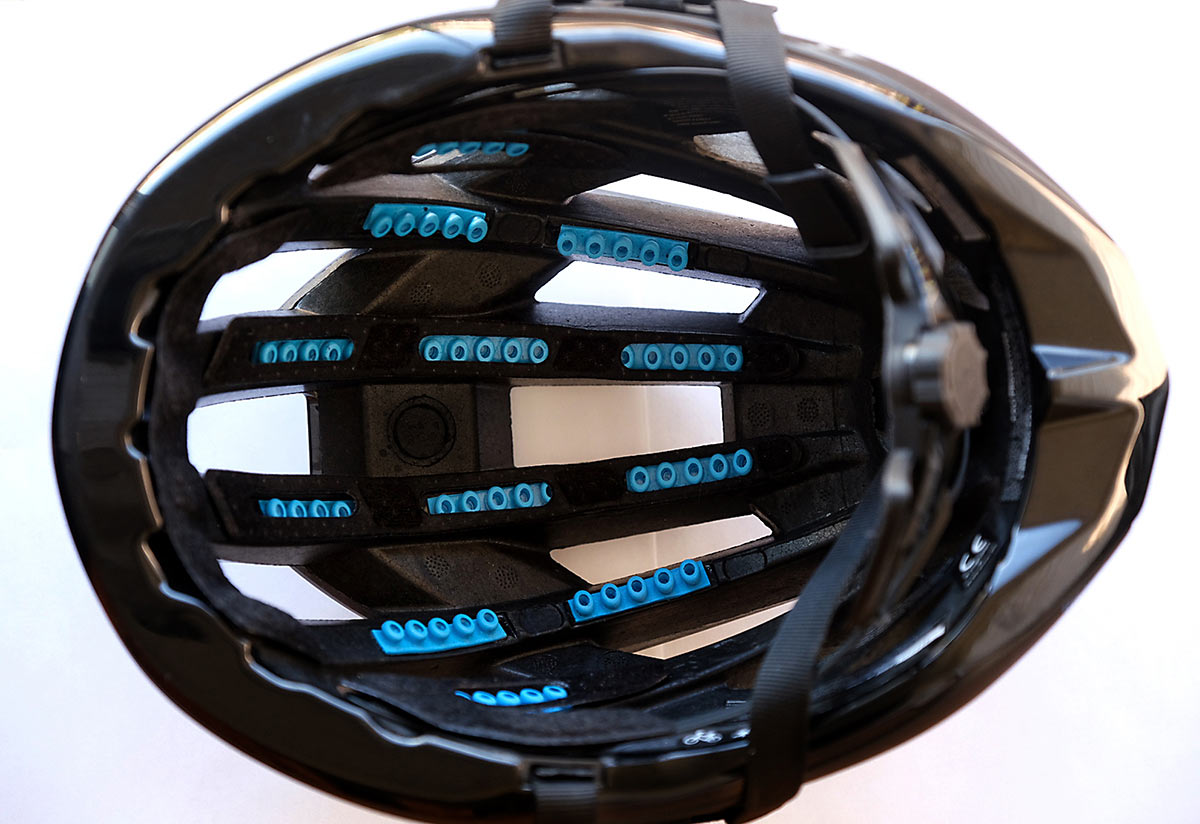 Rather than using MIPS, Kali has always come up with their own solutions. The latest is a low-density layer (LDL) of internal padding called Rheon, which serves two purposes. First, it deforms in multiple directions, offering rotational and sliding force reduction.

Second, it starts compressing immediately, at zero G’s. Typical bicycle helmet EPS doesn’t start compressing until about 30-50 G’s depending on the firmness. Nano Core sits in the middle of them, somewhere around 10-15 G’s.

That means that before most helmets even start compressing their foam, 30-50 G’s of force are being transmitted to your head. Kali’s multi-material, multi-density solutions reduce that quite a bit.

It’s also worth mentioning that they’re using a new EPS out of Japan that’s super dark black, which looks awesome. 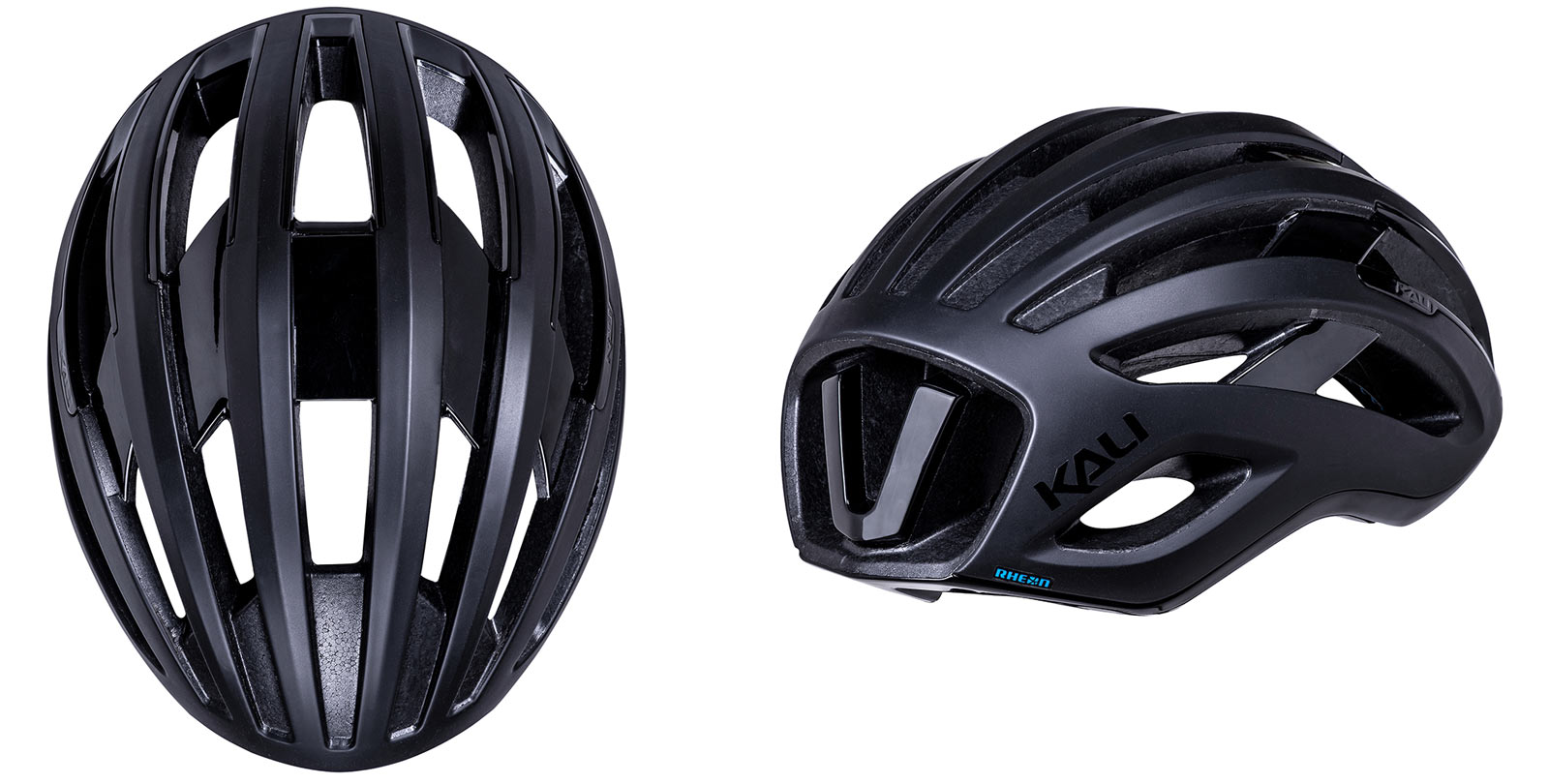 Lastly, it uses an internal roll cage to hold it all together in a major crash, and a fully inmolded shell. That last feature means that even the EPS foam on the bottom of the helmet is covered, so if you drop it or it gets banged around in your bag, the foam won’t get chipped or dented.

The Kali Grit gets their new Frequency Fit System, with dial and vertical adjustment, offering three positions for maximum comfort and fit. Fixed strap intersections keep them from getting twisted or mis-adjusted between rides.