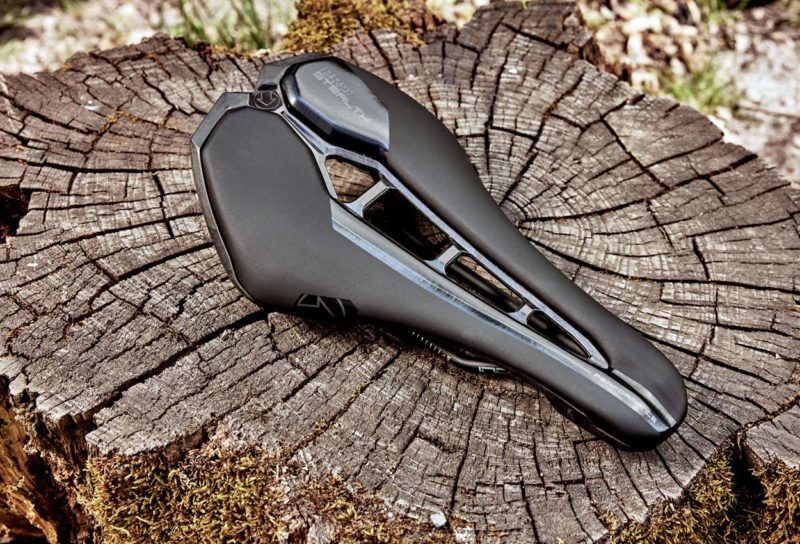 PRO Bike Gear’s Stealth road saddle was in the first wave of the short-nosed, wide rear, aggressive aero-optimized saddles. The Stealth’s popularity led to spin-off versions, including a dedicated TT model and a recently introduced off-road/gravel model. PRO now offers ten models in its Stealth range, all featuring the trademark short/wide nose design with a trapezoid rear and bridged center. 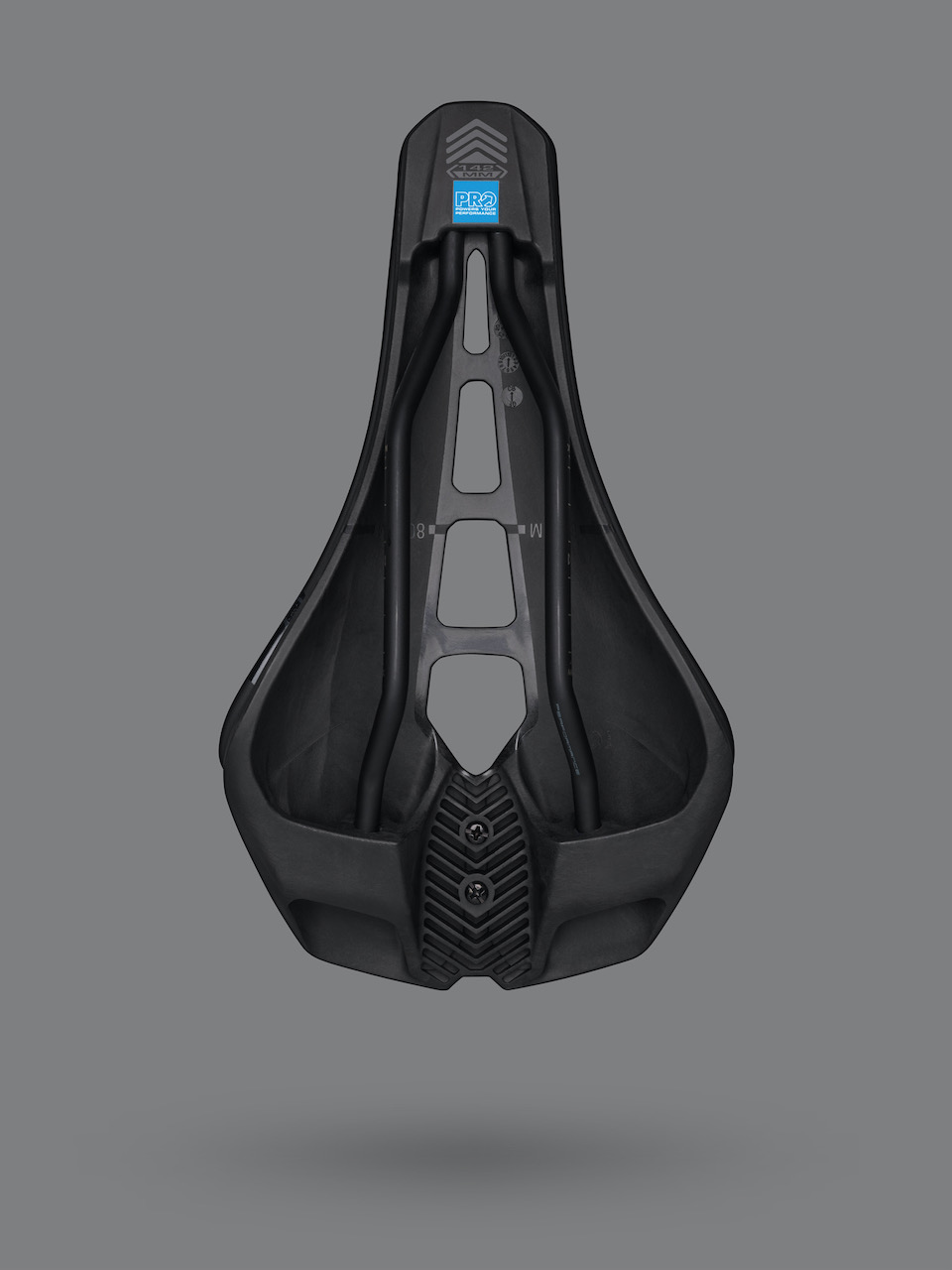 It’s easy to see the shape evolution and new technology in the recently released PRO saddles, and the original Stealth began to look dull — until now. The newly updated PRO Stealth takes some tech from the newer models and adds a rounded curved shape option to attract a whole new crowd. 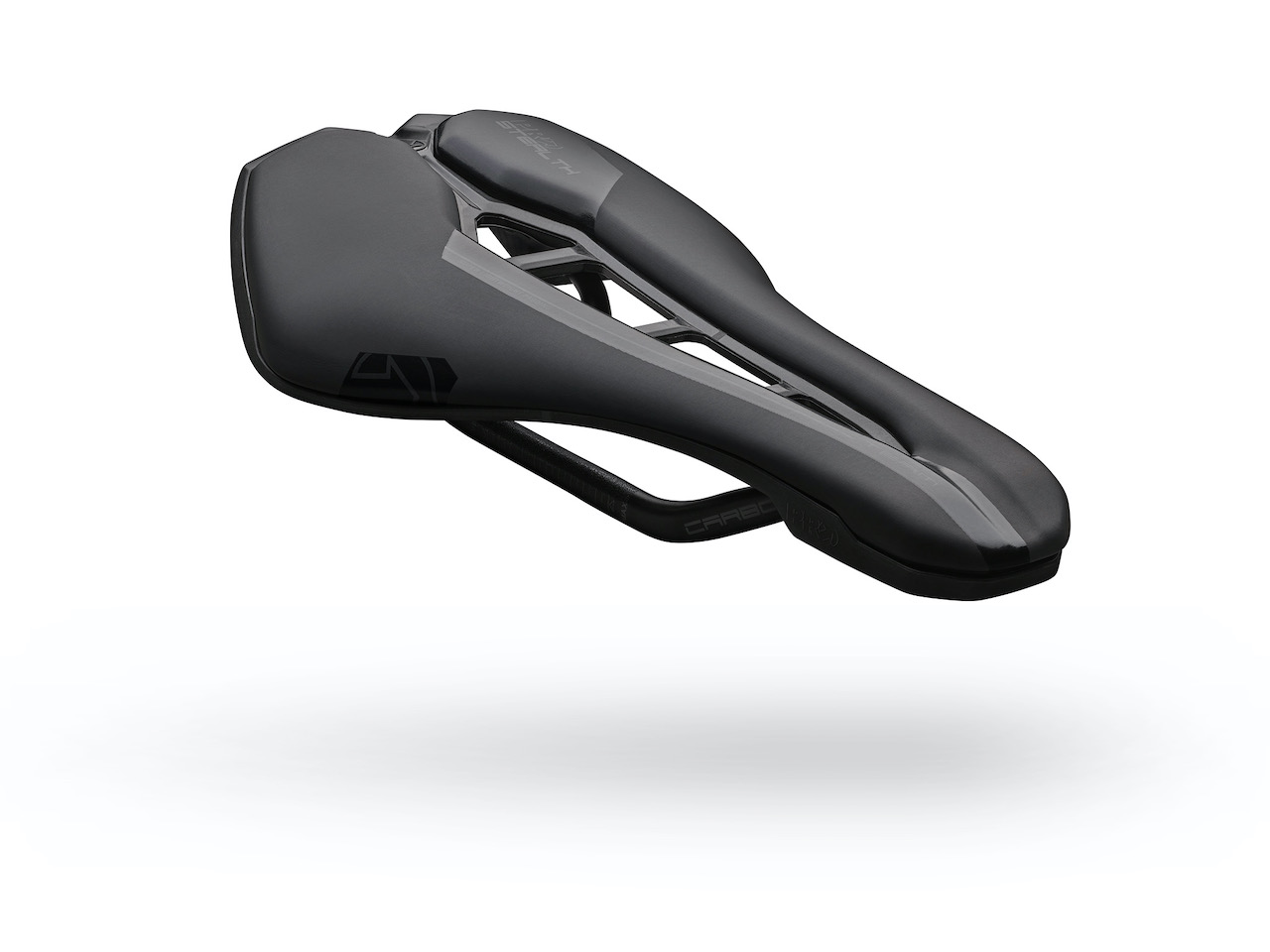 PRO Bike Gear added two new saddles to its growing Stealth saddle range; an updated Signature Stealth and an all-new Stealth Curved model. The updated designs both claim to deliver more power through the pedals in a deep, aerodynamic position — all while gifting more comfort and control to the rider. 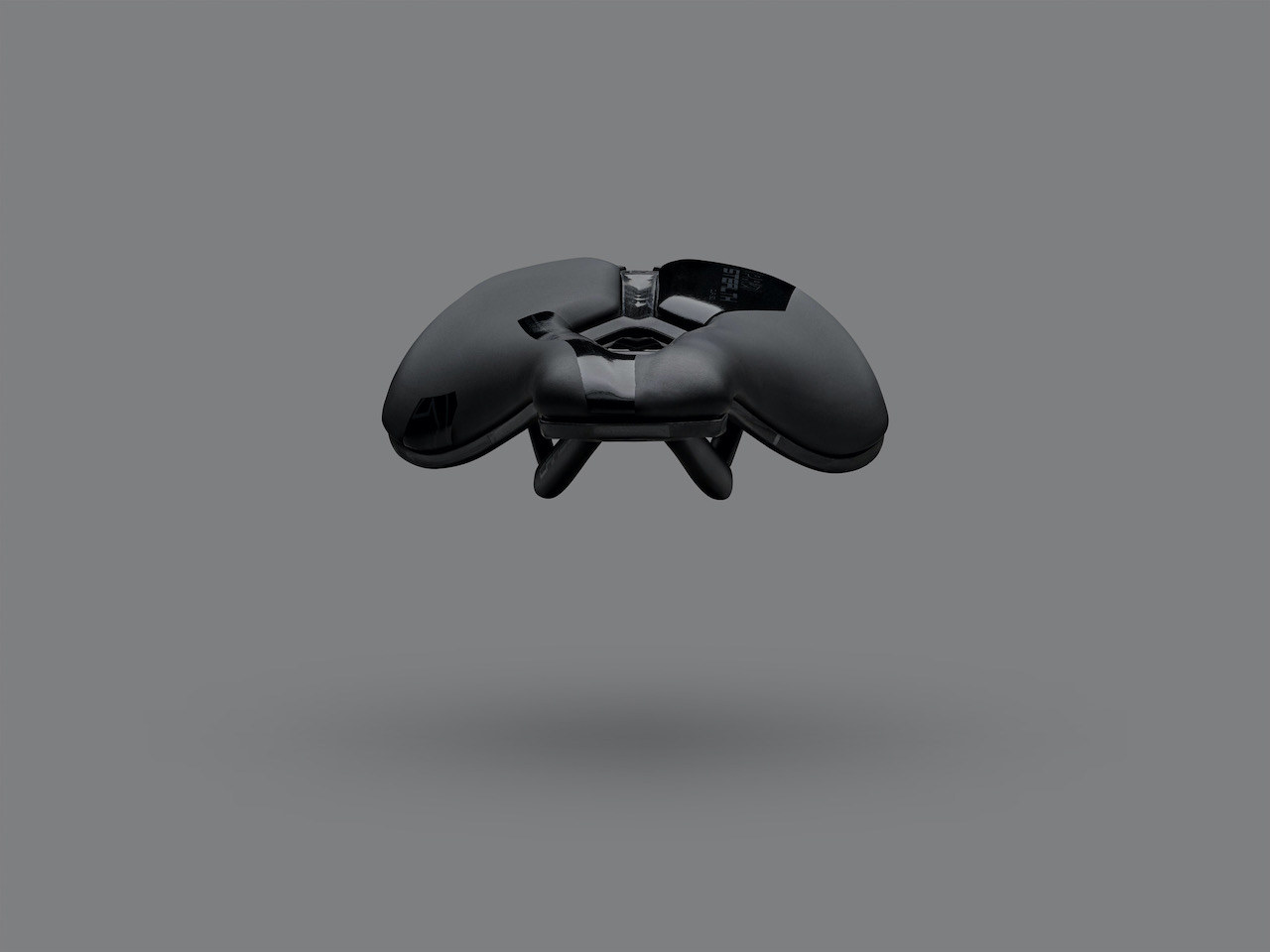 PRO’s updated Stealth Team and Stealth Performance saddles are re-engineered with a new base that offers a 12% larger anatomic (undercarriage) area. The update maintains the same overall contract points as the original Stealth while reducing the overall pressure saddle-wide. 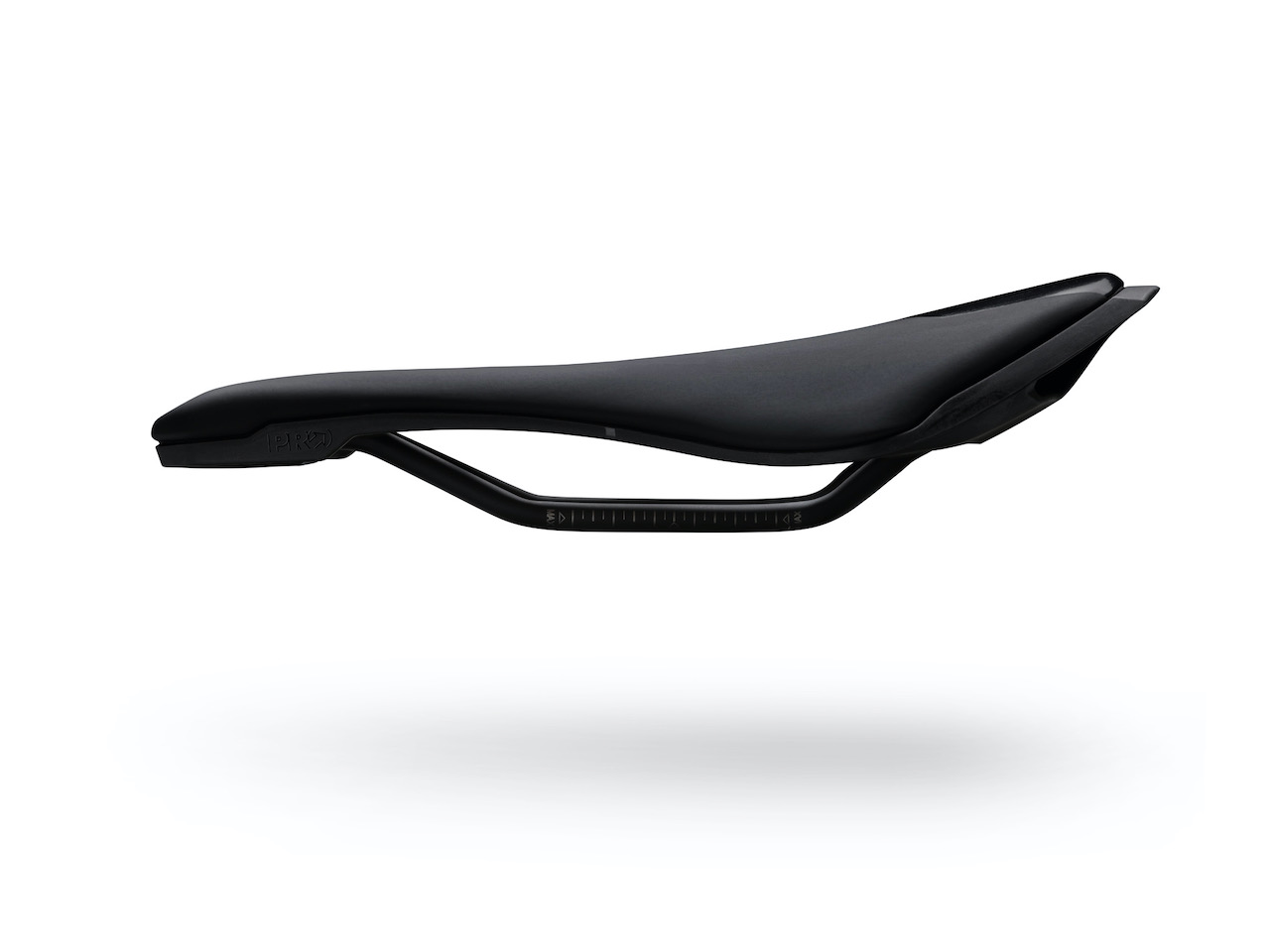 The middle anatomic area has the signature triple bridge and has been trimmed down slightly, coming in around 11g lighter than previous versions. The flagship PRO Stealth in a 142mm width weighs in at a very svelte 161g — a 7.5% drop from the previous model. 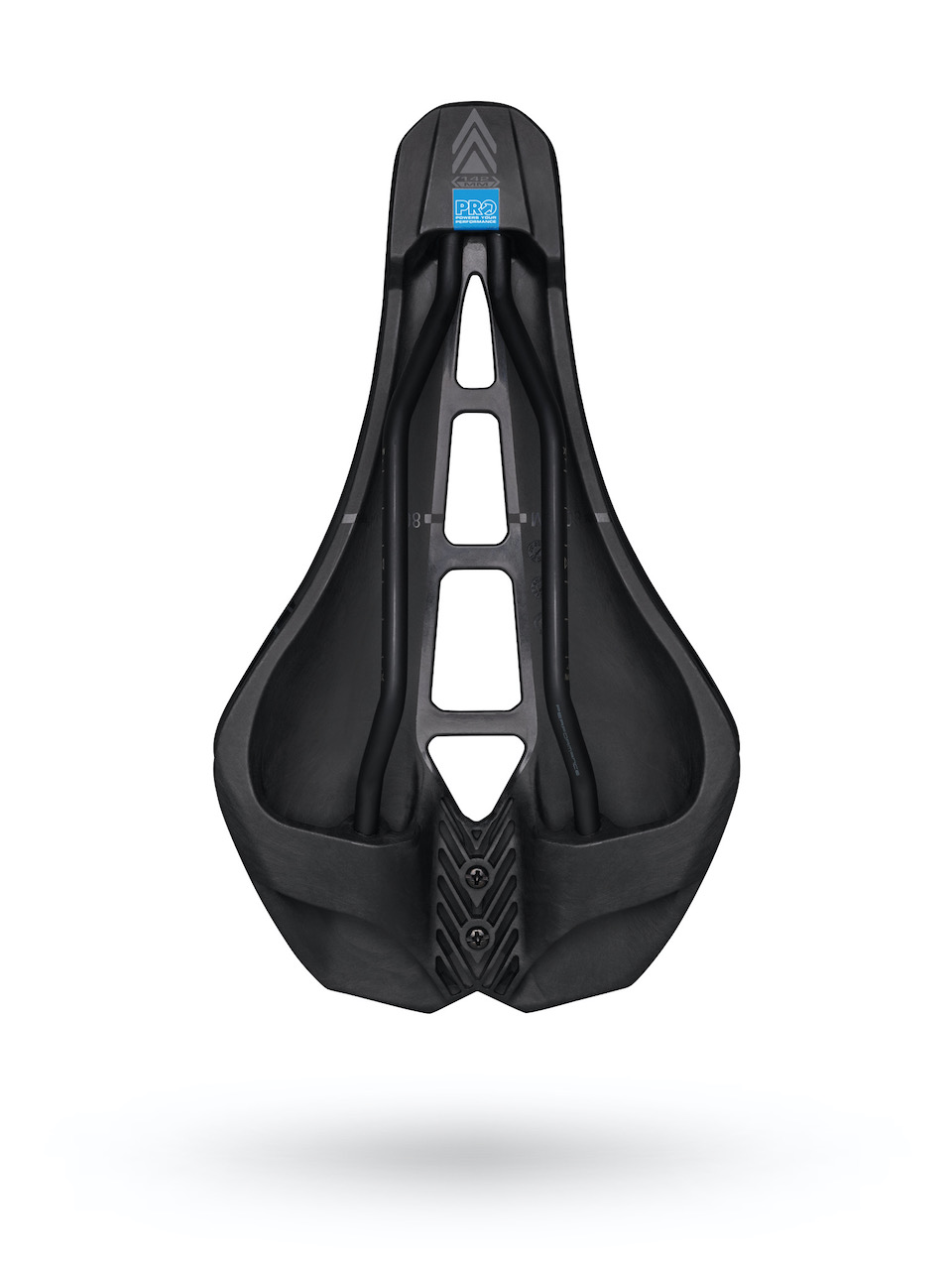 The PRO Stealth Team version utilizes a carbon base and carbon rails for maximum weight efficiency. The PRO Stealth Performance opts for a more robust build with stainless steel rails and a polymer base. Both the Team and the Performance boast the same exact fit and shape, available in 142mm and 152mm widths. 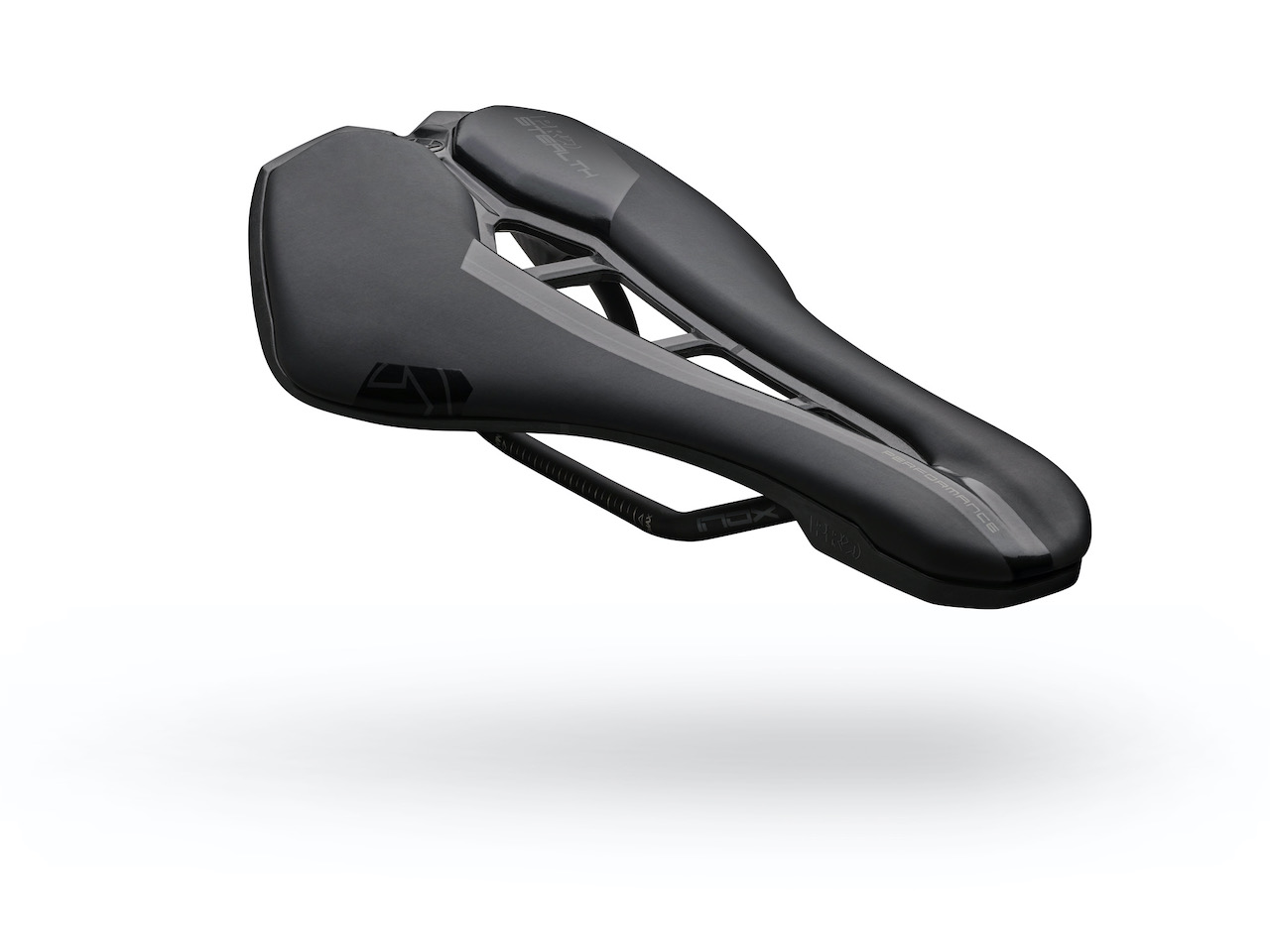 For those that find the Stealth’s shape a bit too flat, the Stealth Curved hopes to help welcome you into the Stealth family. The new Stealth Curved features a slightly narrower nose, offering more support to riders that tend to rock side to side while pedaling. 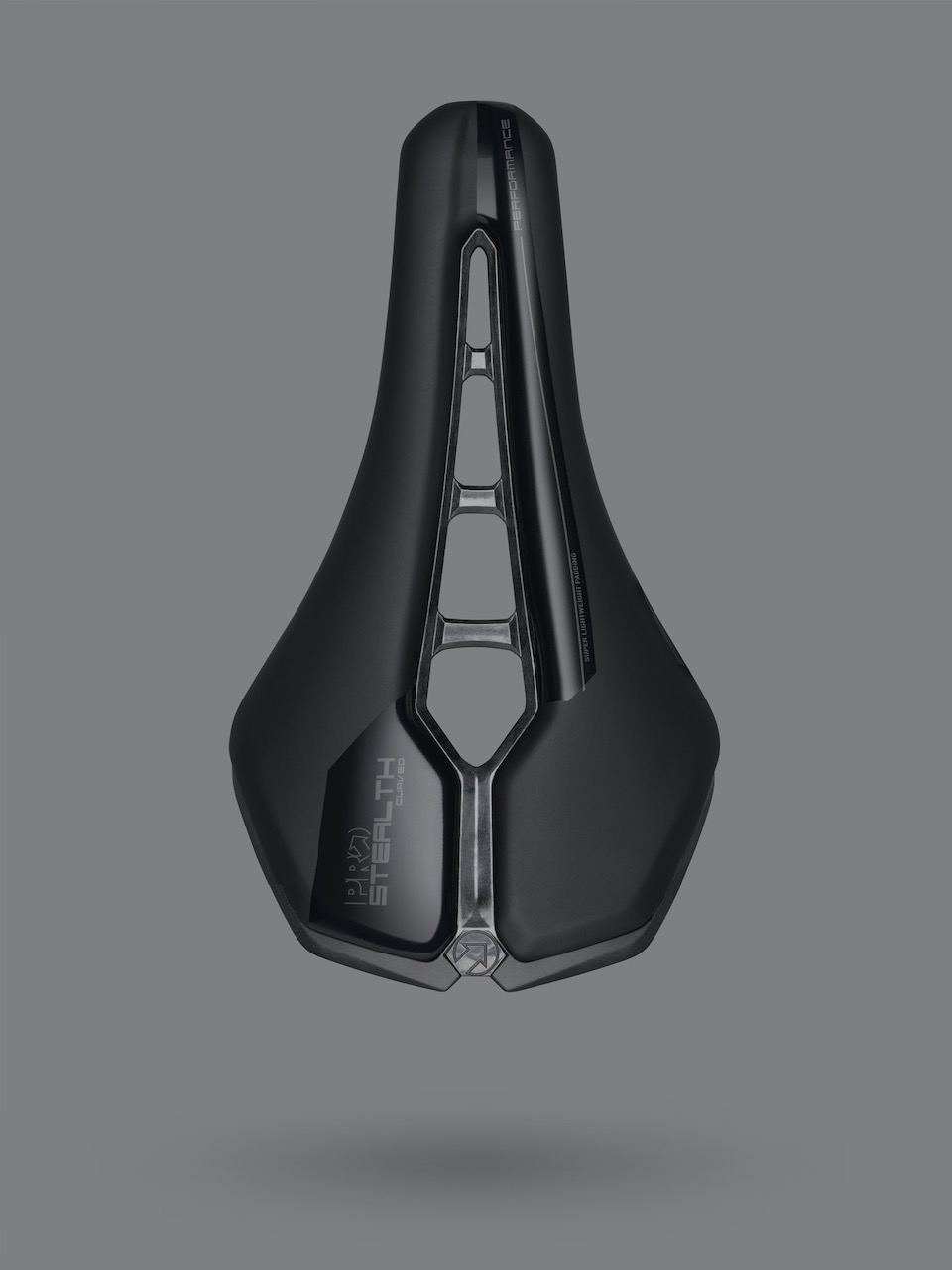 The Stealth Curved retains the signature look and shape of short nose wide rear that PRO’s Stealth is known for but eases on the boxy construction. The PRO Stealth Curved is not a lesser version of the classic; it’s an option for those that might benefit from more thigh room in an aero position. 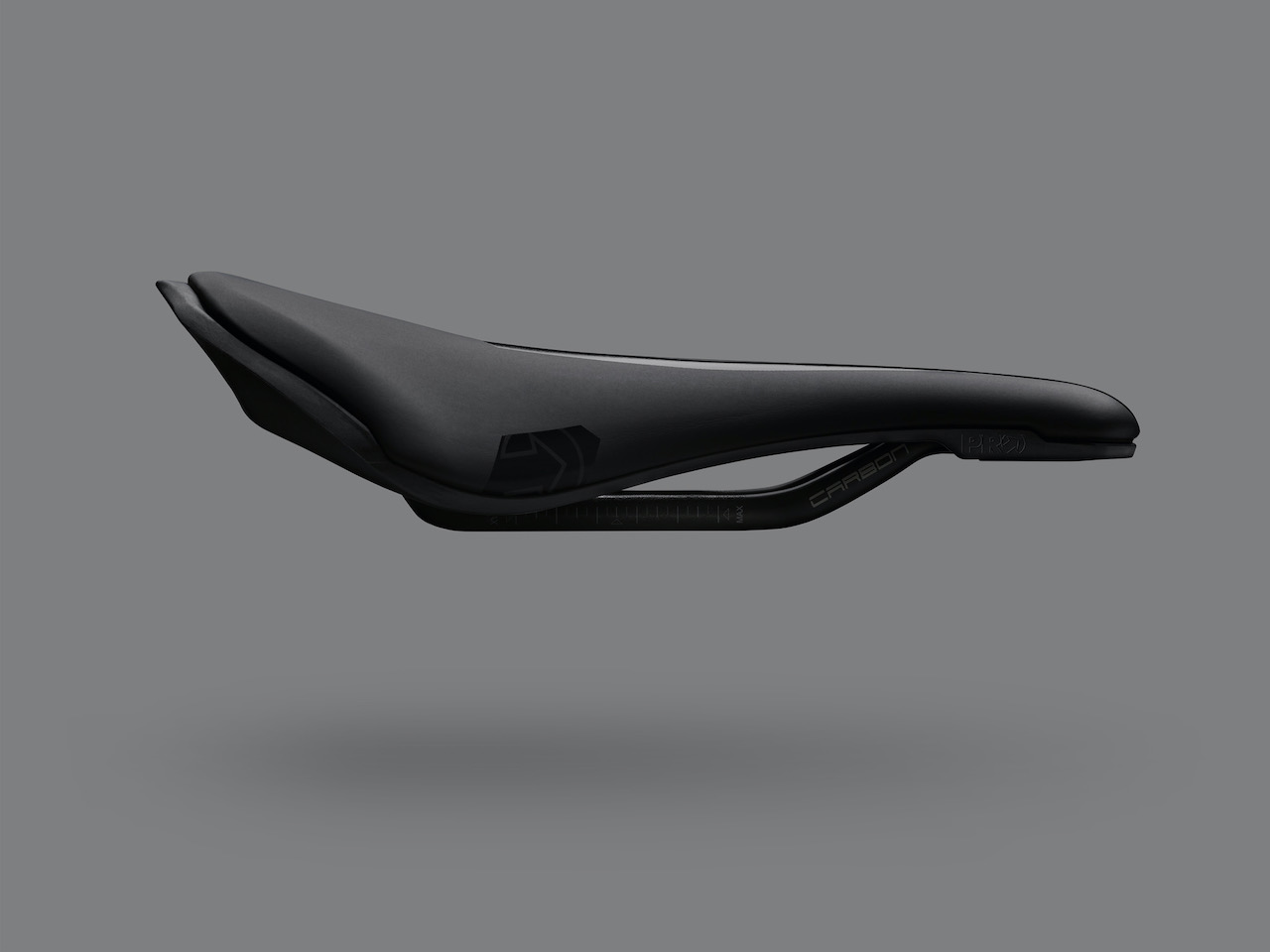 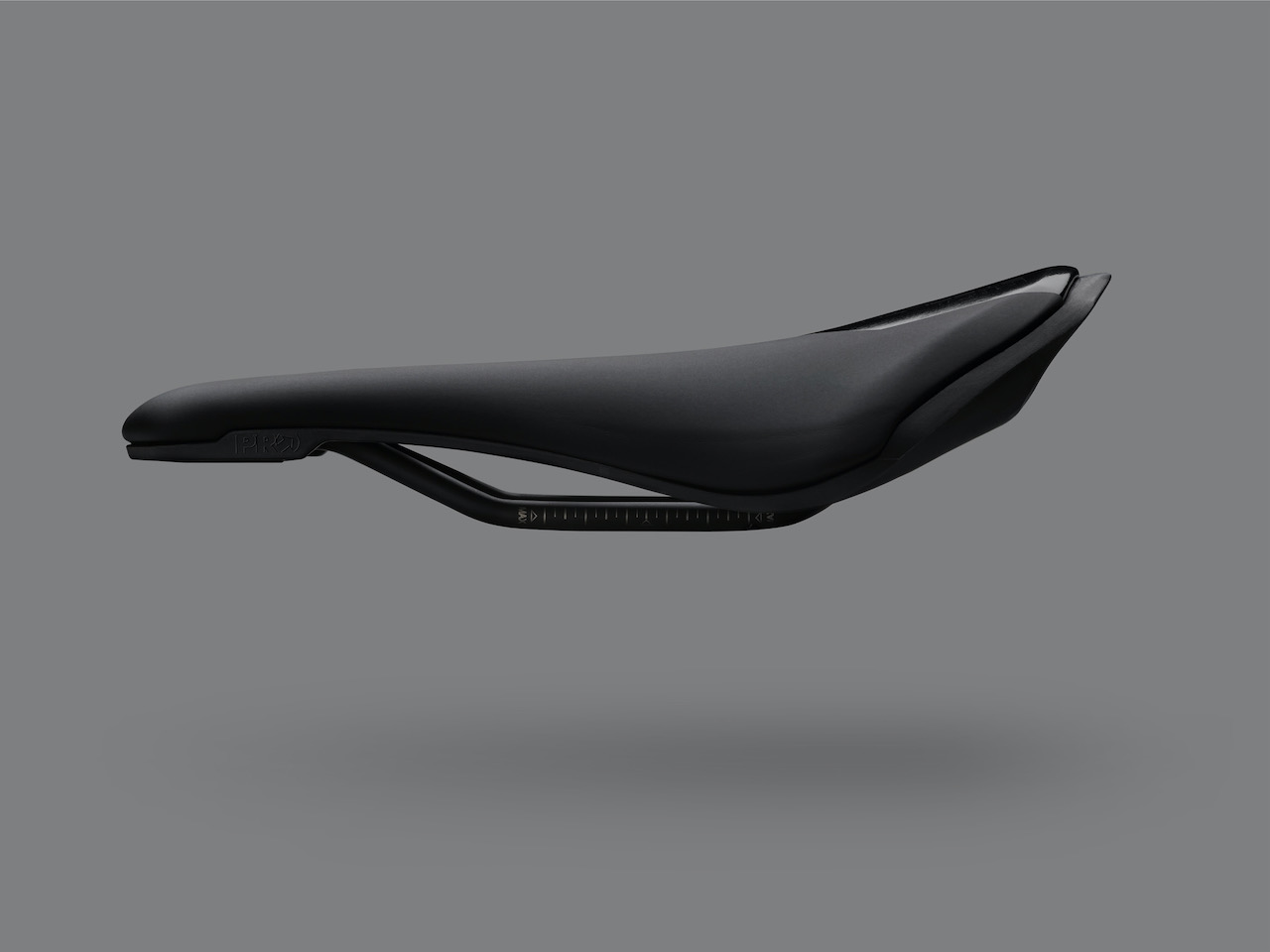 Both versions of the Stealth Curved are available in 142mm and 152mm widths.

All PRO saddles come with a 30-day comfort guarantee, so if you feel like a new saddle is in your future — these should be landing at your local shop in July.