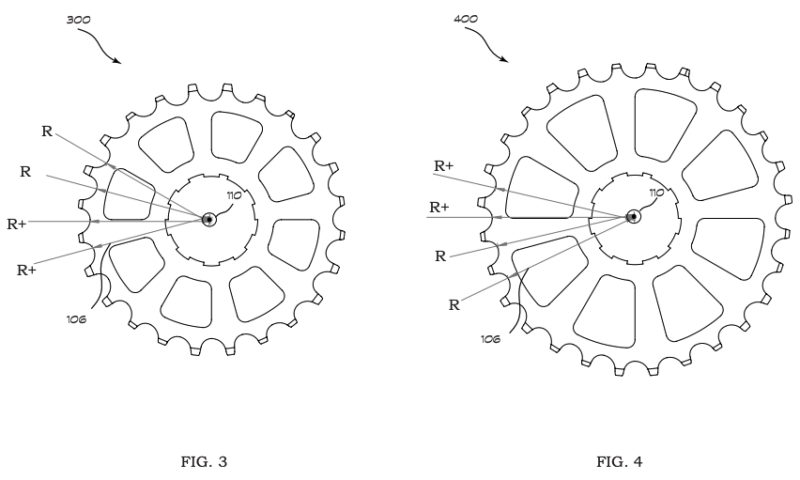 Spreng Reng has long promised extra watts due to the unique hexagonal shape. It’s also easy to write off Spreng Reng as a BioPace descendant, though it’s got several unique features that set it apart. You can read about that here.

Now Spreng Reng is making it official by filing a patent for its chainring with a variable gear tooth valley radius. This allows you to increase cadence and gear rollout, according to Spreng Reng. At first glance, that sounds, well, physically impossible. But Spreng Reng says it has found a way.

Let’s dive in and find out exactly what that means, and now it affects your power output. But first, for a great explainer on how the original Spreng Reng works, and a real-world test to go with it, be sure to read Zach’s piece here. 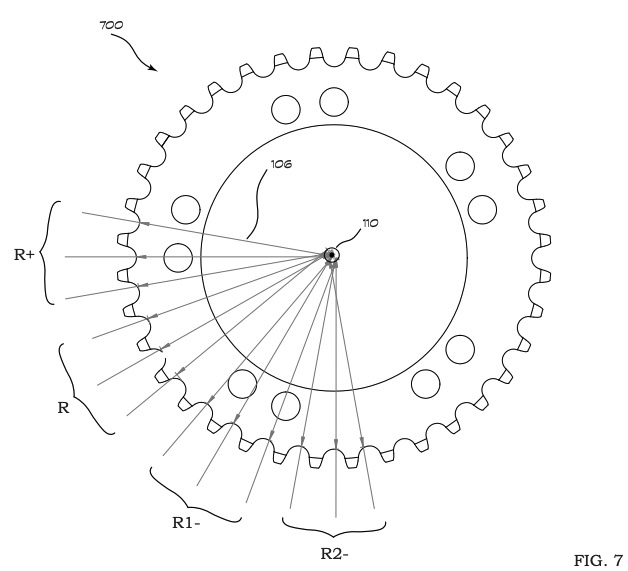 This image illustrates the sectors of the chainring with variable radii.

Two general aspects set the Spreng Reng apart from other chainring designs. One is the variable gear tooth valley radius, and the other is the approximate polygonal shape.

Let’s start with the polygonal shape. I wrote about this design here, and it’s a good explainer on what Spreng Reng is trying to accomplish.

“The initial theory of the ring is that the combination of the 39t for your dominant leg and 36t for your non-dominant leg actually allows you to turn the pedals at a higher cadence but with less effort resulting in improved climbing. This dynamic ratio allows you to power through the larger radius faster than you normally would which briefly accelerates the bike, then you get a bit of a break with the smaller radius which helps to keep your cadence up. Essentially, you are able to pedal through the larger radius at the higher cadence provided by the smaller radius.

This is then a give and take; the smaller radius side allows you to speed up your cadence, while the larger radius side then transfers that higher cadence into higher speed through more gear rollout. The result is supposedly the ability to ‘spin’ a harder gear than you would typically run with less fatigue.” 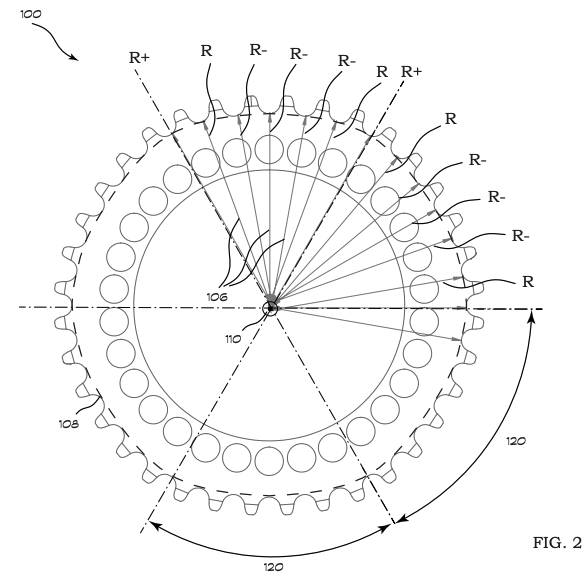 The radius of each valley can be tailored to allow the most efficient torque range and cadence.

When I wrote an article recently about the updated version, Spreng Reng had not yet made public how, exactly, it was able to increase torque and changing rollout without increasing the amount of teeth on the chainring.

“With each gear tooth,” says Spreng Reng founder Doug Brown, “we are increasing and decreasing the effective radii of each tooth valley radius (as compared to a typical tooth valley radius for, say, a 36-tooth chainring), which is how we are accomplishing the variable tooth radius feature that is above and below that of a typical 36-tooth chainring.”

In other words, the radius of the valleys between teeth on the chainring vary. That effectively changes the rollout and increases torque in real-time. To think of it simply (but also inaccurately; this is just a representation of the concept), as you pedal, the changes in the radii in the valleys virtually ‘changes’ your 36-tooth chanring to something else. Say, a 36 ½-tooth chainring, or 35 ½ tooth chainring. That’s not physically happening, but the unique chainring shape combined with the different radii in the valleys changes the gear torque as though that were actually happening.

Brown says the Spreng Reng enhances the gear torque within the power stroke, which in turn helps you get through your pedal stroke’s dead spots. He says the chainring in this sense increases pedal rotational momentum during that key moment in the pedal stroke.

Is Spreng Reng for real? 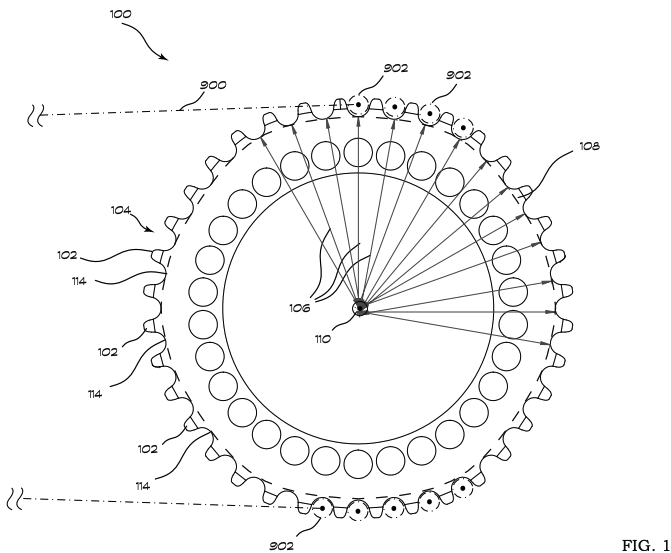 This illustrates where the chain falls on each successive valley.

While Overholt’s self-proclaimed un-scientific testing seemed to indicate that Spreng Reng gave him an advantage, color me skeptical but optimistic.

We’re already seeing oval and polygonal chainrings in use on pro bikes, and Spreng Reng takes that concept quite a bit further. So it’s entirely possible the system does indeed increase cadence and gear torque as you pedal. Whether it’s scientifically sound in theory, and usable in practice, is beyond my comprehension (and Zach’s), at least on paper. The proof is in the pudding, as they say. So lab testing — and real-world testing could reveal much here.

The other concern I have is more economical: will this design wear out my chain faster? The Spreng Reng seems to ask a lot of a chain that’s already under intense stress with each pedal stroke. Would the change in radius add wear and tear to the chain itself? Again, I don’t know the answer to that, but now more than ever, replacement parts are expensive and hard to come by.

That said, Spreng Reng’s promises appeal to the racing crowd, and if it can deliver, what an advantage that would be. Extra watts, less work, more efficiency…I’m intrigued.