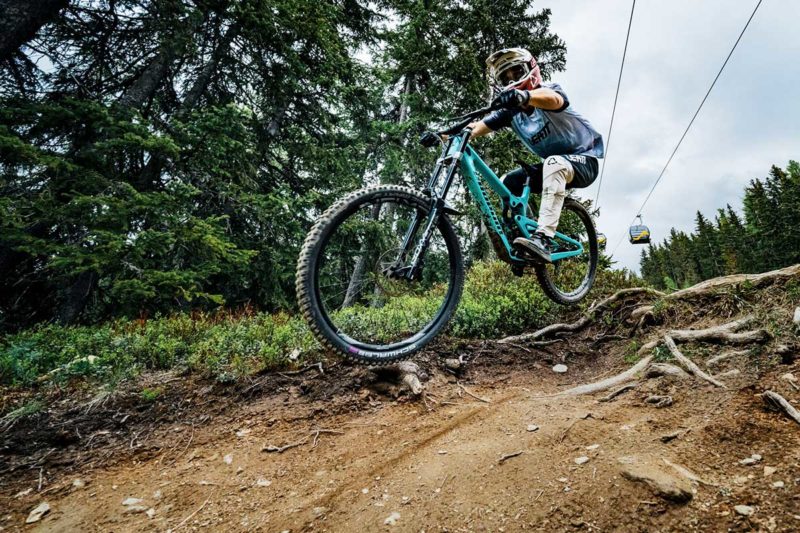 Propain Bikes have gone to town with a new suspension design for the 2021 Rage CF downhill bike. A whopping 215mm of rear wheel travel is now delivered through the redeveloped PRO10 suspension linkage which puts a floating shock in front of the seat tube for improved weight distribution. And, you can easily switch it from 29er to a mixed-wheel setup. Here’s what we know… 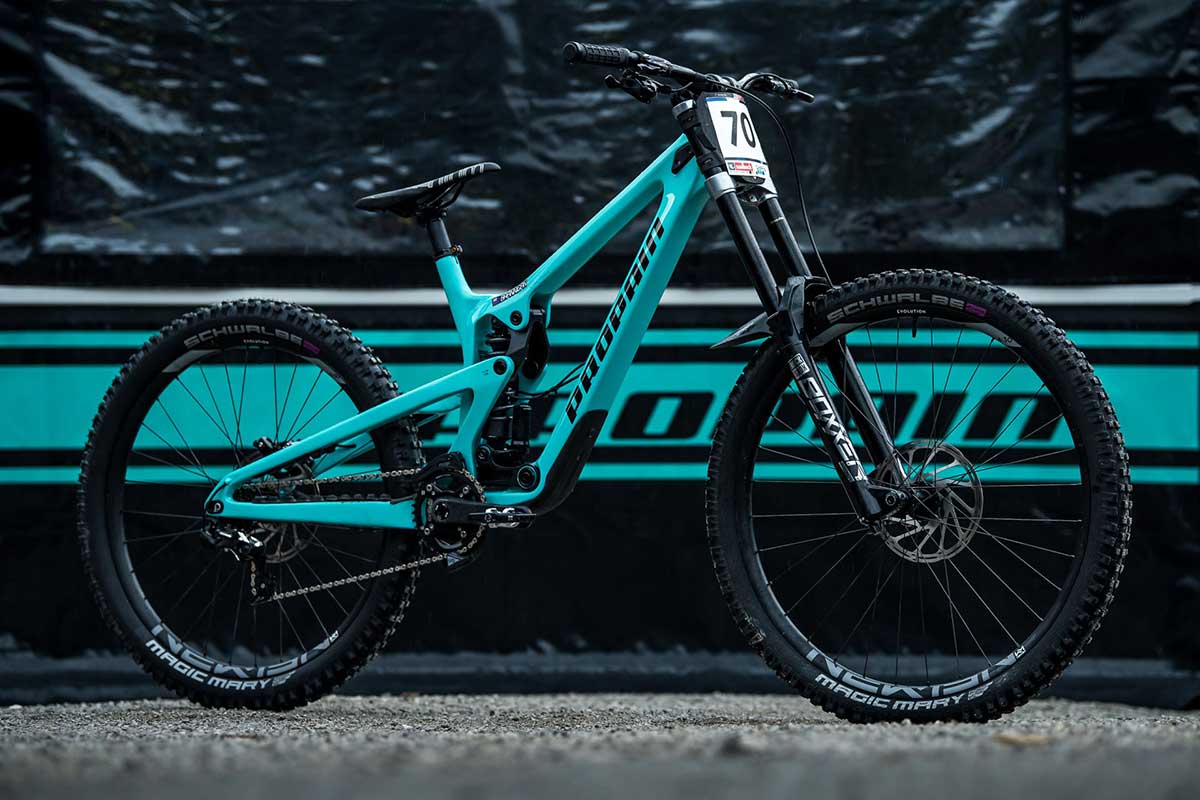 The Propain Rage downhill bike is back for this model year with an all-new carbon frame and suspension kinematic, redesigned around a shock that sits inside the front triangle. For those less familiar with Propain Bikes, this is a big deal for the German brand. 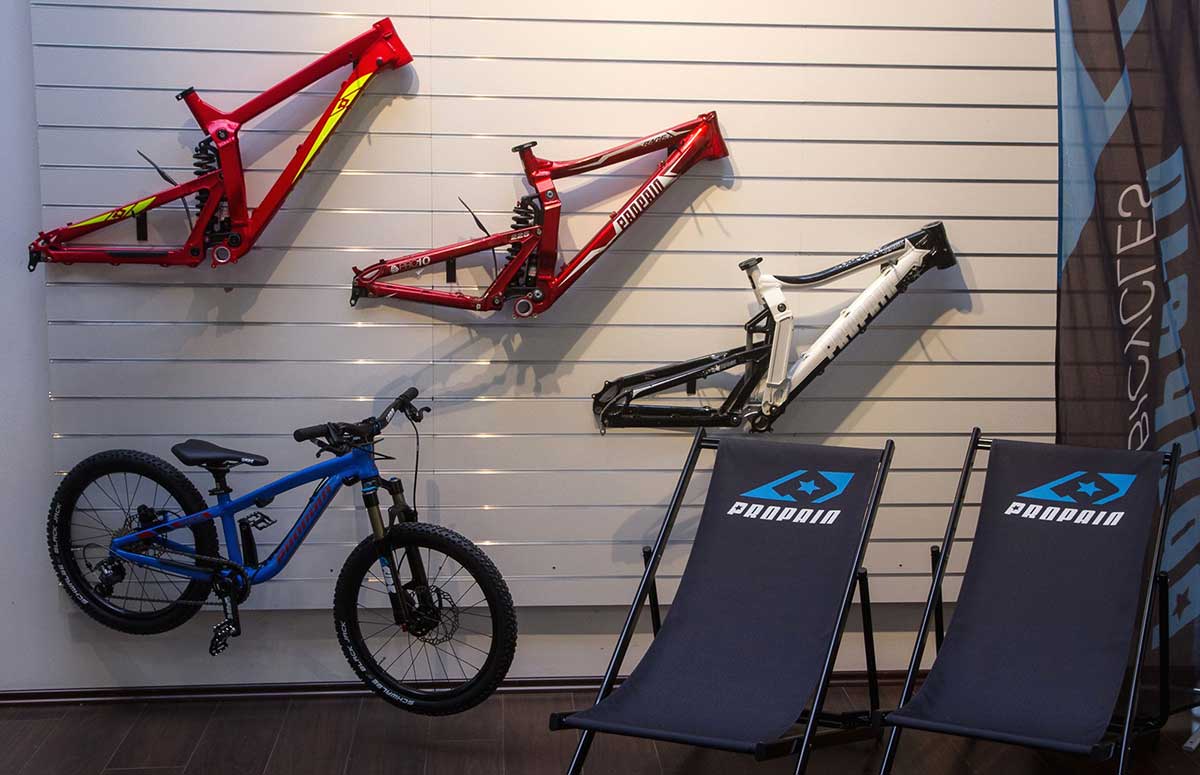 The Rage was their debut bike; every iteration of the downhill bike since its inception fifteen years ago featured a suspension platform with the shock positioned behind the seat tube. 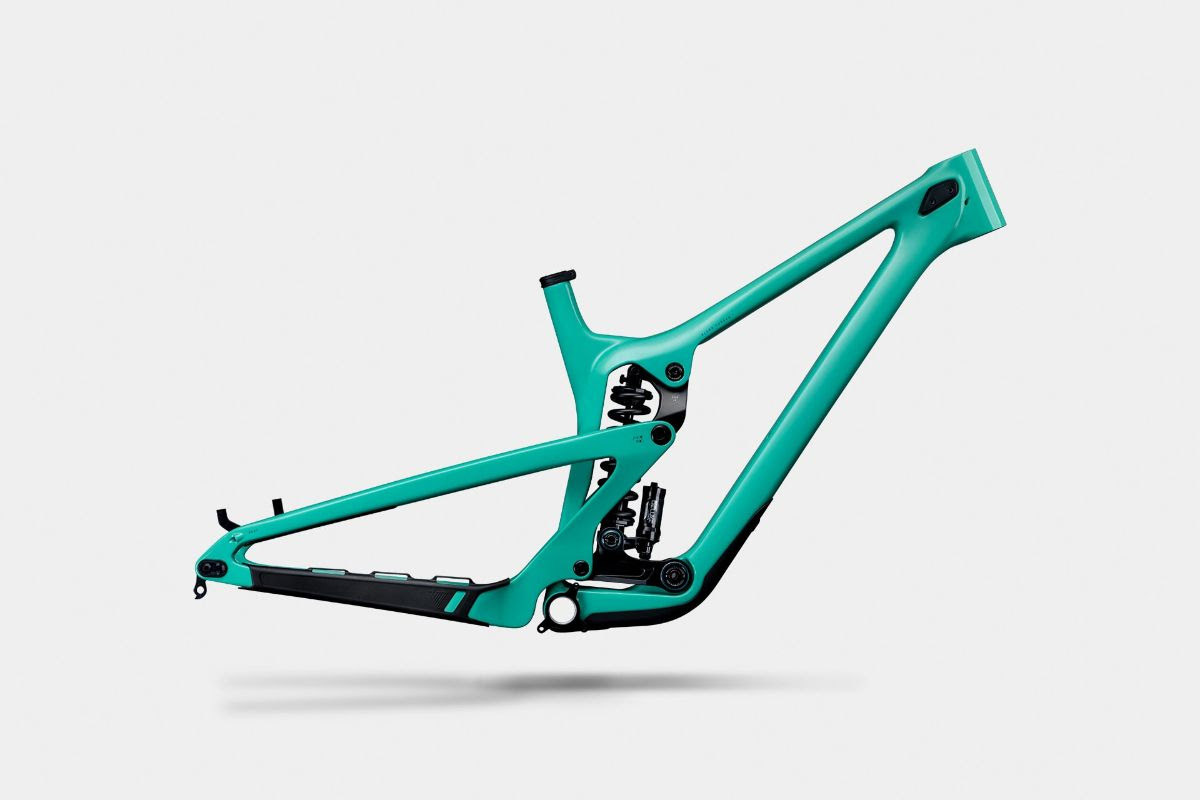 100% anti-squat is said to allow the bike to accelerate without bobbing. Learn about anti-squat here.

The 2021 Propain Rage CF now runs the PRO10 suspension platform with a linkage very similar to that seen on their trail and enduro bikes such as the Hugene, Spindrift and Tyee. The floating shock is said to give the bike incredible small bump sensitivity, while the leverage curve delivers 38% progression throughout the 215mm of travel. 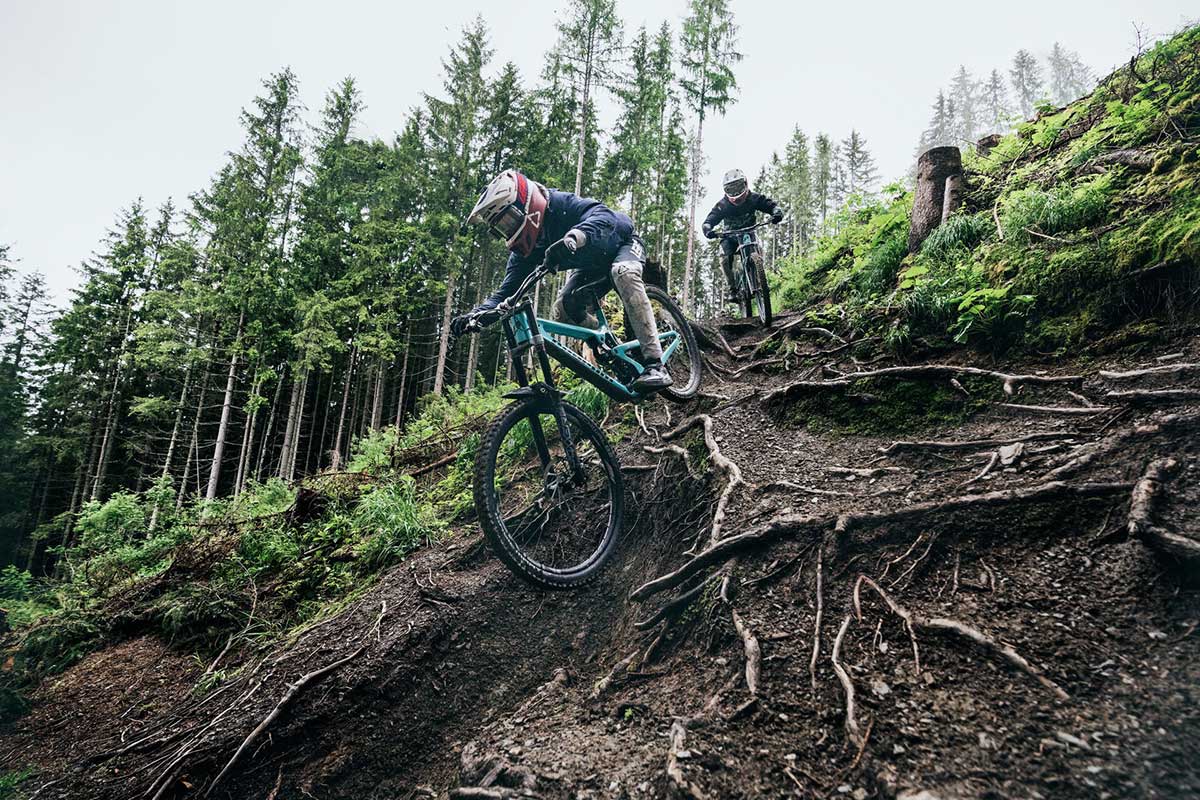 Propain say the new linkage delivers a rearward axle path, said to prevent that feeling of getting hung up on roots and other square-edged hits. Though we cannot share the axle path graph with readers, we can say the rear wheel initially moves 1.5mm rearward before arcing up and forwards for the majority of the travel. 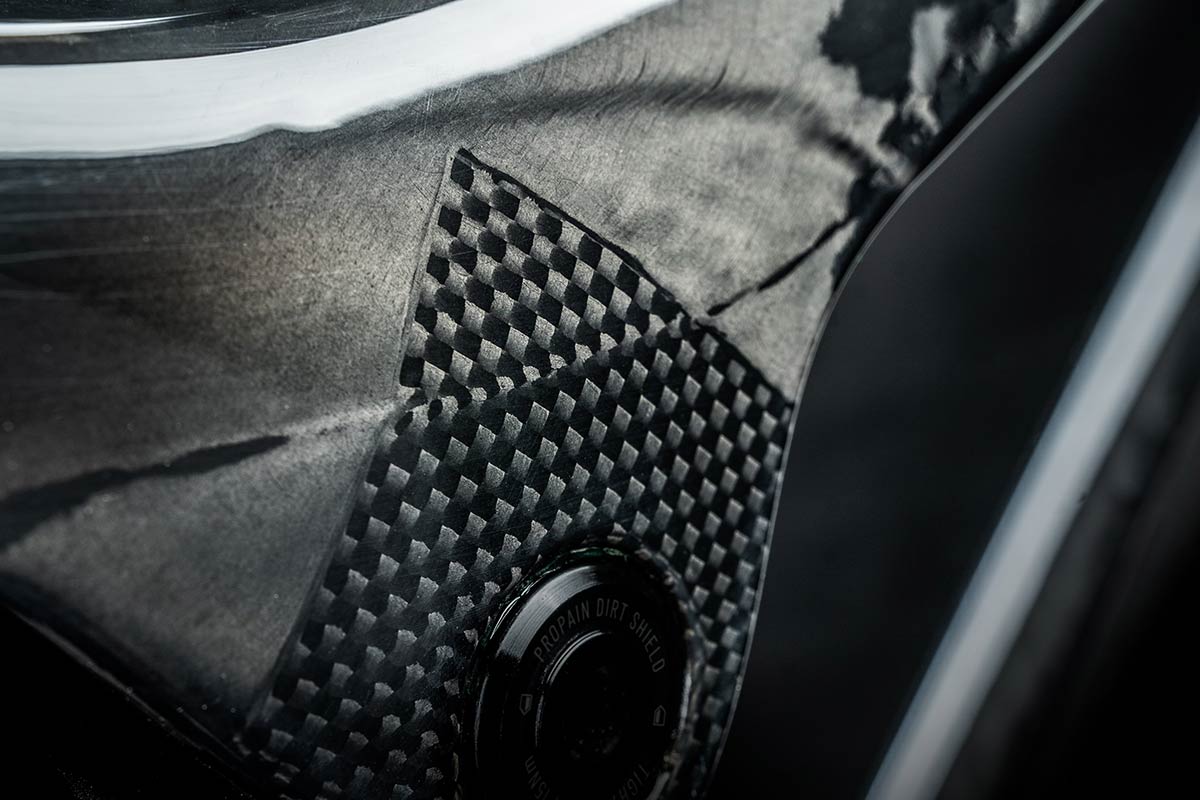 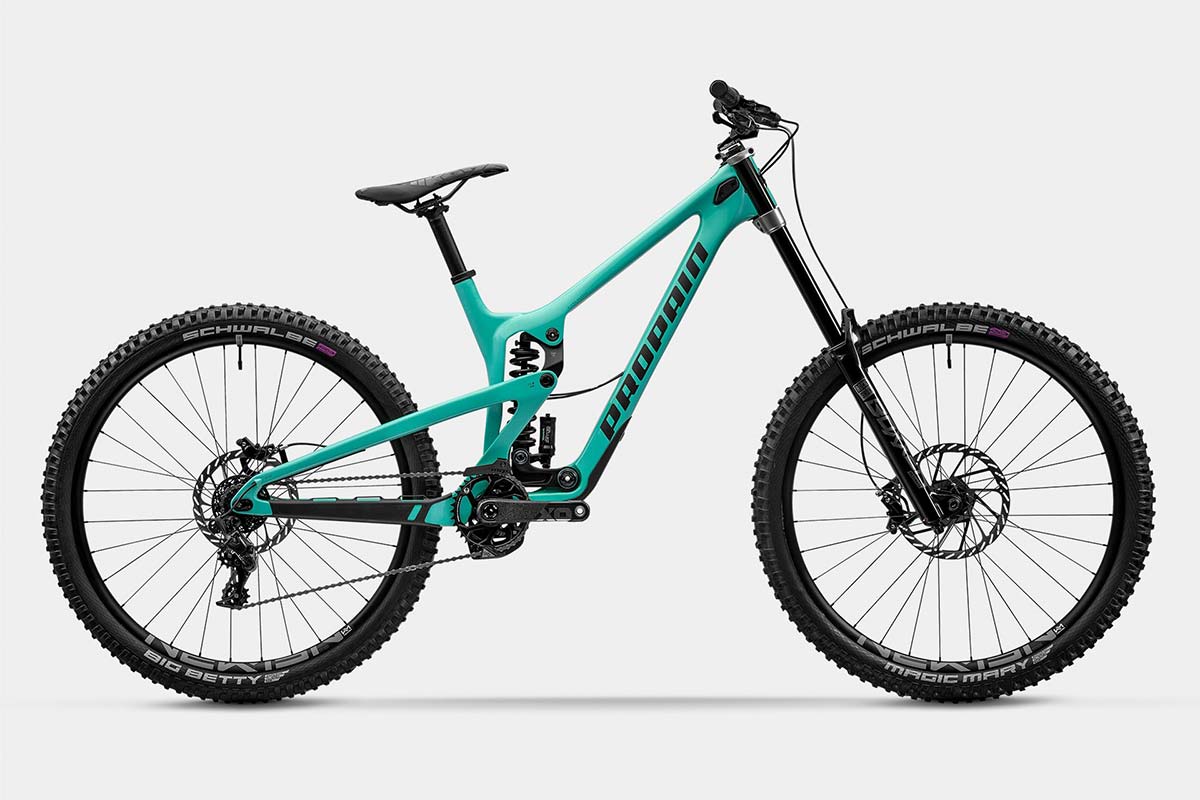 The new Rage CF can be run in a complete 29er configuration or as a mixed-wheel size bike by virtue of a flip-chip positioned at the interface between the swingarm and the upper link. A flip-chip at the dropouts allows for 15mm adjustment of the rear-centre length. You can run both the 29er and mullet setups in the long and short chainstay positions, depending on your riding style and how much tire/mud clearance you need. 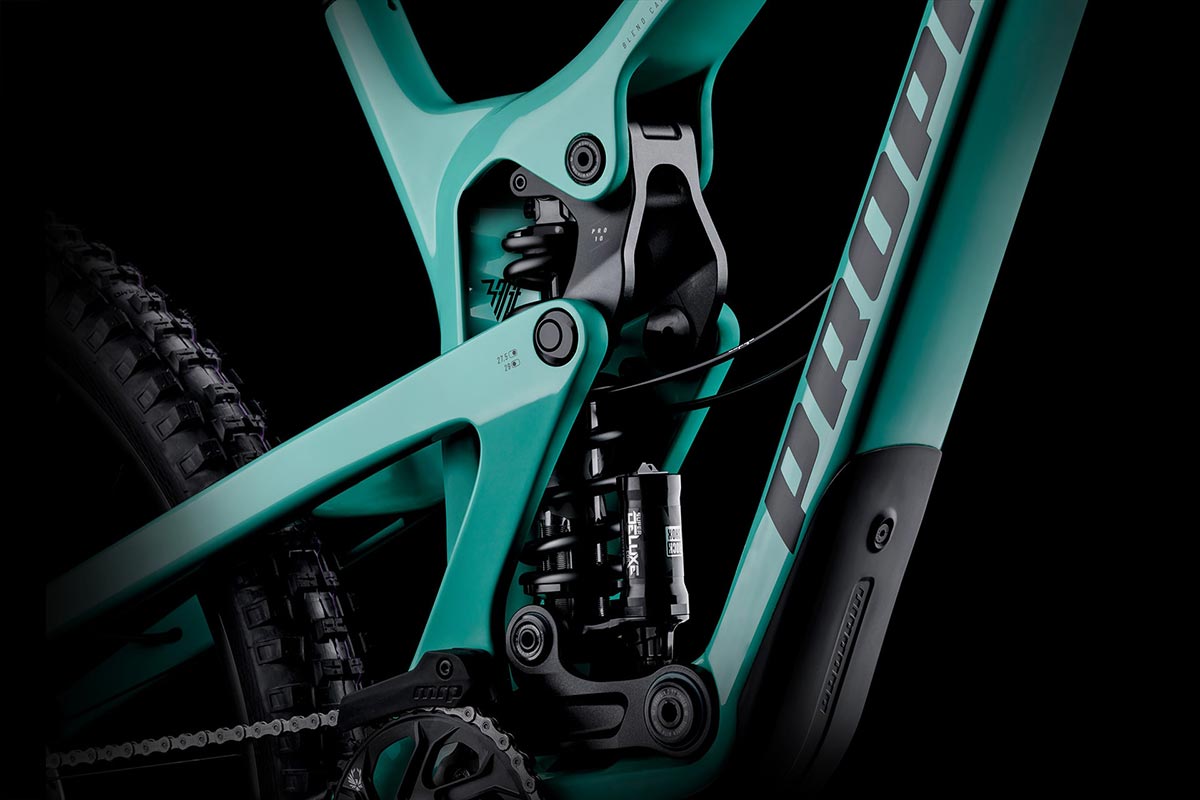 The 29er and mullet setups are both available to purchase straight away; you don’t have to buy a 29er and then convert it to a mullet, or vice-versa.

It will come as no surprise to hear that the 29er, preferred by Phil Atwill, is said to be the faster of the two configurations. This one gets a 63° head tube angle, 0.5° slacker than the aluminium iteration of 2019. Reach stretches from 440mm to 495mm across the M-XL frame size range. 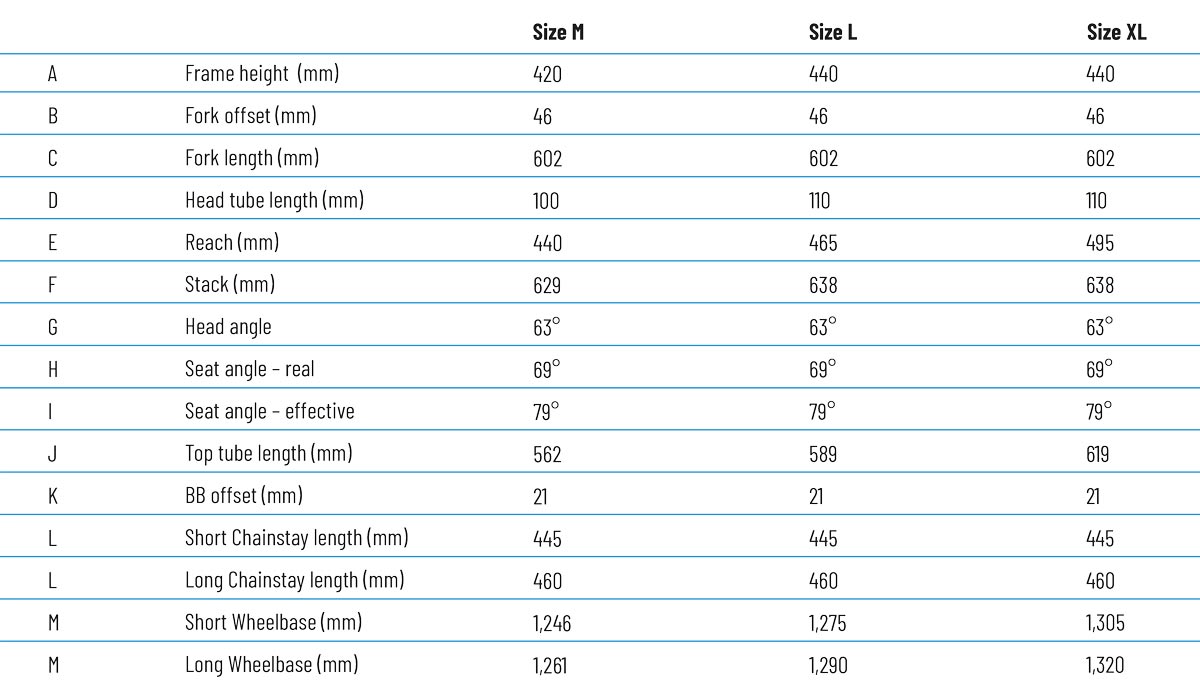 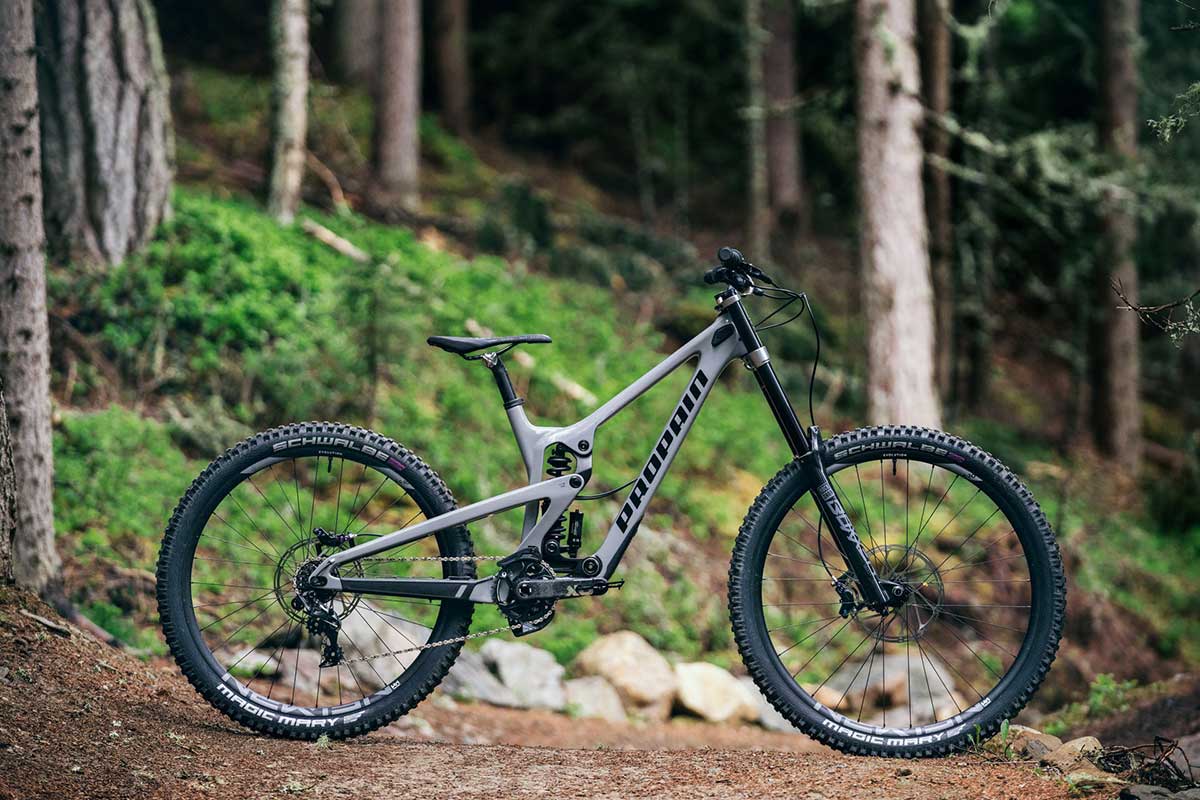 The mixed-wheel size setup, preferred by George Brannigan, is said to be the more maneuverable of the two configurations. Thanks to the flip-chip, much of the geometry figures including head angle, seat angle, wheel base and reach remain unchanged. Only the BB height is lower on the mullet setup. 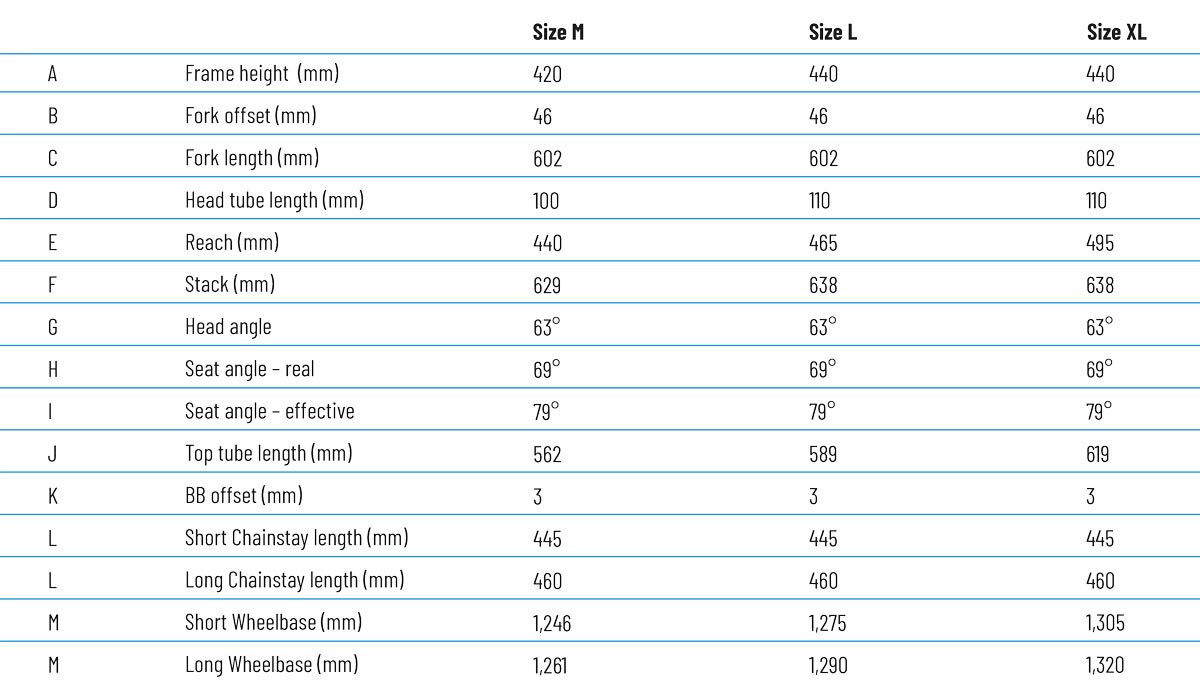 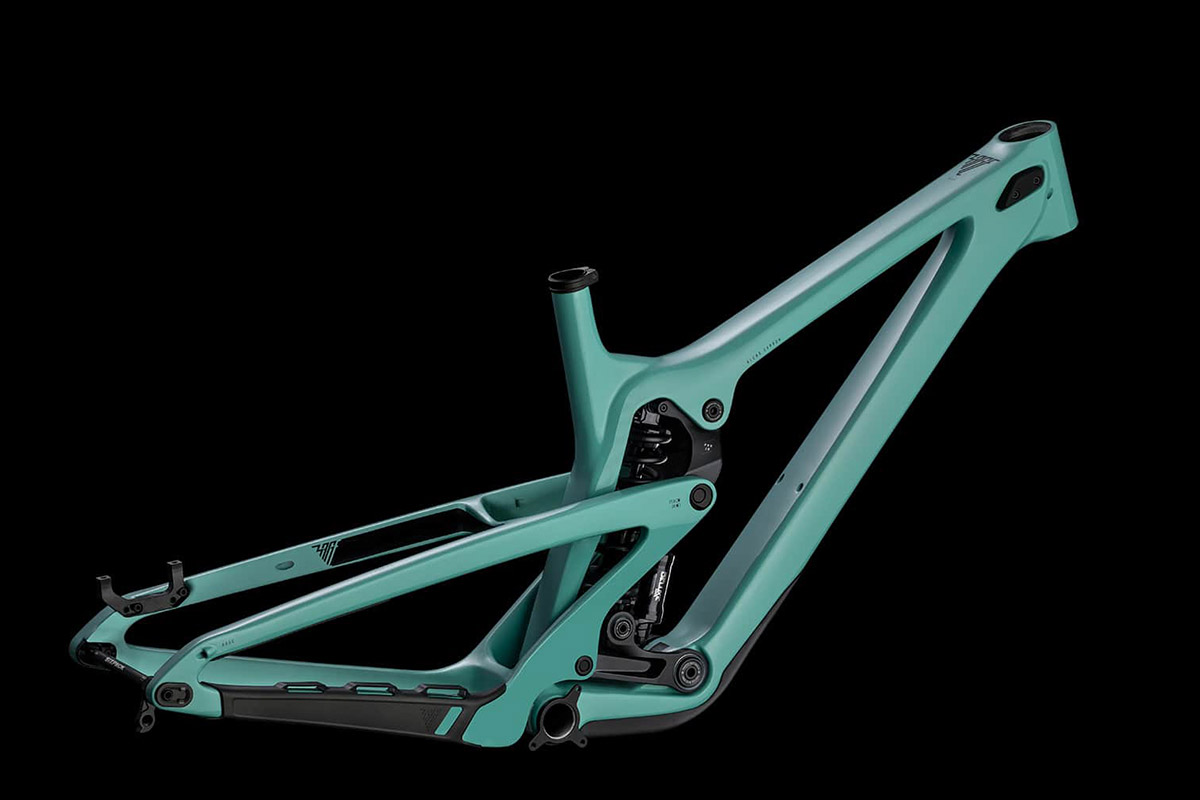 Just like the Propain trail, all-mountain and enduro bikes, the 2021 Propain Rage CF downhill bike runs large diameter Acros stainless steel bearings at each of its 10 pivots. These are further protected by Propain’s proprietary Dirt Shield technology which basically provides an extra seal to protect the bearings from water and trail grit for durability.

It runs a plugged ISCG mount, so you can run a chain guide and bash guard if you so wish. The carbon frame is protected along the underside of the downtube, and along the drive-side chainstay and seat stay to quieten any chain slap that might occur through rough section of trail. All of these are replaceable. 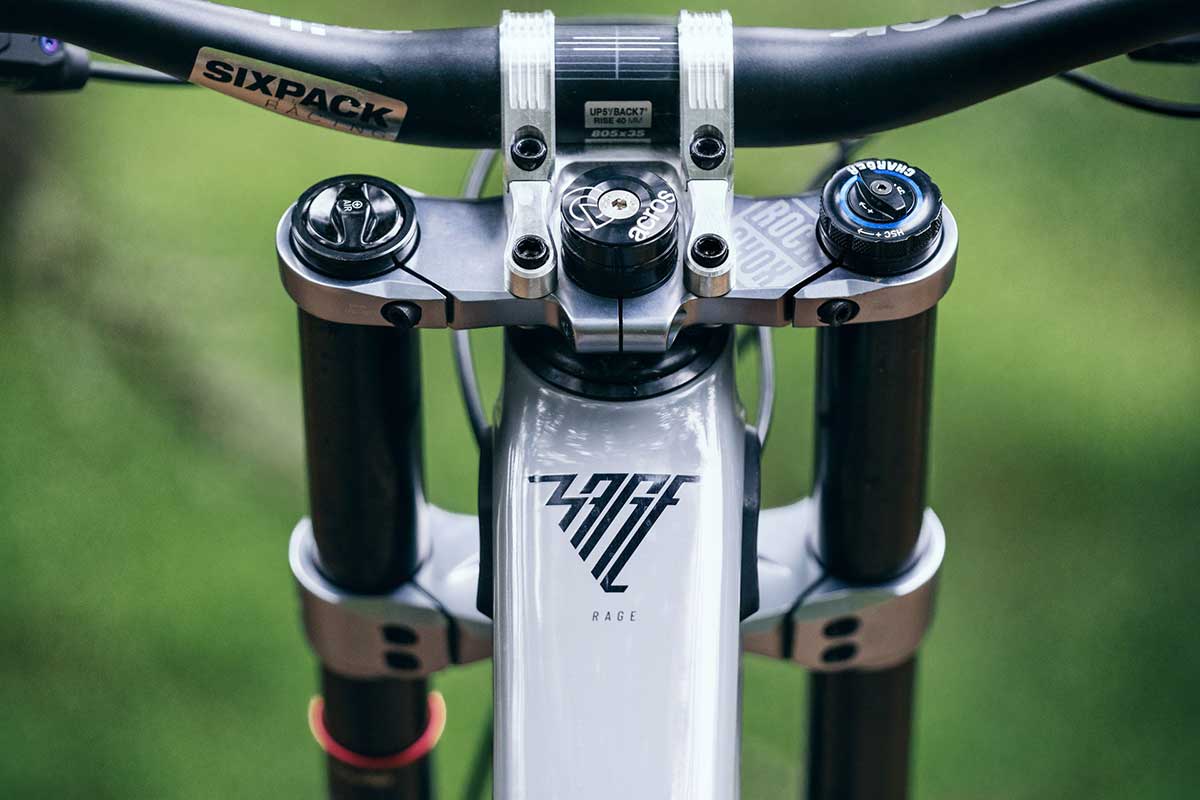 The frame also features integrated bumpers just behind the head tube to protect the carbon from the dual-crown fork when you inevitably bin it. Cable routing is fully guided internally. The BB is bolted while the headtube is able to run a number of head angle adjustment headsets if you feel the need to slacken it beyond 63°. 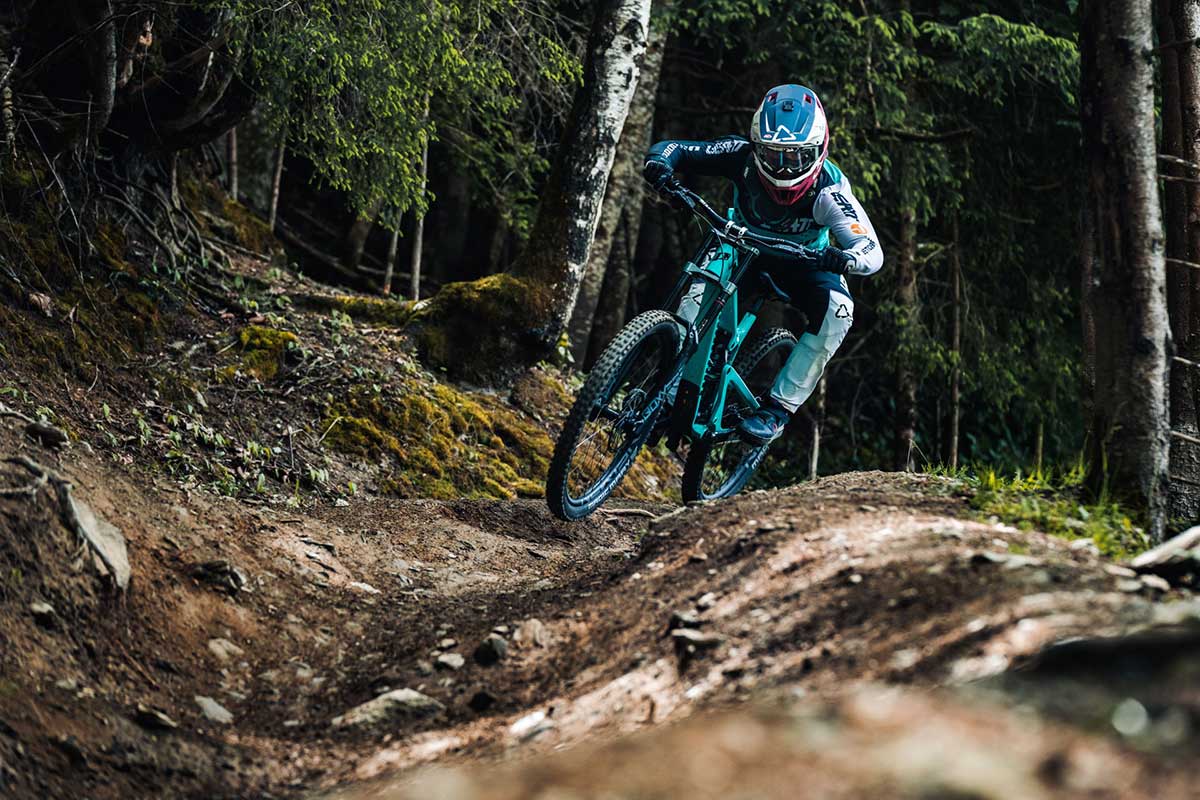 The 2021 Propain Rage CF downhill bike is available at three price points, starting at 3,999 EUR for the entry-level Start model. All are available now direct from Propain.