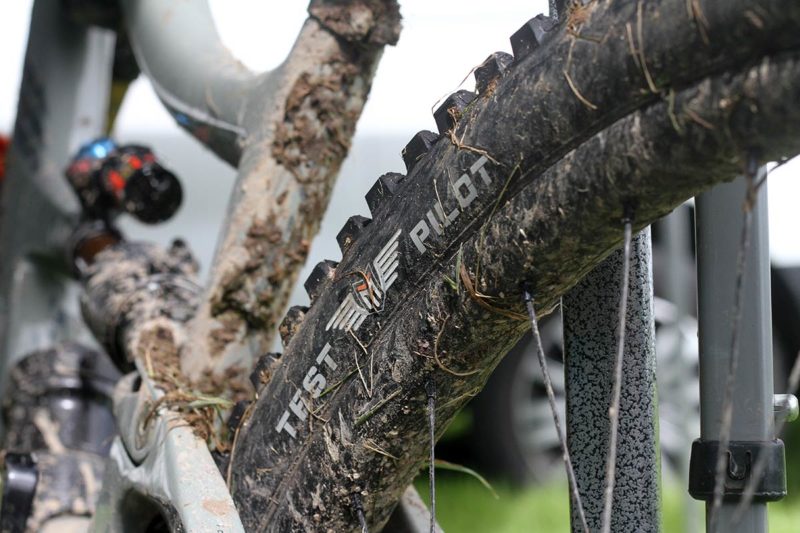 Last weekend, we were down in the Yorkshire Dales, racing the Enduro event at the biggest trail bike festival the UK has to offer; Ard Rock. Glastonbury for bikes, some call it. Some of the UK’s top enduro racers were there, including Ibis Factory Racing’s Bex Baraona who, to no one’s real surprise, took the top step. Her Ripmo was sporting something that caught our eye… 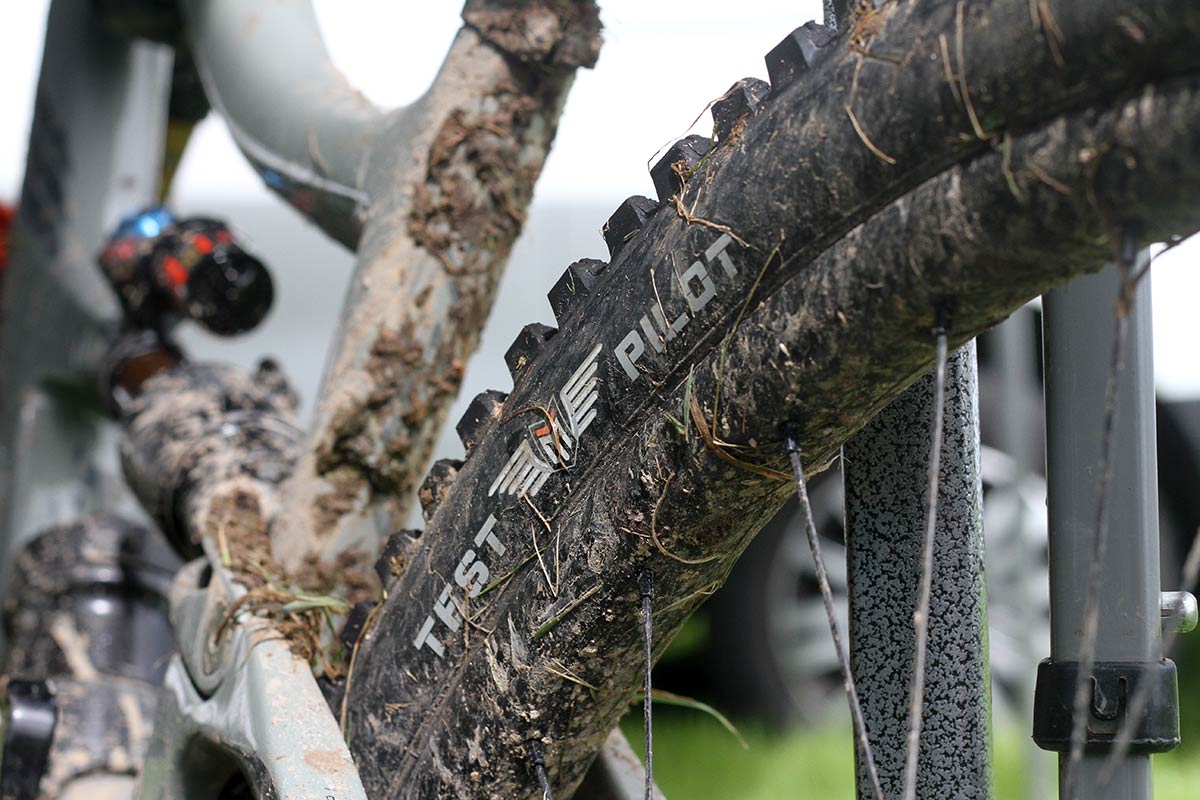 A Maxxis Minion DHRII Test Pilot tire. Save for the words Test Pilot written on the non-drive side of the tire, there was nothing too out of the ordinary. It shares the exact same tread pattern as the current Minion DHRII, even down to the orientation of the siping. The hot patch has the usual information: 3C Maxx Grip, TR (Tubeless Ready) and DH Casing. 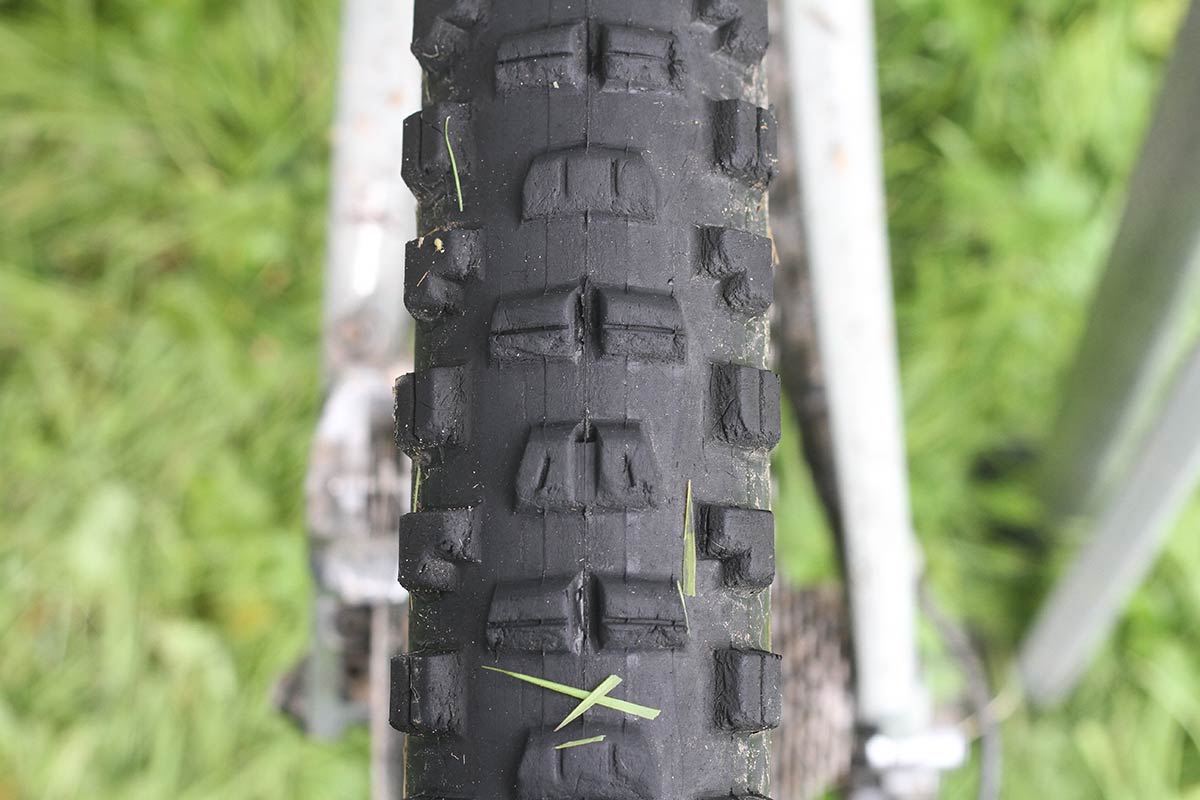 “The Test Pilot program is indeed our prototype program. I’m not sure specifically what Bex is testing, but it’s most likely a change to the casing and/or the compound” – Aaron Chamberlain, Assistant Marketing Manager at Maxxis. 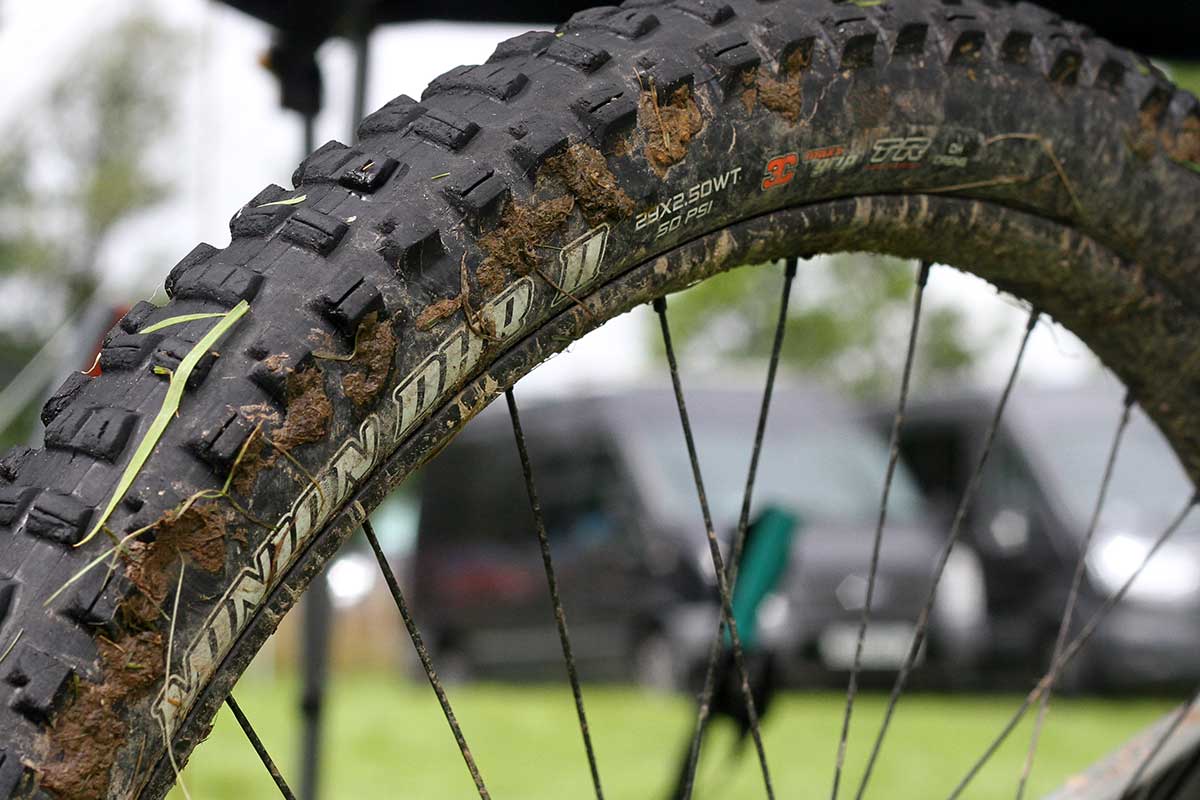 After speaking with the Maxxis sponsorship manager, Aaron told us there was nothing more they are able to disclose at this time about the tires Bex is running. 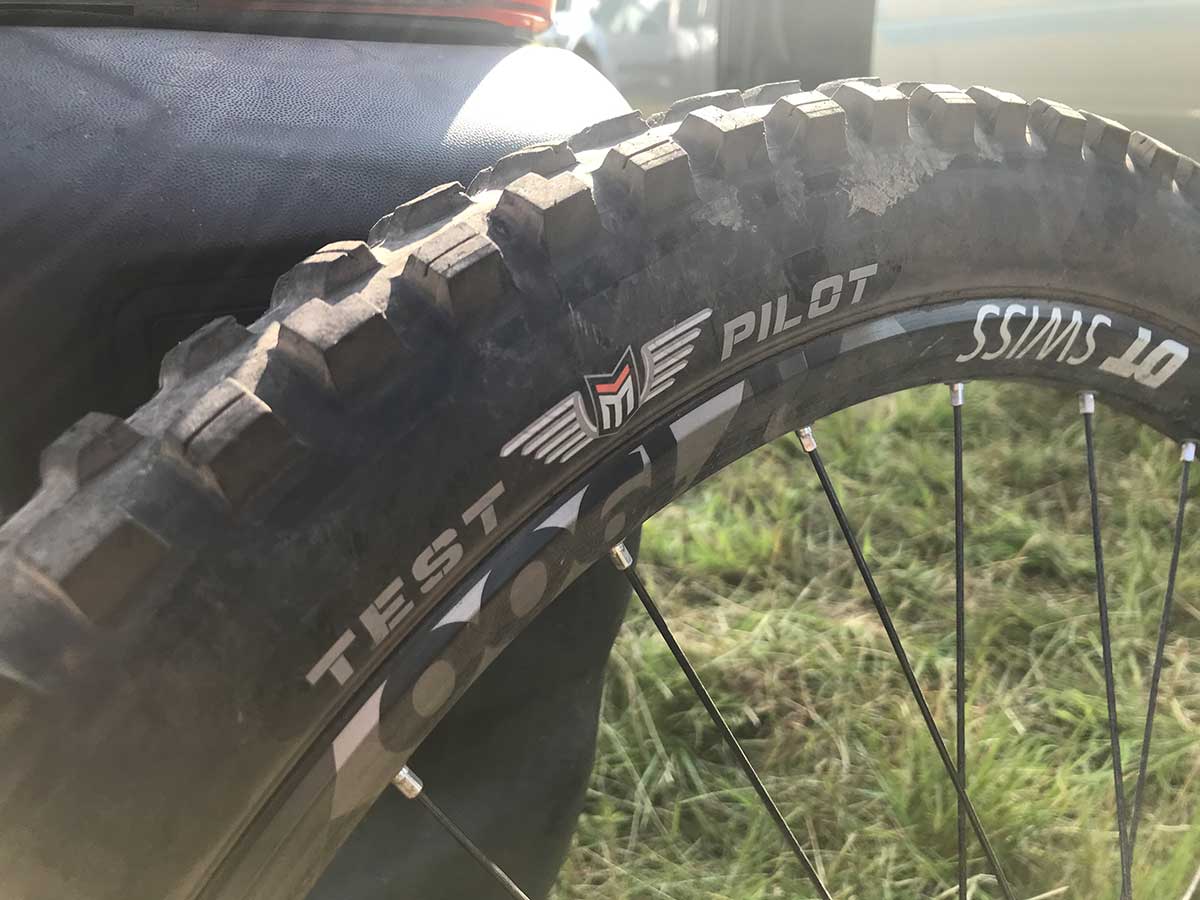 This is not the only Maxis Test Pilot tire we’ve seen kicking around lately. We spotted another at the DoonThaBrae Pitfichie Enduro in Aberdeenshire Scotland (a great place for a mountain bike holiday, by the way), back in July. This one revealed a little more on the hot patch. 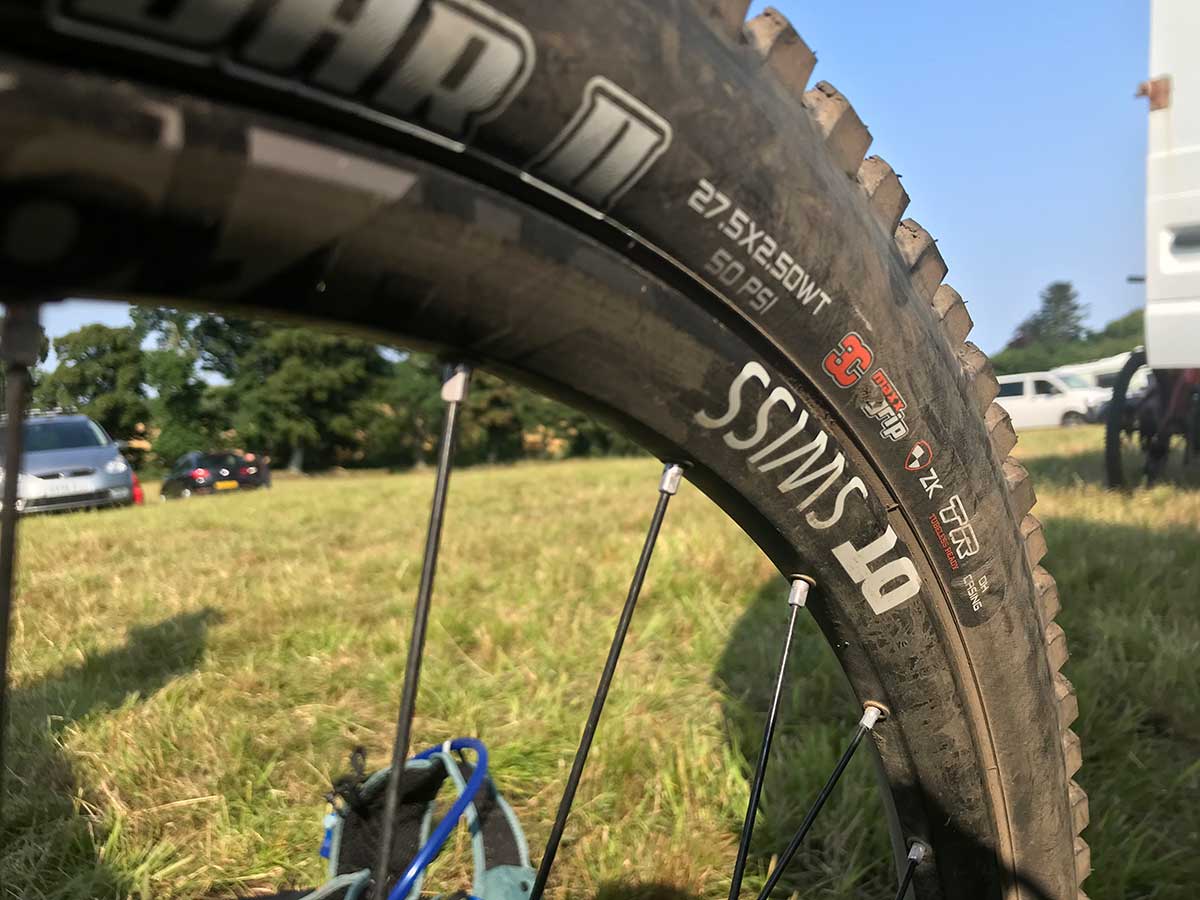 Notice the “ZK” accompanied by a little shield sat between Maxx Grip and DH Casing. This tire has been spotted by other media outlets in the past but Maxxis have not been very forthcoming about what exactly the ZK means, until now.

“ZK is a newer puncture protection material that we are using on some of our road line and in certain prototype or team-only MTB tires. It’s being used as a breaker, meaning a puncture protection layer situated underneath the tread area. It hasn’t made it into full production tires for a few reasons: 1. It’s overkill for 99.9% of riders; 2. The material is difficult to work with; and 3. It would increase the price of our tires” – Aaron Chamberlain, Assistant Marketing Manager at Maxxis.

He went on to say there aren’t currently any plans to offer ZK mountain bike tires in the aftermarket. What do you think, folks? How much extra would you pay for additional puncture protection underneath the tread?