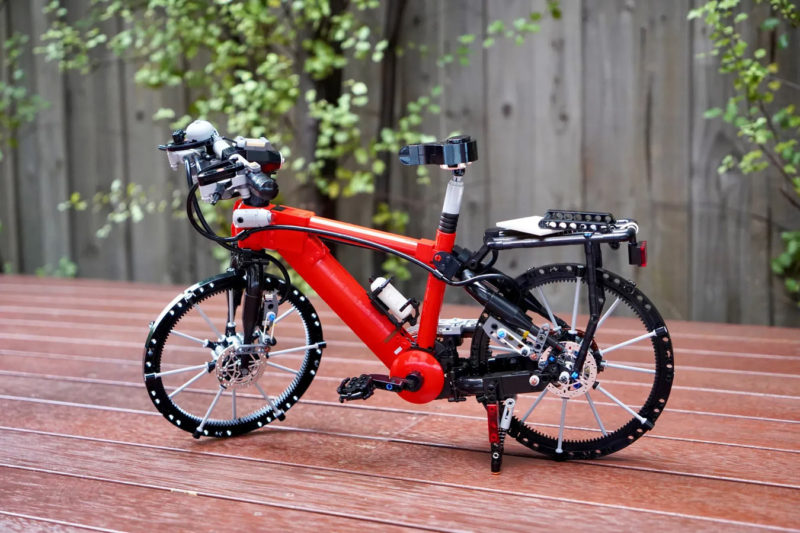 We’ve seen a lot of clever bicycle creations and stop-motion animations over the years, but nothing like this fully functional, working bicycle from builder SleepyCow.

Submitted to the LEGO Ideas website as a concept for a future set, it has working brakes, drivetrain, kickstand, and even a rear rack with clamp. And a whole lot more, take a look:

The build uses 999 bricks, designed to recreate every function of a modern (albiet singlespeed) bicycle. Their list of features is: 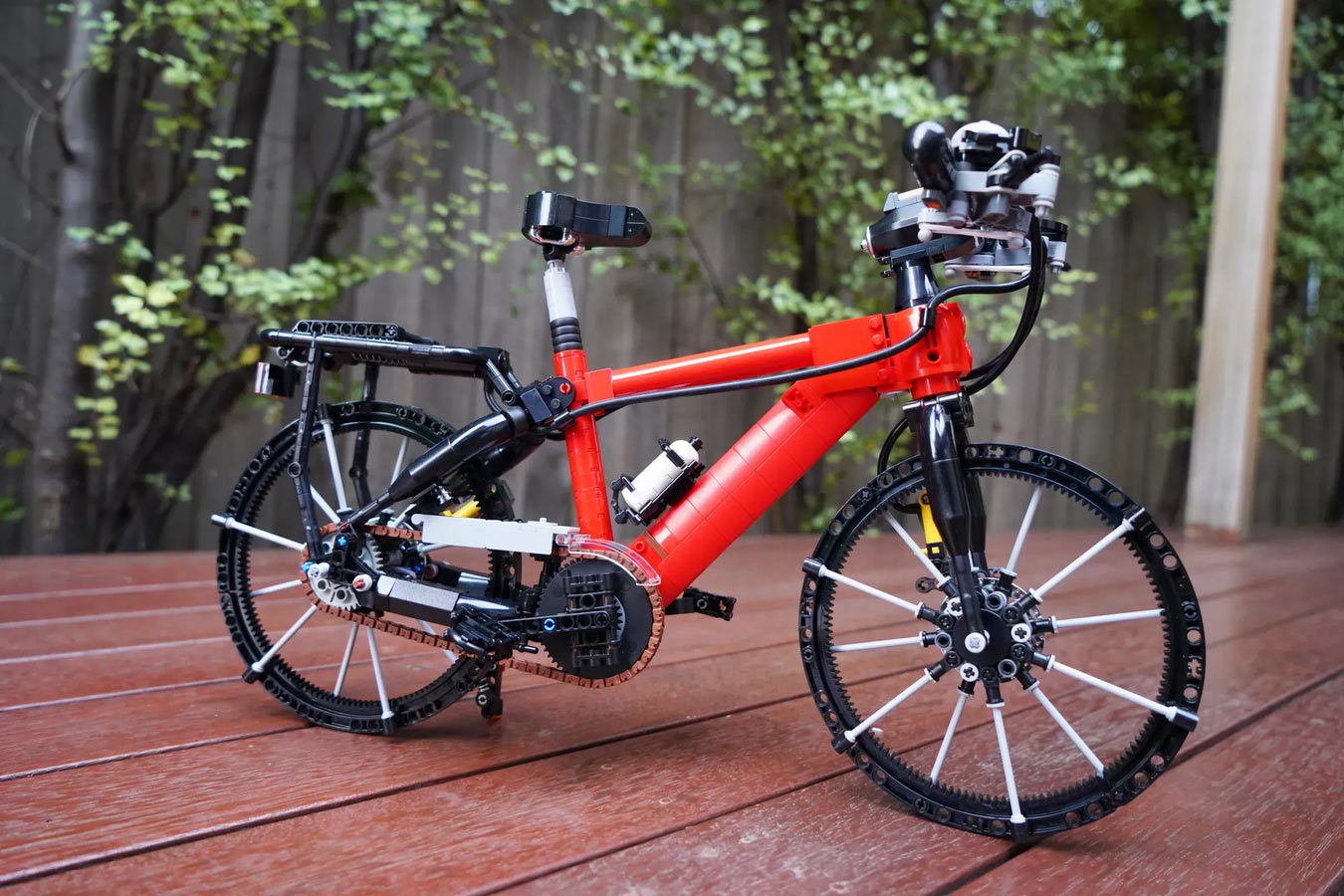 All LEGO bicycle photos c. Sleepycow, via LEGO Ideas website…click the link below for more pics.

What’s impressive is that everything here is LEGO bricks, with a mix of Technics and traditional pieces. Having grown up building LEGO and with a son that makes some amazing “brickhead” characters, we can attest to the technical complexity of this build. 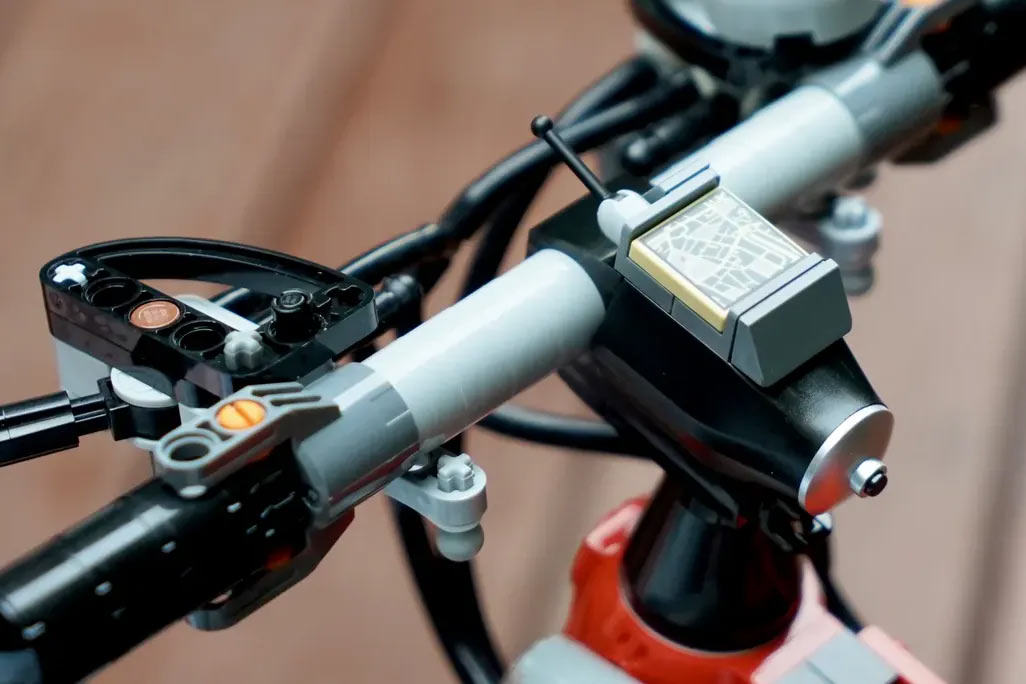 Small details like a GPS cycling computer and adjustable handlebar rotation really put this build above any other bike build we’ve seen. 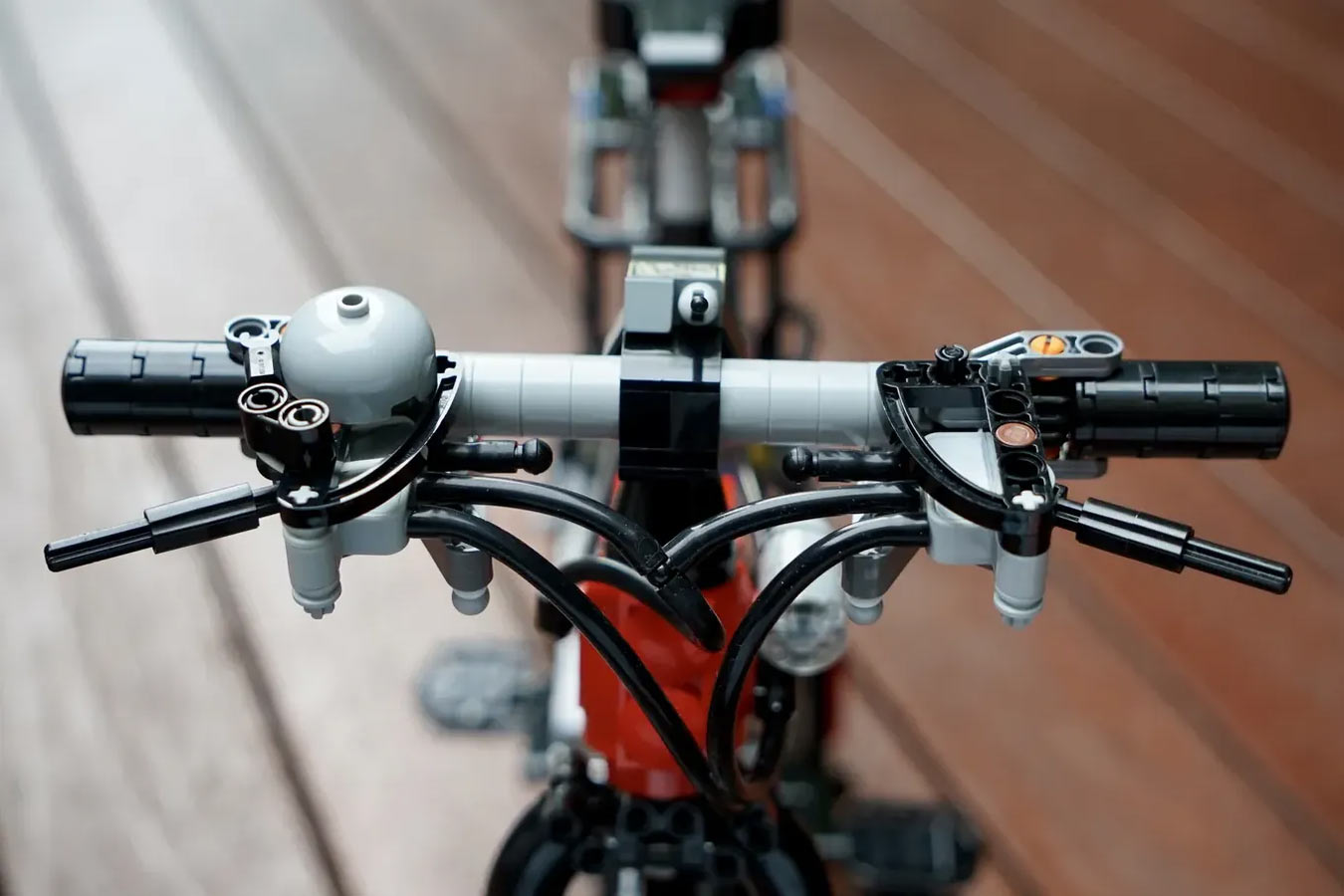 There’s even a working bell, but it’s the pneumatic brakes that push it to the next level: 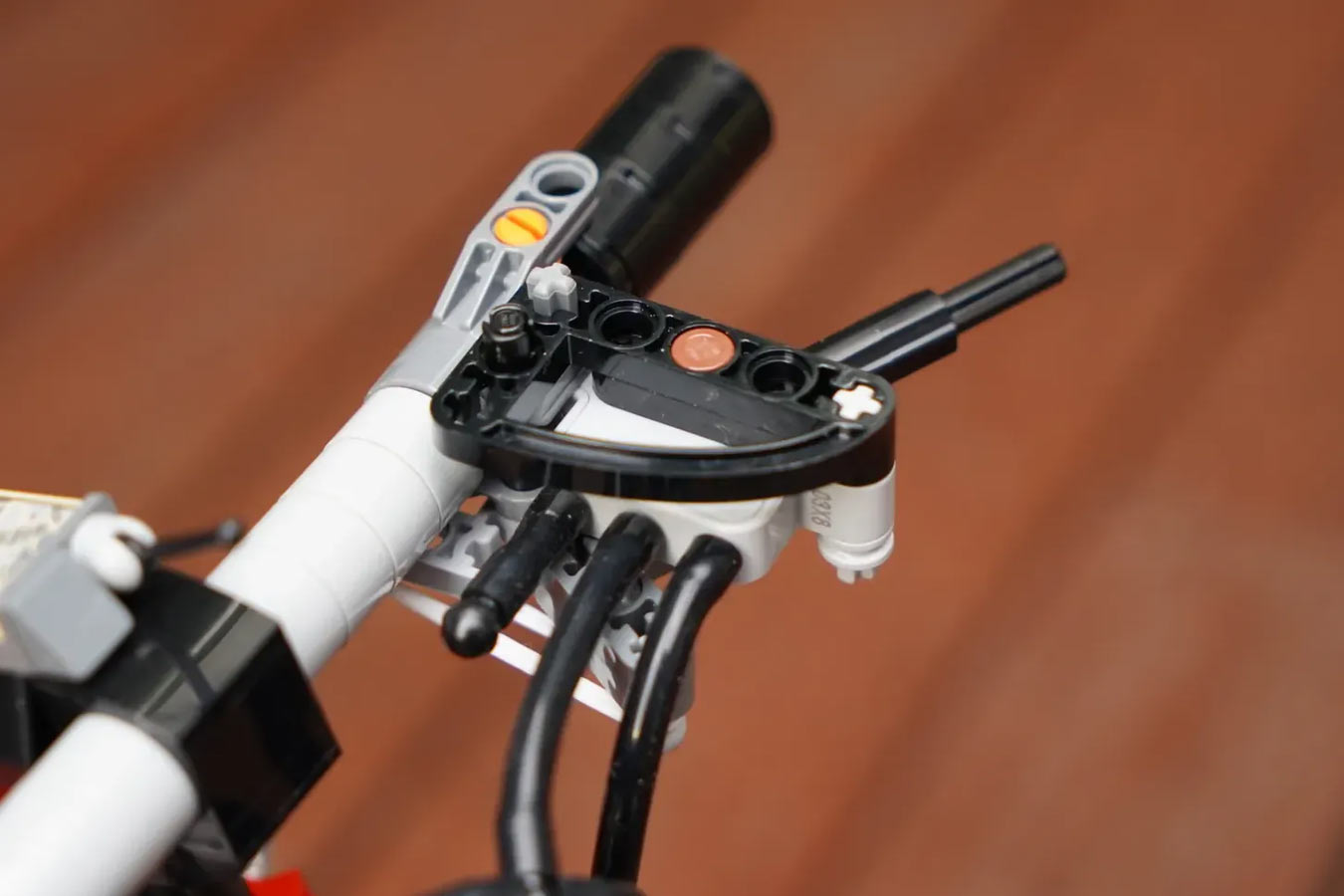 Several of LEGO’s Technics construction vehicle sets come with hydraulic parts that let you control cranes, claws, and other heavy equipment. This is a brilliant use of them to move a lever onto the brake rotor.

Sure, it’s not clamping the rotor like traditional brakes would, but it works, with simple rubber bands to retract the brakes as the lever is released. 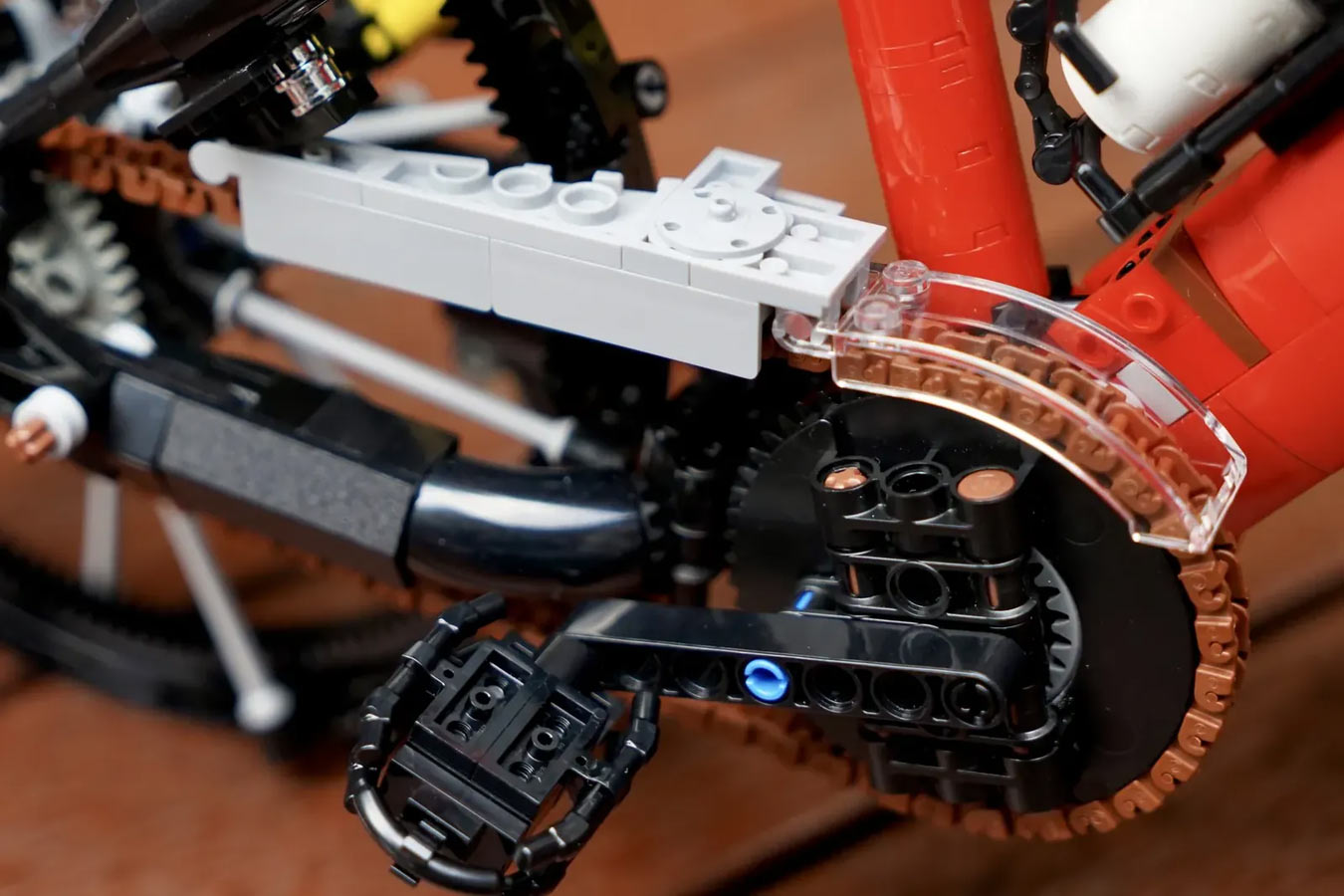 Check out the LEGO Bicyle submission on LEGO Ideas and give it a vote! 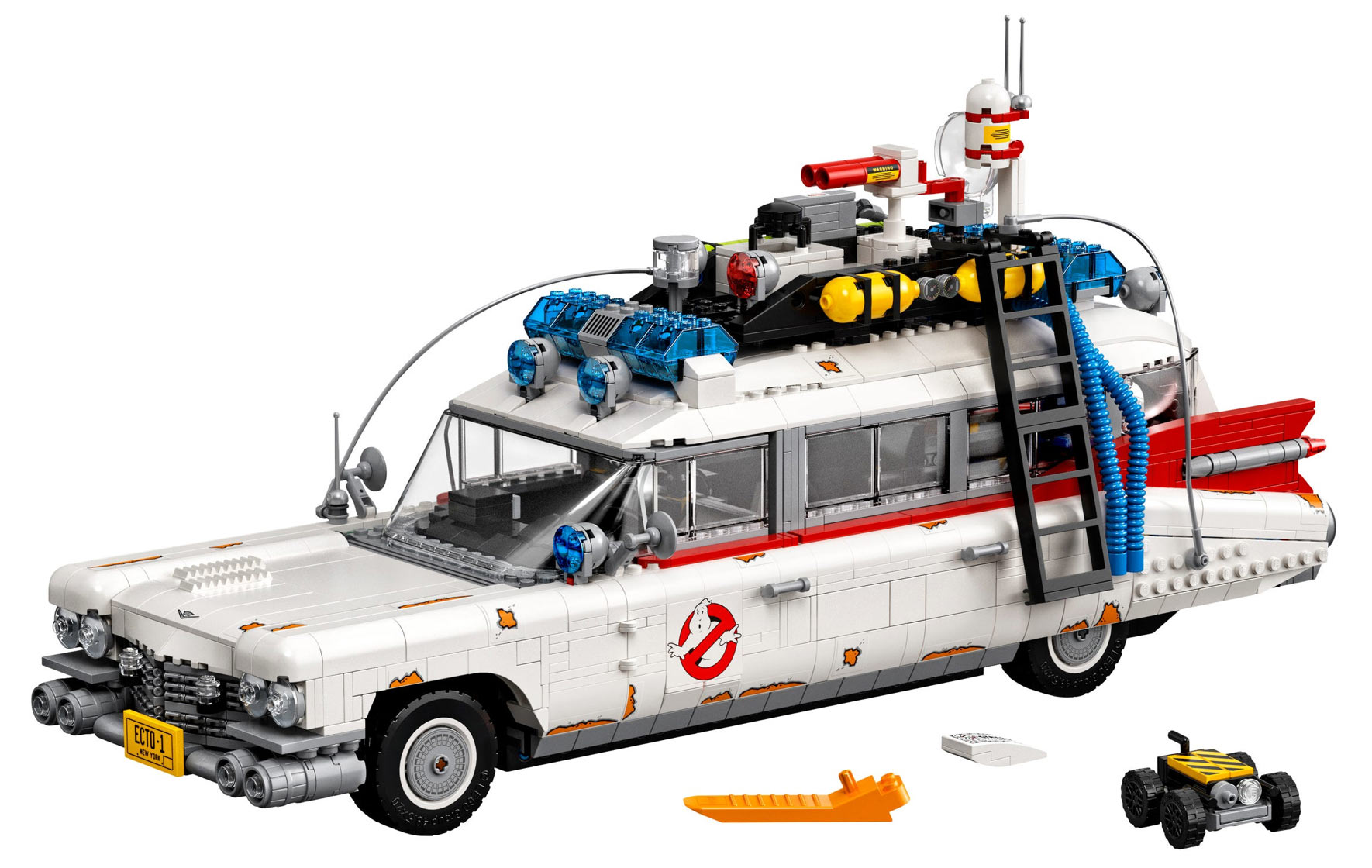 Actually, quite a few. More than 30 sets have been take from brick fan concept to commercially available LEGO set. Some of the more recognizable ones include the Ghostbusters ECTO-1 and Caterham Super Seven vehicles (though it’s worth comparing the original Idea submission to the final product on the latter).

A lot of sets are based off pop culture, like Sesame Street, Voltron, The Big Bang Theory, Doctor Who, and most recently, the Seinfeld apartment. But some of the most technically interesting are original ideas, like this typewriter from Steve Guinness: 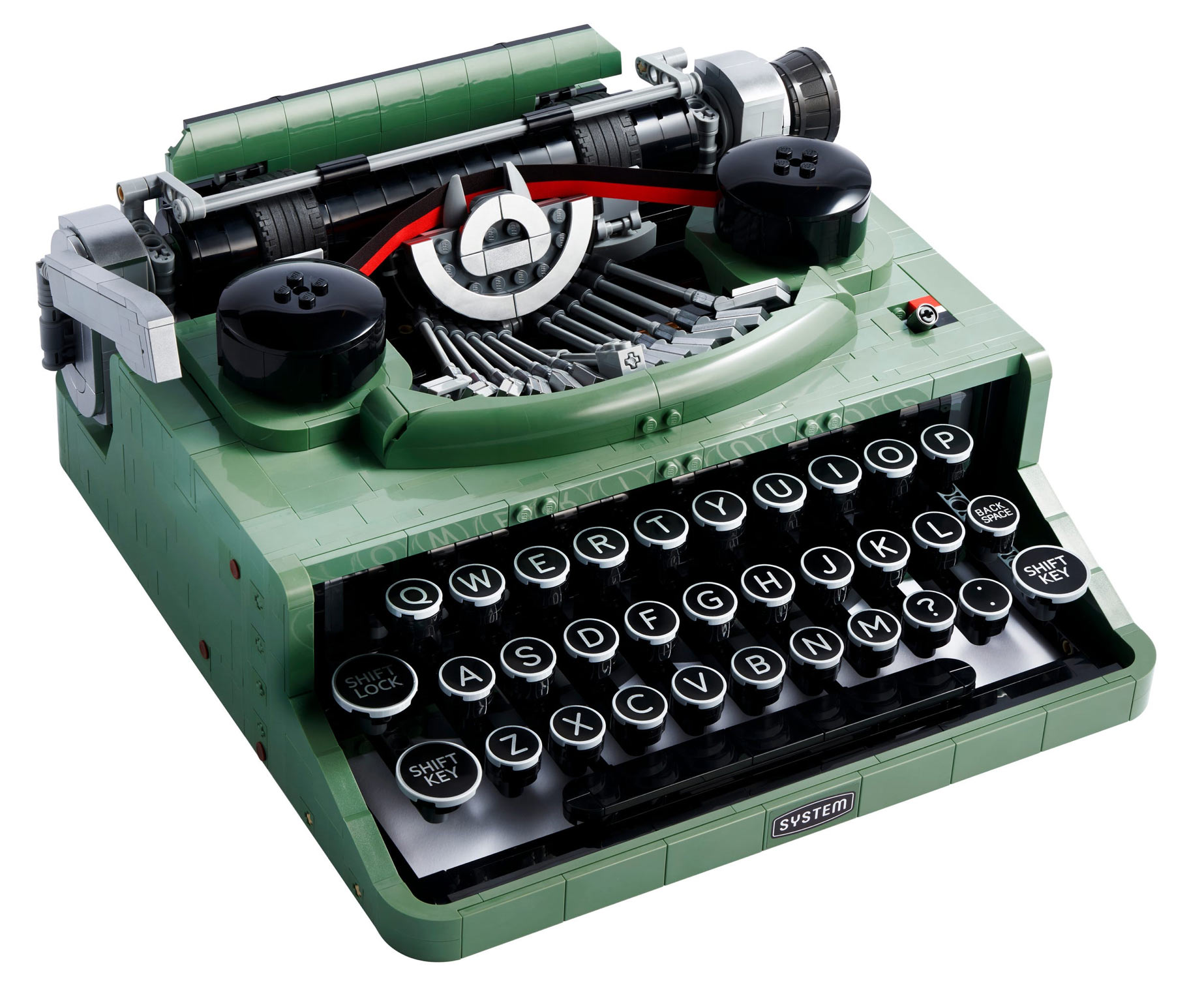 Have you made any killer bicycle-related creations from LEGO (or any other medium)? Send us pics and details!