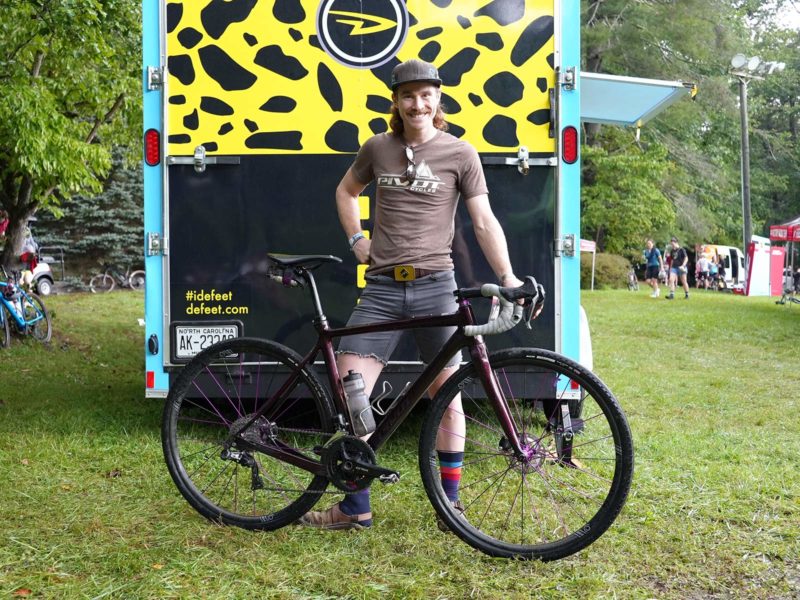 While he just missed the podium with a finish time of 5h 2m 21s, it’s not because Gordon Wadsworth isn’t familiar with the terrain. Based just outside Roanoke, VA, the singlespeed mountain bike racer is used to the hot, humid air and dense forest cover of the Blue Ridge Mountains…exactly what we faced at the NC Belgian Waffle Ride.

He had gears for this one (a smart move considering the nearly 10k feet of climbing over ~97 miles) and a few other, um, accessories worth a look… 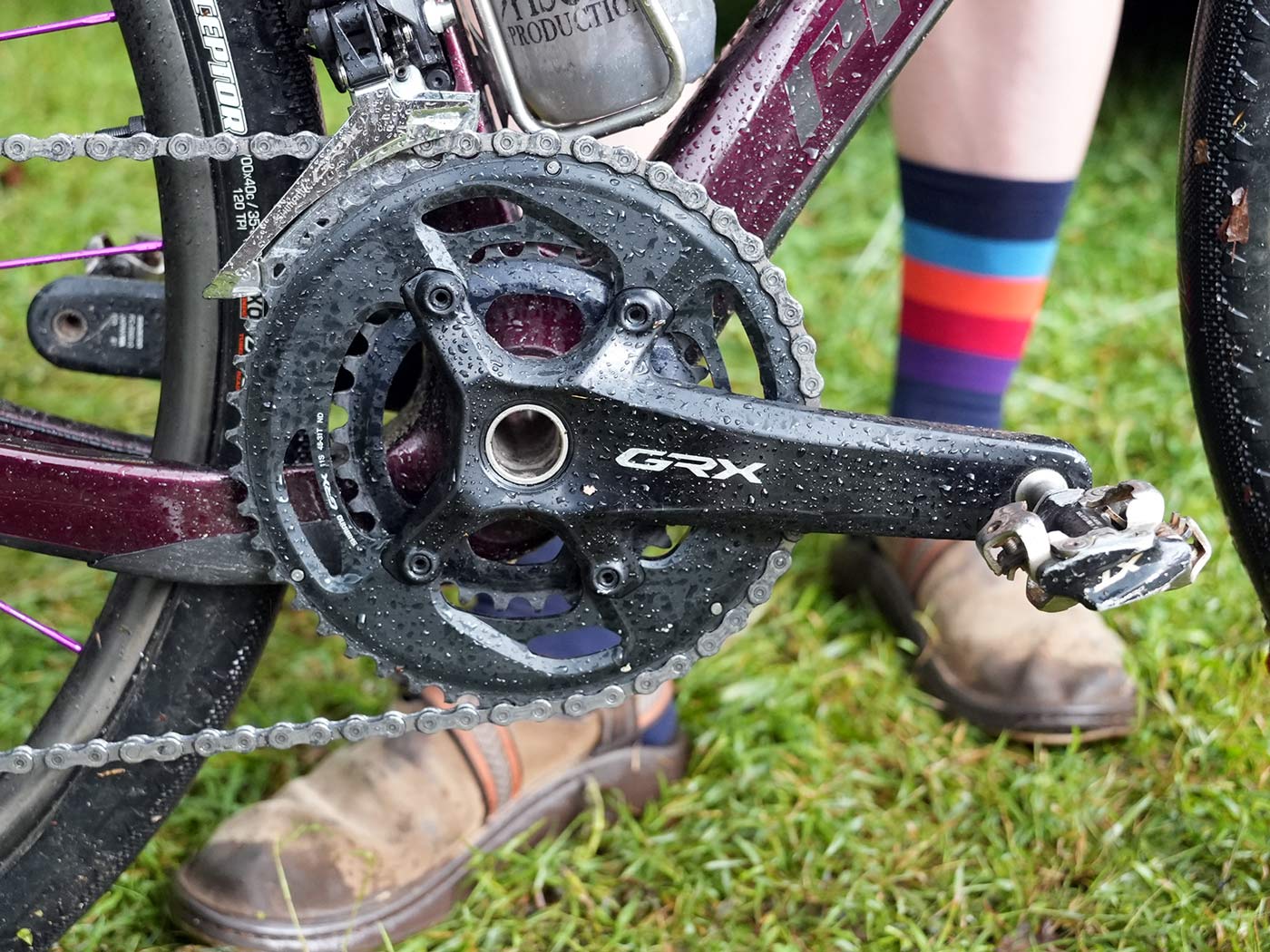 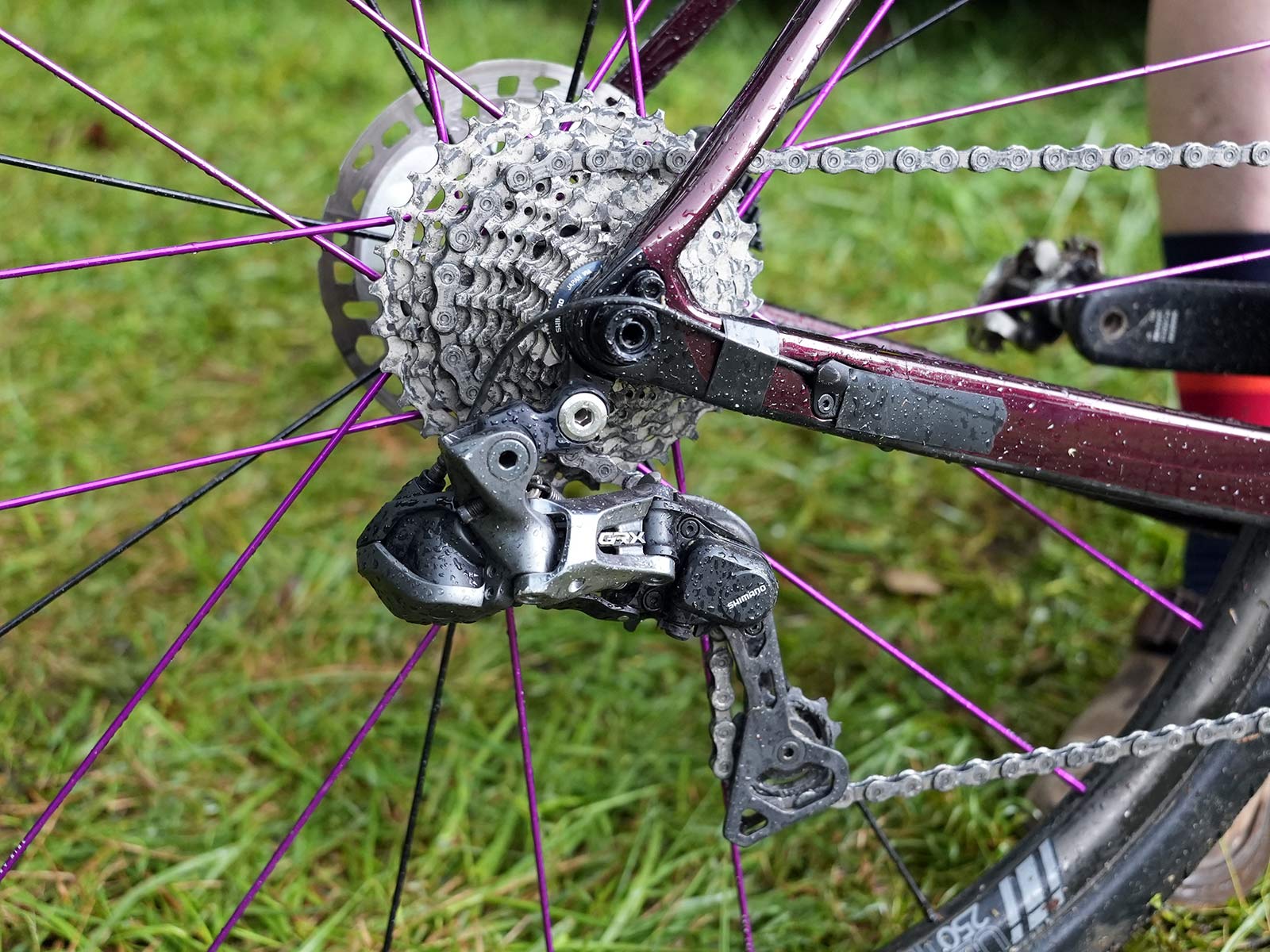 …with GRX Di2 derailleurs shifting across an Ultegra 11-32 cassette. Note the electrical tape to smooth over the cable port and keep the shift wire running tight against the frame. 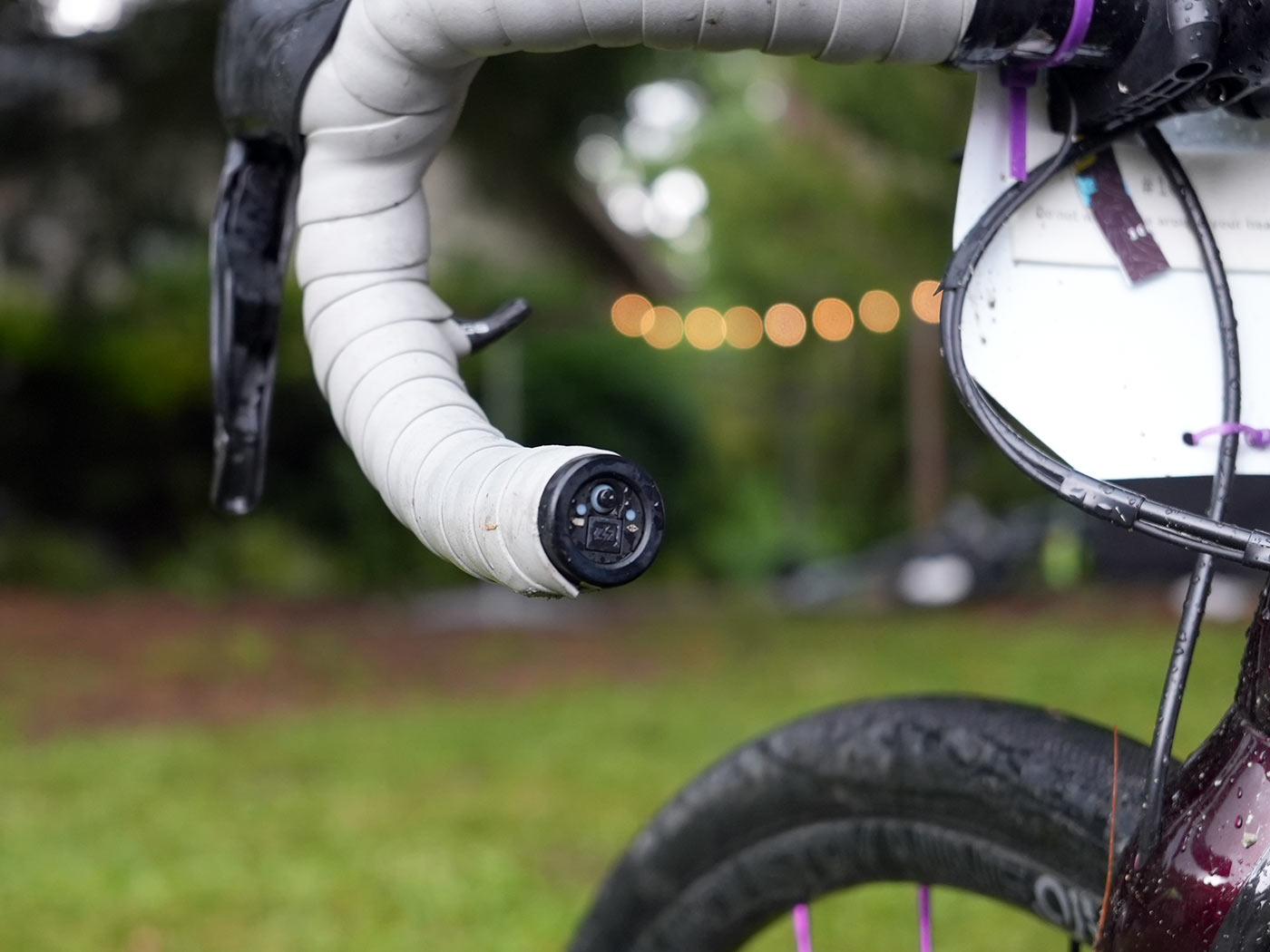 He also uses electrical tape to keep that wire running alongside the rear brake hose until it dips into the frame. The Di2 junction box and charging port is plugged into the handlebar end.

He’s running TOGS Road thumb rests for a more secure grip when in the drops, and actually wrapped the tape around them differently on either side to see what worked best. 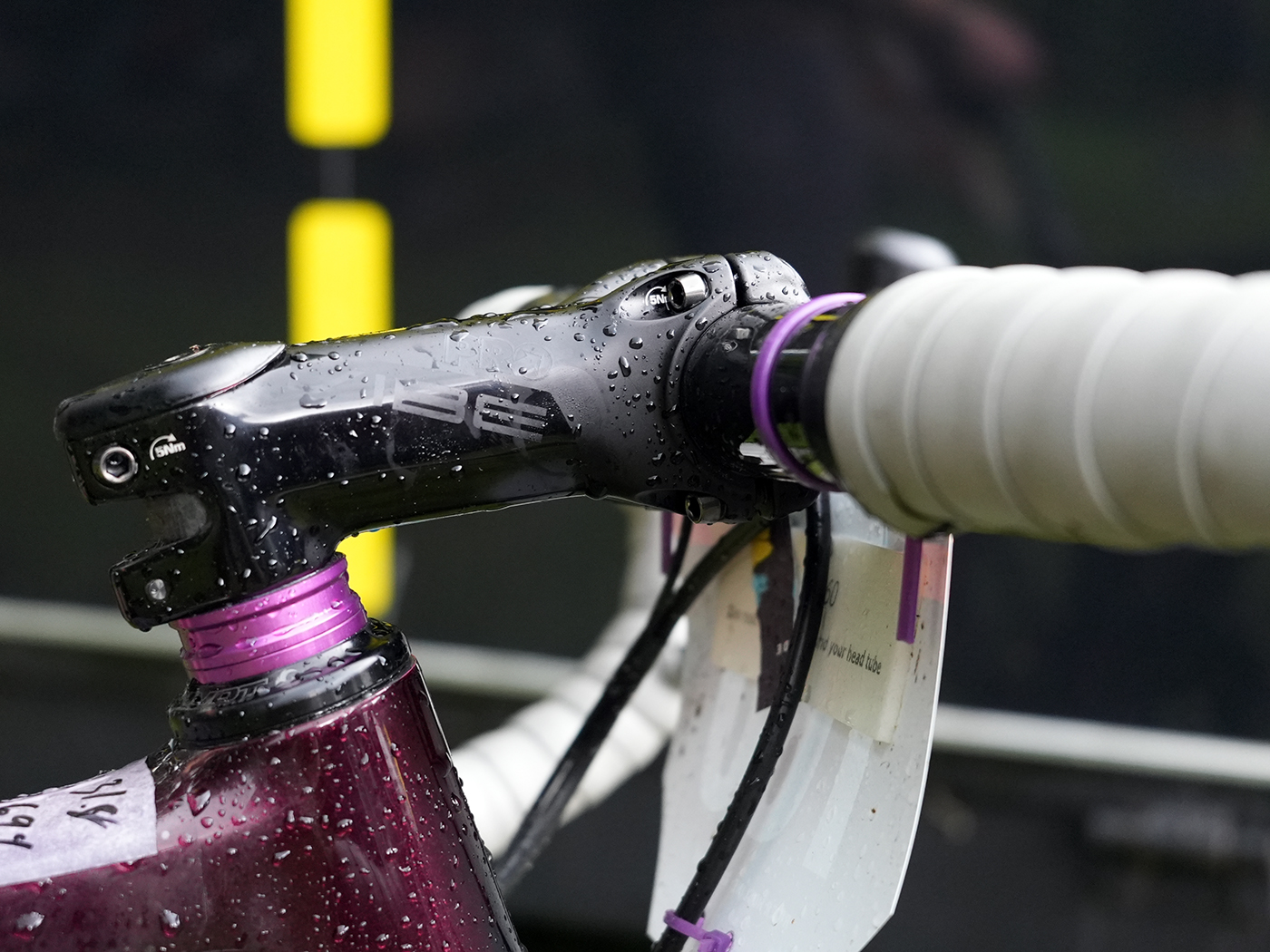 The cockpit is all Shimano PRO, with a Vibe stem and seatpost, and alloy handlebar. And, naturally, as a “pro”, his ESI handlebar tape is white. 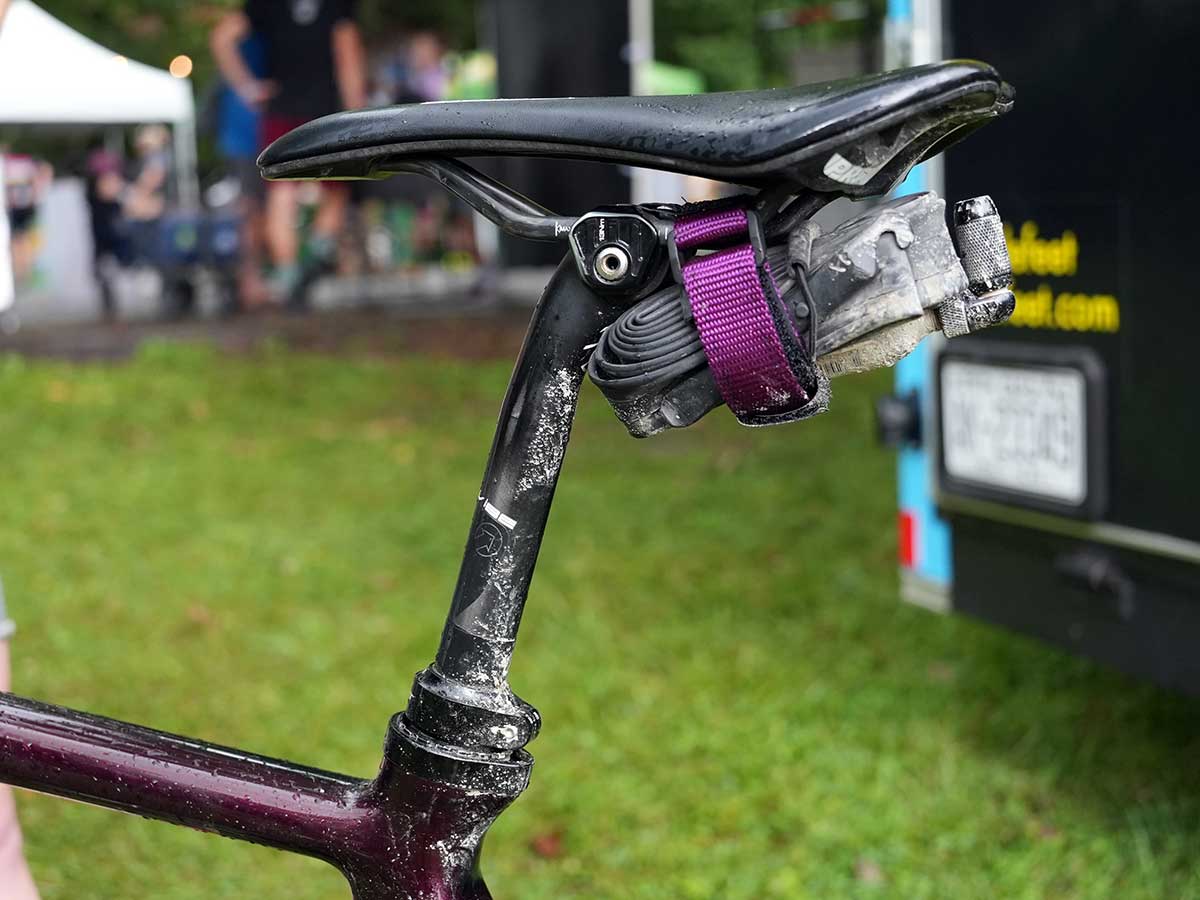 The PRO Turnix saddle with carbon rails holds a tube, tire lever, and CO2 canister with a Specialized chuck that he found at a race. He says he likes it because it never clogs with mud. All that is held in place with a Backcountry Research Race strap.

His mile markers were only for the aid stations. 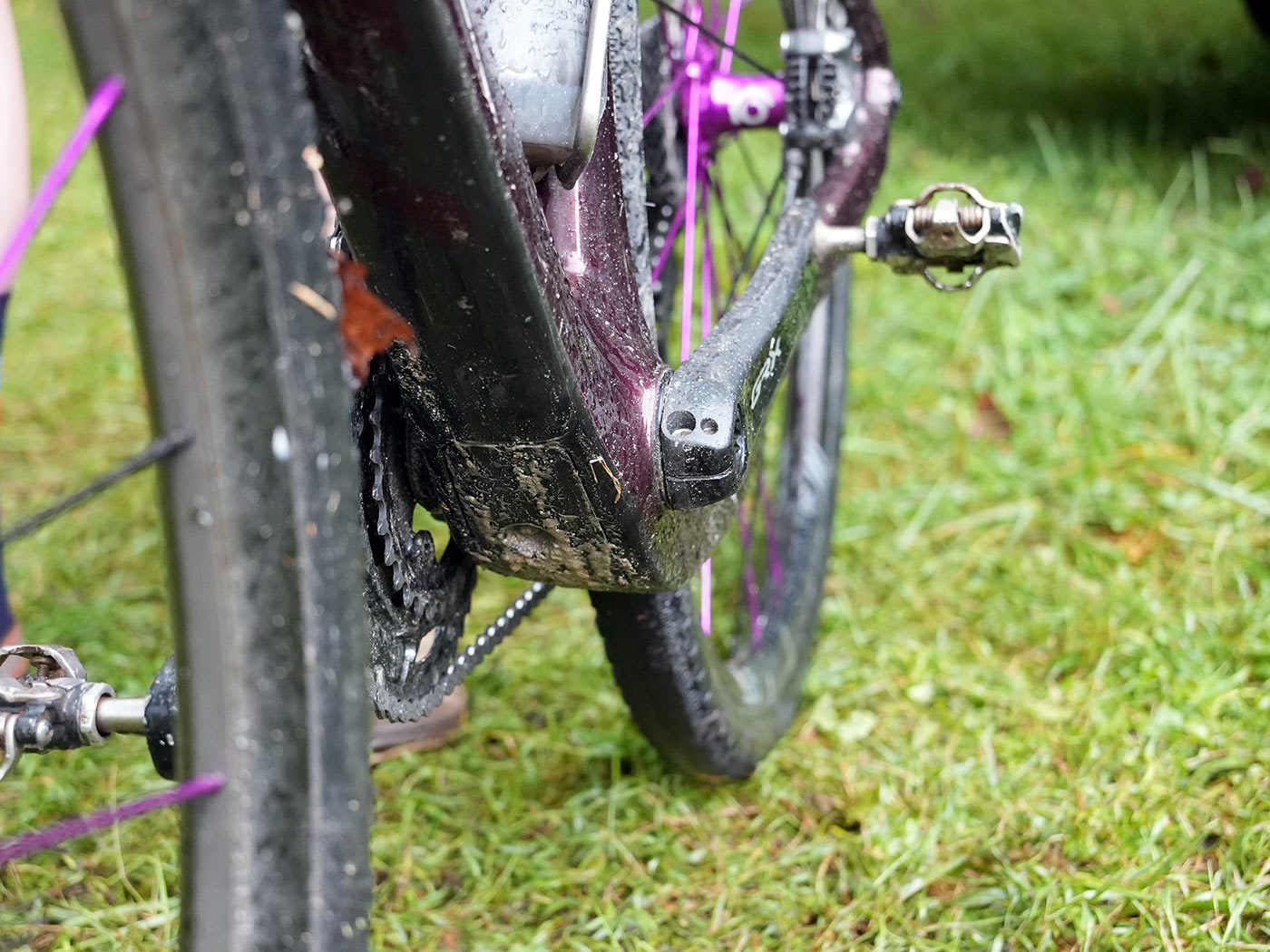 Gordon says he’s been running Kogel bottom brackets for years and loves them. Even though you can’t tell the brand from the outside, that’s what his cranks are spinning on. 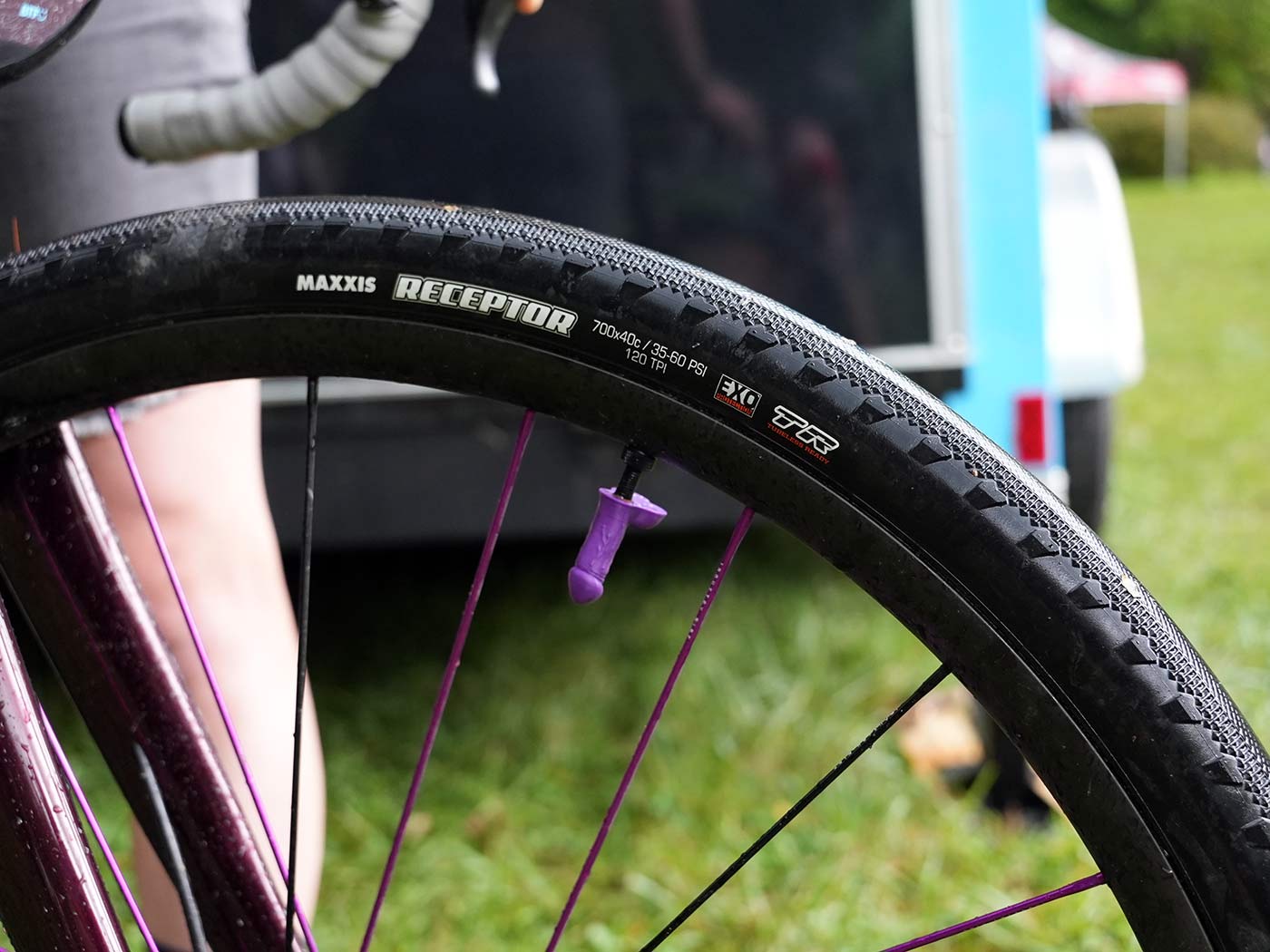 He ran Maxxis Receptor 700×40 tires, and that “lucky” valve stem cap…well, it was a gift from a NICA racer. Because, high school kids. 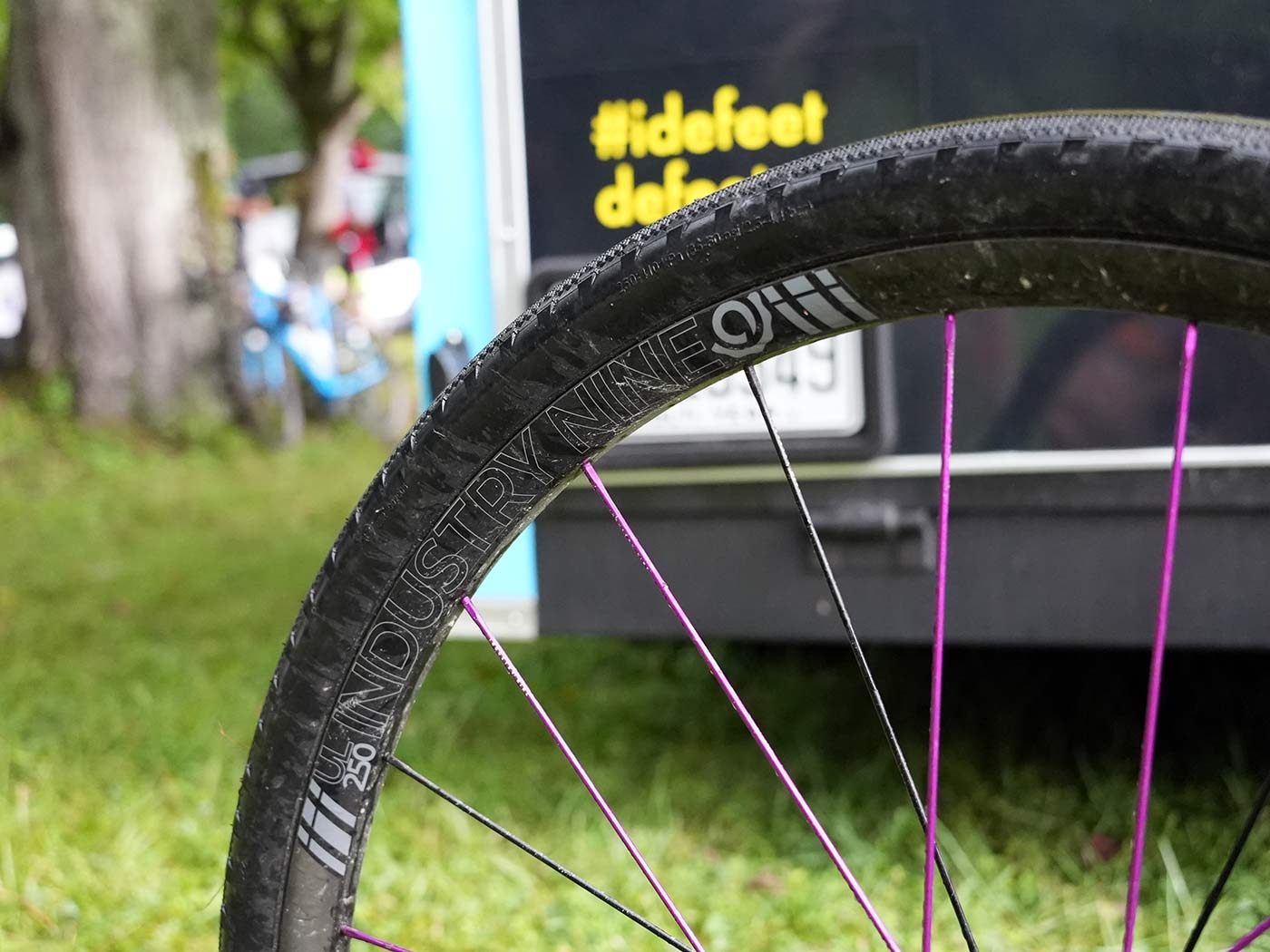 Wheels are Industry Nine UL250 TRA…but Gordon says there’s something about them we’re not supposed to know about yet.

The hubs look like the current generation I9, and they’re still 24 spoke count, so whatever it is must be hiding inside…

Both front and rear brake rotors are 140mm, which is a bit of a departure from the norm. Pretty much every bike is spec’d with 160mm rotors for more powerful braking performance. But Gordon says he gets plenty of power from these, and they’re lighter. 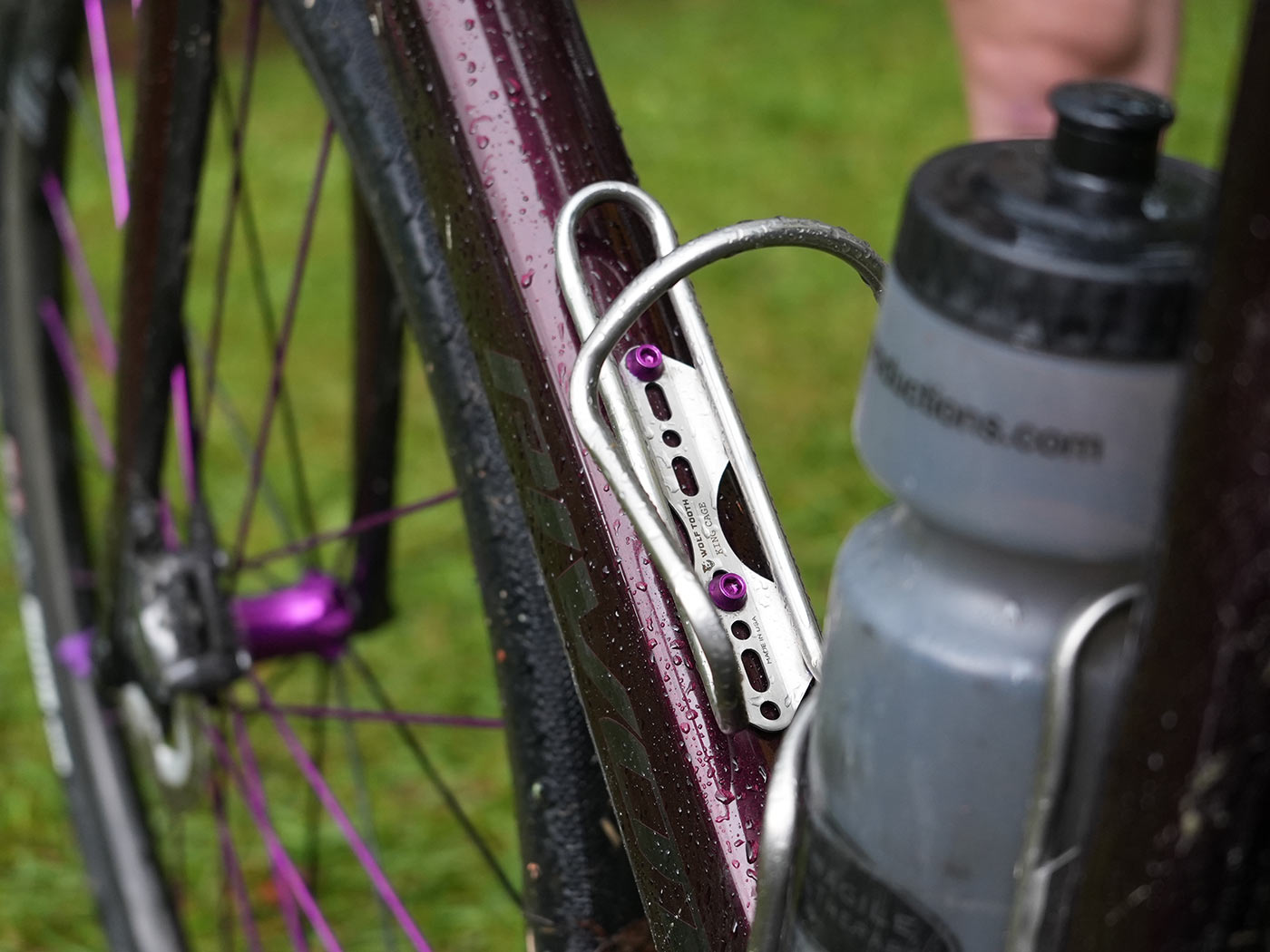 The finishing touches on his very maroonish-purple bike, which he loving calls “Sinnamon”, are the purple anodized bolts and Wolf Tooth Components headset spacers. The bottle cages are WTC Morse Cages, which lets him mount them really low to fit a short frame bag inside the front triangle for longer events.