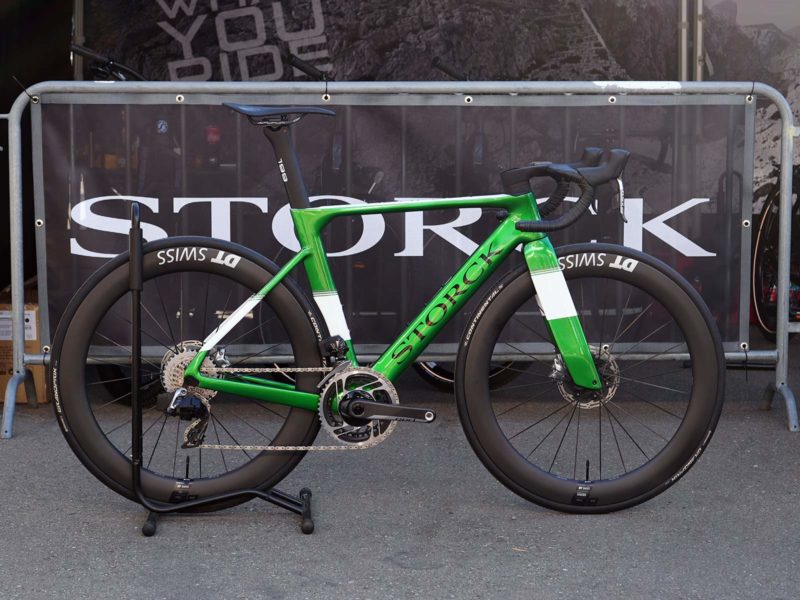 The all0-new Storck Aerfast4 aero road bike was developed in partnership with SwissSide, the aerodynamics firm employed by brands like DT Swiss and others to optimize drag reduction. The result is a road racing bike that, they say, achieved one of (if not the) lowest tested drag figures ever.

They accomplished this thanks to a complete integration of the design, starting with an all new, ultra deep fork… 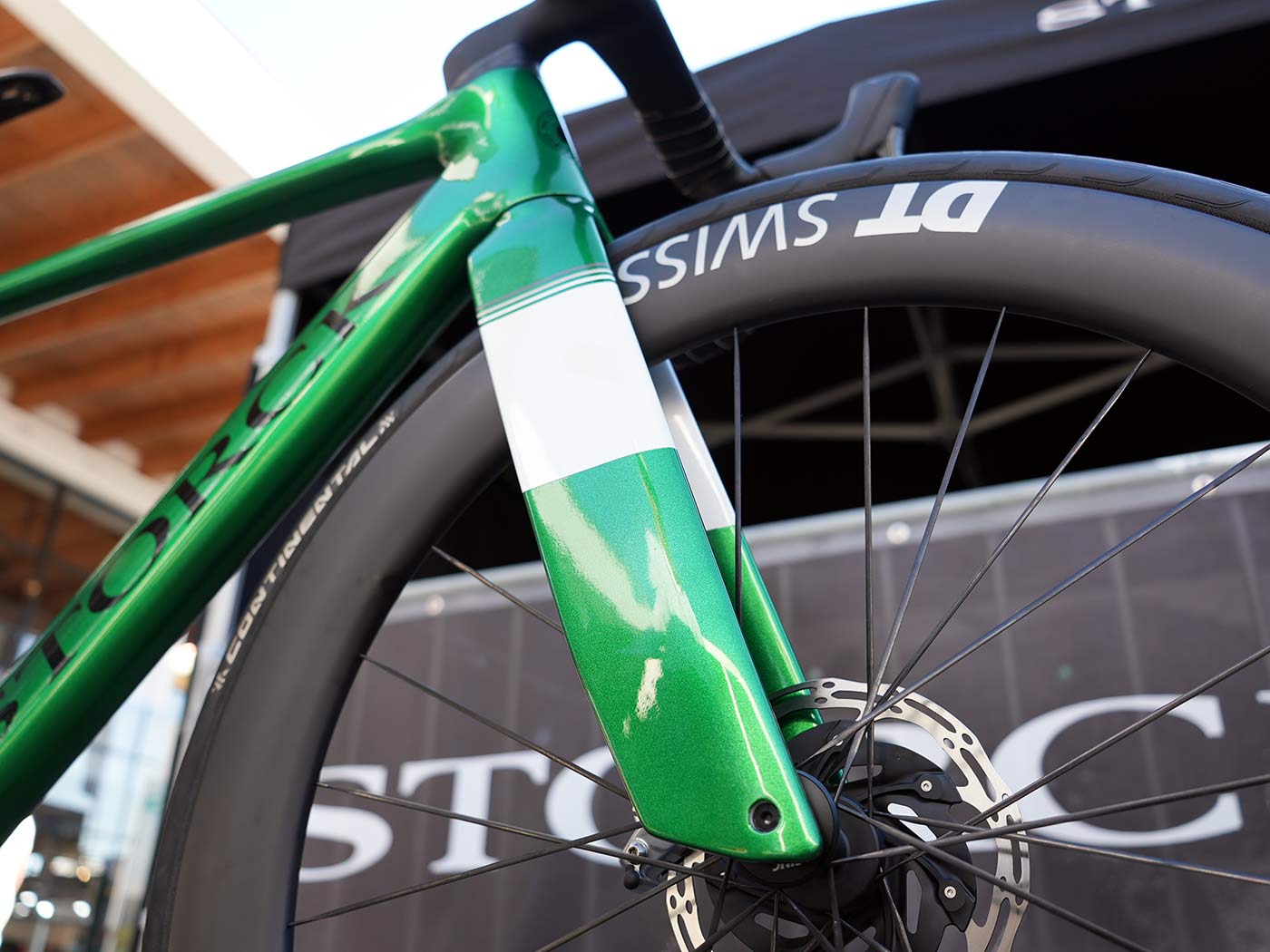 The new fork leads its charge through the wind with a narrow nose and truncated kamm tail end that’s up to 80mm deep at its longest point. 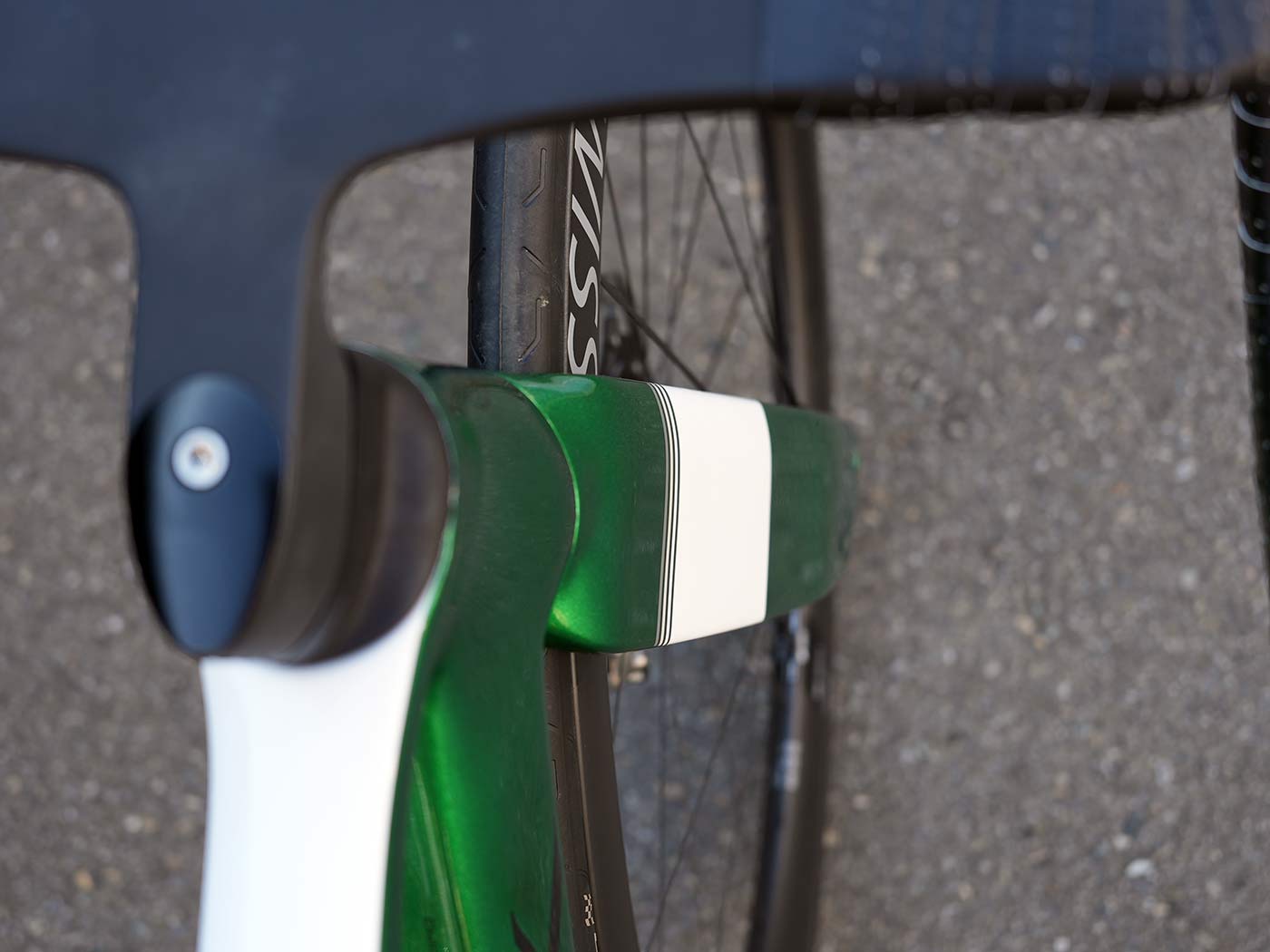 They say it’s right at the maximum width-to-depth ratio allowed by the UCI for competition, but that’s really just the start. 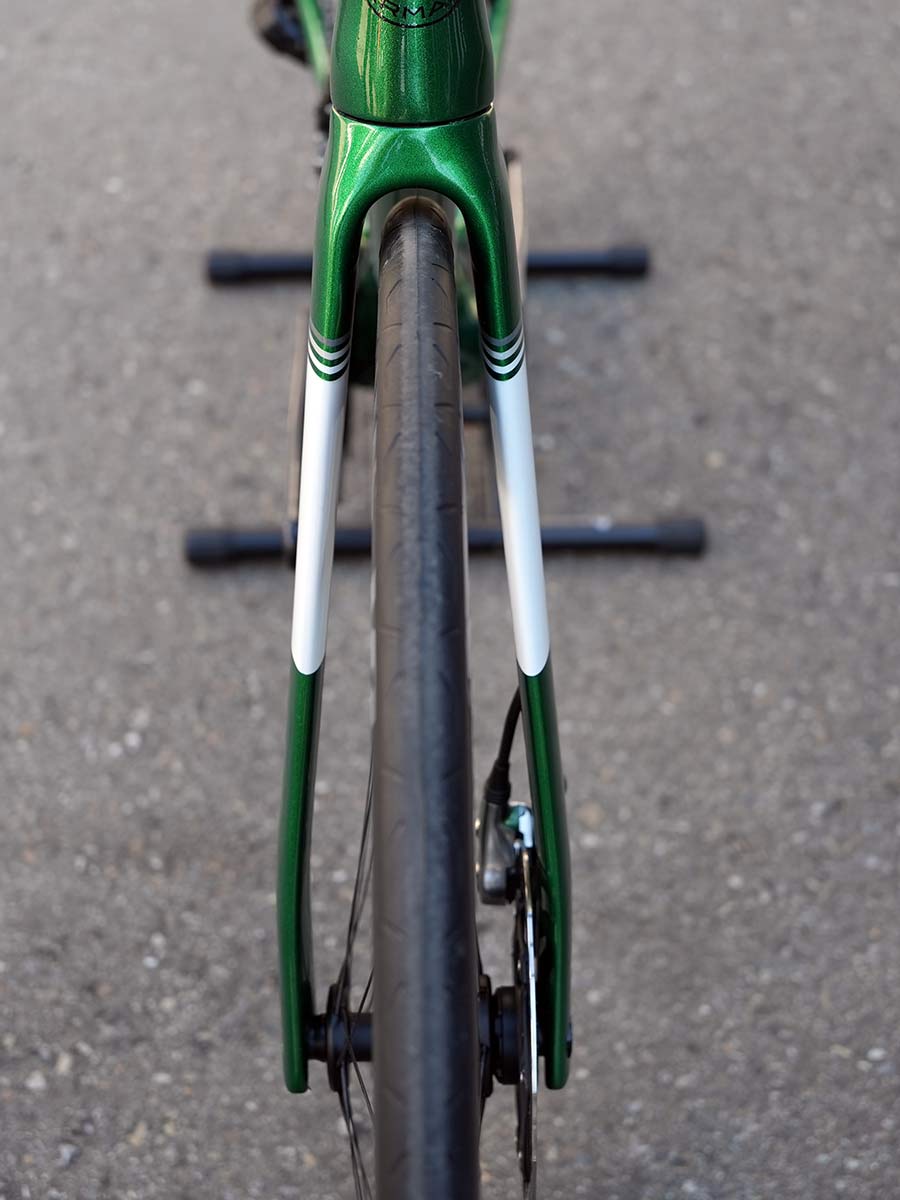 The front disc brake mount is integrated into the fork, so there are no exposed bolts or protrusions. 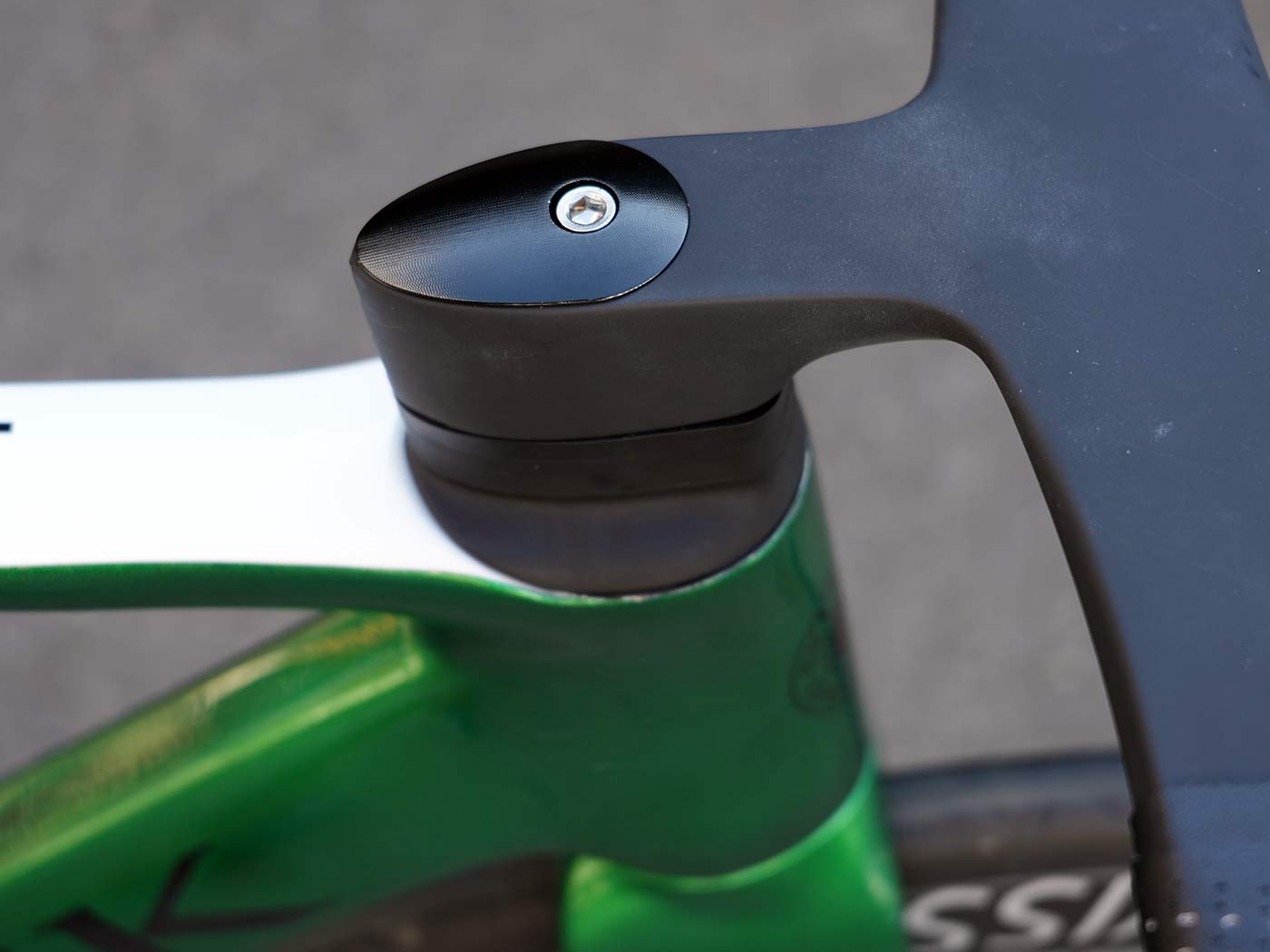 Up top is a new one-piece aero handlebar-stem combo that keeps all wires and hoses hidden inside, then fed directly into the head tube. 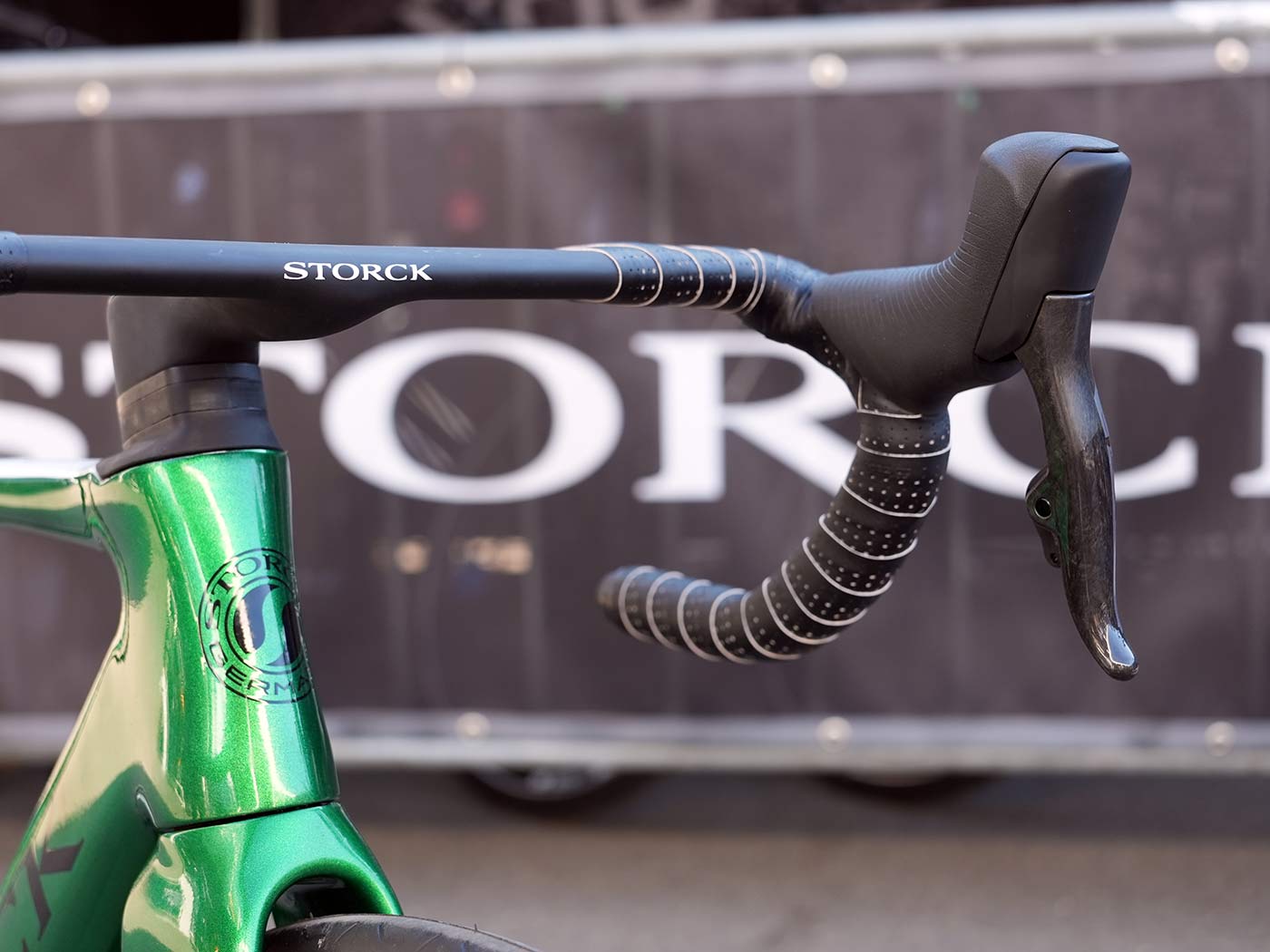 It’s slender, yet they shaped the drops to be very ergonomic no matter where you’re placing your hand. The section directly behind the brake lever is flat, then the ends are flat…there are few curved sections where you’re likely to rest your hands. 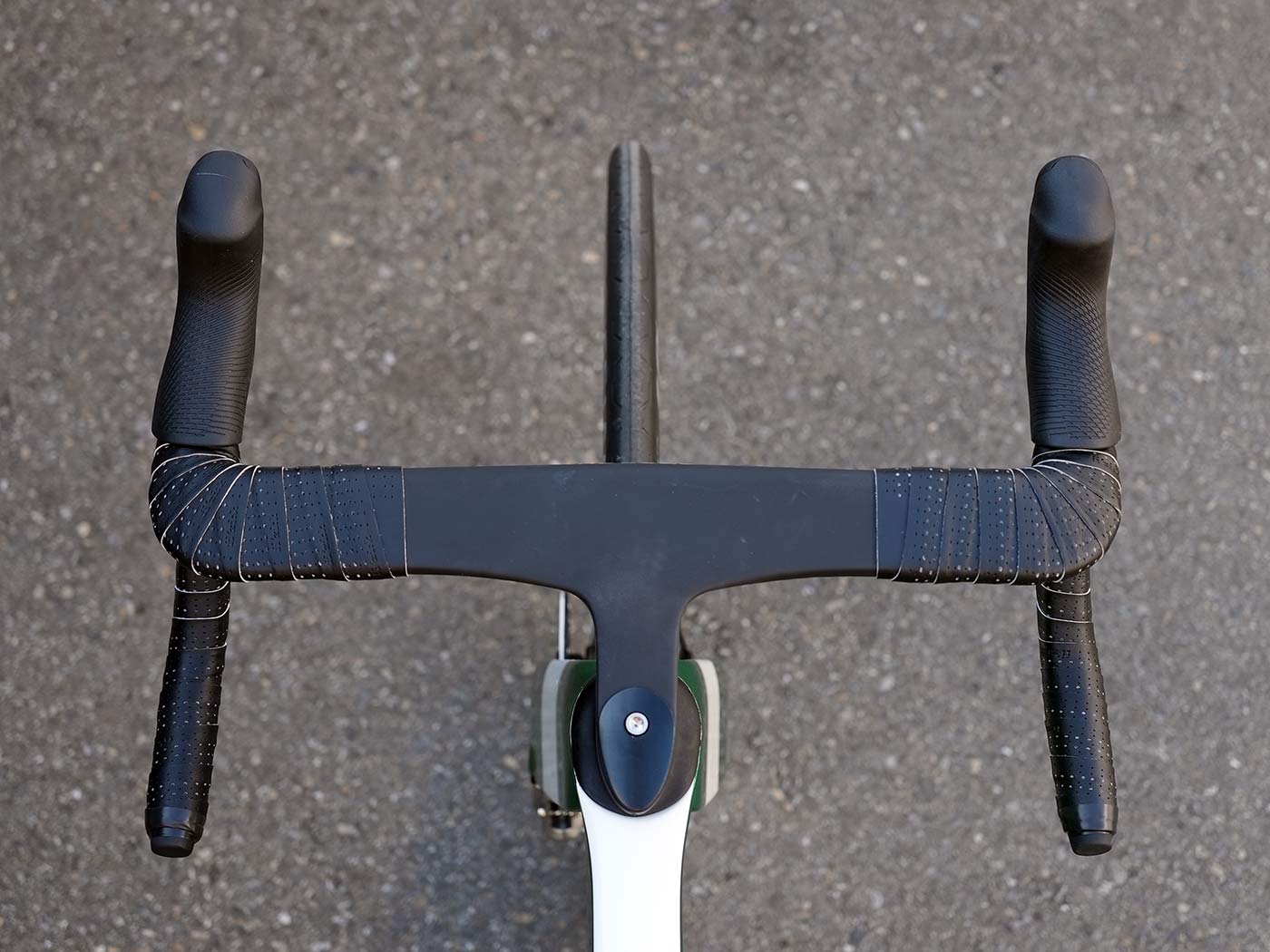 The tops are wide and flat, with a maximum platform all the way out to the corners. And, likely, a maximum width-to-depth ratio here, too.

The rest of the frame remains slender, too, helping air move off the back as efficiently as possible. They say it’s comfortable, as well, not sacrificing all compliance for the sake of speed. Complete bikes start at €5,299, available with DT Swiss wheels and your choice of SRAM Red/Rival AXS or Shimano Dura-Ace/Ultegra 2×12 groups. 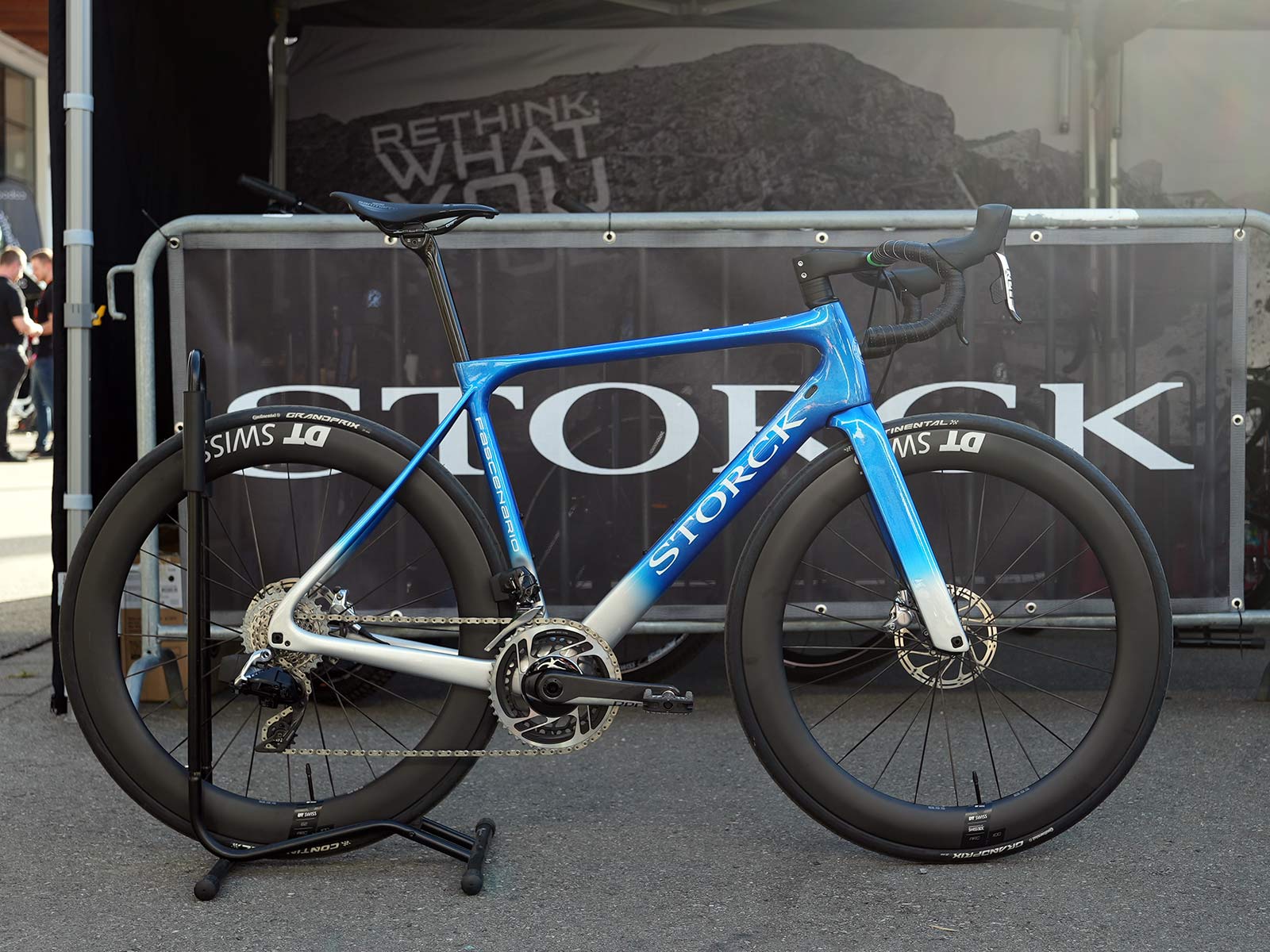 For the all around rider, the Fascenario uses a round seatpost and slightly curved seatstays to make it more comfortable on the long days, yet still light with complete bikes as low as 7.2kg (15.87lb). 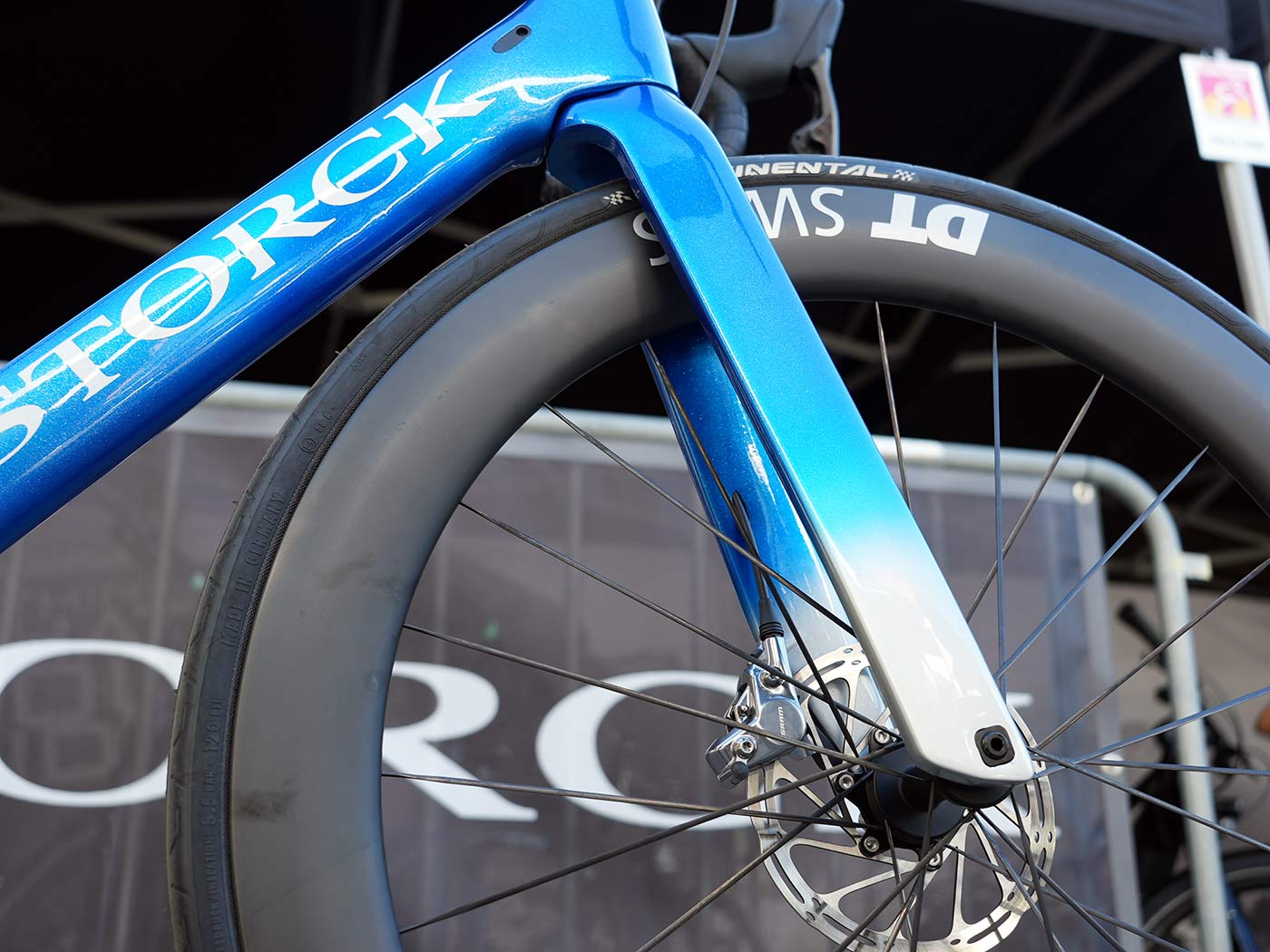 But, it does take some aerodyamics from the Aerfast, borrowing a lot of the fork’s design to create a slightly less deep version. This one uses the same hidden brake mounts, but has a revised crown to tuck into this model’s downtube. 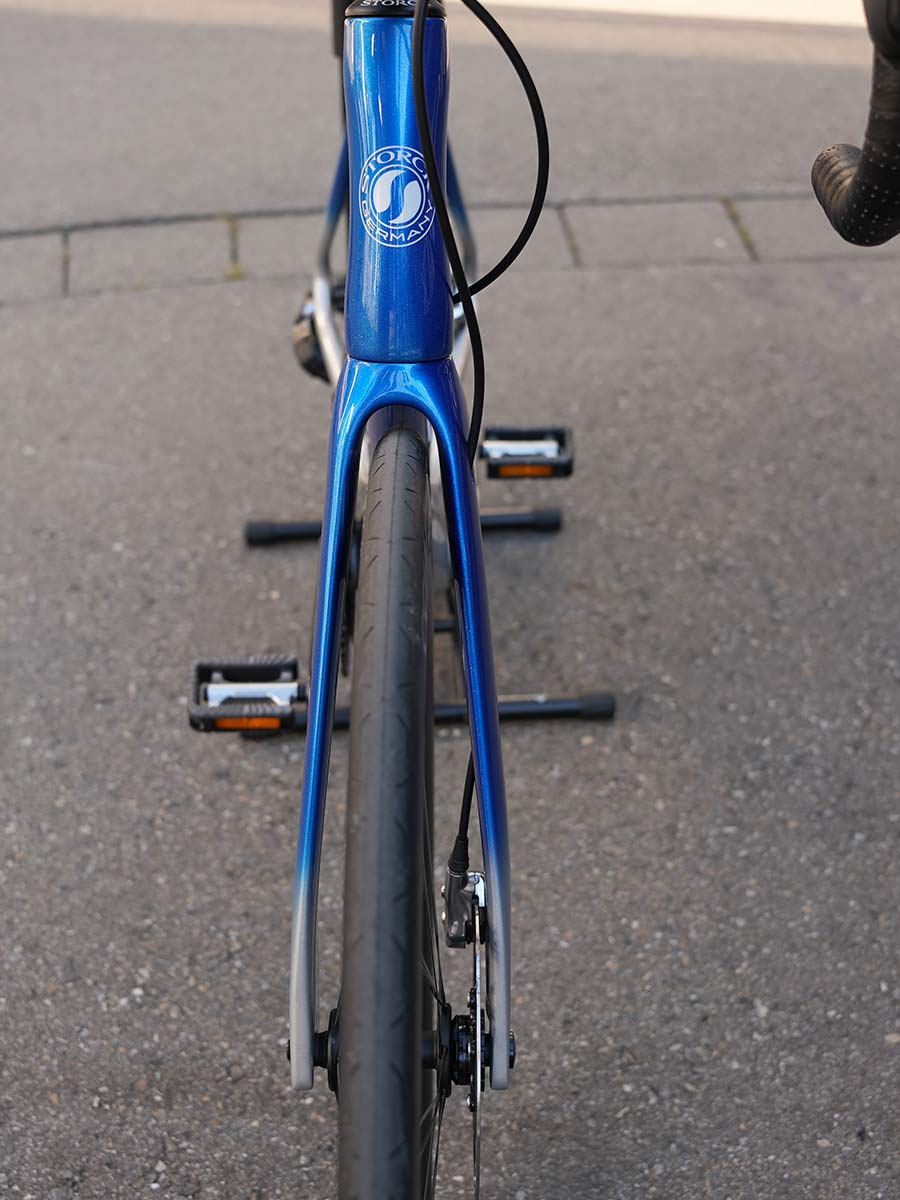 A slender front end and similar one-piece handlebar stem give it modern aerodynamics. Complete bikes from €4,999 with Ultegra mechanical groups, or upgrade to Ultegra/Dura-Ace Di2 groups or SRAM Red AXS. 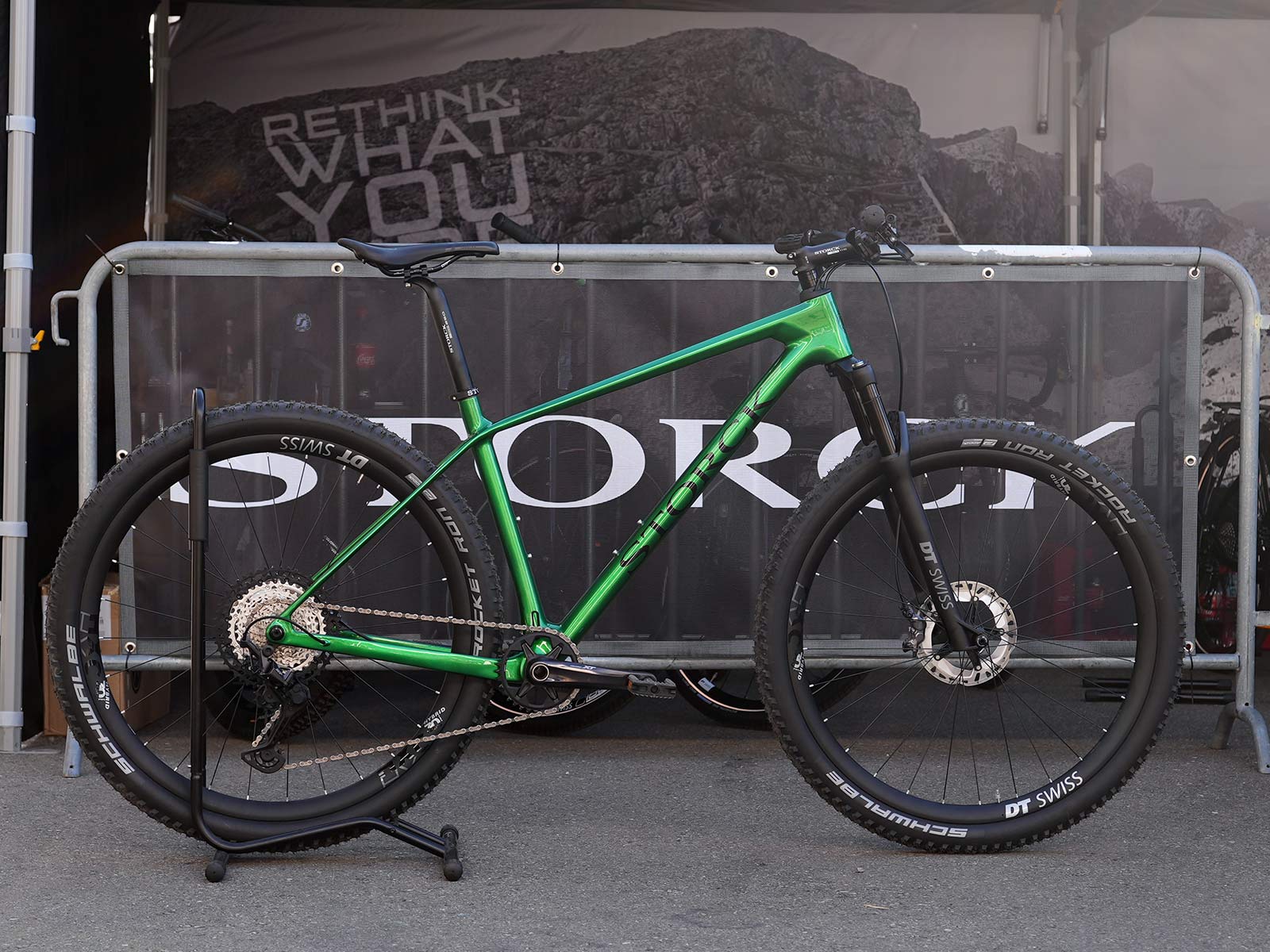 They’ve also updated their carbon fiber hardtail mountain bike, giving it a bit of flex in the chainstays to improve comfort, and hiding all cables and hoses inside the frame, straight from the head tube. 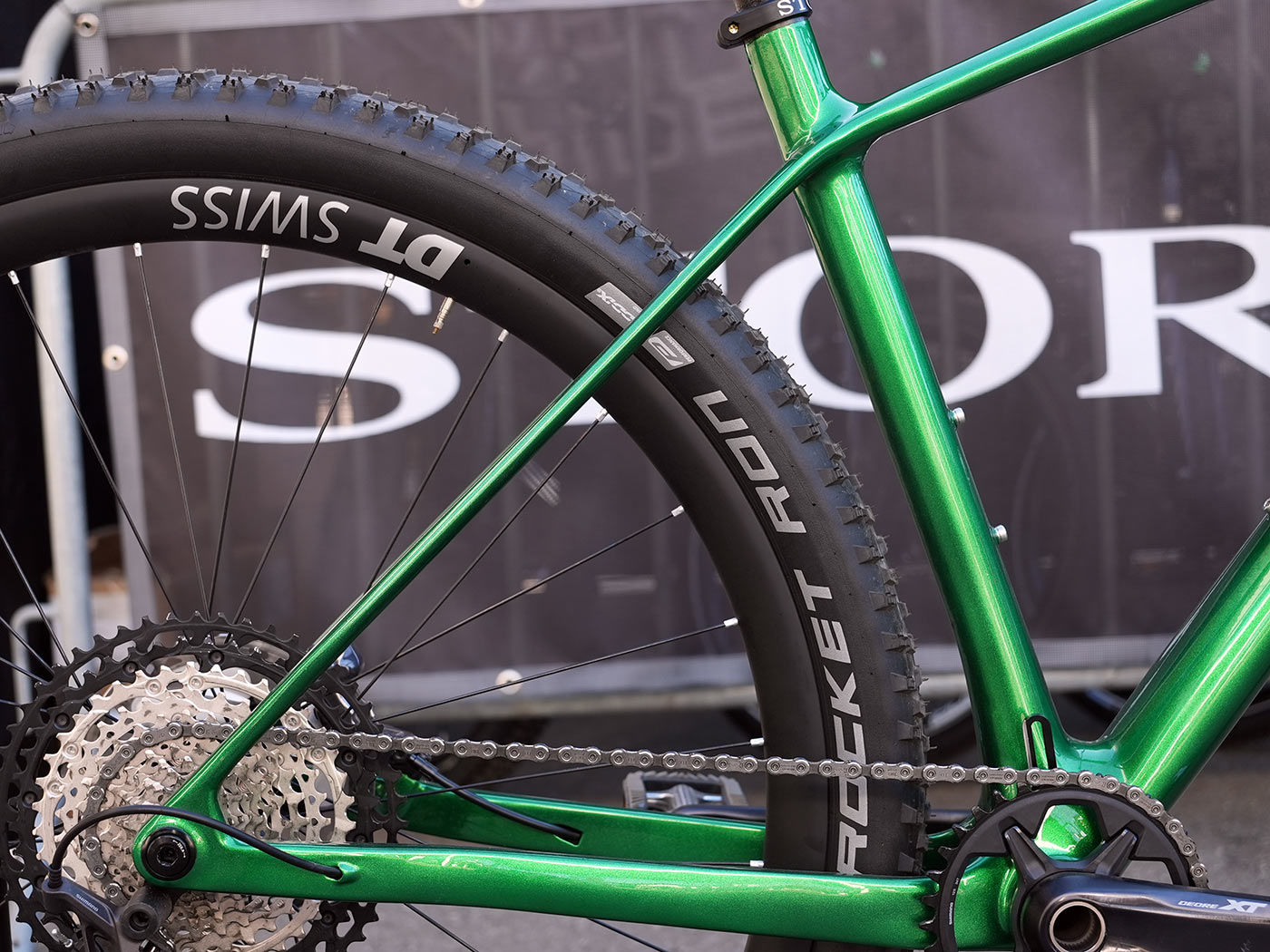 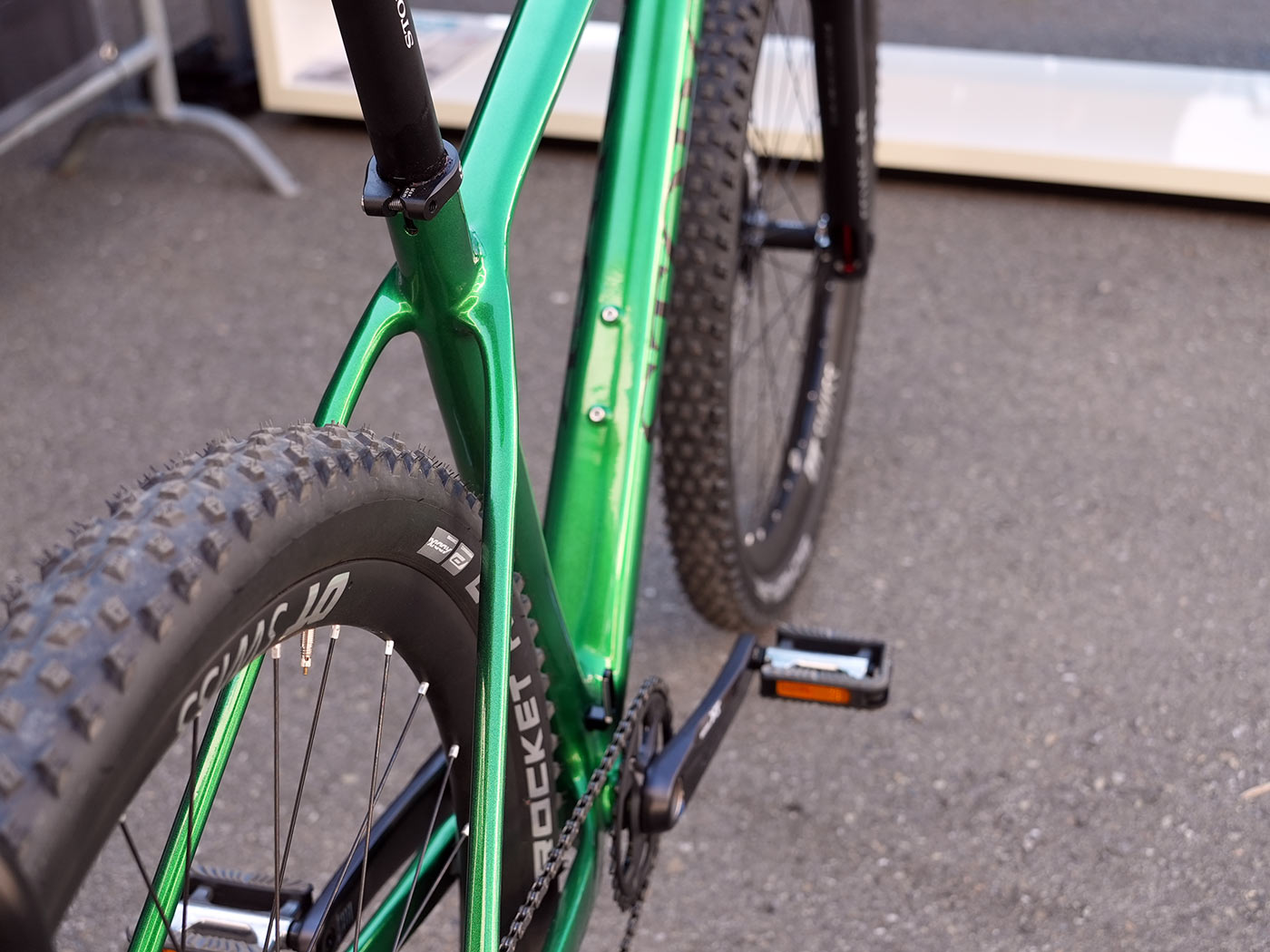 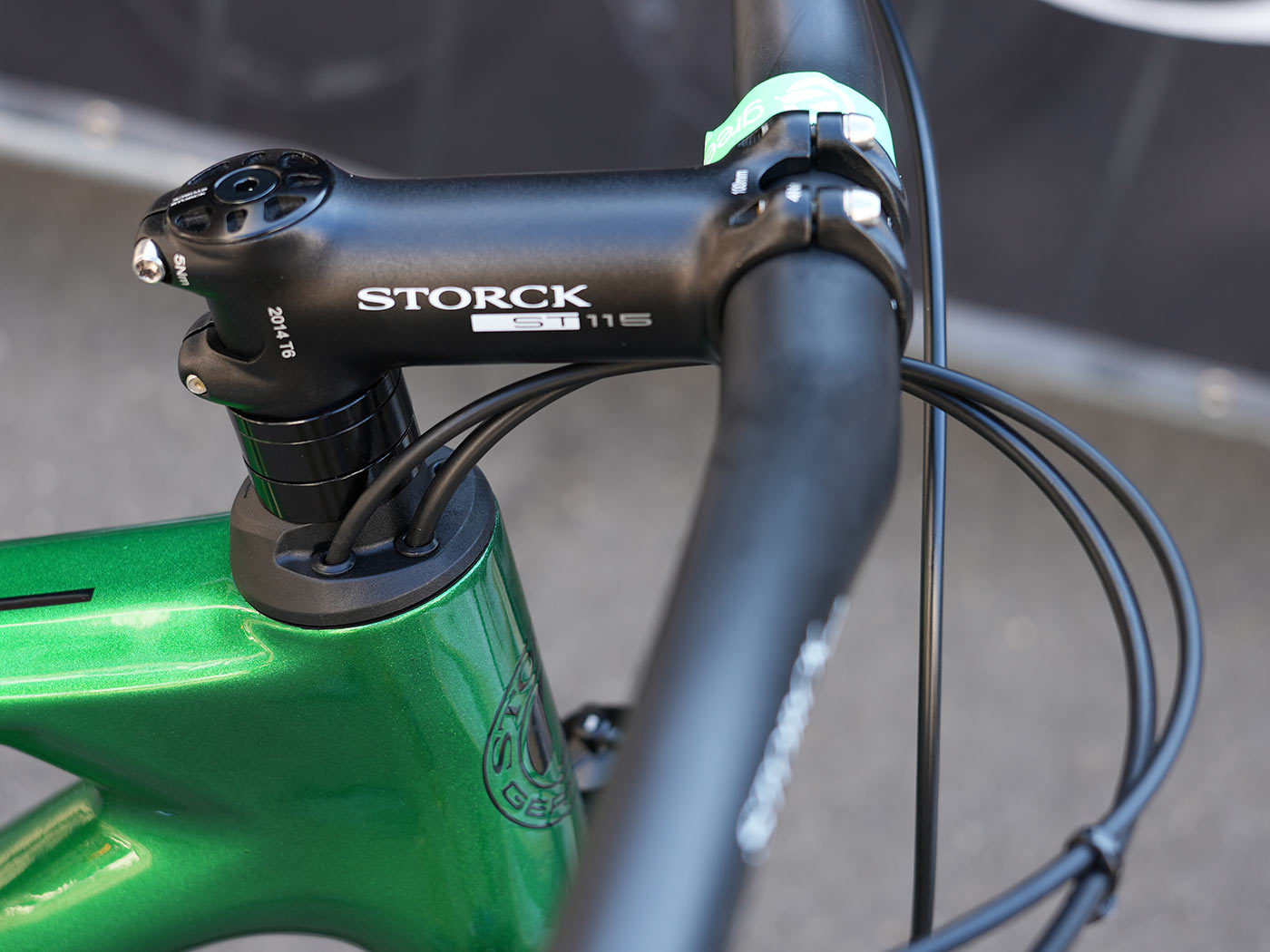 Complete bikes with Shimano XT run €4,999. Look for more news from Storck later this year on road and gravel…