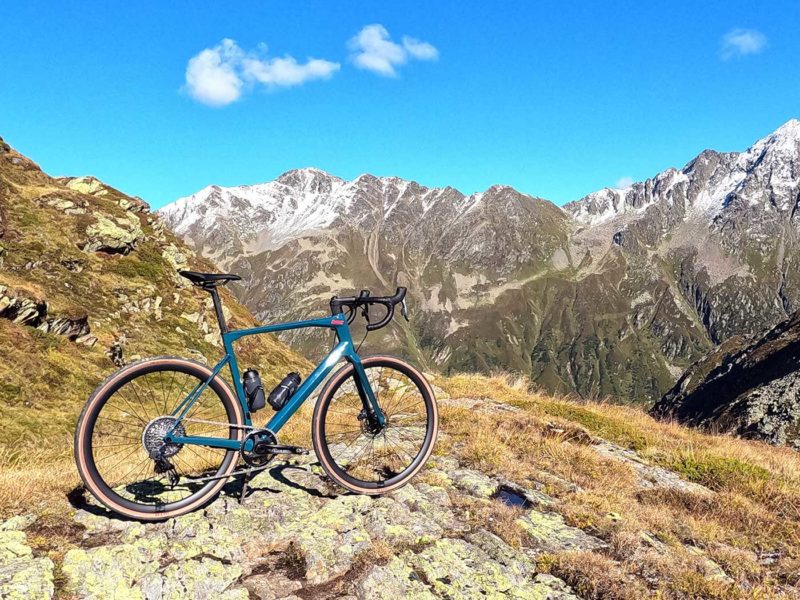 What some may find more surprising is that this is merely a new spec option, utilizing the same RoadMachine frame that launched in 2019. Which is a good thing… 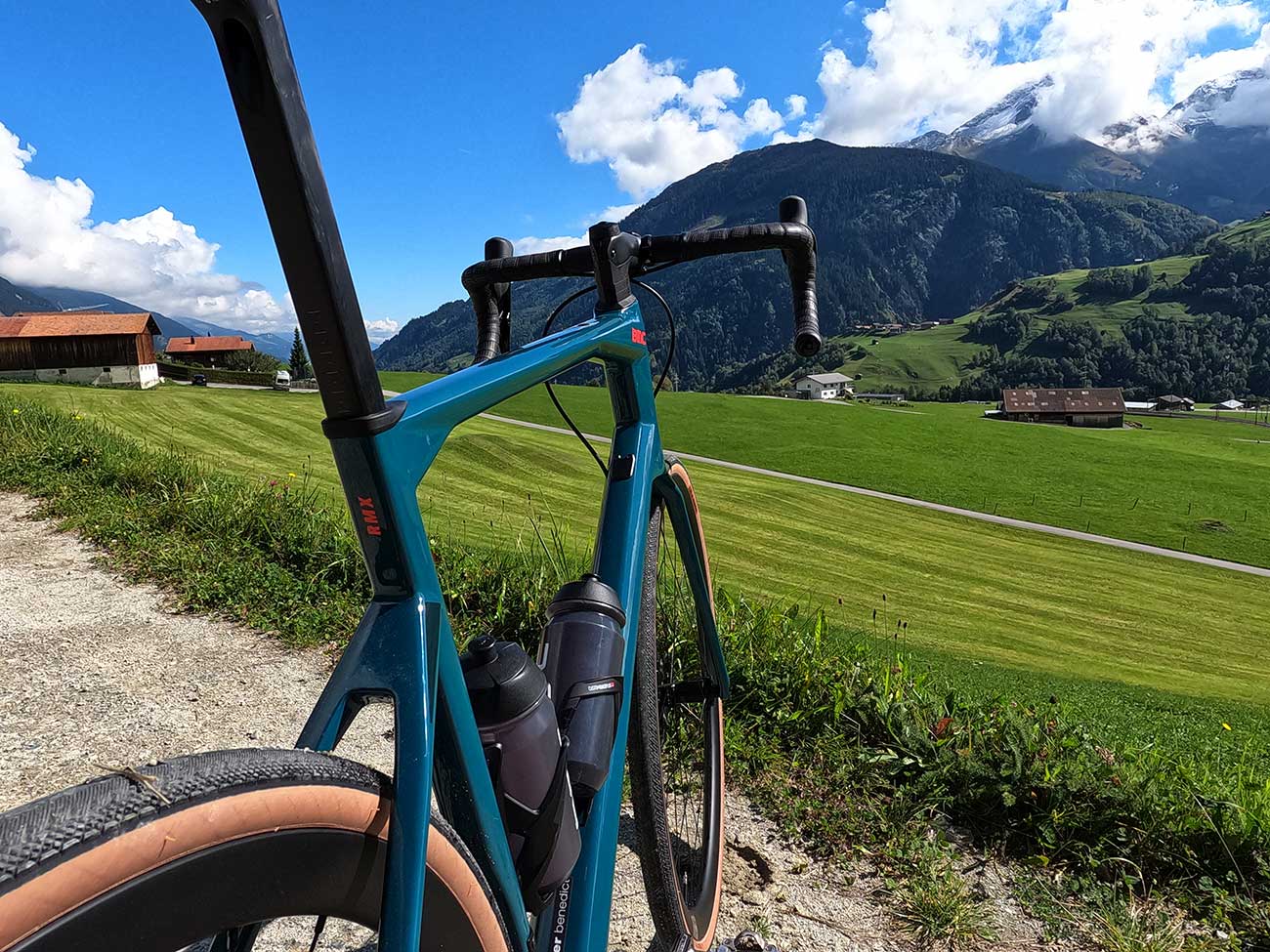 The Roadmachine has a 900g endurance race-ready frame that just so happened to be quite capable. All they had to do to fully express this bike’s gravel-curious personality was give it a wide-range 1x drivetrain and spec wider tires.

While it may seem like they’re cramming a bigger tire into an existing frame just to capitalize on the “all road” trend, it’s actually the reverse. 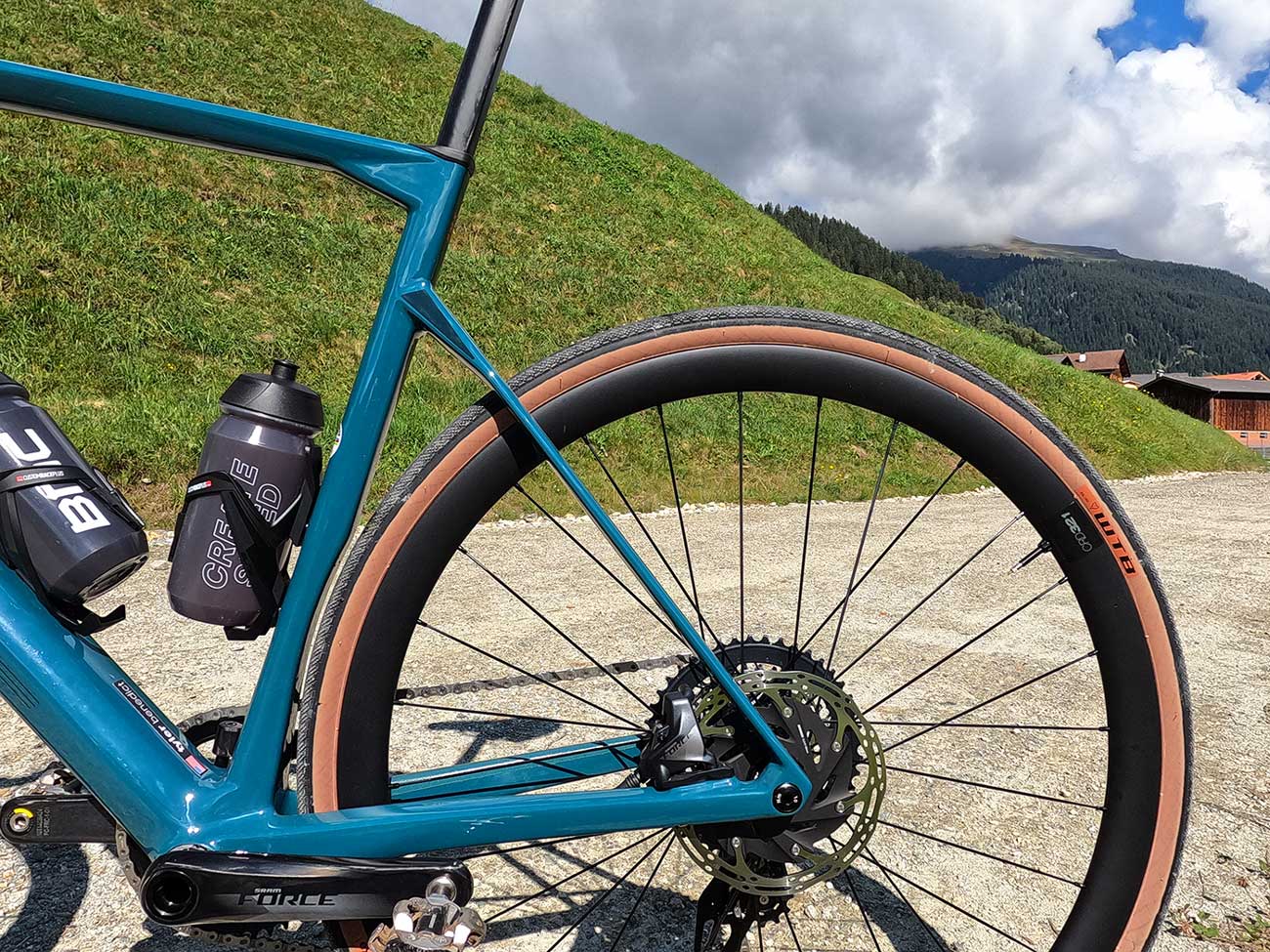 When the latest Roadmachine debuted in 2019, they foresaw the 1x movement (and likely had some notion of what SRAM & Shimano were working on) and went ahead and gave the model more tire clearance than what was popular then.

While those seeking a full-on gravel bike will look more to their Urs gravel+ concept, the staunchly traditional roadies might see this as a way to dabble in gravel without betraying their roots. 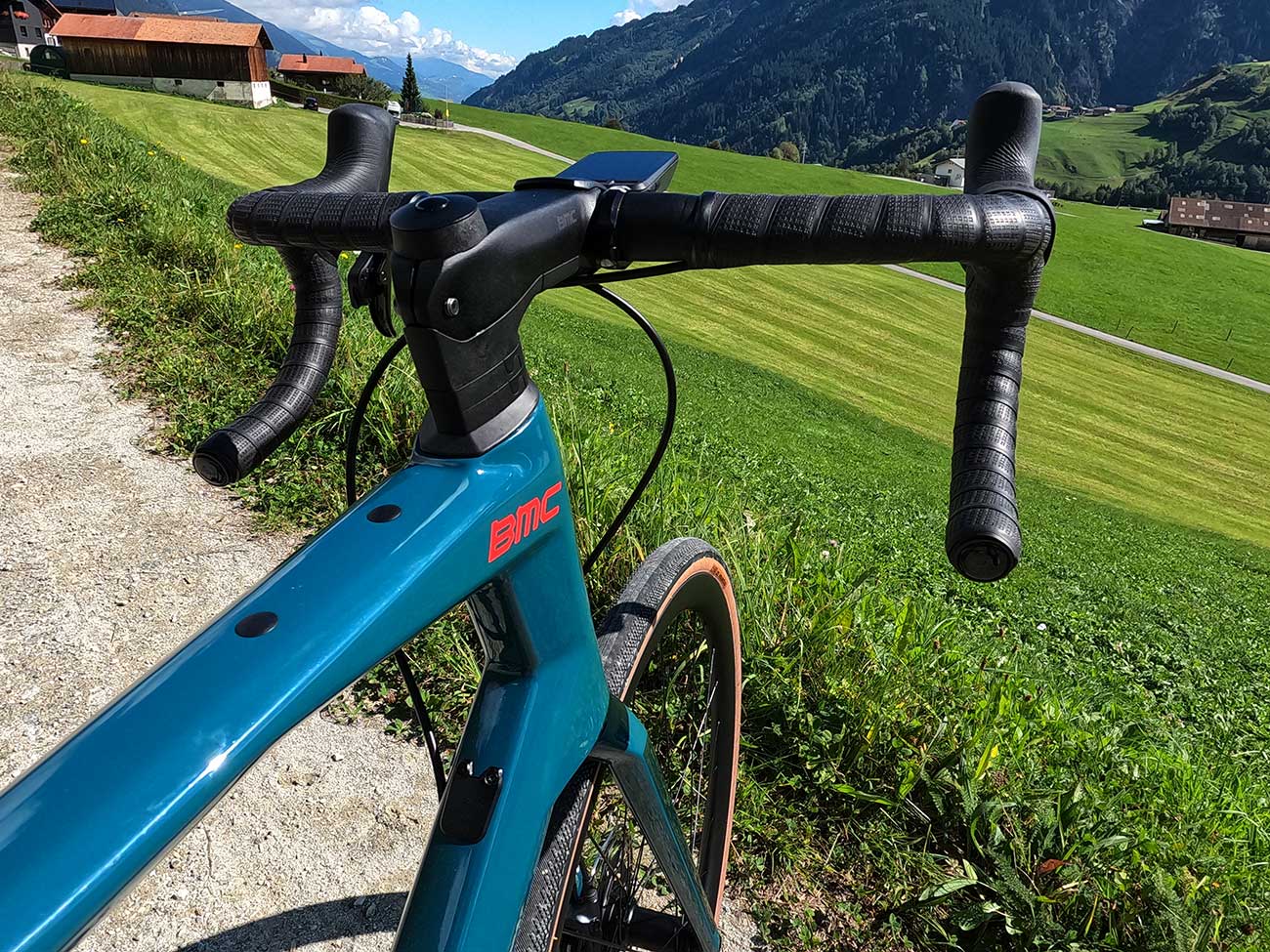 And to be clear, those are good roots. This is the same frame as the current Roadmachine, with only minor tweaks to the fork’s steerer tube (more on that below). So, if you have a current Roadmachine, you could add bigger tires and get basically the same thing…you don’t even have to switch to a 1x drivetrain as the bike is rated for bigger tires even with a front derailleur. 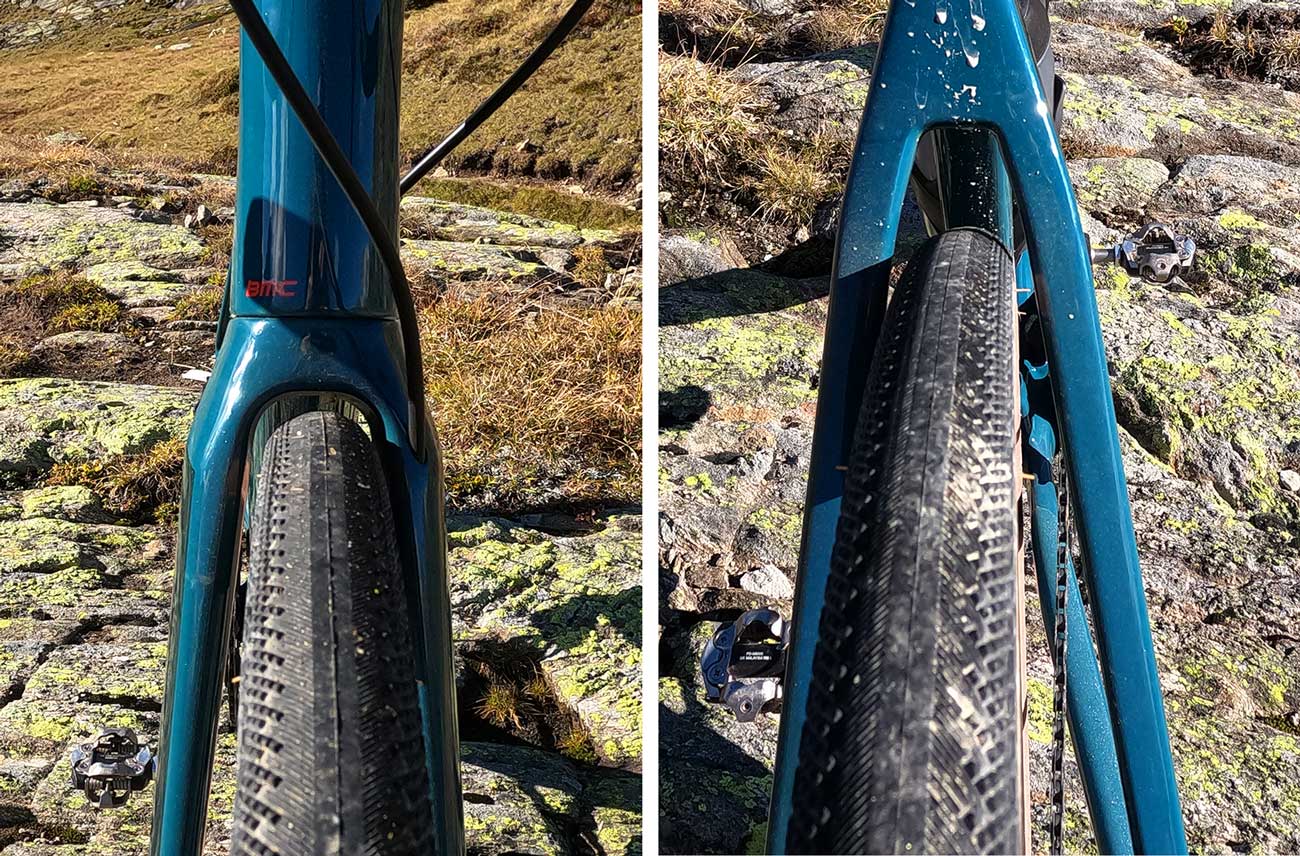 The RMX fits up to 700x33mm tires, for that in-between ride where you’re definitely going for a road ride, but might want (or need) to dip onto a gravel road, dirt path, or unkempt backroads to get there. Or to make the route more fun. Or racing something like BWR.

They say this meets safety standards and allows 4mm clearance at every point between tire and frame, but that may depend on the tires you put on there. These are WTB Expanse 700×32 and it’s tight on the non-driveside chainstay. 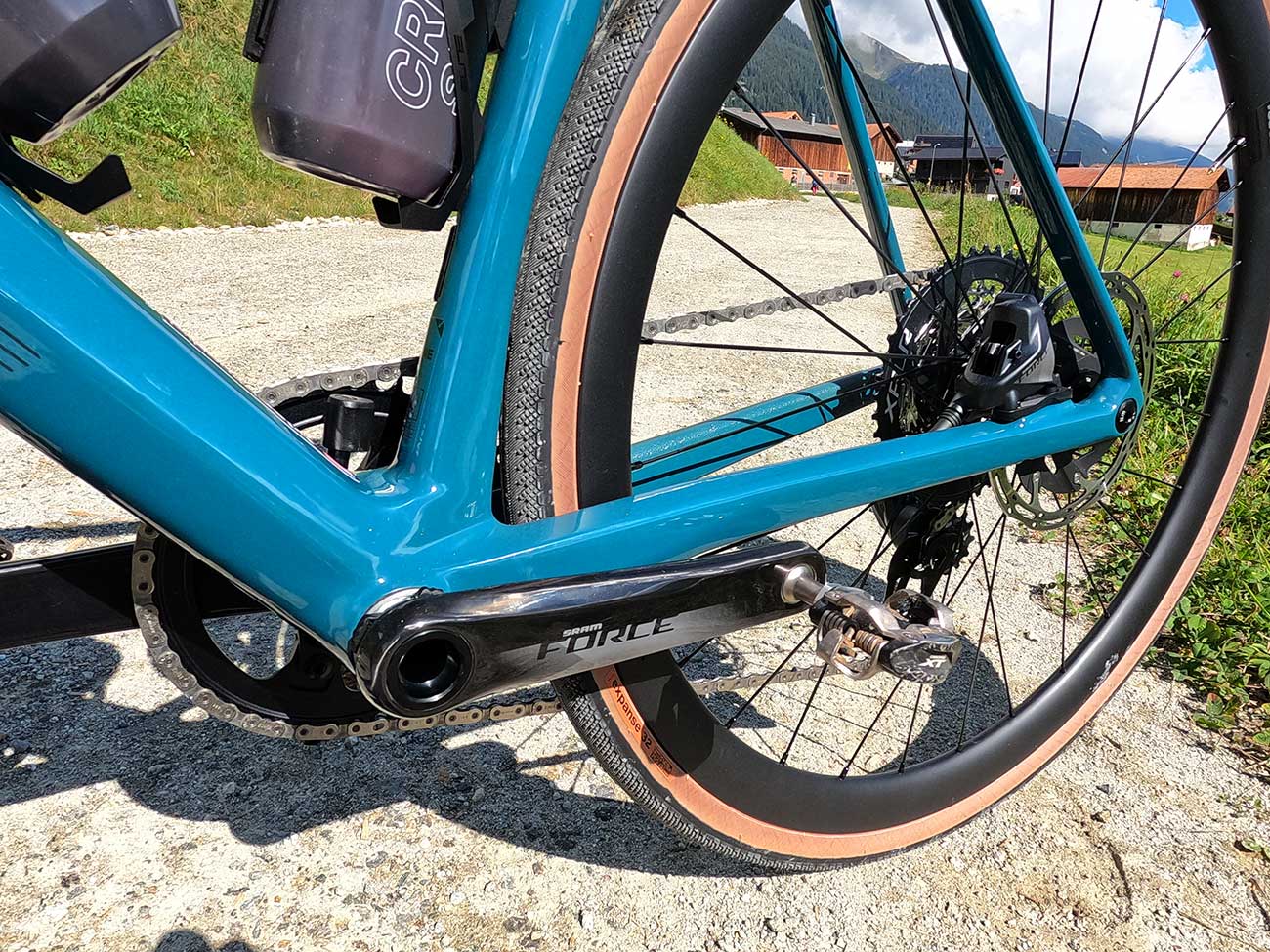 The Roadmachine has a slightly longer wheelbase than other endurance/fondo bikes, something they also do with their Teammachine aero race bikes, because they wanted improved stability at speed. 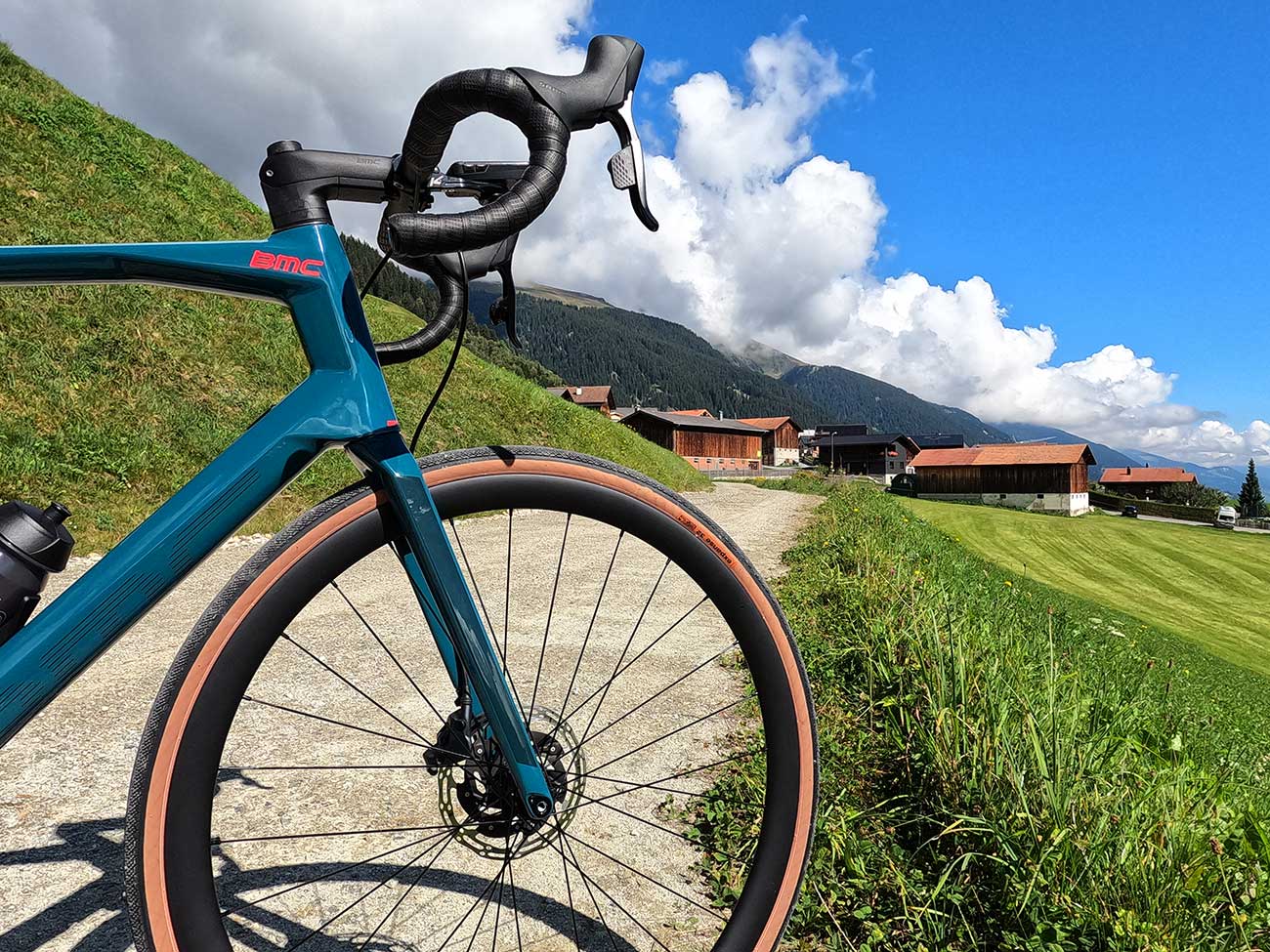 That handling is mainly coming from a slightly slacker head angle, and a bit longer reach, so you keep relatively short chainstays for quick acceleration and planted climbing.

To handle the rougher roads, the frame takes advantage of their TCC design, which uses flattened, dropped seatstays that add a hint of flex and a D-shaped seatpost to lightly suspend the rider.

We’ve taken it for a spin in the Swiss Alps where it was conceived, stay tuned for a one-ride review and more news from BMC! 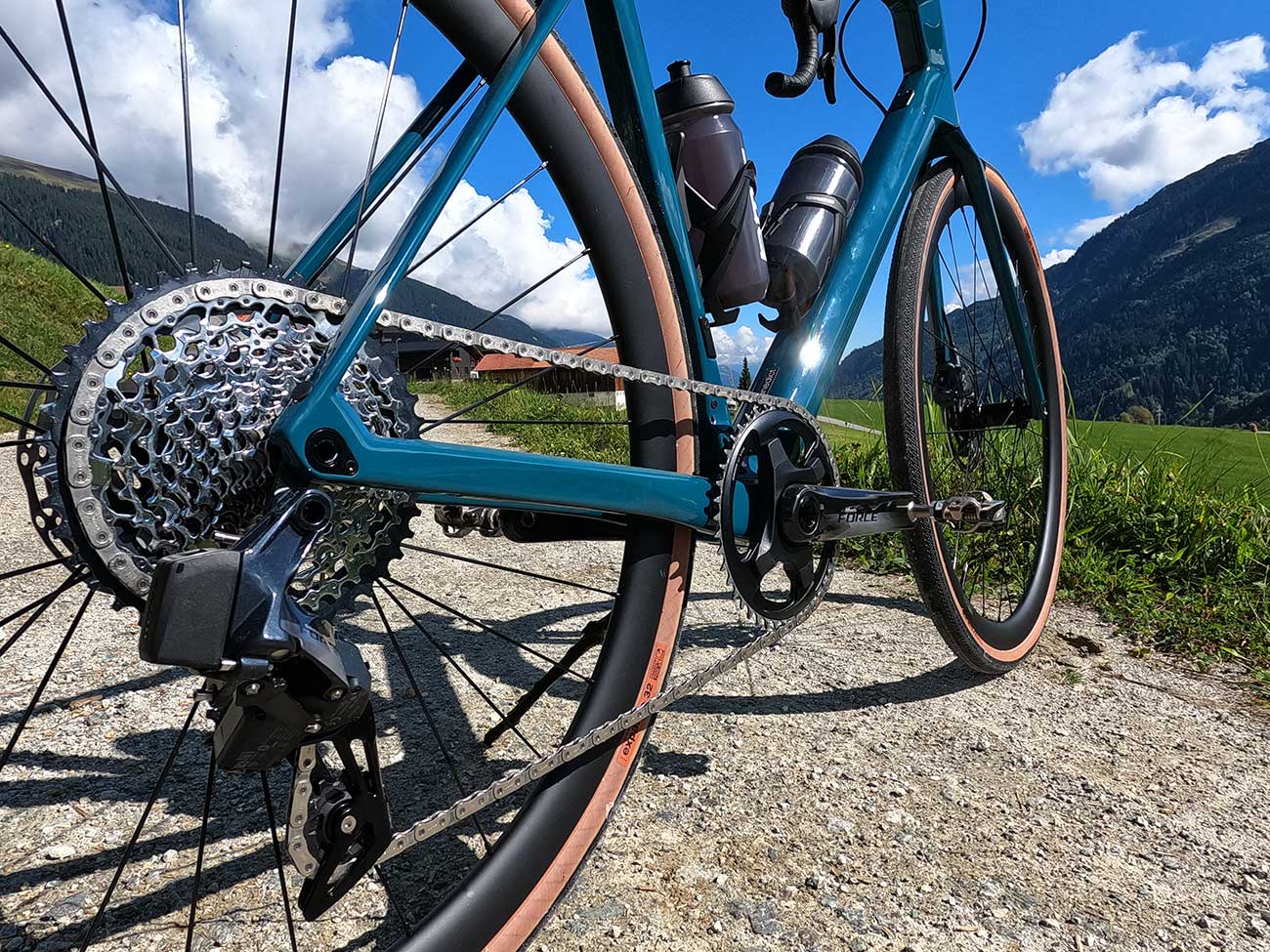 Available immediately for $6,299 / €5,999 will be the Road Machine X ONE, which comes with their own cockpit. That includes their D-shaped carbon seatpost holding a Fizik Argo saddle, with alloy handlebar and the same alloy stem as on the integrated RoadMachine 01, it just doesn’t use the cable capture underneath.

It gets a SRAM Force group with the 10-44 XPLR cassette and a 44-tooth chainring. Wheels are their own CDR321 carbon rimmed set, with an interior width of 21mm and 35mm depth, and they weigh in at about 1509g. They’re fitted with
WTB Expanse 32 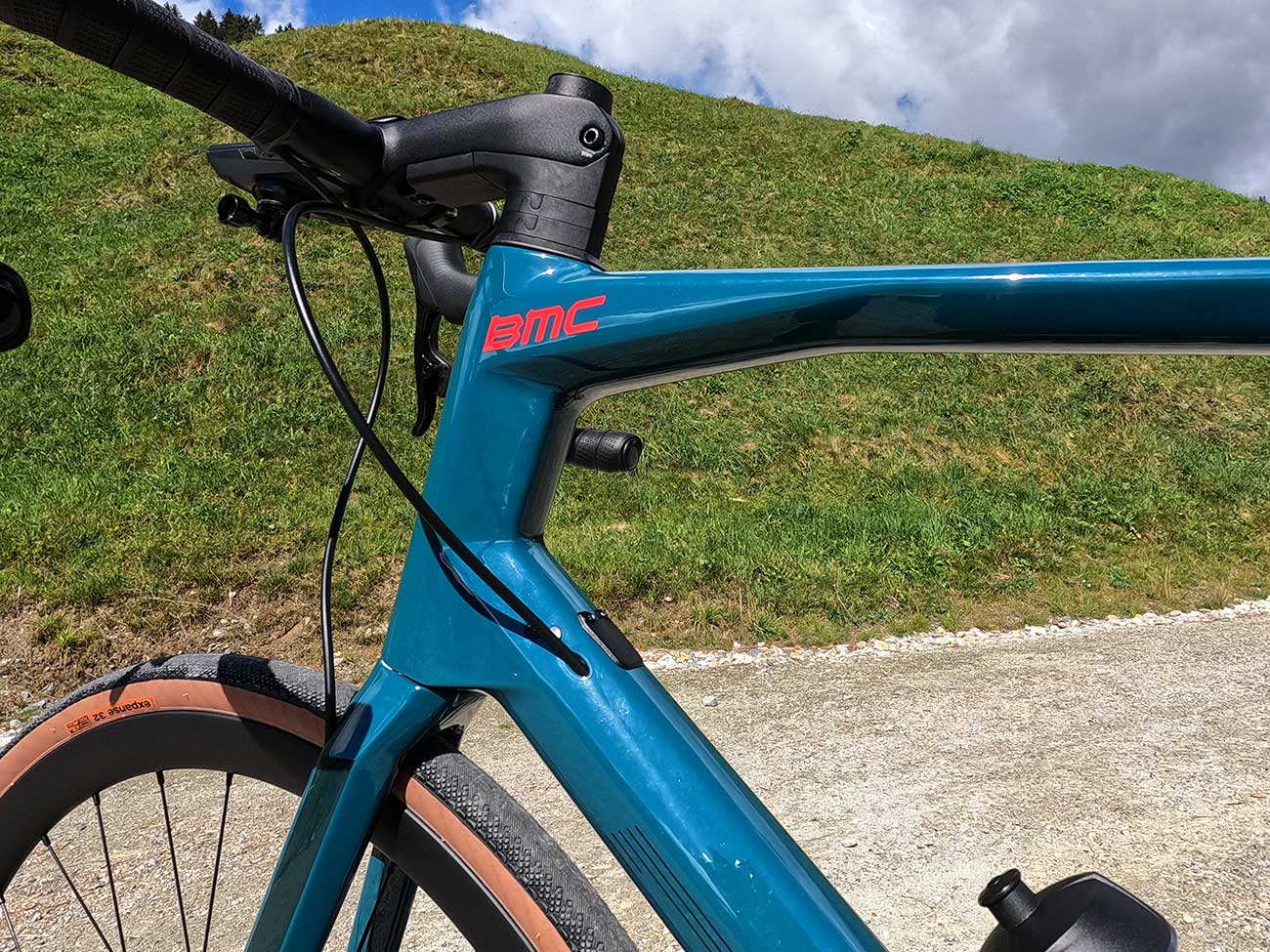 It’s worth noting that the standard Road Machine 01 has an integrated cockpit with their oblong steerer that allows them to tuck the cables and wires under the stem and feed them directly into the frame for a completely clean look. The RMX uses a standard round steerer and non-integrated build… But with wireless AXS groups for the spec, the only thing you’ll see are brake hoses.

Following that in May 2022 will be the Roadmachine X AL. It’s based on their Urs alloy gravel-plus bike, so it’s even more capable with 45mm tire clearance when running a 1x drivetrain. It’ll have a carbon fork, and different geometry than the RMX, but get spec’d with a less aggressive 1x group and possibly thinner tires. More details about it closer to its retail launch, but retail should be $2,099 / €2,299.