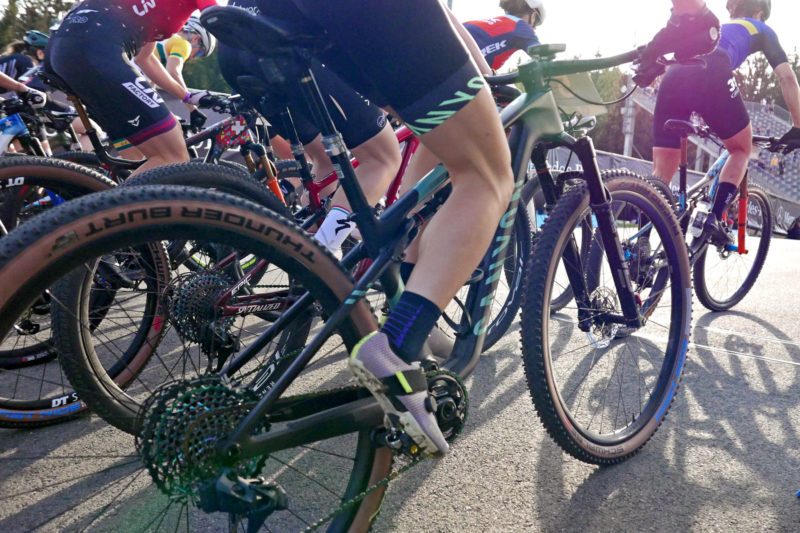 Canyon’s top XC race bike gets a subtle but substantial overhaul as the new Lux World Cup CFR, hiding a lot of upgrades inside a familiar-looking carbon cross-country mountain bike. At first glance, the new bike cuts almost exactly the same profile as its predecessor, but the details make all the difference – more capable modern geometry that’s more aggressive going both up & downhill, upgraded suspension curves, neatly integrated cable routing, tweaked tube shaping that yields a stronger & stiffer bike, and on top of that… a 7.5% lighter frameset thanks to upgraded CFR carbon layup… 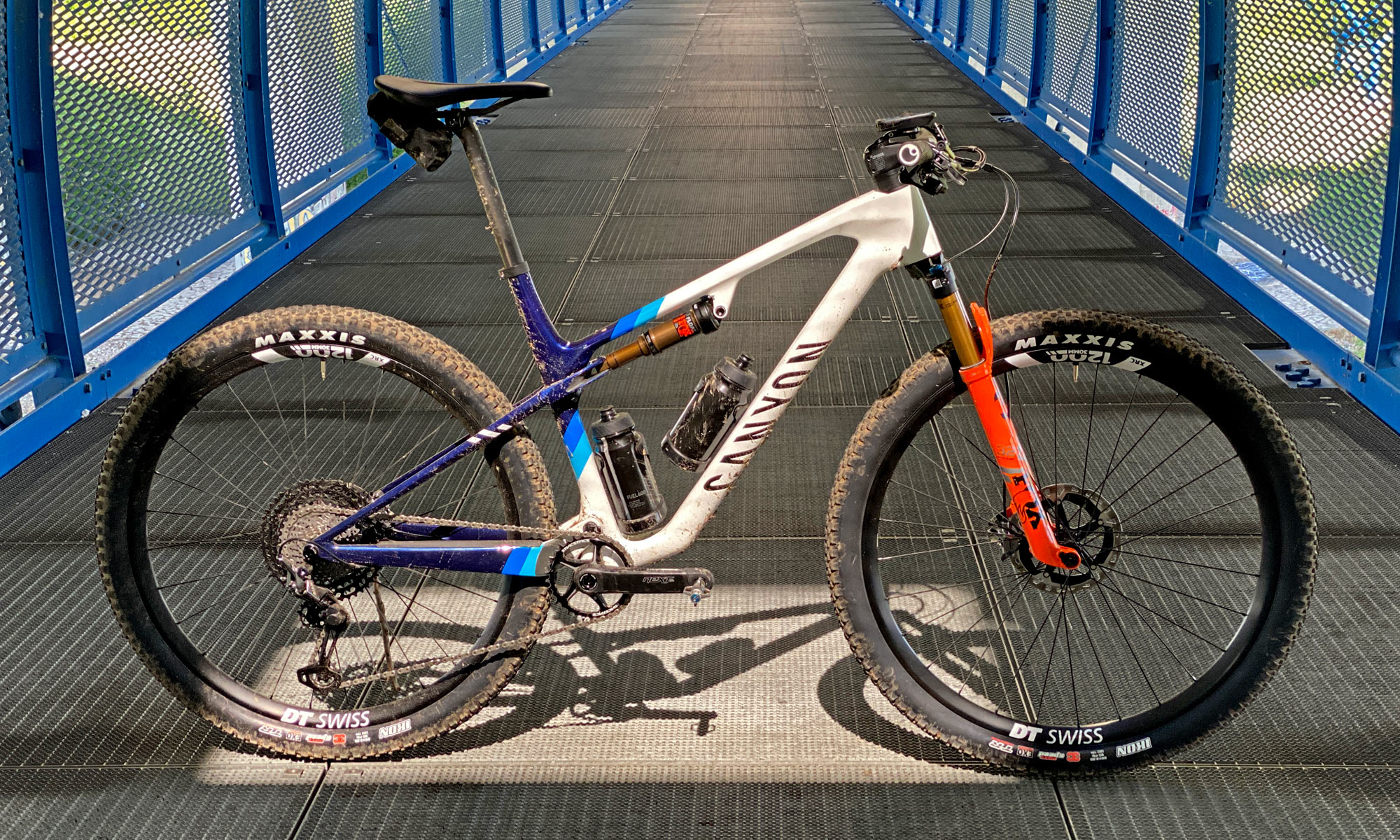 Canyon’s big message here is that the new Lux World Cup is an uncompromising lightweight XC race bike, that’s already been proven on the World Cup… and also at the Cape Epic, as well. In fact, we caught several glimpses of the new bike already – with Canyon CLLCTV, Canyon Northwave & Alpecin Fenix riders… But there was so little different, it was hard to tell if it was really an all-new bike. 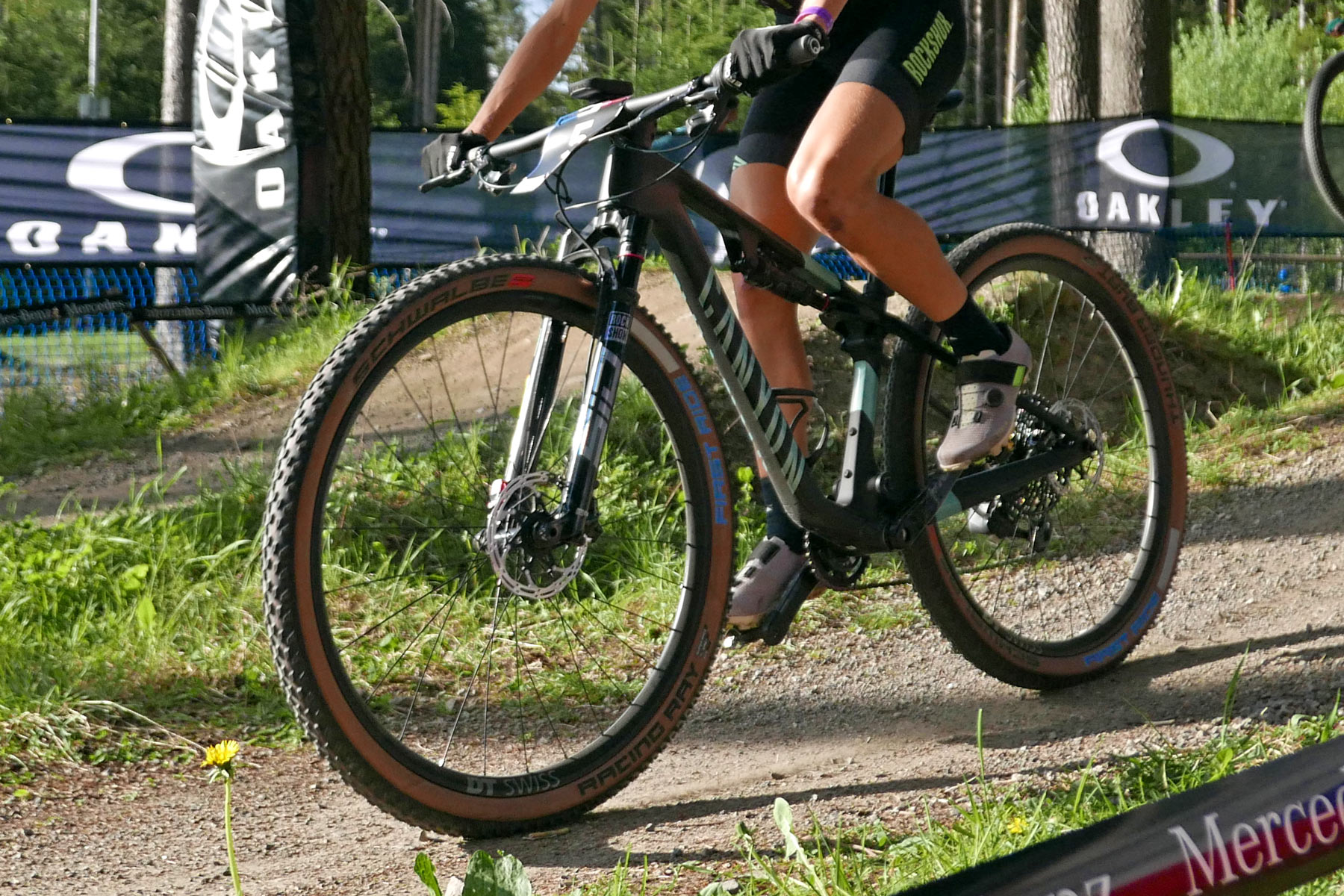 Notice, the new routing through the headset and symmetrical shape of both left & right chainstays as the true differentiating features in the new Lux World Cup CFR vs. the older Lux CF SLX. 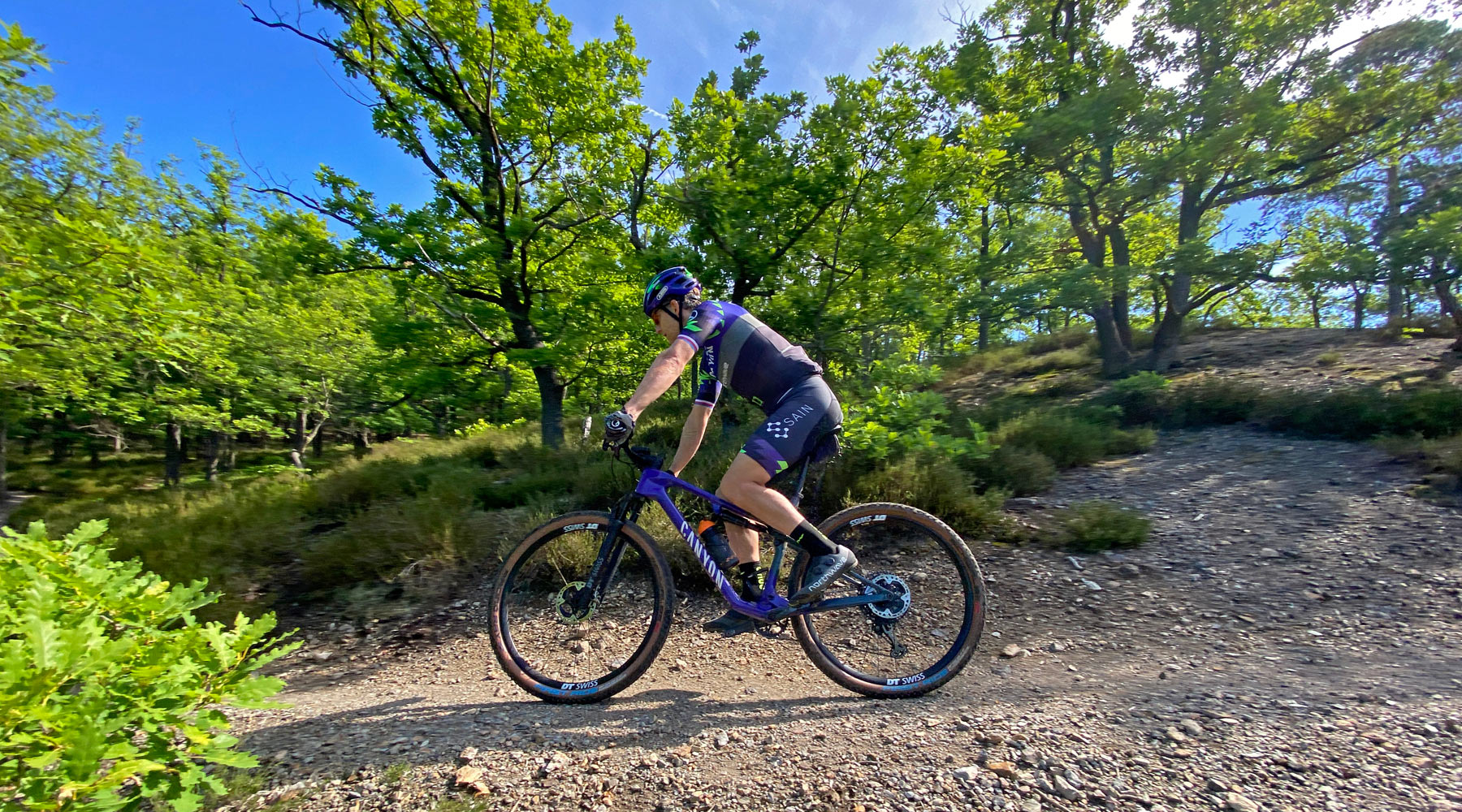 The new bike is lighter though. At a claimed 1535g for the top CFR frameset (size M) that’s 127g less than its predecessor, enough for Canyon to say it is “quite possibly the lightest full-suspension mountain bike frame on the market”. A tricky claim for sure, but the new bike is undoubtedly light. And lighter bikes are faster, right?! It is actually stiffer, stronger & just as durable as well, still tested to Canyon’s trail bike “Level 3” too.

Plus, there’s a more affordable CF-level carbon layup at 1925g for a frameset that’s otherwise identical, down to the improved strength & stiffness, just made with a more affordable mix of carbon fibers inside. 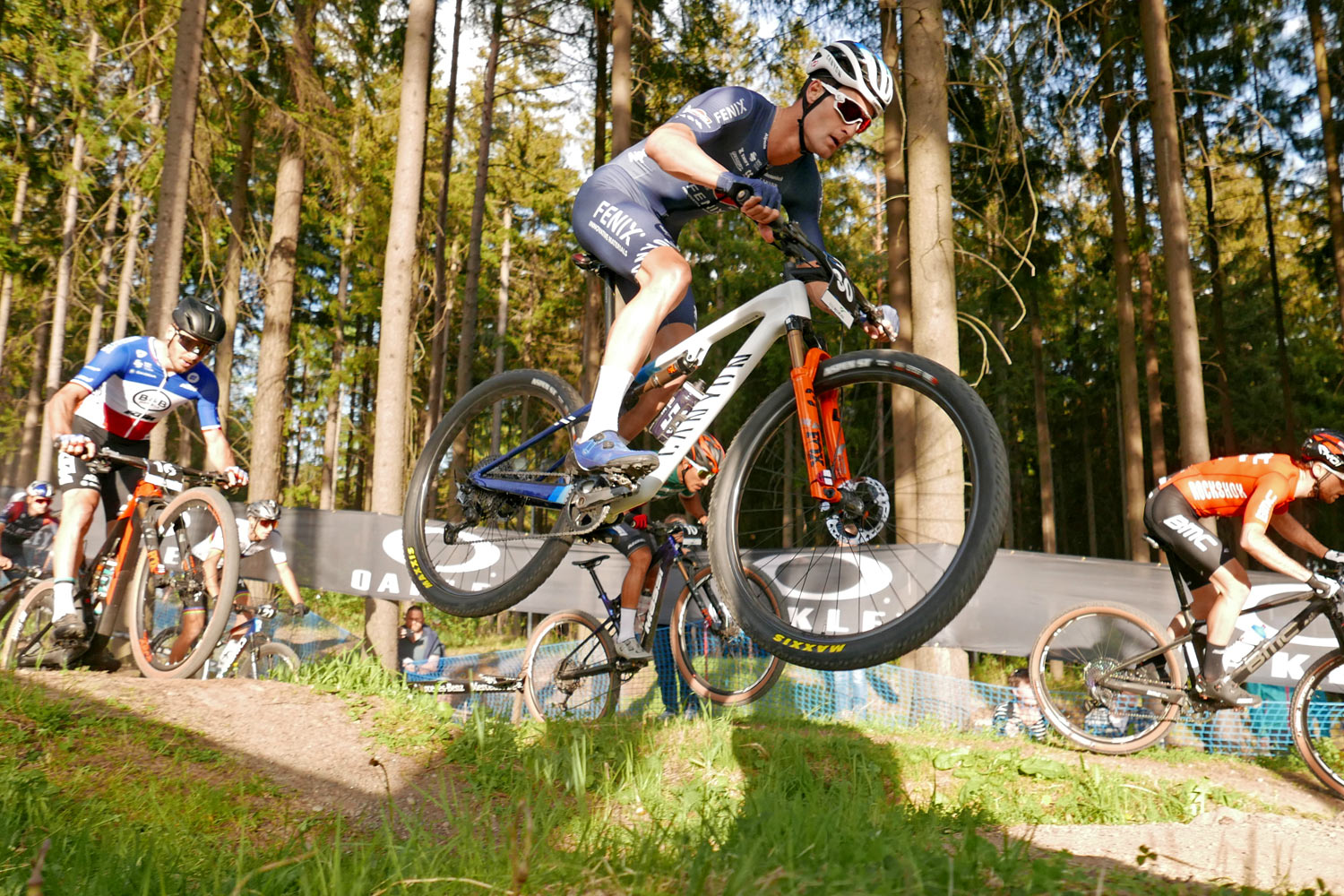 Cross-country racing keeps getting more technical, and the new Lux World Cup is up to the challenge. Instead of giving their XC race bike more suspension travel, Canyon focused on refining a more-capable modern XC geometry for the new bike… making it longer, lower & slacker. A 1.5° slacker head angle to 68.5° was a big shift towards more trail capability, but still split the difference to their slacker Lux Trail for riders looking for more of a light Trail bike.

With the slackened front, Canyon adds 15mm longer frame Reach by 15mm across the board paired with shorter stems, and up to 19mm lower frame Stack to get your bars back down.

But while that aims to get you downhill faster, 5mm shorter chainstays and a 0.5° steeper seattube aim to get you back uphill quickly, too. 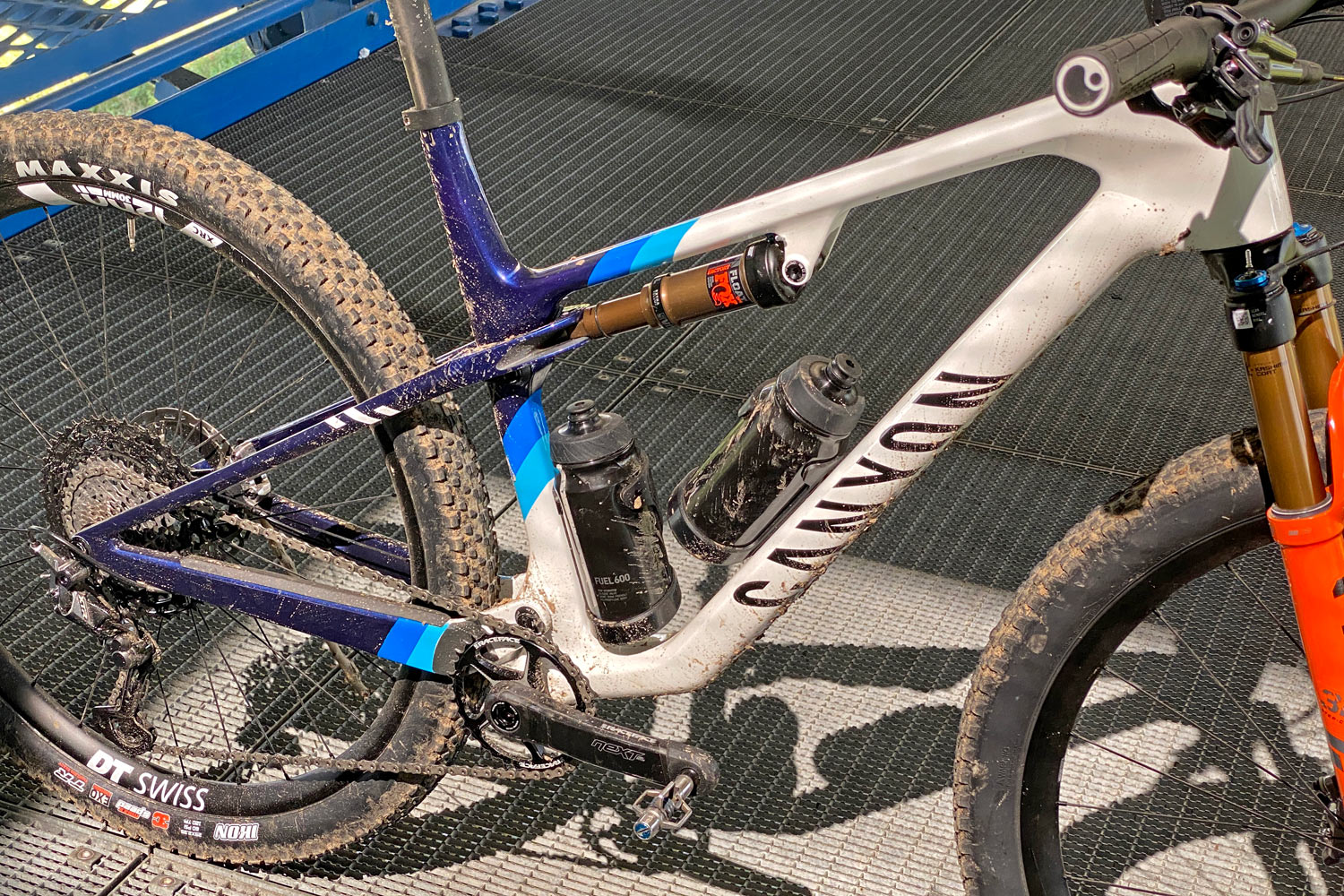 From a tech perspective, there’s not a ton brand new on this bike, mostly the Lux World Cup is all about refinement.

Canyon does say slight tweaks to the shock position and rocker link layout have improved the core kinematics of the bike, slightly increasing anti-squat and improving climbing efficiency together with the revised rider weight balance resulting from the forward geometry shift and shorter stays. 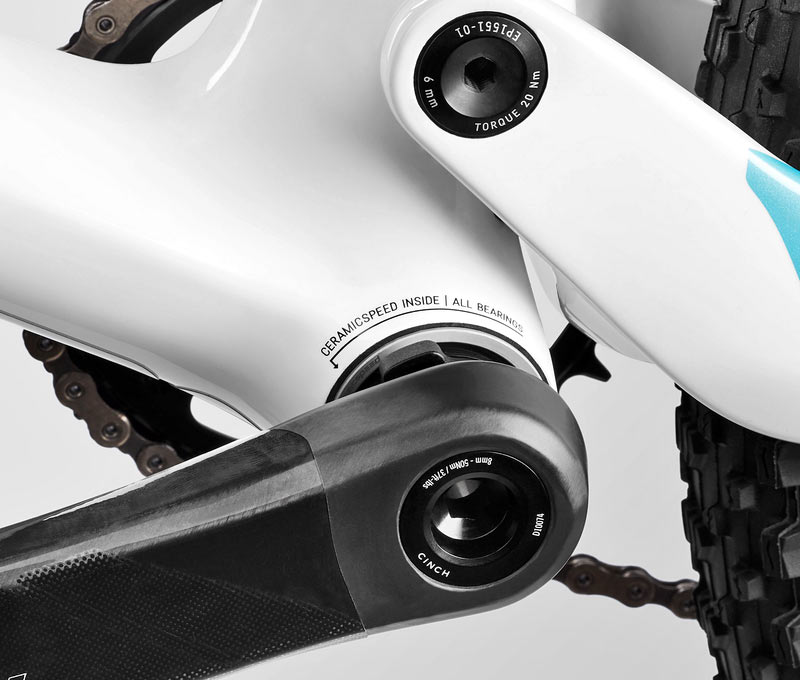 The move to self-lubricating CeramicSpeed SLT bearings at all pivots and the headset are a nice thought for long-life and low maintenance. Since the headset gets a lifetime warranty, why not route all the cables internally through the headset cap, and not have any cable ports in the headtube itself. Just be happy the bike arrives with it all pre-set up and hope you don’t have to add a dropper cable yourself! 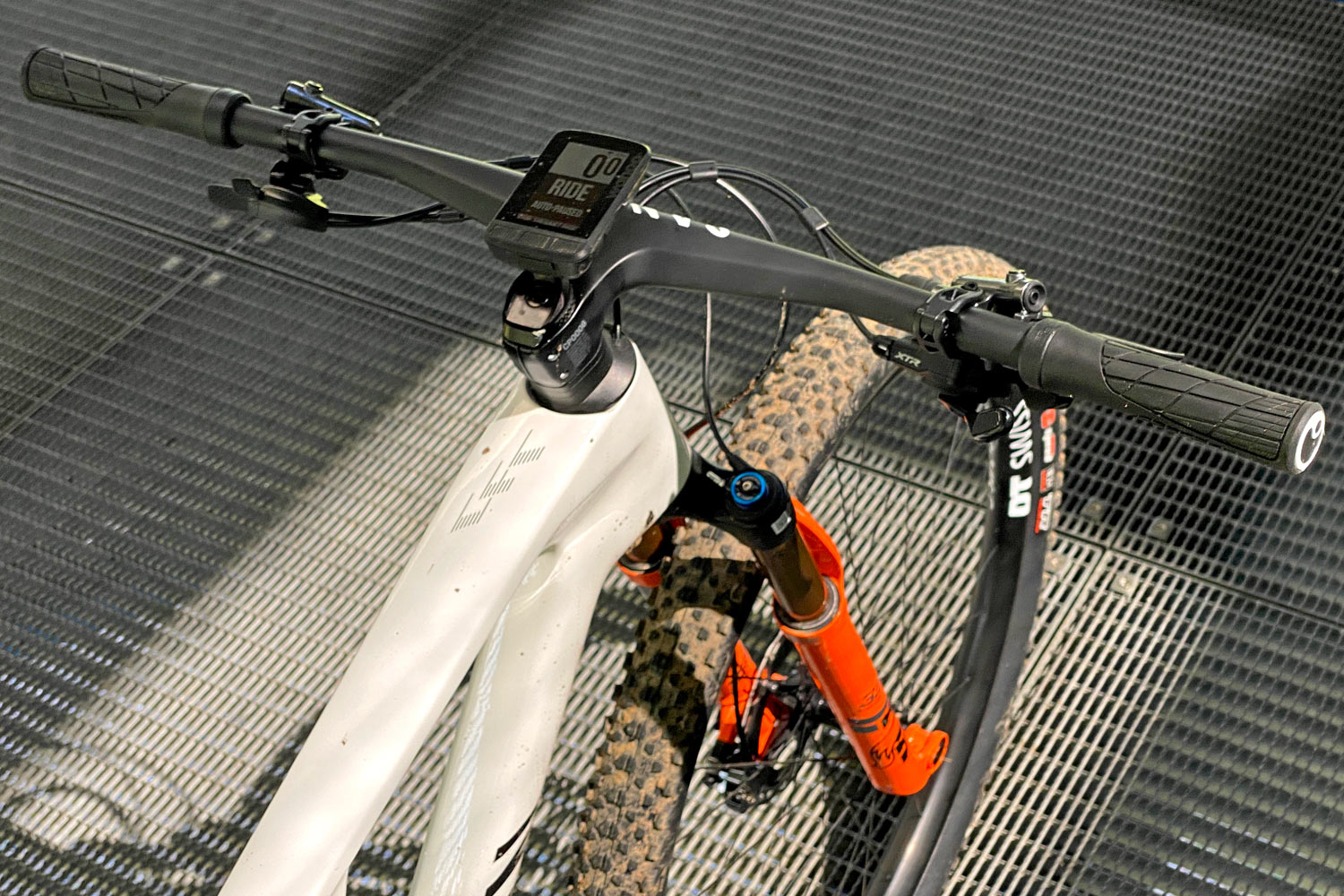 With the new internal routing, the rotation blocking headset is now inside – and not removable – which is a much cleaner-looking setup. 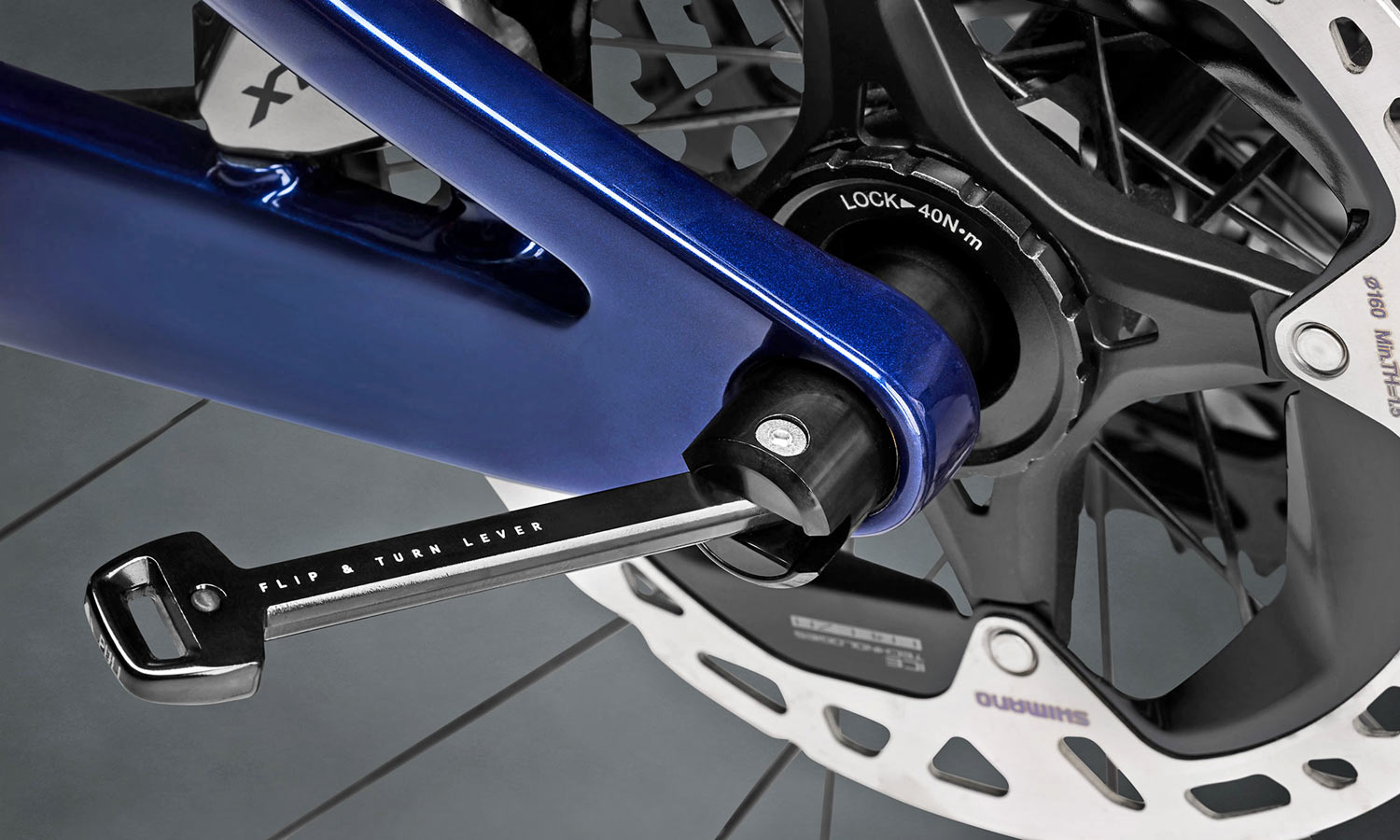 Beyond that, you still get Canyon’s triple-phase single-pivot suspension with flex stays and a rocker-driven shock, Boost spacing with the hide-away QR rear axle lever, a 1x-specific frame but with a tiny built-in chain guide, a flat mount rear disc brake, and molded-on downtube & chainstay protectors. 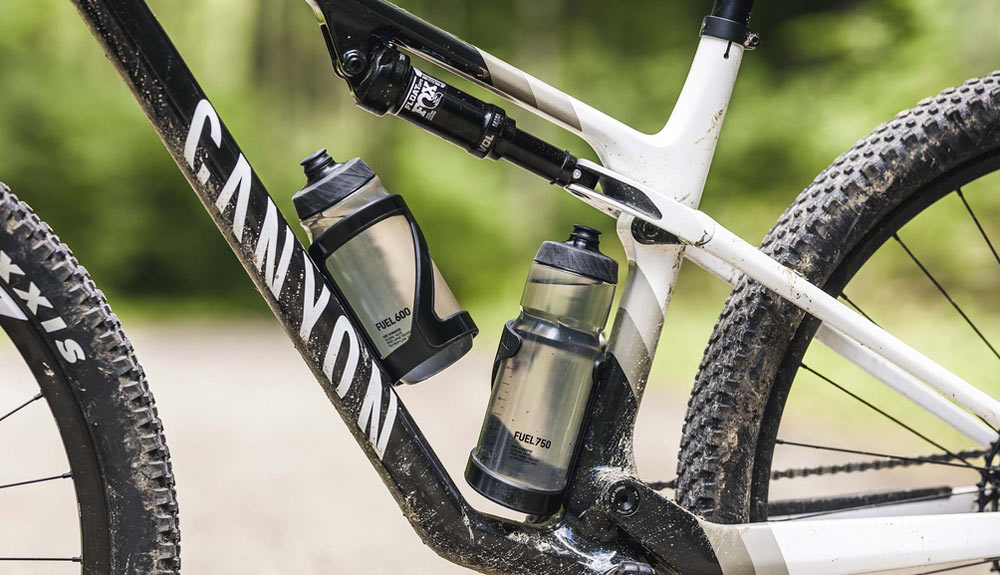 You still also have room for two full-sized (sideloader) water bottles. No dropper posts on any complete build, but seattubes are all 10mm shorter, so you have more room for longer droppers if you so choose. 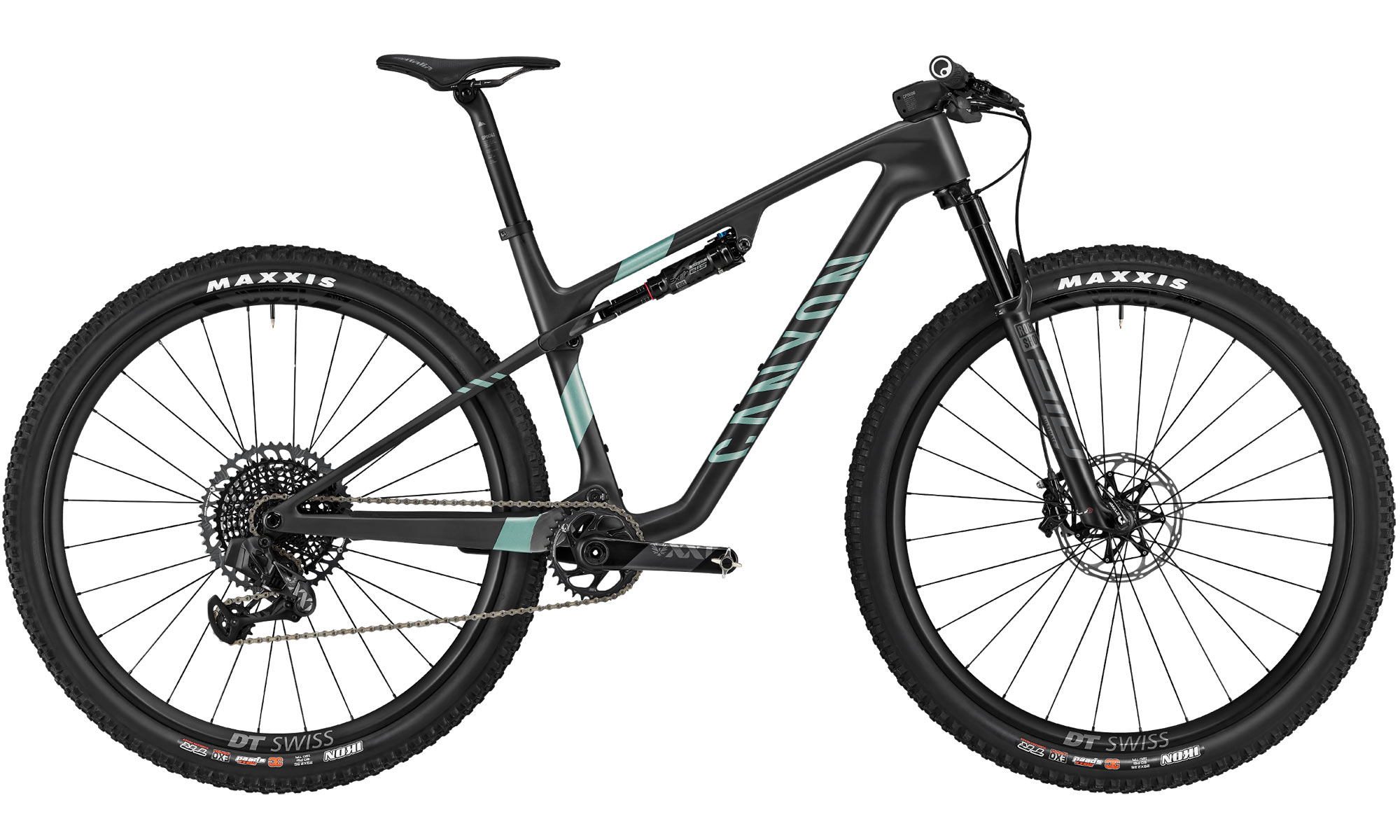 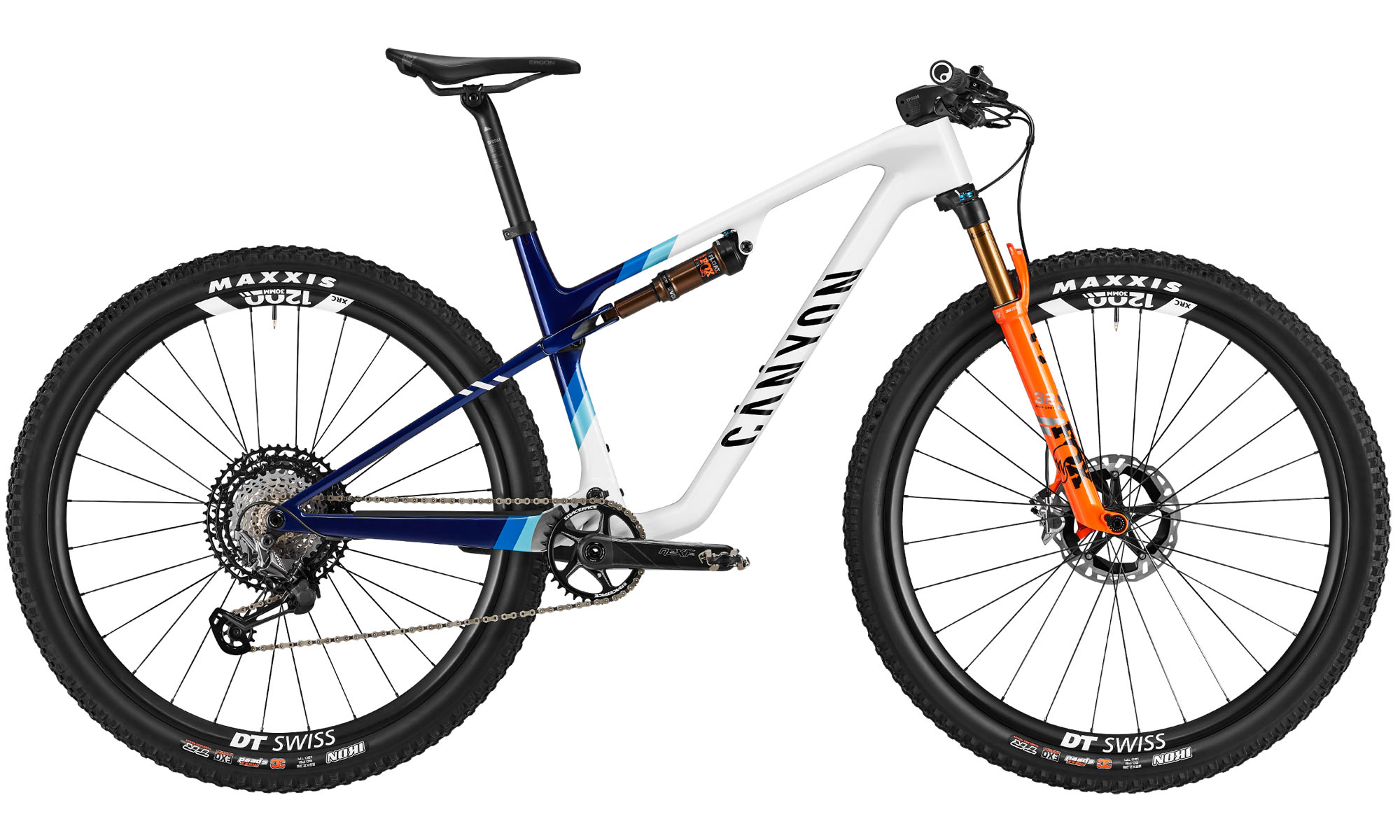 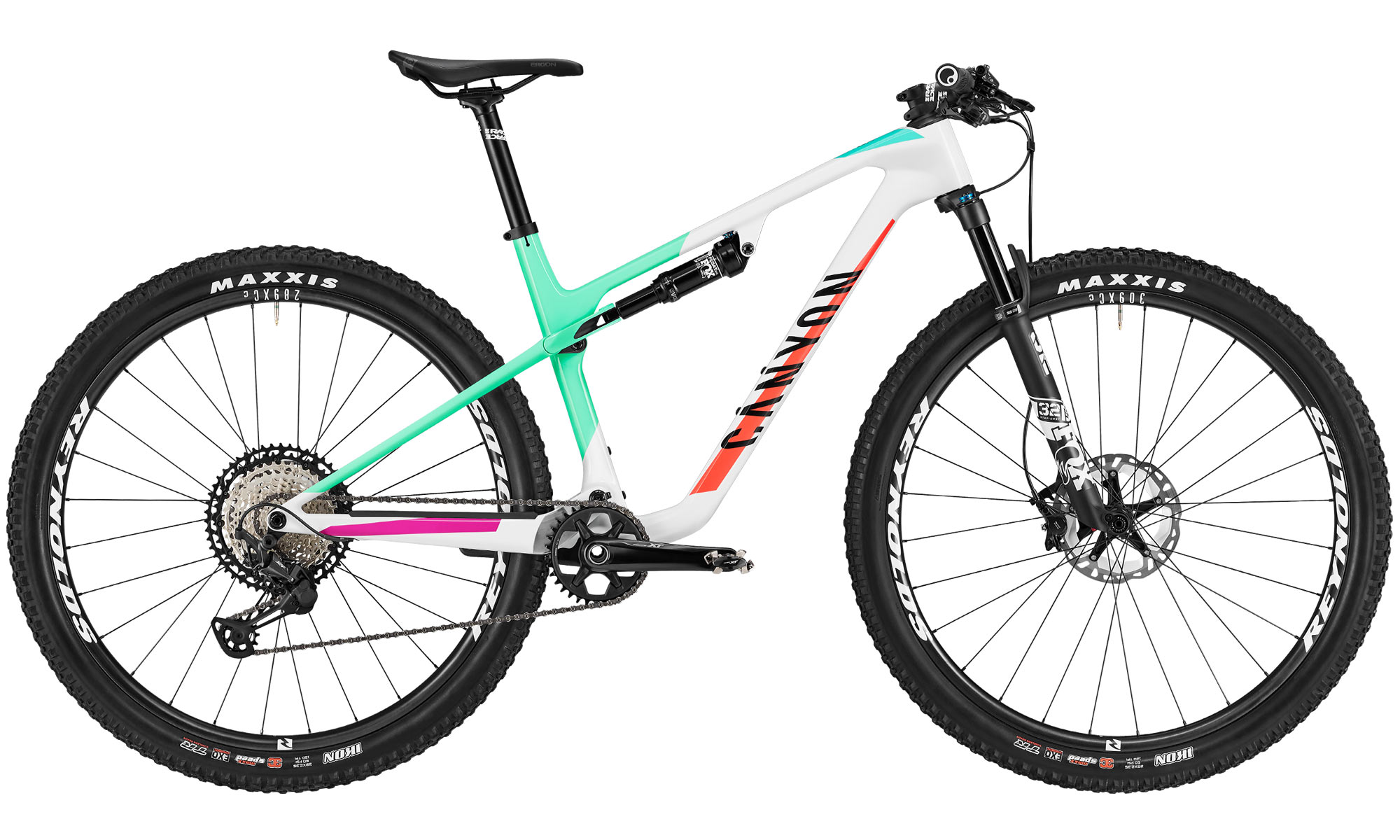 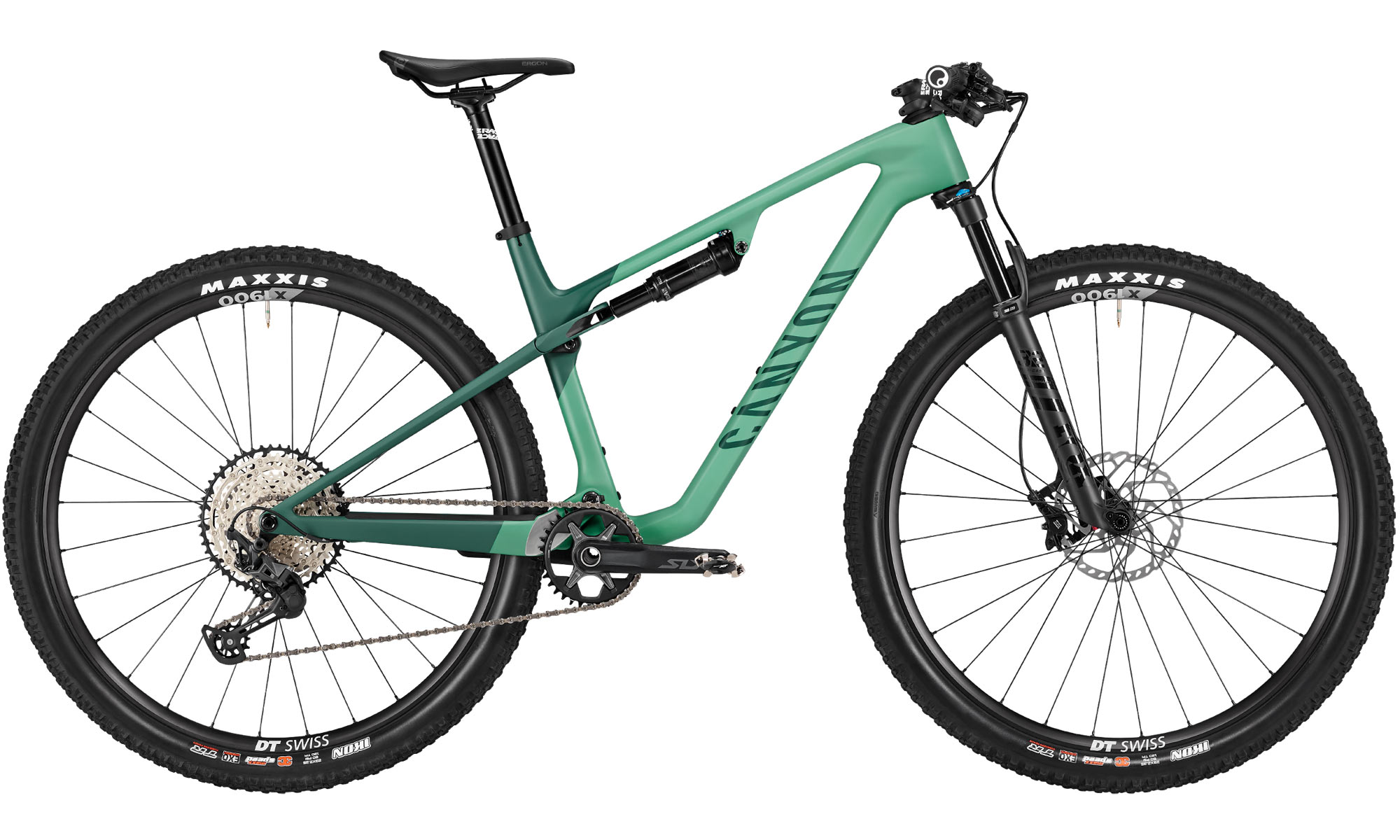 The trick as with most bikes these days is availability. The two CF bikes are available globally starting today, except in the US which will have to wait until September for their CF 6. The two lightweight CFR bikes are expected to arrive in the Canyon online ship sometime in August 2022, but the US’s CFR Team model will not show up stateside until the beginning of 2023. 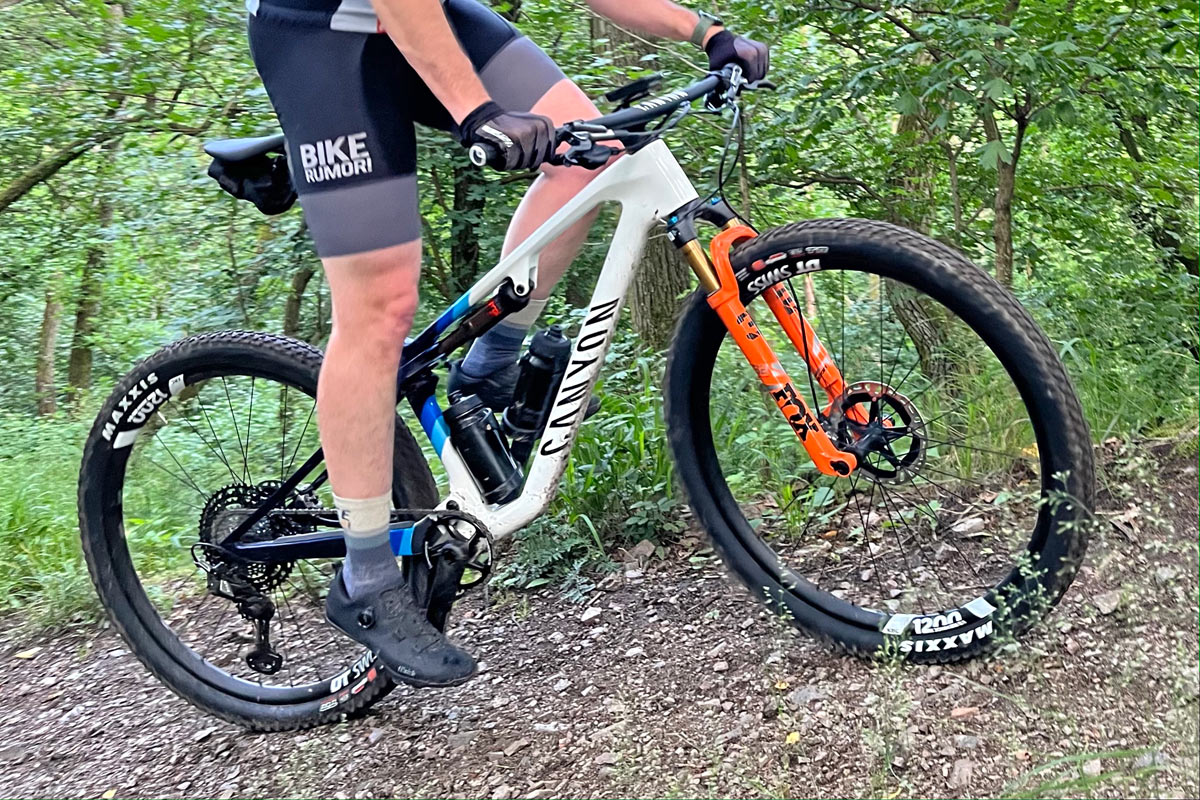 I’ve been riding the Shimano/Fox-spec Canyon Lux World Cup CFR Team for a couple of weeks now, and it does what Canyon says – rocketing up the climbs while being ready to bomb down technical descents, too. It is, by all means, a more capable mountain bike than the original Lux CF SLX I tested back in 2019. The 100/100mm travel hasn’t grown, but the more modern geometry really does feel more versatile. My large test bike weighed in a couple hundred grams over the medium claimed weight, but still one of the lighter full-suspension XC bikes out there. Interestingly though, even with a lighter frame and a switch back to a rigid seatpost, this complete bike is a shade heavier than that bike three years ago. 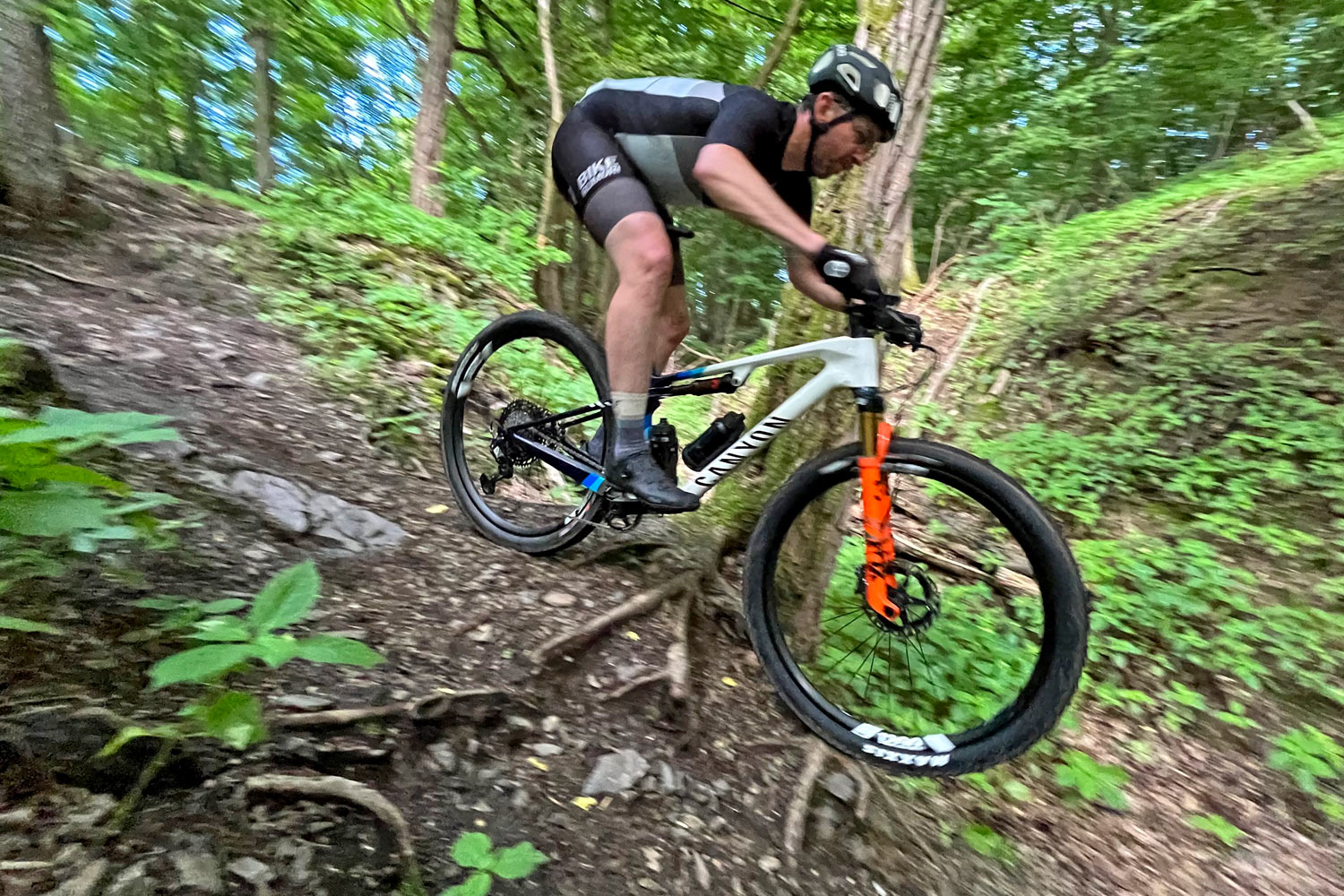 But even adding extra weight to put a dropper on this new bike, I’d still choose it over the old one in a heartbeat. Check back closer to the availability of the new CFR bikes and I’ll have a full review of my complete setup (and a detailed actual weight breakdown). But for now, I can leave as simple as this… While the new Lux World Cup is surely a race bike, it feels more fun outside of the race tape as well. Sure, do some XC racing, maybe race a Marathon or two. But training on your local singletrack is going to be faster and more fun than ever, too.

Note: I get that the site uses ads to pay the bills, but the Tundra “mini” ads that pop up over text and cannot be dismissed are going to drive me away from this site.

And I’ve been here since the very early days.