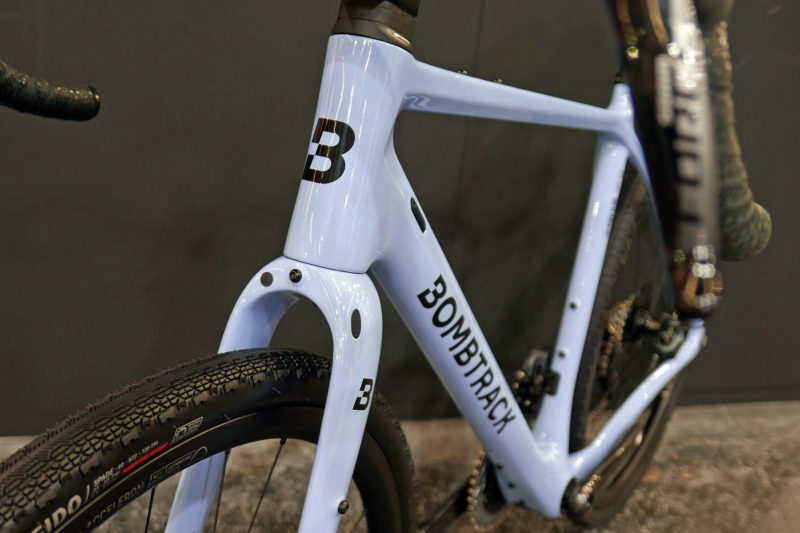 Bombtrack has plenty of adventure in store for 2023 including a fully-integrated update to their popular Hook EXT C carbon gravel bike, suspension for the steel backcountry bikepacking Beyond Sus, and a titanium frameset Beyond Ti. Plus, there’s an all-new affordable Munroe Loop step-through commuter, and even an ultralight sustainable Seido bikepacker’s toothbrush… 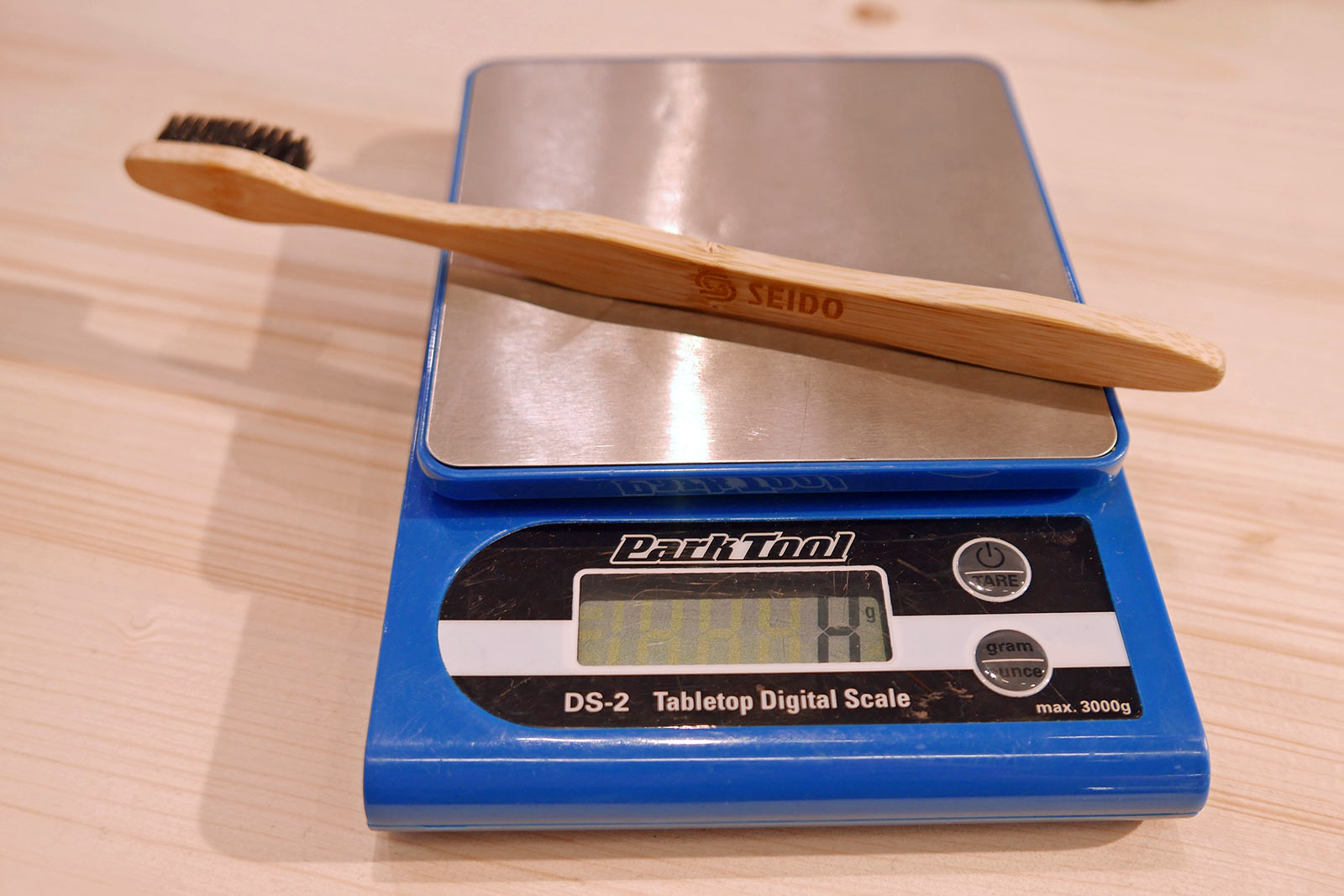 Let’s just start off with that limited edition bamboo toothbrush from Bombtrack’s Seido component offshoot, because why not? Bombtrack made them for Veneto Trail riders this summer, but this is something weight-conscious eco-friendly bikepackers can get behind right? I’ve been told by several ultra-distance racers that one of the few things that keeps them feeling human after many mostly-sleepless days of riding the backcountry in the same dirty clothes, is brushing your teeth to feel fresh/refreshed again.

At just 8g it won’t weigh those heavy bikepacking bags down. And it’s sustainable wood so you can cut & sand it down to fit in smaller bags too.

OK, now back to your regularly scheduled actual bike coverage… 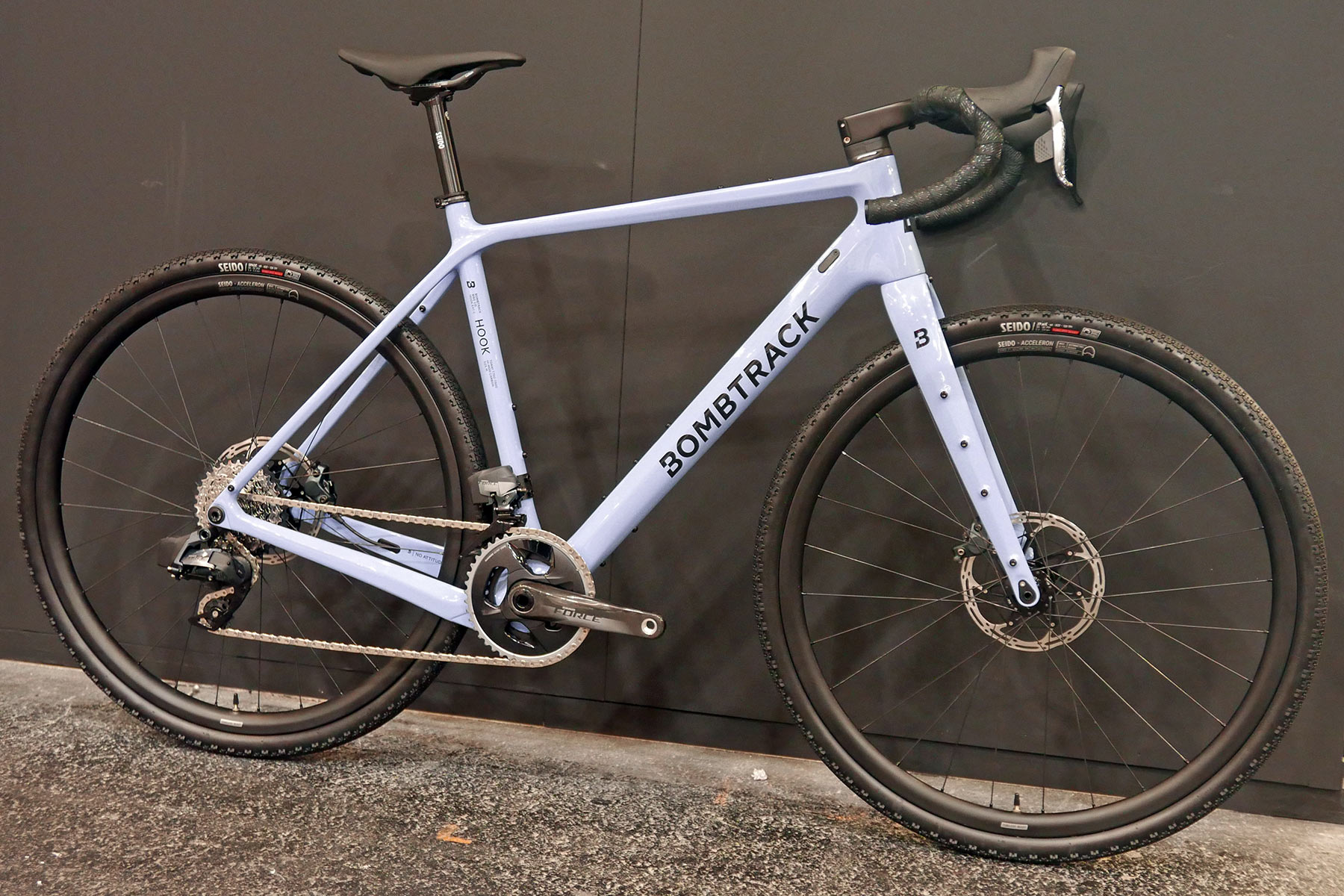 The adventure-ready Hook EXT C has been one of Bombtrack’s most popular bikes, ever since they added the carbon frame to their generally affordable & capable gravel bike line-up. Built to handle pretty much any terrain with big 700c x45mm or 650b x 2.05″, quick handling gravel geometry, and all the mounts you could need, this is a bike built for versatility.

Now, Bombtrack is giving the Hook EXT C a more modern update, adding a full 1.5″ headset to allow for stealthy, completely internal cable routing. But they know that hidden routing isn’t for everyone (and can be a hassle) so the new bike will still keep modular cable routing ports for more options. 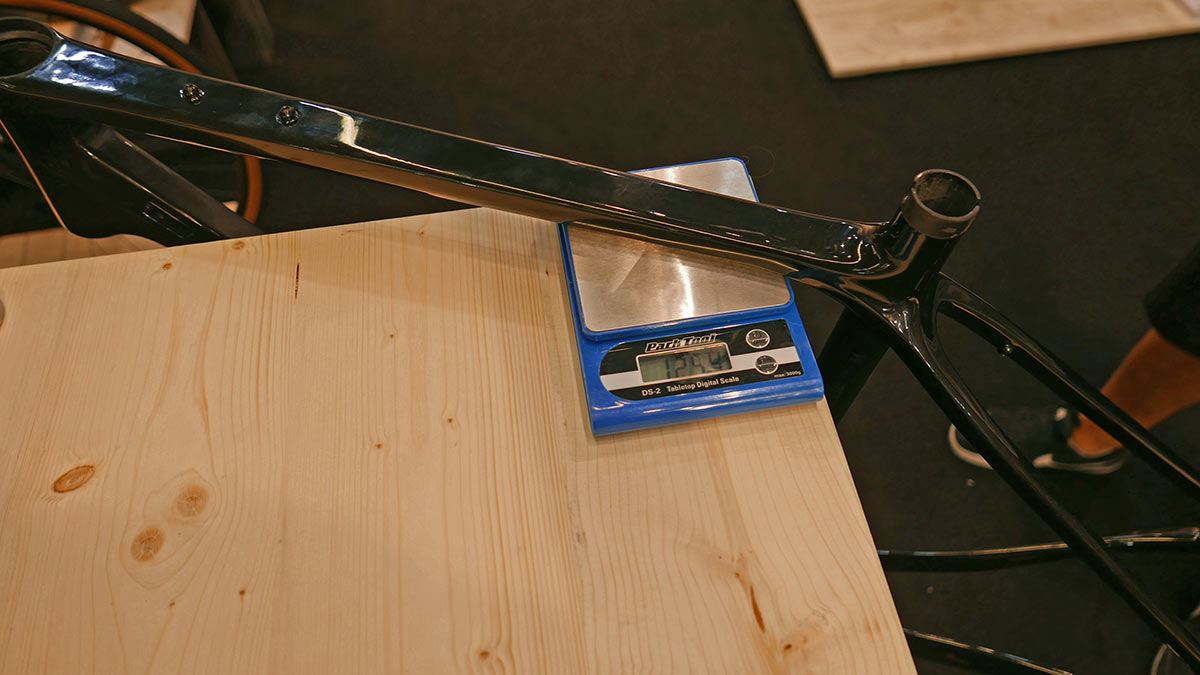 Its sole concept has never been about being an absolute lightweight – prioritizing durability, off-road capability & rider comfort over becoming a full weight-weenie gravel bike. But at just over 1200g it is lighter than ever (this size Large weighed 1254g on our scale including 14 steel cage bolts, 3-4g each). And even its new Seido x Bombtrack MGV fork is down around 70 grams to 530g when I just reviewed it on my own old Bombtrack.

Compare that to the 2710g claim for the Columbus Cromor steel Hook EXT and it’s easy to see the value in dropping 1.5kg in frame alone. This custom spec’d blue bike without anything too fancy is said to weigh 8.95kg complete.

Tube shaping on the new Bombtrack Hook EXT C is a bit more angular and modern to go with the new routing – almost aero inspired. It even gets rid of the seatstay bridge in this iteration, moving the rear rack mounts hidden inside of the stays where they can also support a removable bridge for anyone wanting to run full fenders. 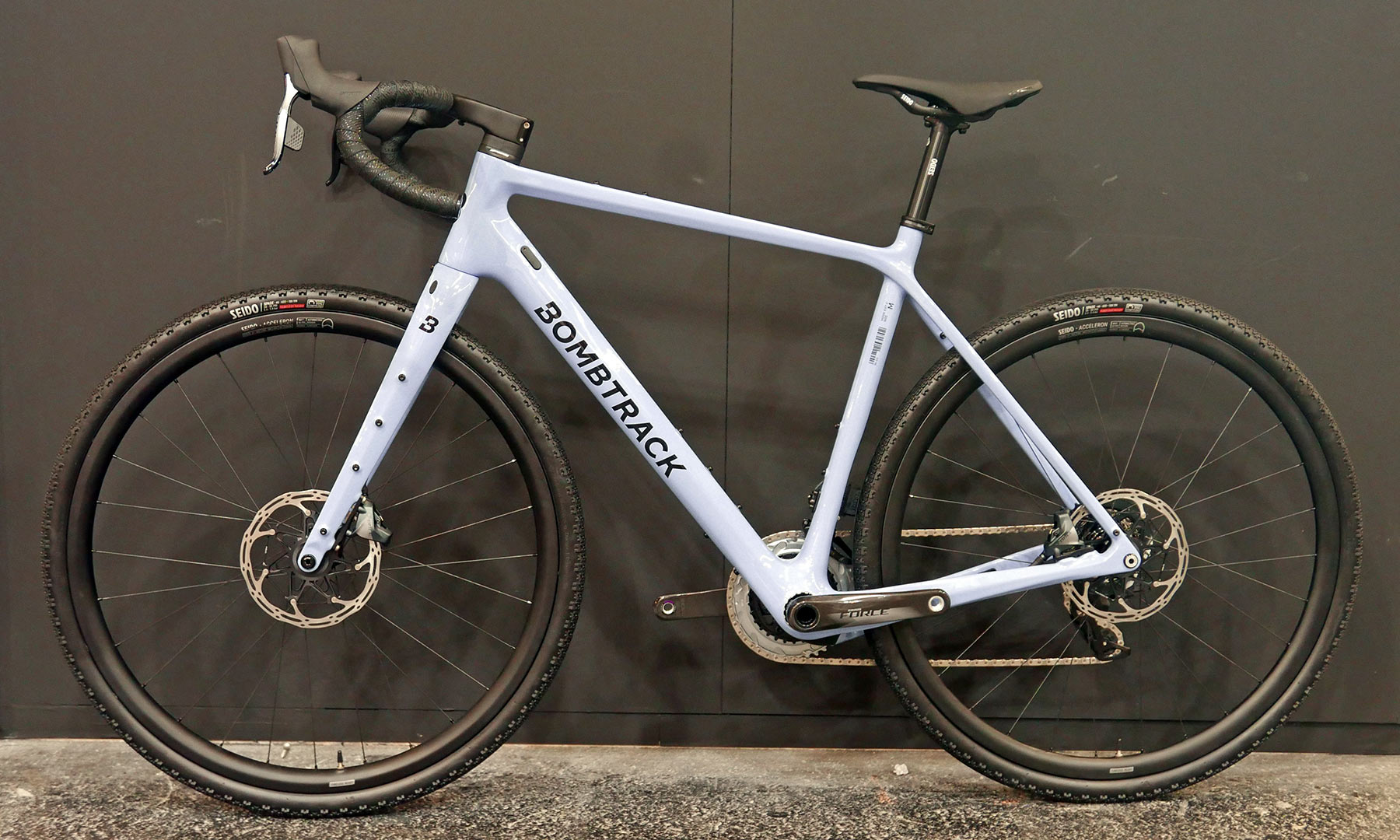 The 1550€ frameset still works with a T47 threaded bottom bracket, and external clamp for the 27.2mm seatpost, 12mm thru-axles, and flat mount disc brakes, but now also gets upgraded to a UDH replaceable hanger. Coming in the spring, the new Bombtrack Hook EXT C will be available in the glossy metallic black above or this glossy light blue. 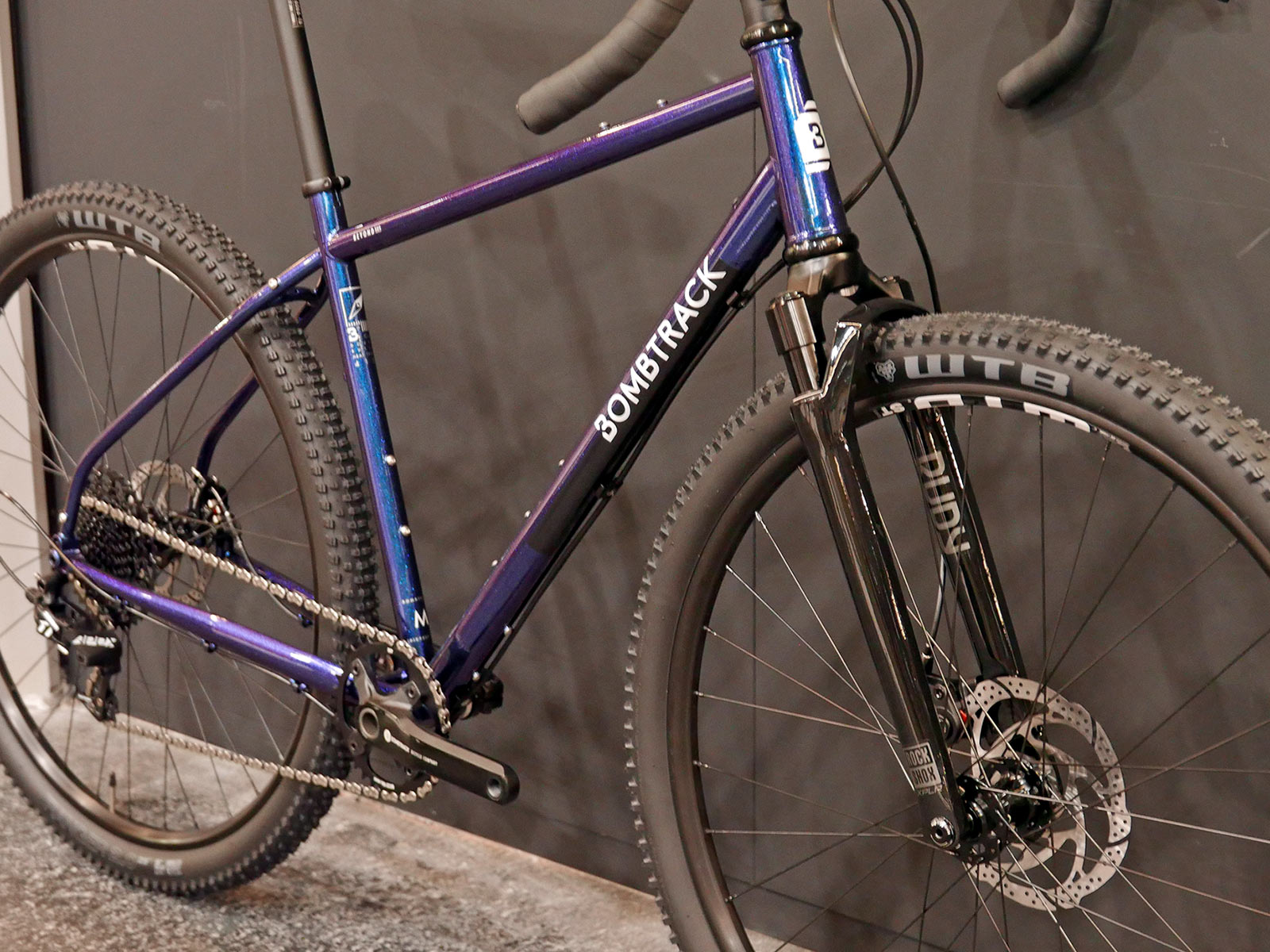 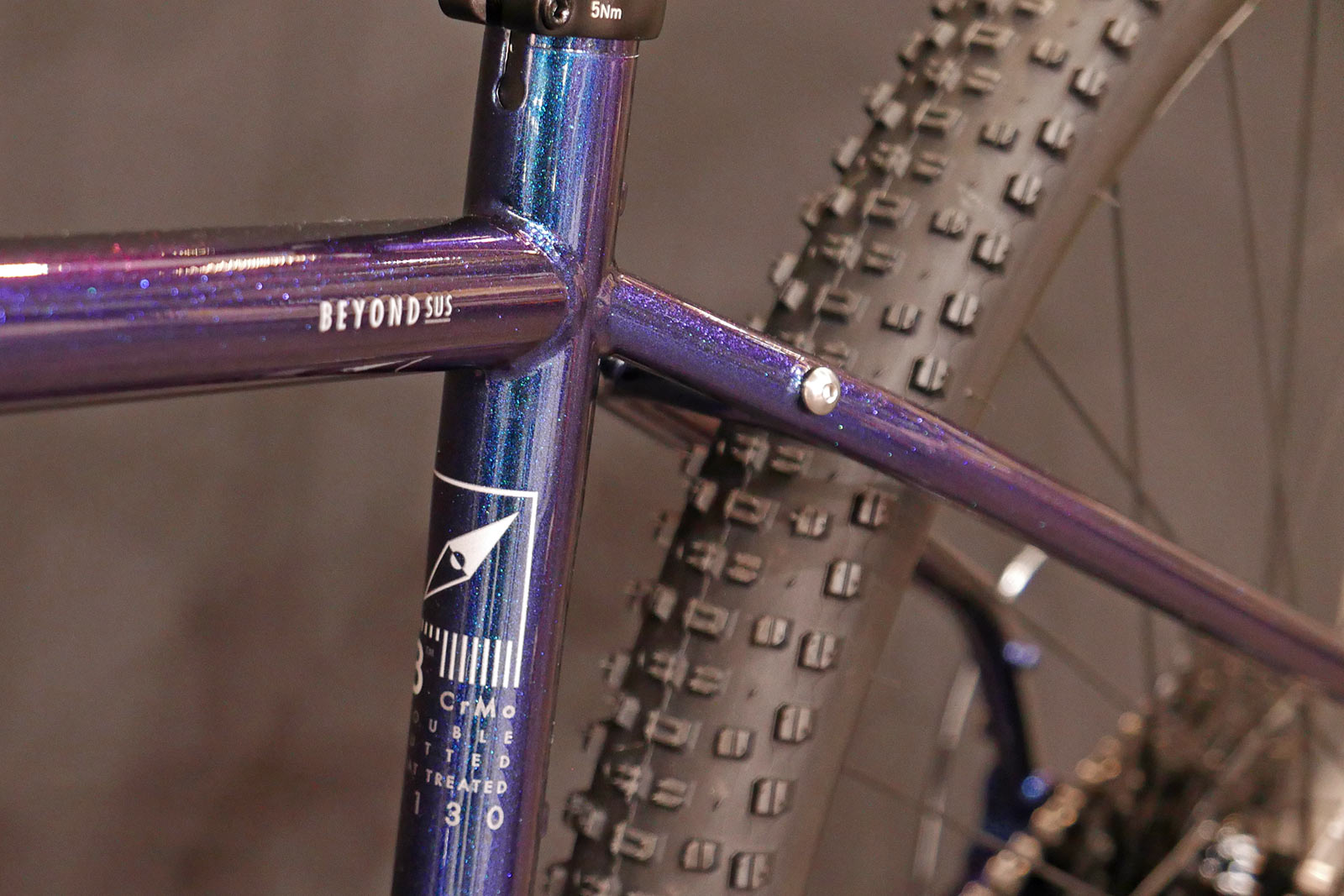 The double-butted 4130 steel Beyond SUS was already built around a 420mm axle-crown steel fork, so swapping to the 435mm a-c of this 40mm travel RockShox Rudy fork is virtually the same once you figure the suspension sag. 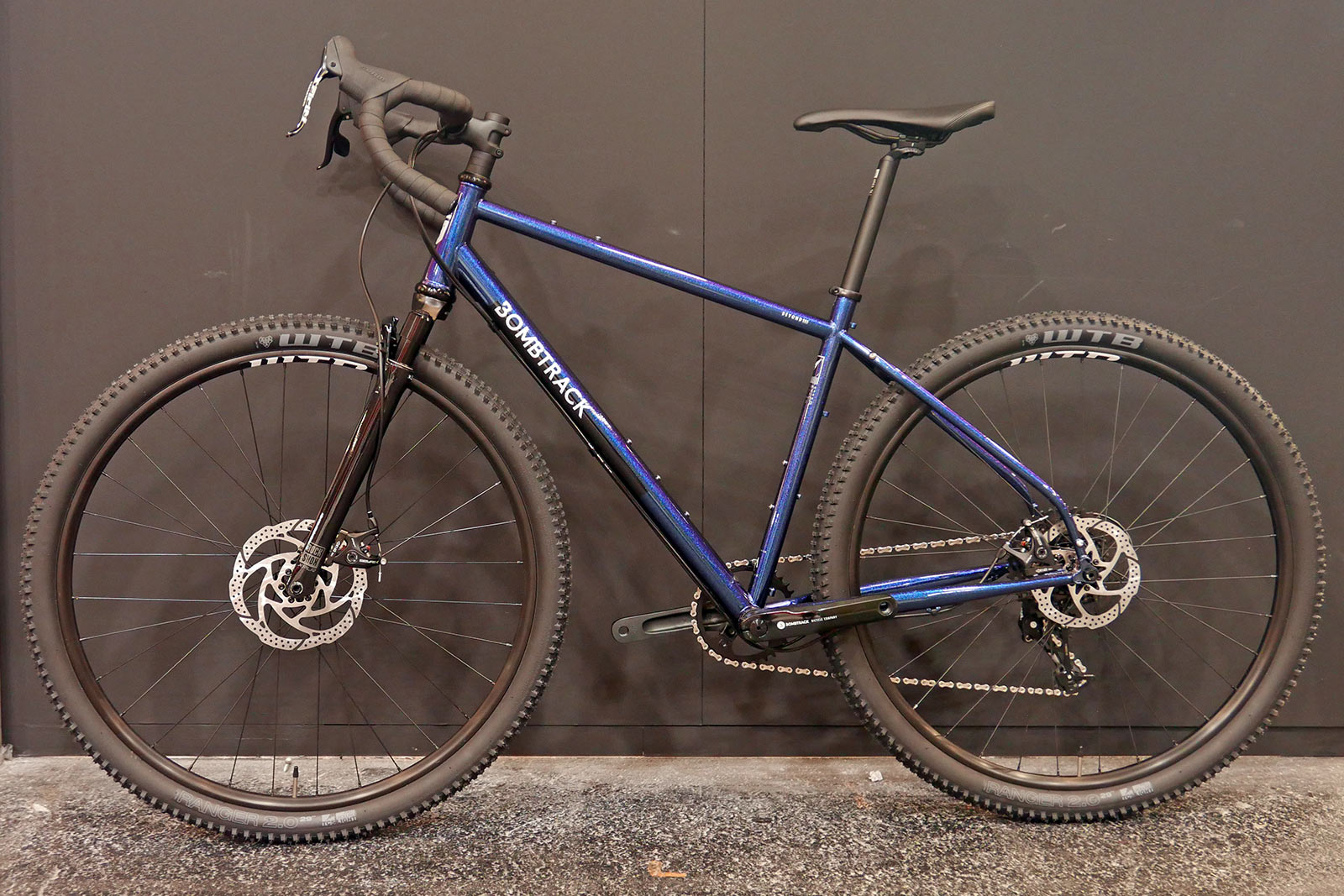 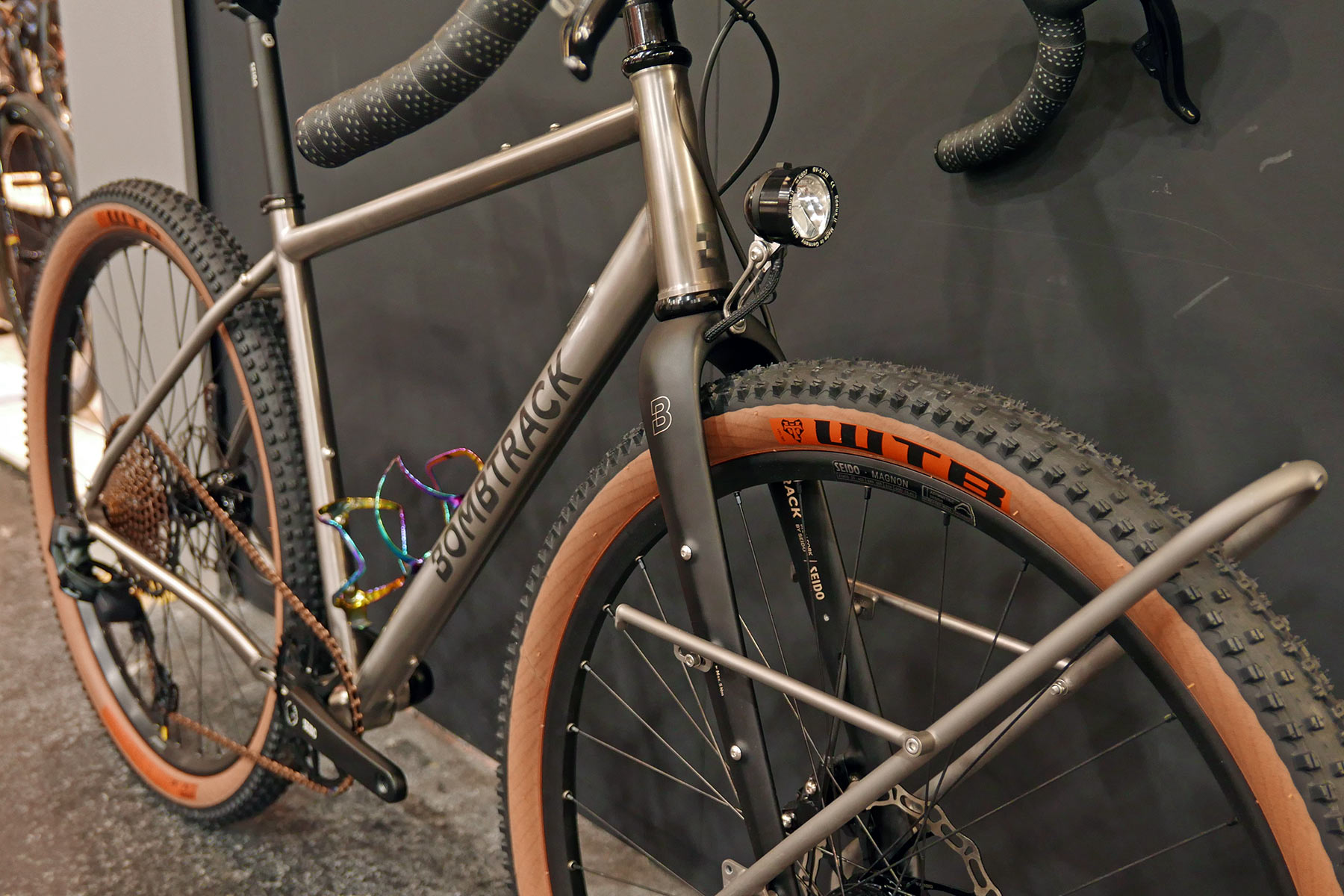 That 2.5kg steel Beyond frame also will be getting a >500g lighter and more premium sibling in this new Bombtrack Beyond Ti adventure bikepacking bike. 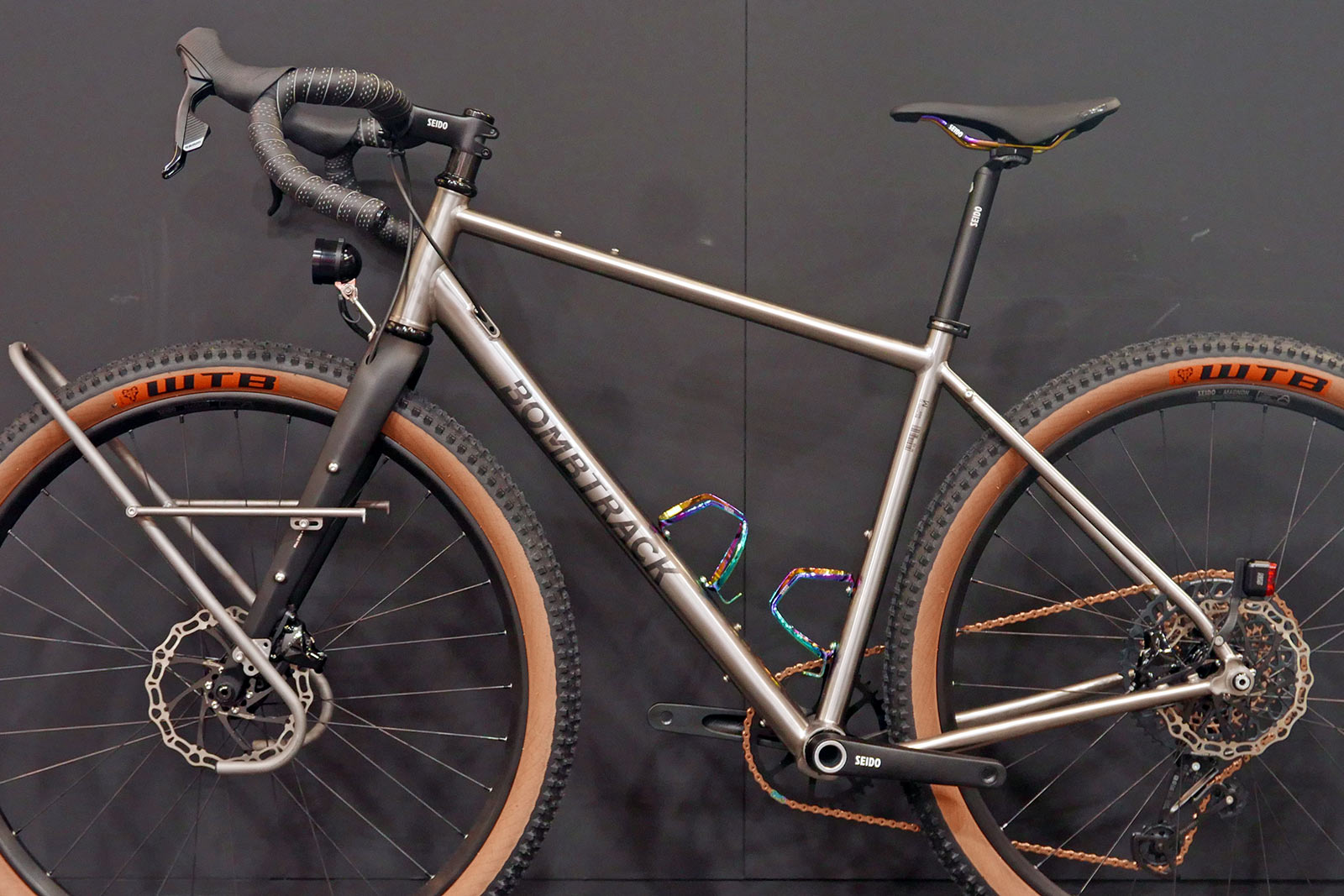 Available for 3100€ only as a 3Al-2.5V titanium frameset paired with the new Seido MGV carbon fork, it features the same go-anywhere, loaded-down-with-anything mentality as the regular Beyond adventure bike, with even a bit more tire clearance. 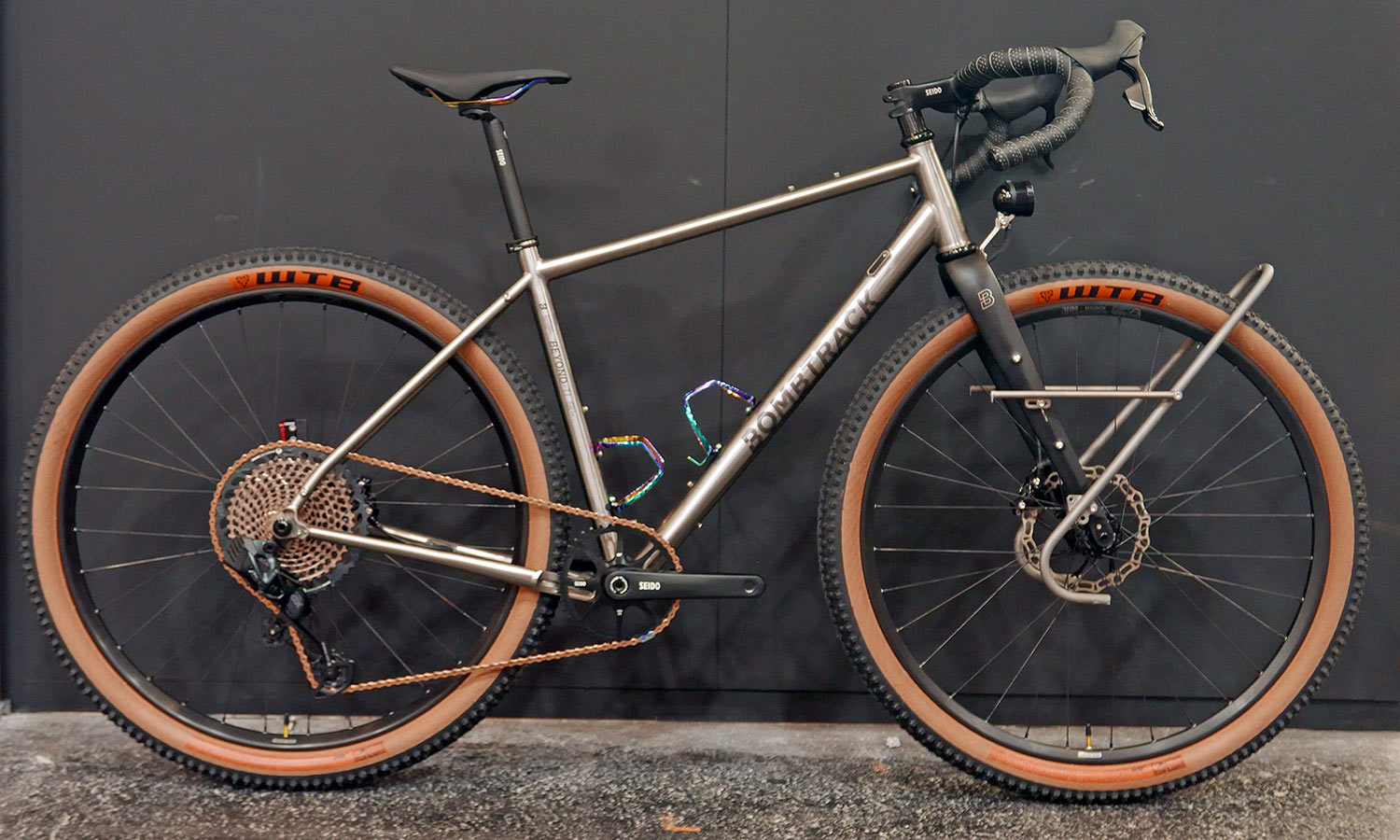 The 1x only ti frameset gets an external 1.5″ tapered headset, modular internal cable routing including for a 27.2mm dropper seatpost, a T47 threaded bottom bracket, UDH hanger, 12mm thru-axles, and flat mount brakes. And this is a bike built for forever adventure touring, so it also gets two sets of triple cage mounts inside the main triangle, a set of cage bosses under the downtube and on top of the toptube, full front & rear rack & fender compatibility, and even mounts & wire routing for dynamo-powered front & rear lighting.

No complete Beyond Ti builds are anticipated. But Bombtrack weighed this complete bike at 11.95kg in a medium, if you are looking to build one up like this with their alloy cockpit, wheels & dynamo lighting

Hook EXT Ti will get a complete gravel build? 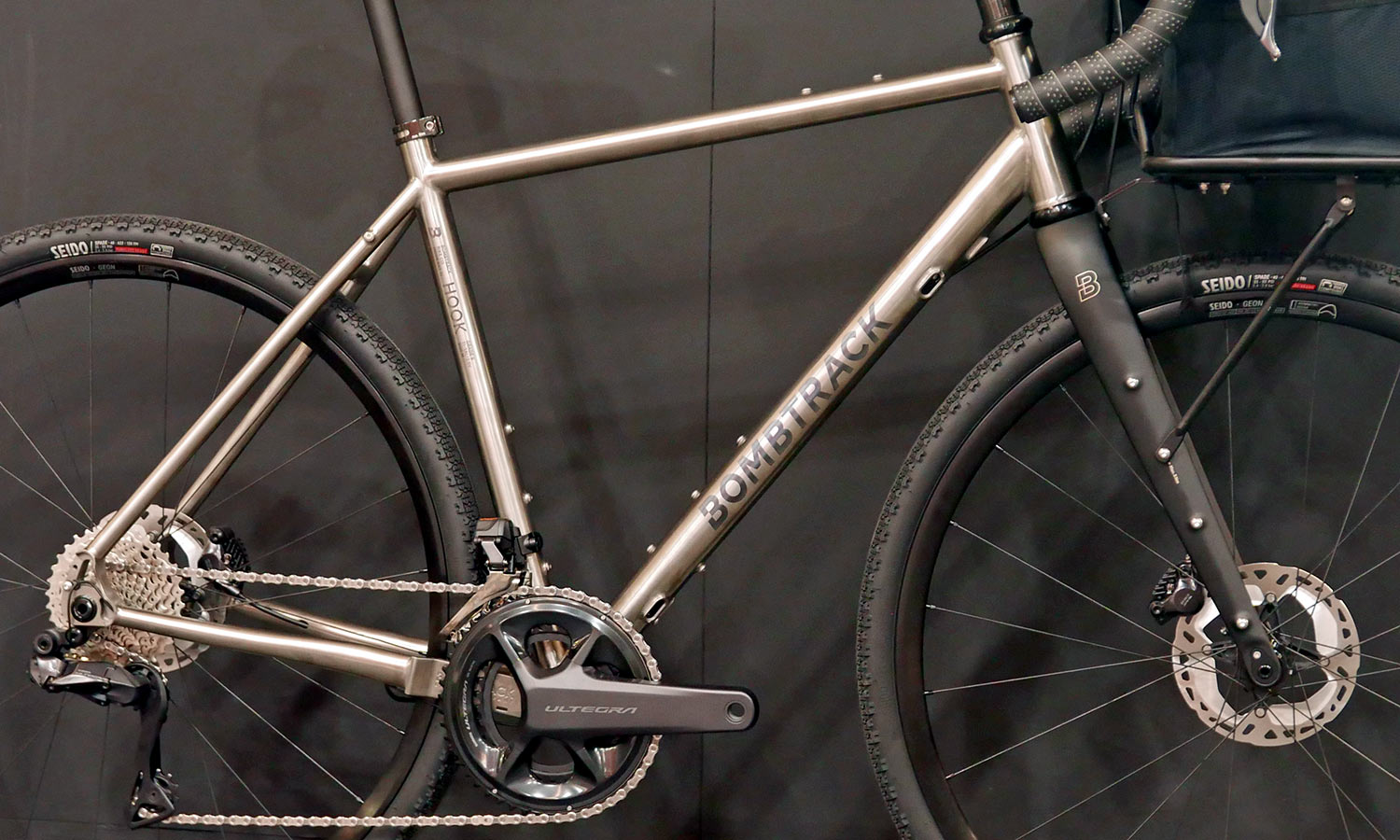 It was really Bombtrack’s existing Hook EXT Ti that convinced them to make that ti Beyond. Debuting two years back as a super limited edition titanium frameset of their popular gravel bike, the Hook EXT Ti might get a complete bike build option in the near future now, too. 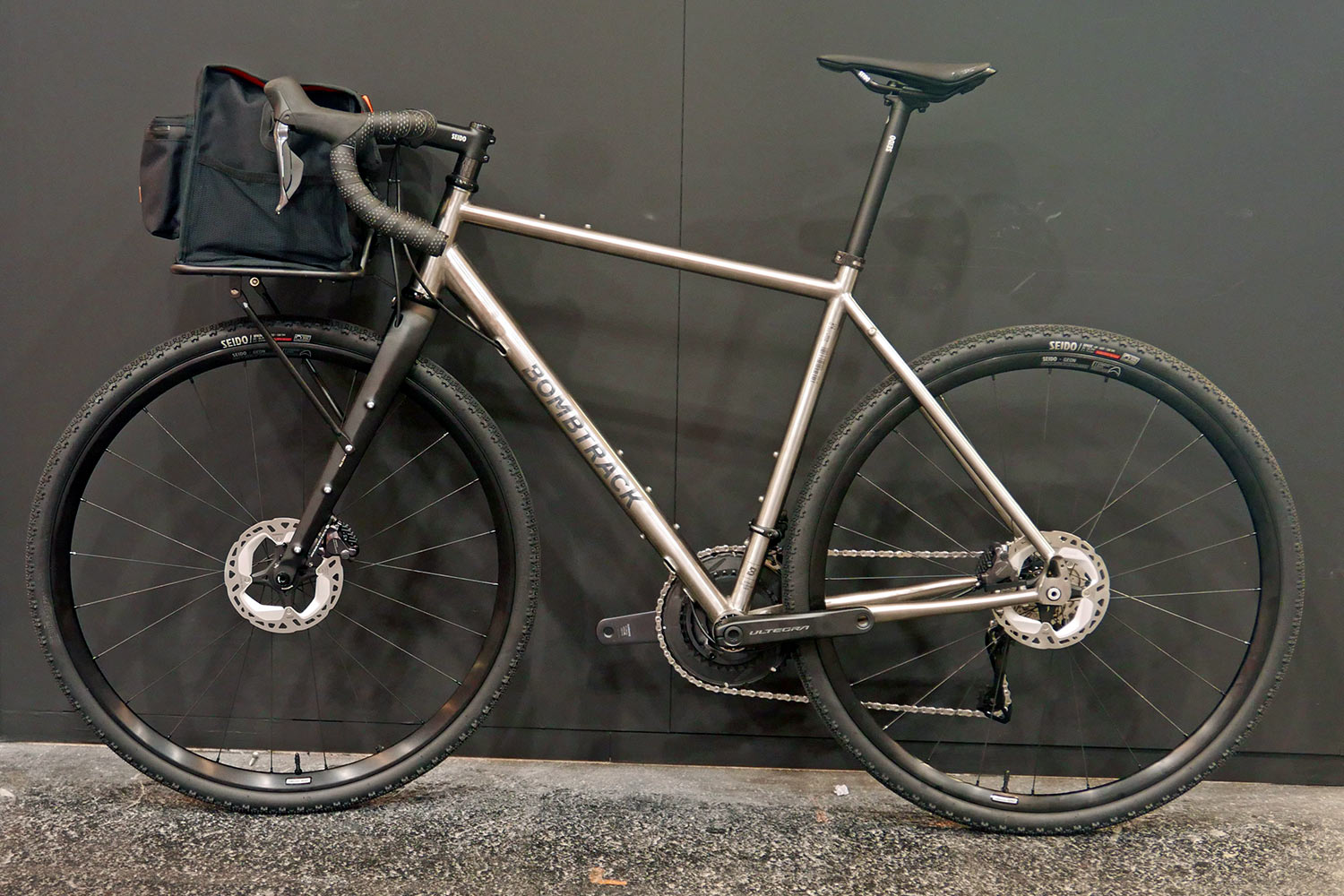 If so, it could be one of the most pricey Bombtracks yet, whether it gets a new Ultegra Di2 2x12speed build like this one, or a GRX Di2 2×11 build like when we first saw the 9kg forever gravel bike. Until that time, you can keep getting the Bombtrack Hook EXT Ti frameset for 3100€ as a frameset with the new MGV fork, and build it up however you wish. 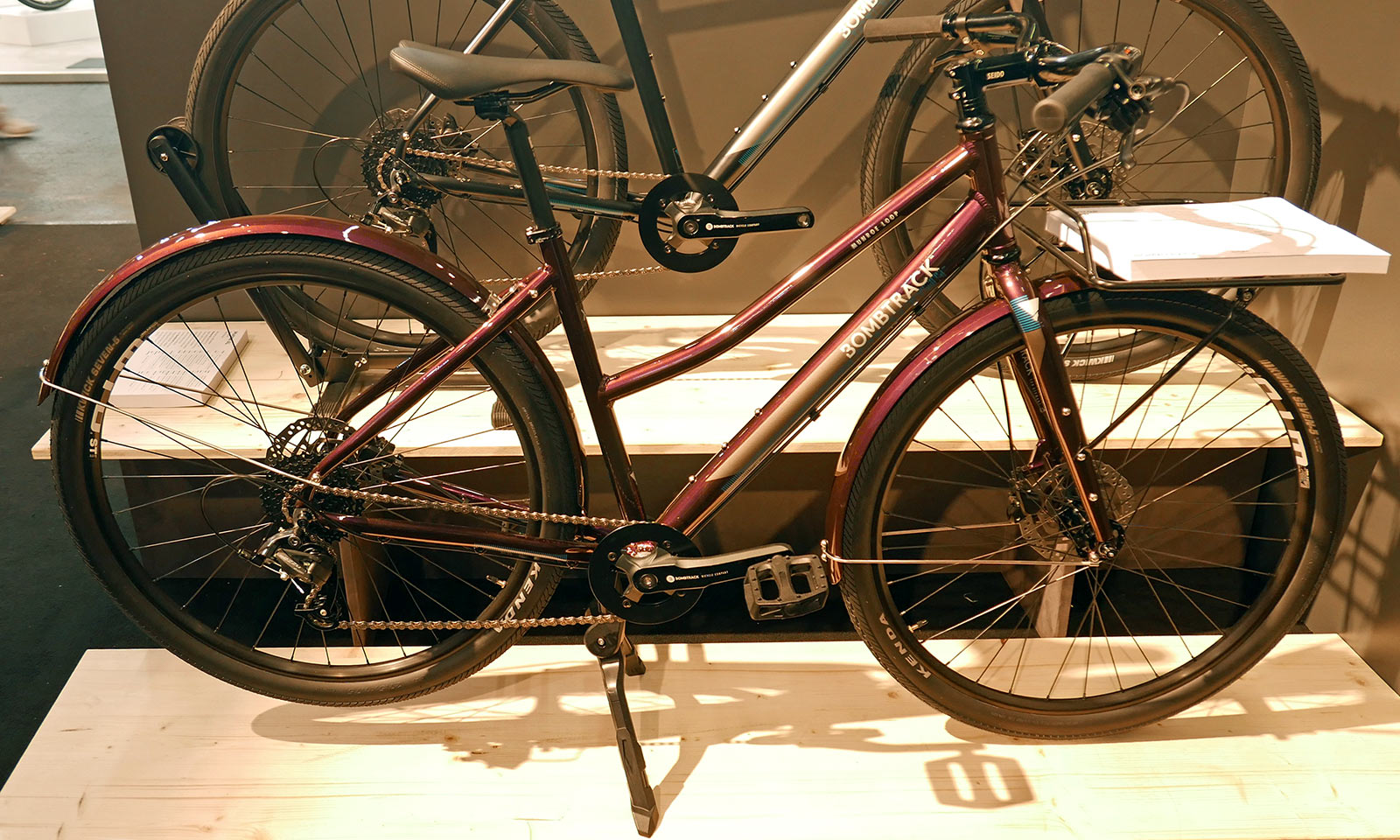 What more could you need for running errands around town? 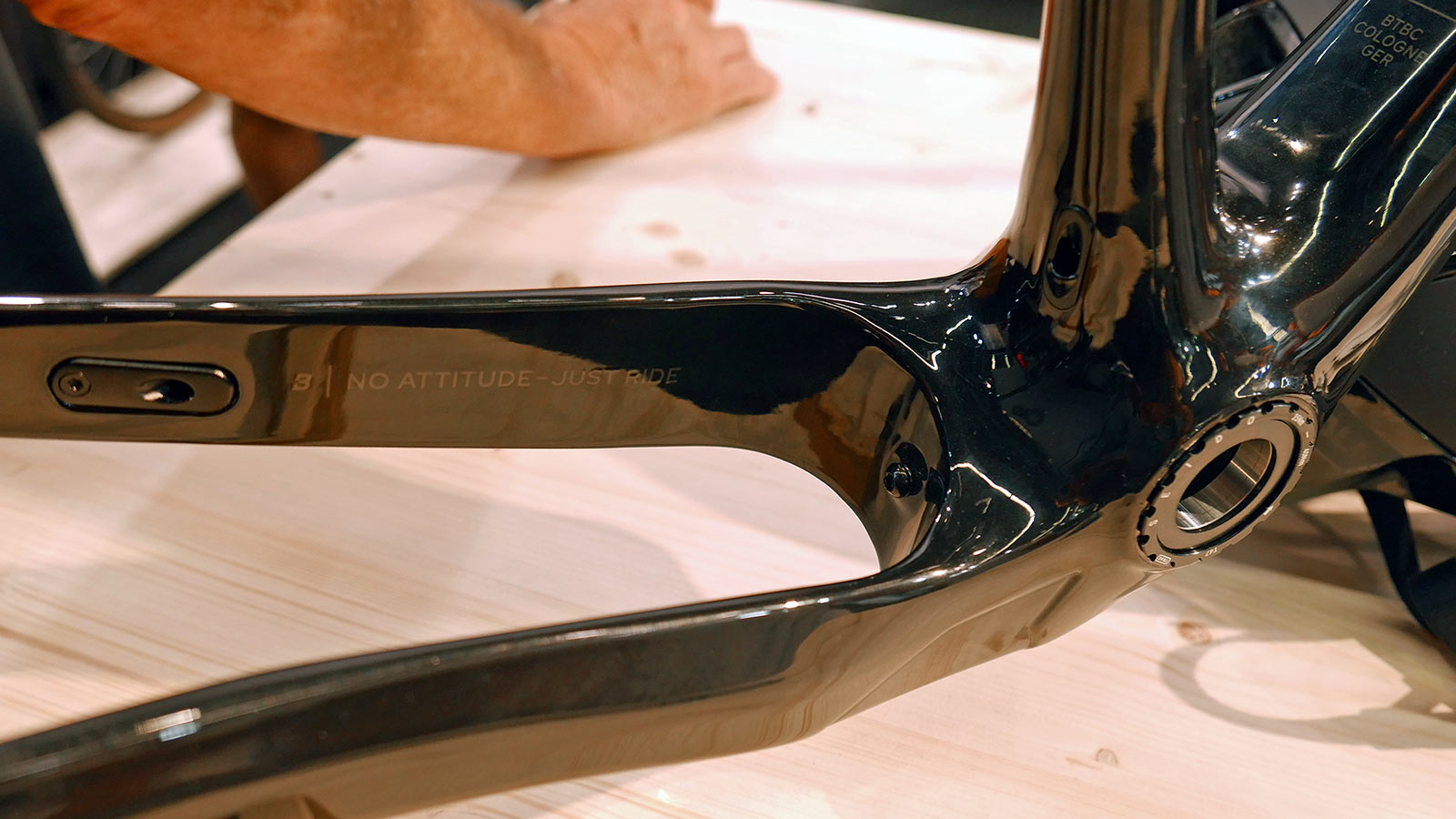 As for availability, all of these new bikes are likely to show up in Bombtrack dealer shops early next spring. But they often sell out pretty quick, so if you see something you like, get in touch with your local shop to have them reserve you one now.

In the meantime… no attitude – just ride.