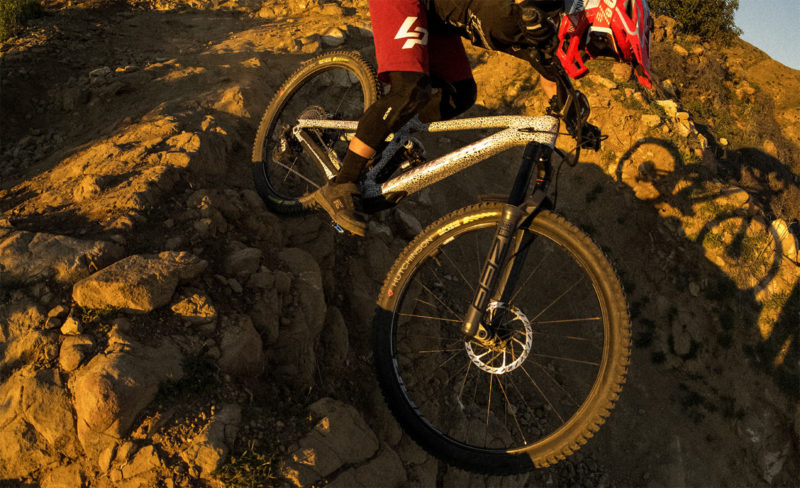 Great forks are one thing, but if you want your bike’s suspension performance to feel properly balanced front to rear, the rear shocks need performance to match. The new MY23 Deluxe and Super Deluxe rear shocks get similar updates to the new MY23 Pike, Lyrik and ZEB forks, with coil and air versions with new air volume options, to keep everything moving in sync.

The big updates for the 2023 Rockshox rear shocks are:

Across the range, most of the best new tech sits on the top models, which are also the only ones you can buy as aftermarket upgrades, so we’ll focus on those. 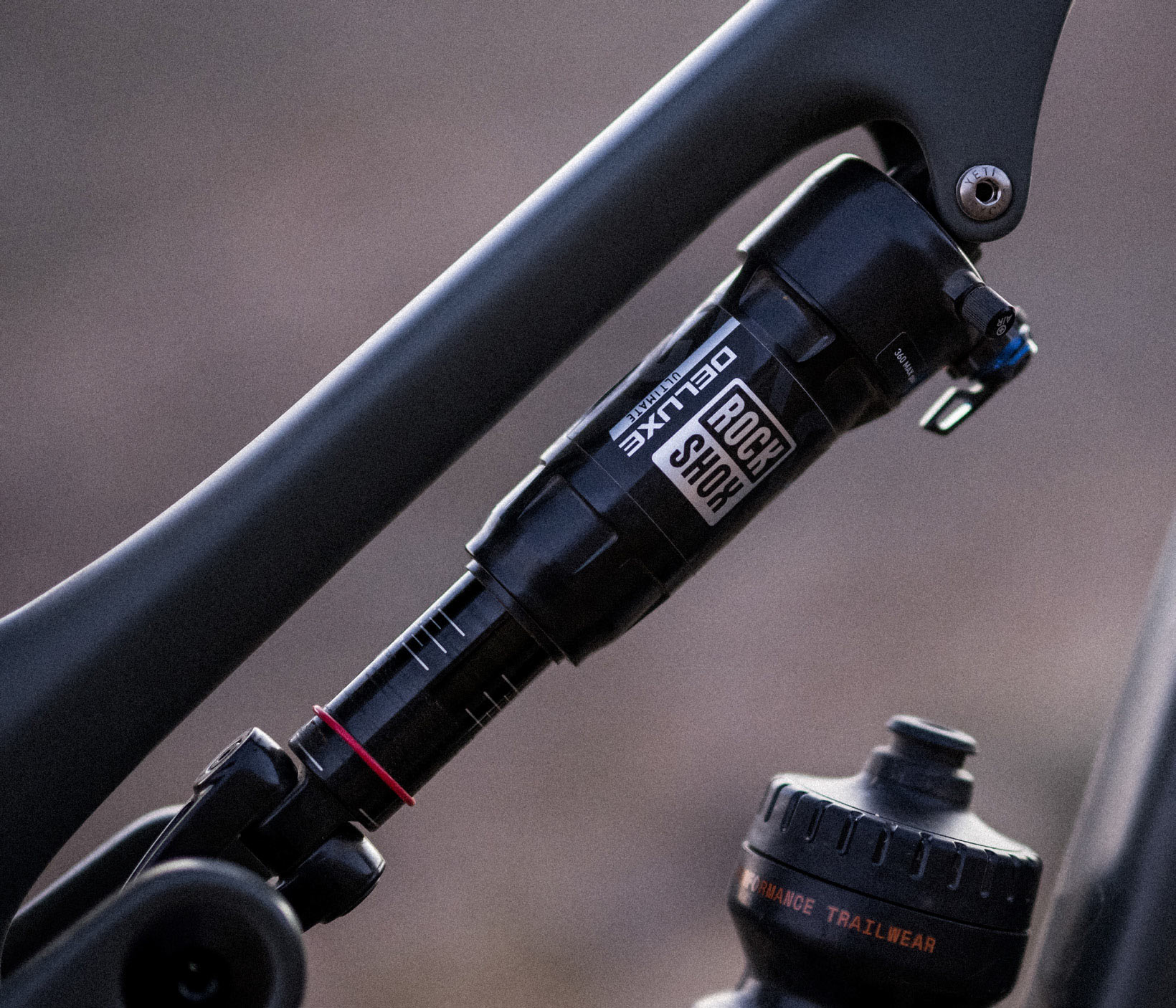 The Deluxe lineup is their inline option, offering both air and coil spring models. For the air-sprung Deluxe, you’ll find a new DebonAir+ design that gives you a lot of tuning options.

Choose from two different air cans, with a larger “Progressive” air can to add more playfulness to a bike with linear leverage rates, and a Linear air can to maintain a more linear spring rate on progressive bikes, helping you use all the travel. Then tweak both the positive and negative air spring volumes with Bottomless Tokens. 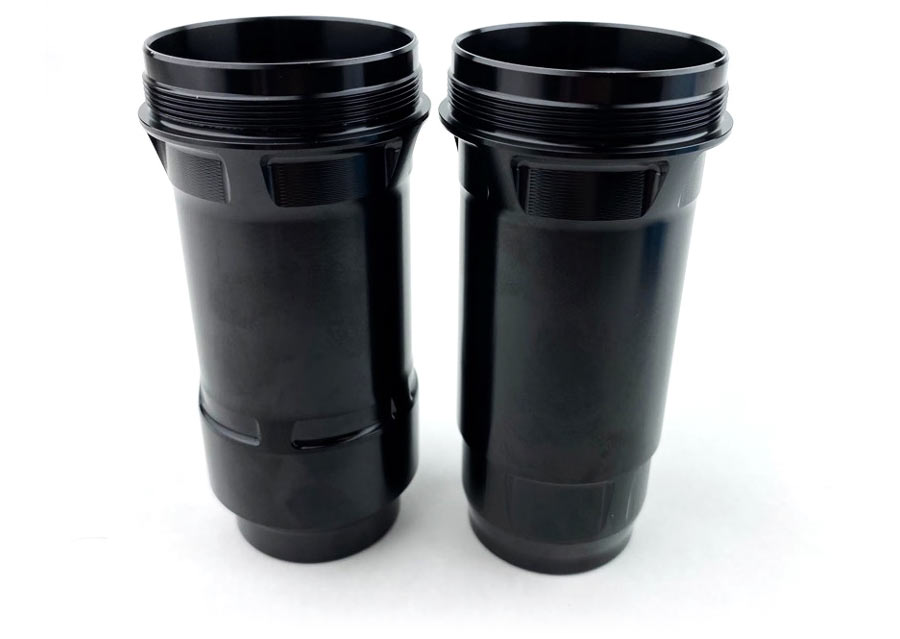 The two different air cans let you choose (or, more likely, let your bike’s manufacturer choose) the best air volume to augment each frame’s particular kinematics. Volume spacer Tokens let you fine tune the volume from there, for both the positive and negative air chambers. 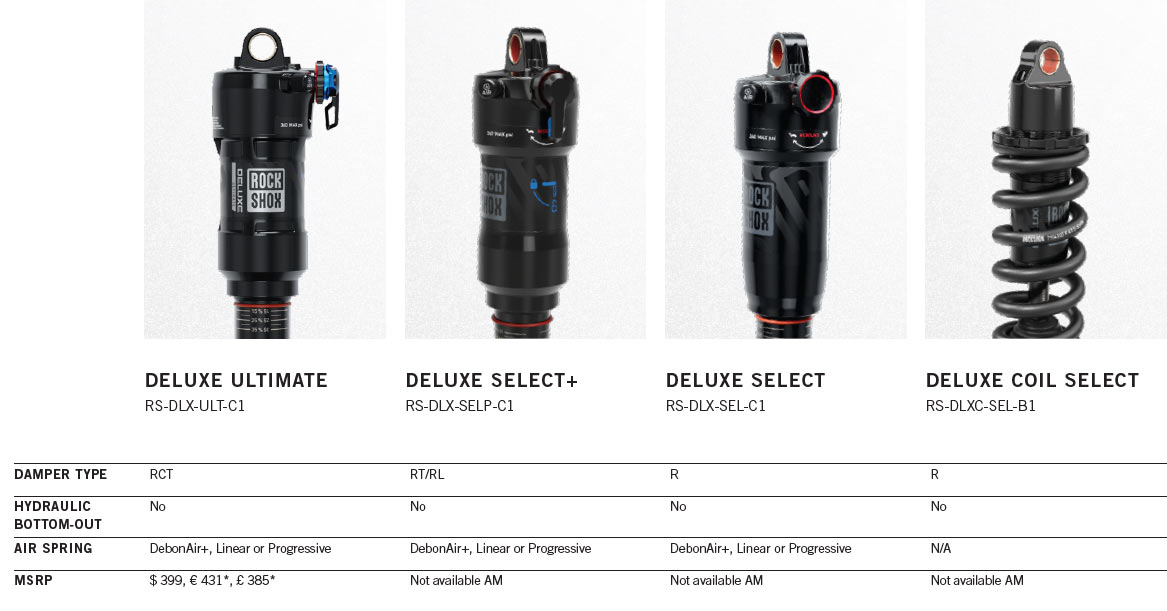 The Deluxe Ultimate gives you all the tuning options with separate lockout and low-speed compression adjustments, plus a rebound adjustment knob. There’s also an inline Deluxe Coil shock for OEM use, giving more brands the ability to fit a coil spring into more frames, so look for that on aggressive budget bikes.

What about the IFP?

While the new forks use a coil-backed IFP, the shocks stick with a nitrogen-backed IFP. Just as an FYI, the downside to this is that you need really tight seals to keep that gas from escaping, and those tight seals create friction, so the piston can’t move as freely or react as quickly. But because you need the back pressure to prevent cavitation, and shocks see much higher pressure than forks (thanks to leverage ratios), you need that tight seal.

That said, the seal only creates stiction when it first gets moving, and Rockshox uses their CounterMeasure spring to ease it into motion, kind of like a negative spring for the IFP. 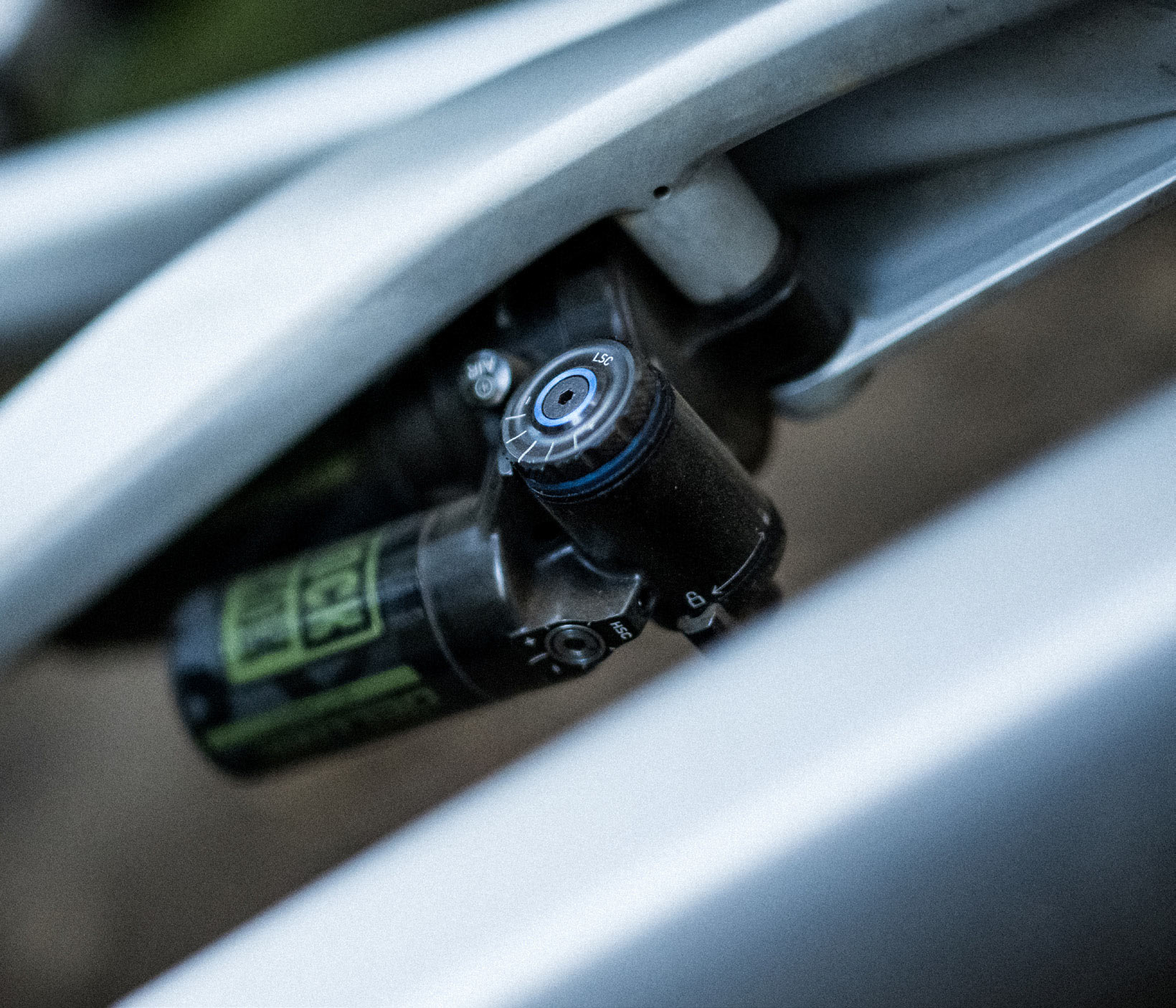 The Super Deluxe lineup adds to the tunability with a new RC2T damper. Like the new forks, the compression damping circuits completely isolate high and low speed circuits, giving you more refined control over their performance.

The base tune is set by the bike brand, based on each frame’s kinematics, and sits right in the middle of the shock’s tuning range so that you have the maximum amount of adjustment in both directions. 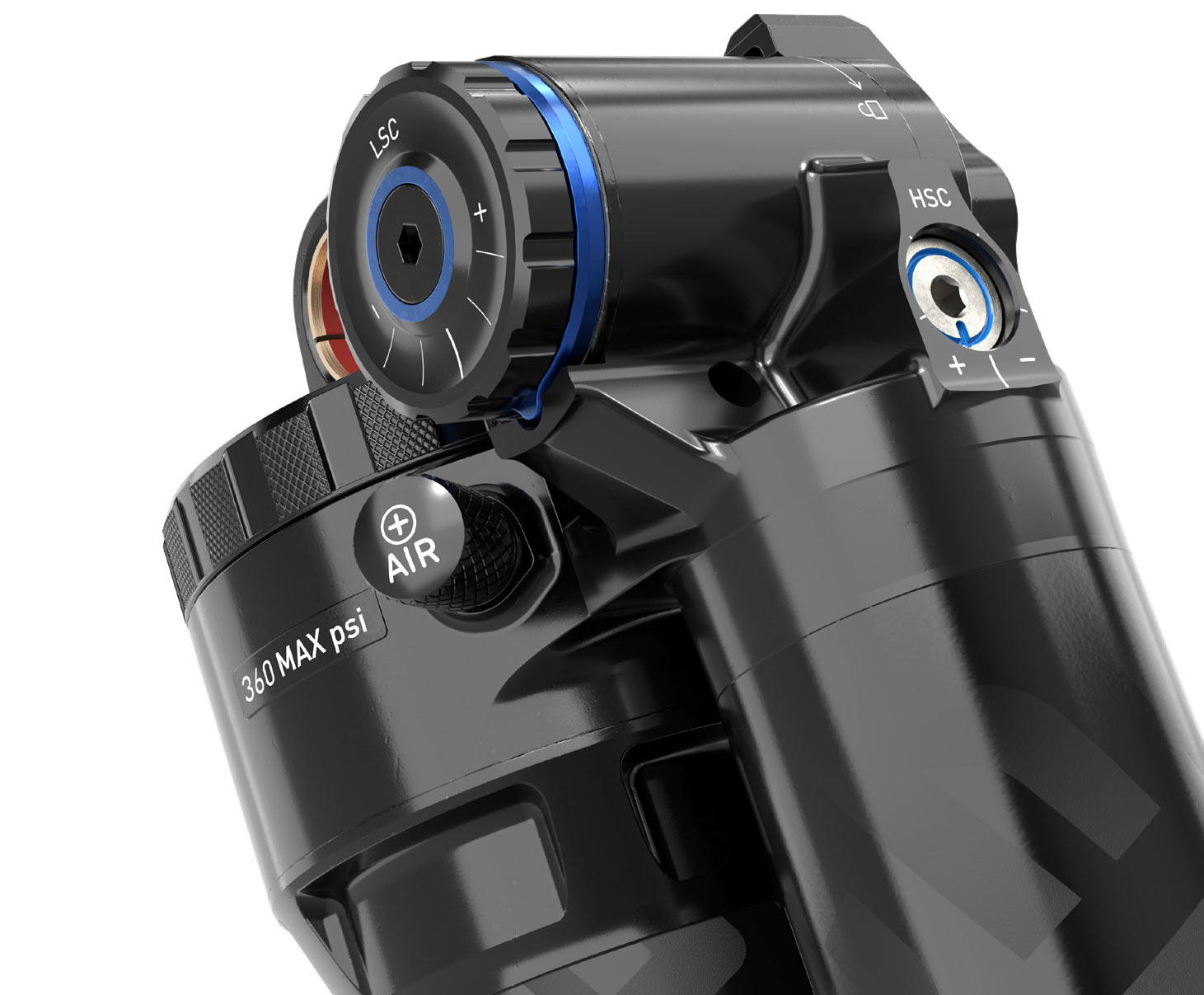 The low speed circuit gets an large knob, while the high speed adjustment is a tooled adjustment. Both get five clicks, which doesn’t sound like a lot, but Rockshox says they’re “meaningful” changes. A separate lockout lever sits opposite of the LSC knob, and a rebound knob gives you 15 clicks of adjustment. 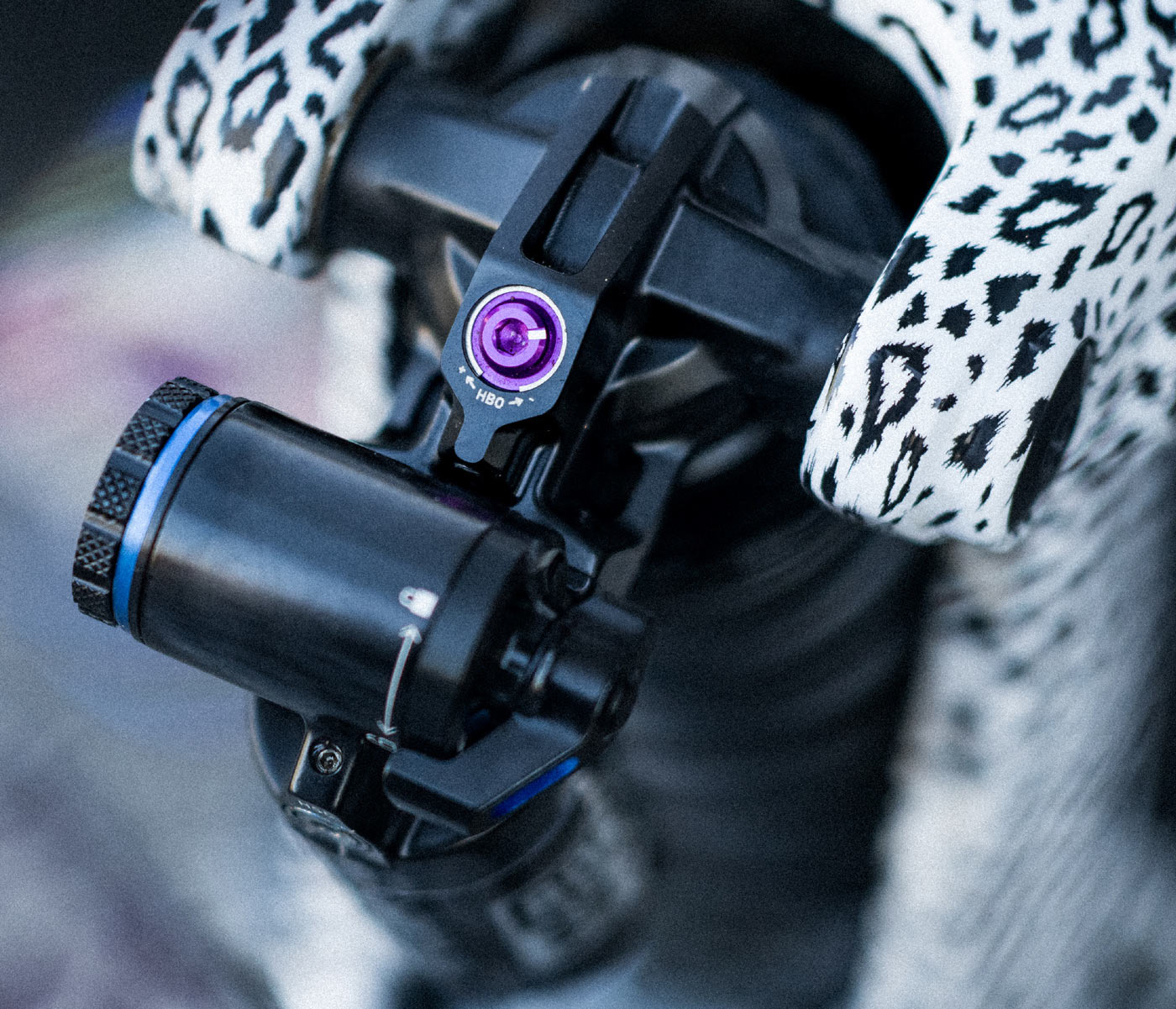 The biggest new change is a Hydraulic Bottom Out (HBO), with both fixed and adjustable options. It works by gradually closing off damping oil flow in the last 20% of travel, making it more progressive to prevent a harsh bottom out. It’s important to note, this only affects the compression damping rate, and not the spring curve, however they work in concert as a tuning tool.

On air shocks, the HBO is fixed, but optional…choose a model with it if you routinely take big hits and landings and want better bottom-out control without having to add a bunch of positive air spacers or firm up your suspension. If you’re not worried about harsh bottom-outs, skip it.

On coil shocks, the HBO is adjustable. Leave it wide open for a typically linear coil spring feel. Dial in more HBO damping for more bottom-out resistance as needed. 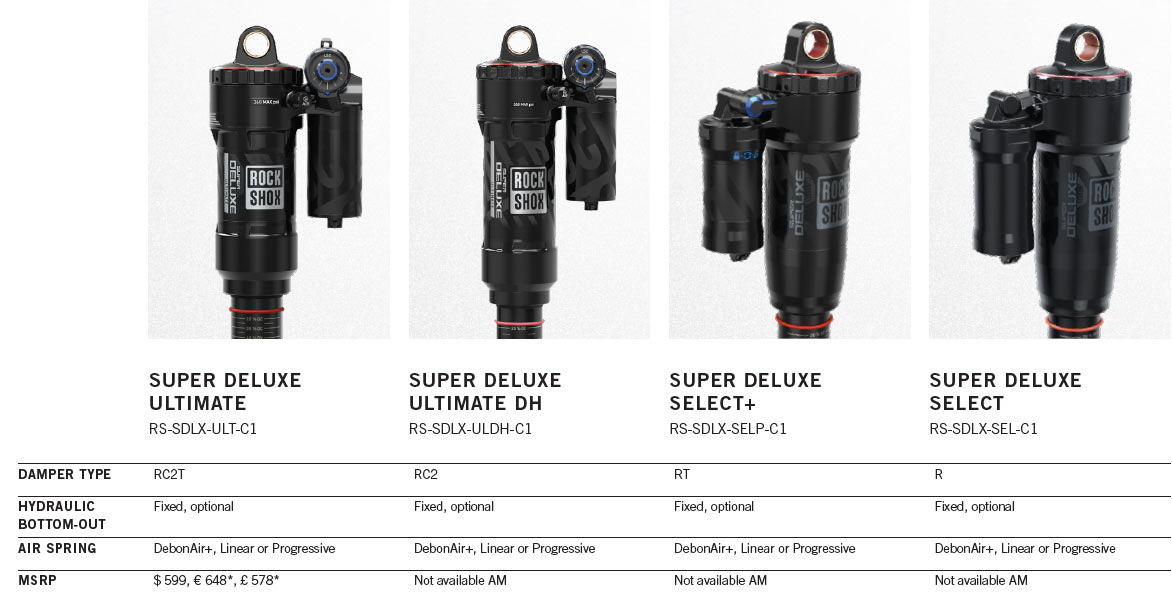 While the new air cans are not backward compatible with prior Deluxe/Super Deluxe air shocks, the coil springs used here are the same as before, with all of the previous color, size, and weight options.  If you get a bike with one of the lower level shocks on it, you can also upgrade any MY23 Super Deluxe coil spring to the new RC2T reservoir. 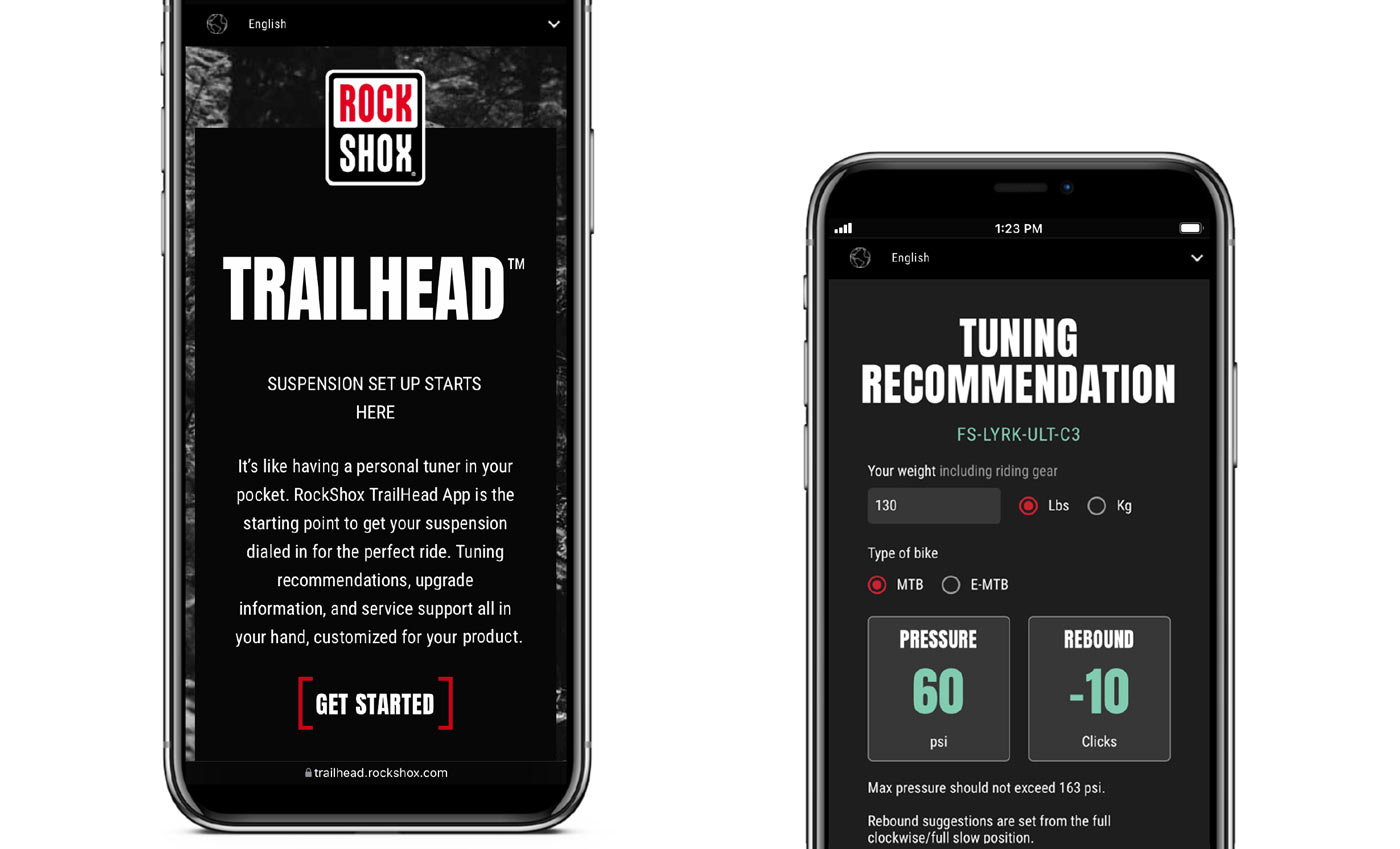 If all of this sounds like a lot, check out the new Rockshox Trailhead web app. Just pop in the model of 2023 fork or shock, your bike, and your weight, and it’ll help you set it up and tune it. It’ll also link to product and service manuals for your equipment.