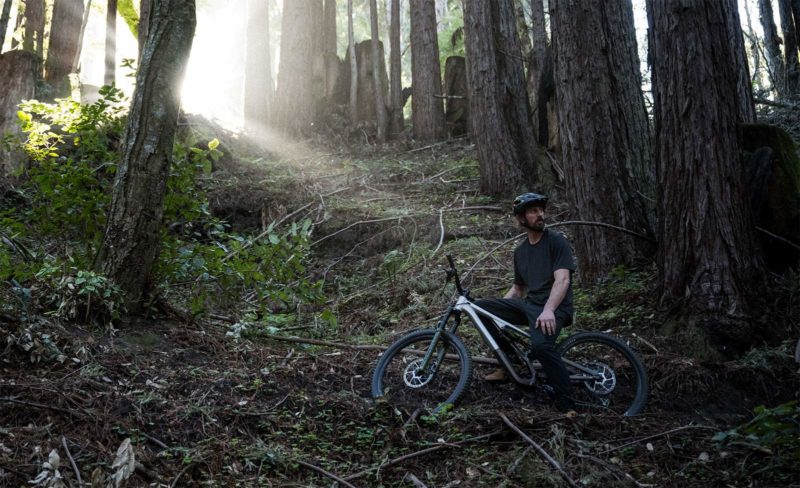 Over the past four years, Rockshox has made major strides in reducing friction, improving spring rates, and making their mountain bike suspension forks both plush and supportive. These changes came incrementally over several model years, first with Charger 2.1, then a revised air spring design, followed by a DebonAir airspring in their forks.

Now, they’re revising the internals yet again, introducing new damper and air spring designs, and changing the chassis and model org chart, all at once. The goal? Even better forks, of course, and a lot of the new tech transfers to new rear shocks, too! 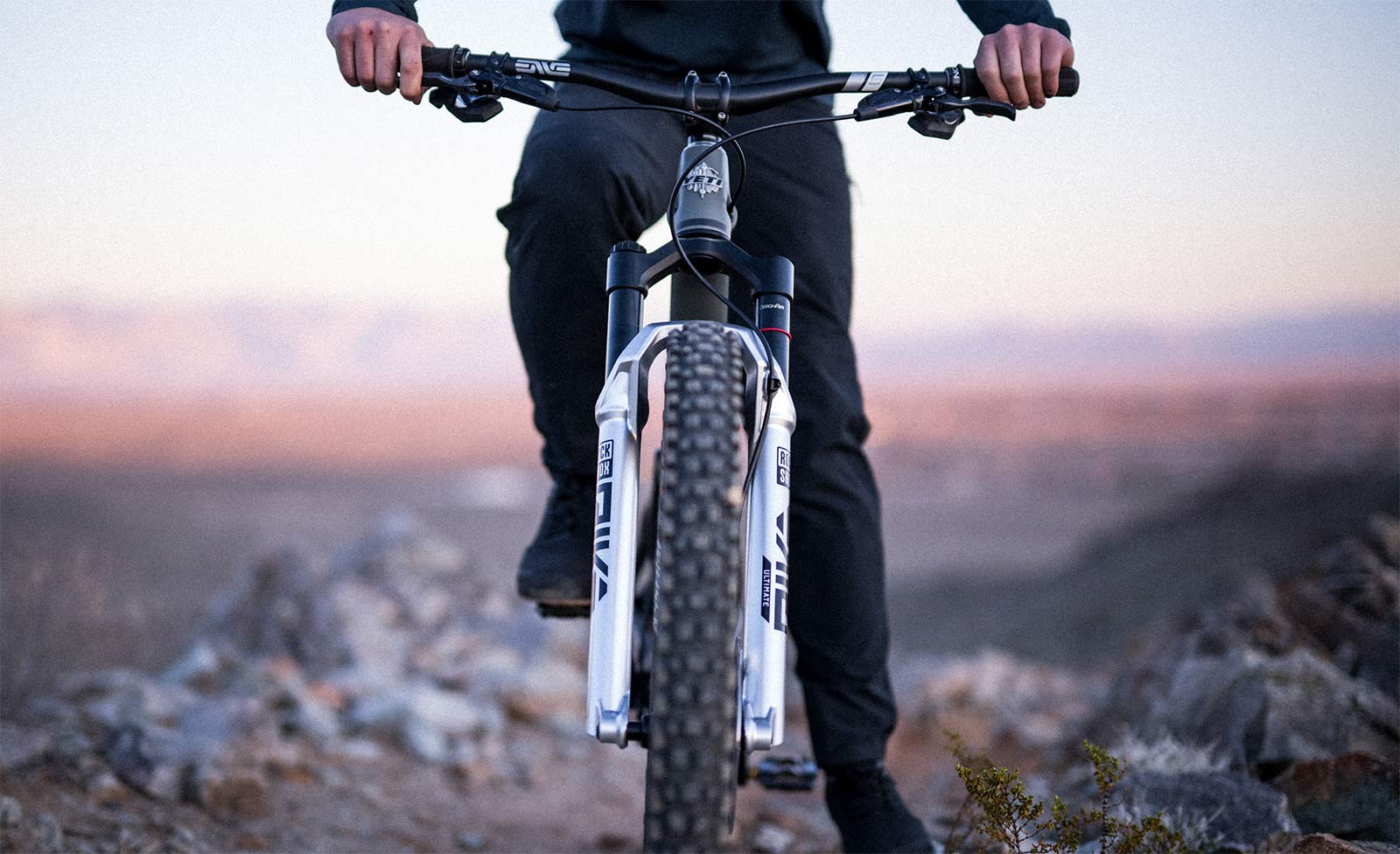 The changes come for the Pike, Lyrik and ZEB forks. Until now, these models’ travel ranges have overlapped, with the Pike being everything from a light trail up to full trail model, and the Lyrik stepping in along the way to take things a bit further before the ZEB made sense.

This let Rockshox optimize the chassis, damper, and air spring for a very narrow range, rather than having to overbuild one or add range for another. Conveniently, this new range picks up right where the SID SL (100mm) and SID (120mm) forks leave off, giving Rockshox very specific models for every category of bike.

Internally, the big changes are: 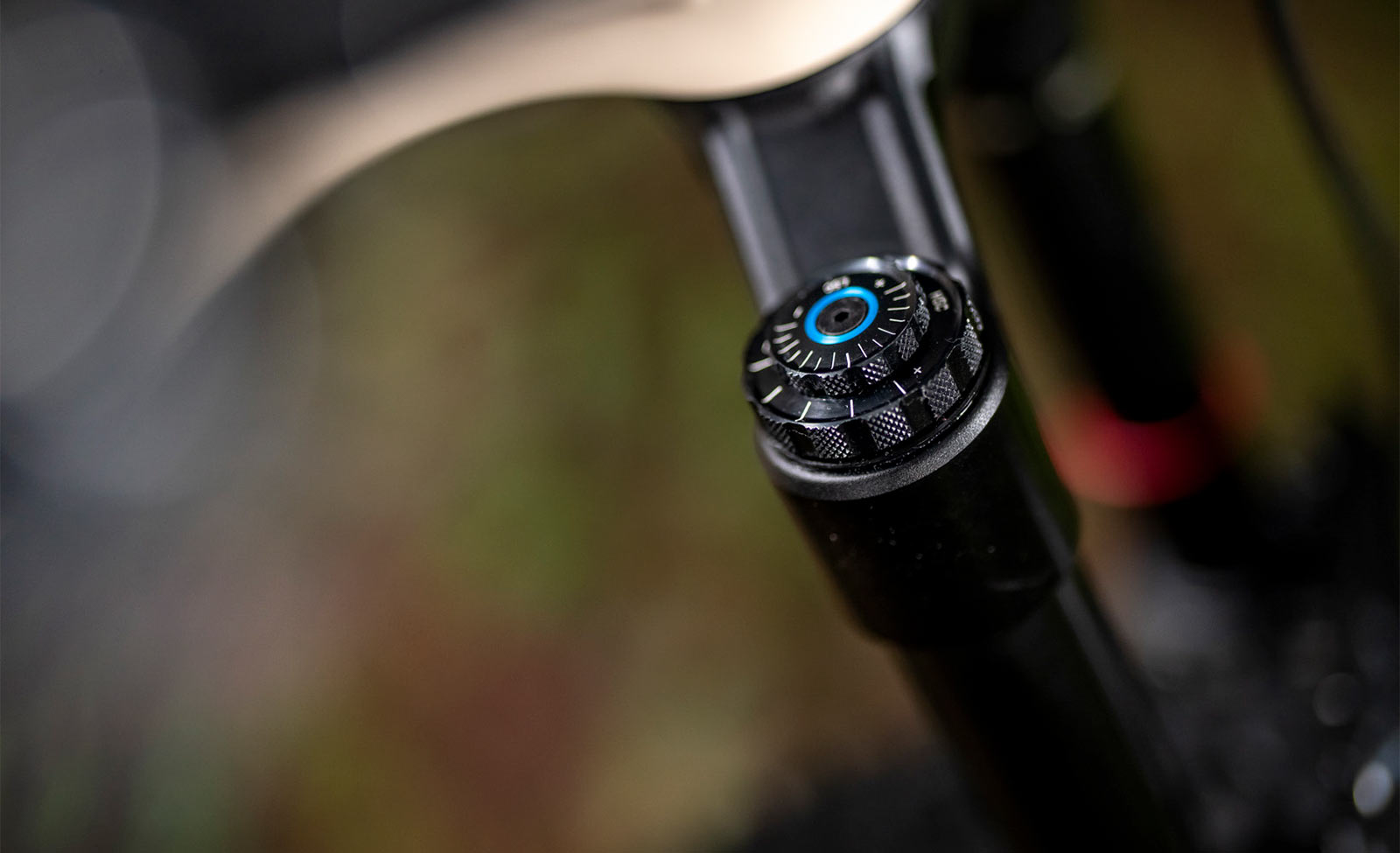 There are two big changes to the Charger damper – independent high- and low-speed compression damping, and a coil-sprung IFP.

We’ll start with the IFP (Internal Floating Piston), because it’s a key part of making the new damper work. Recently, Rockshox has used a bladder-based (Charger 2.1 RC) damper in their higher end forks. And a bladder based solution is great at keeping air and oil from mixing, but doesn’t do as much to push the oil back through the rebound circuit (which maintains proper back pressure to prevent cavitation) – it’s more sucked back through, which gives you that squishy sound. This design eliminates the squishy sound.

RELATED: Read more about bladder vs IFP damping in our Suspension Tech articles.

With an IFP, they can build a bleeder port into the IFP, so if seals wear out and allow a small amount of lower leg lubrication fluid, and any excess fluid can purge itself through that port. And it doesn’t really matter if they mix a bit, Rockshox has tested that specifically and the damping fluid and lubrication oil are the same weight, but… if you maintain your 200-hour service intervals, all of this is basically a non-issue.

The new Charger 3 damper uses a coil-backed IFP rather than a bladder (same as the Charger RC), which doesn’t require as tight a seal (less friction) down in the bottom of the stanchions to prevent lower leg lube from getting into it. Less tight seals mean less friction, which means smoother performance.

All that said, the main reason for the IFP is to allow for expansion of the space holding the damping fluid, and the 1:1 forces found in a fork are vastly different than the leveraged (higher) forces in a shock, and even nitrogen backed IFPs in forks aren’t going to have as high of a pressure as in a shock. But you still need an IFP (or bladder) to prevent air and oil from mixing. 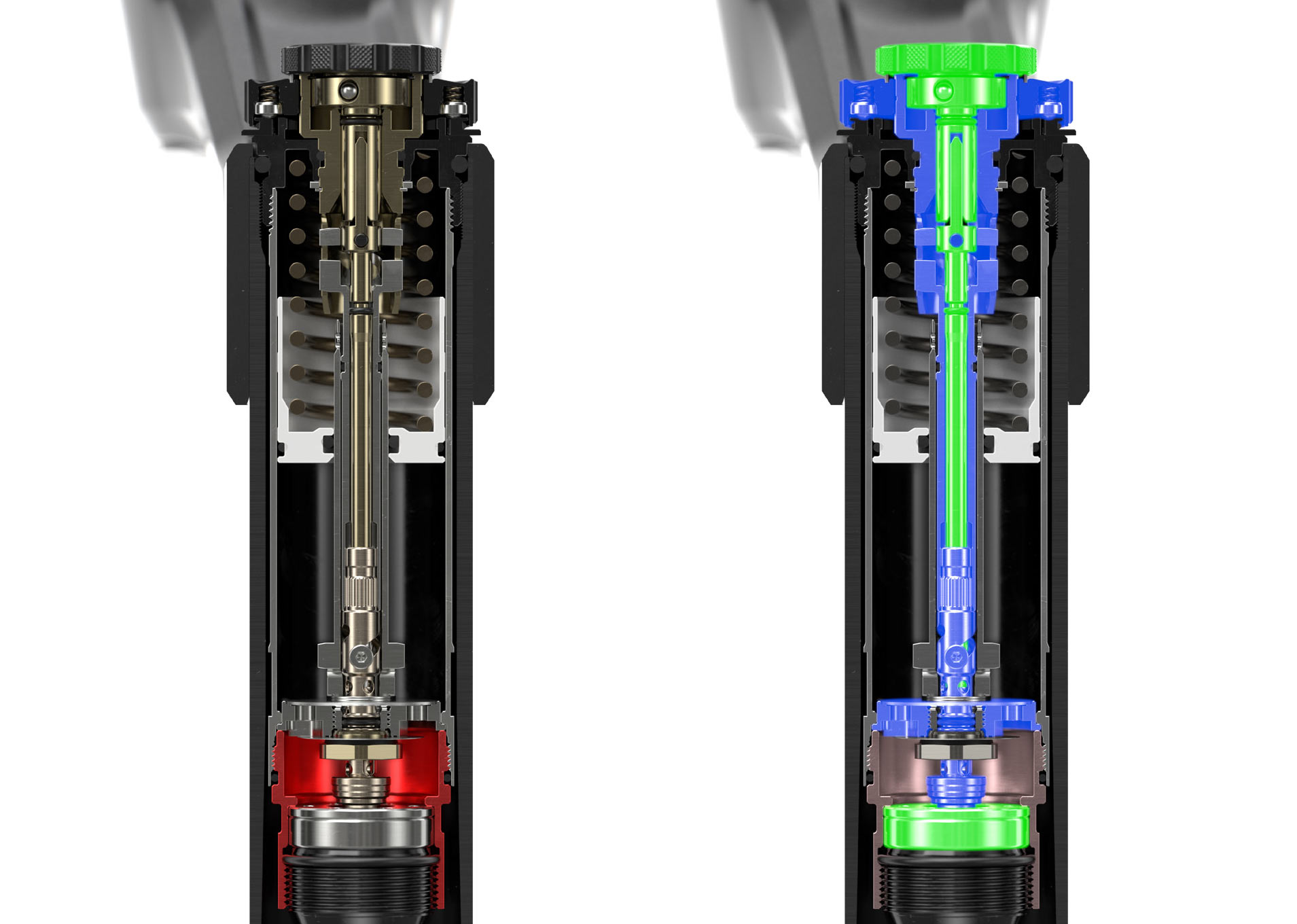 You’ll find 15 clicks of low-speed compression damping, 5 clicks of high-speed damping, and 18 clicks of rebound adjustment. And Rockshox says each click has a more distinct effect, with a wide range, letting you truly tune the fork to your style of riding and terrain.

The new Charger 3 is found in the MY23 Ultimate and Select+ forks. The Select and Base forks carryover the existing Charger RC damper. The bladder-based design is not used in these MY23 models.

So, what is “Low” versus “High” speed compression?

In terms of what they’re damping, “low speed” refers to 0-15 inches/second shaft speed impacts, which is mainly rider imputs like moving your body around or grabbing some front brake.

“High speed” impacts are 80+ inches/second shaft speeds, which are most “hitting a rock” or “running over roots” impacts. Shaft speeds generally run between 80-300 inches/second, but average riders are probably maxing out around 200-240 inches/second.

Everything in between low and high is a “mid speed”, where both damping circuits are active and the adjustments are blended, so you’ll use both simultaneously. So, these separate circuits allow you to create the desired response in your “window of happiness” in expected conditions, while still performing well in between them. 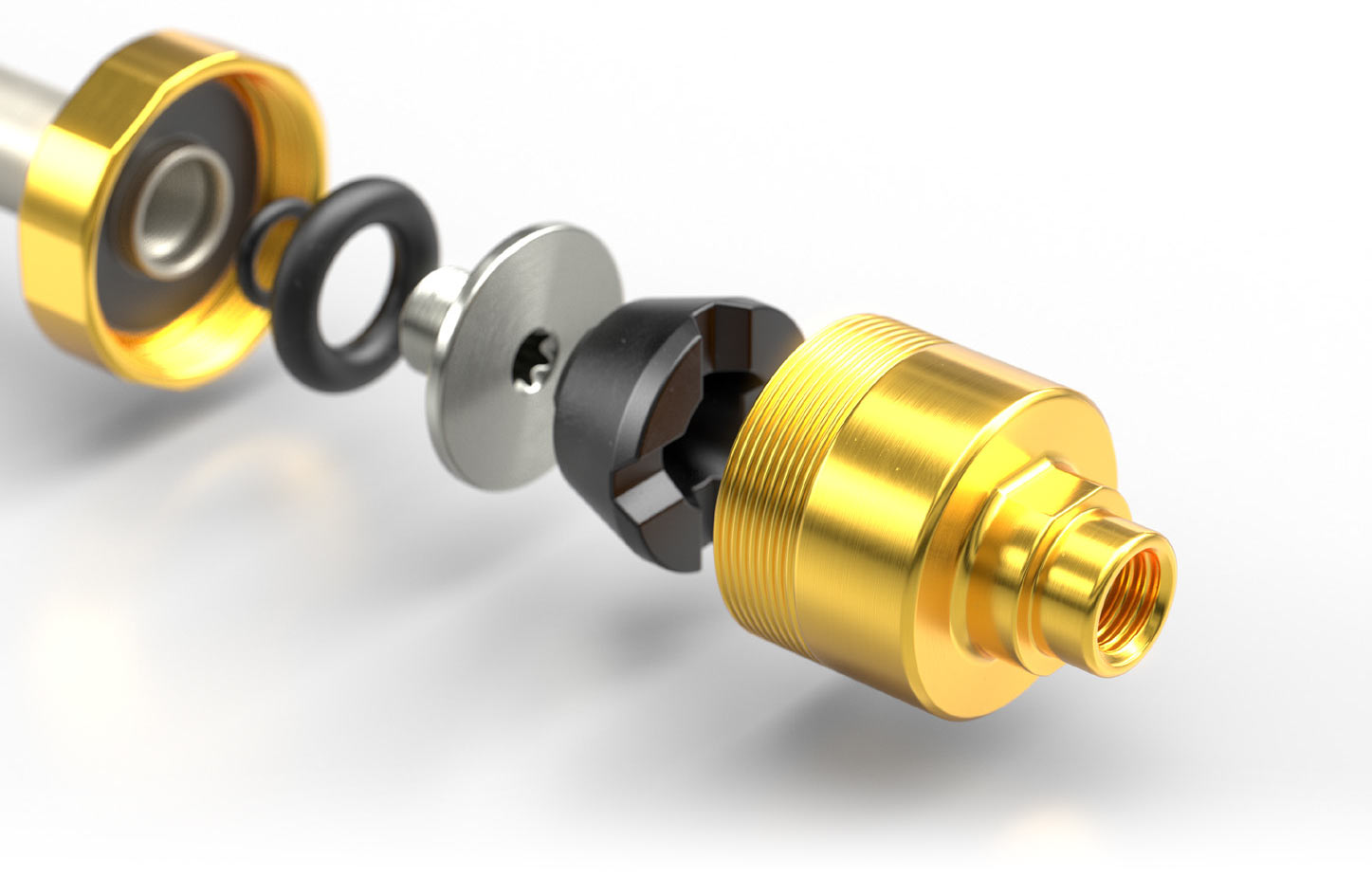 Taking a cue from moto (and chainsaws), Rockshox has added small rubber cups to the bottoms of the new DebonAir+ air spring and Charger 3 dampers. They absorb 20% to 28% of high frequency “trail chatter” vibrations, helping to make the ride “buttery smooth”, hence the name ButterCups.

By damping these vibrations before they reach your hands and arms, Rockshox says you’ll feel fresher and ride longer without fatigue. Only the Ultimate model forks come with ButterCups installed, but you can add them to lower level MY23 forks (and prior ZEB forks). 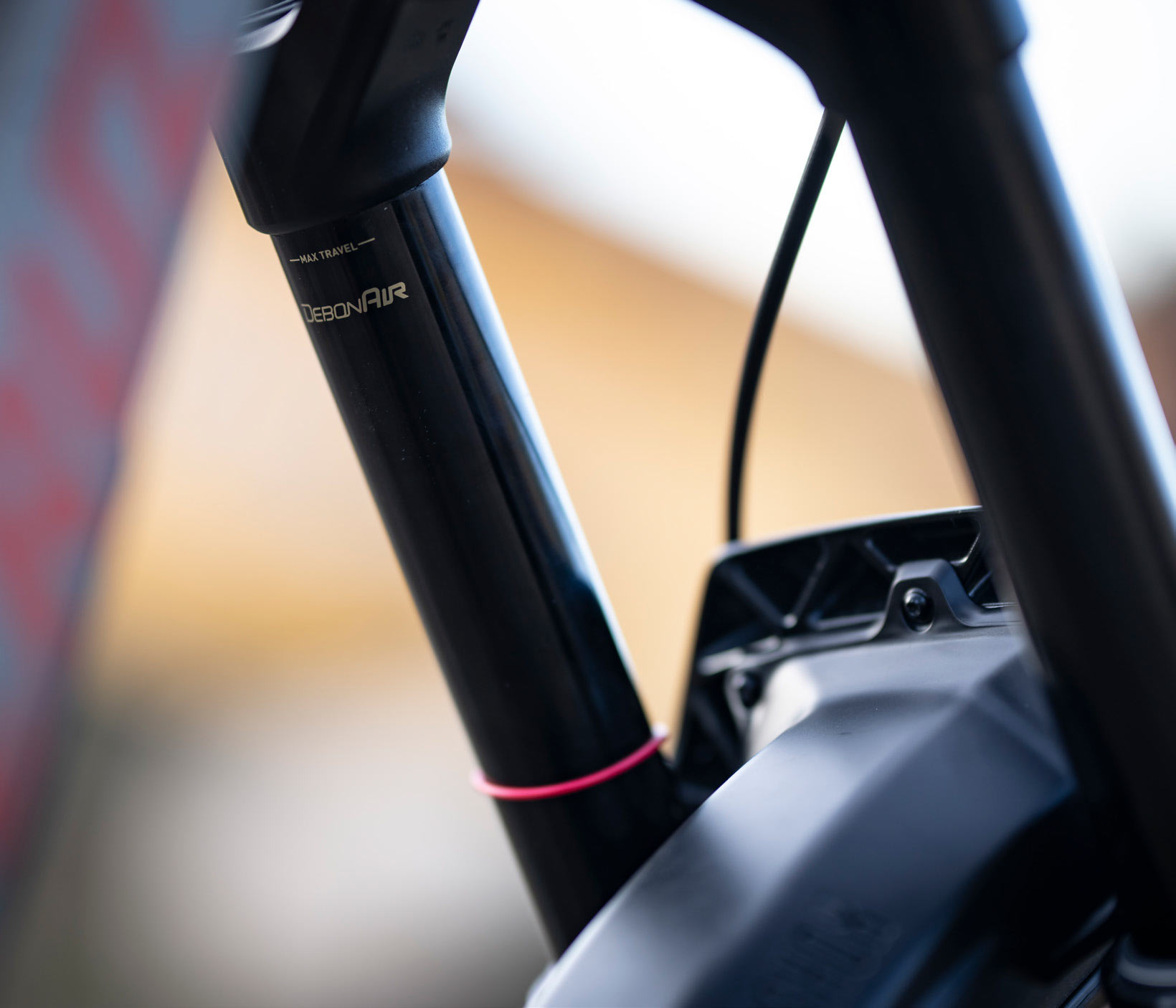 With tuned positive and negative air volumes made specifically for each travel option, Rockshox was able to get the exact air spring curve they wanted for each individual travel.

Meaning, if you want to change the travel in your Pike from 130mm to 140mm, you’ll have to swap air spring shafts. Each travel length has it’s own shaft, with its own positive and negative volumes and dimple position designed specifically for that travel.

They also switched from a plastic piston to aluminum, which can be made thinner, allowing for a very slight increase in overall air volume…which typically equates to a plusher fork.

For MY23, all levels of forks (Ultimate, Select+, Select, and Base) get the new DebonAir+, but only the Ultimate level forks come with ButterCups pre-installed.

For the Pike and Lyrik, the new travel ranges are shorter than before, more tuned for trail and all-mountain riding, respectively. Not only do they have new air springs, they also get… 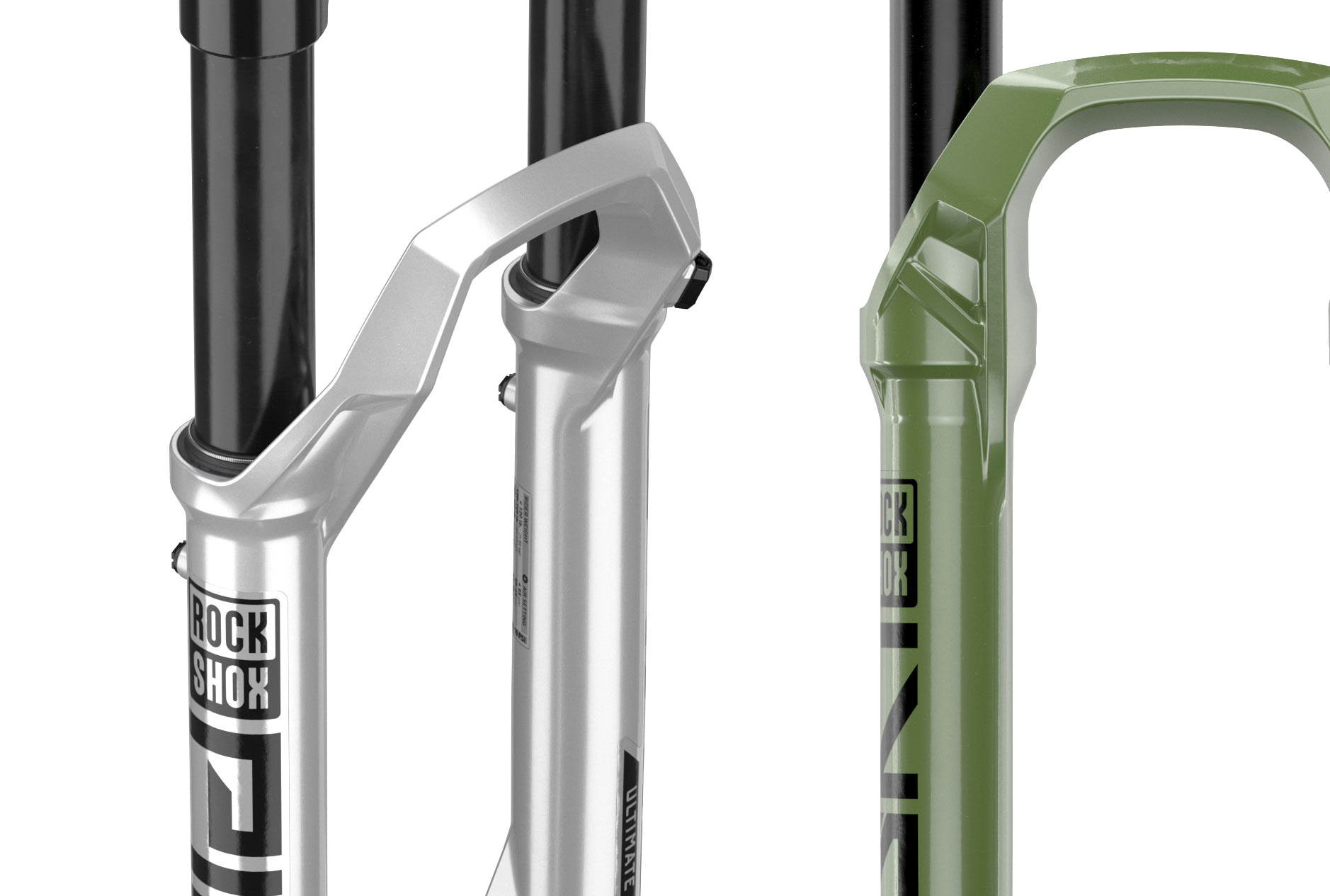 To further optimize each fork for its intended use and further reduce stiction, all three forks get completely redesigned lowers. Inside, the Ultimate level forks’ new lowers have 53% longer bushings. This maximizes bushing overlap with the stanchions, and combined with an all-new custom Maxima Plush Dynamic suspension lube, it helps the forks slide much more freely throughout the entire range of travel.

The new lowers are also lighter and stiffer, with up to 30g savings while getting 13.5% (Pike) to 20% (Lyrik) more torsional stiffness. And those savings are despite the ButterCups adding up to 39g per fork! 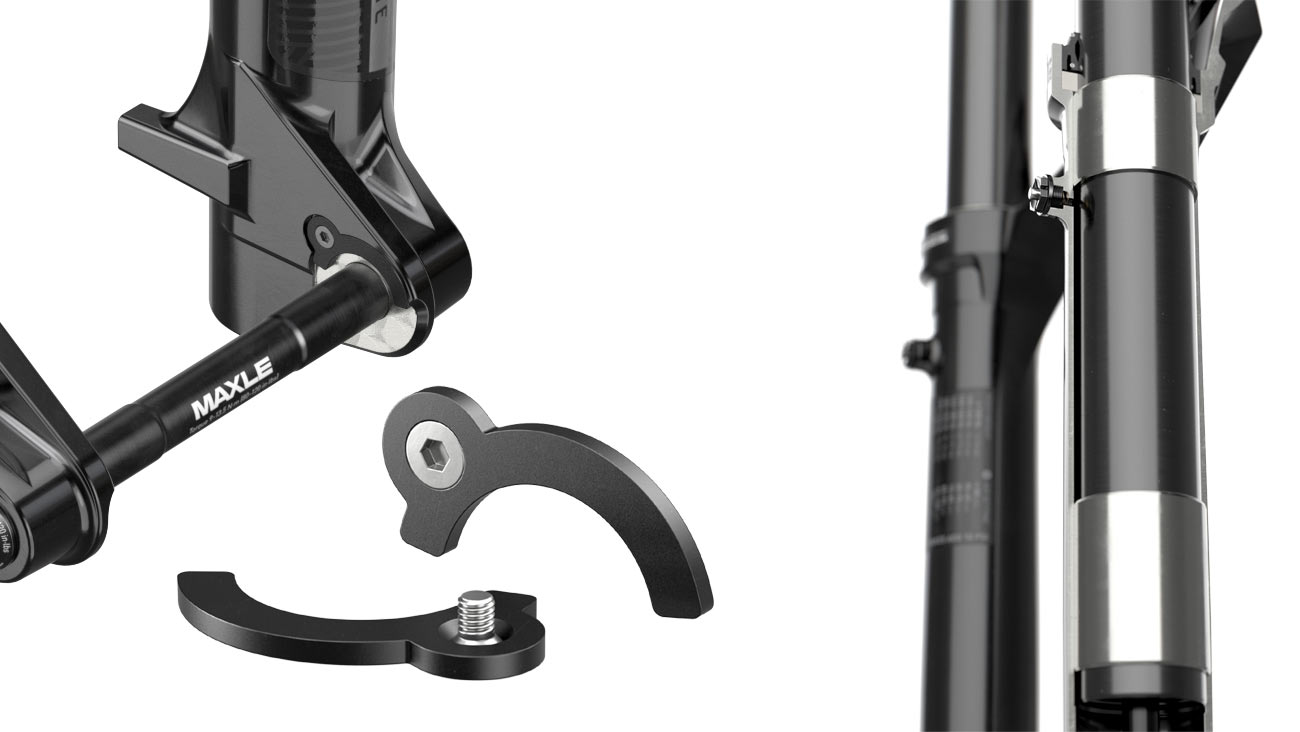 LEFT: Bolt-on Torque Cap spacers let you run standard 15mm thru axle hubs, too. RIGHT: Internal view of bushings in lower leg, with much longer overlap than prior models.

The Pike and Lyrik Ultimate lowers are different enough that the new air spring and damper are only compatible with these MY23 models.

The ZEB’s lowers, however, are similar enough to make the new DebonAir+ air spring backward compatible to it’s MY21 launch. So, if you have an older ZEB, you can install the new air spring with ButterCups. 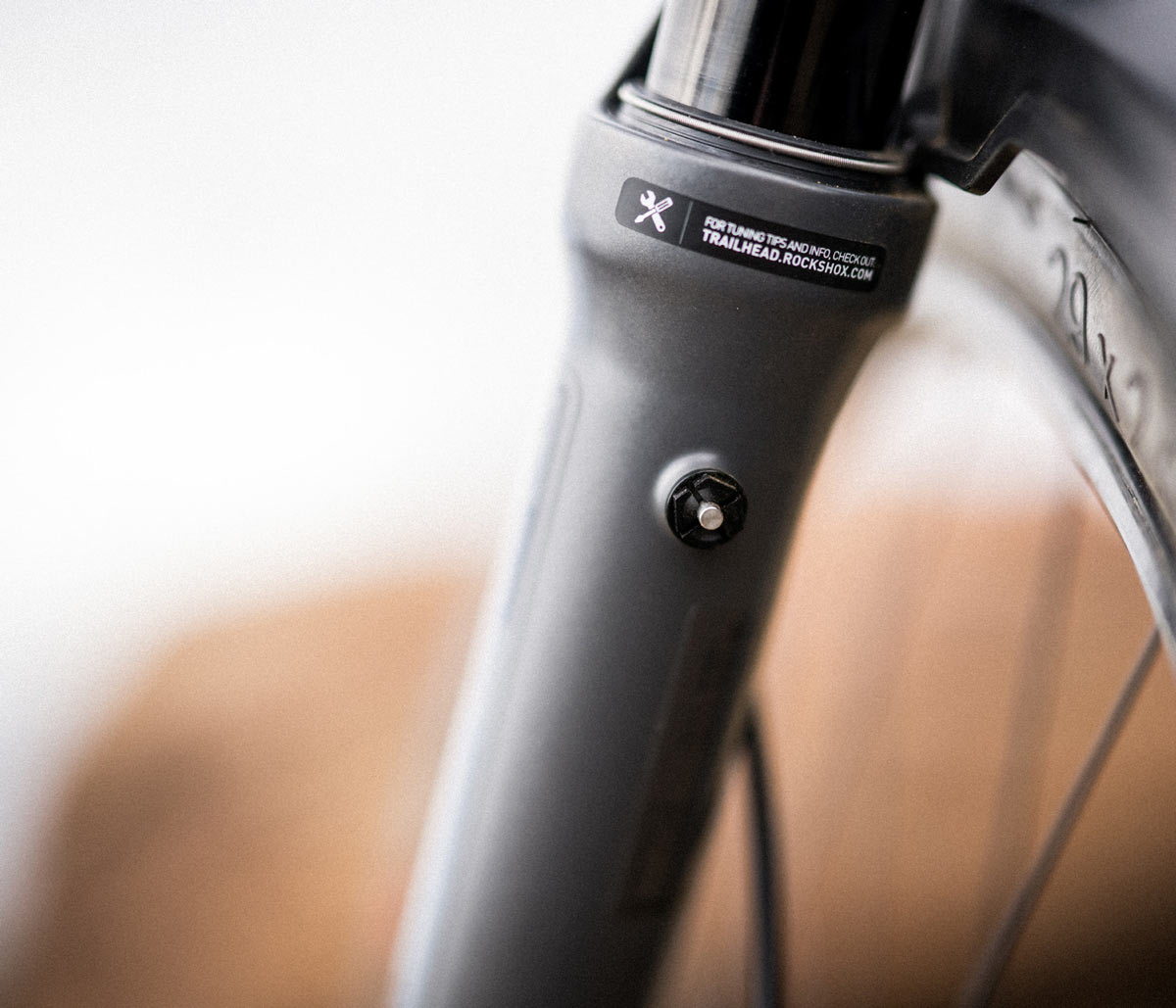 Changes in altitude can bring changes in your fork’s attitude, so they added new pressure relief valves for quick decompression of the lowers caused by big climbs, descents, or even just temperature swings. They’ll come stock on Ultimate and Select+ models, and other MY23 models can be upgraded to add them. 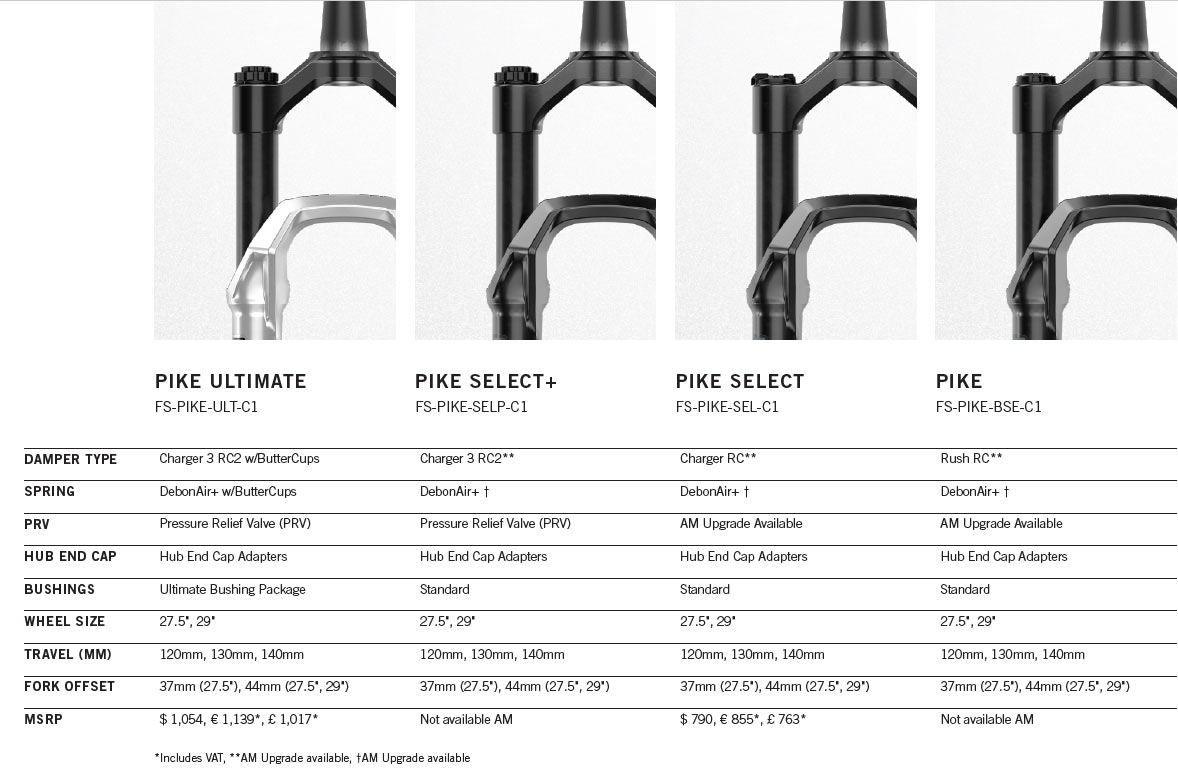 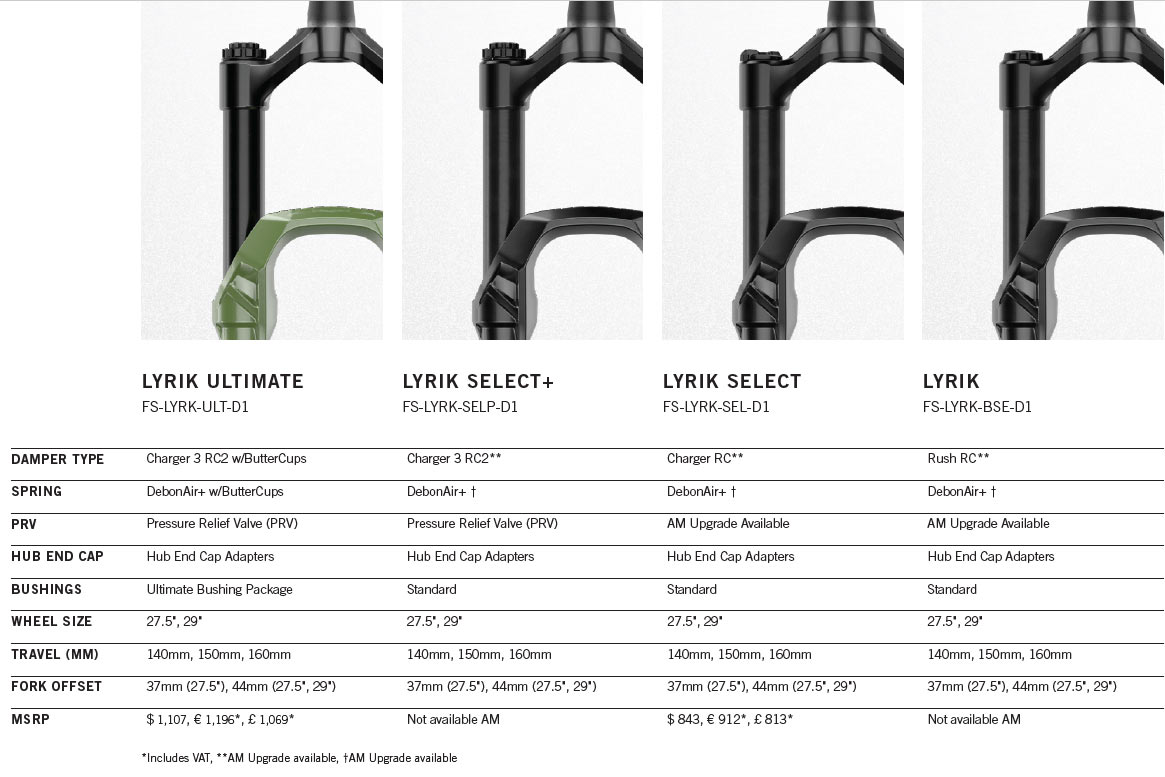 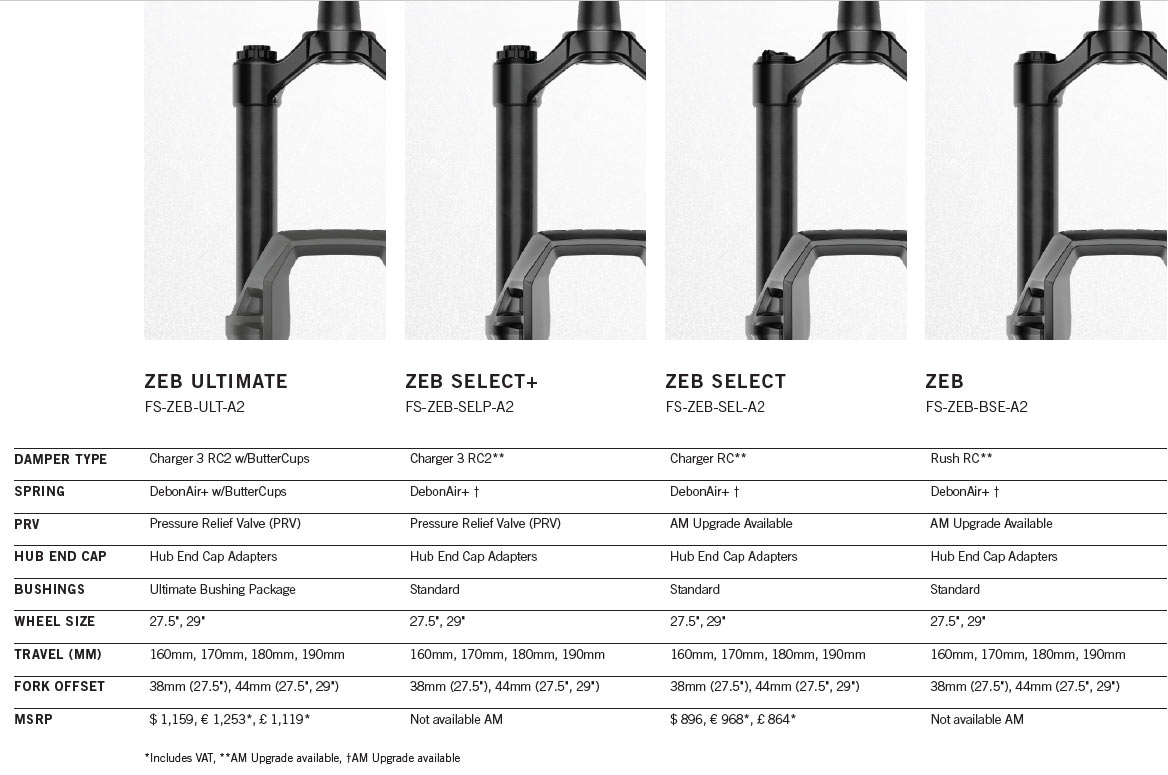 The 2023 Rockshox ZEB sees only internal changes with the new Charger 3 and DebonAir+ tech, making it the fork with the most backward compatibility for the new internals. It’s the choice for enduro and long-travel eMTB. Claimed weight is 2,341g (5lb 3oz) for 180mm, 44mm offset model.

There’s some retail availability globally now, online and in stores, but exactly what and when is a question best answered by your favorite shop.

When are they going to be out for sale?

Seems like they are pretty set on 44 mm being the only 29″ offset. I double checked the website to verify. Any idea if there will be more options? It’s not like anything is different than the upper.

What’s this about “compatible” hubs? Sounds like SRAM have a new, proprietary hub standard on the way, presumably so their wheels will only work on their forks. Nice one SRAM. 🙁

It’s to do with their Torque Caps that are available with some hubs. Just makes the face of the hub end cap larger to increase the amount of surface contact. They originally did it to add some stiffness to the RS1 and it spread to their other forks. Hubs without them still work, the spacers just make it easier to line things up.

Sram have had torque caps going back years that started with their UD RS1 XC fork. It’s just a matter of swapping out end caps. You could still run standard caps on their corks but the caps wouldn’t rest on anything. With the adapters, hubs without torque caps can have a bit more surface contact

Interesting. It’s actually a much order idea. This used to be done on QR MTB hubs for similar reasons. There were even aftermarket OLD nuts you could use on Shimano hubs that were large diameter. Another precursor to thru-axle was Specialized’s 9mm skewers.

Uhm, torque cap hubs have been around for like 5+ years.

In addition to what’s said by others, it’s not proprietary. There are options from a few different hub suppliers out there. The adaptors are just to make install a bit easier on hubs that don’t use the Torque Cap oversized dimensions.

The Zeb used to be 21.5% torsionally stiffer, 7% laterally, 2% fore-aft than the Lyrik.
So basically, they’re the same stiffness now?

Fabulous, I just bought a 150mm pike. Just in time. I wonder how many recent fork buyers are pissed off though. Yet another annoying thing from the modern bike uindustry, random product releases instead of more predictable fall realeases.