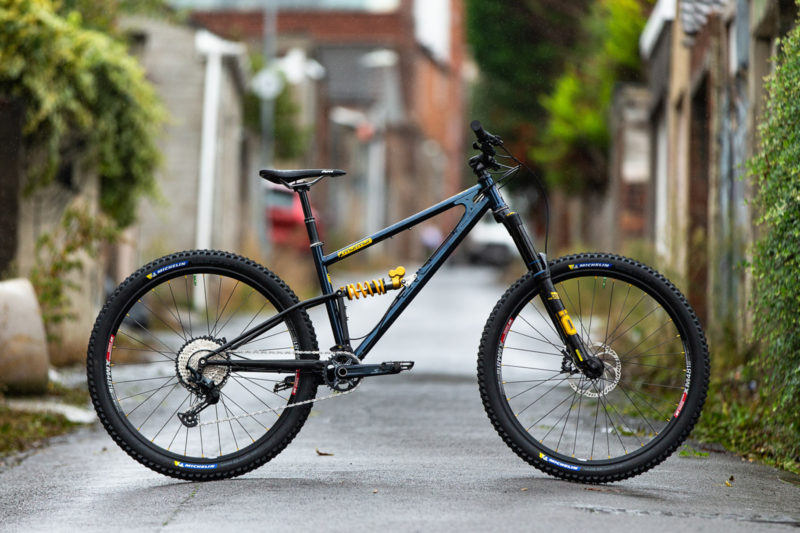 British steel mountain bike manufacturer, Starling Cycles, has released new models of the 29″ Murmur, the 27.5″ Swoop, and the mixed-wheel Twist single-pivot full suspension mountain bikes. On the face of it, the 2023 bikes don’t look too different to their respective predecessors, but the updates bring more versatility to each bike with a two-position shock mount on the downtube allowing each bike to be set up in Trail or Enduro mode. On top of that, subtle geometry updates are rolled out as well as a host of frame detail tweaks said to make the frames easier to live with than ever. 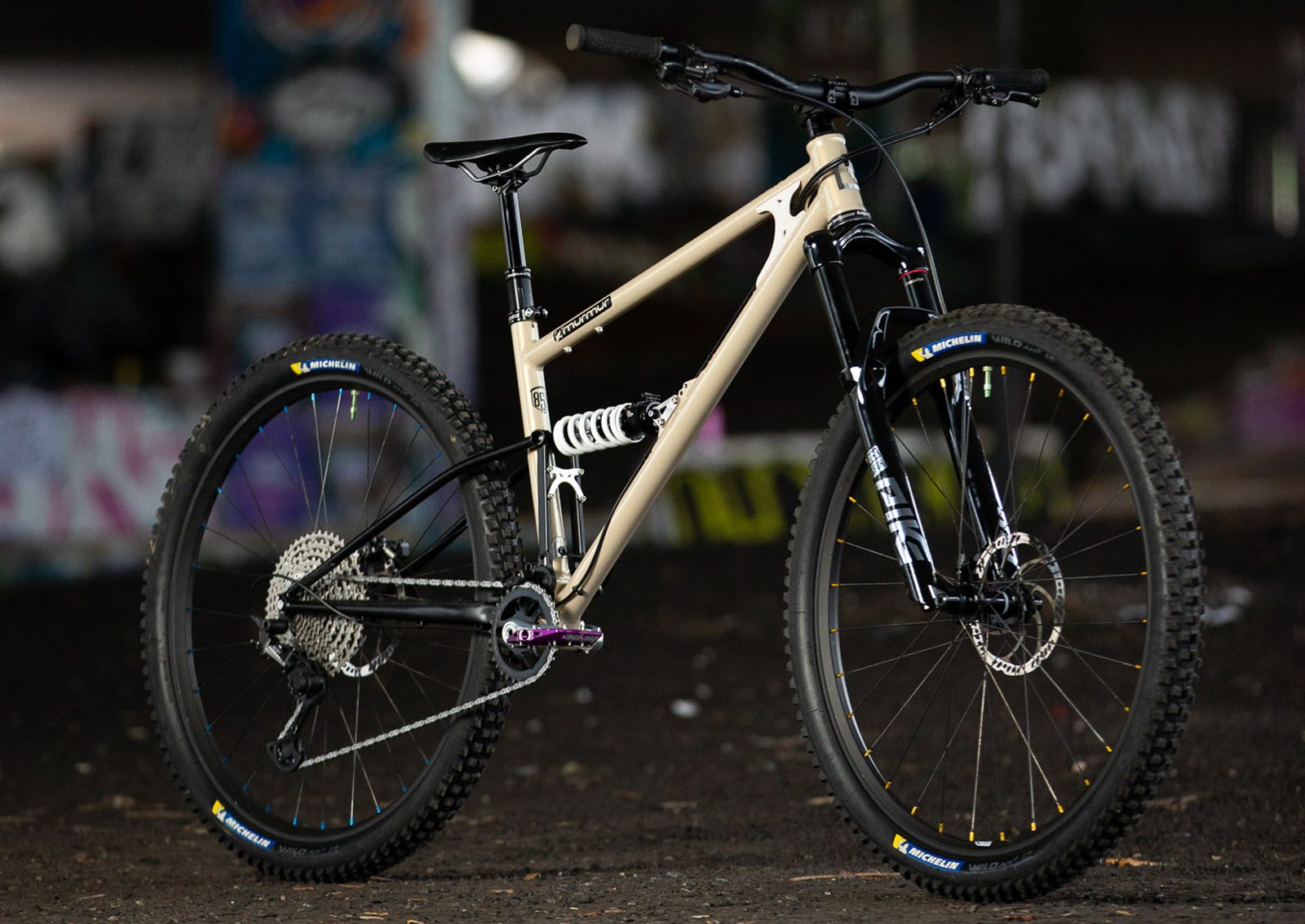 The 29″ Starling Murmur can now be set up with 135mm rear wheel travel in Trail Mode, or 150mm in Enduro Mode

Starling Cycles has long offered each of its full suspension mountain bike framesets and complete bikes in Trail or Enduro mode. However, the customer had to commit to either or at the point of purchase. For 2023, Starling is making each frame more versatile with a two-position shock mount that allows the owner to change it up throughout the season. 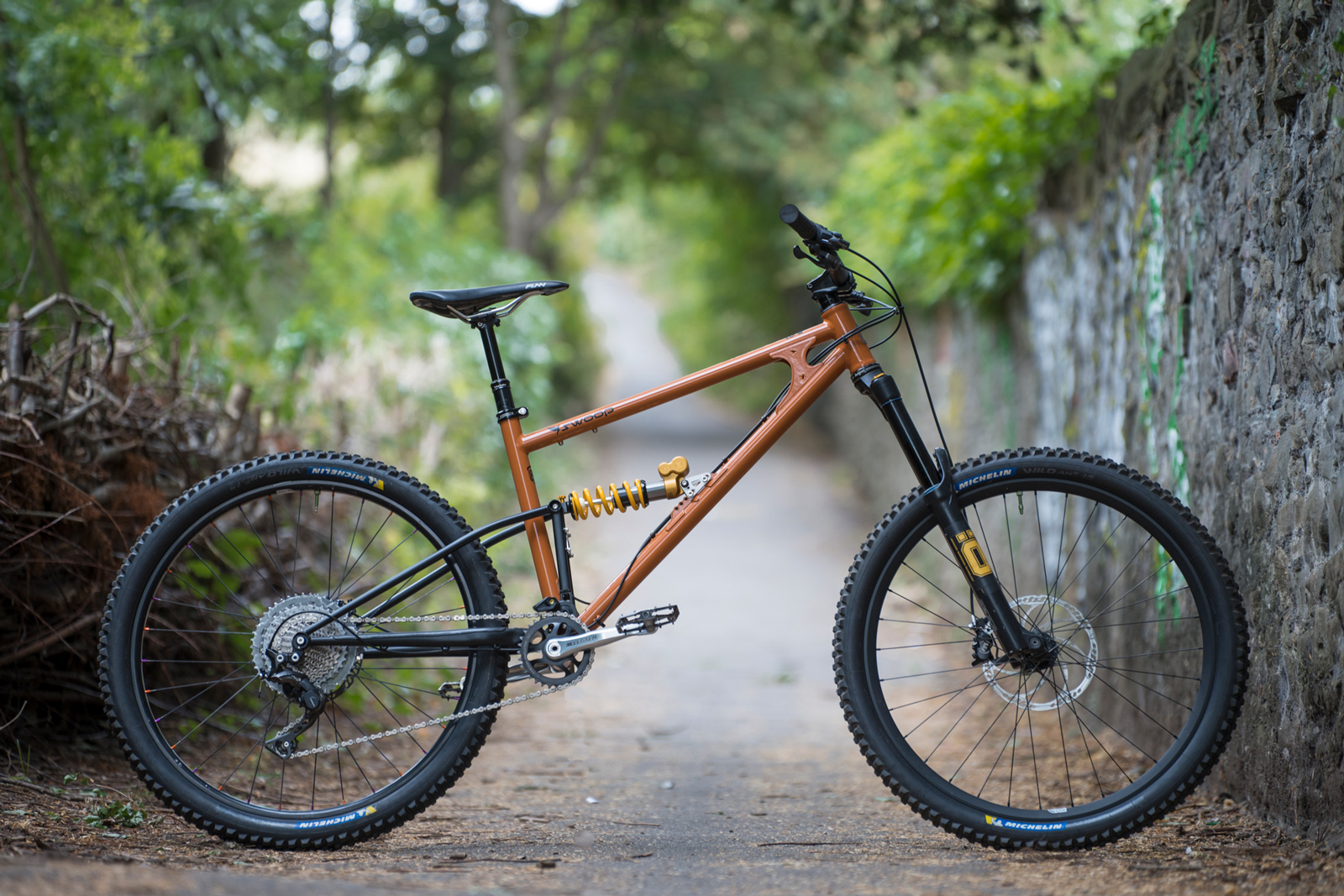 The 29″ Starling Murmur V3 is now capable of running 135mm of rear wheel travel in Trail mode, or 150mm in Enduro mode. The Starling Twist mixed-wheel mountain bike can now go to 135mm or 165mm in the rear, thanks to the new two-position shock mount. Meanwhile, the 27.5″ Starling Swoop benefits with the choice between 130mm or 160mm of rear wheel travel. Of course, the shock will need to be switched out for one with the correct eye-to-eye and stroke length dimensions as well.

The rolling update brings with it a subtly improved set of geometry figures, the most notable aspect of which would be the steeper seat tube angle. All three “core” models benefit; the Murmur and Twist boast a 78.3° effective seat angle, while the Swoop gets an even more pedal-friendly 78.8° effective seat tube angle in Trail Mode. Enduro Mode slackens the SA off to 0.8°. 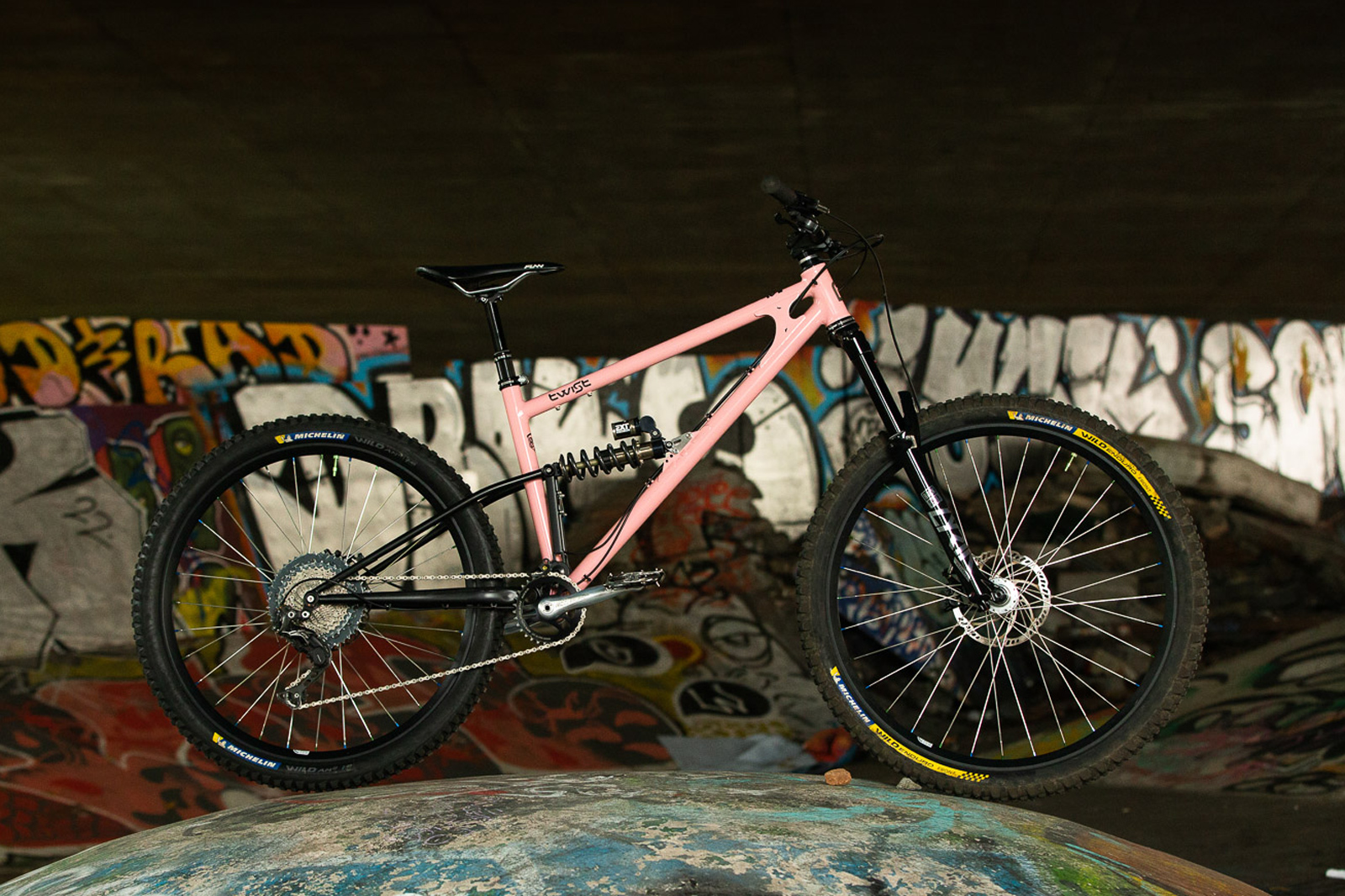 All frames see a not-insignificant increase in BB height “to add a little more clearance and a little more maneuverability to a very stable geometry”. For example, in Enduro mode, the Twist goes from a 15mm BB drop to a 7mm BB drop. The Starling Murmur goes 5mm higher to a BB drop of 30mm, while the Swoop goes 4mm higher to a drop of 11mm. 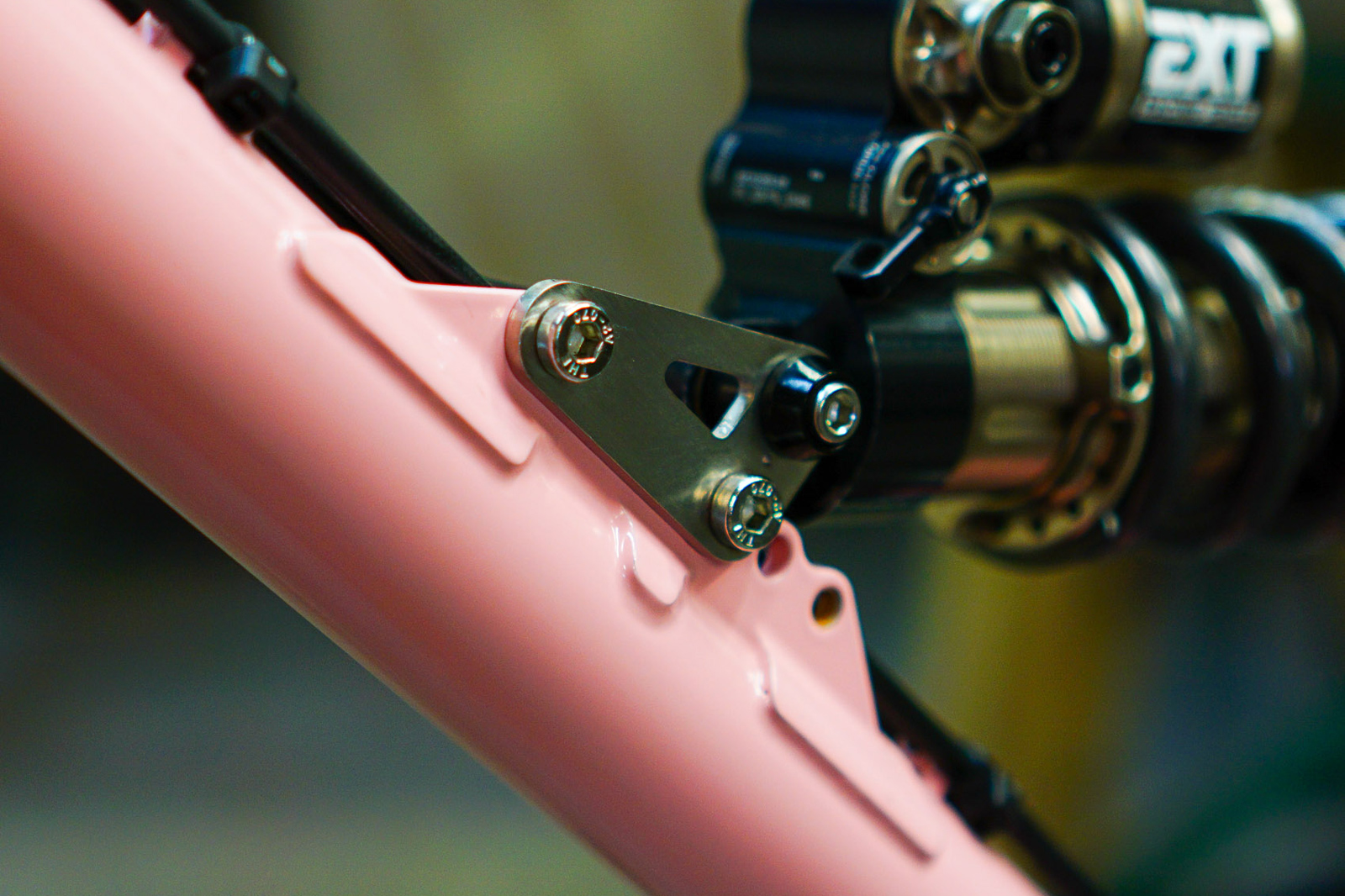 In addition to the two-position shock mount, Starling has made some key frame alterations in a bid to make what is already a relatively easy to live with mountain bike even more so. Principally, the brand has decided to move the main pivot bearings out of the front triangle and into the swing arm. This is said to make bearing swaps easier, while also creating a wider, and more robust interface. 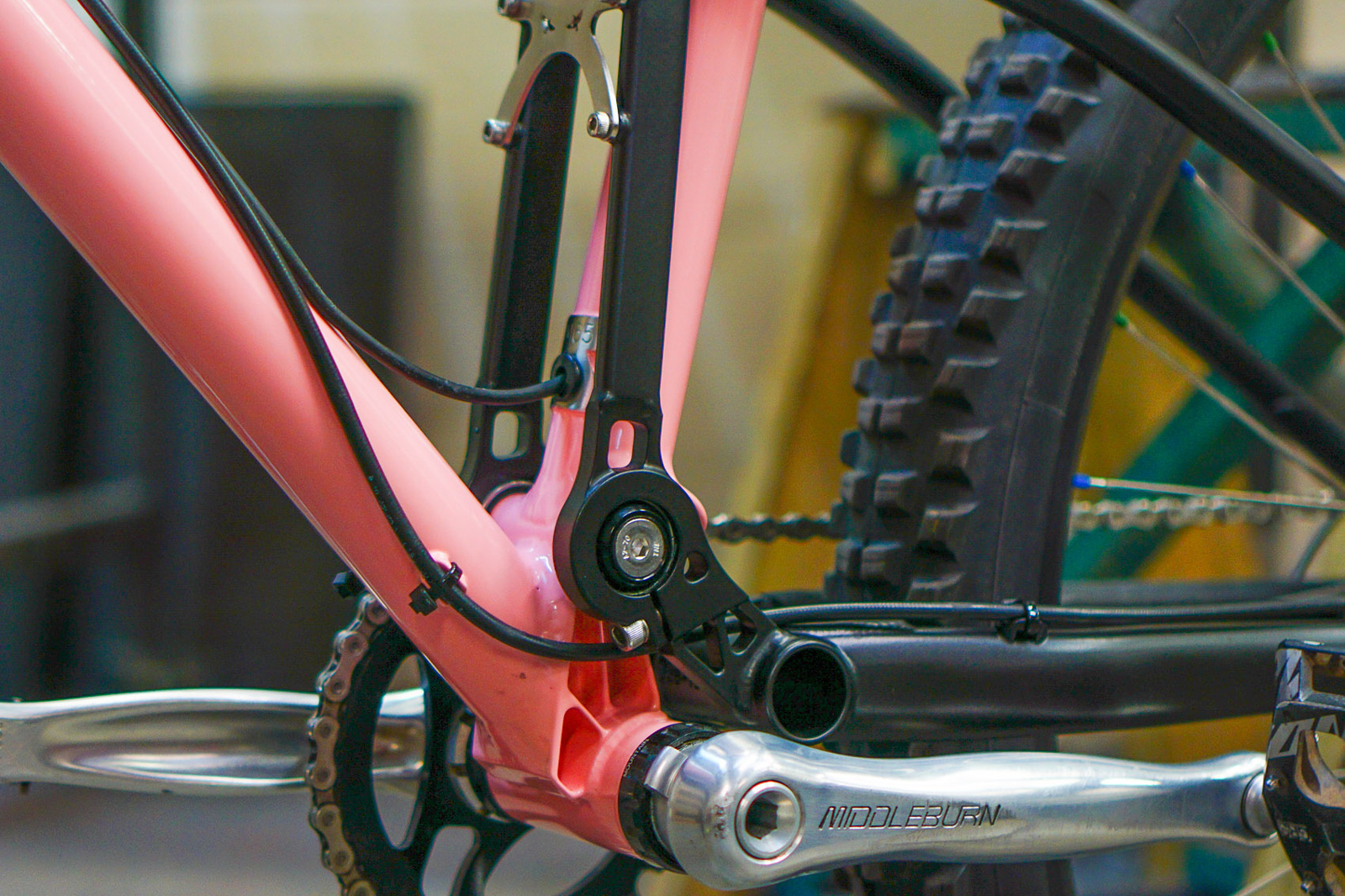 The 2023 frames also benefit from an aluminum seat post insert. The idea here is to eradicate the issue of seat post seizing which is a not-so-uncommon problem associated with steel tubing, especially if you aren’t someone who takes it upon themselves to grease the post regularly. 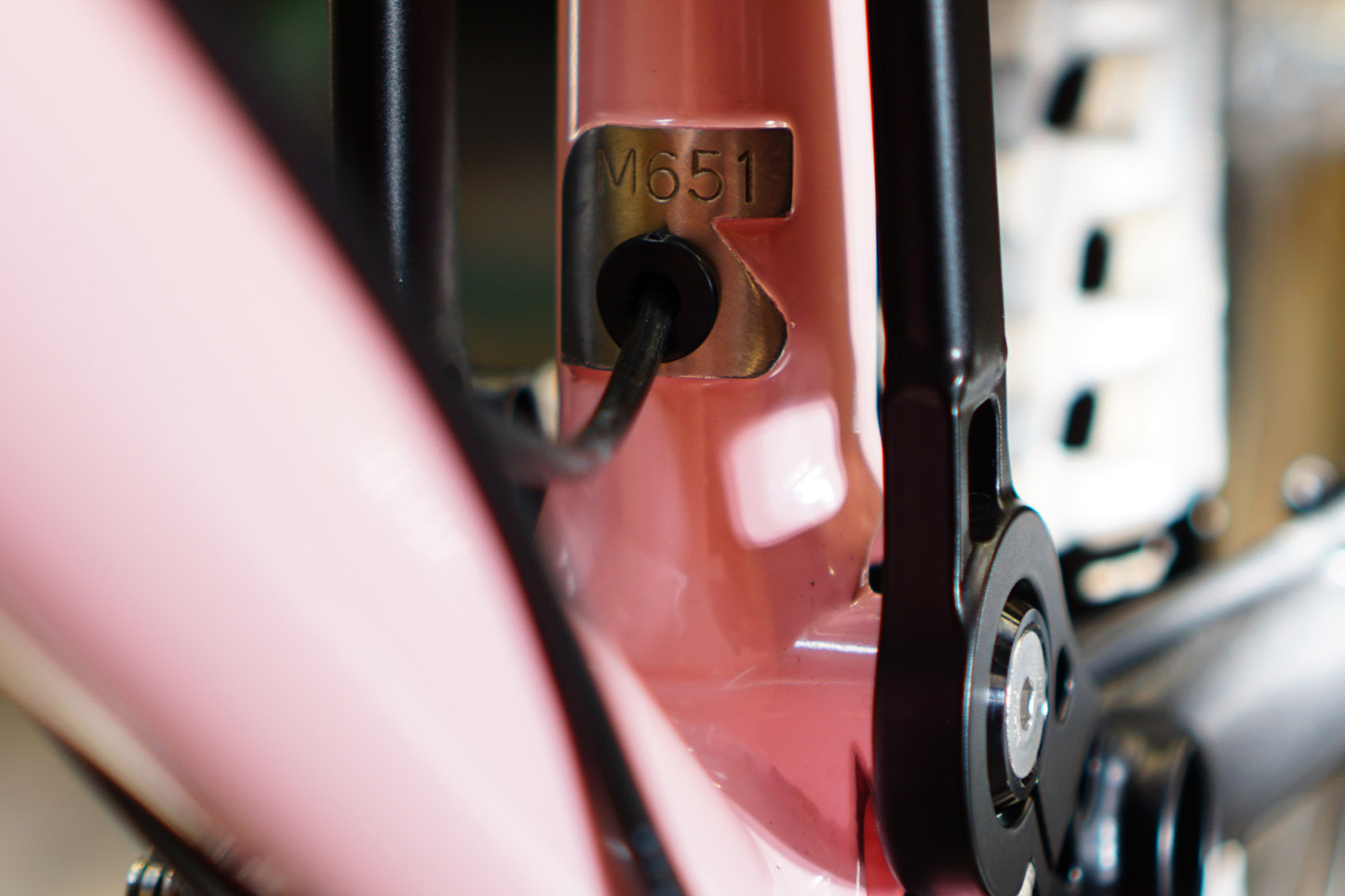 Starling has also refined the headtube gusset, as well as the cast main pivot part, largely to make the two more aesthetically pleasing. Finally, the brand is now using a stronger, anti-flare headtube, giving additional peace of mind to the regular sender, and folk partial to the occasional huck-to-flat. 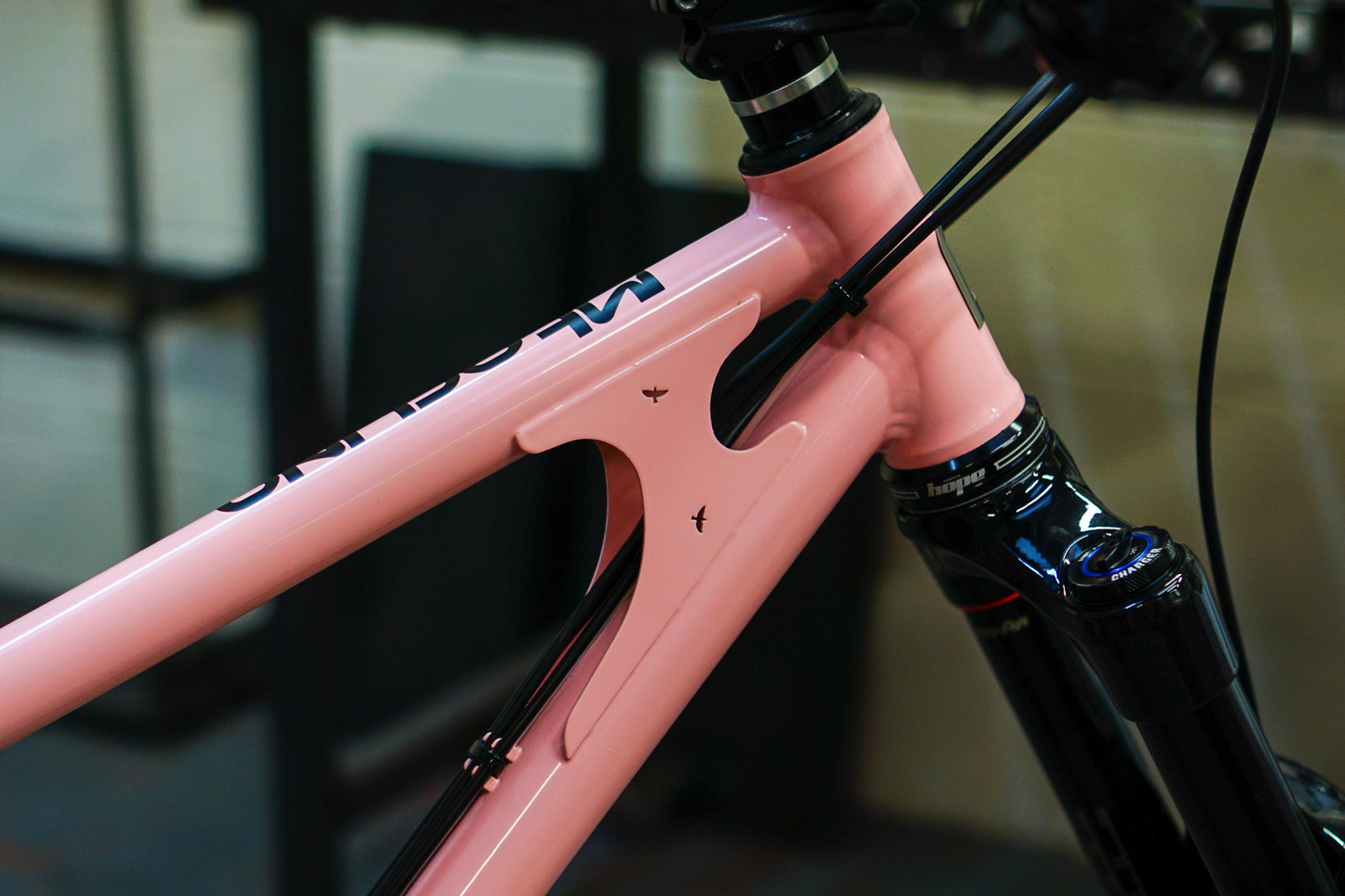 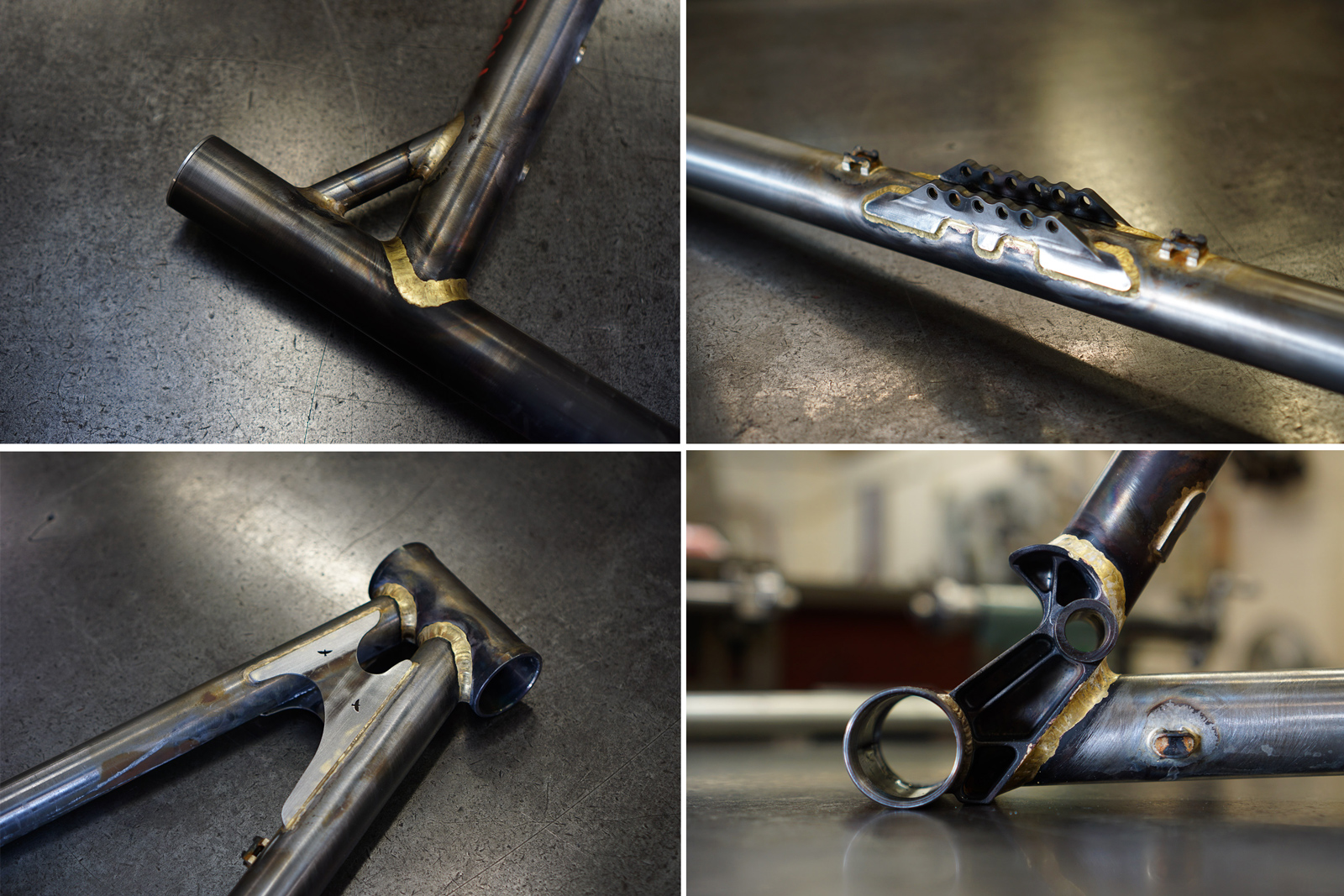 As with previous versions, the Murmur, Swoop and Twist frames are handmade and hand-assembled in Bristol, UK by the team at Starling Cycles. Front triangles are handmade in-house using 853 heat-treated tubing and swingarms are handmade in Taiwan by ORA Engineering.

Starling’s V3 models are being introduced as a rolling update; all ‘Core’ frames from this point onward (including frames that have already been ordered) will benefit from the abovementioned. Starling can provide frames without rear shocks and as frame + shock, or with complete build kits.

Pricing starts at £1,990 for a frame only with a light grey front triangle and a black swingarm. Starling also offers a degree of color customization. You can choose one of ten colors for both the front triangle and swingarm. And no, they don’t have to be the same color. 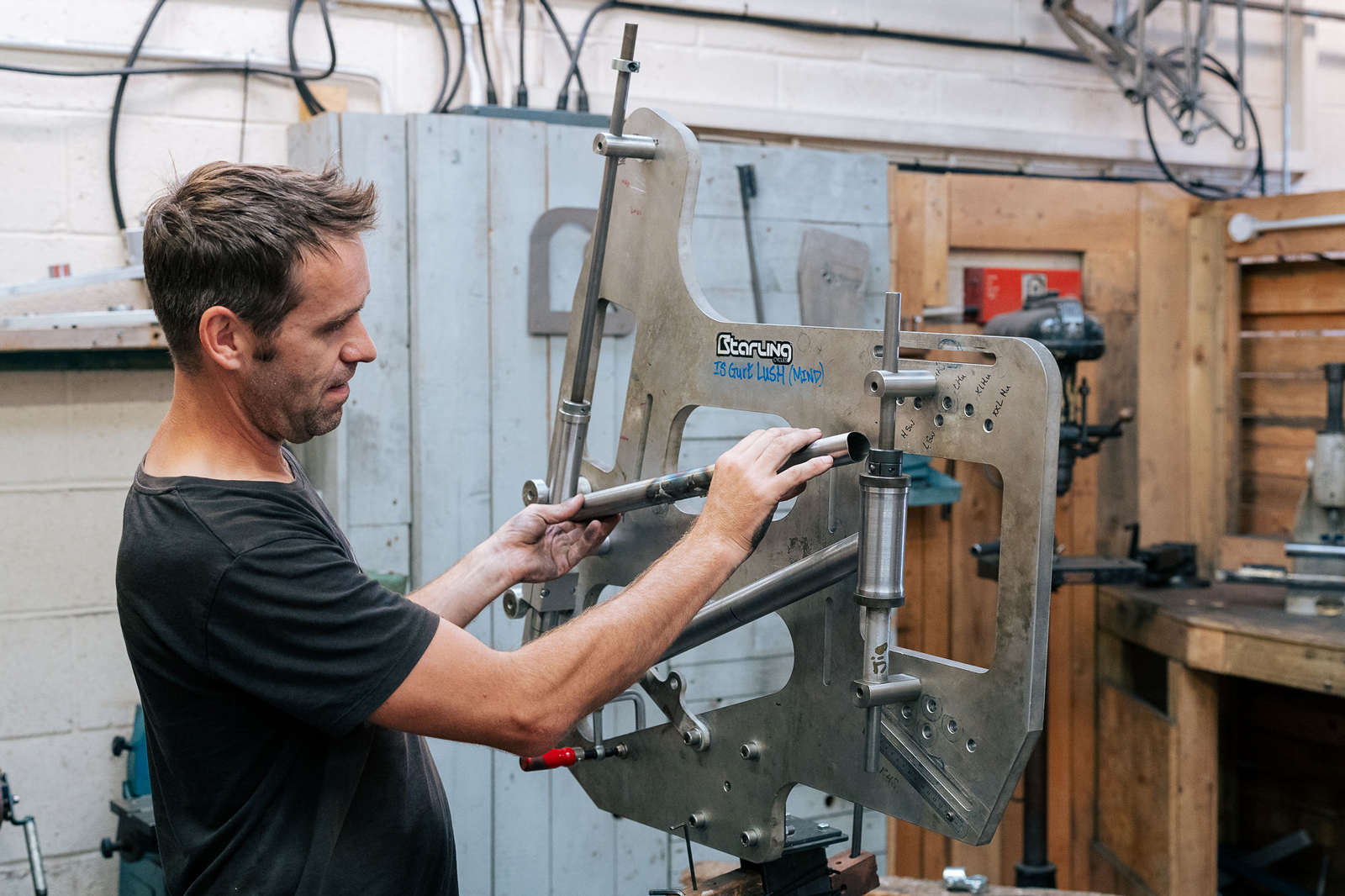 Starling Cycles founder, Joe McEwan, placing steel tubes into a jig at his workshop in Bristol, UK – Check out our workshop tour here