Welcome back to the Bikerumor Ask A Stupid Question series. This week we’re taking on a frequently used jargon term associated with full suspension mountain bike design: Brake Jack. You’ll see it used all over, from manufacturers’ press releases to mountain bike reviews, and of course, in the much-loved comments section of aforementioned bike reviews. But, what exactly is it, and does it bare any relevance on the more definable and, importantly, quantifiable anti-rise number?

Answering your questions this week are a handful of full suspension mountain bike frame designers, all of whom will have considered anti-rise values, and possibly brake jack too, during the design of the suspension layout. Some of them have even gone so far as to add a floating brake arm to their bikes in an effort to control the braking characteristics. Your experts are as follows:

What is brake jack, and how is it different to anti-rise?

Eminent Cycles: It is the same thing, brake jack is a slang term for anti-rise. 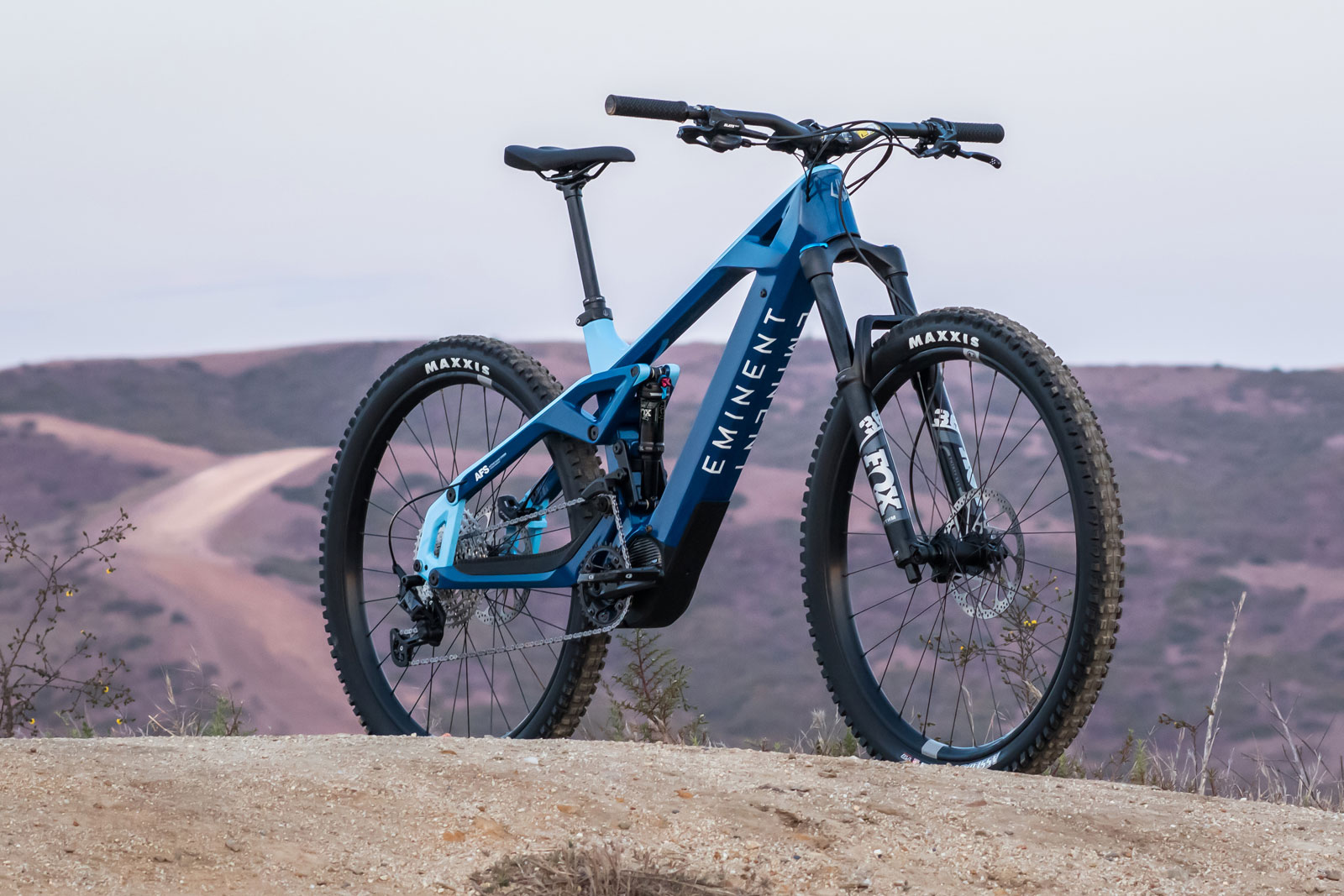 Commencal: Brake jack is a braking system that uses the exhaust valves on trucks to create ancillary braking and prevent overloading the discs of the primary braking system. I don’t know whose idea it was to put this into bike jargon. It’s not a term that’s used in French either and there is no accurate translation for this expression in cycling. We give importance to the anti-rise and other parameters to study the braking behavior of our bikes. 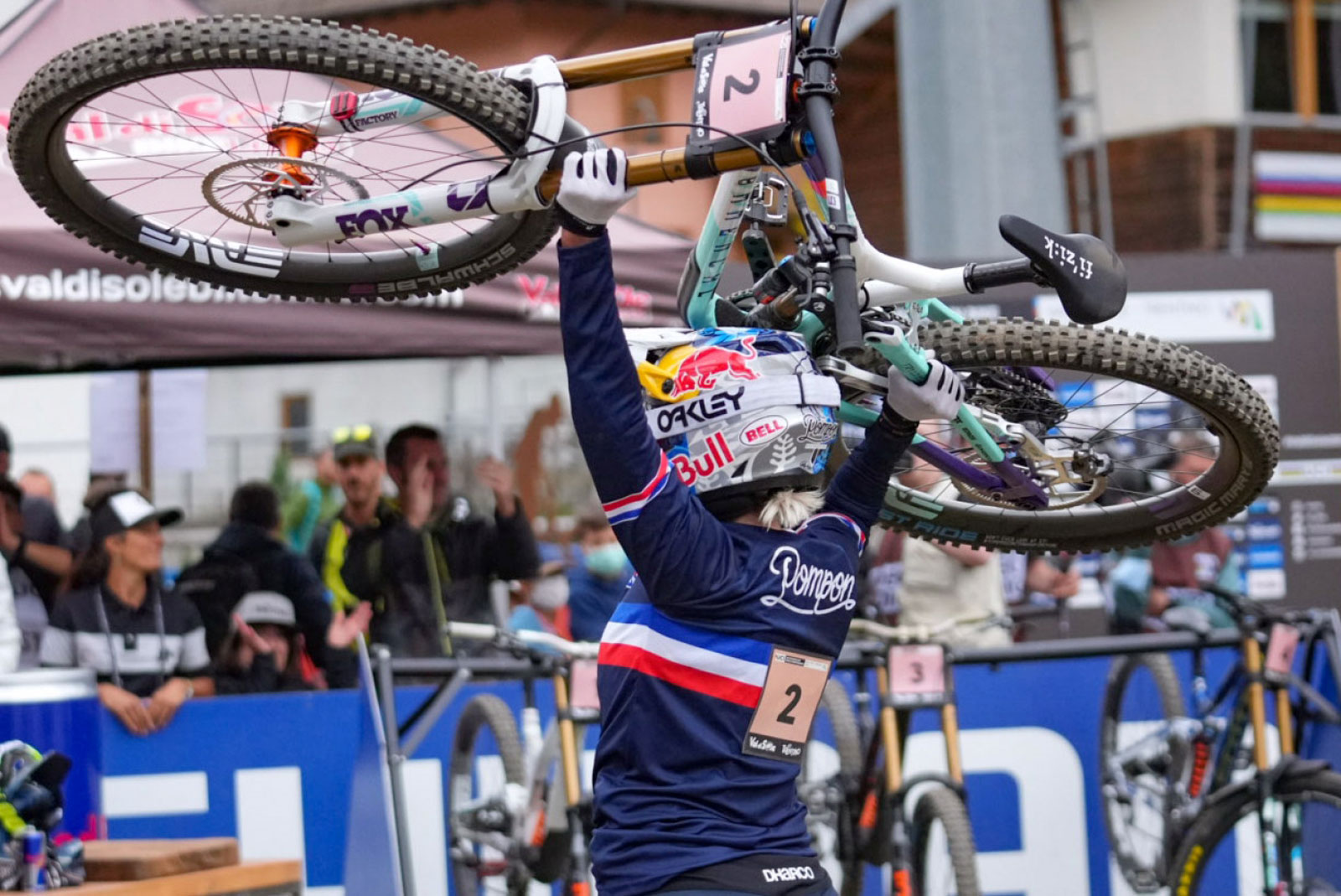 No matter what name we give to these braking forces and how they interact with suspension dynamics, it seems the Commencal team has been busy experimenting with a floating brake rotor – seen here on Myriam Nicole’s World Cup winning downhill bike. See details on the prototype bike raced by other Commencal team members here.

Devinci: While they both refer to braking forces, they are not expressed in the same way. Brake jack is a resulting force in the suspension that comes from the caliper. In practice it is a force that gets transmitted to the shock but it is not the main force at play.

Anti-rise is expressed as a ratio of forces. The anti-rise method allows us to take into account the force of rider mass acceleration and the angle at which the load is transferred at the wheel. It is part of kinematic simulation and is considered with many other factors when positioning pivots (shock type, geometry, leverage ratios, axle path, pedaling characteristics). 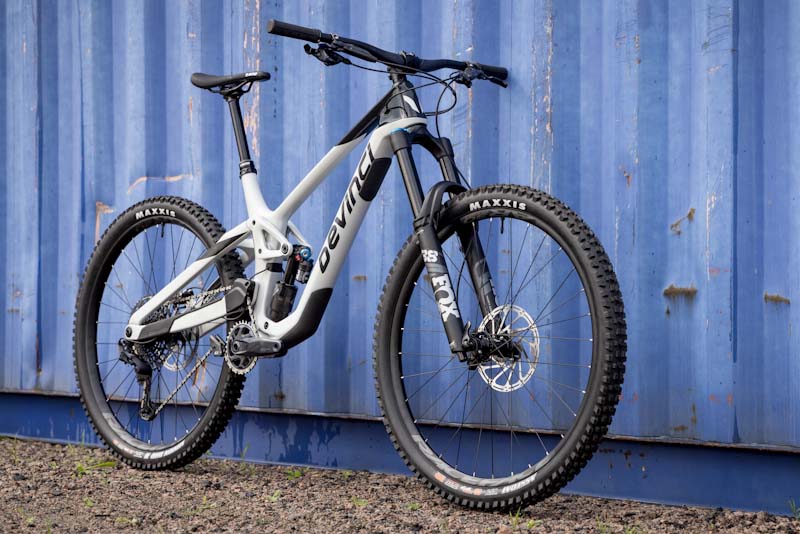 Anti-rise assumes a lot of parameters such as the chain is completely slack when braking, specific fork position, rider position (for the Center of Gravity at which the acceleration is applied). In practice, we shift our weight depending on these variables.

Ultimately, the objective is the same for both: minimize the effect of caliper force and weight transfer under braking while keeping an active suspension. This is what we strive to do with our Split Pivot platform, whether it be in it’s “normal” form or with our new High-Pivot suspension platform.

Starling Cycles: In simple terms, anti-rise is how weight shift (from acceleration and deceleration) affects suspension.  Brake Jack is how braking forces affect suspension. All suspension designs have these effects in differing amounts.

Starling cycles suspension design has anti-rise as close to neutral through the full suspension stroke. Brake Jack is similar to other designs. Best advice with regards to braking, is do it in the right place. This will make you way better than any suspension design can, or claim to improve.

Does brake jack only occur when the rear wheel stops completely, as in when the caliper locks onto the rotor? The Eminent Onset enduro bike runs a floating brake caliper, with the chainstay mounted portion allowed to slide forwards and backwards as the bike is pushed through its rear wheel travel

Devinci: Brake jack is a force and therefore it occurs as soon as the caliper hits the rotor (braking force is applied), even if the caliper is not locked.

Commencal: I still don’t know what brake jack is! (There’s so much information about it, it’s very confusing).
However, it is certainly wise to study the braking behavior of a bike according to the braking torque applied. My advice is to pay maximum attention to the distribution of braking power, because for a large majority of riders, it is 80% rear brake that is used. This leads to imbalances in the chassis, issues with rider weight distribution, poor behavior of the rear suspension and therefore, quite often punctures or dents to the rims. 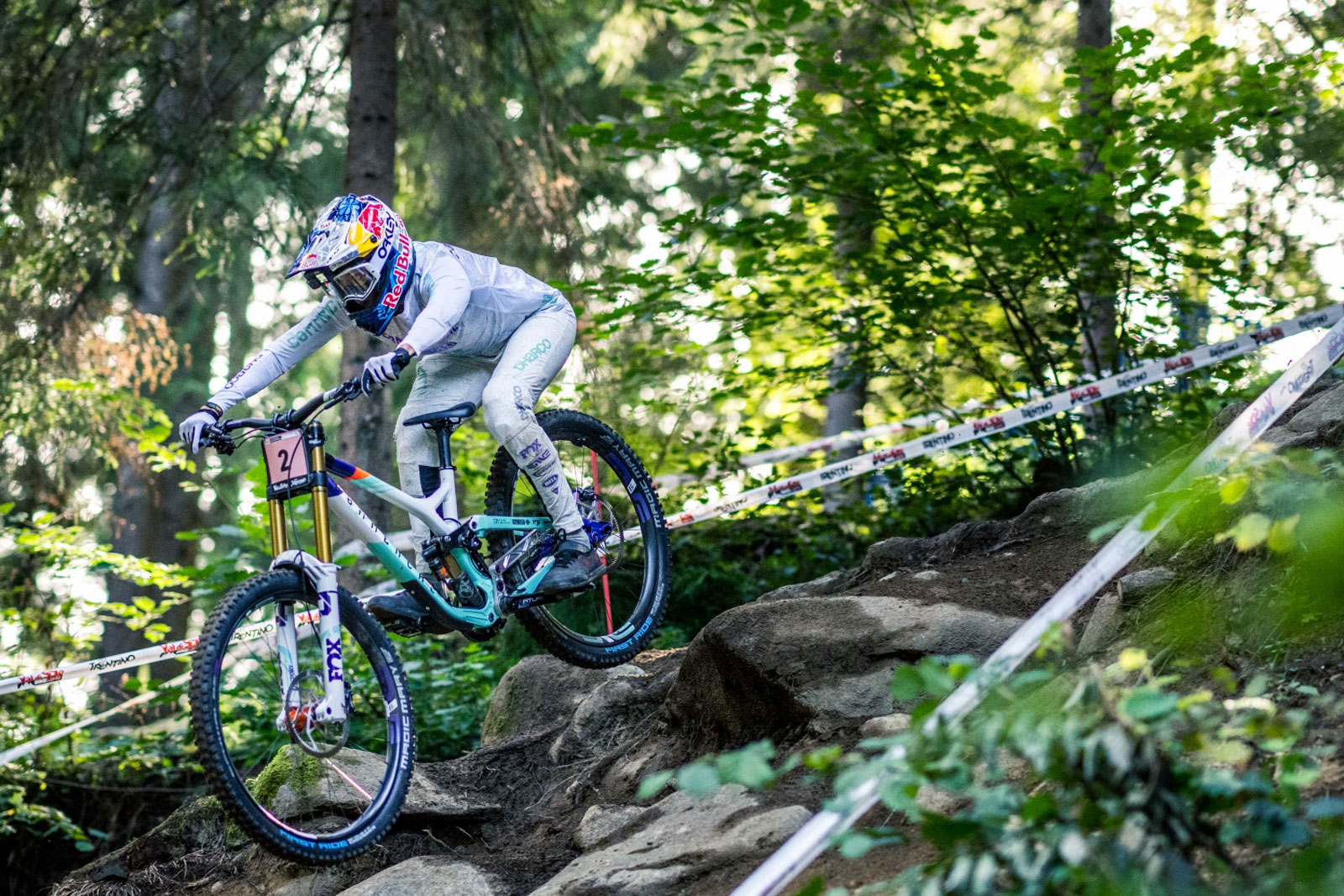 I saw Myriam Nicole ran a floating brake mount at some World Cup races this season. What does it actually do, and why don’t the other Commencal riders have one on their bike?

Commencal: Thibaut Daprela used the same system. Amaury, being unable to ride due to injury until the race, didn’t participate in the tests and we prefer for him to ride a bike that he knows perfectly for this important recovery back to racing.

The system objective was to improve the behavior of the bike on this rough, fast, and steep track (unfortunately, it’s impossible to say any more). So, we used this experience to collect data to utilize for future bike developments.

Why do you guys keep hosting non-experts here? For instance, Eminent here, Breadwinner (steel has a higher tensile strength than carbon fiber!) in the one about steel. Some of these guys responses are hilariously showing how uneducated they are in things they are trying to profess that they are experts. At least bikerumor is showing us which brands are just full of crap.