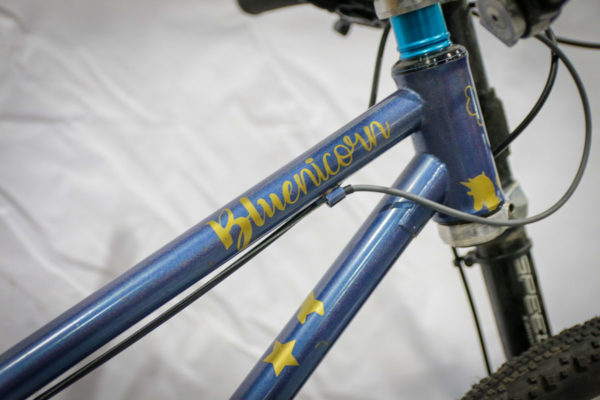 At a show like the Philly Bike Expo, there’s a lot going on with a lot of different types of bikes. But in terms of purpose build rides, the Altruiste Bluenicorn was one of my favorites. Gabriel Lang has built some incredible bikes (including the 2018 Best Mountain Bike and Best Bike at NAHBS), so what makes a hardtail with some used parts so special? Well, it happens to belong to Gabriel’s daughter and it’s a pretty awesome way to turn yesterday’s high end parts into one sweet kid’s bike for today’s youth. 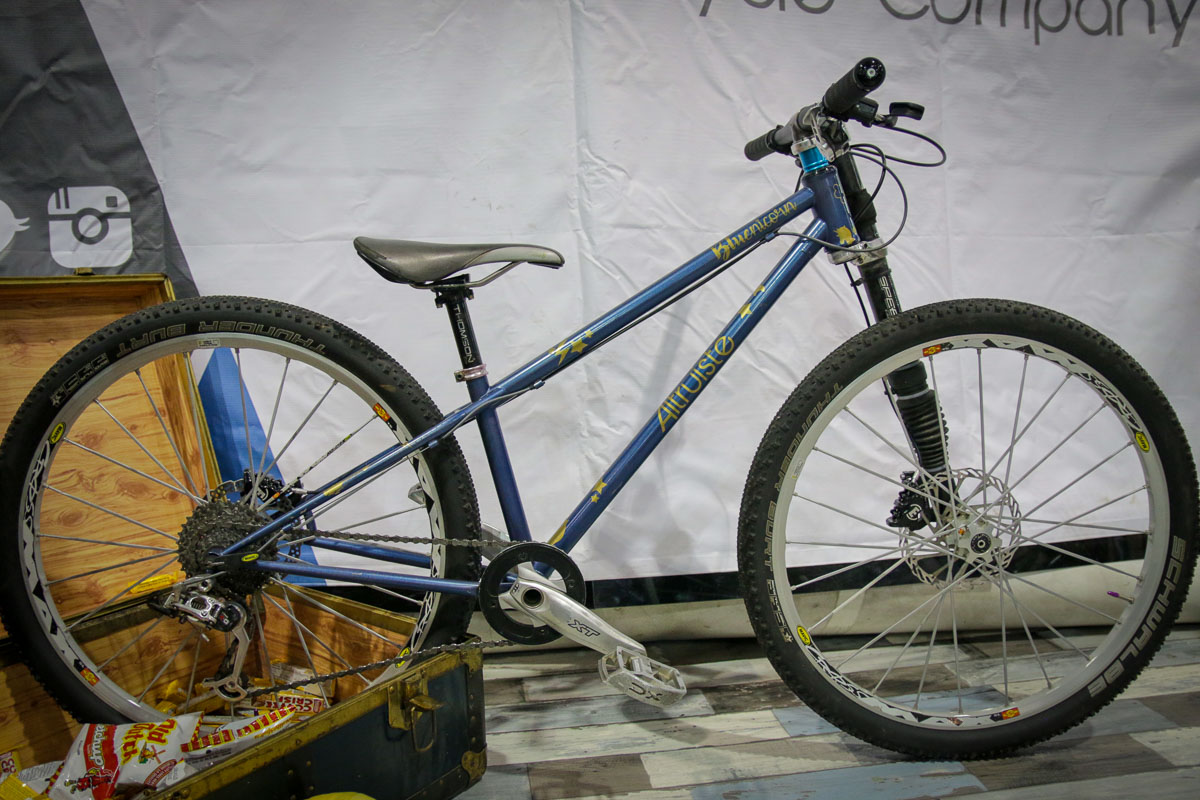 Gabriel knew he wanted to build the Bluenicorn around 26″ wheels, and he also wanted a lefty fork. Lefties roll on needle bearings, so Gabriel says they still work great for lighter riders. So a donor Cannondale with all of the parts was purchased, and then the frame was sold after removing all the parts. From there, Gabriel built the custom steel frame to fit his daughter but allow her room to grow. 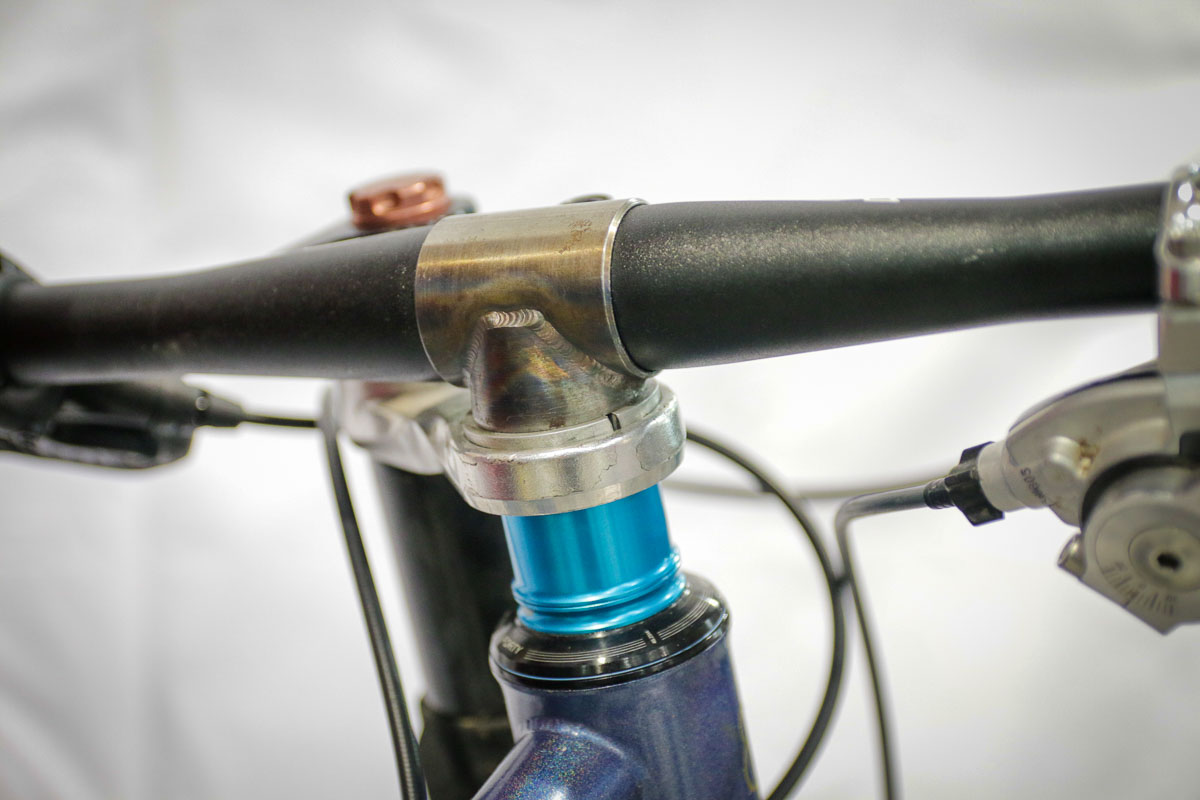 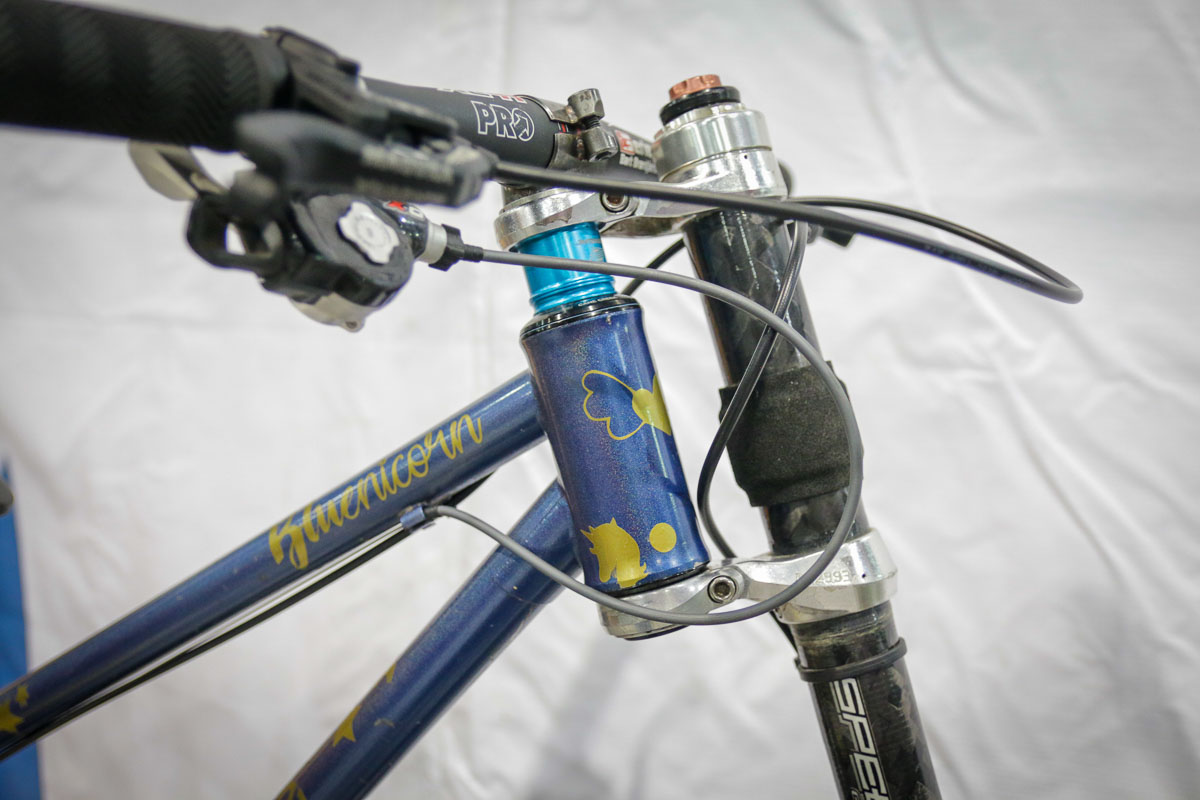 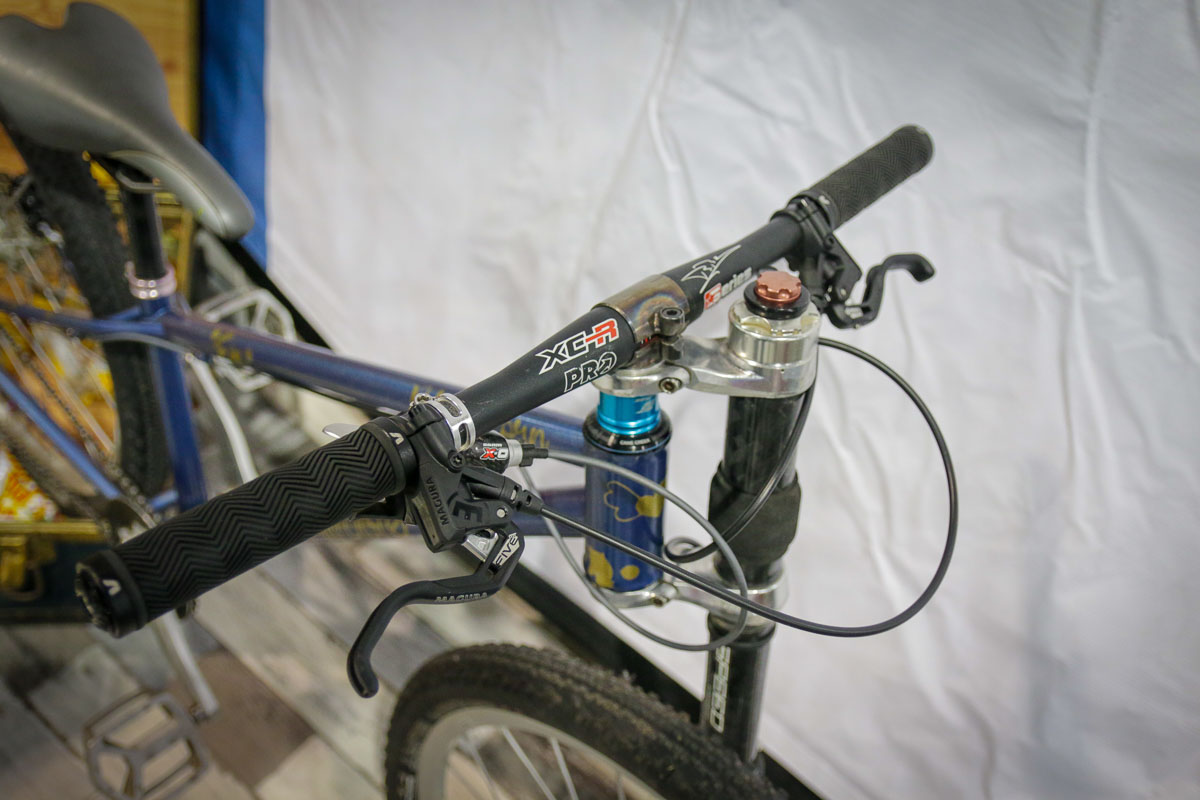 To shorten the reach, he created a custom steerer tube that has an integrated 31.8mm bar clamp to create a 0mm stem. Gabriel also lowered the fork by 1.5″ to drop the front end. 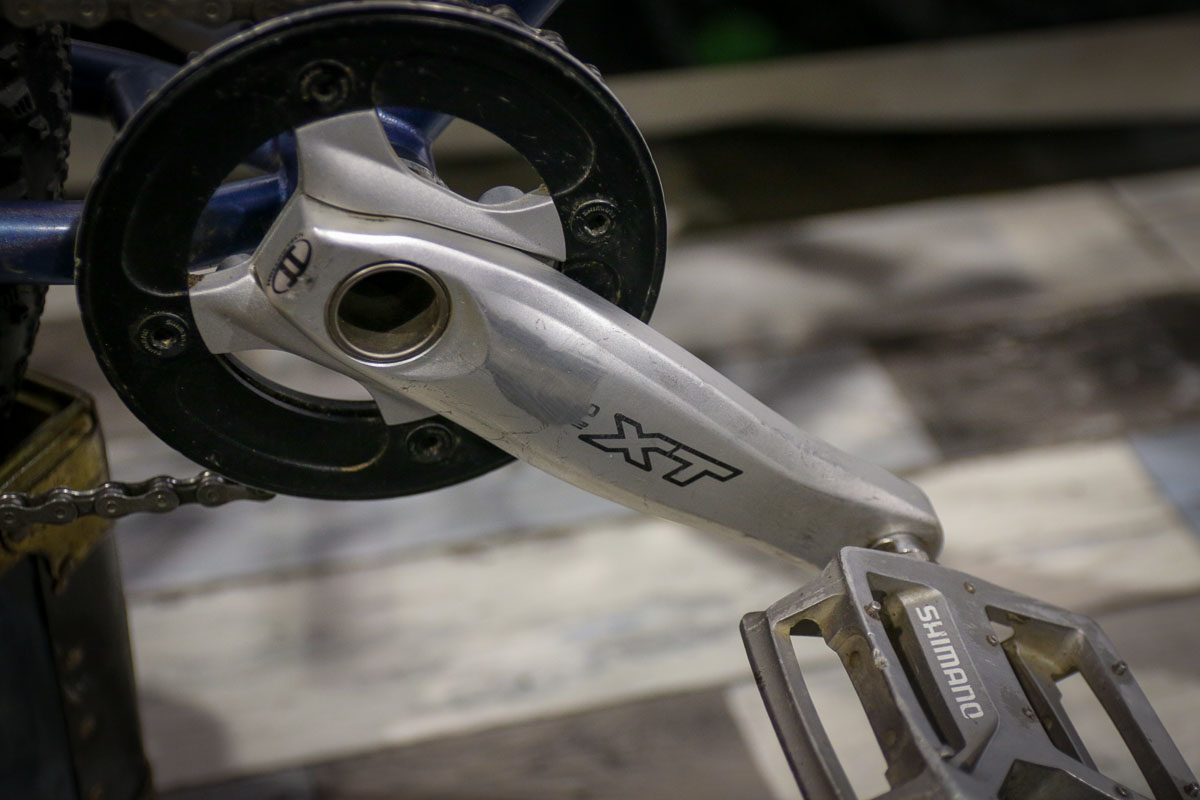 The cranks are also custom – they’ve been shortened from 175mm to 155mm, and re-tapped for standard pedals. 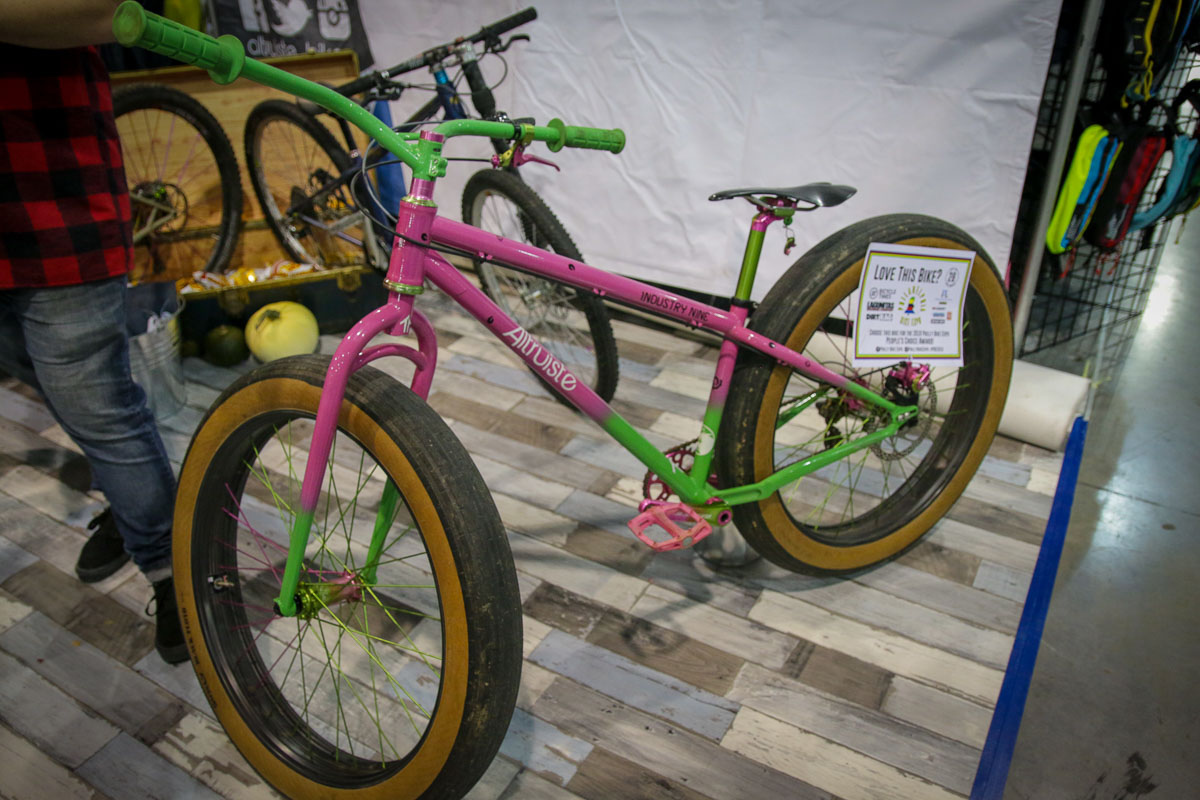 This bike was just barely finished when we saw it last, and since then it’s seen plenty of time on Industry Nine’s pump track. There aren’t that many pump track specific fat bikes out there (maybe one?), so Gabriel says it was a fun build. 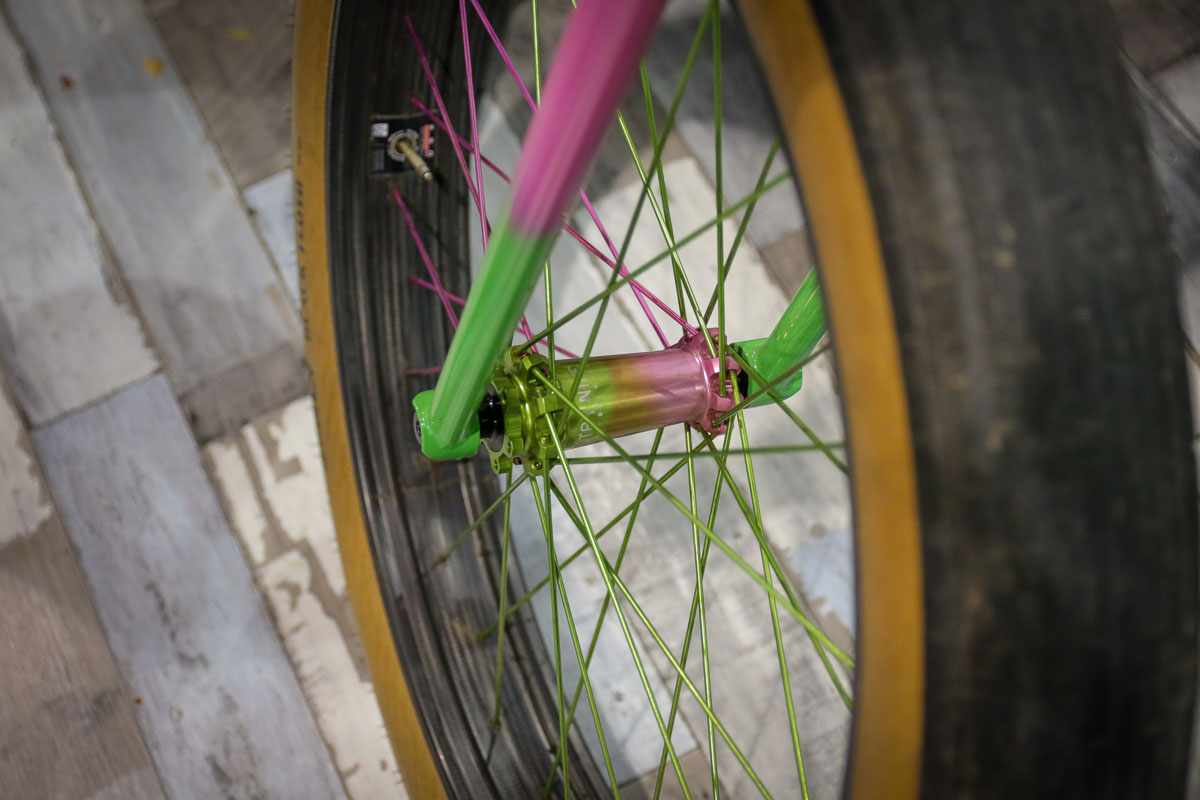 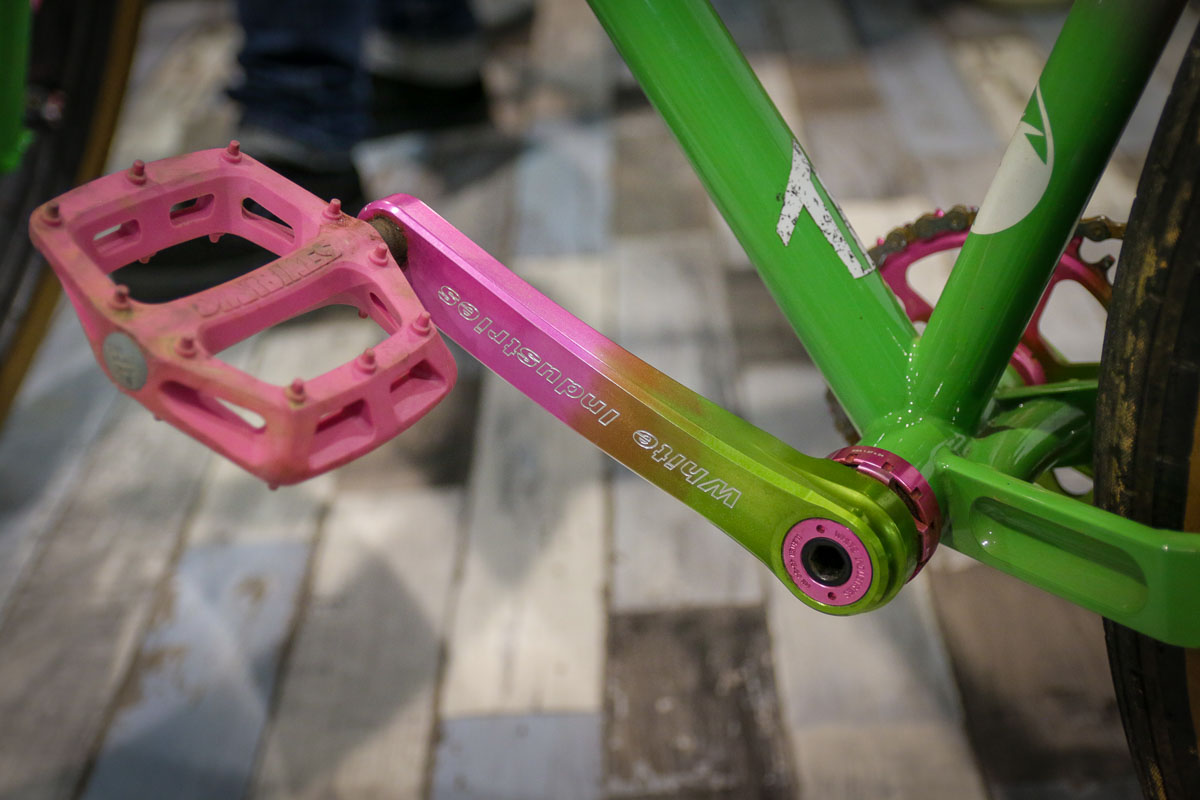 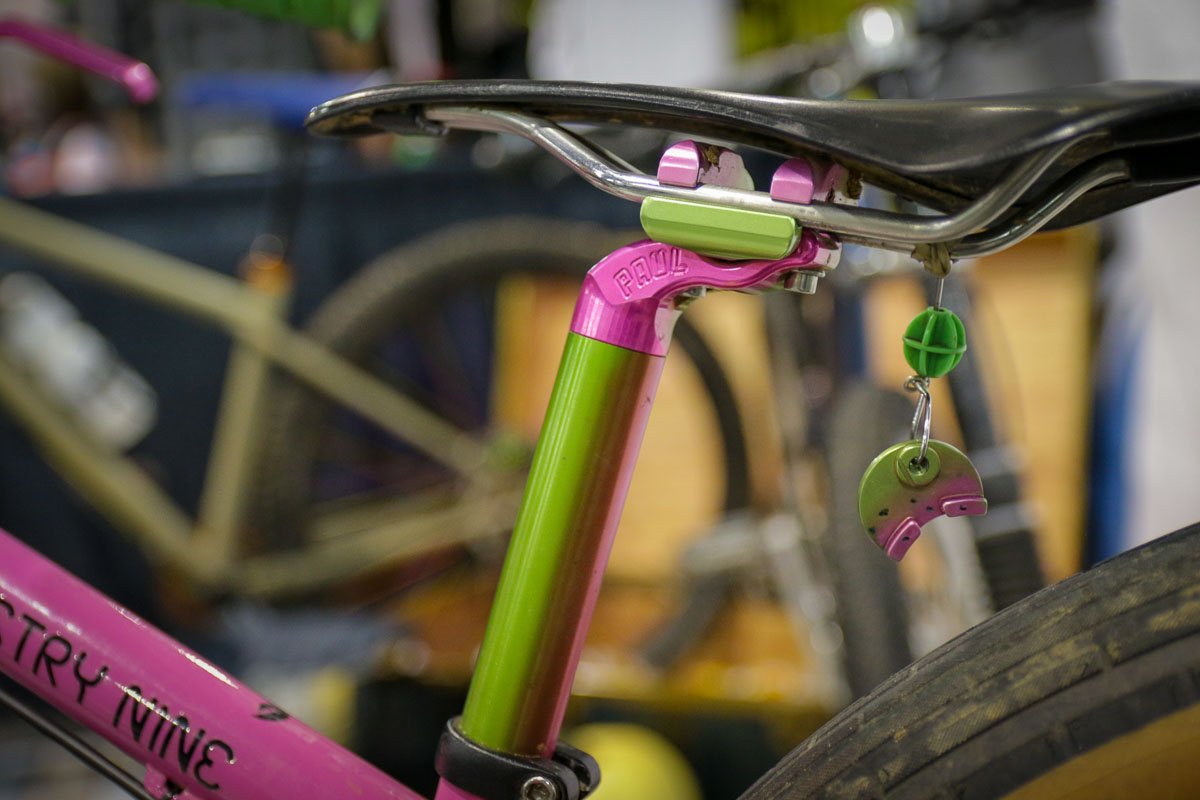 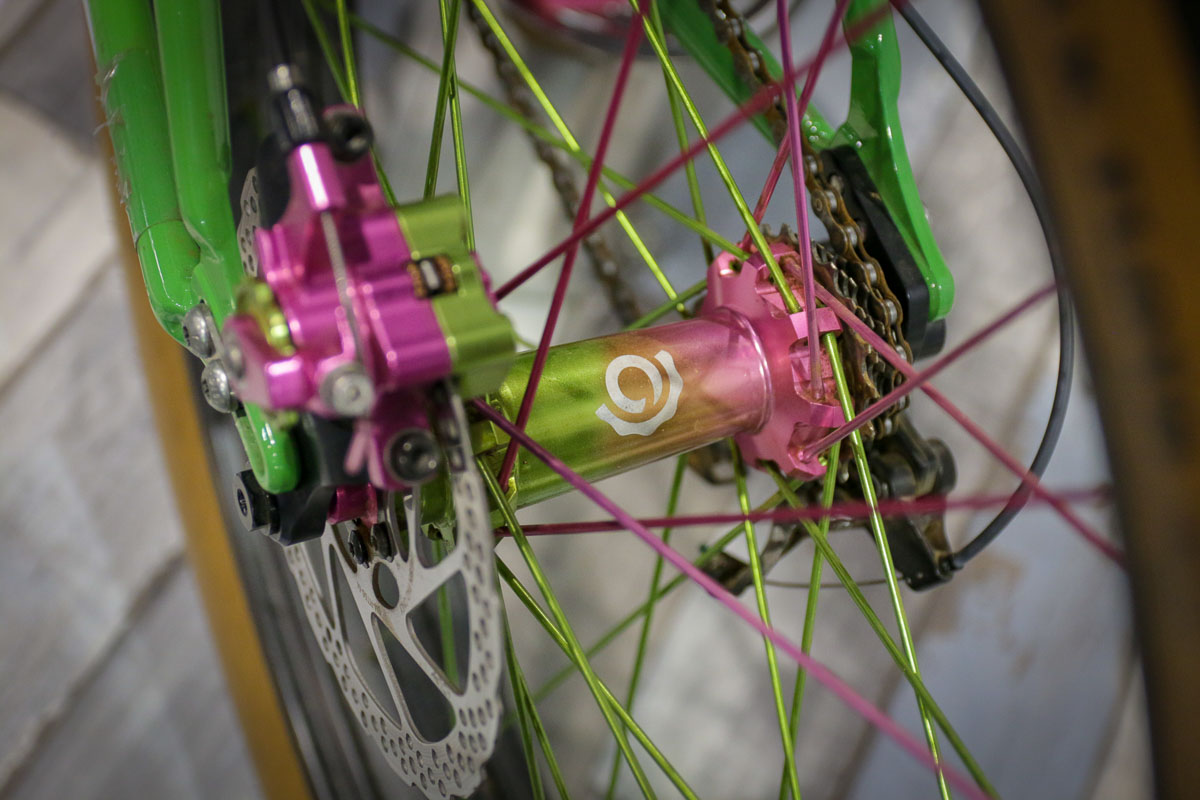 All of the watermelon anodizing has a split personality, and the Oddity Wi-Fi bar caps things off.

How do you shorten hollow aluminum crankarms? Are they solid at that end of the arm? Or did he do some welding? Rad bike.