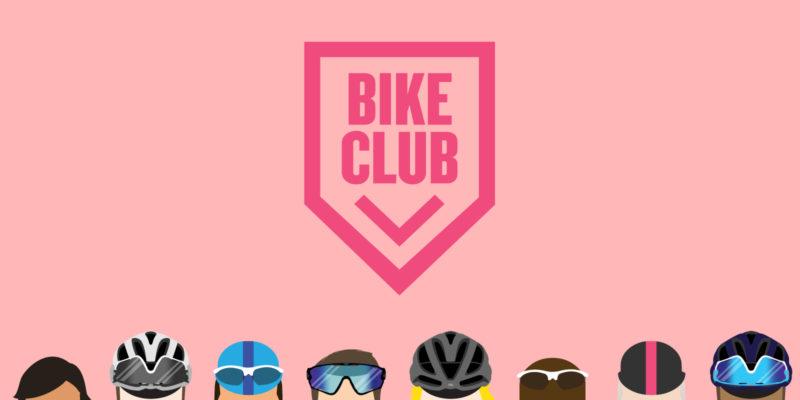 The first rule about Bike Club NFT is… wait, what’s an NFT? If you’ve managed to steer clear of all the recent talk of NFTs, the simple answer is that it’s a one-of-a-kind digital item that only one person can own. These NFTs, or Non-Fungible Tokens, are popping up as everything from cartoon apes to Colnago road bikes. Now, with Bike Club NFT, 10,000 of these unique Rider avatars will be minted as access to an exclusive club with real-world benefits.

According to the Bike Club NFT Roadmap, the plan is to mint 10,000 unique ‘Rider’ avatars in 2022. These Riders will be generated with more than 100 possible traits, making each one completely unique. 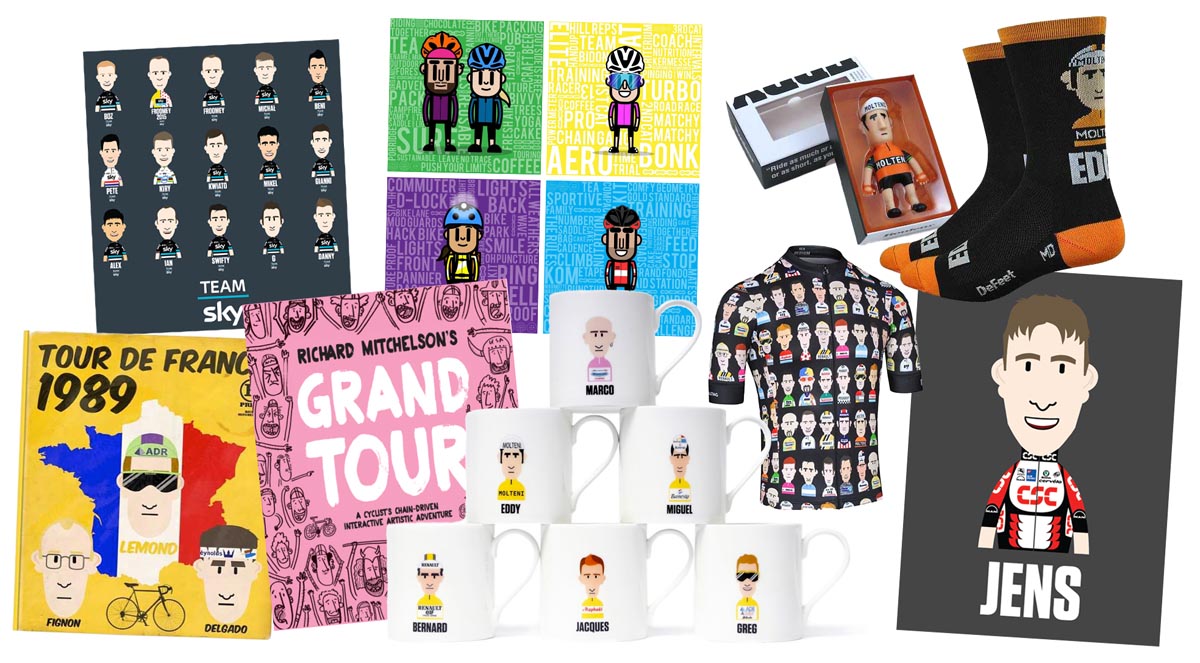 If the artwork looks familiar, that’s because Rich Mitch is on board as the artist and one of the founders. The team also includes DeFeet’s Shane Cooper, former pro cyclist Paul Willerton, and for full disclosure—Bikerumor’s founder, Tyler Benedict. 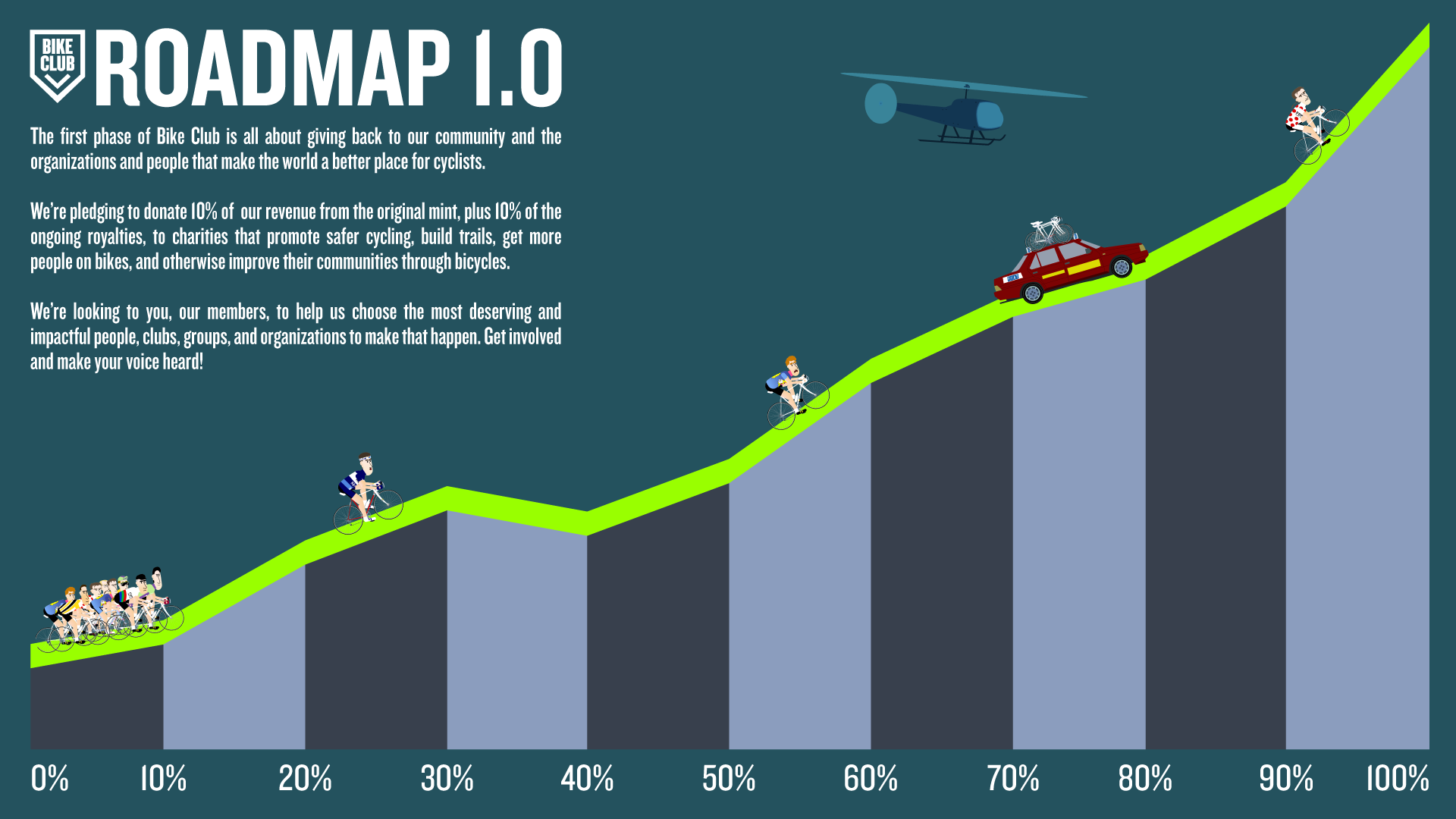 Anyone who buys one of the Bike Club NFTs will have their own custom cycling avatar created by Rich Mitch that you can use as you’d like – social media profile, stickers, custom clothing, whatever. It’s yours, you own it. These avatars will also be sellable and transferable by the Club member. 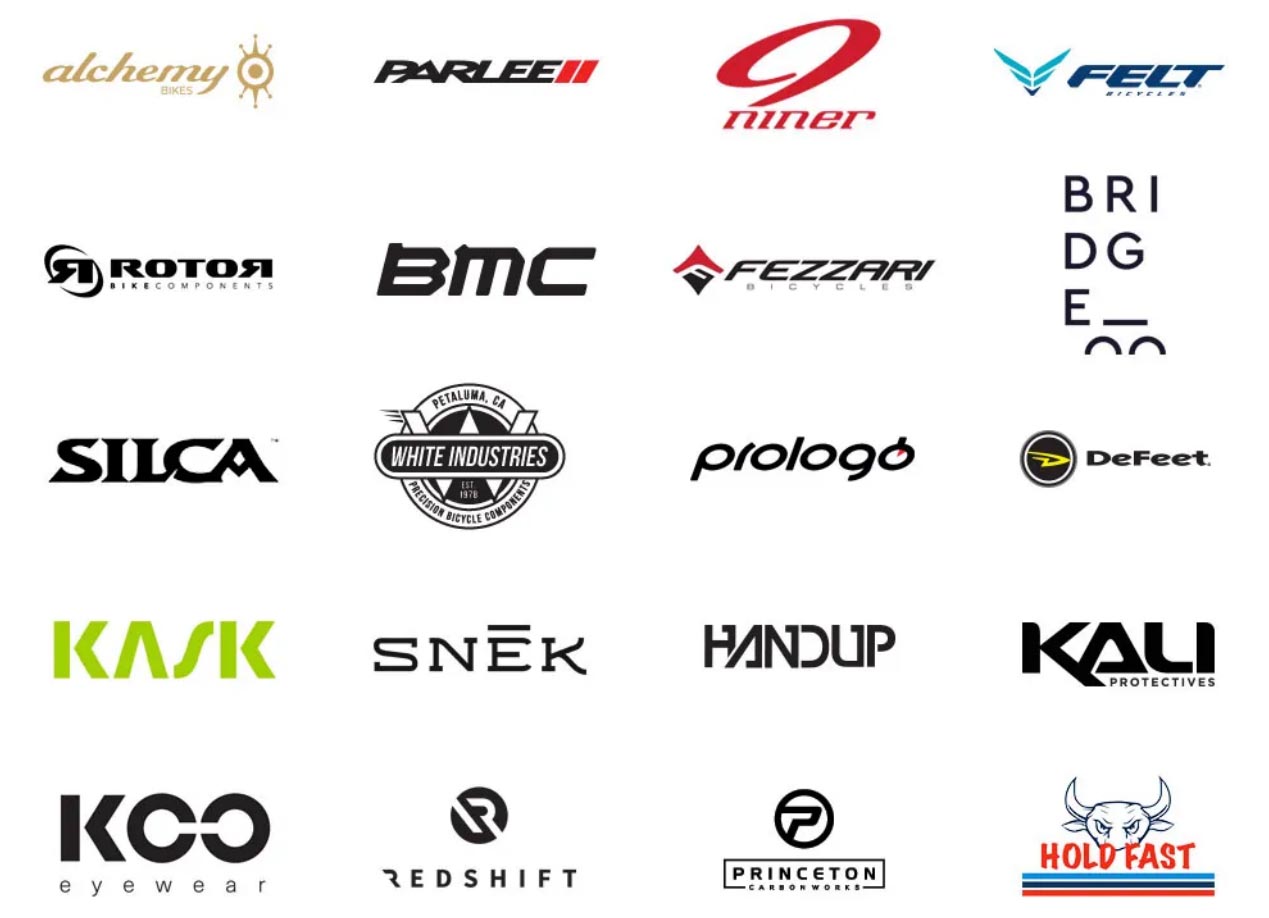 But what does that get you? According to Bike Club, “We firmly believe that the future of community, gaming, social media, and commerce is being built on the blockchain. Bike Club is leaning into this future by digitally recreating the strong cycling culture we all enjoy, allowing free and open communication between brands, athletes, events, and riders while creating massive value for everyone involved.”

That includes a host of benefits not limited to private groups and channels on social media, a Strava Club, and exclusive access to events, product deals, giveaways, product launches, and even athletes and industry leaders. Bike Club already has a pretty solid list of big-name brands that are on board, likely with more to follow.

On top of that, Bike Club aims to donate 10% of all revenues to cycling-related charities and advocacy groups while allowing the Bike Club community to help decide which organizations will get the funds.

For now, Bike Club is in what they call the Neutral Start. The actual Mint Day is planned for mid-January, 2022—at which point you’ll be able to buy one of the Riders. The sooner you get in, the more chances you’ll have for the “major prize giveaways.” At this point, there’s no indication of what those major prizes will be, or how much it will cost to buy one of the Riders, though you can expect that information as we get closer to Mint Day.

Bike Club will be on OpenSea and on the Ethereum blockchain.

Where is this being minted and on what block chain?

It will be on OpenSea and one the Ethereum blockchain. Just updated the article to include the link.

All power to raising money for charity, but have you guys thought of doing something to offset the carbon emissions?

Shame on you for promoting this. It’s unsustainable and scammy.

Dude…. Any and all NFT’s can be had by any person anywhere with a right click.

Good lord you tech people can be dense. Wow.

Burn the planet, empty your wallet, own a certified copy of an instantly and infinitely repeatable digital file, but don’t worry, yours is unique and will surely increase in value… can I smell Tulips?

The NFT stuff is starting to feel awefully elitist in a sport that is already elite and in need of inclusivity! I just don’t get how this actually benefits the sport or the community aspect of cycling at all. I wish someone could explain that to me.

All, as Zach wrote, I’m involved in this project as a co-founder. The website has a ton of info on the benefits of owning one of these plus a lot more about our plans. The best way to learn more is follow us on social, we’re @BikeClubNFT on Twitter and Instagram, and our Discord server will be opening up in early December, which will be incredible…we’re working so hard on that right now to make it an amazing experience and community.

And yes, we’ll totally be doing IRL rides, too!

As someone said above, what’s the benefit of owning something that is so easily copied for free? The only benefit I can see is that this is cheaper than that Colnago NFT some idiot bought.

Why even ride the bike if you’re not going to live in the real world you can probably buy a loot box on your credit card that will include a 400 watt FTP.

utter trash. Cryptocurrency in general is a nightmare for the climate and world economies. NFTs take every that’s terrible about cryptocurrency and add that to also ruining digital art. Burn it all

As cycling is a green(ish) sport, why not at least consider a greener Blockchain like Tezos. Next to no gas fees and way easier on the environment. Ethereum hasn’t even gone proof of stake yet.

I’m not sure cycling needs any more “exclusive clubs”…

I suspect my dollars will be better spent making my local club more inclusive.

so its a membership – … why the need for NFT – seems gimmicky …

Good on ya for being an innovator!