Bikerumor has joined Lola Digital Media, aligning with leading outdoor sites like GearJunkie, Switchback Travel, AutoWise, iRunFar, and others to create the AllGear Media Group. I’m very happy and proud to say that our entire team – Zach, Cory, Jessie-May, Steve, Jordan, Kristi, and the rest of the crew (including me) – are all still here. 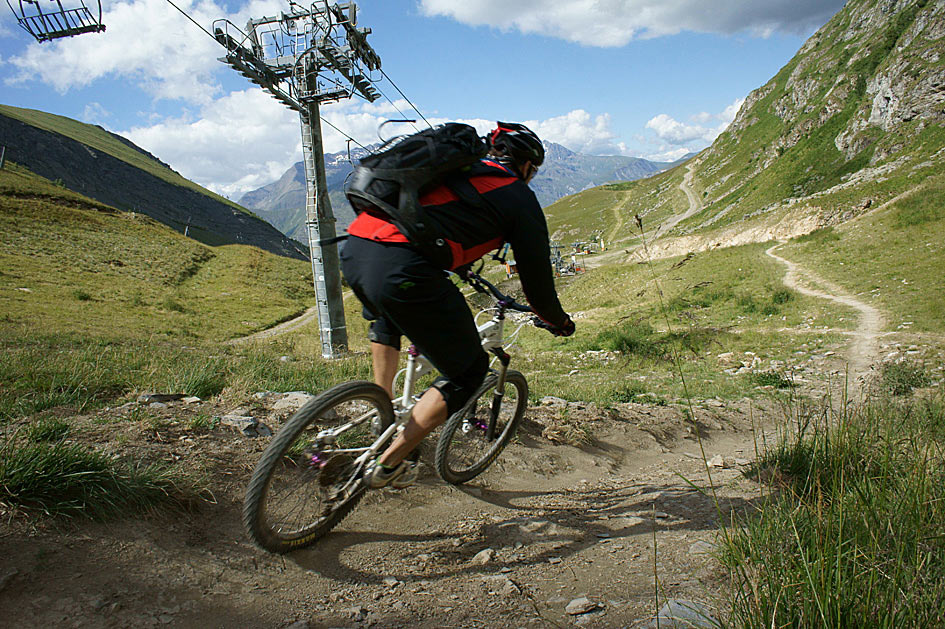 One of the first press launches I ever attended was for GT in France in 2010. Remember 26″ mountain bike wheels?

In late December 2020, Bikerumor was acquired by Lola Digital Media. The official press releases are here and here. That’s the short version. But I wanted to tell you about the deal in my own words, so here’s the long version:

I started Bikerumor in 2008, mainly because I didn’t want to get a real job. I was closing down a beverage company I’d started almost a decade earlier that, for various reasons, had run its course. An office job wasn’t an option because, well, I’d just really rather be outside riding mountain bikes.

As a cyclist, I was most interested in making my bike lighter and faster. Training? Meh, I just needed a lighter bike! I loved the bikes, the gear, the components, and the tech.

I was also a big fan of Engadget, the tech blog. Its simple layout, endless scroll of new gadgets, and fun, lighthearted writing style really appealed to me. There was nothing like that in the cycling world.

Other sites did race coverage and forums really well. But I couldn’t find a daily stream of all the new bikes and tech. So I made the cycling tech blog I wanted to read, and called it Bikerumor.

The timing was great. 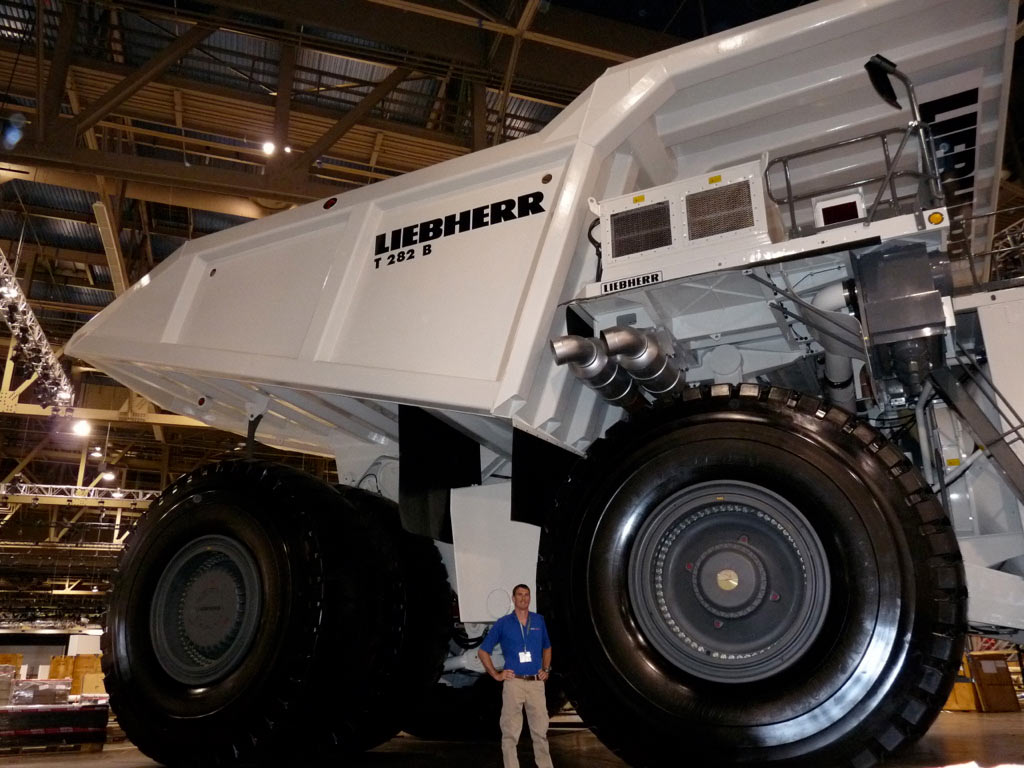 To pay for my trip to Interbike in 2008, I helped a friend with their booth at the Mine Show across town, then rushed straight back to the bike show…after checking out these insane industrial machines for a few minutes, of course!

The big magazines were committed to print because subscriptions and full-page display ads made them a lot of money. Digital would disrupt that, of course, but they reacted slowly. The other websites had found their niches covering the races and athletes.

The door was open to do something different, so I put a camera on my already nearly maxed out credit card and bought a plane ticket to Interbike.

I didn’t really know what to expect, but I had a plan: Walk around, ask every booth what they were launching at the show, and take some pictures and notes.

Then I went back to the hotel and cranked out stories until I passed out. Repeat for three days. 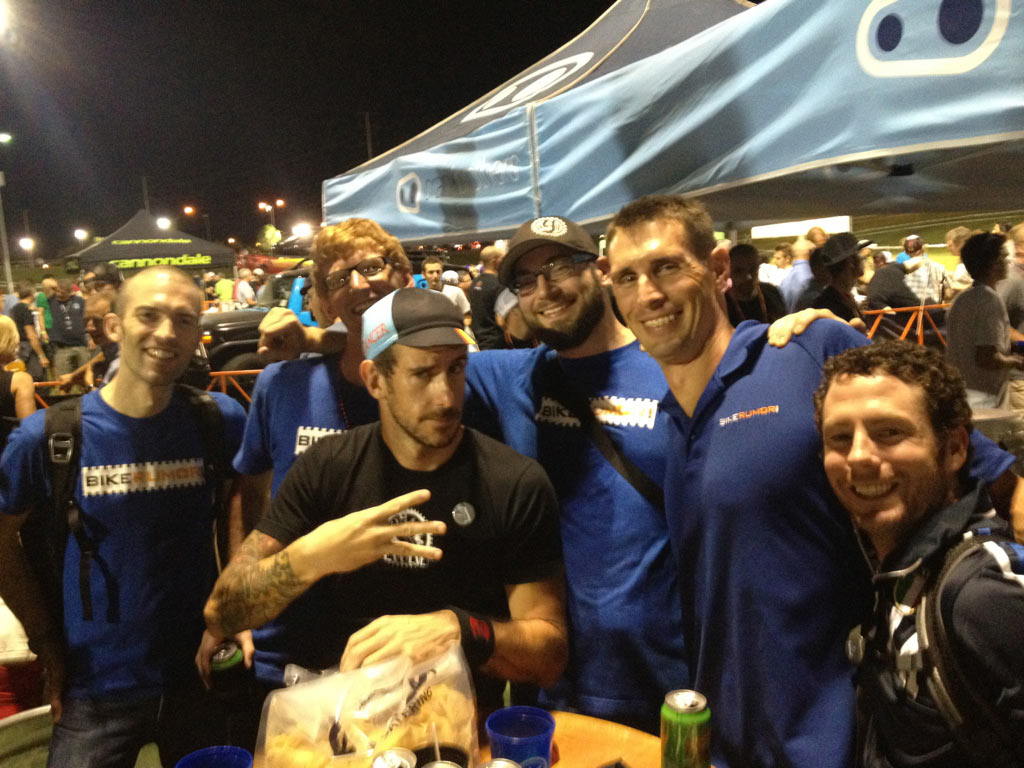 The crew at Interbike 2012’s CrossVegas…Marc, Colin, Watts, Nick, me, and Evan.

I did the same thing at Sea Otter Classic in April 2009. And NAHBS. And then Interbike again. Eventually, Zach joined my team. Then Cory. And all along, Kristi’s been behind the scenes moderating comments and posting your Pics of the Day.

I’m humbled that all of them have stayed with me for so long, many times keeping me in check, or offering up big new story ideas, and are an integral part of the Bikerumor family.

More recently, Jessie-May joined us from the UK in 2019, and Jordan came aboard last year. 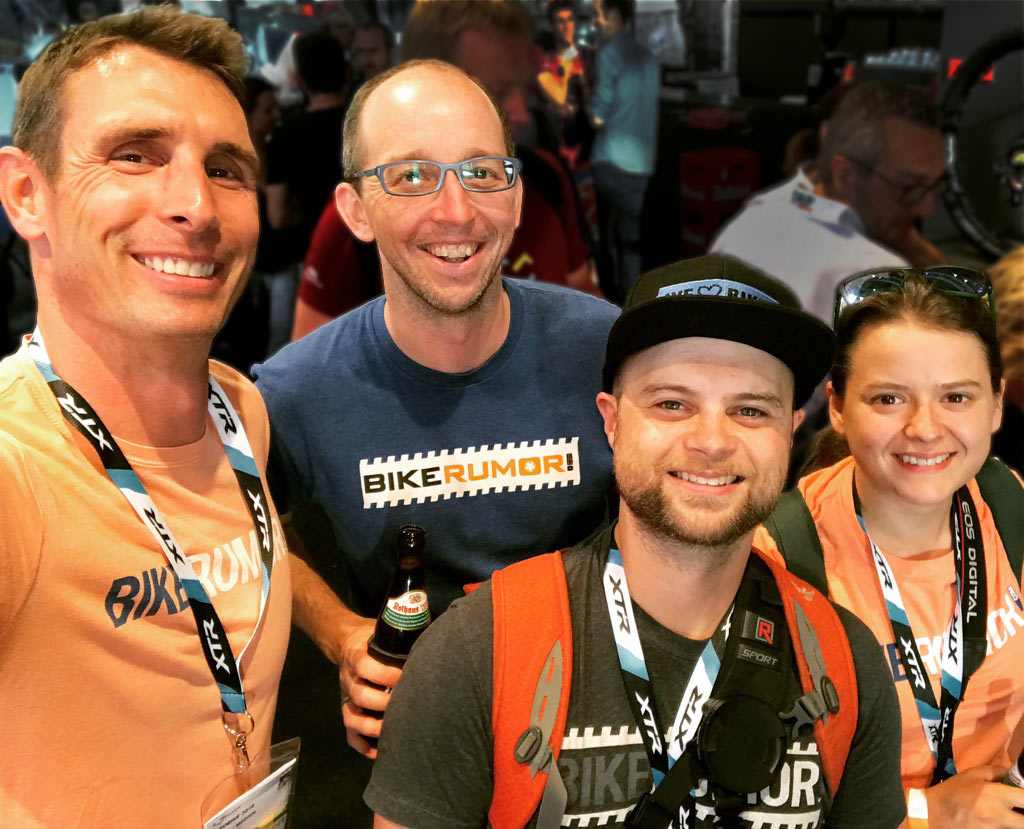 I’m proud to say that we were one of the first major cycling sites to have a full-time female editor (what’s up, Saris!) and that I’ve always had an open door to anyone who could write and ride. A lot of awesome people have written for Bikerumor over the years, and I’m stoked that we’ve remained good friends even as they’ve moved on to other things.

What’s next for Bikerumor? 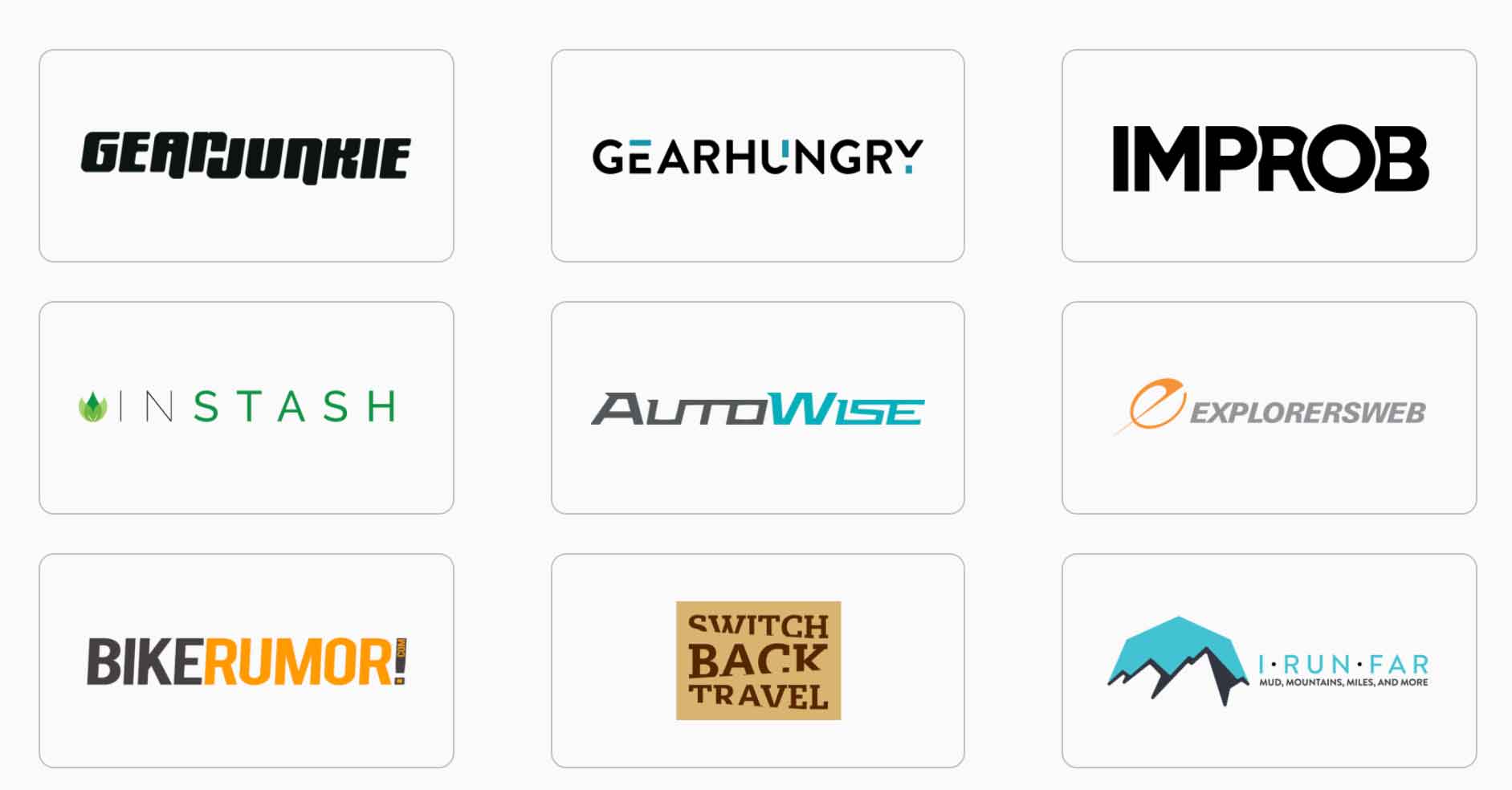 Our team continues to grow, and that’s by design. I can’t honestly say I had a plan, and I certainly didn’t plan on selling Bikerumor last year, but I can say this: I built it to be bigger than me, so that our contributors could own their stories and their content, posting the types of stories they felt were most important or interesting. I built it to welcome all voices and riding styles.

And now, I get to welcome more new voices. We get to build it even bigger and better, with more resources to bring you more of the latest tech and cycling news you’ve come to expect from Bikerumor.

The sites in our AllGear portfolio are all amazing, and leaders in their categories. Personally, I’m excited to learn from all of them. We’ll likely share some of their best outdoor stories, and they’ll share ours.

Mostly, I’m just excited that we get to keep doing the things we’ve been doing, with the same team, and add fuel to that fire. I think you’re going to really enjoy what’s to come!

As always, thanks for reading,

So Tyler, you own a piece of Lola? Is BR’s portfolio expanding beyond road/gravel/mtb/ebike?

The weight weenie in me lead me to BikeRumor in the early 2010’s, and I’ve been swiping BikeRumor daily ever since. You guys provide detail technical breakdown (including scale weight photos) for all the tech and gears, and those kind of information is hard to find outside of BikeRumor. I very much appreciate all the content you guys produce, keep up the great work!

good luck Tyler and the team. I follow your great work for many years and love it.
Shlomi ( Israel )

Interesting story. You’re a nice guyand I always enjoyed reading your posts and articles. And will continue to do so.

Bike Rumor has been a great read over the years & sometimes scroll it a few times a day because I have that office job you resisted and it makes for a good break from thinking about code. The pic of the day is a great feature and I’ve been lucky to have had a few chosen. I hope the name stays the same and that it doesn’t get usurped into another platform like Chainlove did with SteepnCheap. I kinda miss the days of continuously clicking the mouse for the next deal. Cheers and good luck in continuing to provide the world with great bicycle related content.

Thank you BikeRumor! for being part of my daily coffee/laptop wake-up routine.
It’s much better to wake up to bike fun & stuff than to the dreary, real-world news of the day.
Keep up the great work and kudos!

Congrats and good luck. I went to ebike rumor the other day and there has not been a post since 2019, is that site affiliated with bike rumor?

The best is yet to come! Congrats BR.

Many congratulations, BikeRumor. Been a follower since 2014. Just keep doing what you do.

I remember back in the day when GearJunkie was great before it started publishing mostly paid puff pieces. I really hope that Bikerumor doesn’t follow the same fate.