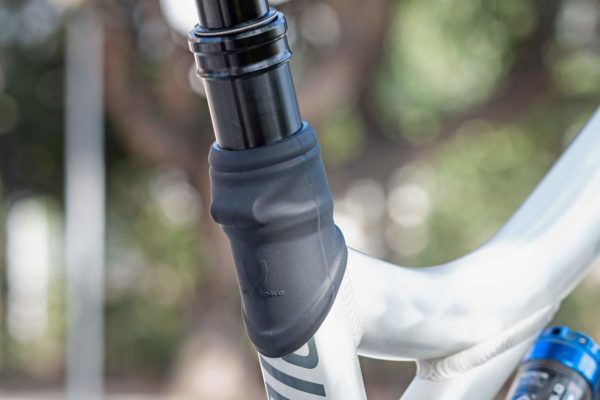 BikeYoke is closing out the end of the year with a trio of new little gadgets, plus an update that makes their popular dropper remote more universal & cheaper. The new Squeezy is the seatpost clamp we previewed over the summer. The Willy is kinda a condom for your seatpost clamp. And the Triggy X brings a more adjustable lever to your dropper remote. 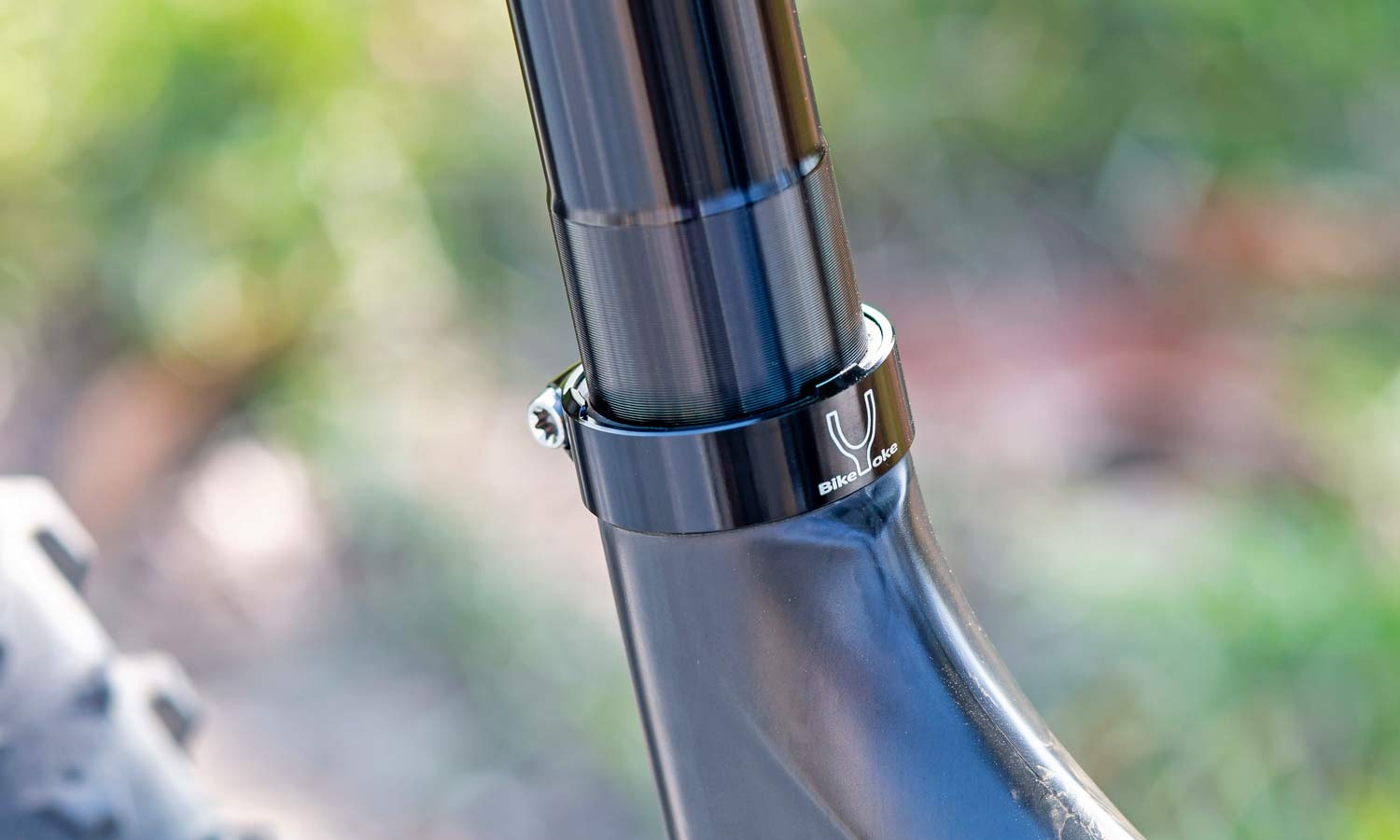 Who knew that you needed a better performing clamp for your post. Well, since most clamps have a large continuous ring providing a lip to fit securely over the top of your seattube, they actually don’t clamp with the same force from their top to bottom. BikeYoke explained it all to us with the lip-less prototype back over the summer.

While that had been less of an issue with alloy frames & fixed posts, modern carbon frames react more precisely to the inconsistent clamping force, and sensitive dropper posts that get clamped tightly in one spot tend to bind rising slowly or inconsistently. 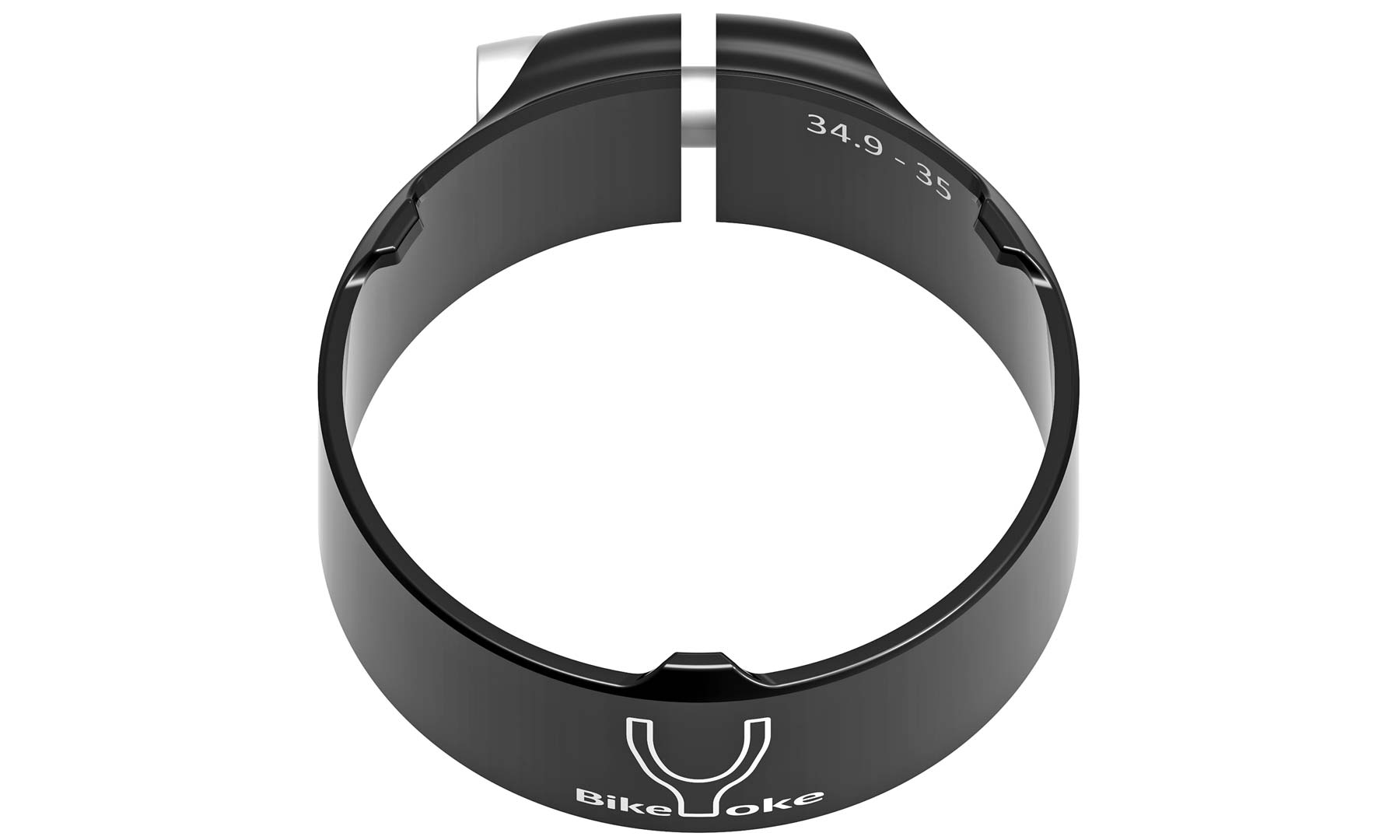 Since that lip is only to ease installation of the clamp, BikeYoke has machined it almost entirely away for its new Squeezy, leaving just three nubs to help you guide it into place. The thin, 12mm tall machined 7075 T6 aluminum band of the Squeezy is pulled together with a 6Al-4V titanium bolt for even load distribution.

At $33/29€ it’s not too expensive an addition to you bike, weighing just 7.9g for a 35mm version (a 38mm one is also available). It might even help smooth up the action of your dropper post if you’ve had binding issues in the past. 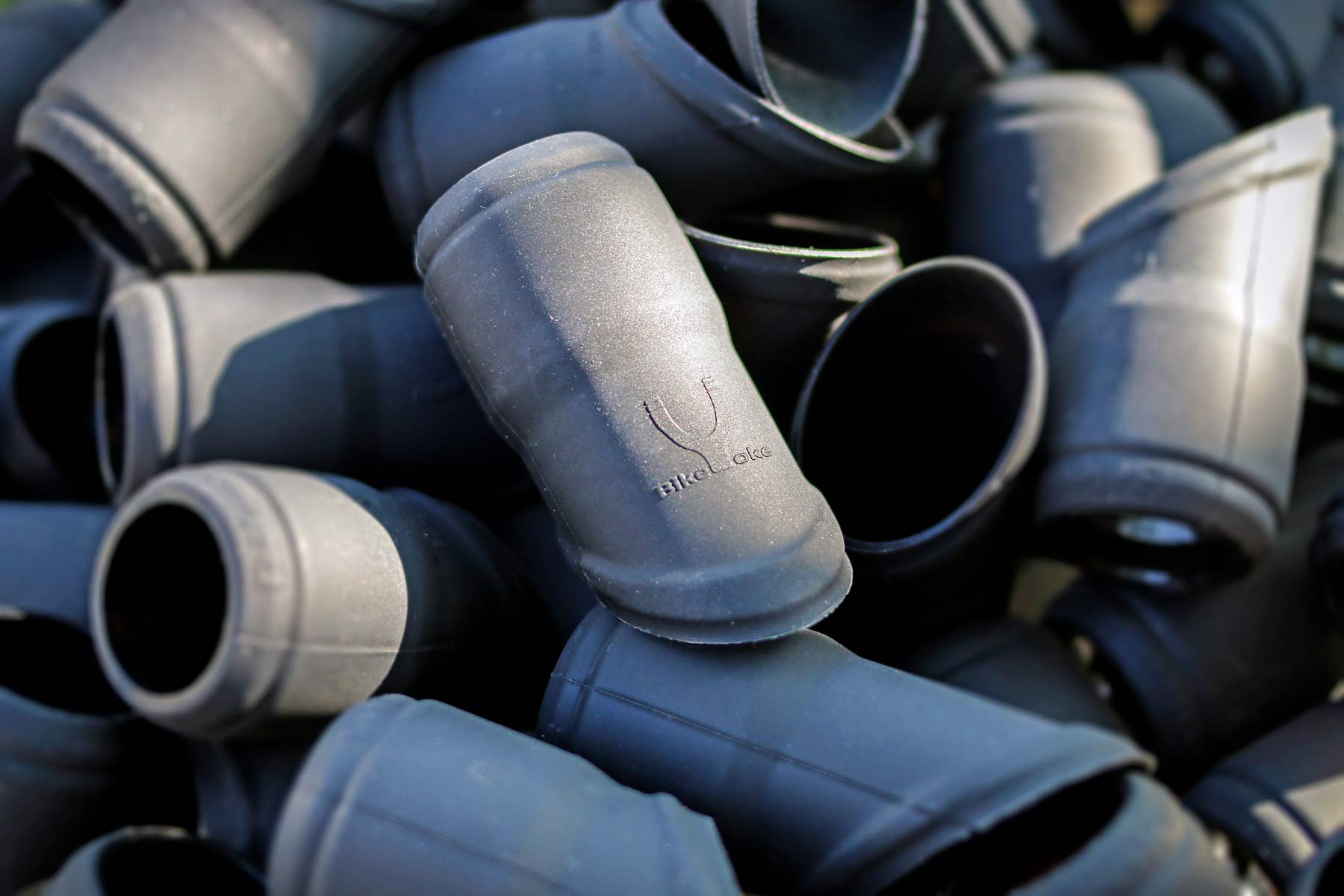 The Willy is simple rubber boot that seals against your 30.9/31.6mm seatpost or dropper and covers your seatpost clamp & the slots in the top of your seattube that allow it to clamp onto your post. Anyone who rides in wet conditions know how this exposed part of you bike gets a constant stream of mud, grit & water sprayed off the rear wheel. And I suspect most riders have (like myself) tried more than one solution to keep the clamp clean and spray from getting into your frame. 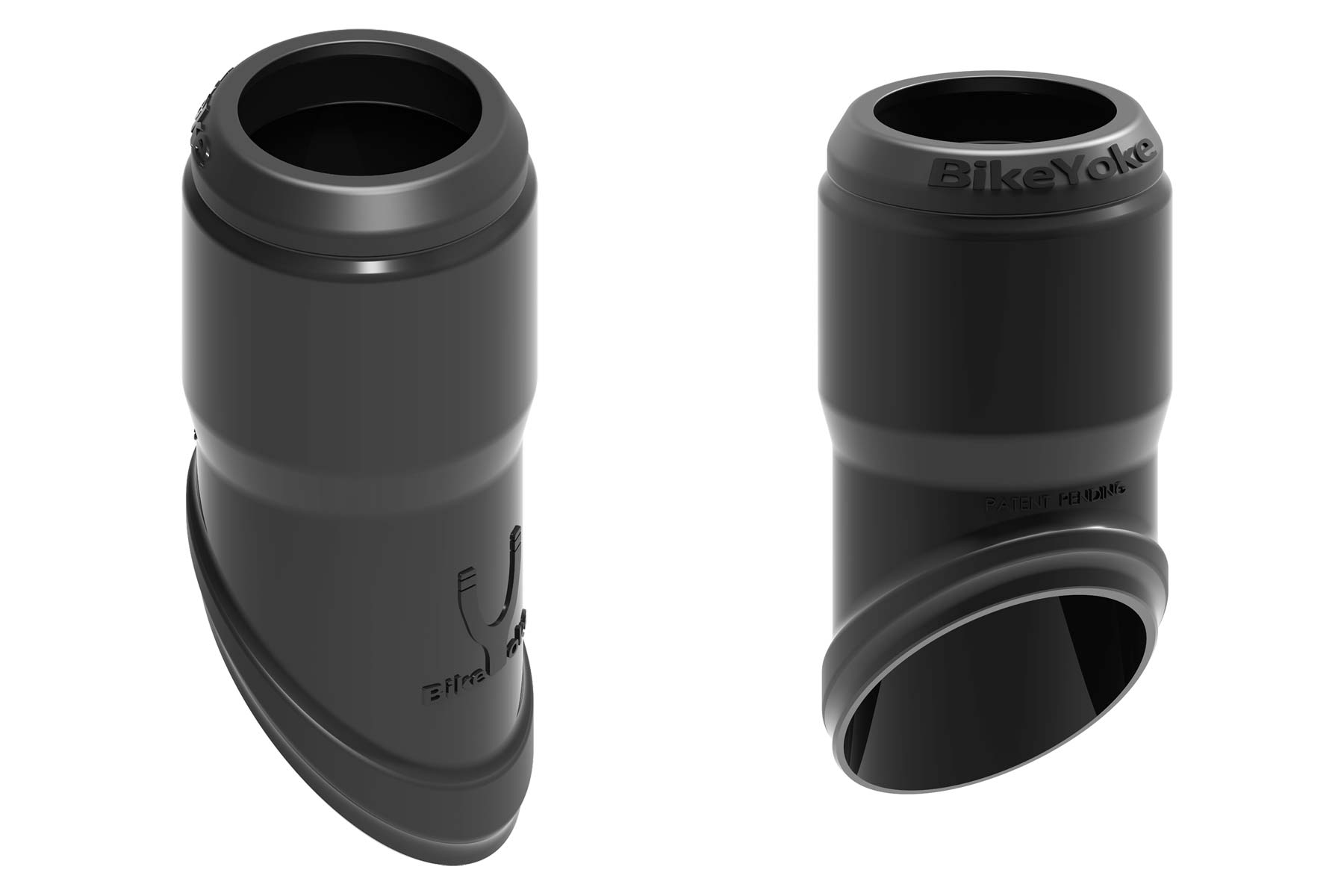 My best solution had always been a cut section of road inner tube, but the $9/7€ Willy looks like a more durable solution, correctly sized for most dropper posts, room for the clamp, and thicker for more durability. The Willy is again designed to work with 30.9/31.6mm posts (and surely will work well over the Squeezy). It gets a dropped tail design that should work well for most full suspension bikes, or anything with dropped seatstays. 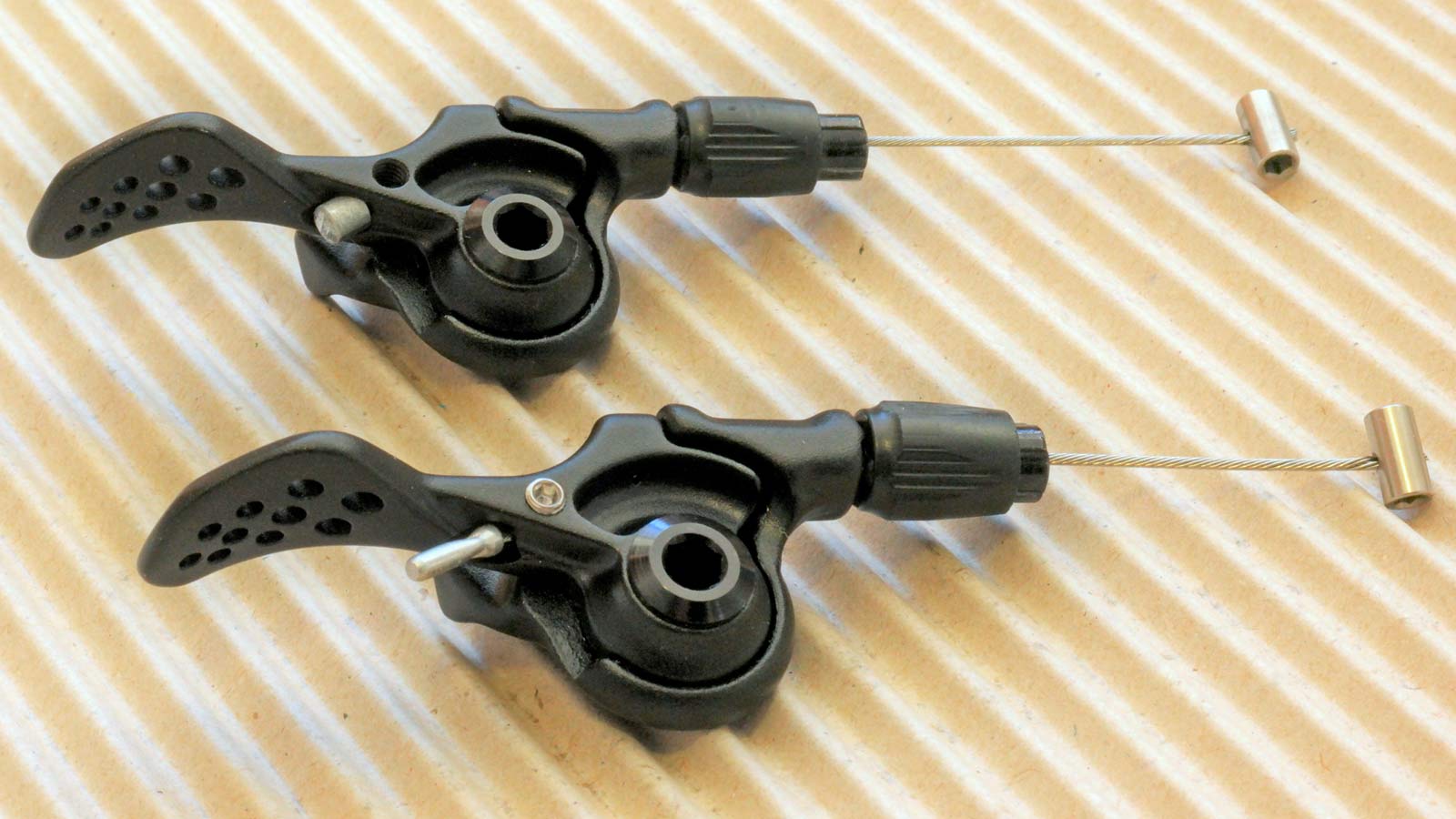 BikeYoke’s Triggy remote used to have two versions depending on whether the cable end was at your dropper or the remote. Now the revised design handles either at the lever itself, thanks to a removable grub screw. Besides making the new flexible mount Triggy a universal fit to almost any dropper post (it pulls up to 12.5mm of cable), it also stays light at 24g and comes down in price to $61/53€. 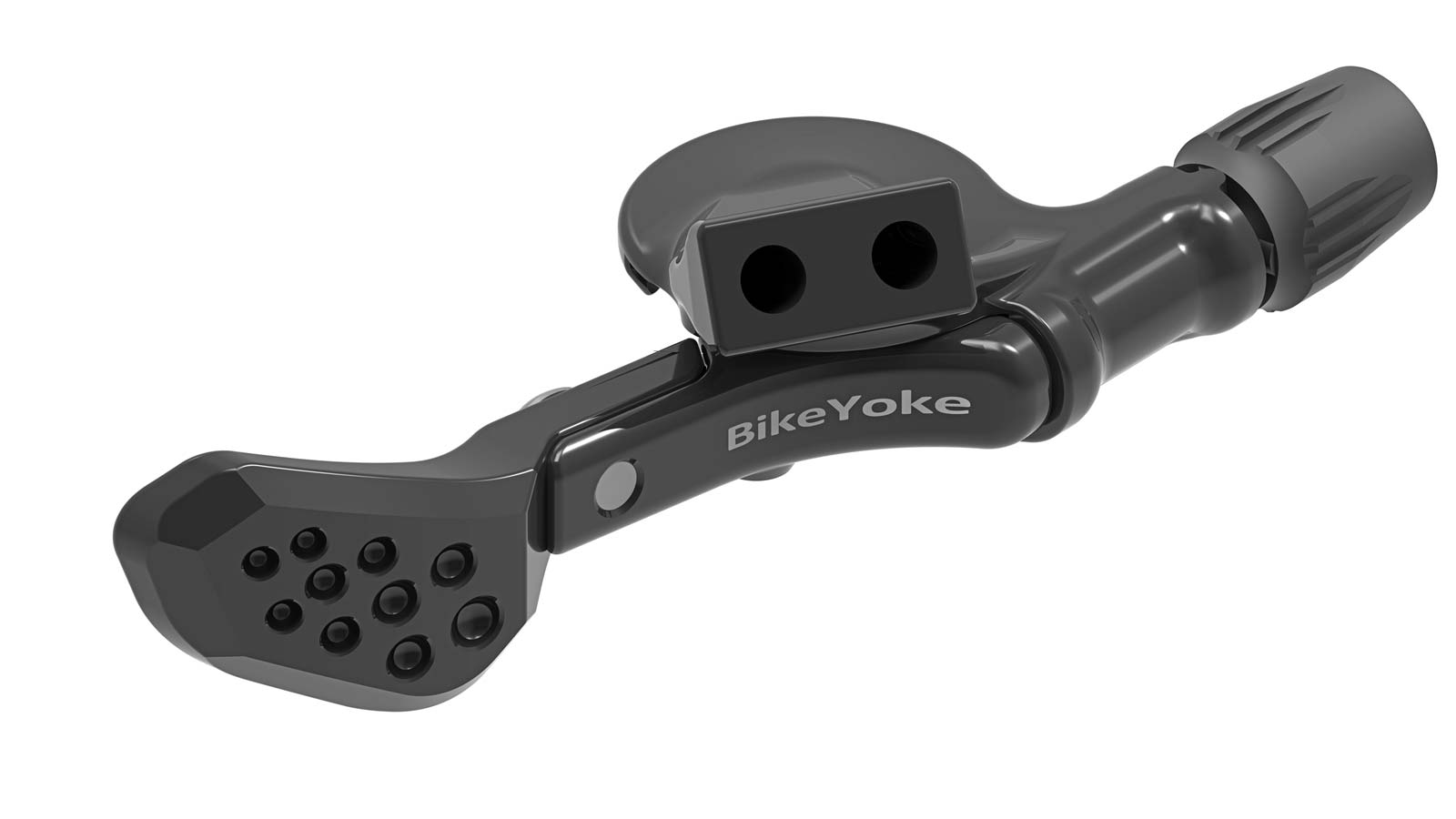 The universal fit of the Triggy remote will satisfy most riders. But if you want even more adjustability, the new Triggy X adds in a longer & length-adjustable lever. By adding an additional 6mm of adjustable length to the remote’s lever arm, you get more possibility to fine-tune the position of your setup, but also the possibility of extra leverage if you think your current setup requires top much force to operate your dropper post. 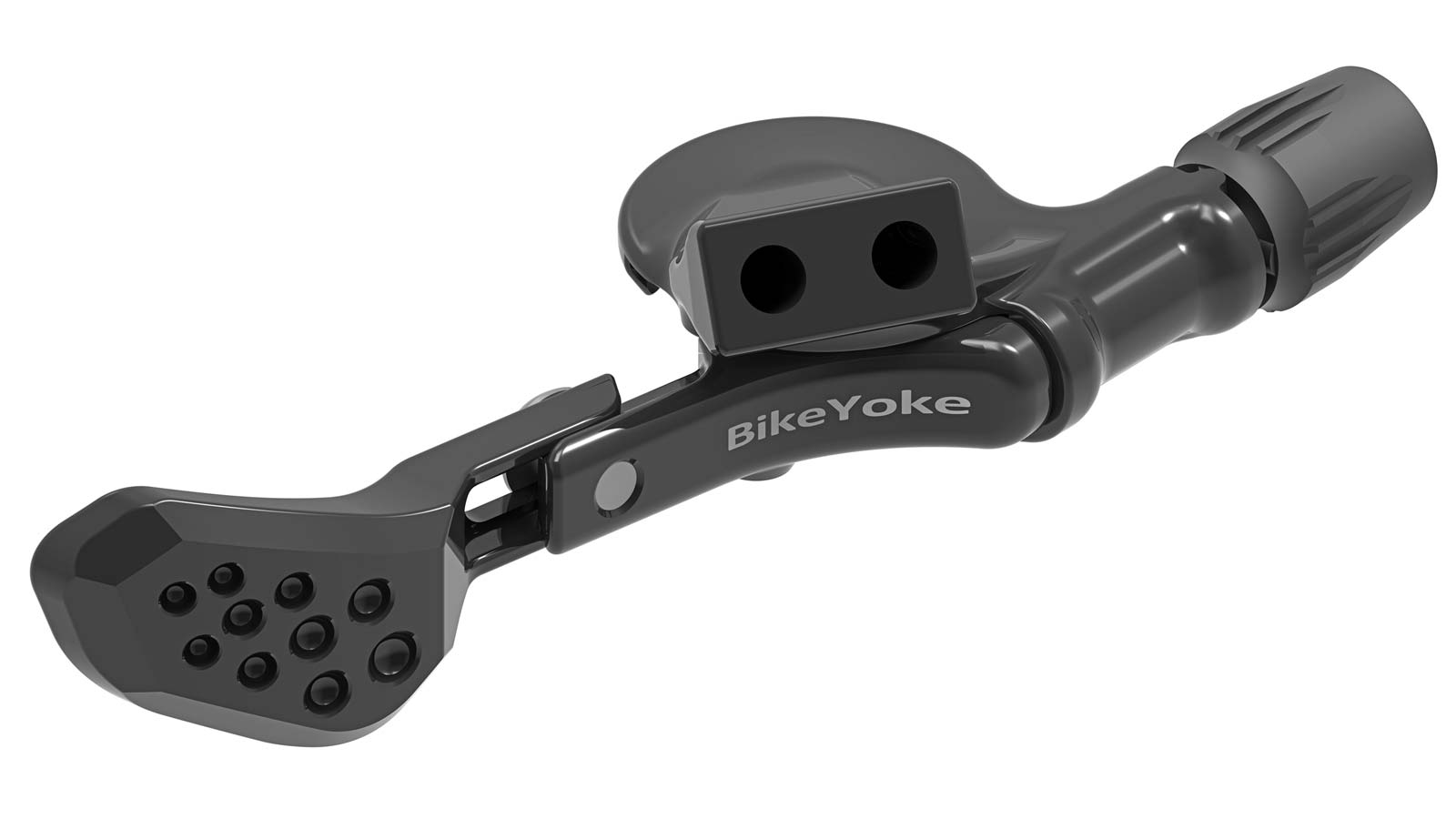 Based on the same design as their standard remote (and including the new universal cable attachment), the Triggy X can mount with BikeYoke’s Splits clamp that snaps over your bar, or mount it direct via Matchmaker or with an optional I-Spec adapter. Cable pull is a bit less at 11mm, but weight is just an extra gram 25g. The new Triggy X sells for $68/60€

Get any of BikeYoke’s new gadgets direct from their online shop or a local BikeYoke dealer shop.