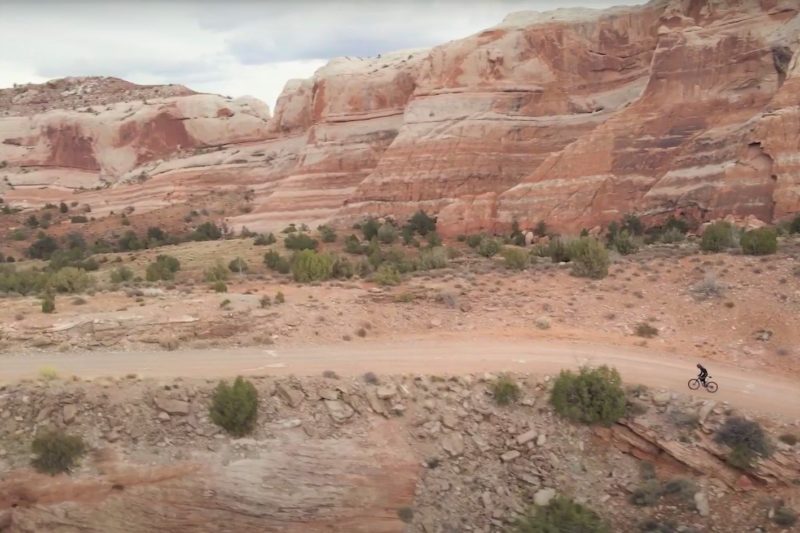 Providing a desert passage between Utah’s La Sal Mountains and Loma, Colorado, the Kokopelli Trail is an iconic mountain bike route. When Kait Boyle and Kurt Refsnider kitted out for mountain bike FKT attempts on the 137-mile trail on a cold November morning, they were just two suitors among many. The COVID-19 pandemic fueled the FKT fire to new heights, and records on the Kokopelli have been falling fast ever since. Boyle faced incredibly steep odds — recovering from a significant car crash, she had yet to finish the trail in its entirety as of the day of the attempt.

If you’ve got an emotive bone in your body, Fastest for Now will grip you from the opening seconds. The action fades in on an overwhelmed Boyle, who looks physically and emotionally floored after a lot of hard work. Before her accident in 2019, she’d obliterated women’s FKT records, challenged men’s FKT’s, and existed in strata that seemed somewhere beyond the top of the sport.

While she confronts underconfidence and deep-seated frustration over physical limitations the accident introduced, Refsnider squares off against Lachlan Morton’s Kokopelli FKT. Morton had taken the mantle from Refsnider the previous May, beating the old record by a sound 35 minutes.