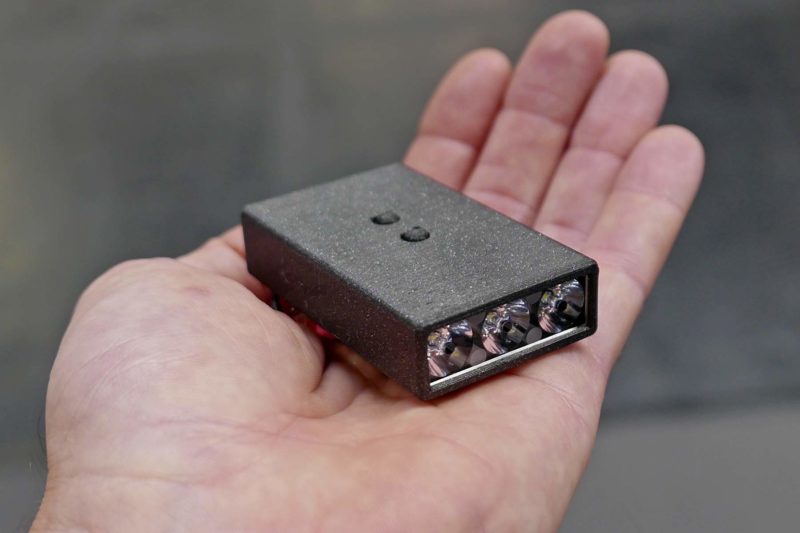 This tiny self-contained BYB Tech Focus LED headlight may be the highest-output, most-compact bike light we’ve ever seen. Cranking out a peak 5000 lumens of intense white light, the made-in-Italy Focus is as bright as a car’s headlights, so you will be seen. Yet, it is small enough to fit in the palm of your hand, weighs less than fifty grams, and will light up the road in between flashing your high beams to alert other road users to your presence. 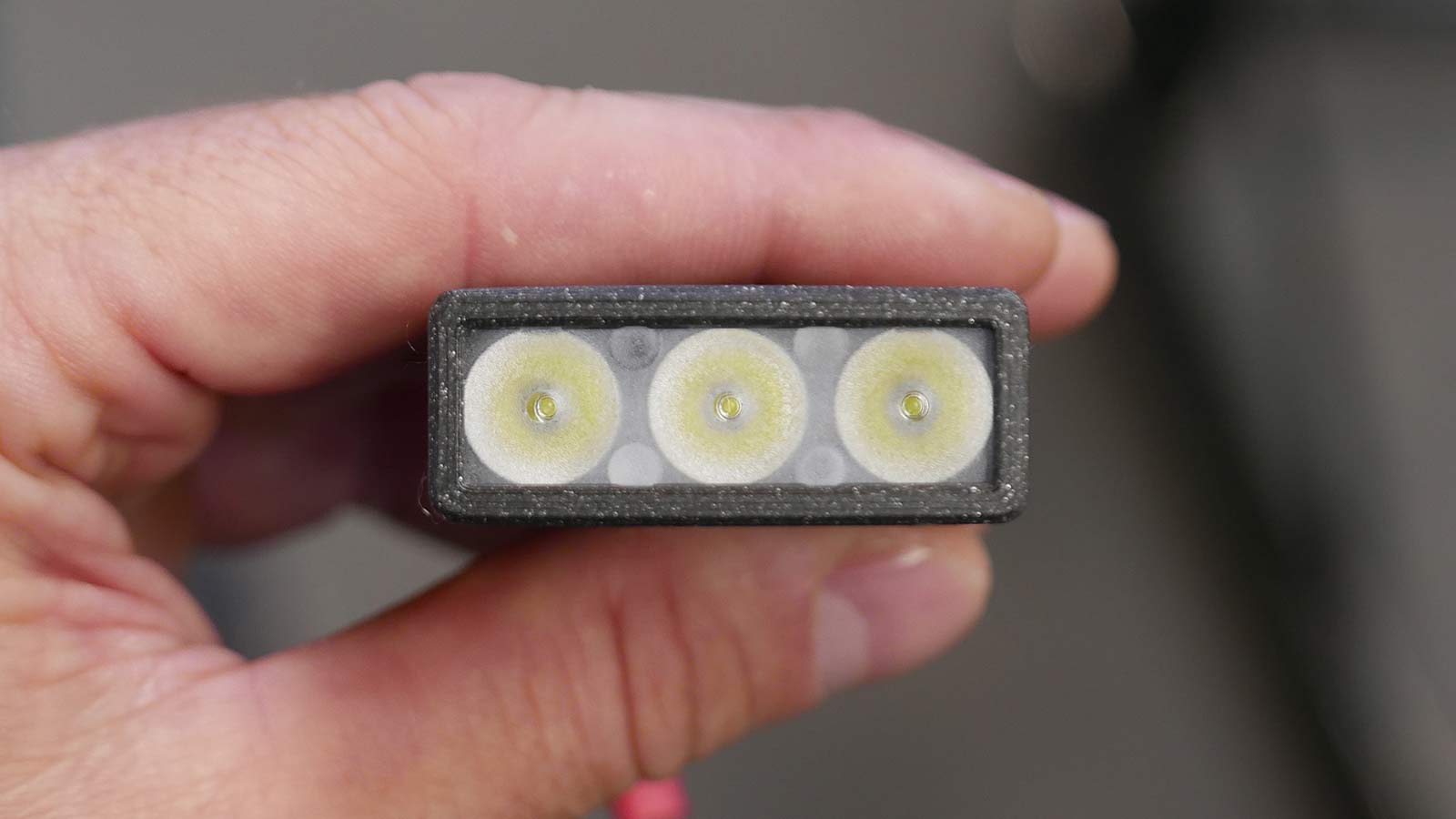 How does it work to make you safer? How long does it run? How does it not overheat? How much will it cost? Let’s take a closer look at the details…

The BYB Tech Focus high-beam bike headlight is a bit different than most cycling lights we usually see. Instead of focusing just on delivering a high output all the time, or even just a constant flashing output, the BYB Focus is meant to be an ultra-bright high-beam that you flash to get the attention of other road users. Use it essentially like you might flash the high-beams in a car at another vehicle that might be about to pull out in front of you.

Since it is so incredibly bright at a peak 5000-lumen output, it’ll be hard to not get noticed either night or day. Plus, as it isn’t running peak output for more than a couple of seconds, the Focus doesn’t have overheating issue even with its tiny form factor. 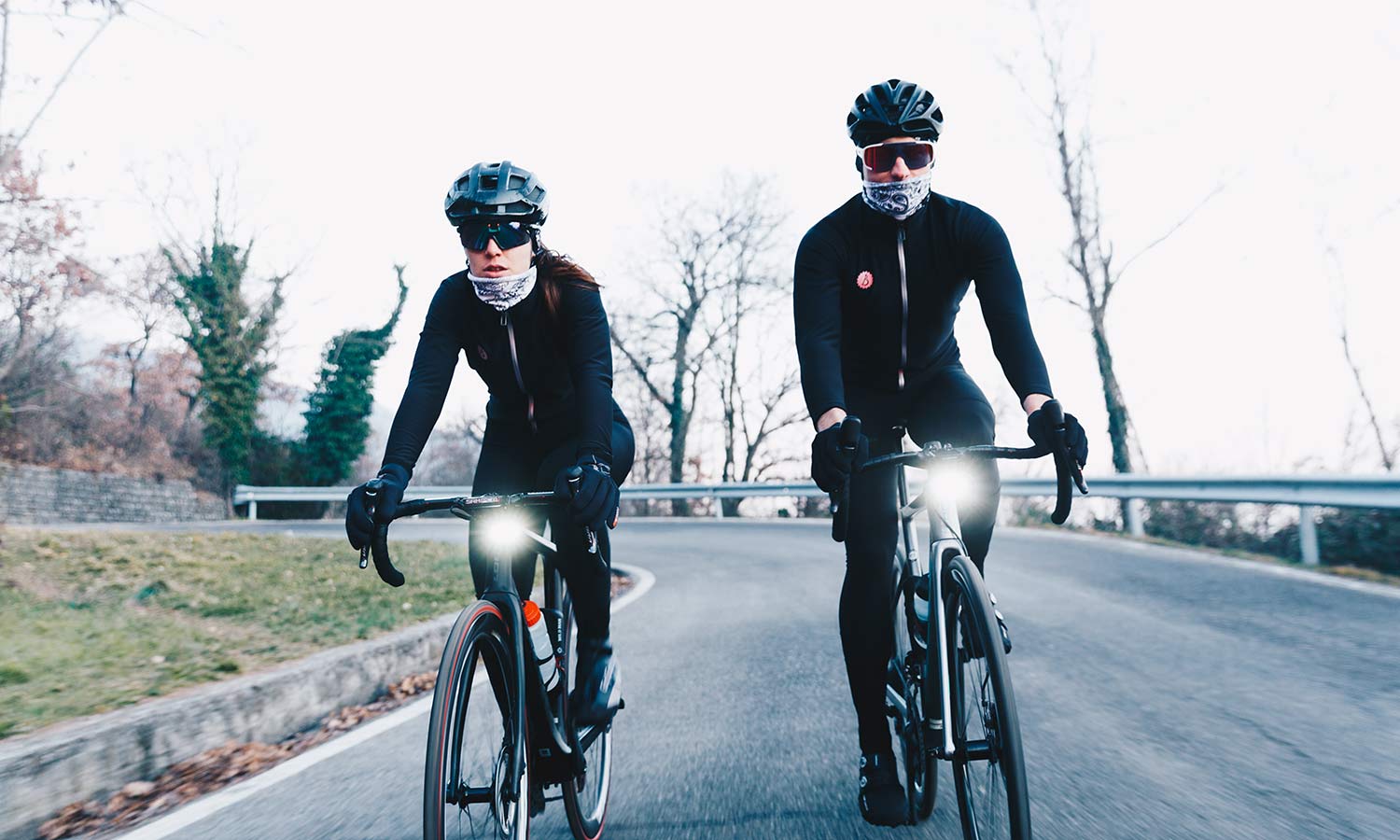 Essentially you can run BYB’s Focus in three regular modes. In the most basic High-Beam only day mode, the light is off until you need it, then you can flash the high beam to alert another road user with either the button on the device, a wired remote, or a wireless remote on your bars. BYB says you get more than 200 of the peak 5000lm flashes on one charge, visible 2km/1.25mi away day or night.

For constant daytime visibility, you can also run Front Beacon mode which regularly flashes that peak output on & off for 20 hours of continuous use in one of four blinking/strobe modes.

Lastly, there’s a Low Beam mode that puts out 200-1200lm of constant light output, which is enough to illuminate the road ahead for 1.5-6 hours of low-light or night riding (and will still let you flash the high-beams when needed!) There’s also a Rear Red light mode that converts the Focus to a blinkie taillight instead if you need it. 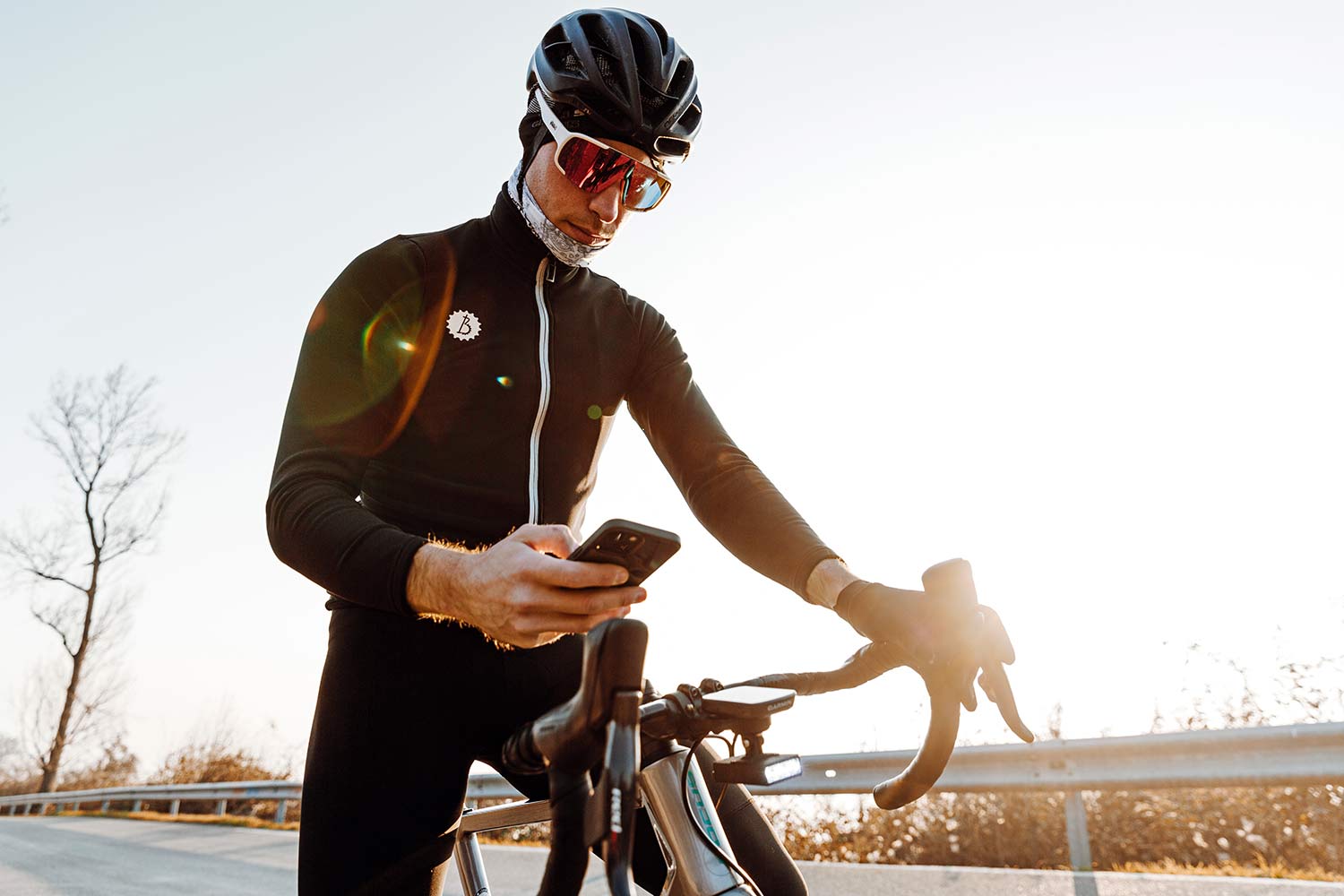 The trick to it all is BYB’s almost infinite customization in their paired app. 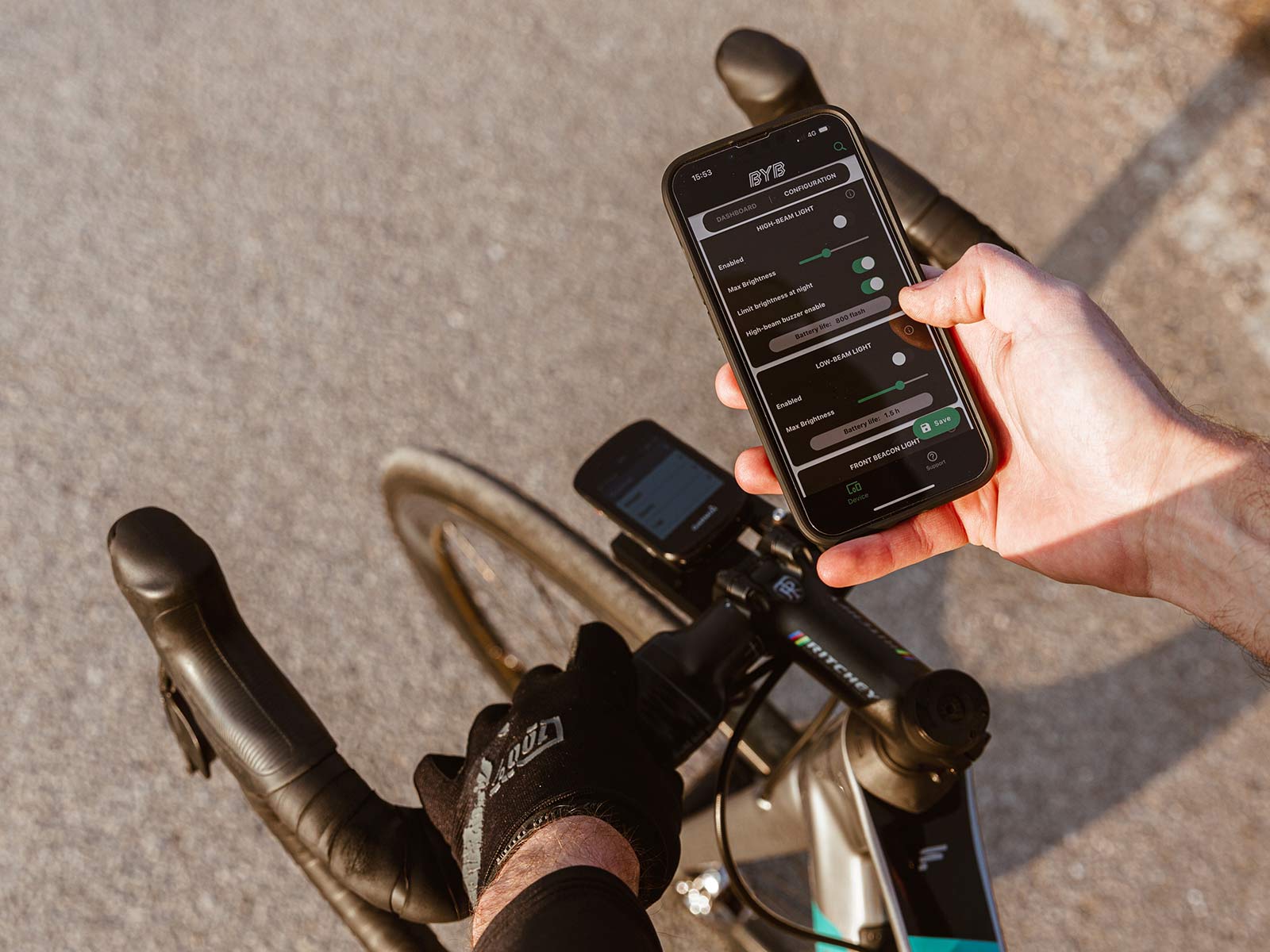 We already know BYB Tech from their data-heavy mountain bike telemetry systems that compile a wealth of suspension & performance data and analyze it, in order to better help users customize their bike setup to go faster. And there’s definitely a good bit of geeking out on the data and customization here as well. 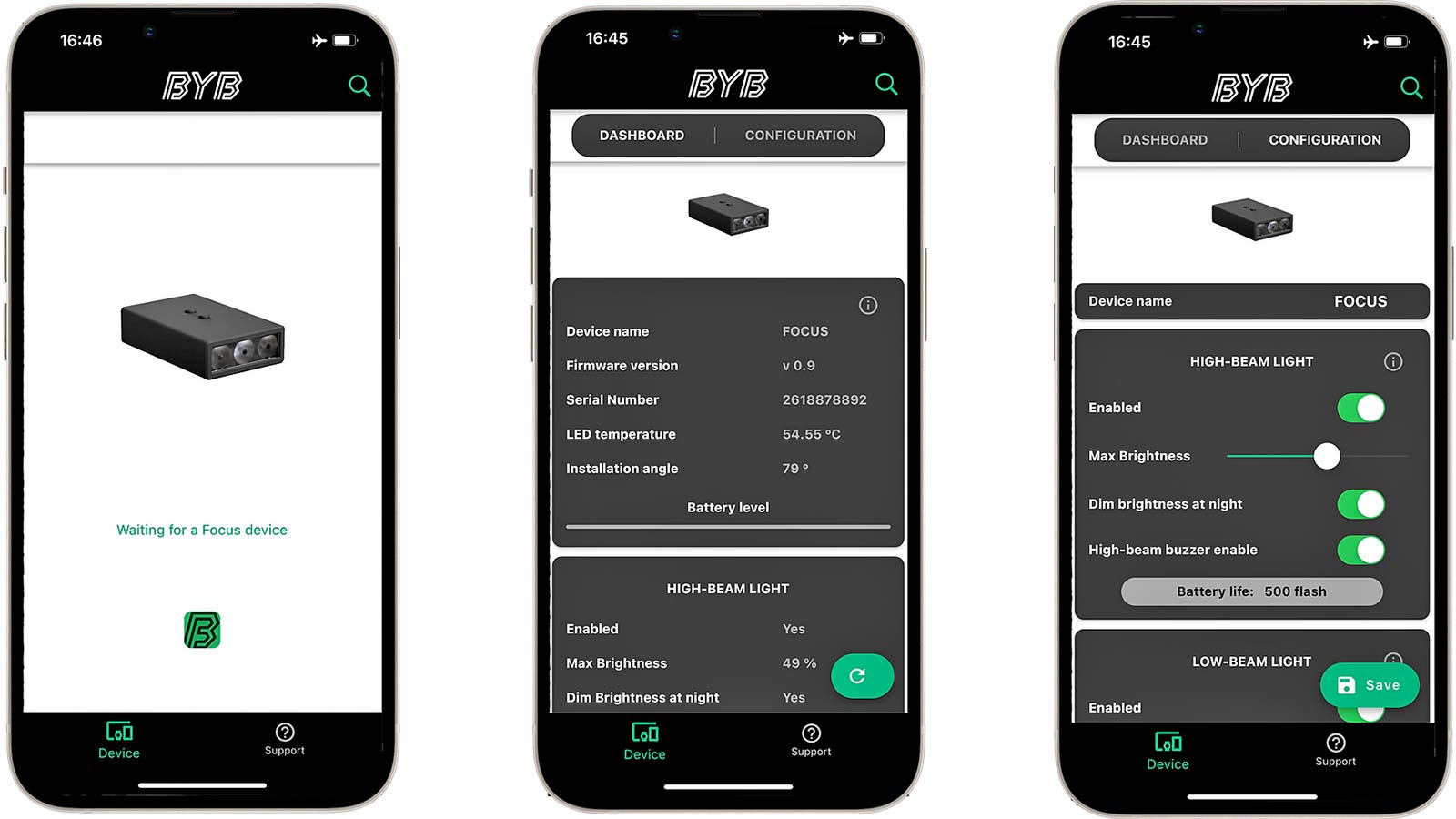 BYB teamed up with fellow Italian lighting engineering specialists Relio² to create the smart Focus bike light, and built a smartphone app that lets you easily configure your custom setup, and see how the changes impact your battery runtime.

The BYB Focus is meant to be pocket-sized at just 66 x 41 x 16mm, and just 49g with a high-performance 1000Ah Li-ion rechargeable battery developed for racing drones, and all the electronics built-in. It even can be fast-charged in just 15mins by USB-C (or wired into an e-bike power system). 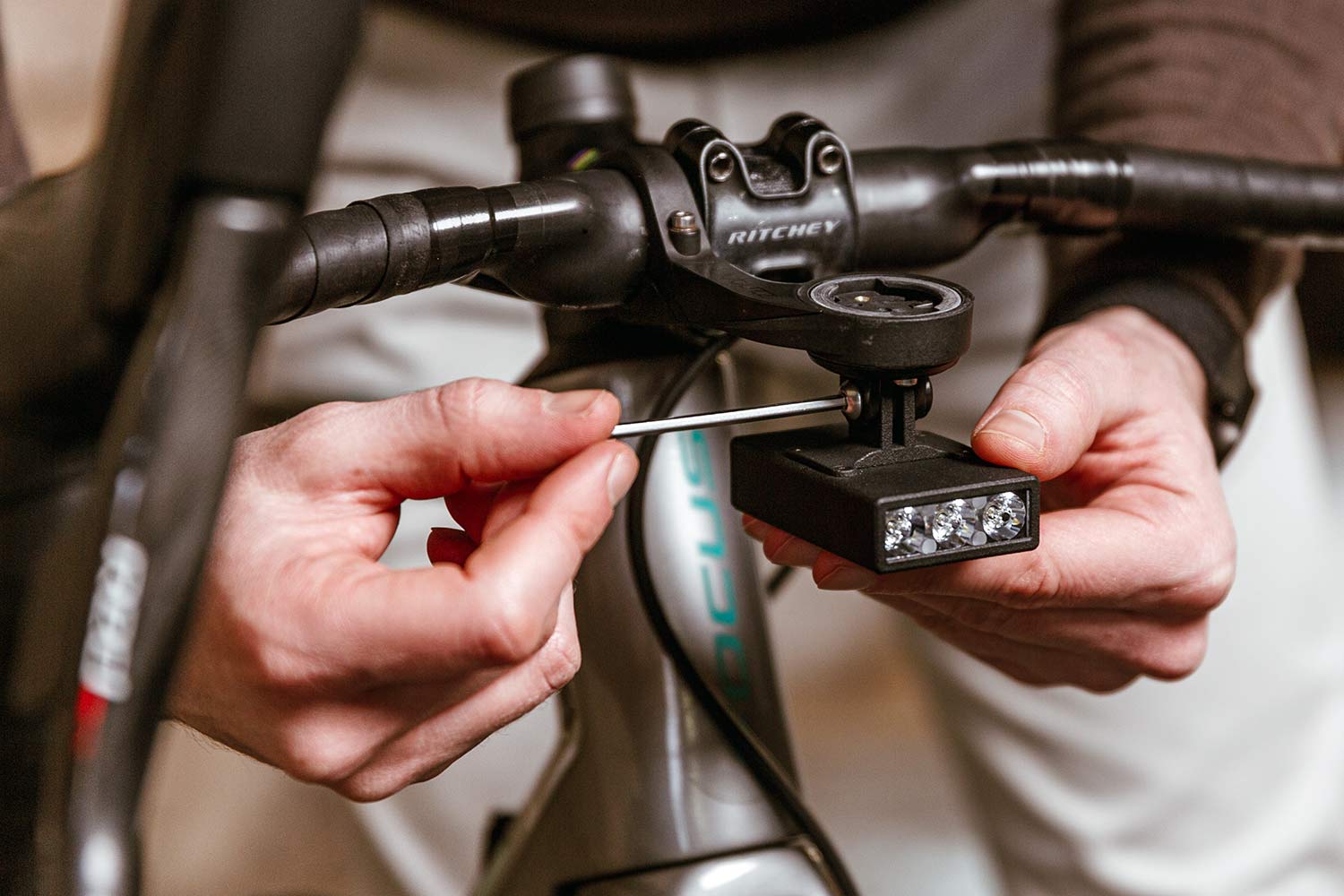 The Focus light comes standard with a GoPro style mount AND a Garmin-compatible quarter-turn mount for universal mounting. A wired remote to activate the high beam is included, said to be ultra-flat so it can be installed under your bar tape unnoticed. Or there’s an optional battery-powered wireless remote if you plan to move the Focus light from bike to bike. 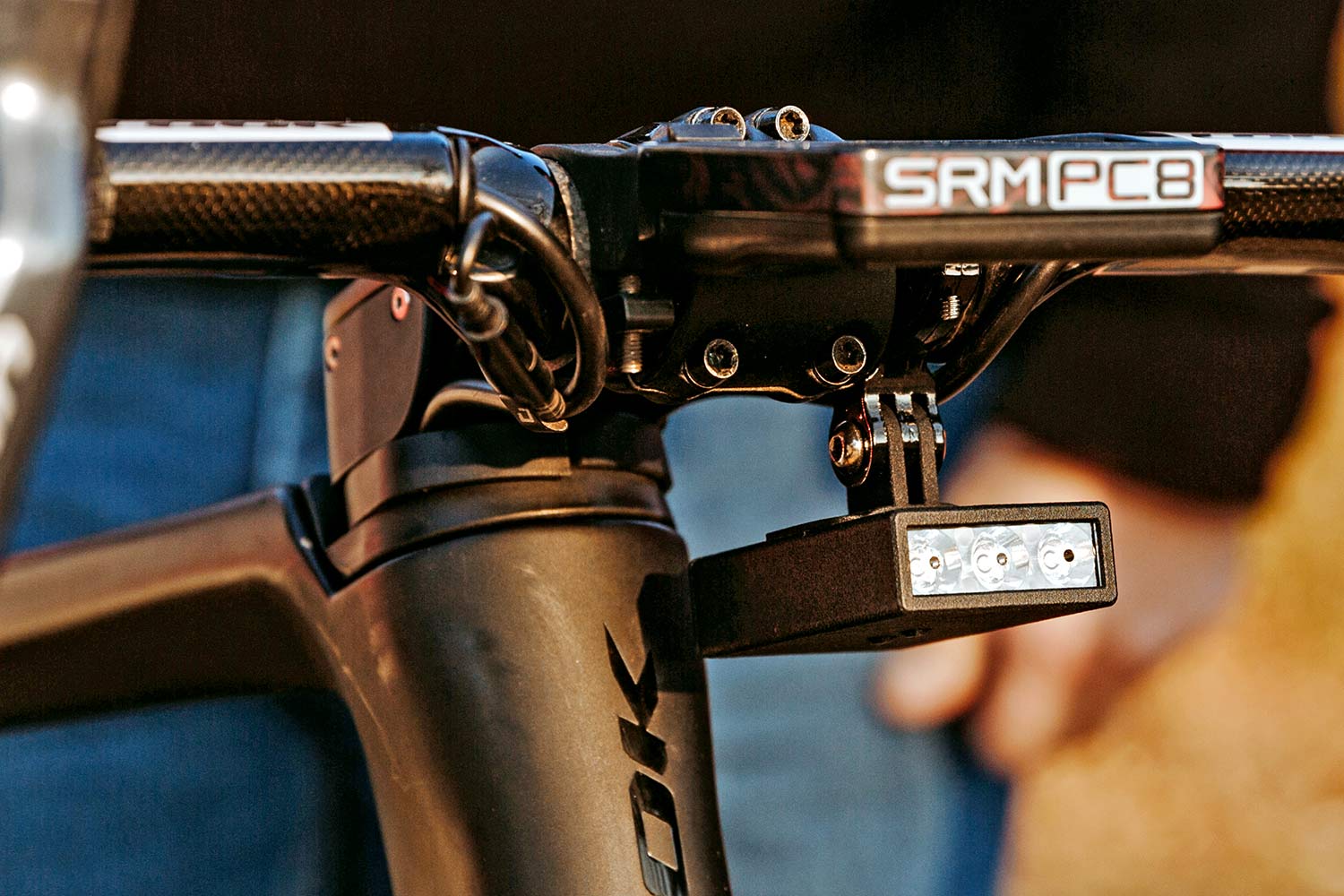 Much like they successfully did with their first MTB telemetry analysis kit, the new BYB Focus high-beam bike light is being crowdfunded now on Kickstarter, through April 25. Starting at 125€ there are a few Super Early Bird deals remaining, but it will soon go up to 149€ for the standard  Kickstarter deals (discounted from the anticipated 249€ retail price.) 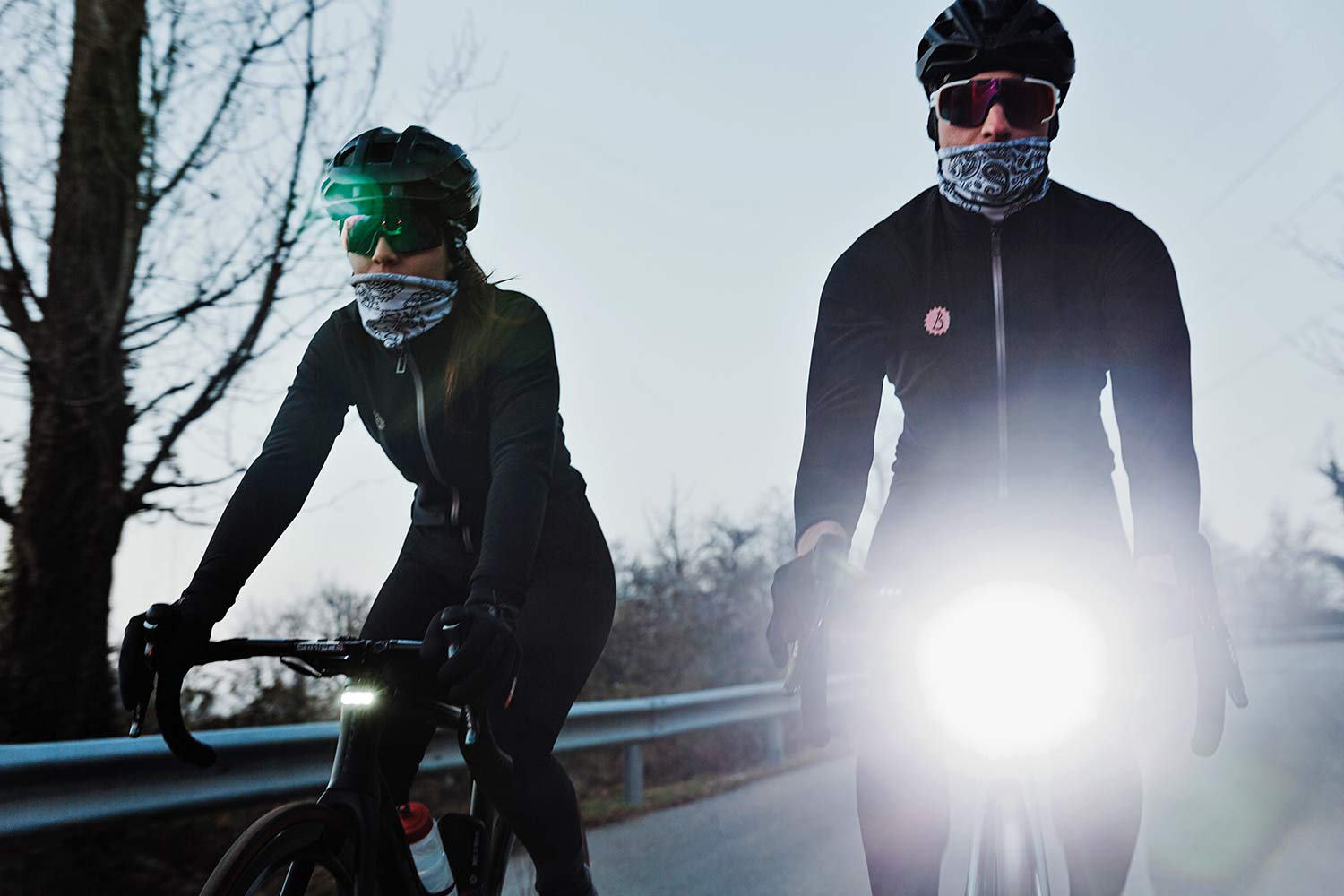 BYB has already passed their Kickstarter funding target, Serial manufacturing is set to start in May – all made in Italy where BYB Tech is based – with deliveries slated for October 2022.

If they’re claiming 1200 lumens for 1.5 hours of runtime they are going to need a battery at least twice the size of what they are currently offering.

The primary function is to mash the button for a momentary high beam. If it does that one function well, it’s a success, IMO. Instantaneous “see me” light. I wouldn’t expect this to be my primary multi hour runtime light.

nobody
Reply to  Jaap

Jaap
Reply to  nobody

Not according to their kickstarter:

Jaap
Reply to  nobody 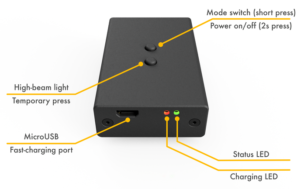 This is a pre-production image. The final light will be USB-C, due to customer demand/feedback.

But really, if you read the article, it’s only flashing at 5000 lumens, so you’ll have to rely on the retinal afterimage to steer your bike.

It is clearly stated in the article and kickstarter that the 5000 lumen mode is only used for flashes, giving it a batterylife of 1000 flashes. Normal mode is 800 lumen with a battery life of 6 hours.

@Mike & @Jaap, Steady output at 200lm is really expected to be 6h. The 800lmx6hr claim seems to be based on an assumption of ‘up to that light level’ with automatically adaptive output.
It is unique, and bright, but won’t replace every night riding light.
And it doesn’t appear to ignore the laws of physics.
In any case, we’ll be interested to test one and report back as soon as it is available.

Flashing mode still requires a decent battery to power it up for more than 30min, and judging by the lamp weight You won’t have it here.

And if we’re talking 800 lumens – no way it lasts 6 hours. Mactronic Noise XTR 04 has around 800 lumen output and it drains a 18650 cell in less than 3 hours (in ideal conditions). Just the battery weights almost 50g.

I had this idea quite a few years ago. I was gonna hook up an old school film camera rechargeable flash with a wired button and a battery. Mash that B when you get the green light (or whenever necessary) and stun drivers into seeing you. I knew it was a good idea, looks like someone has brought it to fruition.

what is the point of blinding people ?

It’s to make sure they see you and know you are on the road.

Meh. I’d like to see more on how the regular light works. I’ve gone through many lights and they all mostly suck. It is very easy to put out high lumens while blinding everyone on the road and not lighting up the road all that well. Besides lumens, how that light beam is controlled and put out on the road is just as important. The only light I have used that do that well are B&M Ixon lights. While I can see a momentary bright flash being a good thing, I want the light to work well the rest of the time. I currently run a B&M Ixon Space to light the road and a smaller output Knog blinder in flashing mode to grab other road users attention. The light that I really want is one that is as bright as car light’s low beams with the same beam pattern as a good car headlight. So far only the B&M comes close. The only thing lacking in the B&M is that I would like to have more lumens.

Blinding people does not make for a safer ride. It will not save you from being hit by a distracted driver that is the truth. My experience with riding at night with oncoming bikers that use super high lumen head lights is that they blind me for a period of time after they have passed by and my eyes have to readjust before I can see correctly/safely again which makes for a potentially dangerous situation. More lumens does not equal a safer riding outcome!

You meant to reply to my other reply to your post. Because this post agrees with you 100%. I hate people with stupid lights that blind me. It’s dangerous for other road users. That is why I am now using B&M lights, they don’t blind other road users unless you purposely mis-aim the. Which brings up a good point, none of the lights I have every used, including B&M, gives good instructions on how to aim your light for best results.

From my point of view this would be best used at the maximum during the day. Bright enough to get attention, but won’t blind someone who sees it. The brightness can be reduced for night driving to use in the same way but at lower lumens. And not as the main light since it isn’t friendly to on coming traffic.
I could see using it to let someone approaching an intersection or backing out of a parking space at night, so you aren’t flashing it directly in their eyes, but giving them a fair warning something is approaching the intersection ahead of them by lighting it up.
I don’t think the creators intend for riders to use it at oncoming traffic or when someone is already at the intersection and looking at you.