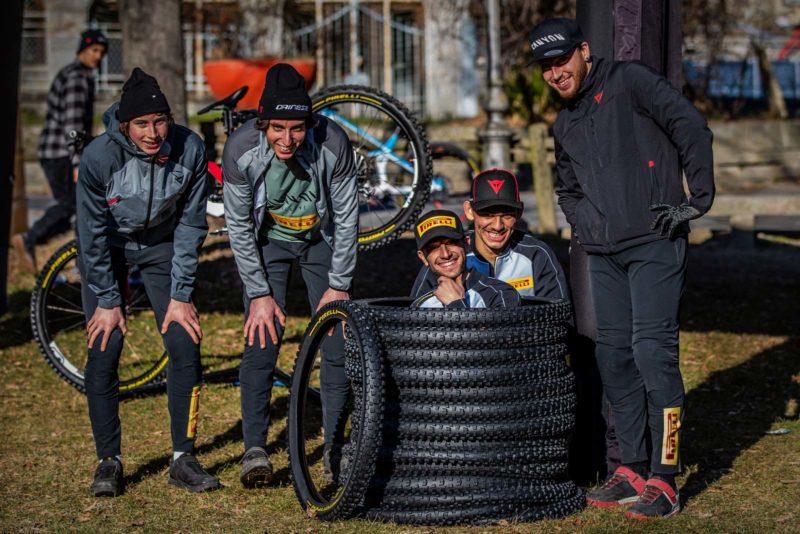 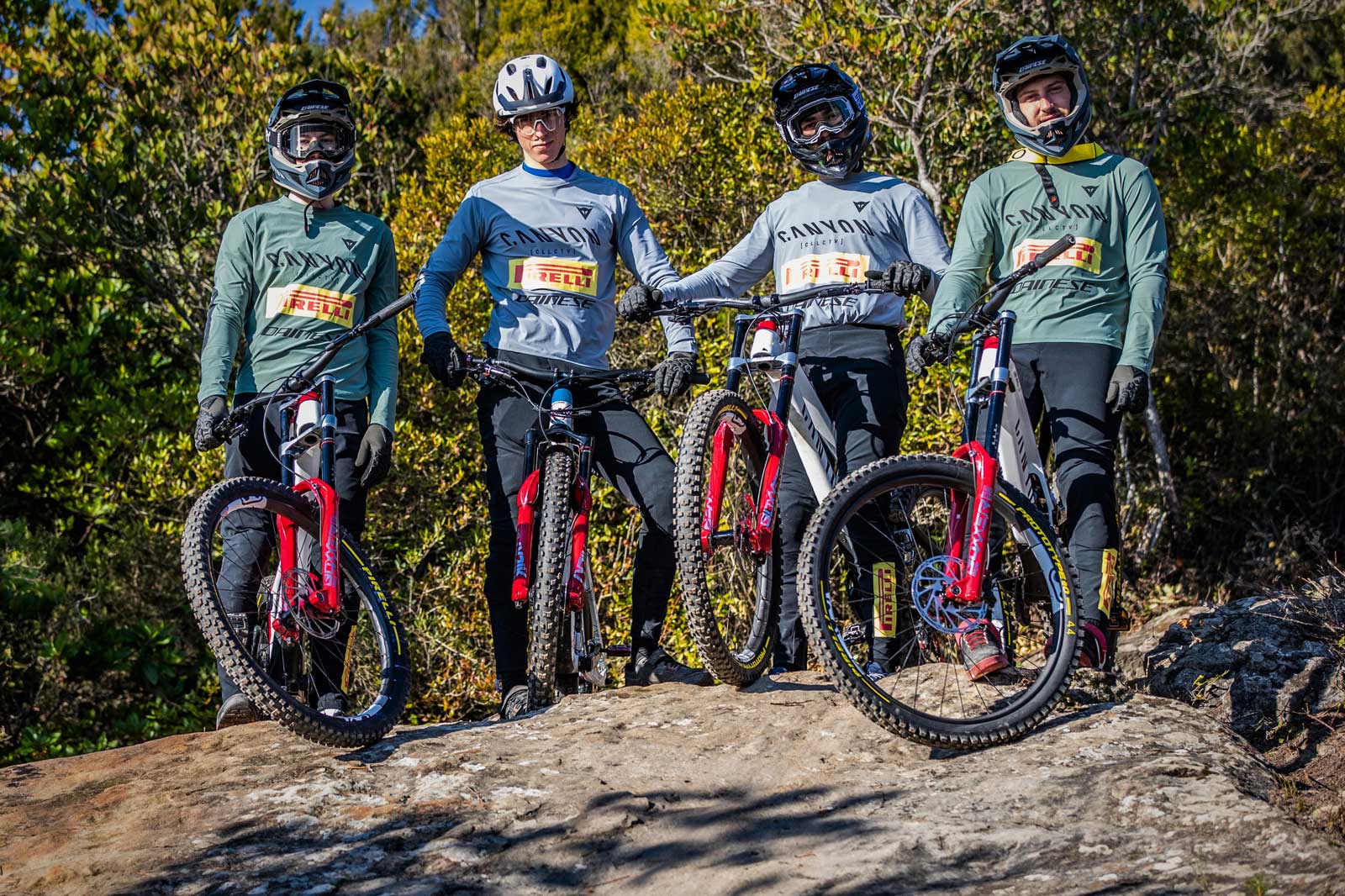 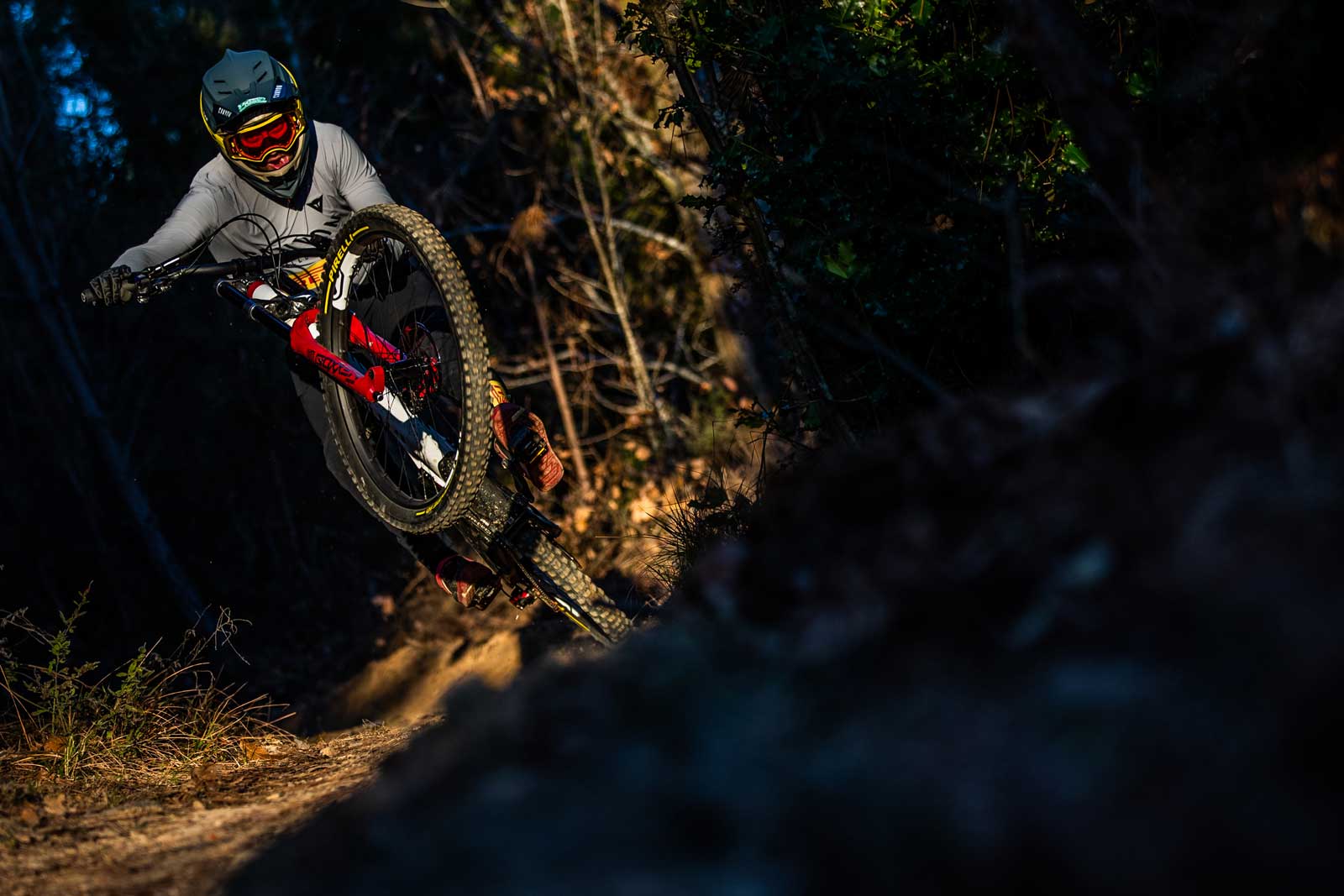 All will race Downhill events aboard the Canyon Sender CFR with rubber supplied by Pirelli. The team photos show a stack of the Pirelli Scorpion prototype gravity tires we spotted at the EWS in Scotland. With the rubber compounds and casings still under development, it’s likely this team of young riders will provide invaluable feedback toward the final production tires. 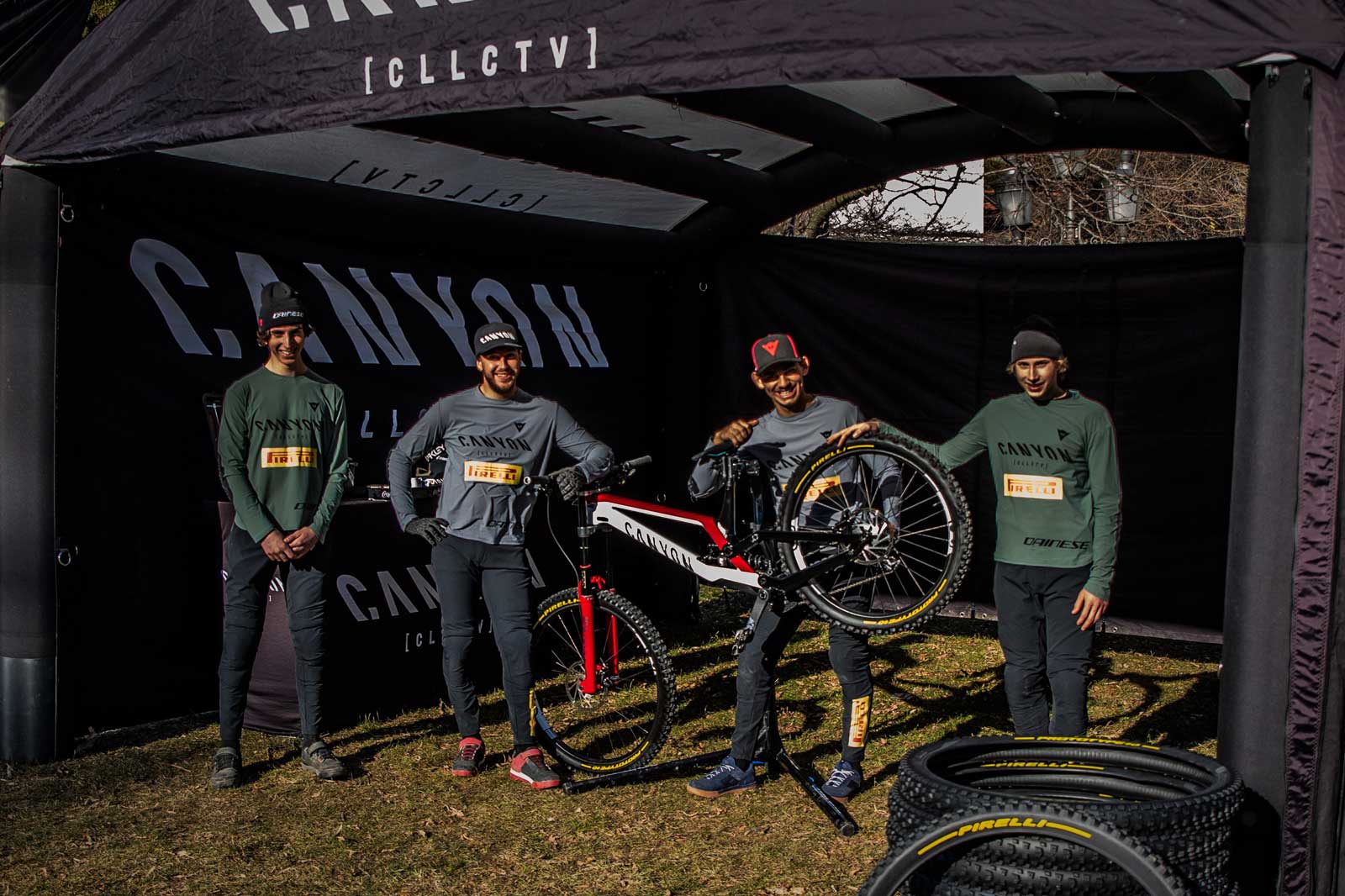 “The new team is the result of an ambitious project to find the next generation of top-level racers. I believe we have put together a team of athletes with great prospects and skills. It’s exciting to see these self- supported riders who, today, thanks to Pirelli, Canyon and Dainese, are making an important leap into professional racing. In my opinion, many of them will soon be climbing the top ranks” – Fabien Barel.