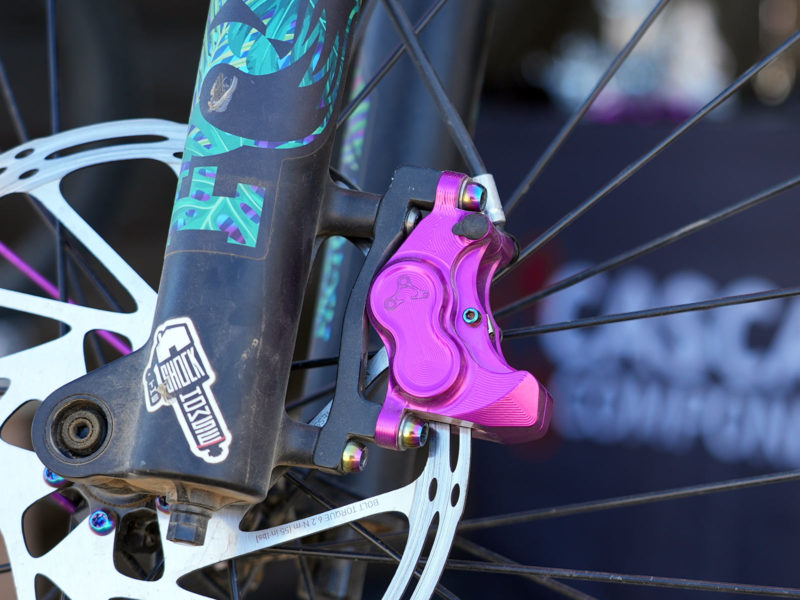 Cascade Component’s new North Fork brake caliper is machined in house in their Everett, Washington, factory to turn up the power coming from SRAM Code brake levers by 20%, while also reducing heat buildup.

Known more for their linkage and rocker arm upgrade kits for bikes like the Ripmo and Reign, the Santa Cruz 5010, and Stumpjumper, among others. Now, they’re moving into other parts of the bike… 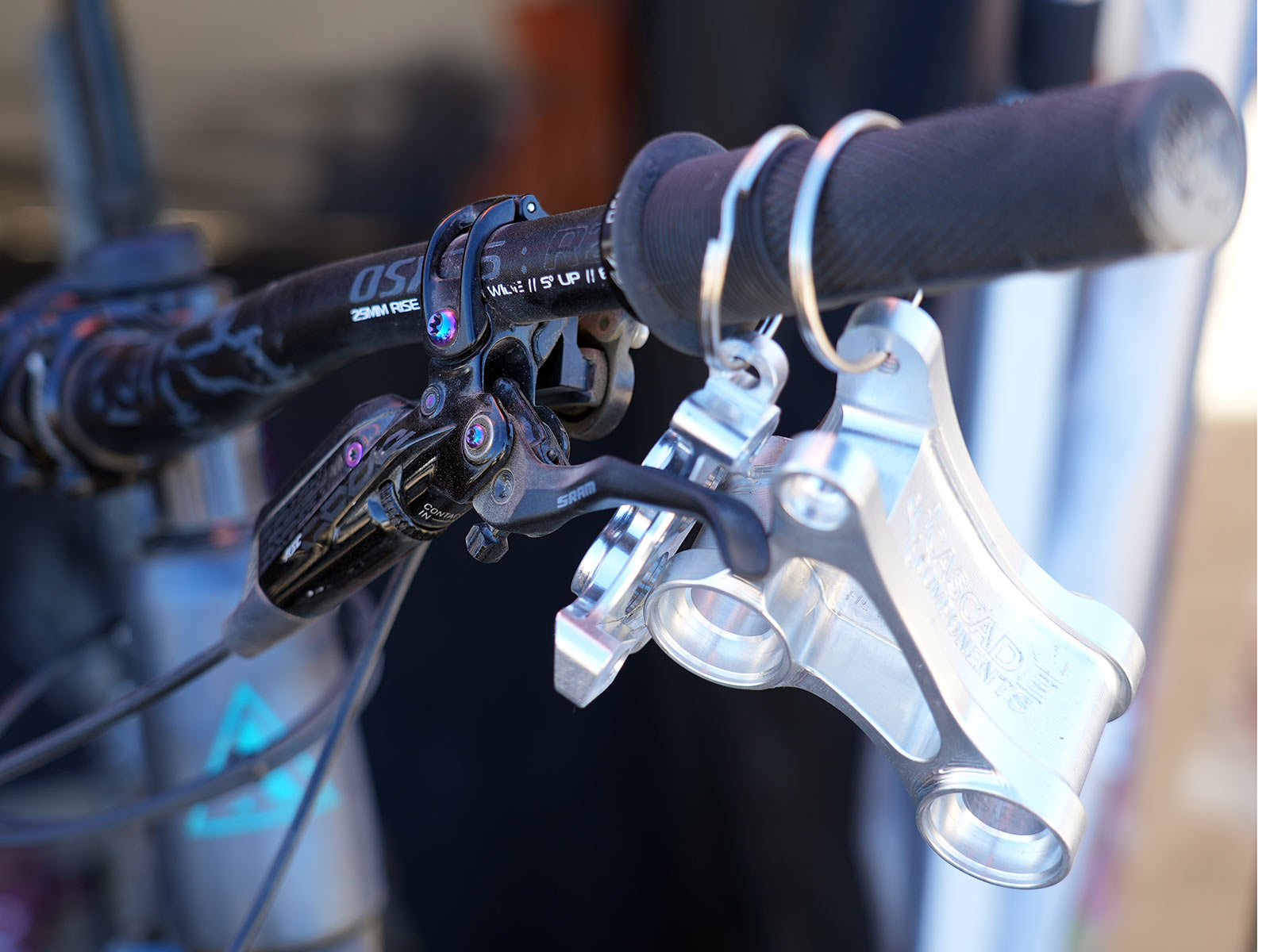 The 6061 CNC’d calipers are designed to pair with SRAM Code levers, from R to RSC, but add a claimed 20% more power thanks to larger 18mm/16mm pistons (versus 16mm/15mm on the stock Code calipers).

Why? They say that bikes are getting more aggressive (as are the riders), with many spec’ing larger rotors. And eMTB is growing in popularity, but the bikes are heavier and require more powerful brakes. So, as rotor size is increasing, they think the brake calipers need to keep up. 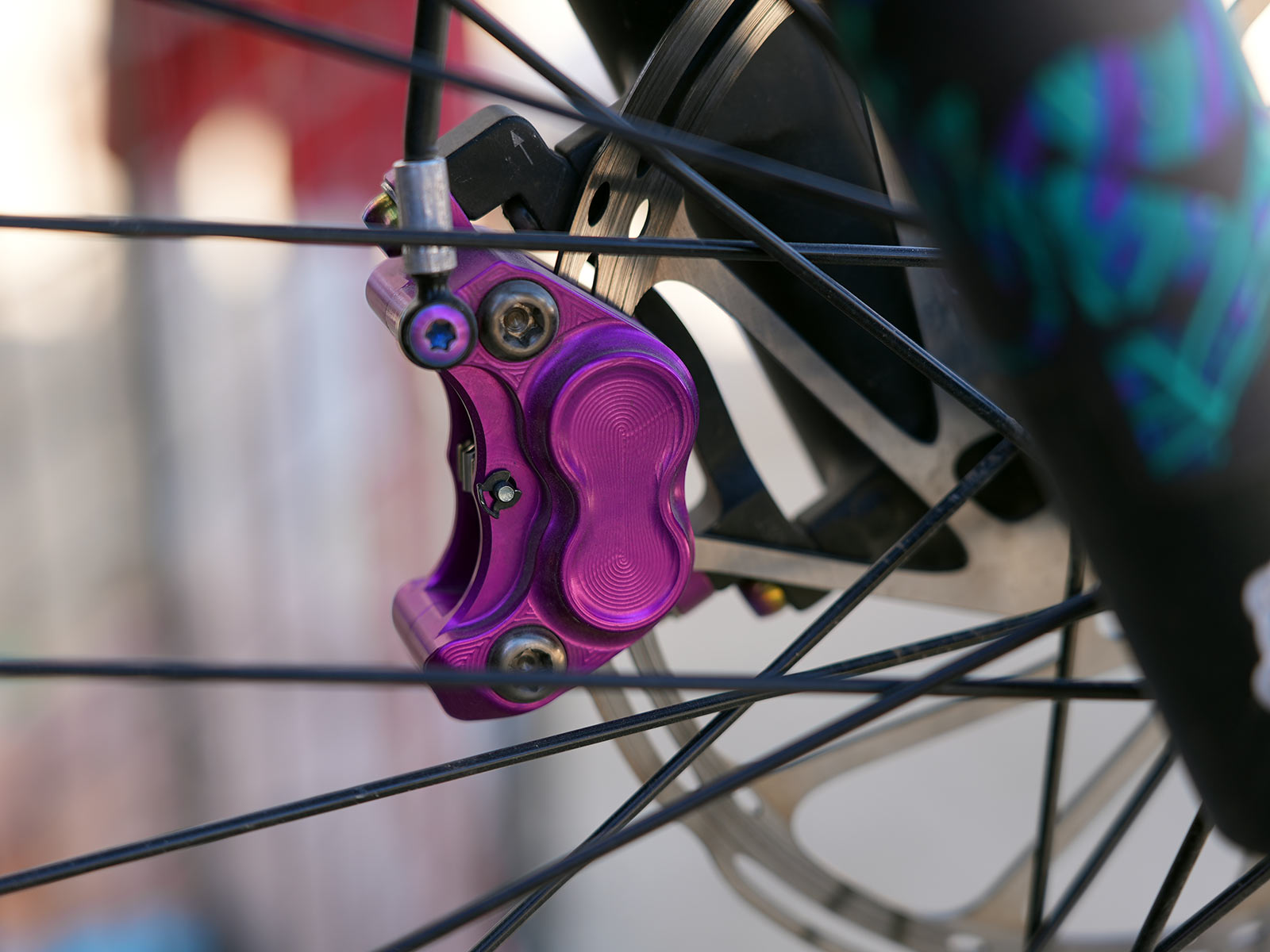 They say the larger caliper body also helps dissipate heat, and there’s more fluid volume, so it has a much larger thermal capacity. 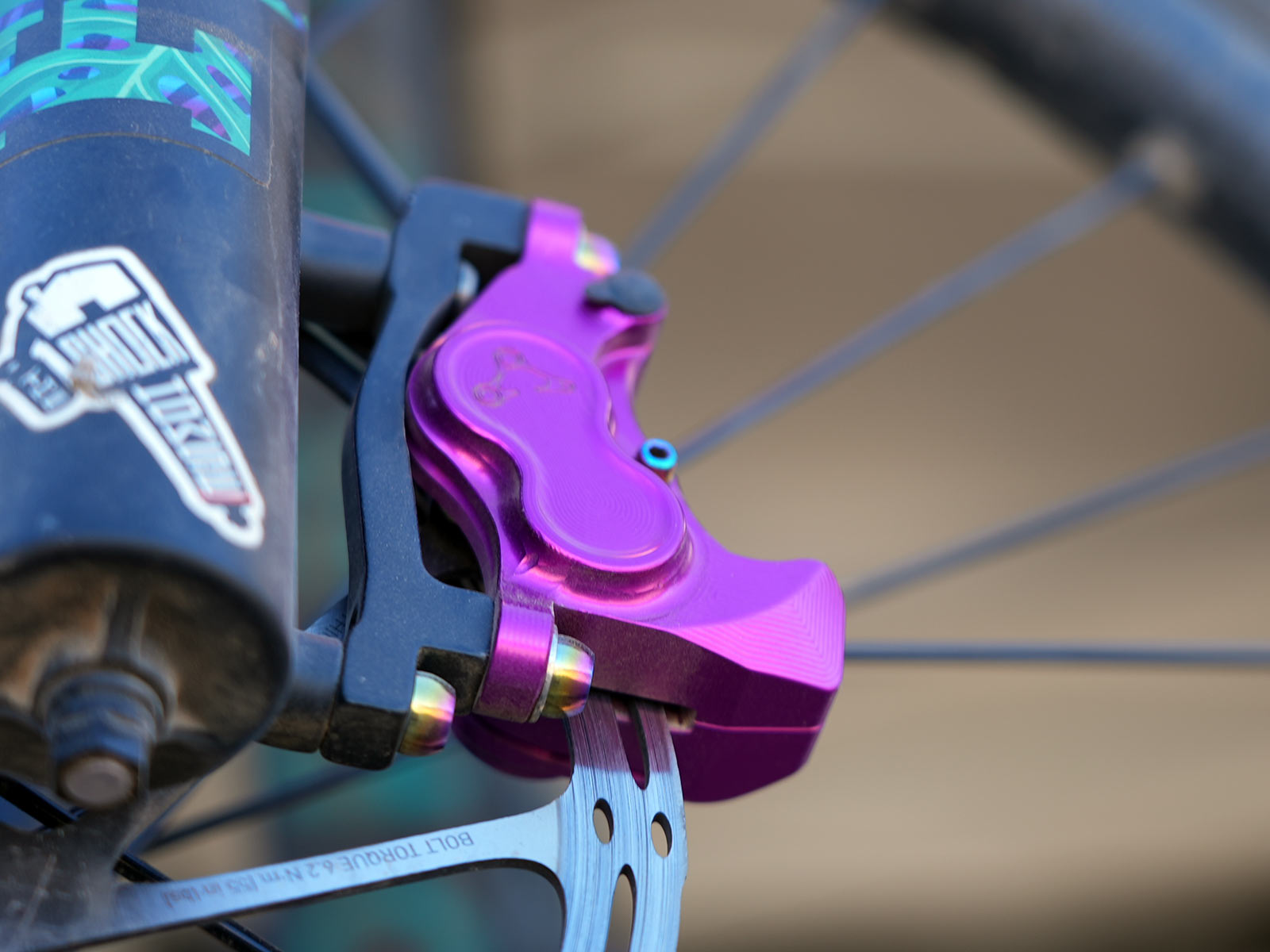 Inside are phenolic pistons, which transmit less heat from the pad into the brake fluid. They wanted to manufacture the pistons themselves, too, and said it would be easier for them to make stainless steel pistons in house, but their heat level was about 10% higher. So they partnered with a brake piston manufacturer to get them custom made for their brakes. 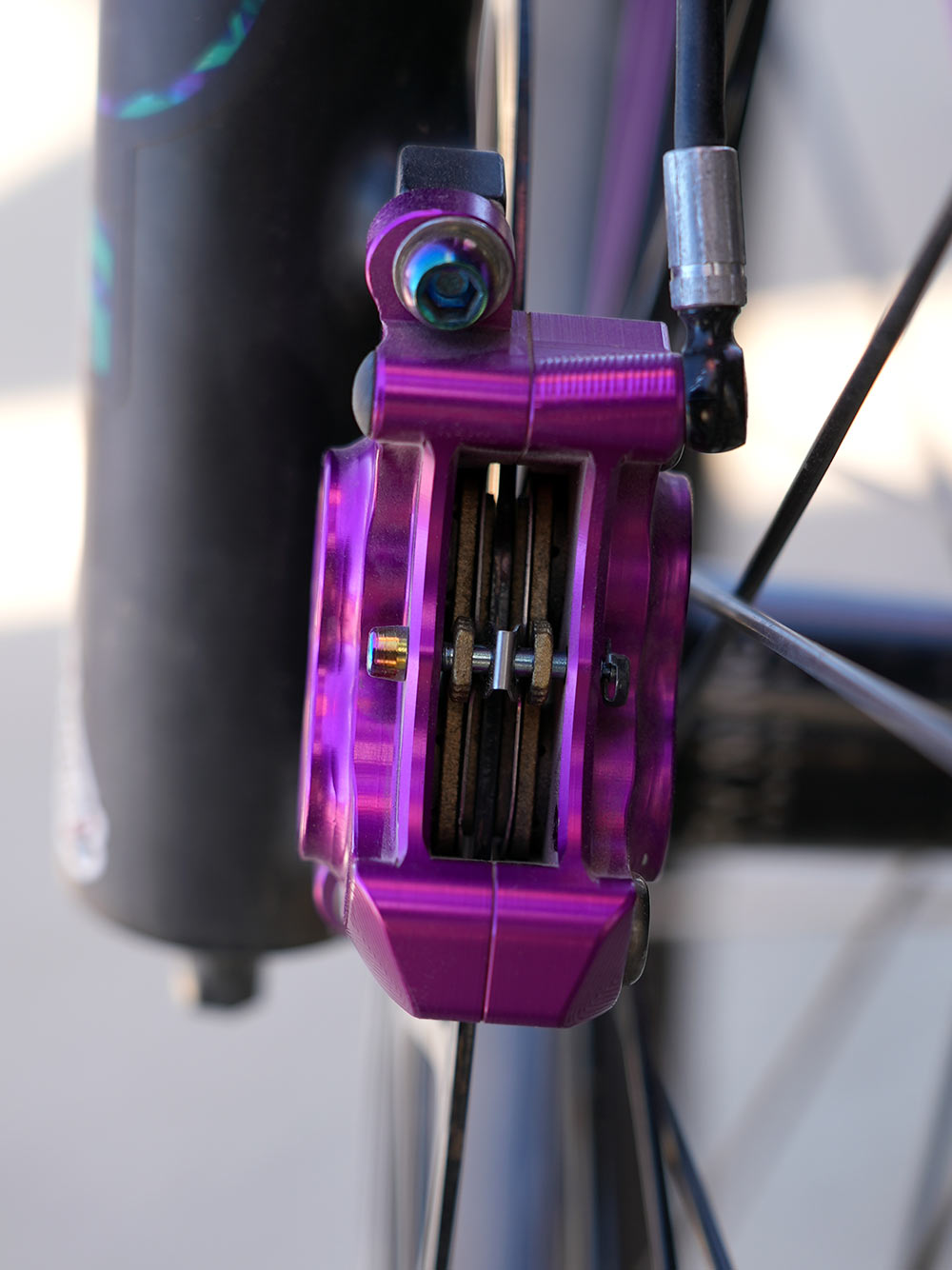 That said, the 18mm piston diameter is the same as some SRAM road brakes, so in a pinch you could use one of those to service it. And, they use Code brake pads, too. 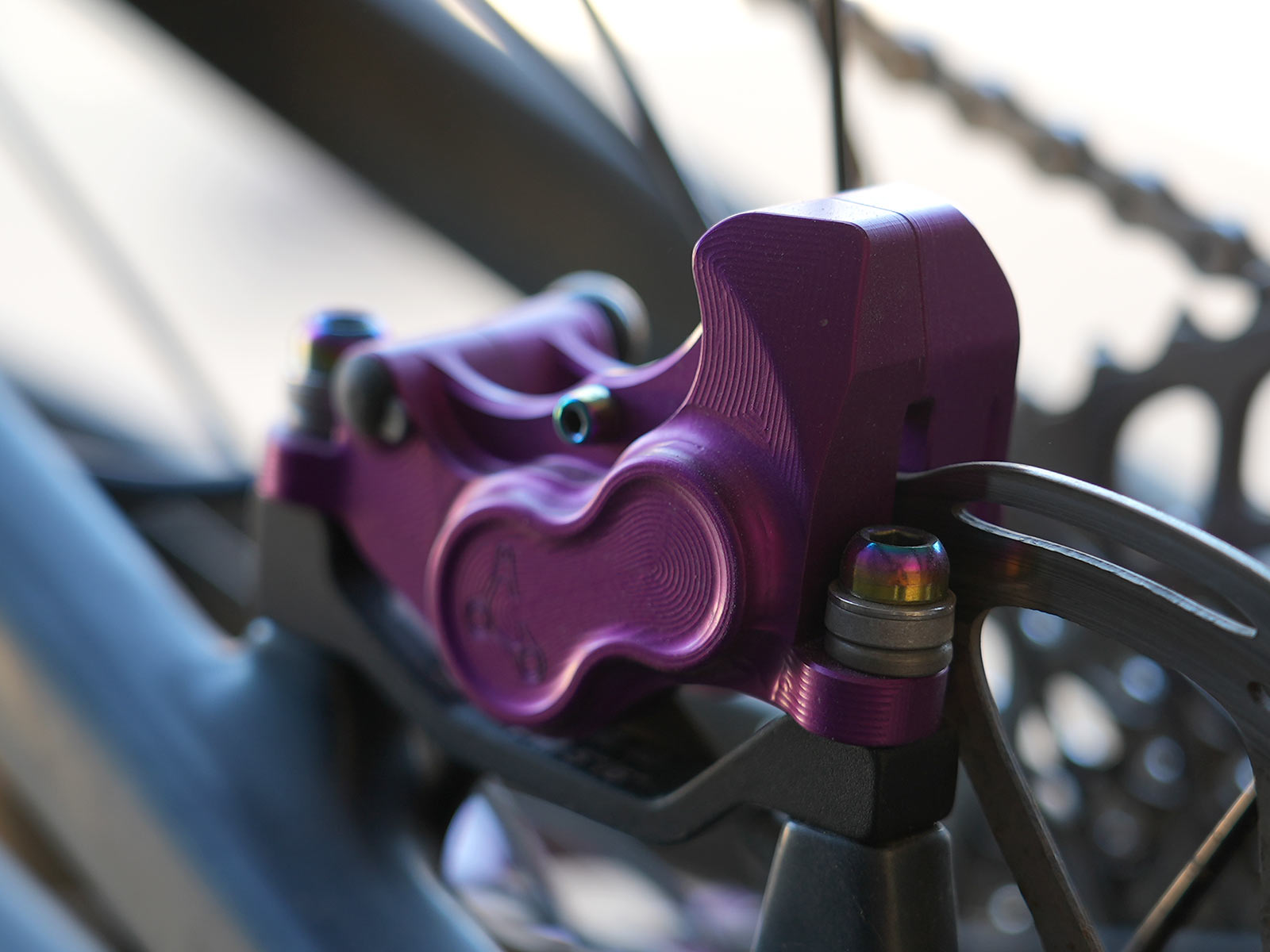 Cascade’s brake calipers use the SRAM Bleeding Edge fitting, located on the outside edge, opposite the hose entry, so they’re easy to bleed using a standard bleed kit. 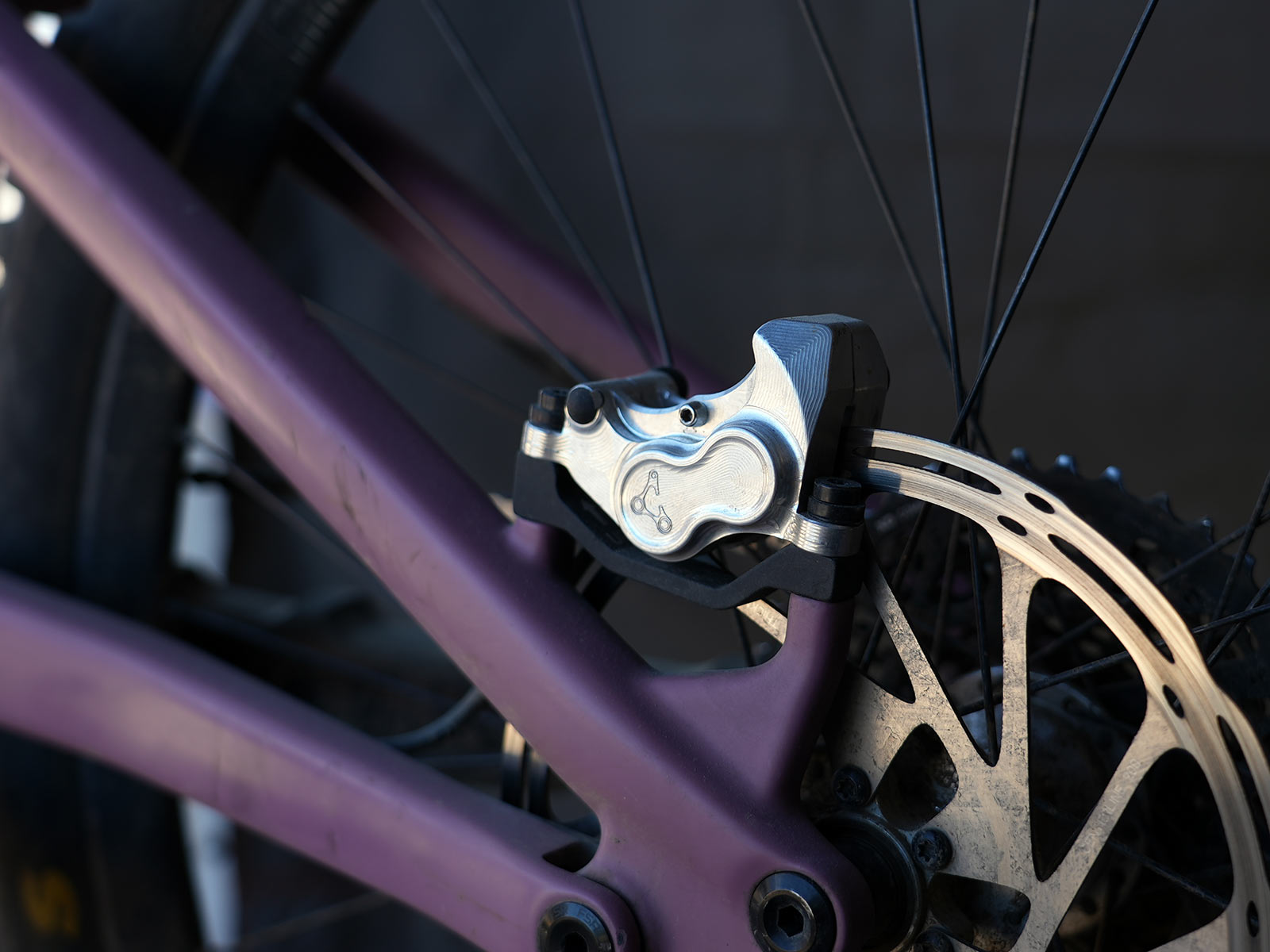 Retail price is $530 per pair, or $283 for a single caliper. They’ll come in black, purple and nickel plated. The silver ones shown above are an unanodized prototype version, the nickel plating will look darker and slightly more bronze. Pre-order now, shipping around the end of November 2021.

Still no room for the rotor in one of those pictures. #brakesalwaysrub. Can’t wait for 2.0mm scrotors to not even spin

Perhaps this will allow SRAM brakes to at last “work.” I can fix this problem for a third the price with a set of XTs.

Shimano brakes have a problem with wandering bite point, though. I’m not partial to either company’s brakes, just saying that neither is perfect. As for me, I’m still on mechanical brakes- they’re the cheapest for me because I already own them)

Love seeing these guys and other independents improve the industry, but damn does Hayes need to step up Dominion production numbers and advertising…