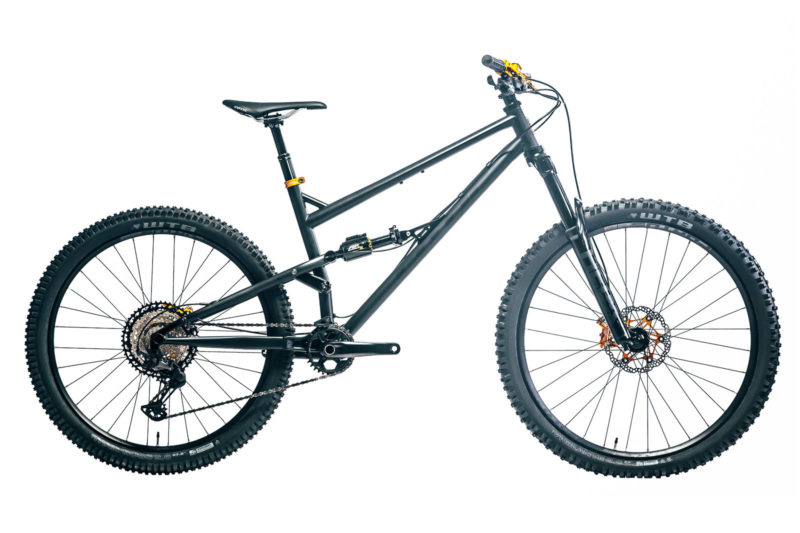 British steel mountain bike manufacturer, Cotic, is now offering the 140mm travel Jeht, 125mm travel FlareMAX and 160mm travel RocketMAX 29ers in the mullet configuration. The frames remain identical; the only change is the replacement of the 29″ rear wheel with a 27.5″, and the addition of a 1° head angle set from Works Components that offsets the slackening effect of the now lower rear end. Here’s how it affects geometry… 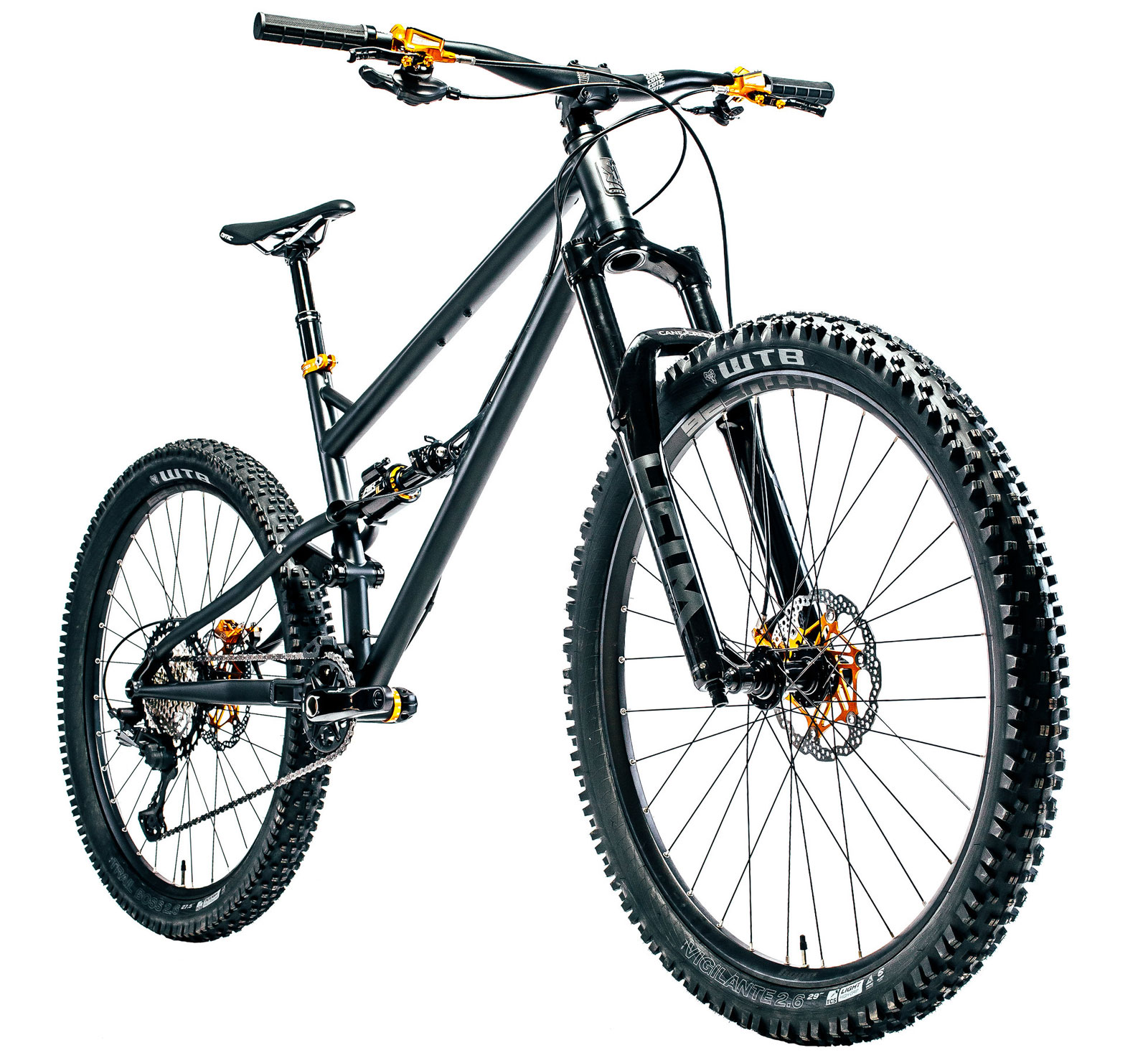 With mullet bikes becoming an increasingly popular trend, many manufacturers have put ground-up designed mullets into their lineups, while others, like Nukeproof, are offering conversion kits in the form of 27.5″ swingarms. Cotic is doing things differently. Their mullet configurations are a little less complicated than that, requiring only a 27.5″ rear wheel and a head angle set.

Swapping out a 29″ rear wheel for a 27.5″ wheel has the effect of lowering the bottom bracket by 10mm (ish), with the concomitant effect of slackening the head angle by around 1° and shortening reach. Cotic is offsetting those changes by installing a 1° Works Components angle set to steepen the head tube back to its original angle.

Of course, the change still has an effect on the seat tube angle, slackening it by around 0.5°. It also shortens reach by a not-insignificant amount (7mm on the XL Jeht). Here’s a quick geometry comparison for the Cotic Jeht in size large.

“We’ve done a lot of testing to make sure we’re happy with the setup and what it offers. We’ve had riders from 5′ 4″ to 6′ 3” try the option out on various Cotics, and also Brand Ambassadors and bike riding wizards Chay Granby (ex-team racer) and Wayne Coates (owner of Chamonix MTB mountain bike holidays – try not to hate him too much) both did extensive testing on the RocketMAX enduro bike in mullet form” – Cy Turner, founder of Cotic. 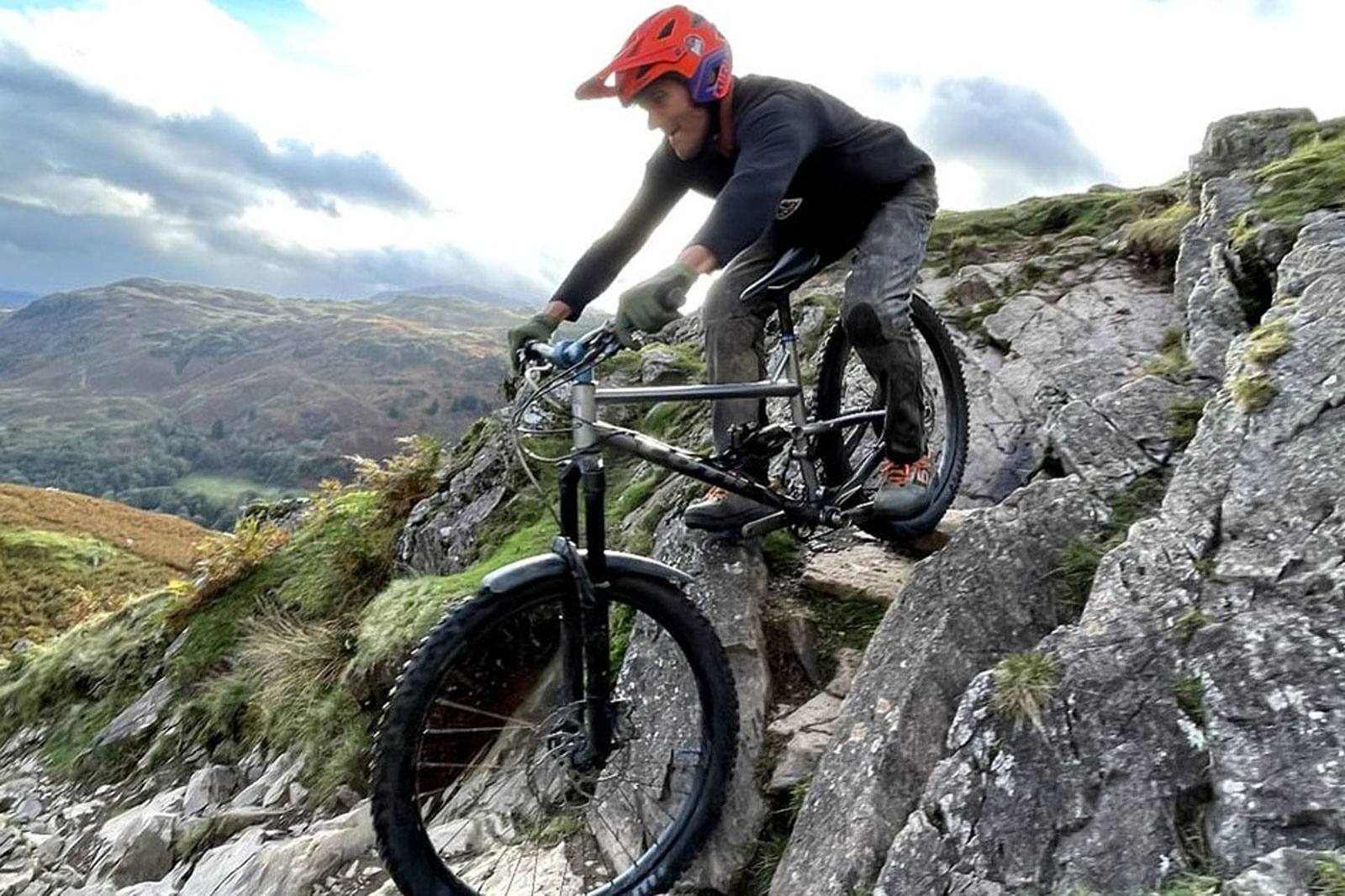 “I feel I can move the bike around a lot easier, muscle it and drift into corners with more ease and predictability. I couldn’t tell you if it’s a faster set up but I’m puzzling less and that means I’m having more fun” – Wayne Coates, Chamonix MTB.

The Mullet option is offered with Hope wheels in your choice of hub color and rim spec, WTB or Wolfpack tires, and of course the Works Components angleset appropriate to the frame size. Complete bikes start from £3559 for the FlareMAX Taiwan Series due in January. Bikes with UK-made frames start at £3859 for FlareMAX and £4309 for the Jeht. Cotic say that’s due to them only having higher-spec suspension in stock for the Jeht at the moment.

Cotic is also able to supply a frame only with the Works Components angleset preinstalled for those looking to build up their own Cotic mullet.