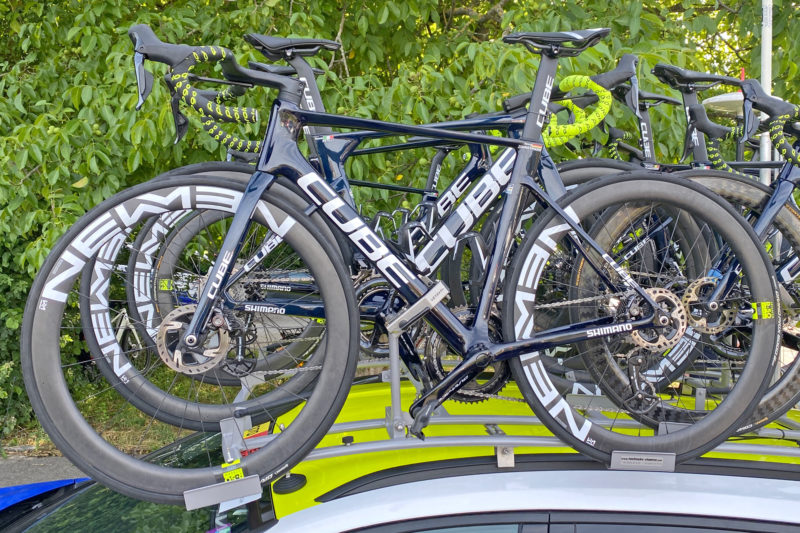 Cube has an all-new lightweight prototype Litening TE aero road bike in works, being race-tested now by the Intermarché-Wanty-Gobert pro team. Mixing aerodynamic influences from their current aero road Litening, this new prototype bike gets much thinner from front to back in a lighter shift we expect to completely reshape Cube’s signature road race bike later this summer… 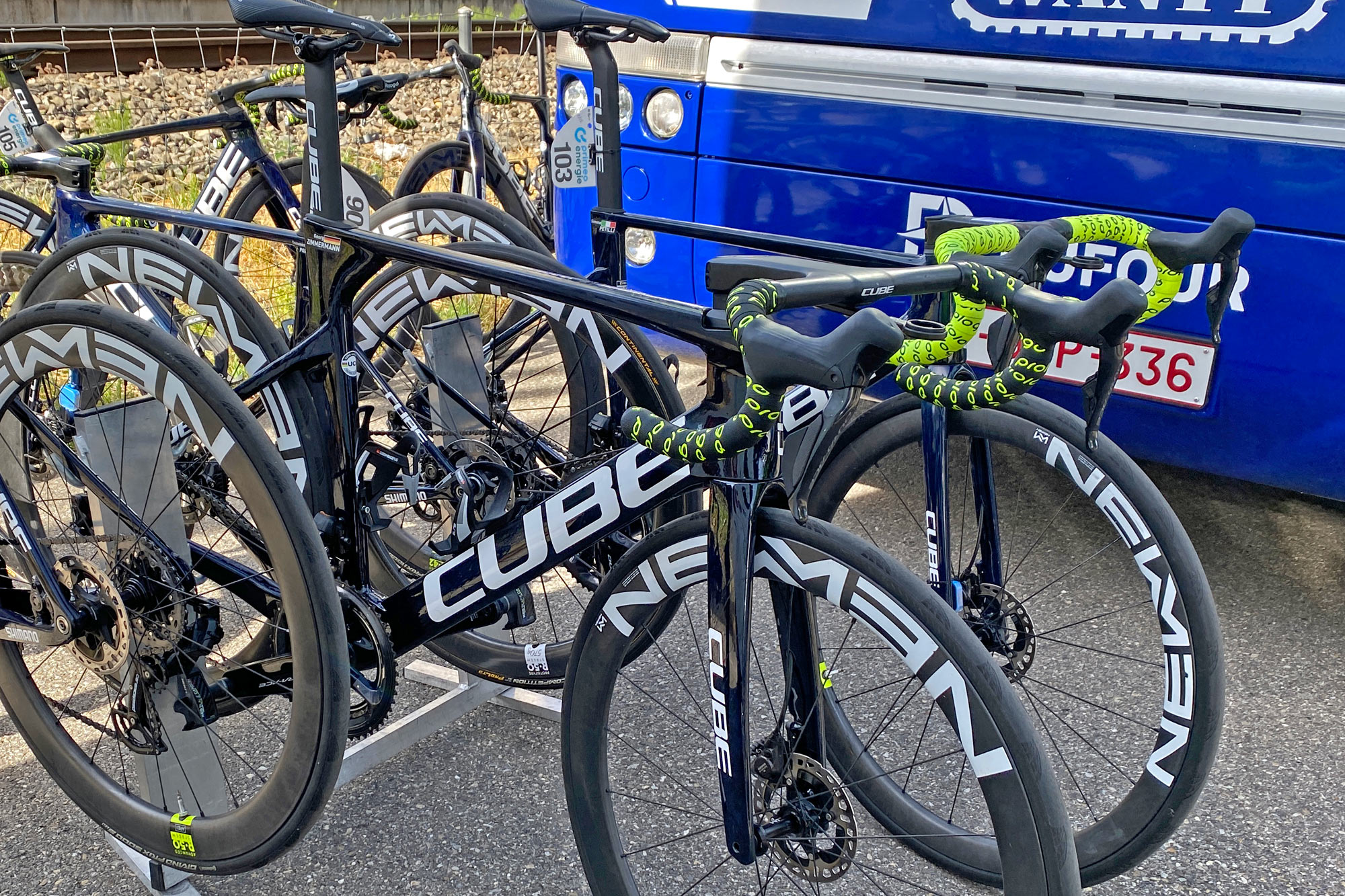 Already raced through the steeper stages of the Giro d’Italia last month, I caught another glimpse of the prototype bike this week at the Tour de Suisse. So I got a bit of a closer look at the new bike… tucked in hidden behind the current Litening, which I rode when it debuted back in 2019…

The first thing we would possibly surmise is that Cube is keeping the Litening name for this dramatically redesigned road race bike, thanks to the Litening TE labels painted on the prototypes’ toptubes. But beyond the name, quite a lot of this prototype has been reshaped.

The bike still looks clearly optimized for aerodynamics, but its overall profile is much thinner and lighter than the current Litening.

While it retains aero integration, it does however shift back to a more conventional, wider-looking headtube with only subtle hourglass shaping through its mid-section. 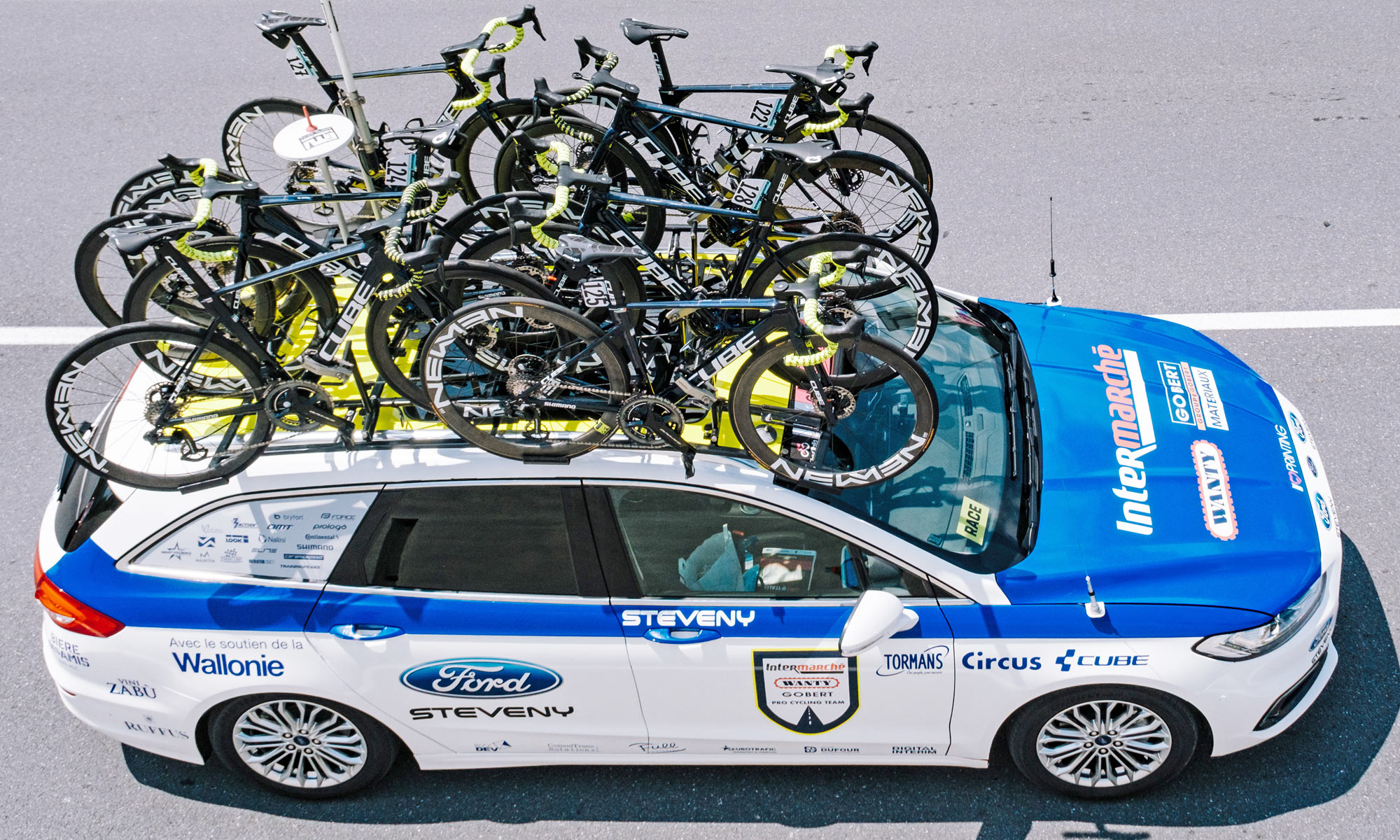 The Intermarché-Wanty-Gobert Team seems to have had at least some of these prototypes even since late last season, and since the start of 2022 has started racing them regularly. At the sprint-heavy start of this year’s Giro d’Italia almost all of the team was still on the deep aero-shaped current Litening, suggesting the older bike may still be stiffer or more aerodynamic.

But by the Giro’s second week when racing got into the big mountains, almost every bike on the team car was the likely lighter Litening TE prototype. 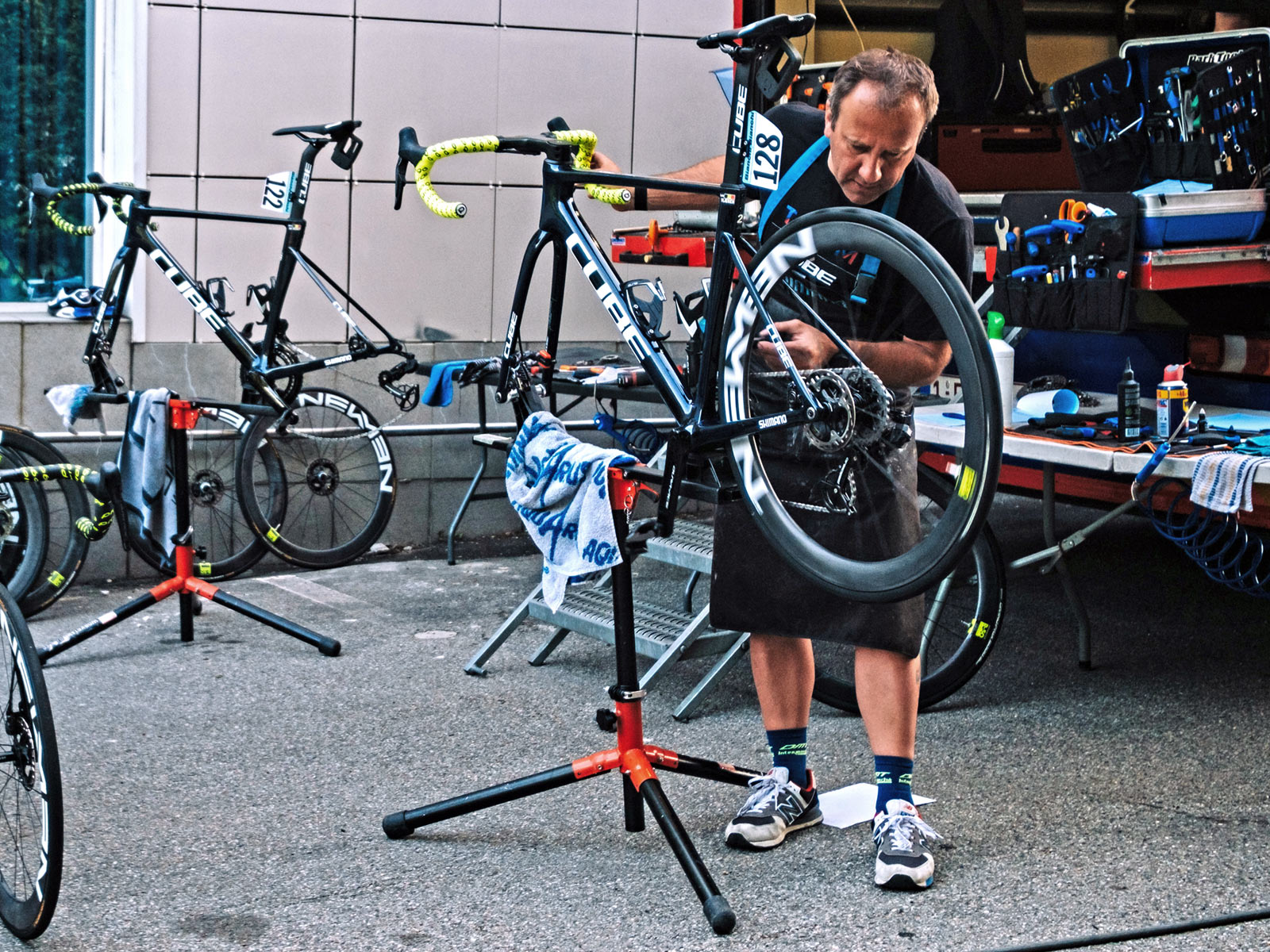 First, the elimination of the small webbed transition at the seat cluster suggests there may be more aero gainz through a flatter toptube and simply replying on the Kamm tail aero shape of the seattube. The seatpost appears to share the same deeper aero profile of the current bike, a small rear wheel cutout, and still a 3-bolt setscrew clamp from the rear of the seattube.

But the seattube itself likely gets a steeper angle as all of the prototype Cube Litening TE team bikes have been fitted with setback seatposts, while many of the existing model bikes use zero offset posts. 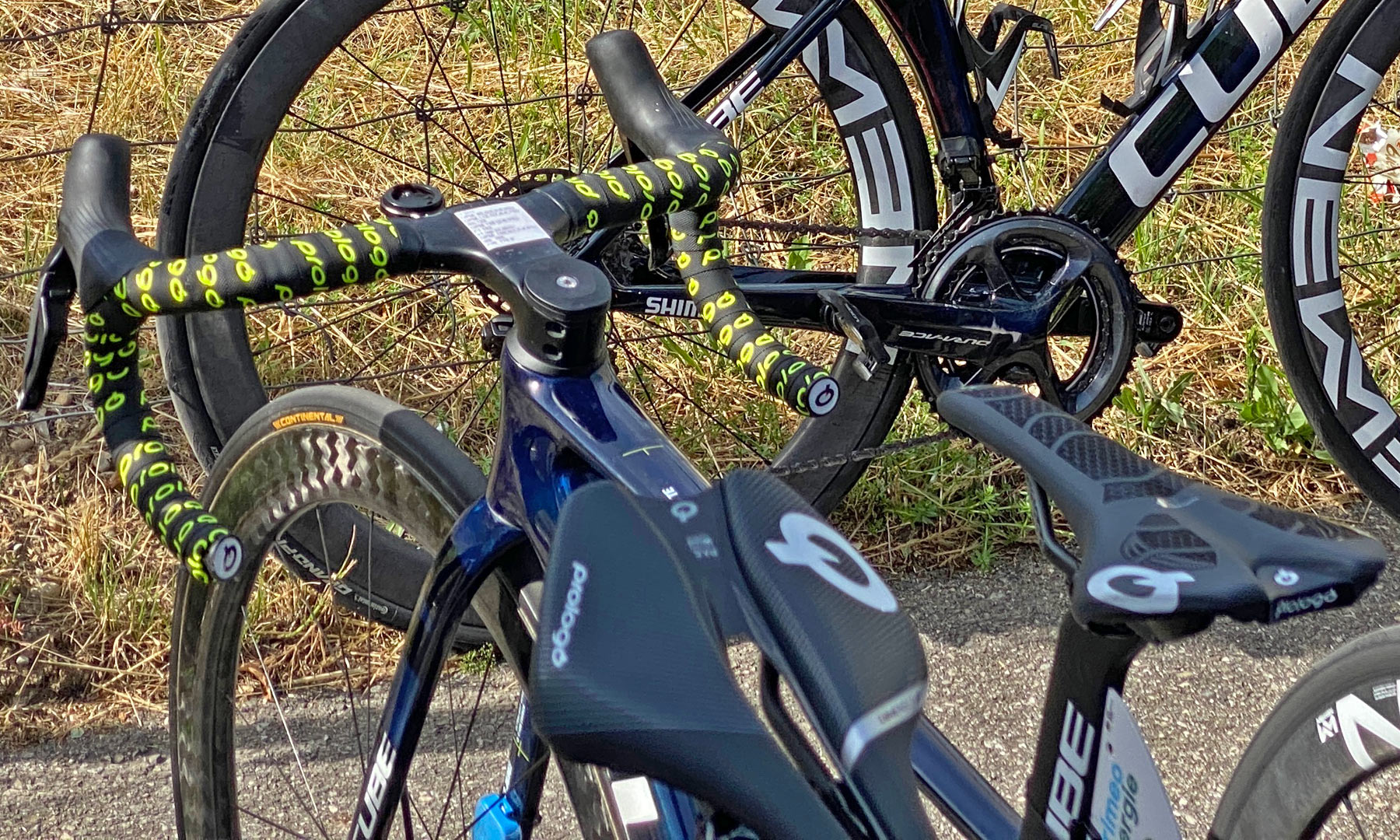 The other major difference is a significantly thinner fork. From its legs to its crown, the Litening TE fork looks lighter. The new fork doesn’t really transition its shape into a wider downtube, instead the new fork legs stay wide-set until a more rounded crown and the downtube pulled up higher away from airflow coming off the front tire.

The new Cube Litening TE prototype also still gets fully internal cable routing at the headset. But now it features a more conventional-looking straight 1.5″ headset that sits above the toptube (instead of being inset), continuing with wider, more round steerer tube spacers. That suggests a change in the actual routing into the frame – where it before entered behind a 1 1/8″ headset bearing, now it looks to go through the 1 1/2″ upper bearing.

Cube Litening TE – When is it coming? 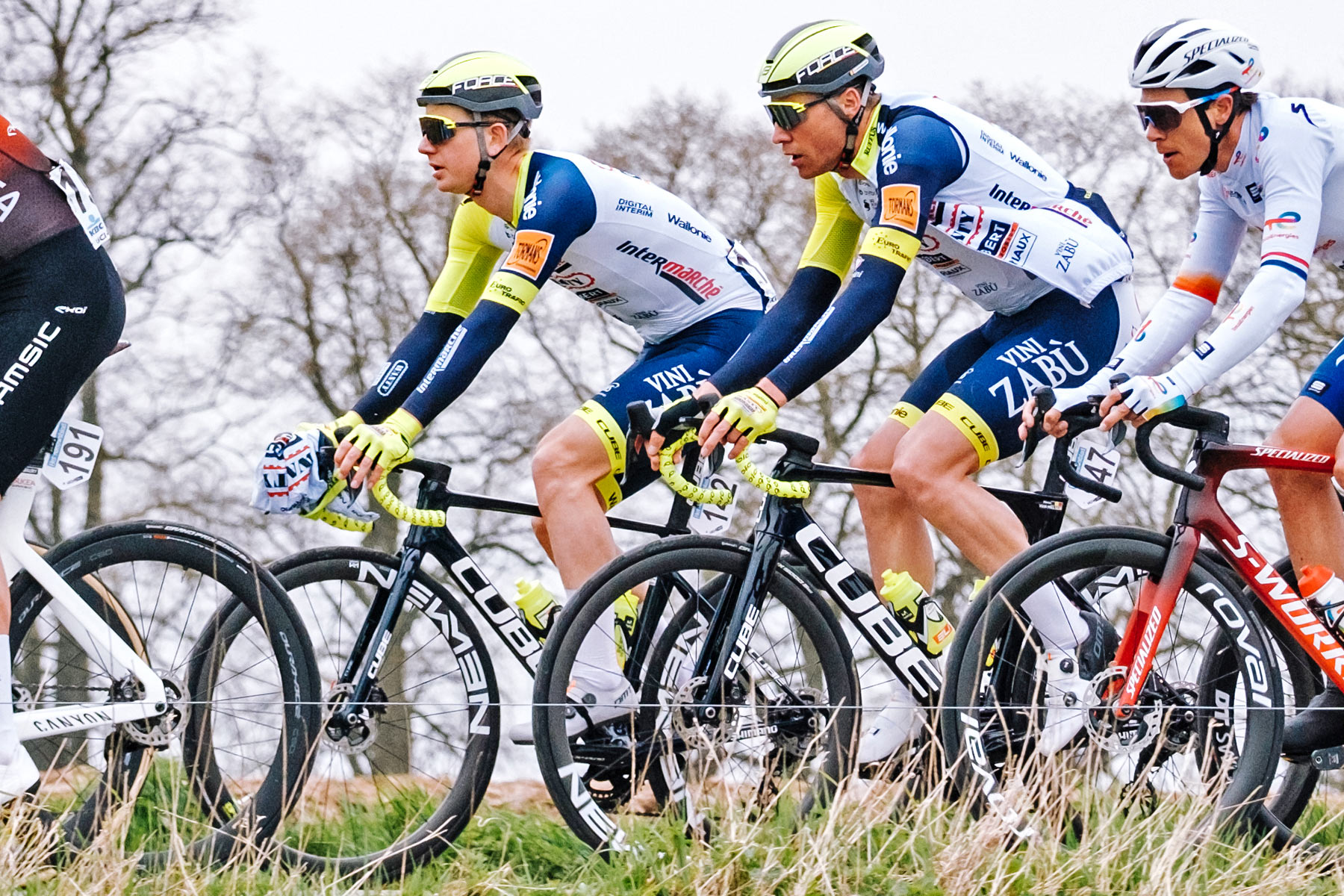 Overall, this prototype Cube Litening TE road bike looks less like a dedicated aero road bike – compared to the Litening introduced in 2019 – and more like a modern all-rounder race bike, better balancing aerodynamics AND light weight. Out only real question that remains is will it completely replace the current Litening C:68X SLT that Biniam Girmay rode to some impressive results at the Giro d’Italia this year? Or whether the two bikes will be able to co-exist – one as a flat stage aero sprinter’s bike and the other as a lightweight climber’s bike or even a versatile all-rounder? 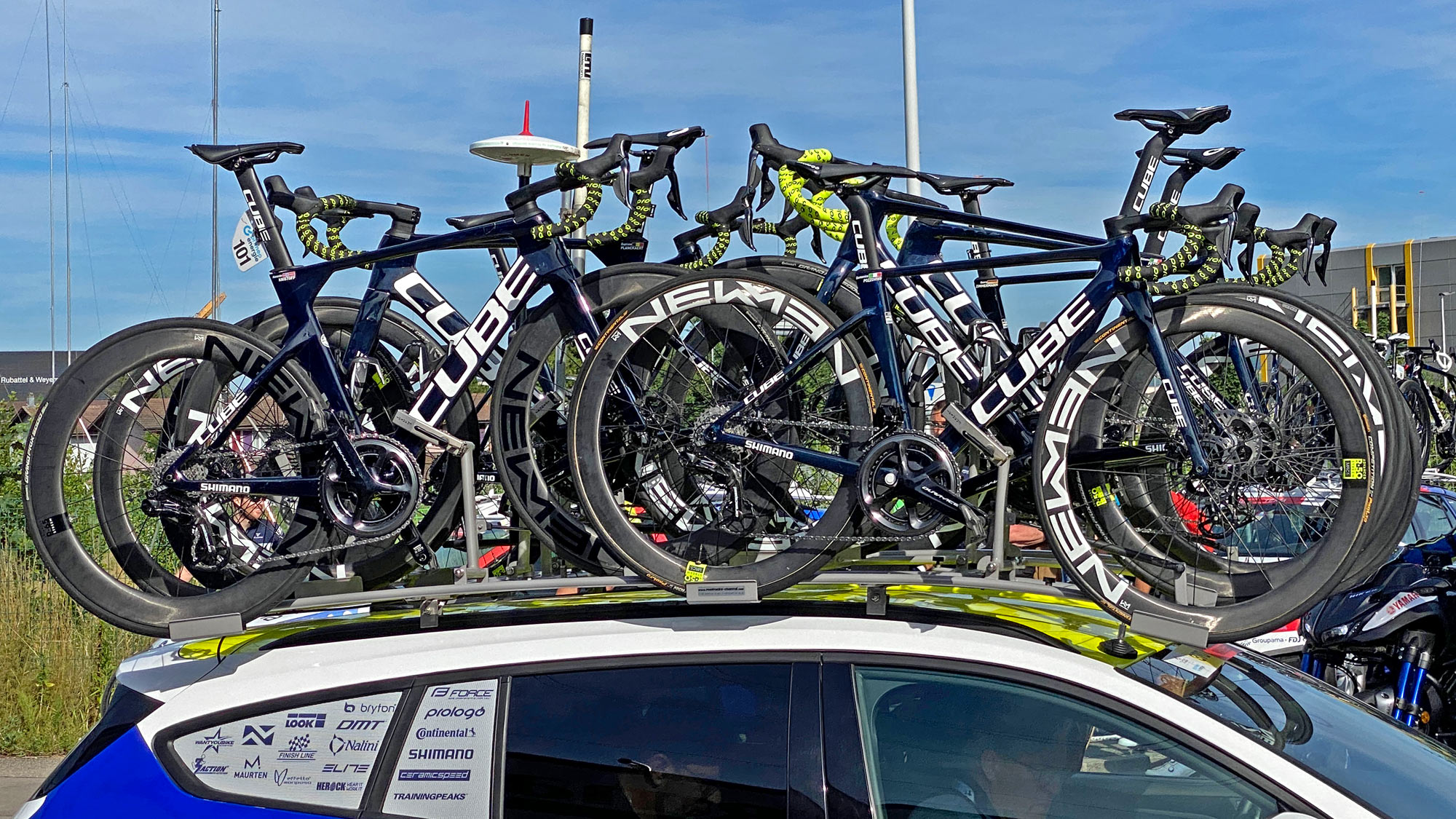 The real question now comes down to when we expect a proper launch of the new bike?

The Intermarché-Wanty-Gobert team made some huge milestones already this season, with Classics and Grand Tour stage wins for their Eritrean front man Biniam Girmay Hailu, among many others as they’ve stepped up to the top-tier UCI WorldTeam level starting last year. Once again, the Tour de France is the big show, and we wouldn’t be surprised to see German bike sponsor CUBE use this as a huge platform to promote their latest top-tier road racing bike.

After all, it’s been almost a year of racing under the square UCI Prototype label, and that’s as long as the bike maker officially gets before they have to offer the new bike for sale to consumers under the UCI’s technical equipment rules. So, we’ll keep out ears open in the first week of July…

Good bike in the world that needed in Africa , from Kenya