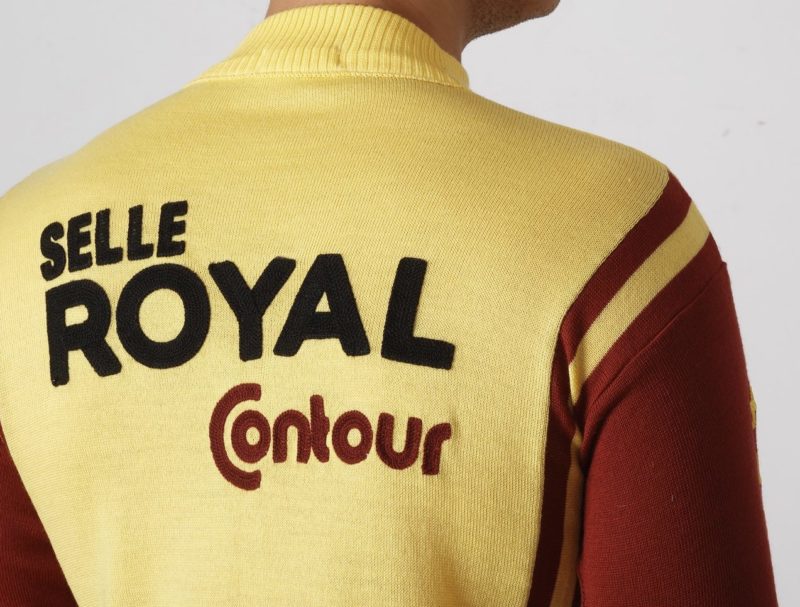 De Marchi, who’s been continuously operating under the same ownership for over 75 years, has teamed up with Selle Royal to produce a limited-edition of Marino Basso’s historic 1977 team jersey. 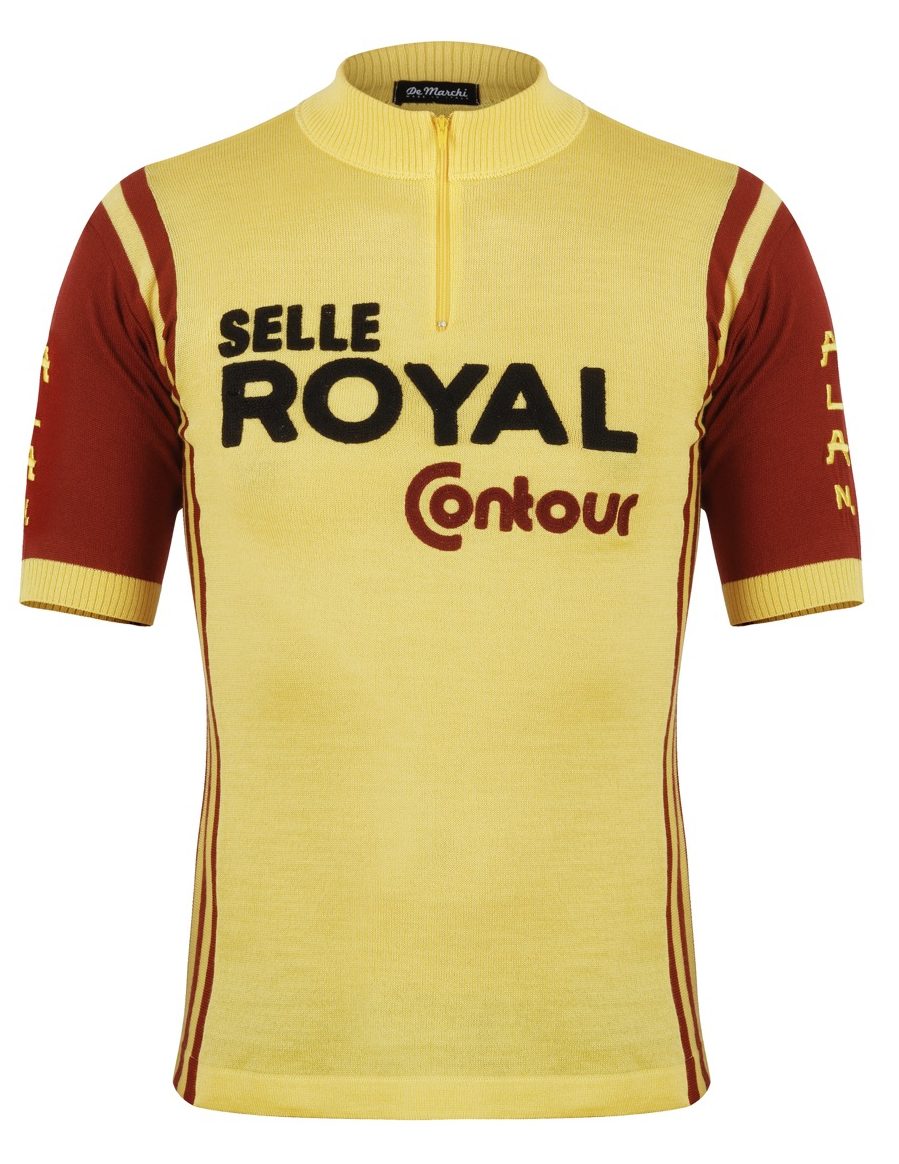 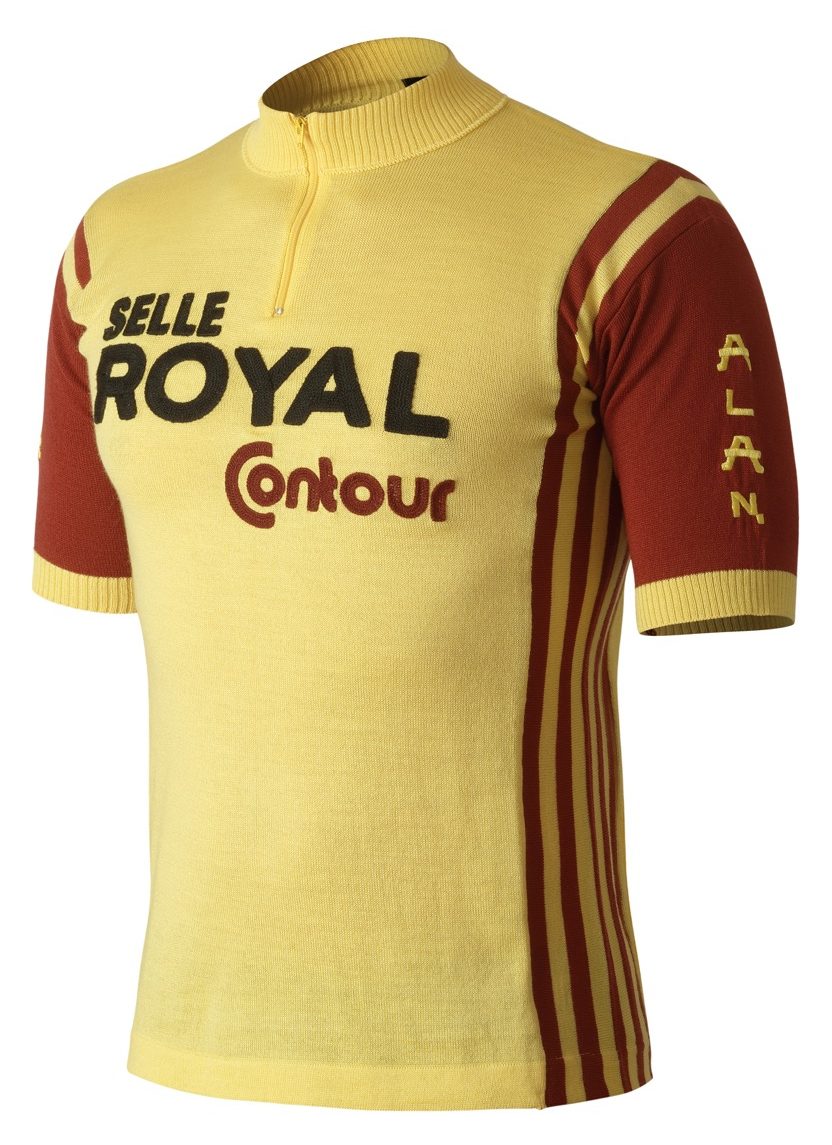 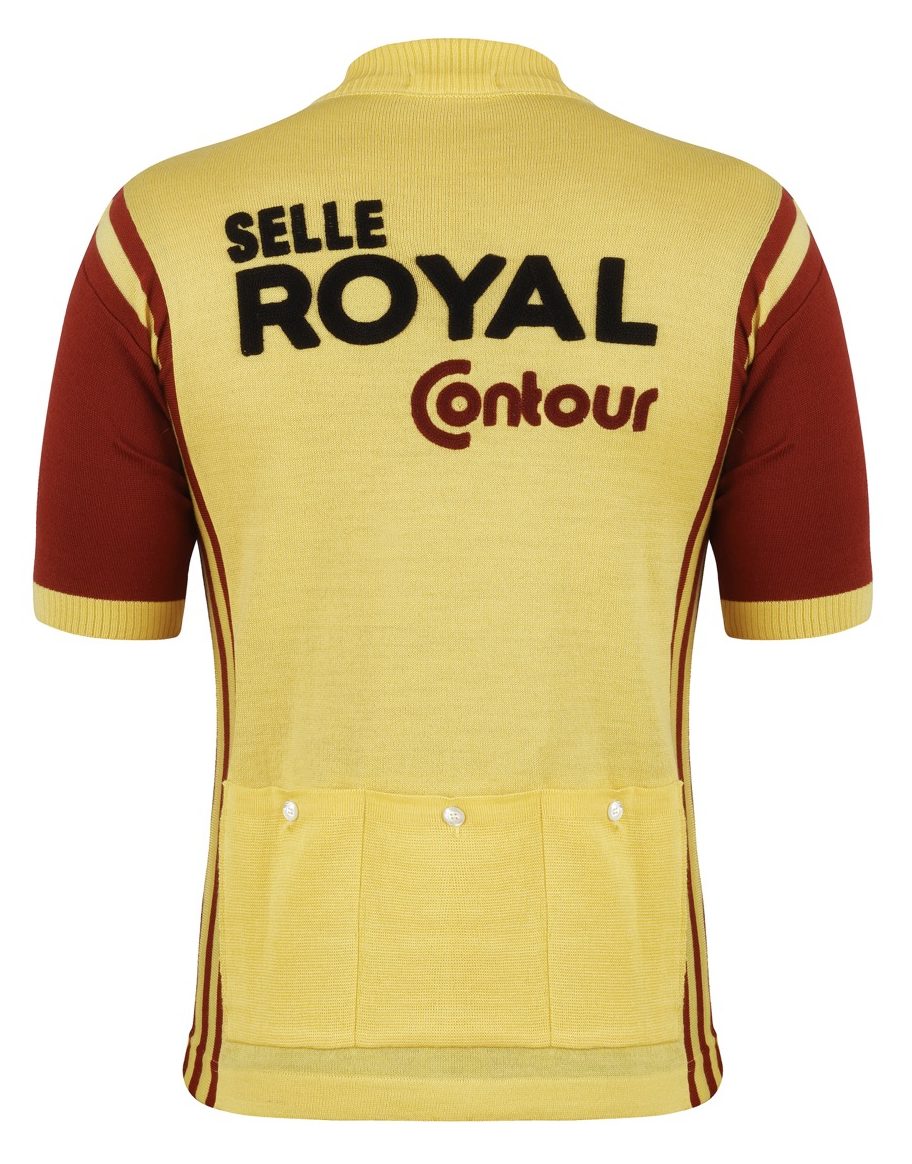 De Marchi claims to be one of the oldest knitwear companies in the world that specialize in cycling clothing.  Like so many other pieces of clothing in their Heritage Collection, this new addition has an epic cycling story behind it as well. 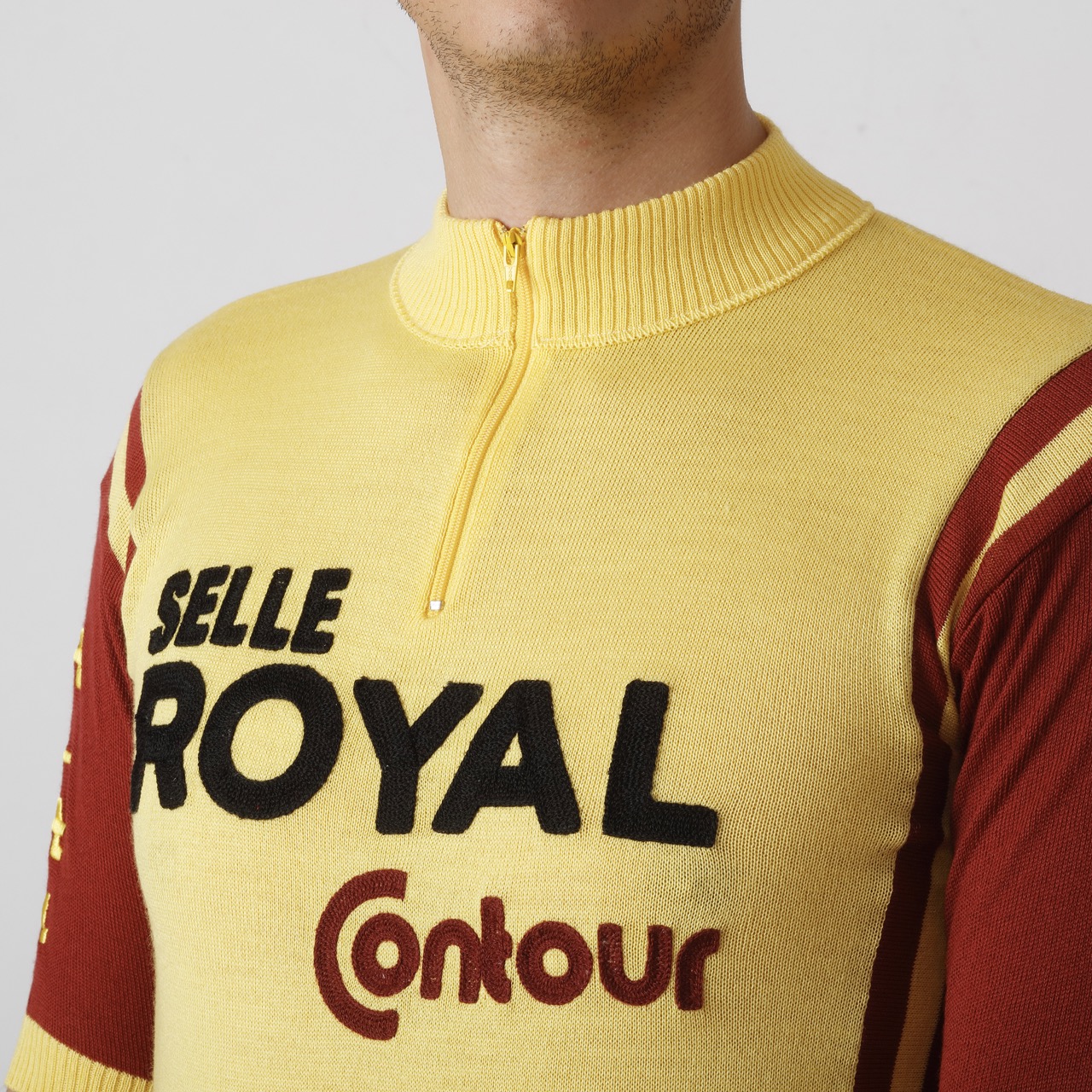 The year was 1977. It was the beginning of the heyday of disco. The Ramones were making history in a seedy little dive bar in New York, while still a year before the Sex Pistols would land in America. It was the year that Selle Royal entered the world of cycling sponsorships, being the first saddle brand to support professional cycling.

It was also the year that Marino Basso, while donning this jersey, won the second semi-stage of the 1977 Giro d’Italia’s eighth day which took place in the Mugello circuit in Imola. 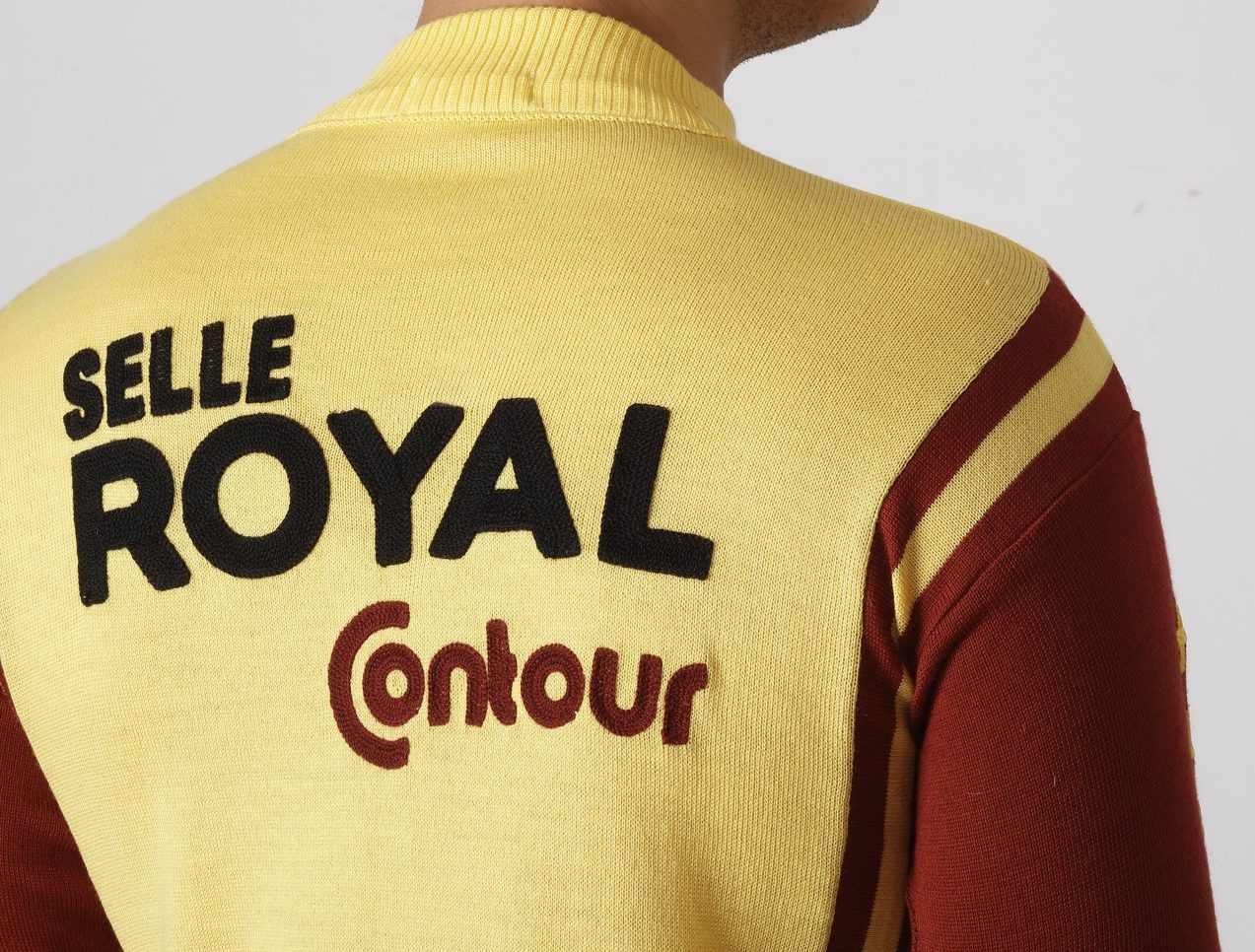 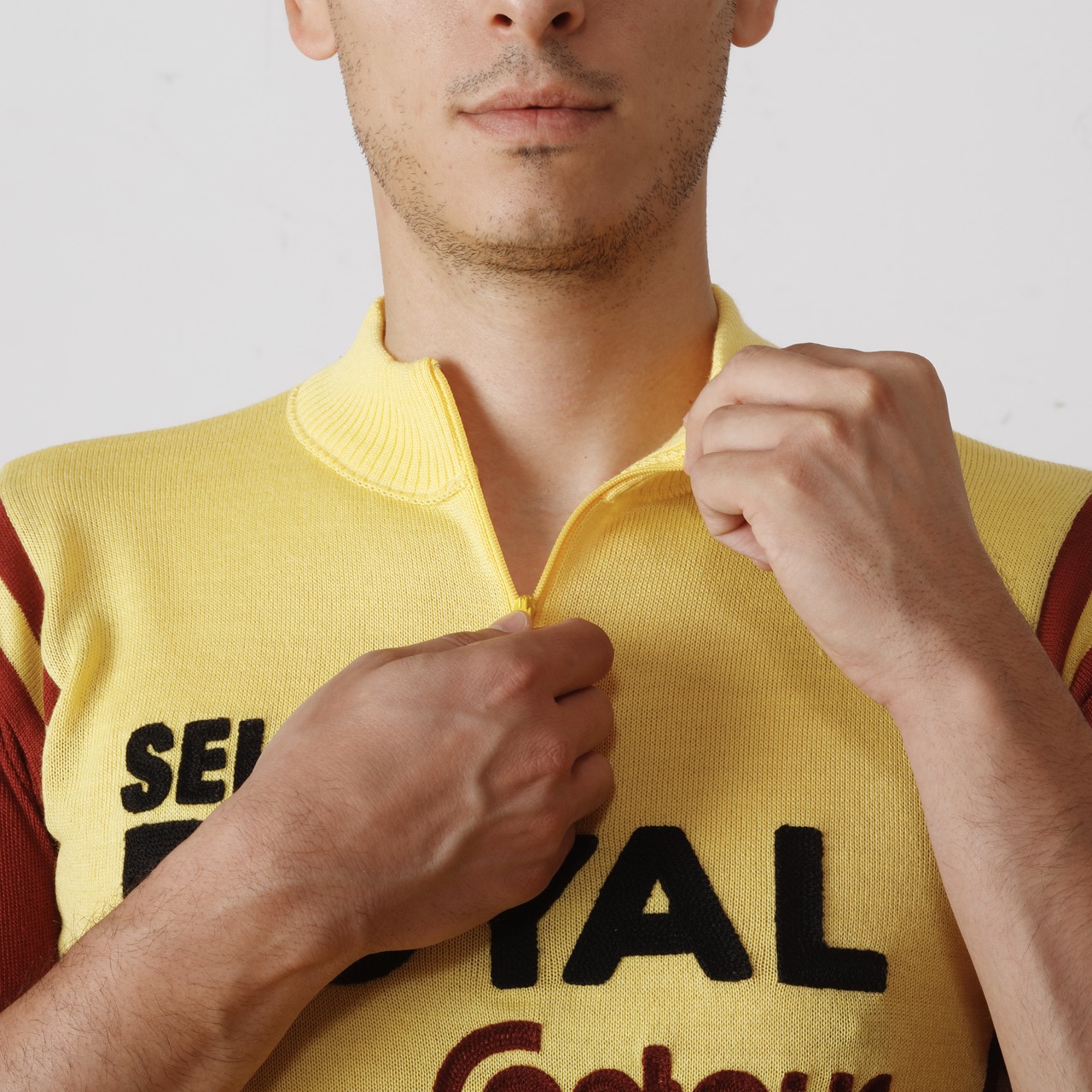 There are only 100 of these Selle Royal-Alan team Jerseys available. According to De Marchi, this jersey is 100% made in Italy, just like in the past. It is made with a merino wool blend and uses genuine mother-of-pearl buttons. It’s logos are machine embroidered, with chain-stitch letters. All of the small details are carefully considered and echos back to the style of the time. 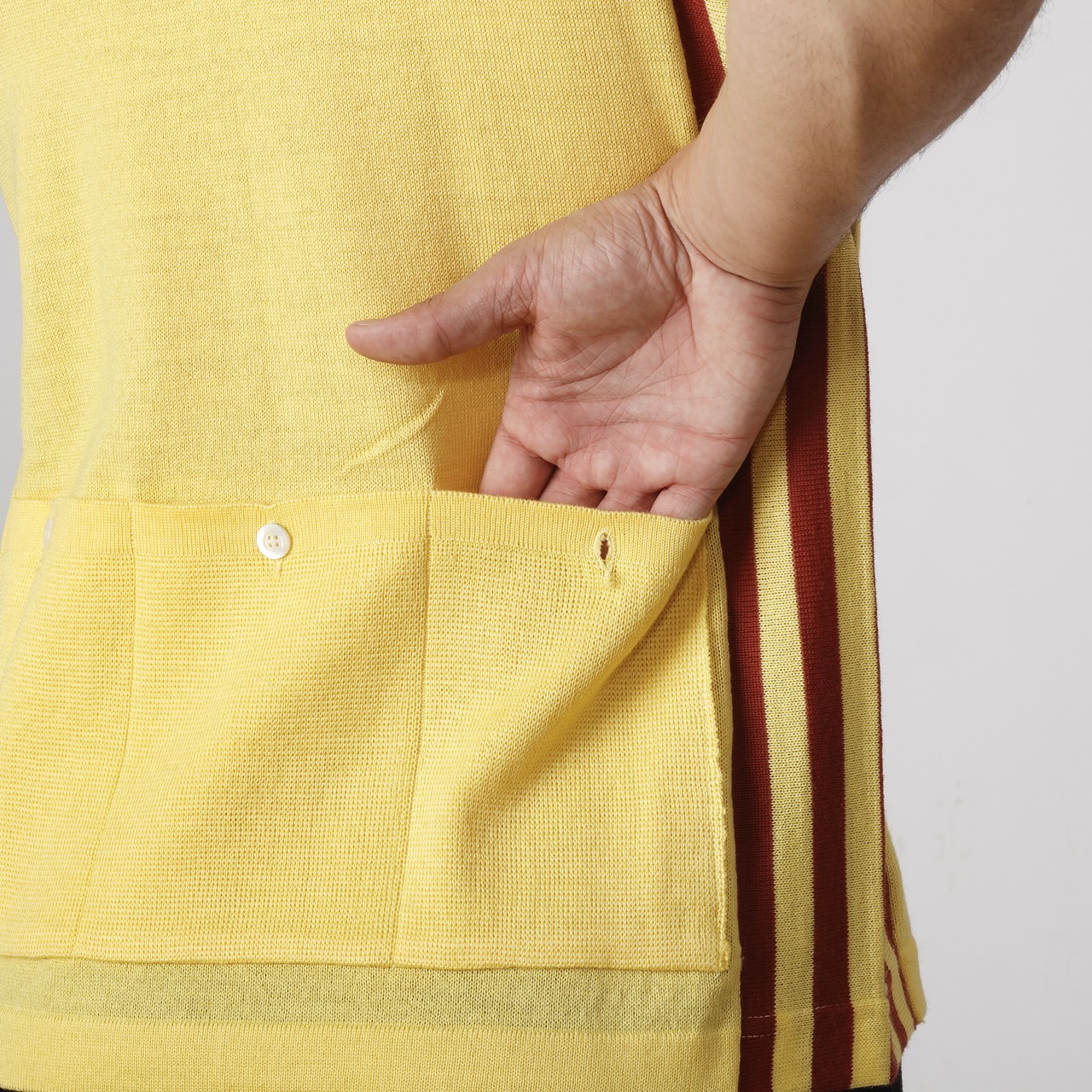 This piece is available within the De Marchi Heritage Collection and retails for $177.

They should team up with Vittoria/Dugast and sell these as a bundle with one of those L’Eroica tubular tyres so that the wearer of the jersey can put the tubular tyre around their shoulders and have the full vintage look.