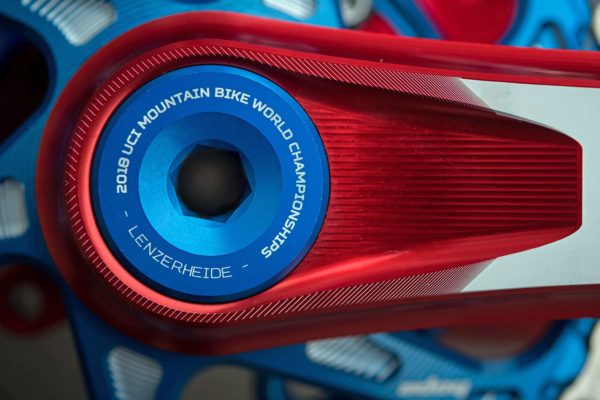 MTB Worlds are rolling along in Switzerland now, with the Downhill riders out scoping track conditions in the Lenzerheide Bikepark. Worlds always bring out lots of one-off custom bikes, but it seems like this year there is more DH eye candy than ever before. Yesterday we looked at custom Devinci, Intense, Saracen & Specialized S-Works downhill bikes being race out on the Worlds course. Today, see what Kona, Pivot, Scott & YT have shining down the mountain. It’s all in the details! 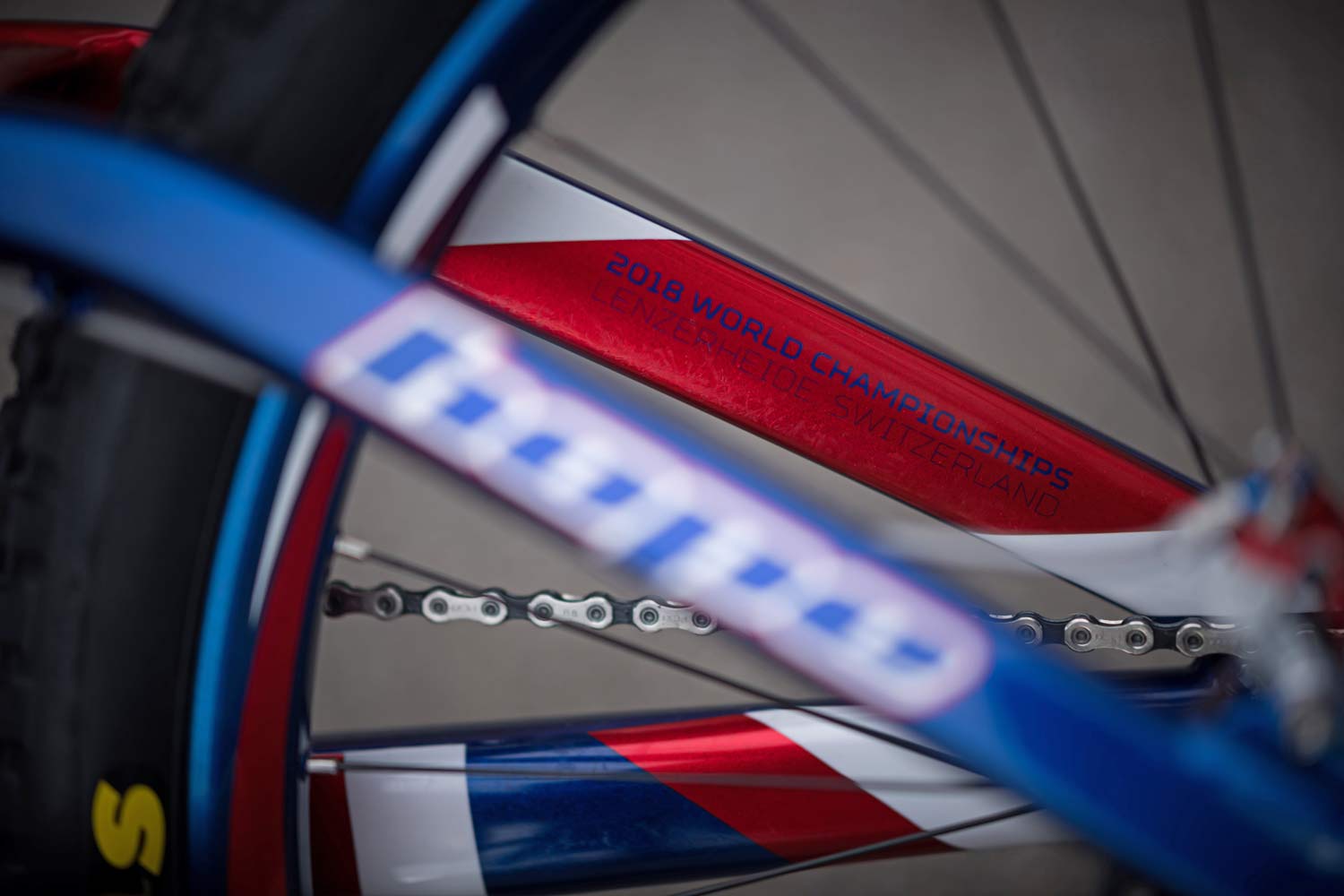 Here’s a few more custom details from the Lenzerheide DH course. It almost seems like a shame to get them dirty! Well, not really… 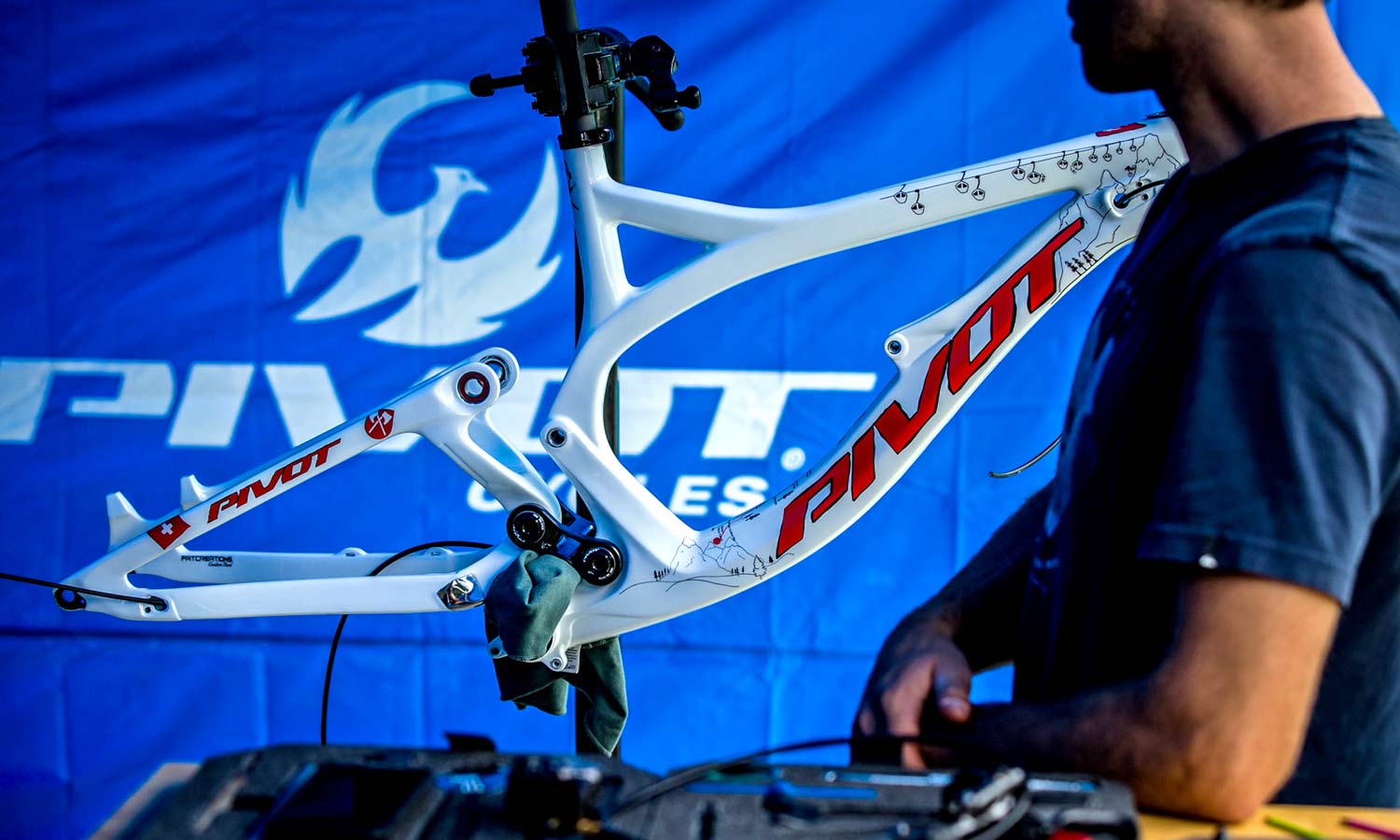 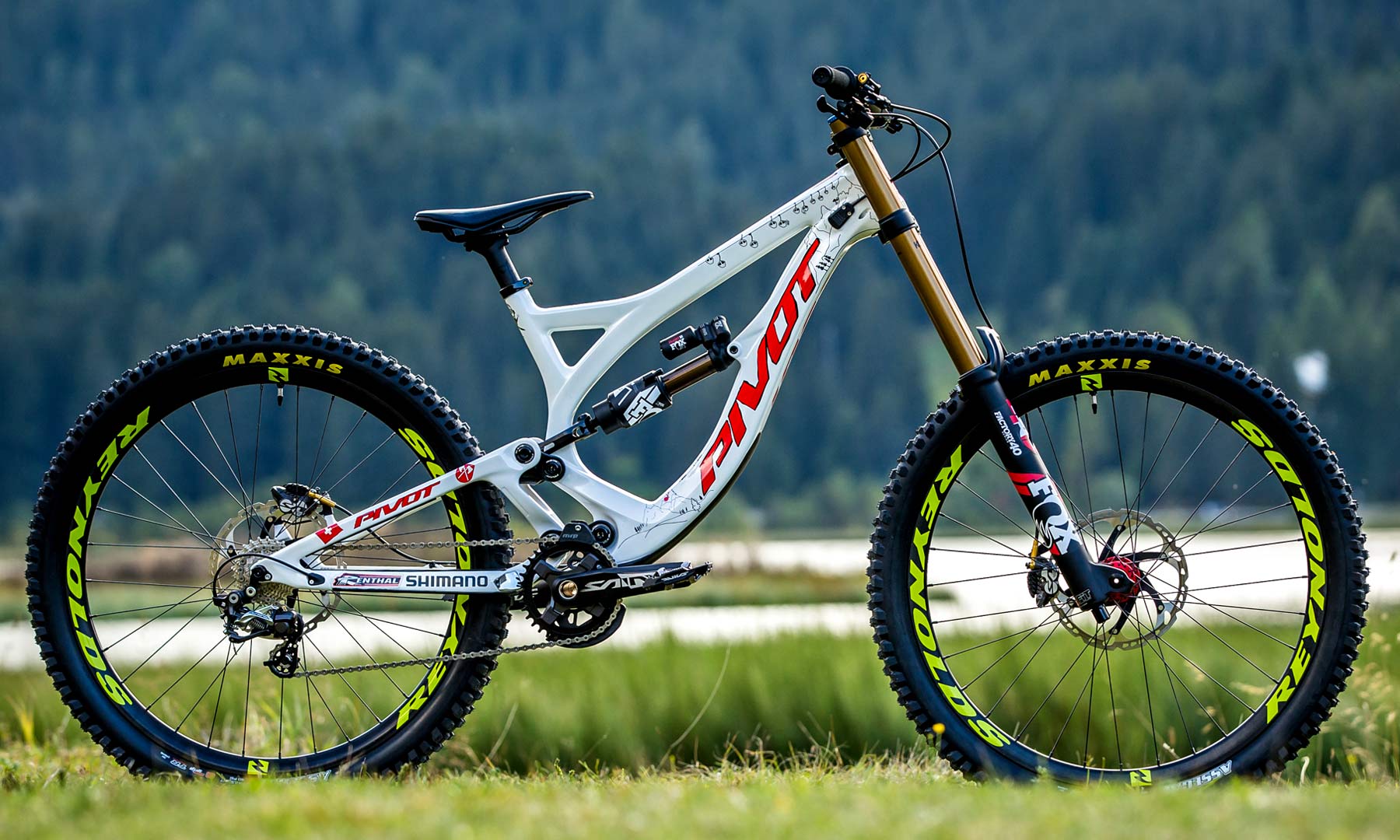 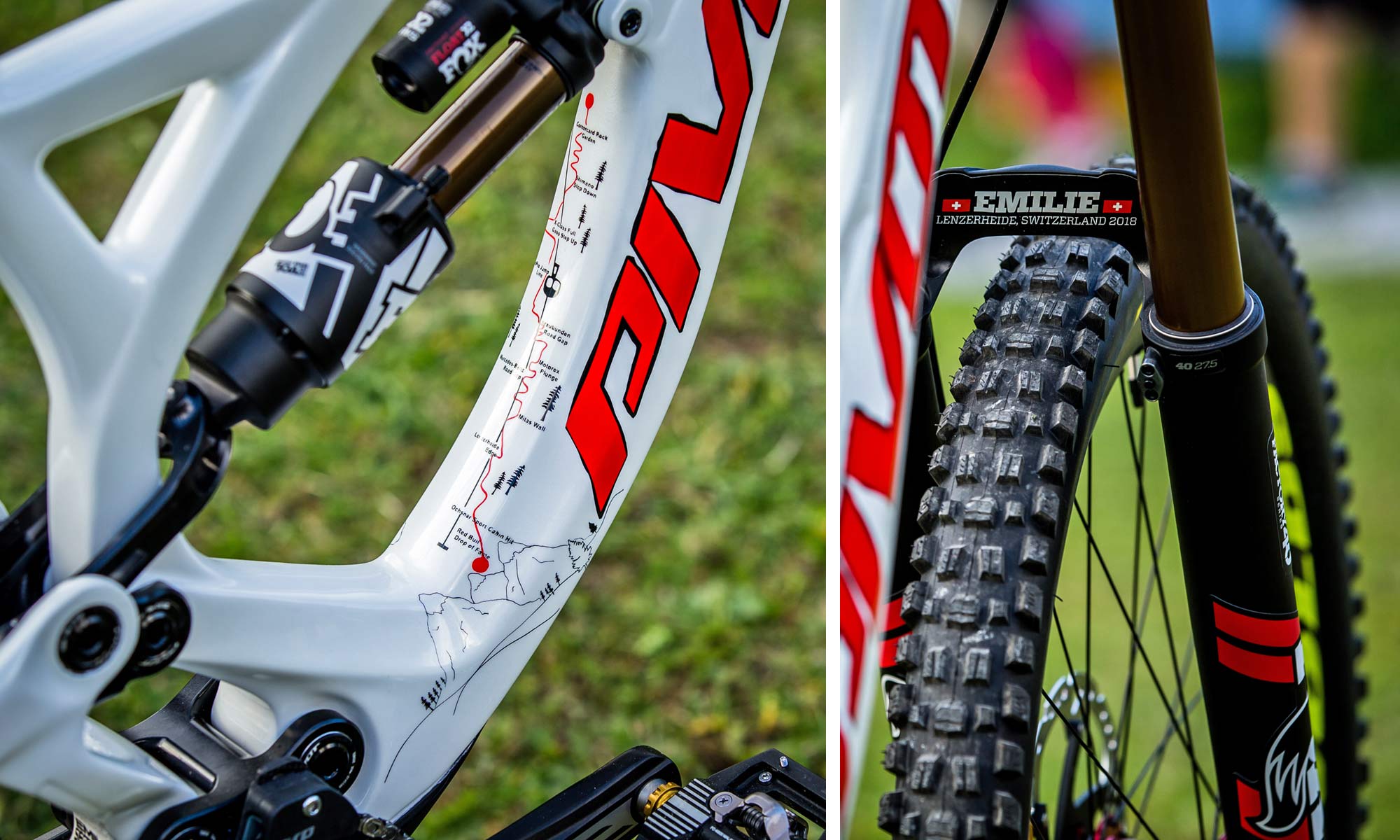 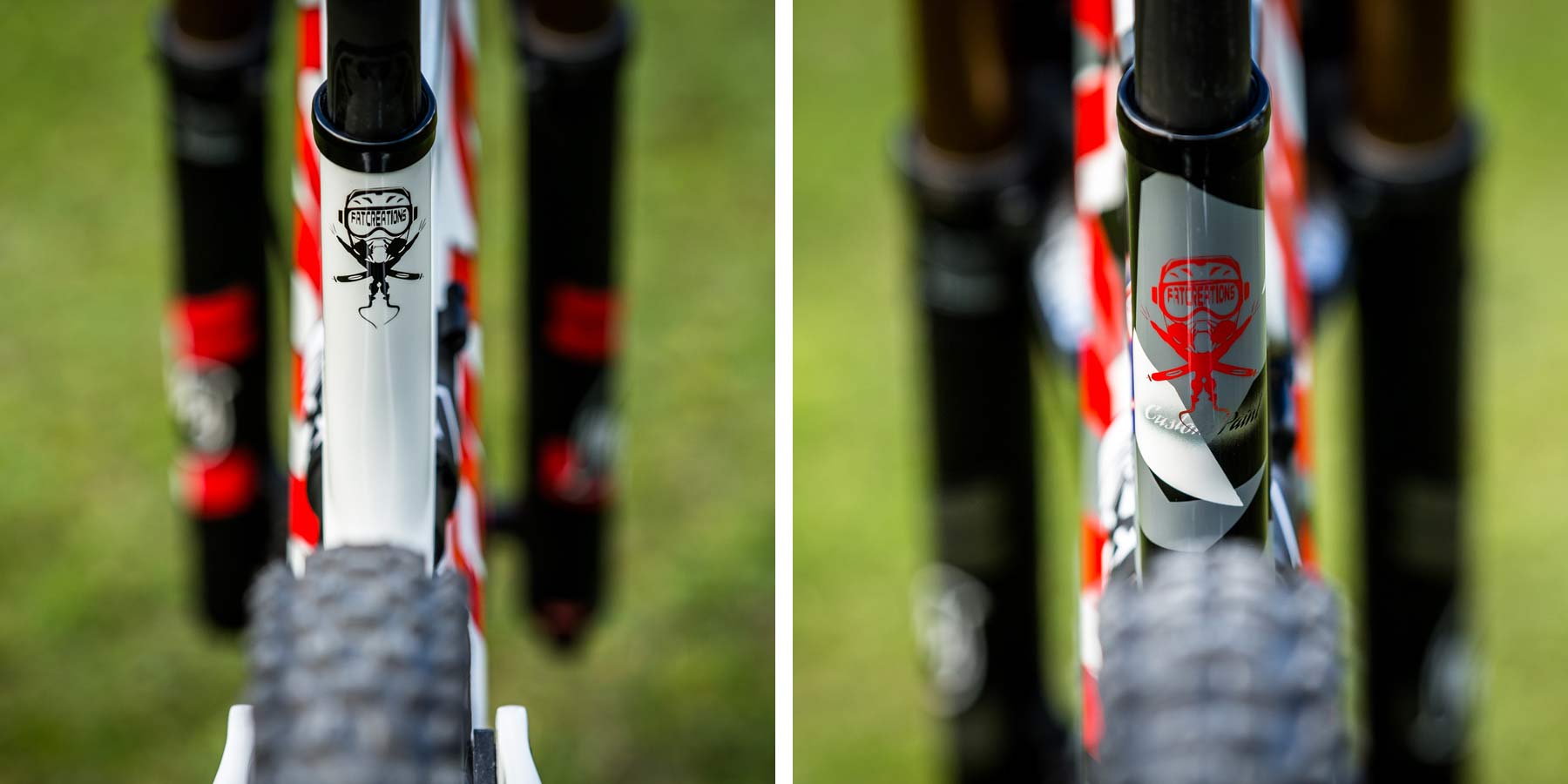 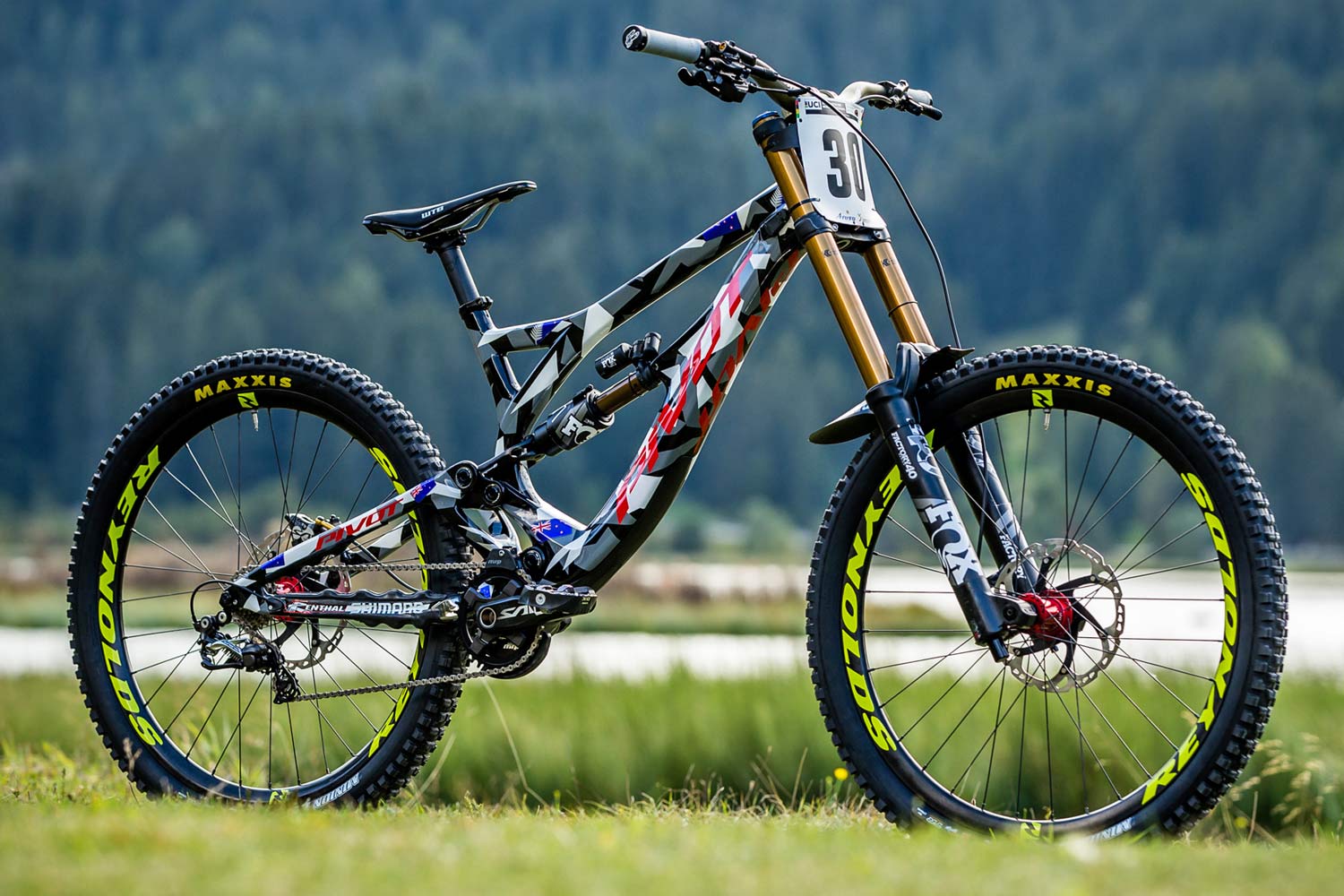 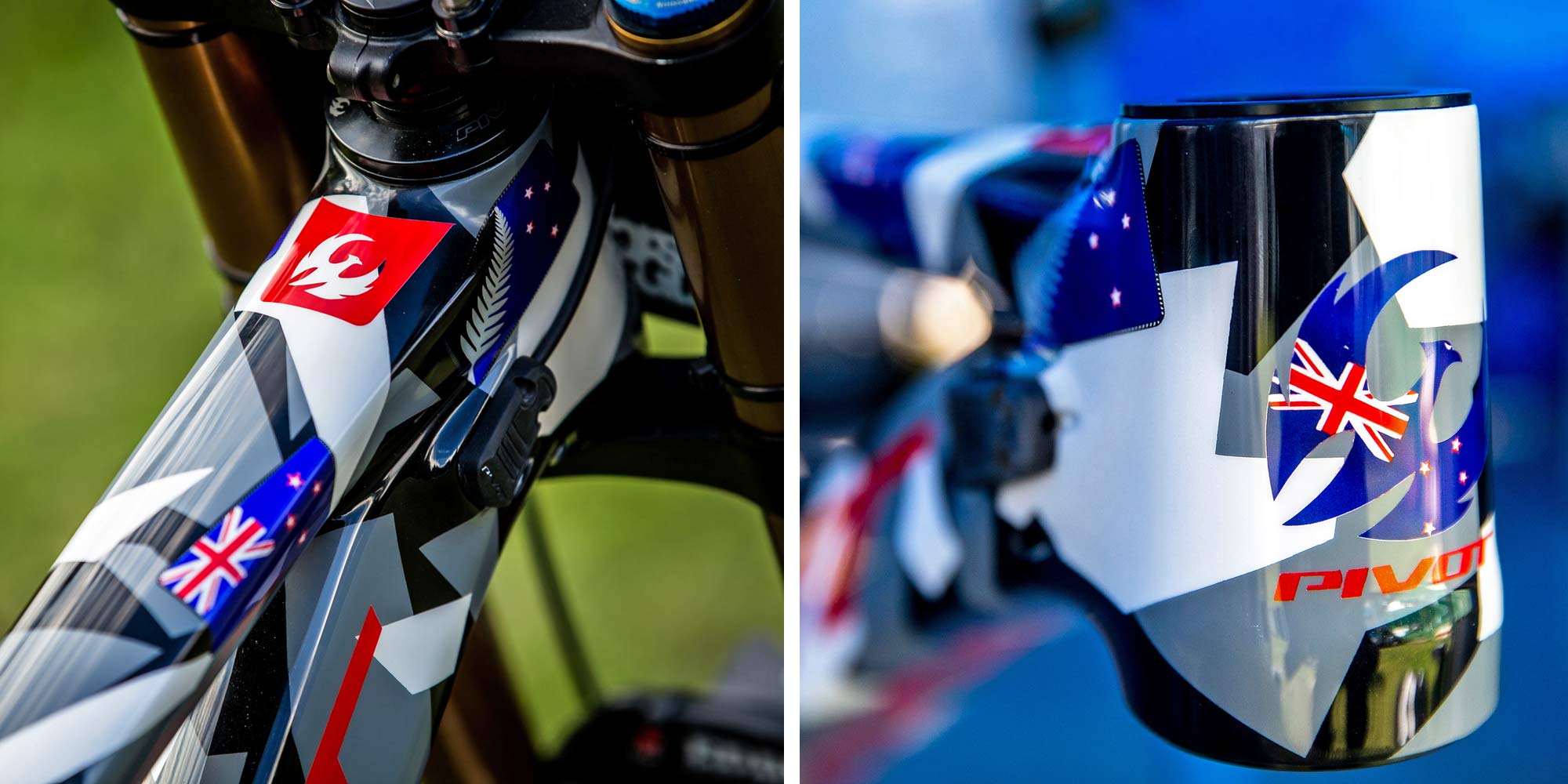 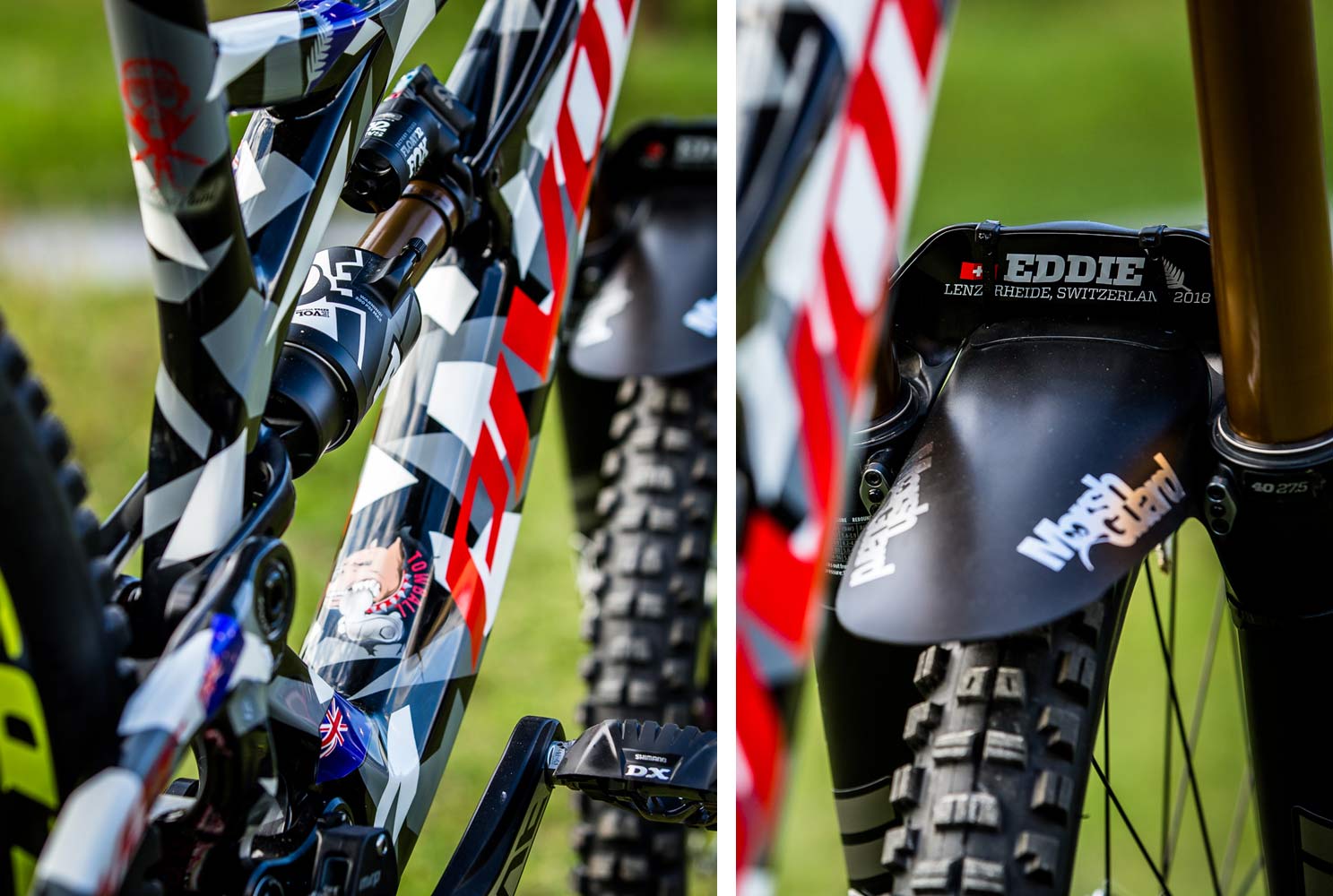 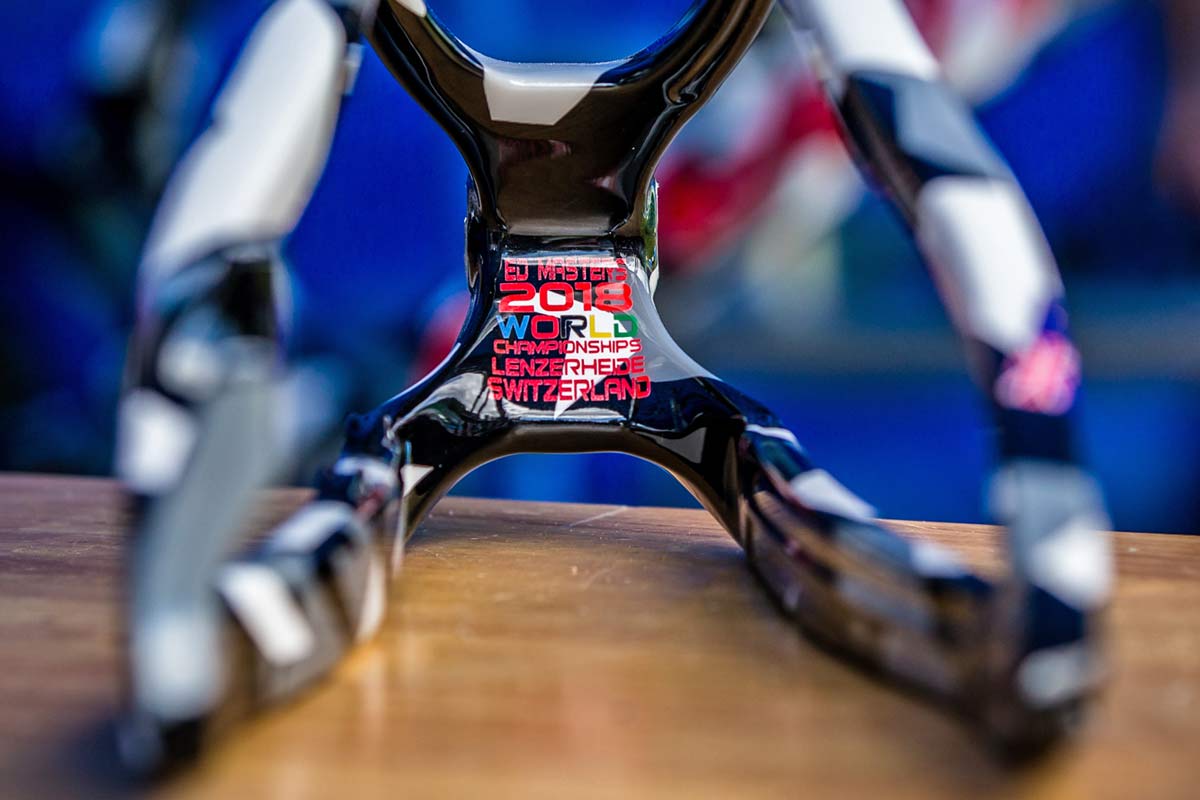 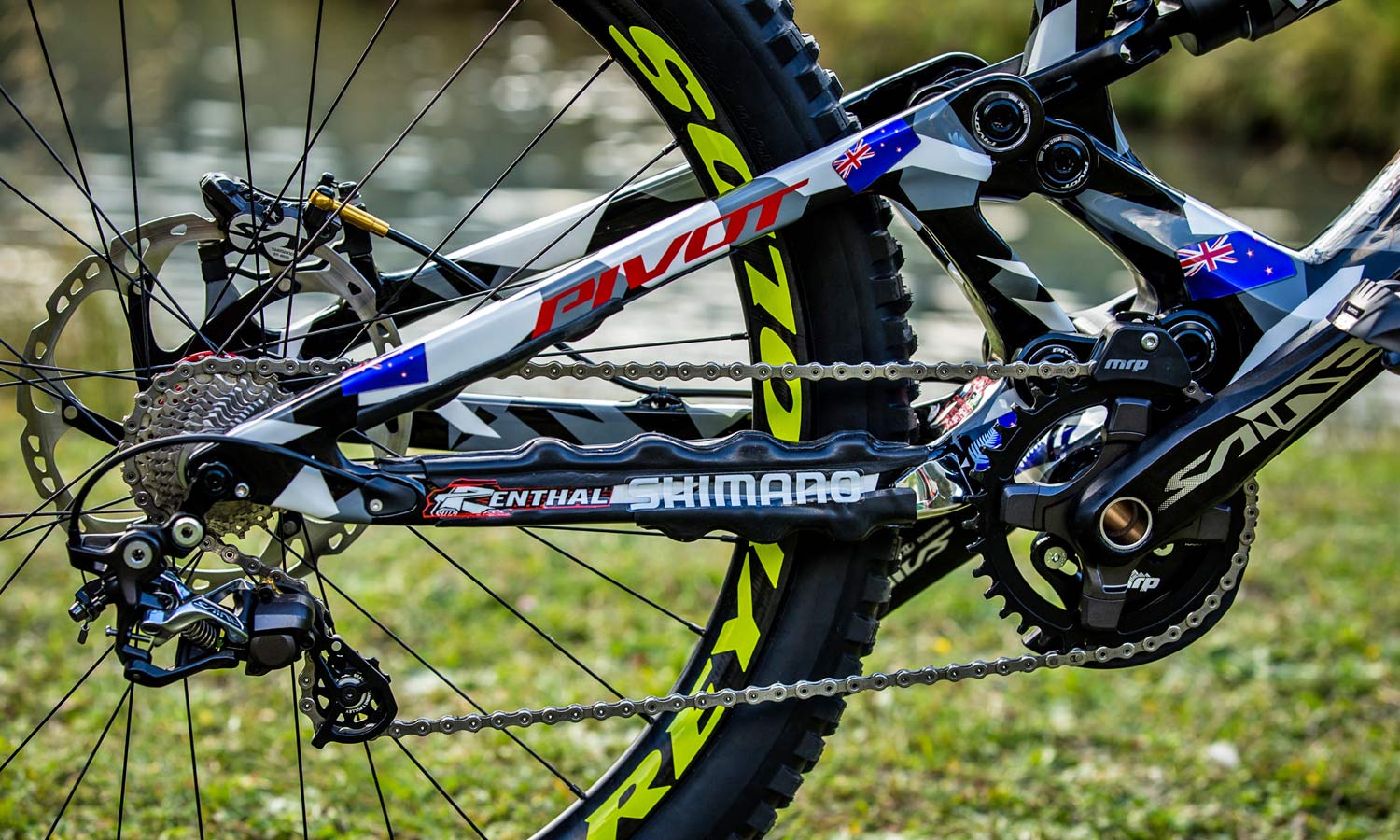 Siegenthaler’s Worlds bike is another one of many to come out of the @FatCreations custom paint shop. Her carbon Pivot got a pretty awesome handcrafted stencil job by @BeccyBooth of Fat Creations who took direct inspiration from the Lenzerheide bike park & DH track for the Swiss rider. New Zealander Eddie “Towball” Masters gets angular camo and a bite on his towball. 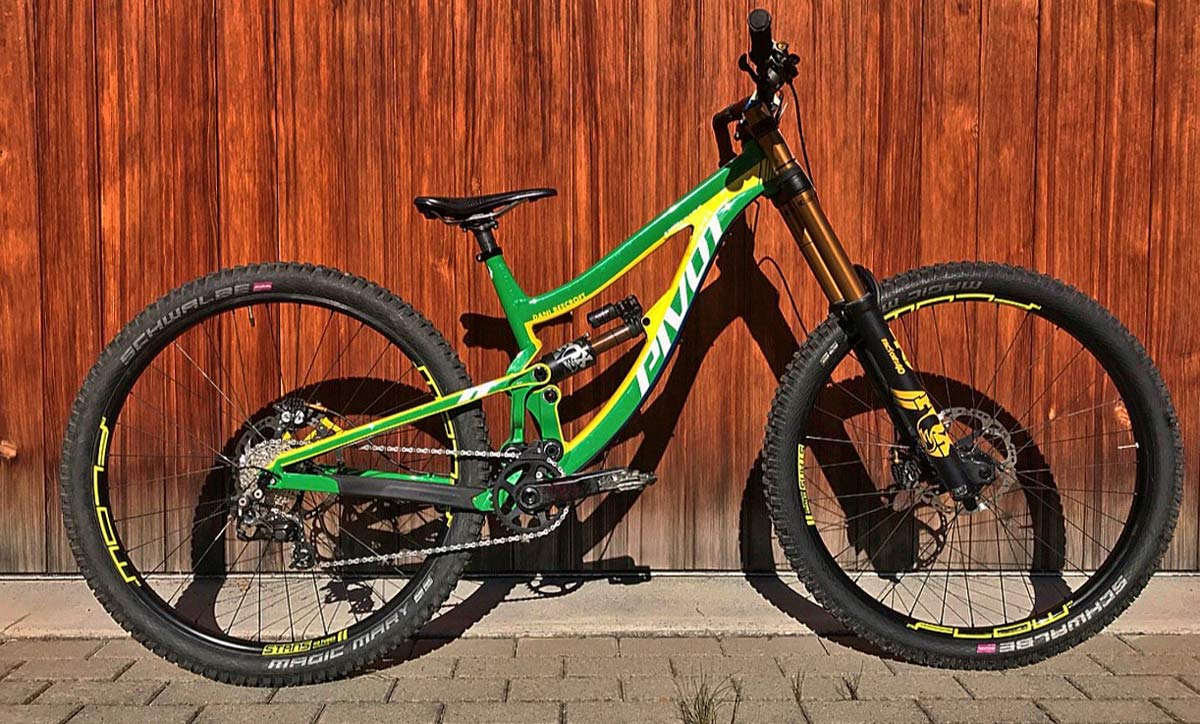 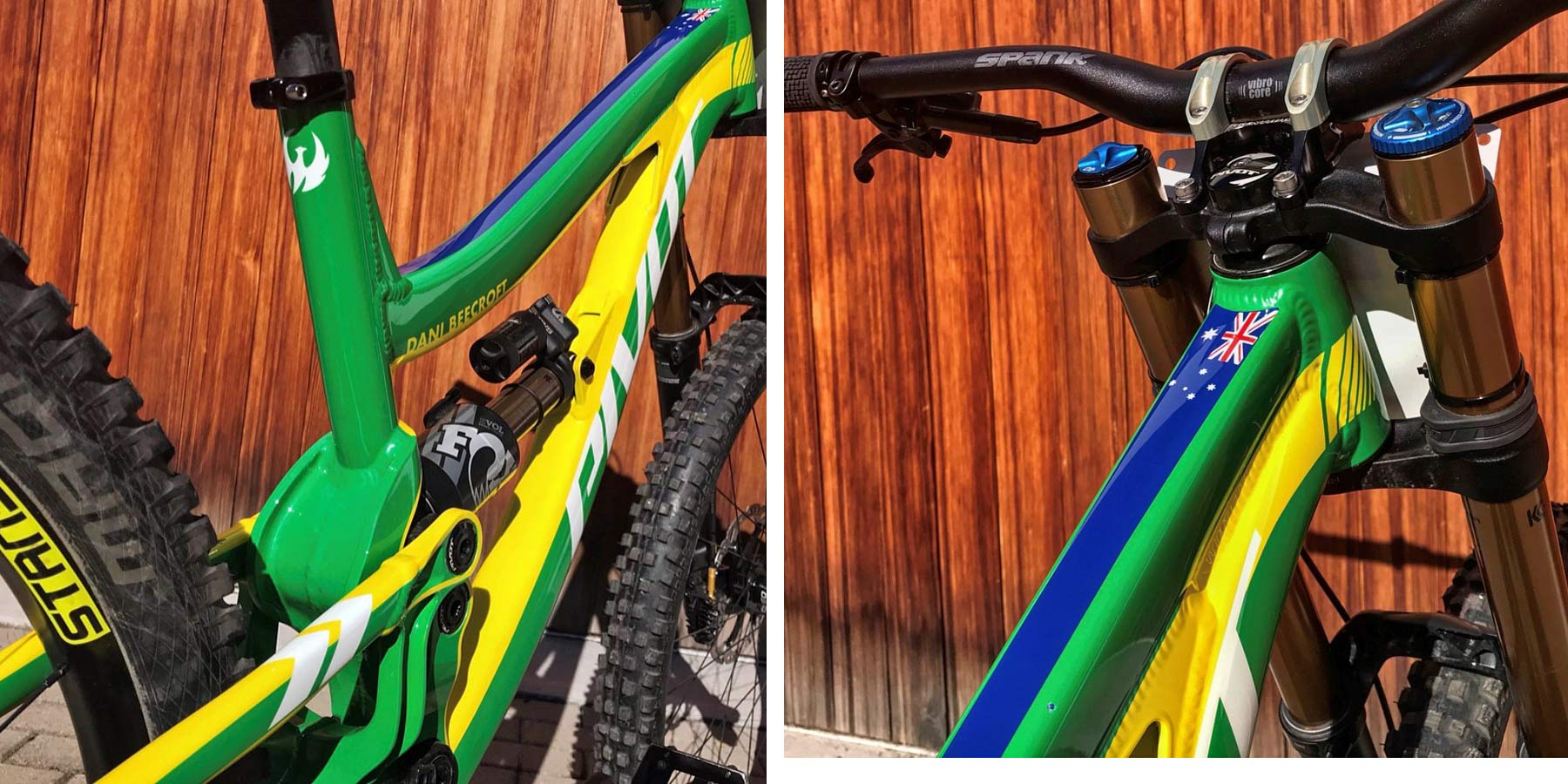 You don’t have to be on fancy carbon to get a tricked out bike. In fact Australian Danielle Beecroft who is just 165cm/5’4″ tall is rocking an unnamed prototype alloy Pivot DH bike that reshapes what still looks like a DW-Link suspension design to fit big wheel and big travel in her small frame size. 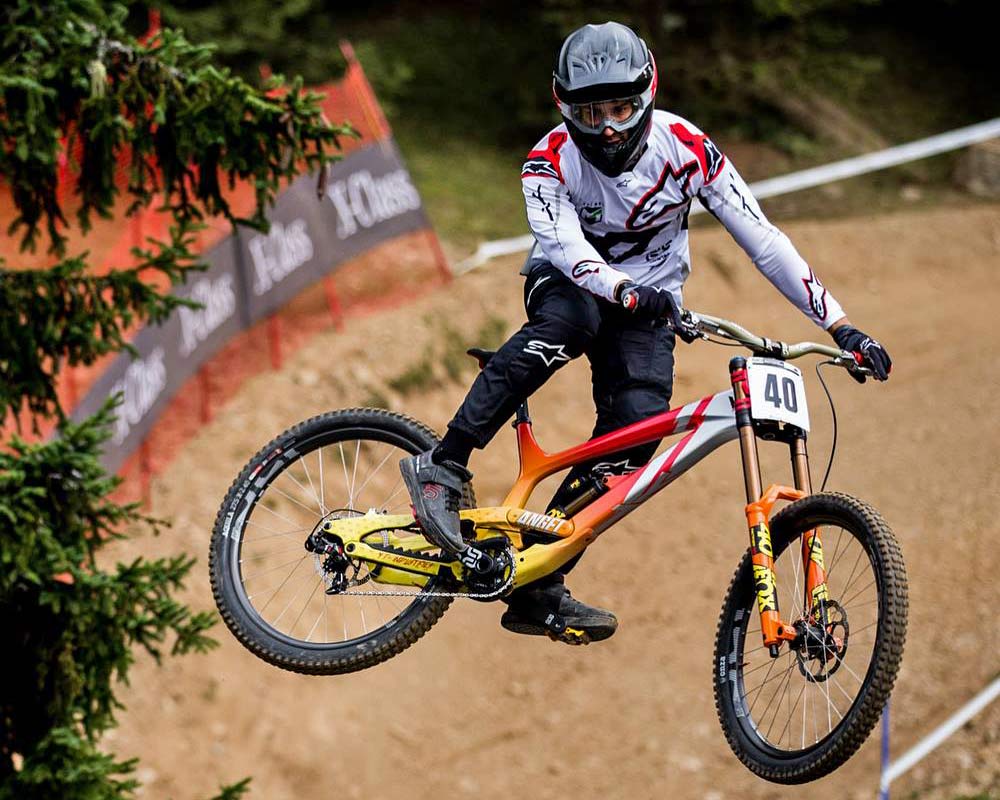 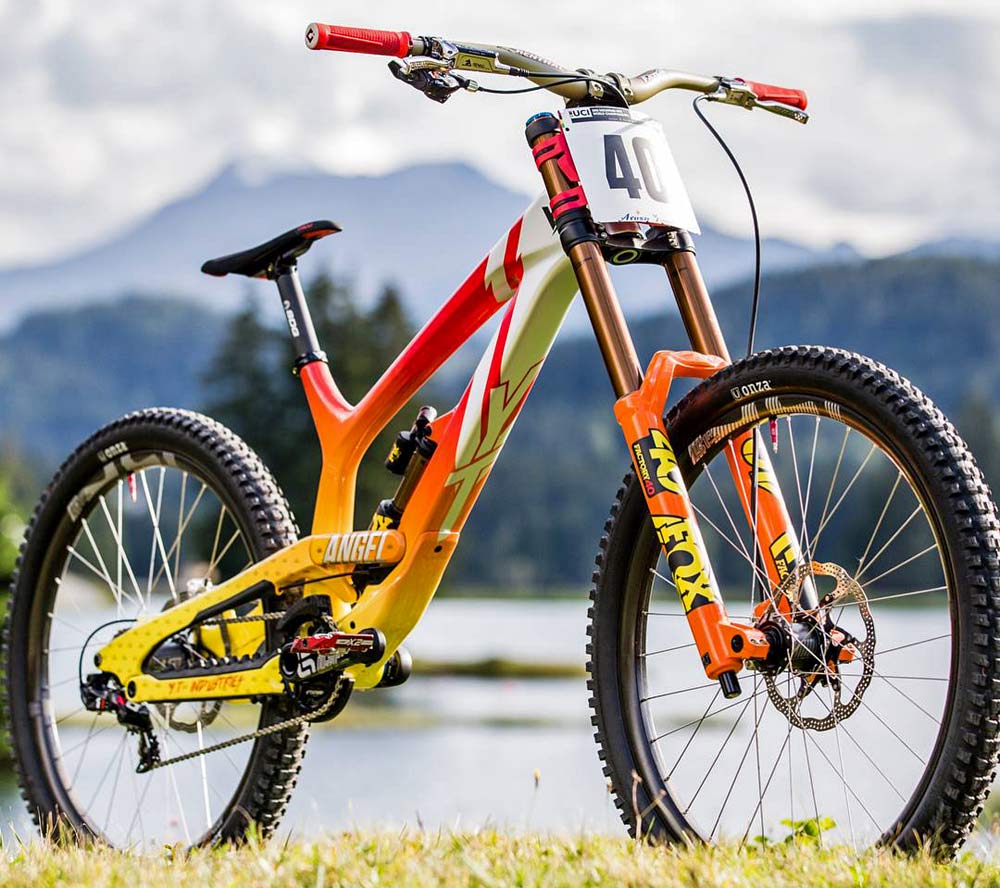 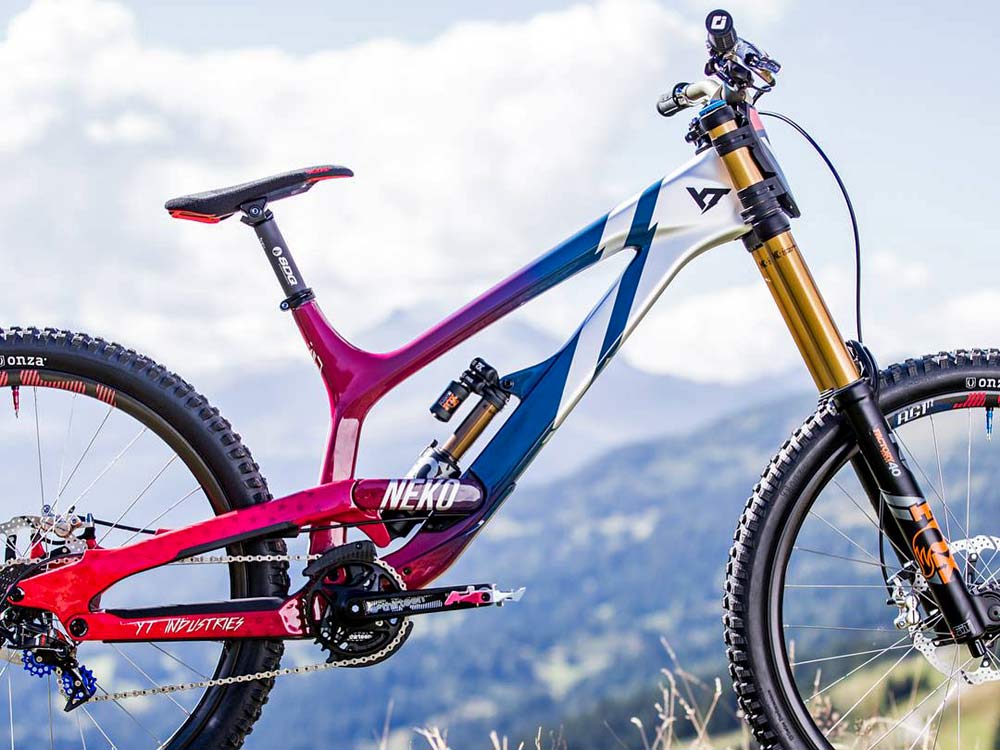 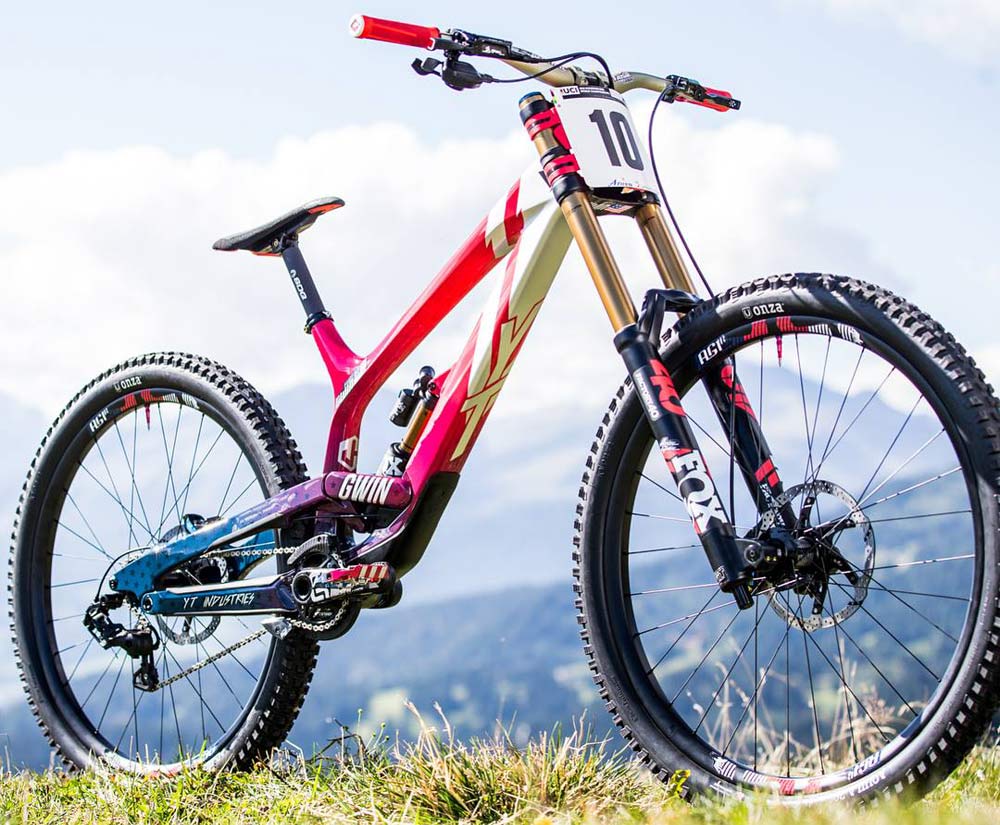 Gwin has won pretty much every DH race & series he’s tried, but the rainbow stripes have so far eluded him. Him and his YT Mob teammates will try to remedy that on some flashy YT Tues CF bikes that get creative interpretations of their home country flags & colors. 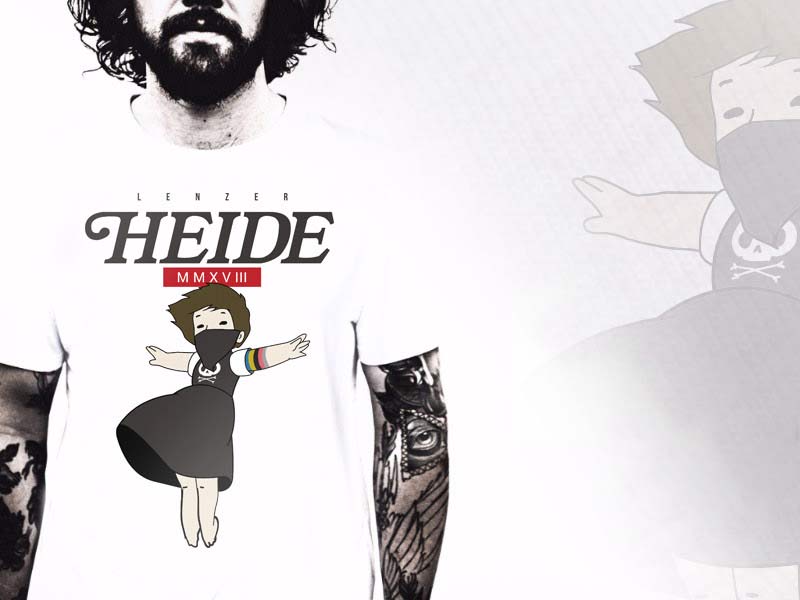 Oh yeah, and YT is celebrating Worlds with a Europe-only edition T-shirt featuring a pirate version of Heide gunning for the rainbows? Check it out in their online shop. 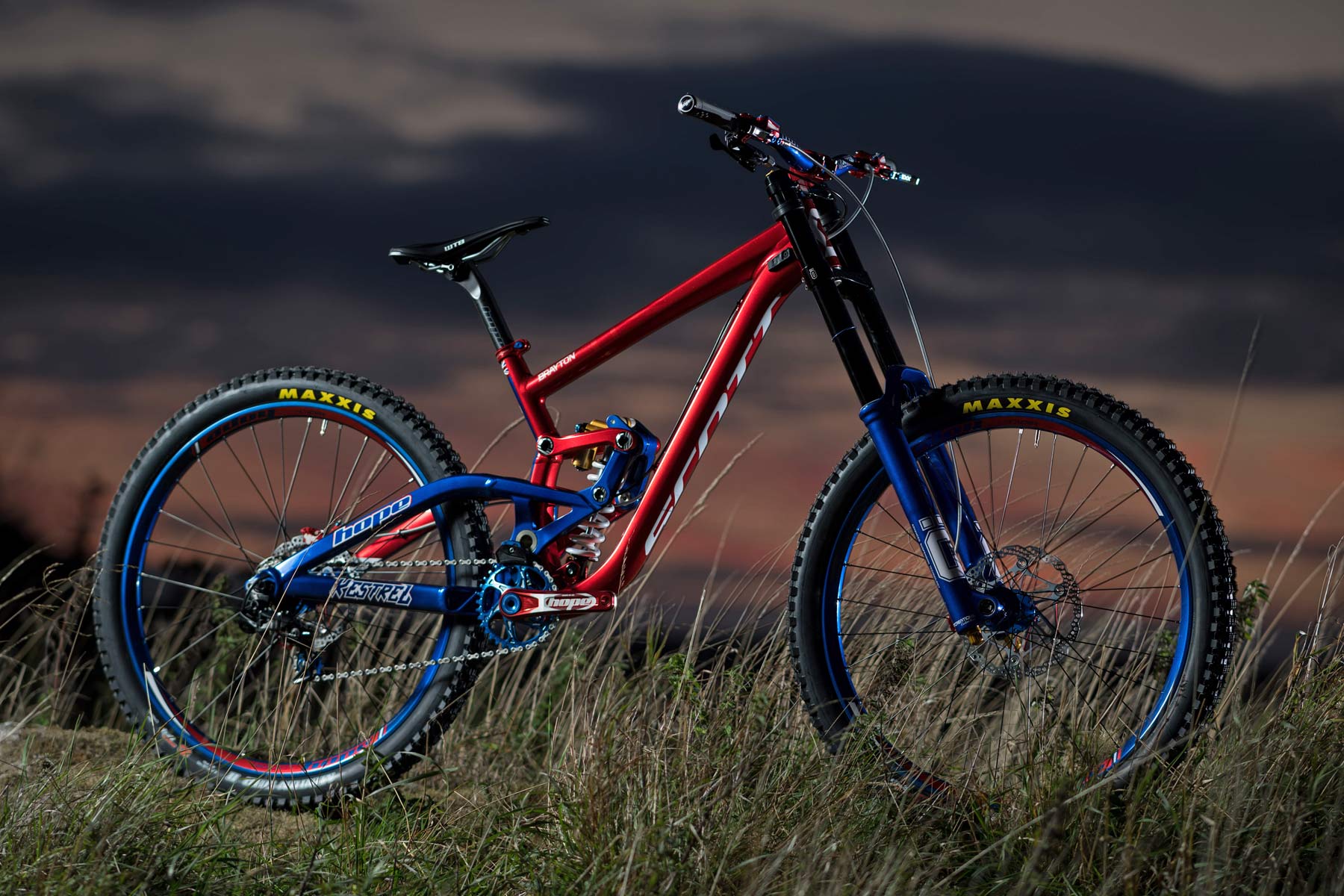 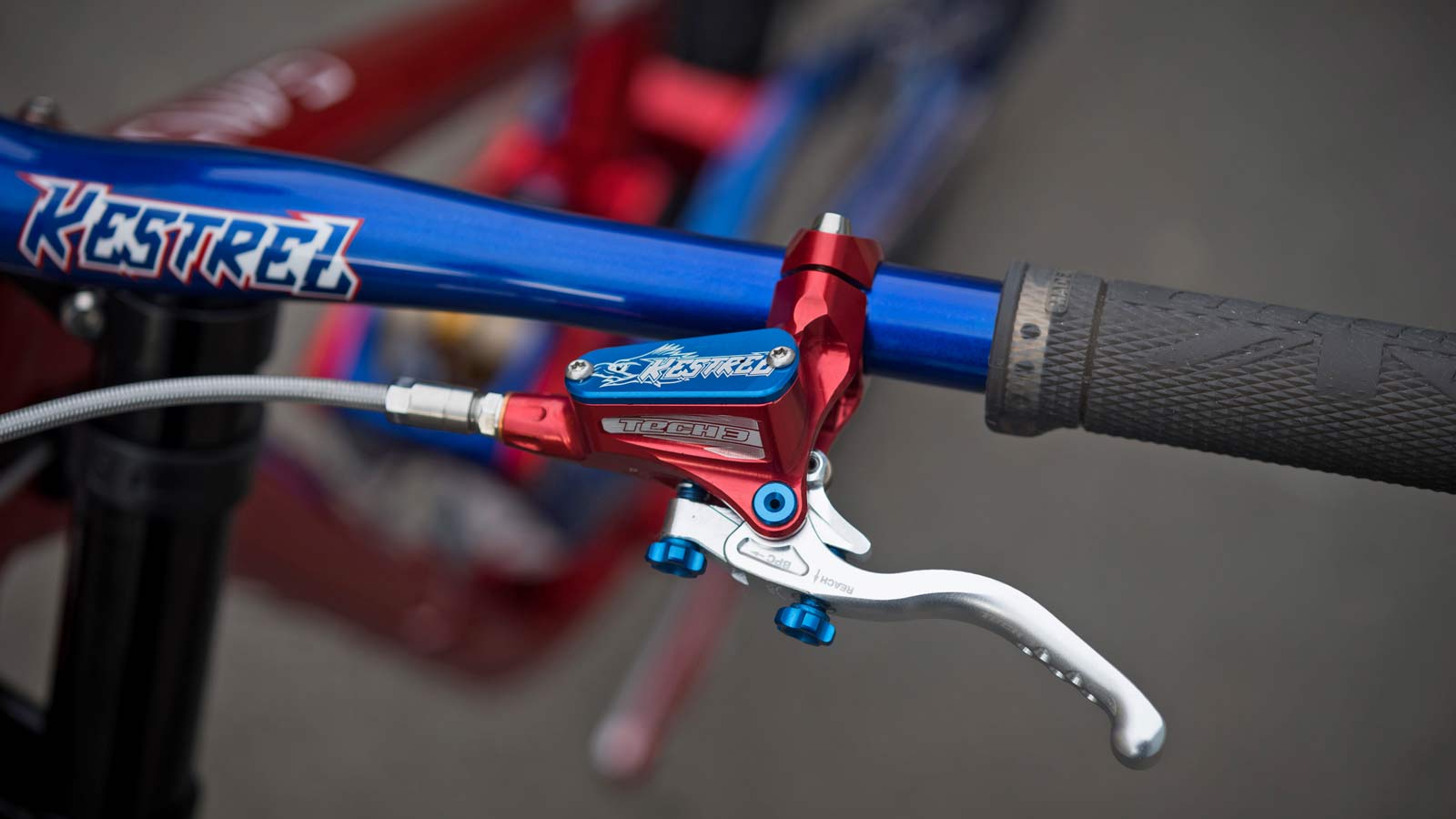 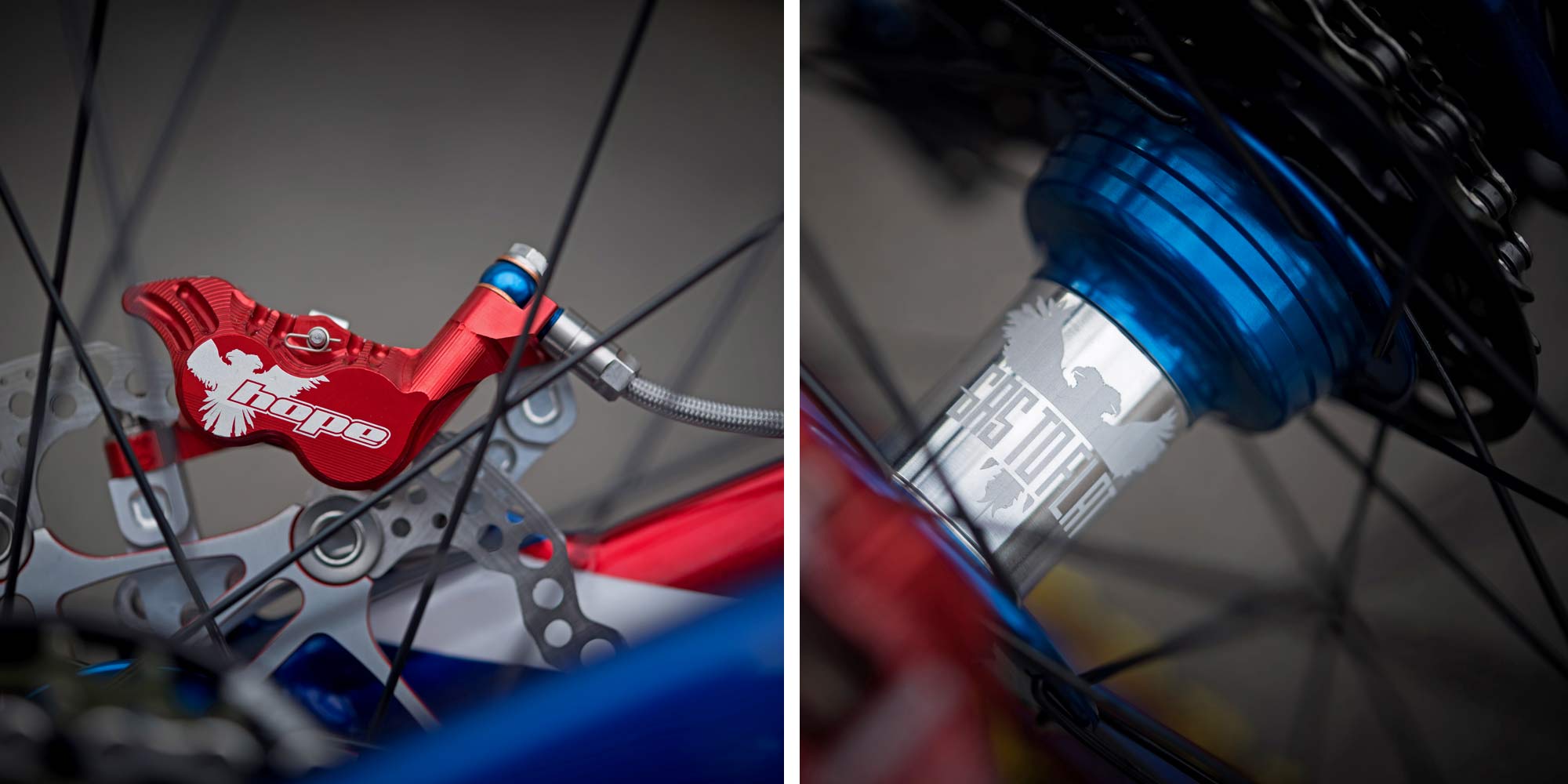 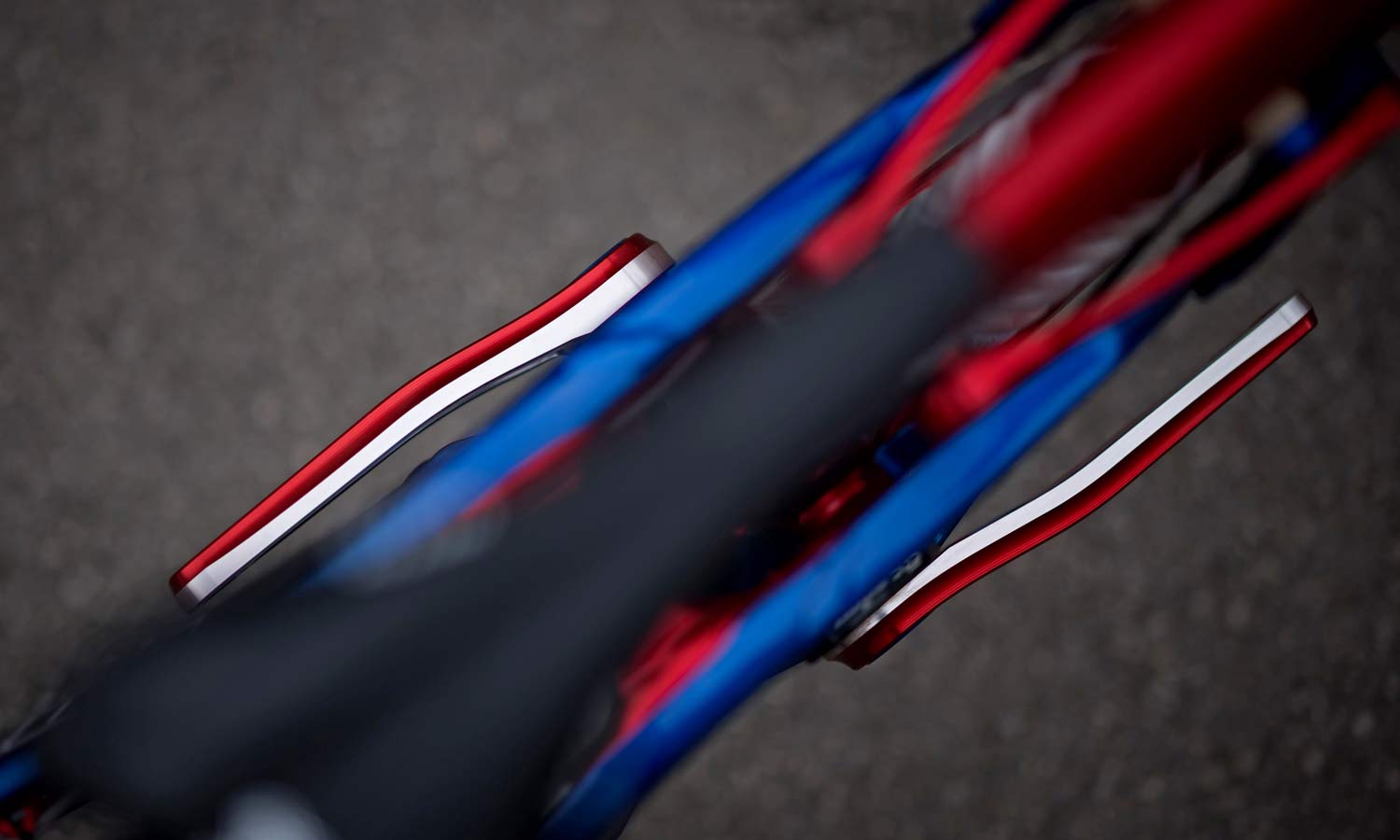 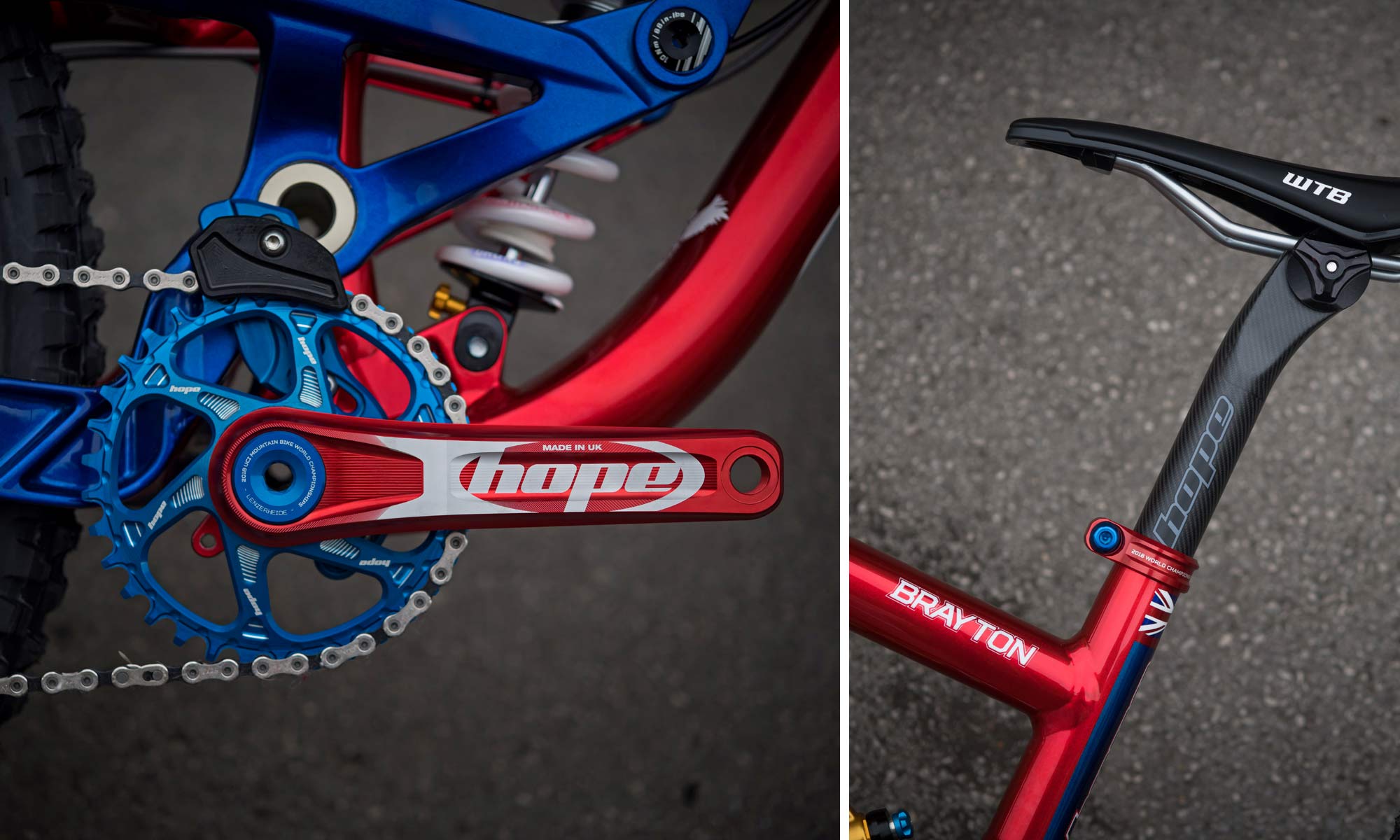 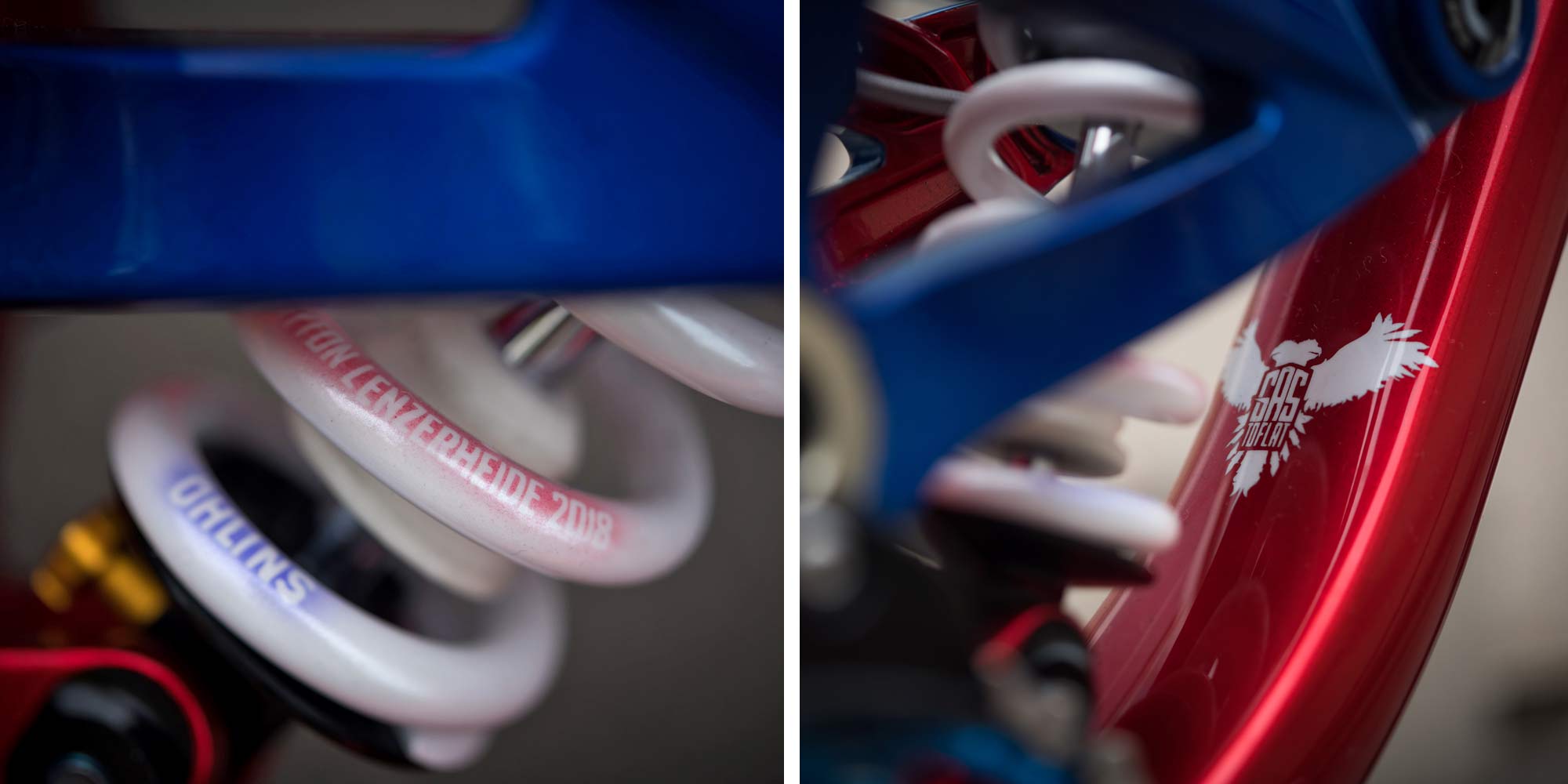 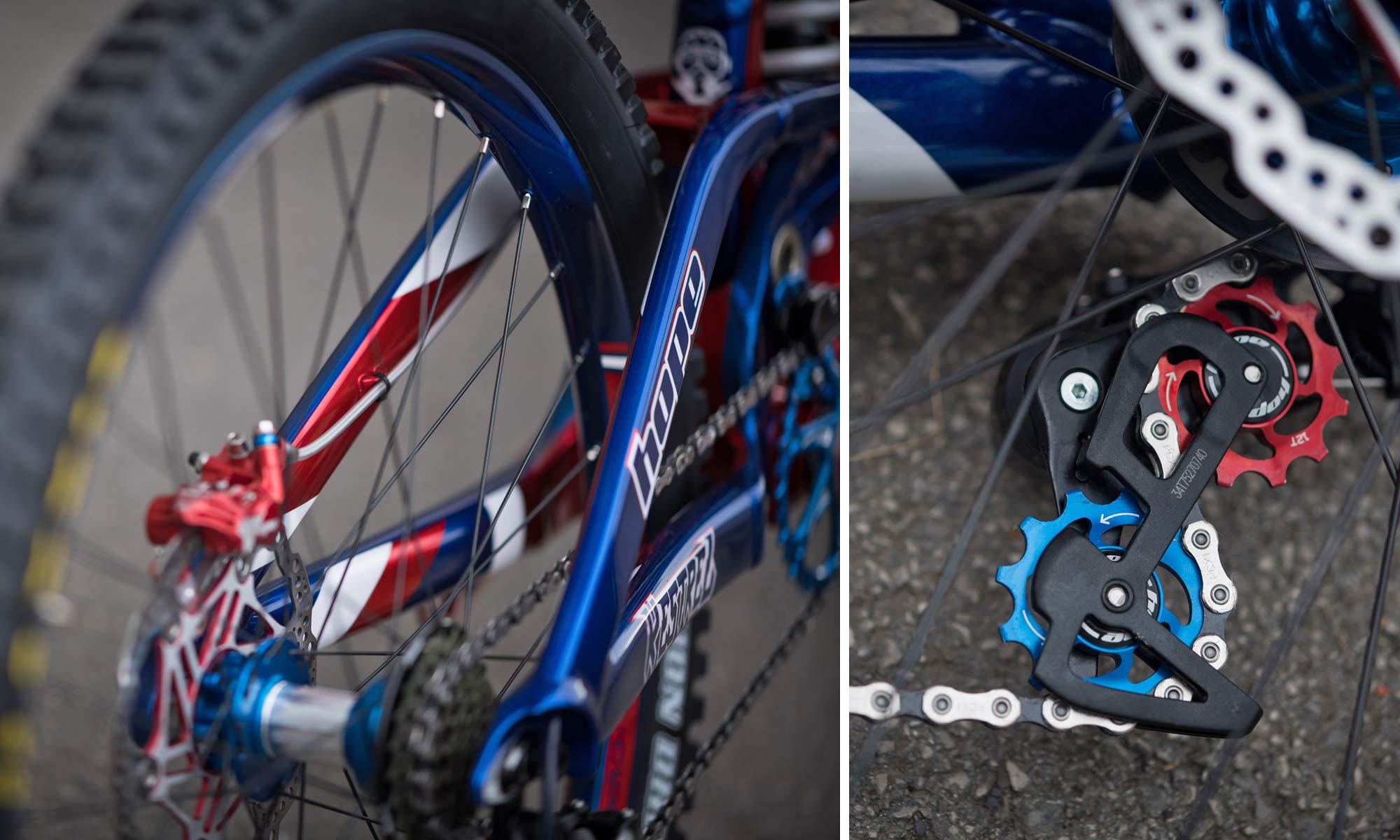 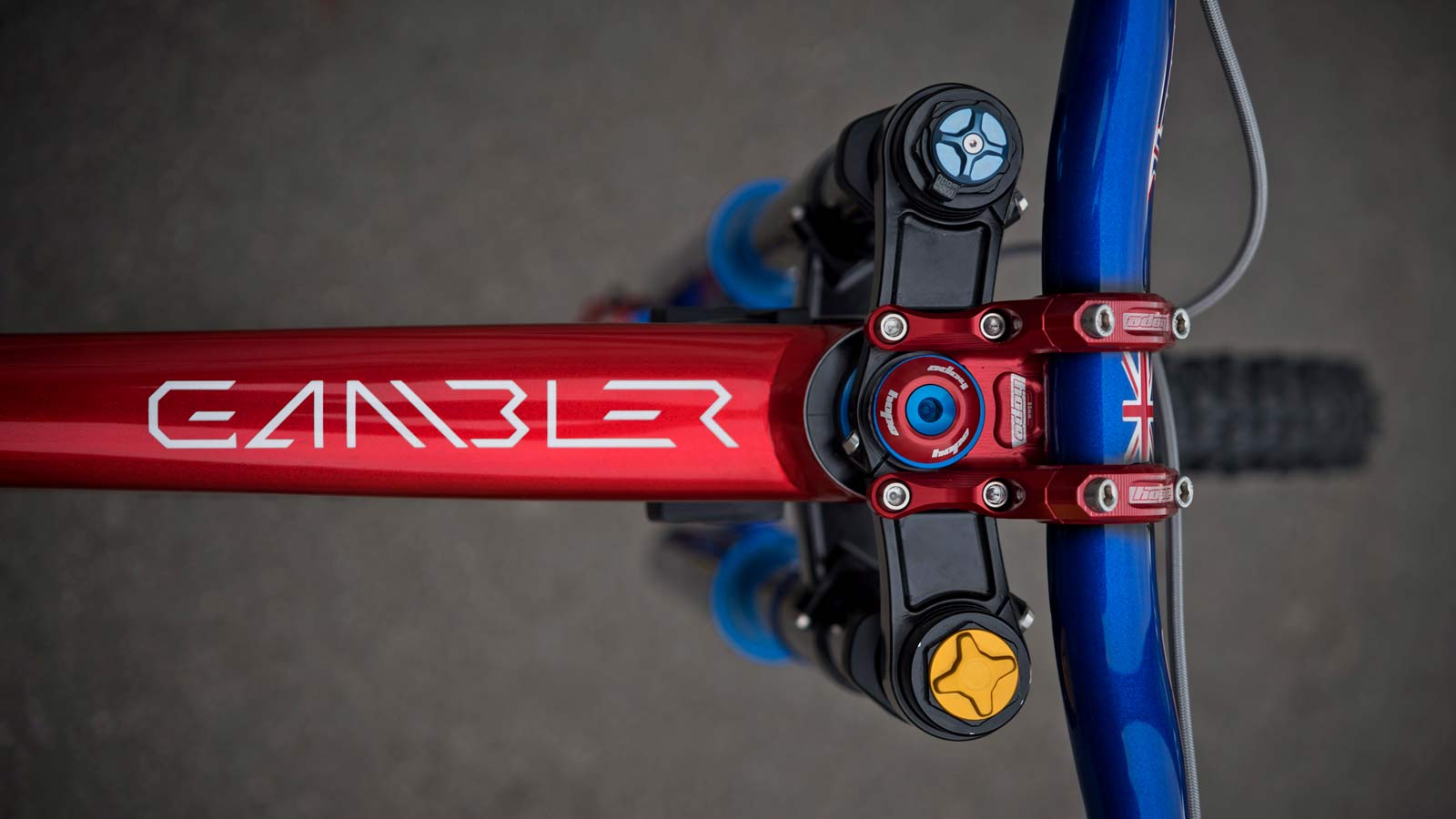 Englishman Brayton’s Gambler is fully decked out (Hoped out?) in red, white & blue King’s Colours thanks to the fellow Brits of Hope Technology. Everything gets super matchy anodizing, down to his ‘Gas to Flat’ nickname wrapping his hubshells and his ‘Keswick Kestrel’ on his brakes. For a bike that sticks with such a relatively limited color palette, it really is the custom Hope anodizing and custom Fat Creations paint that makes this a bike you could geek out over for a long time. 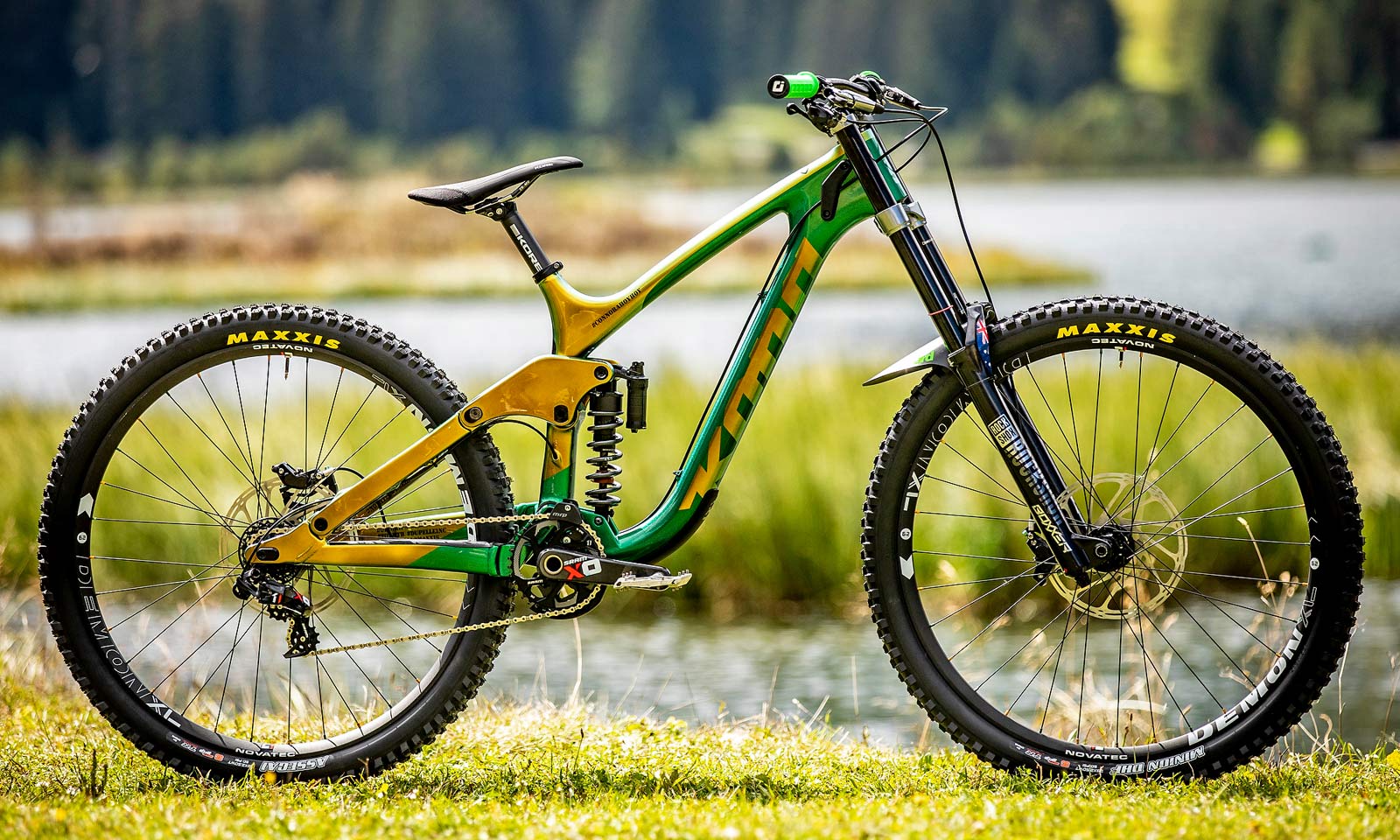 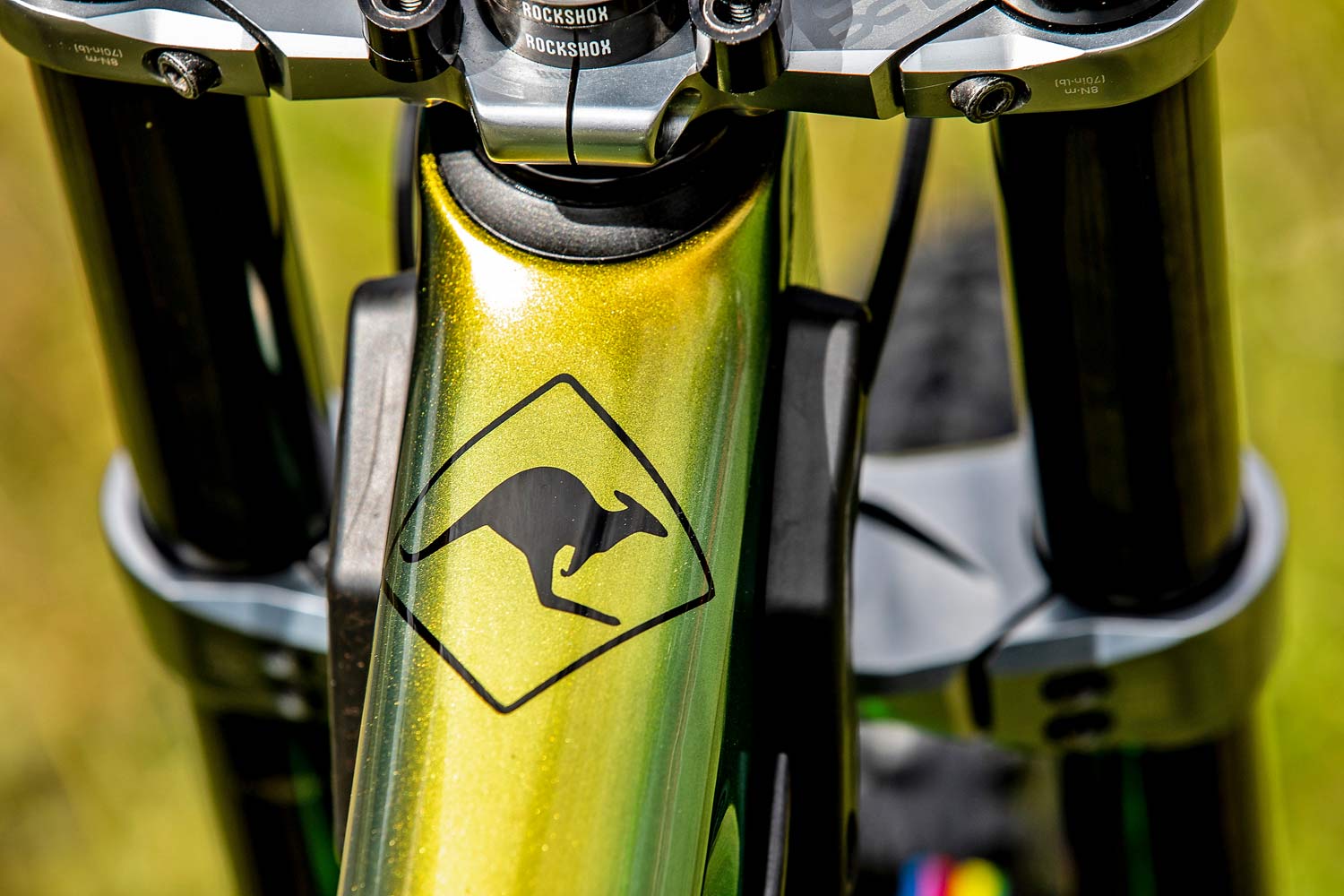 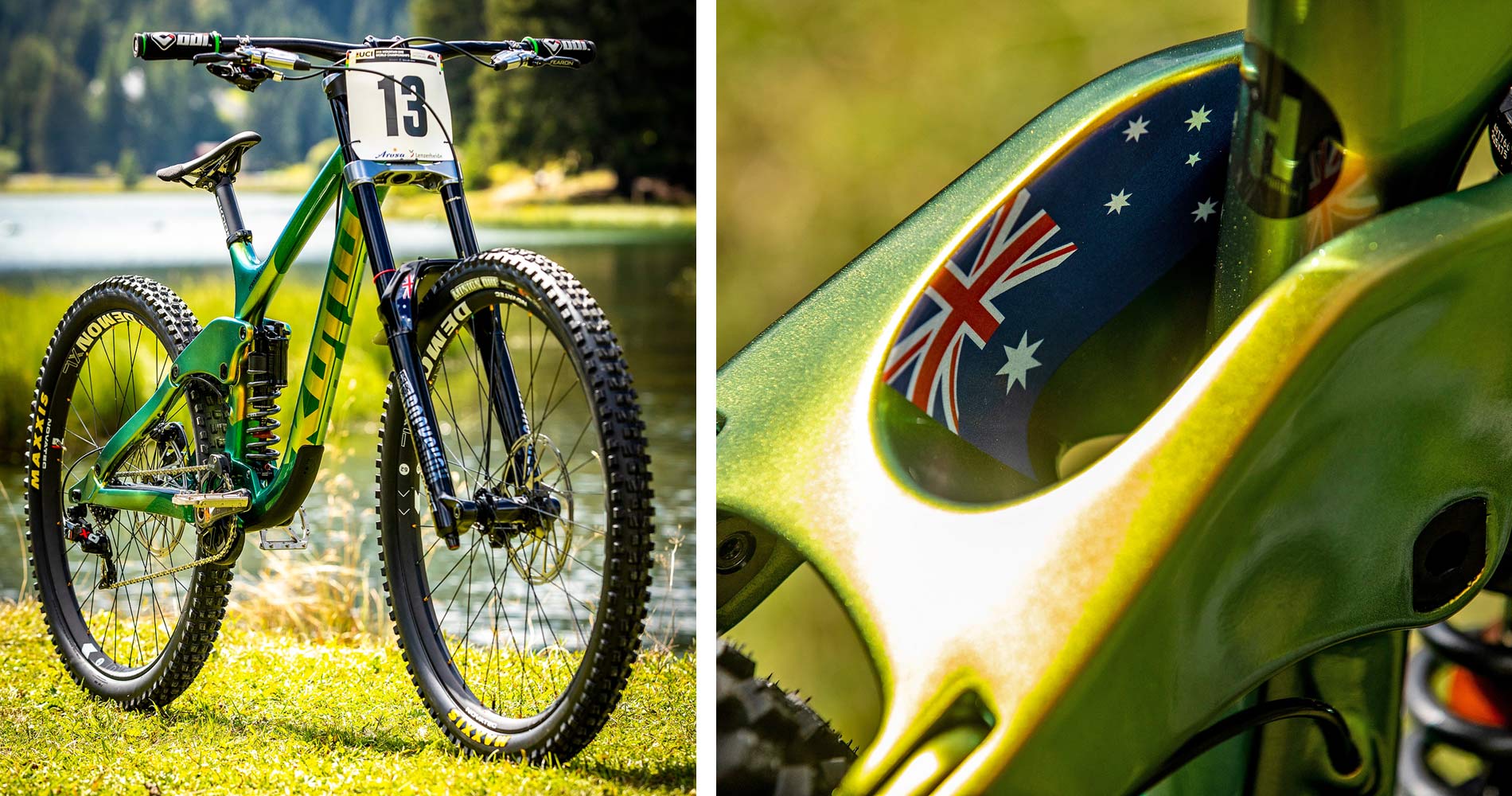 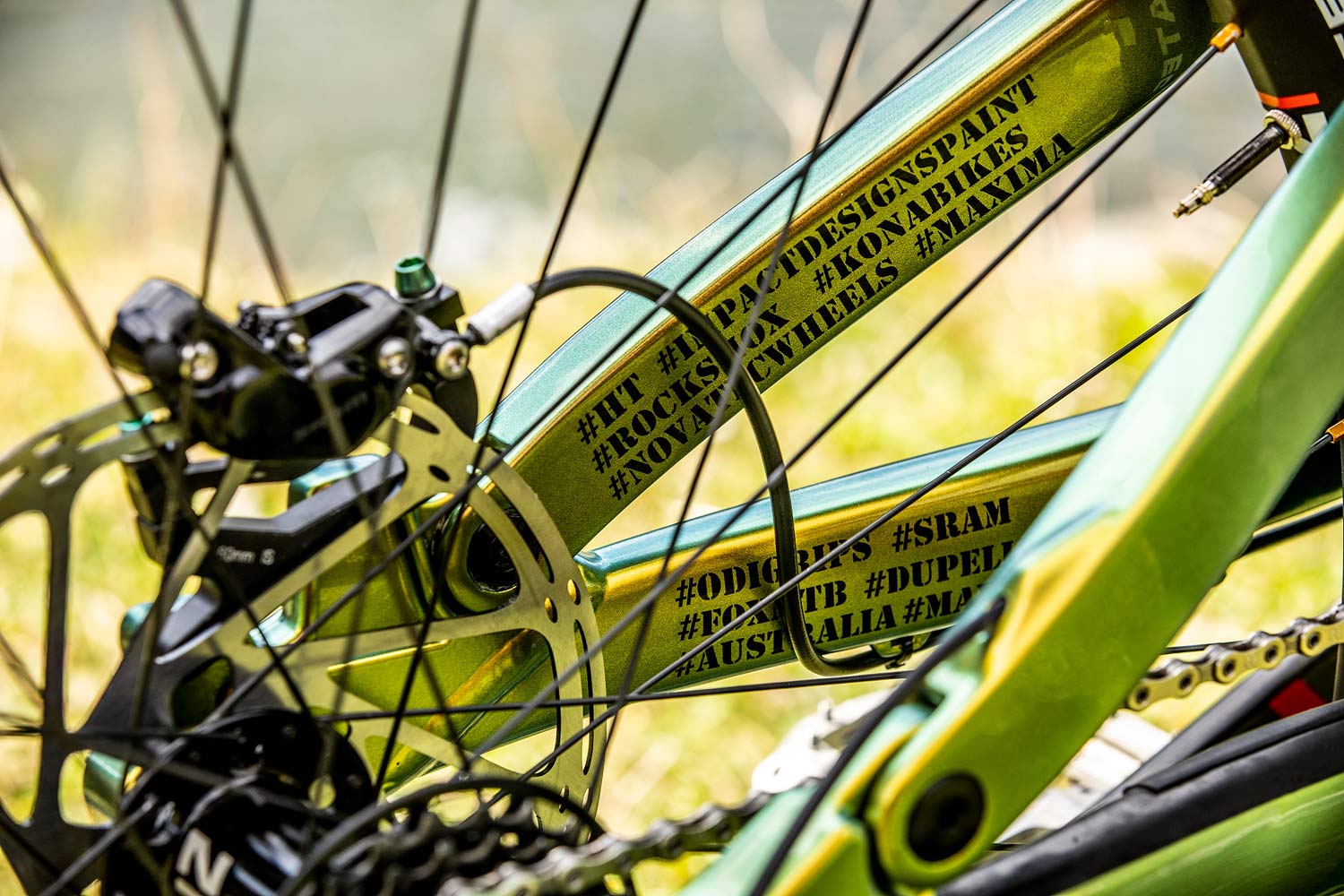 Connor Fearon’s World Champs whip is about as low-key as shiny, sparkly Australian national green & gold can get. Dubbed his Roo Shooter, the gets more subtle detailing, and all the hashtags so you don’t miss any Instagram followers.

Have a look back at Part 1 for custom DH  rigs from Devinci, Intense, Saracen & S-Works!

Follow along live at the DH World Champs over at the UCI or Redbull feeds. Elite DH Qualification is today, with finals all day Sunday.

That Scott Gambler, with its custom brakes and pulley wheels, really shows dedication to the “custom” aspect

I’m not into DH I’m a roadie. But I’m I’m tech geek & those bikes are quite simply BEAUTIFUL!

That Scott gambler takes the cake for me, absolutely stunning and immense attention to detail.