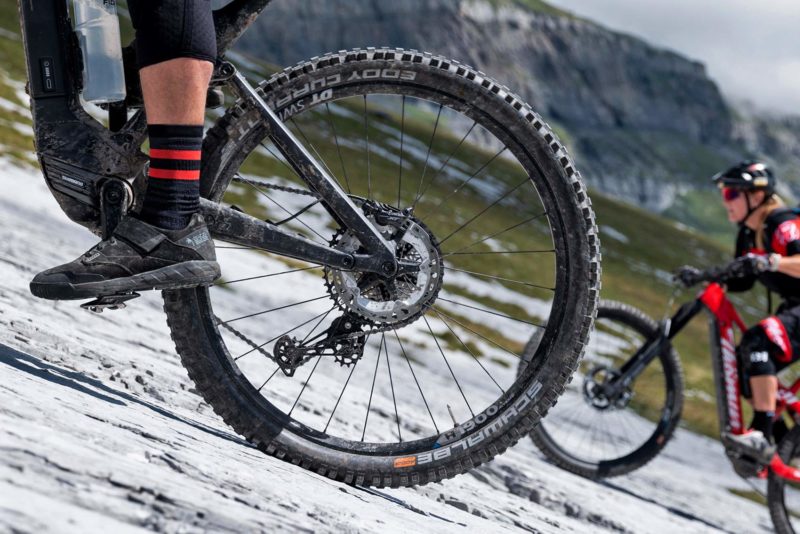 New DT Swiss Hybrid eMTB Ratchet & Ratchet EXP hubs and complete wheelsets get a heavy-duty overhaul to better handle the increased stress and higher loads imposed by heavy e-bikes. It’s no secret that e-bikes are heavier than regular bikes. Then, putting additional power into the drivetrain, even higher forces go into e-bike wheels to get up to speed, with higher forces again to slow them back down. So DT Swiss has “upbuilt” their new Hybrid e-road and eMTB hubs & wheels to better handle the extra abuse… 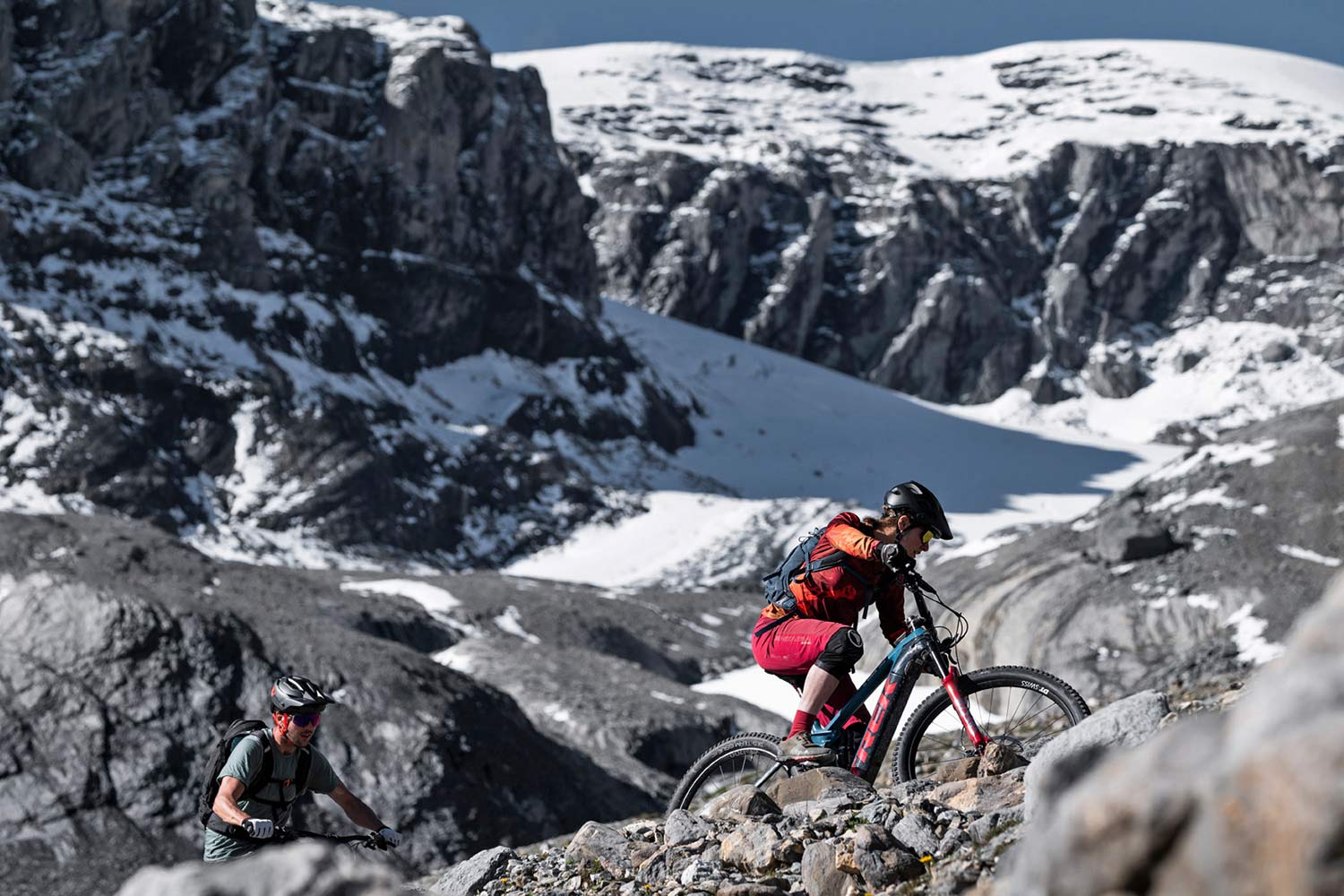 Starting with the most obvious point, when DT Swiss launched Hybrid e-bike wheels in 2017… the max torque output of an eMTB was 70Nm, batteries topped out at 400Wh, and real e-MTB or e-Enduro racing wasn’t really a thing. Now, most premium 250W motors put out 85Nm of torque, many e-bikes have half as much more range with 650Wh batteries, plus e-EWS racing has gotten serious and there’s even a UCI e-bike World Champion now. No surprise that it was time to build tougher DT Hybrid e-bike wheels & hubs.

So what’s new? And what’s improved? 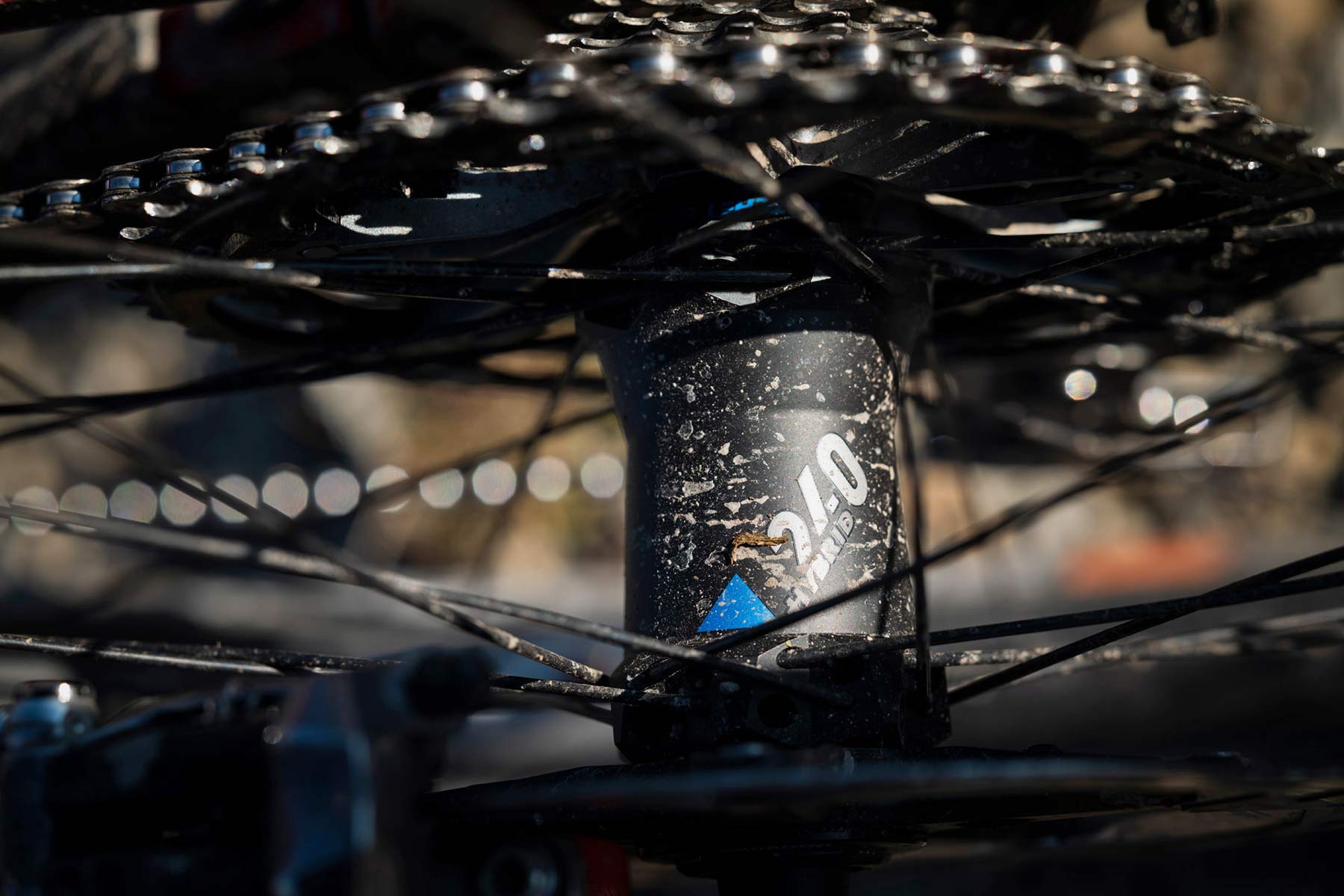 DT says they had to rethink every component of their Hybrid e-bike wheels to make them stronger & more durable. And increased their testing protocols to make sure the new wheels better perform under higher stresses, most often with higher 150kg rider & bike max system weight limits.

Starting with the Hybrid hubs, DT Swiss redesigned bigger, ticker hubshells and individual internal components of their core hubs to better manage the increased rider+motor power transfer, to better withstand the higher braking forces of heavier complete systems, and to survive the rigors of eMTB racing. 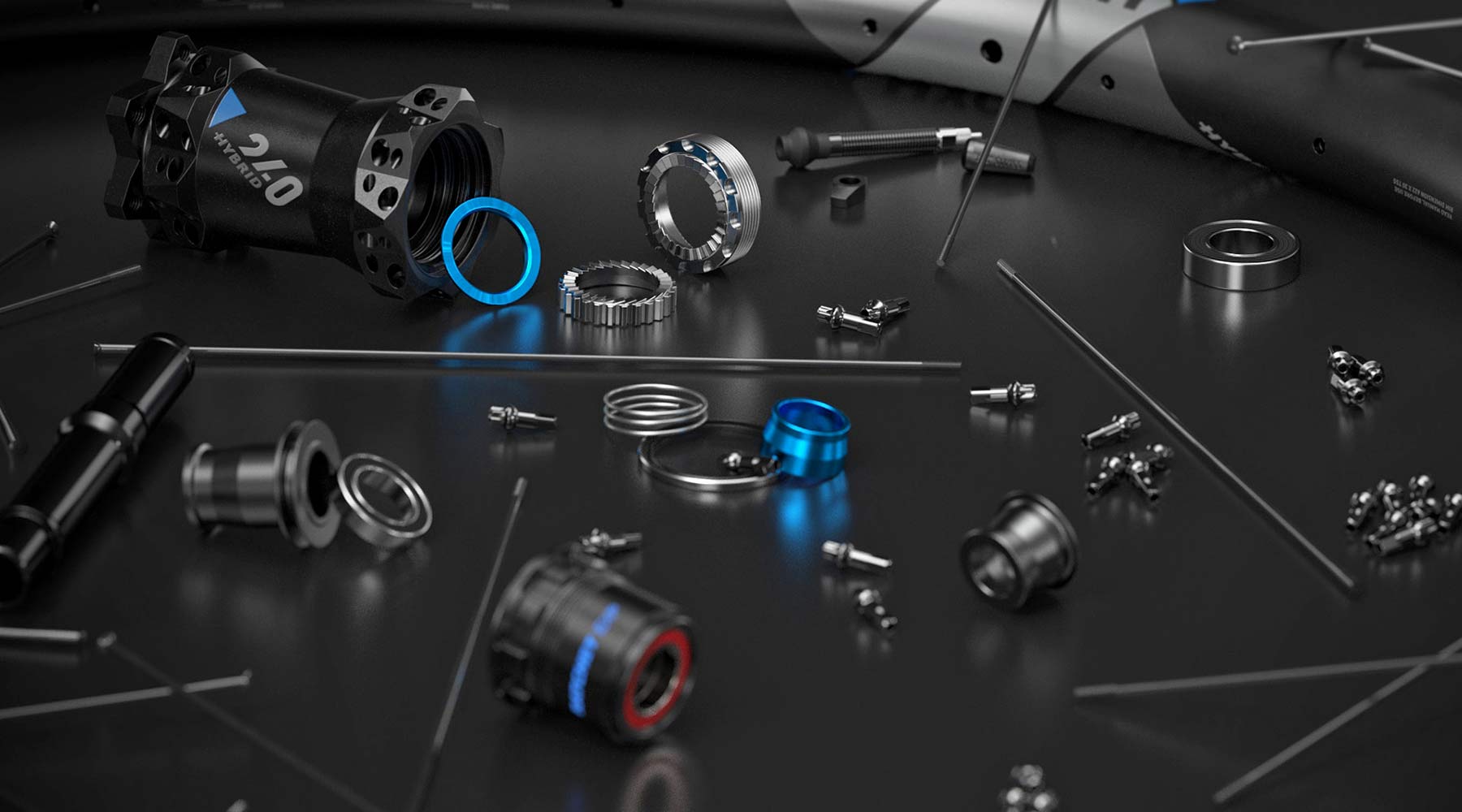 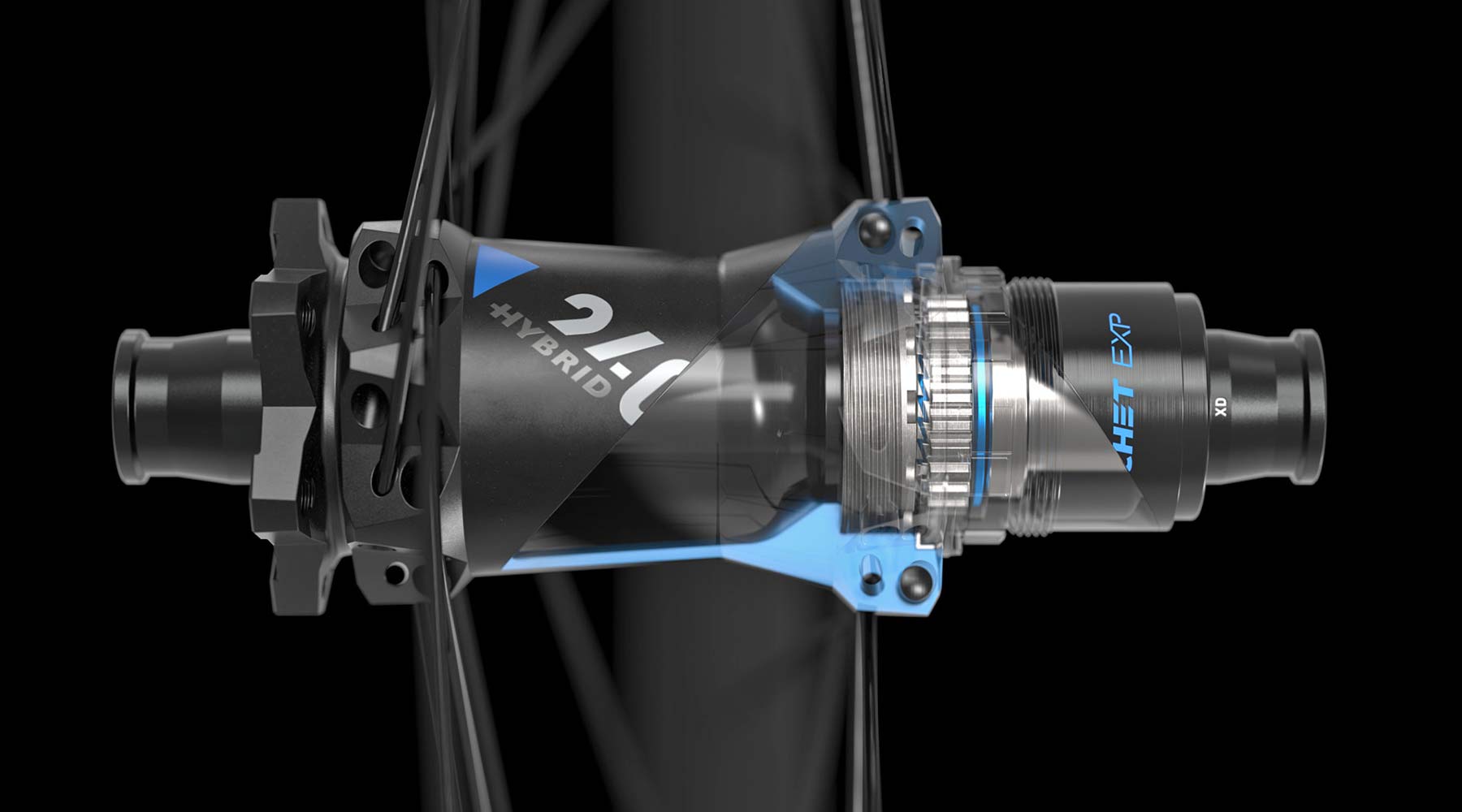 DT says they re-engineered each of the Hybrid freehubs systems – Ratchet EXP OS, Ratchet & Ratchet LN – to transmit the higher forces. Adding obvious blue ano details, Ratchet EXP OS (oversized) gets the biggest overhaul with a larger diameter set of Ratchet rings which allows for 30 of the same sized teeth (vs. 24 of regular EXP) for quicker engagement without loss of durability.

Oversized also means a 6.7% larger diameter M32 threaded ring and with it larger diameter bearings, larger balls inside, and more balls in total. Then, they also get increased axle wall thickness at the bearings for 18% more axle stiffness.

Lastly, all of the new Hybrid e-bike hubs now shift to hardened steel freehub bodies (with blue labels) for a more secure interface between the cassette and whatever Ratchet system is inside.

All this leads to improved distribution of the higher e-bike loads over a larger area of the oversized Hybrid hub. 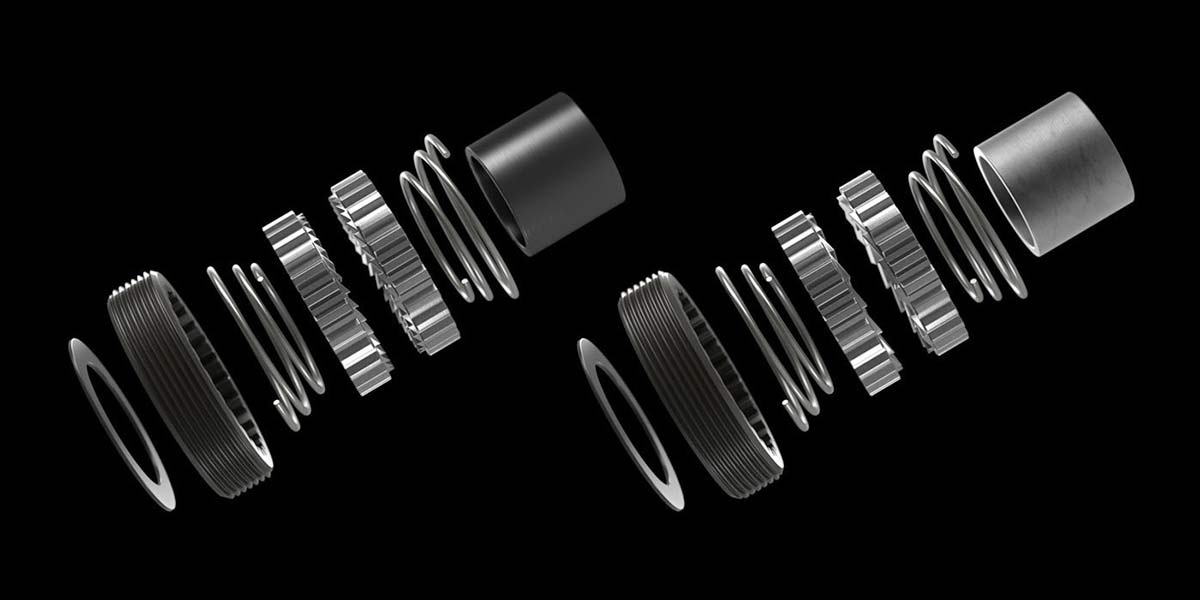 Then outside of hubs, spokes get thicker and rims get reinforced, again to withstand higher loads. The premium second gen Hybrid wheels scale up to spokes with 1.8mm butting in the middle and 2.34mm diameter at the ends (up from 1.6/2.0mm spokes). 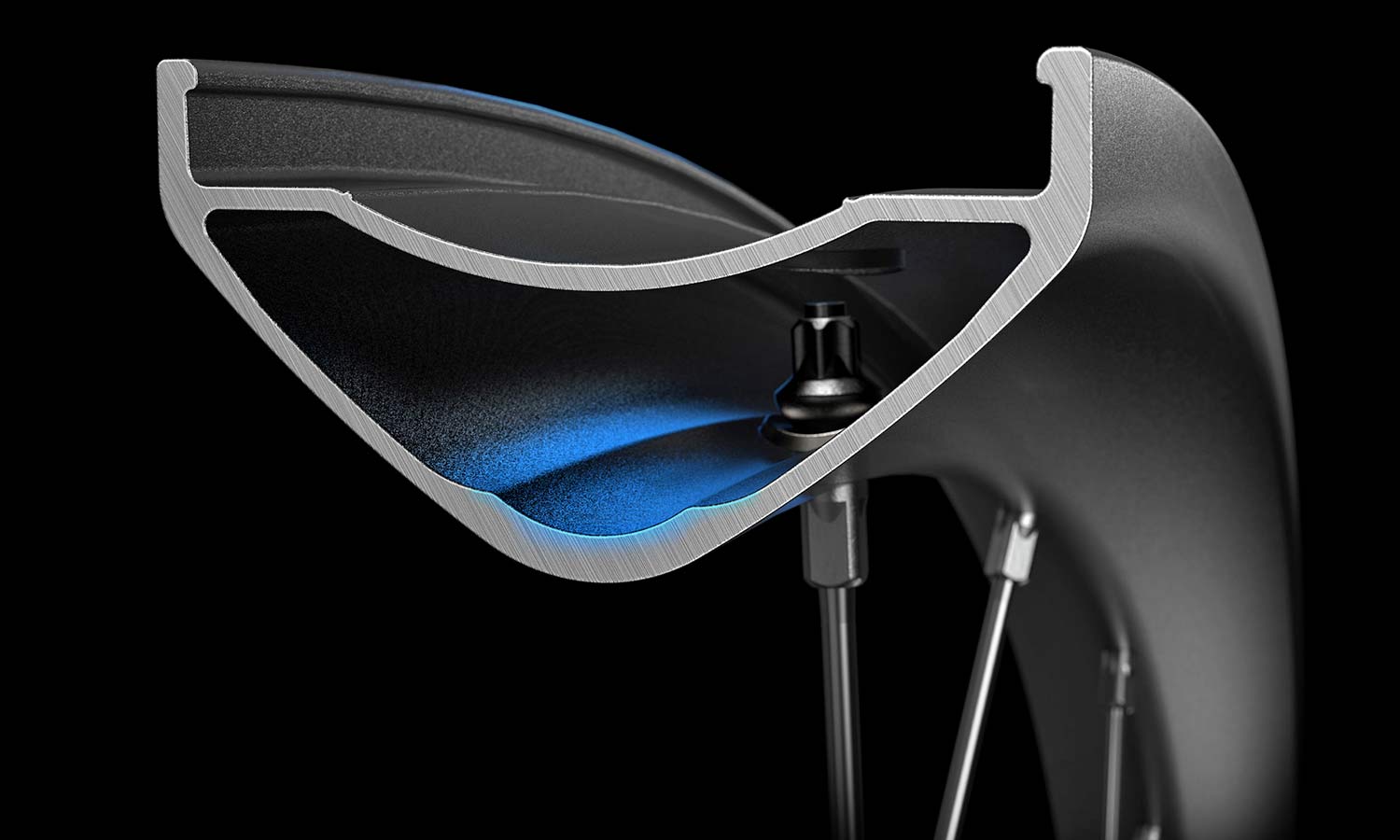 The Hybrid eMTB alloy get thicker extrusions in the spoke beds, while carbon rims are also designed for higher spoke loading. 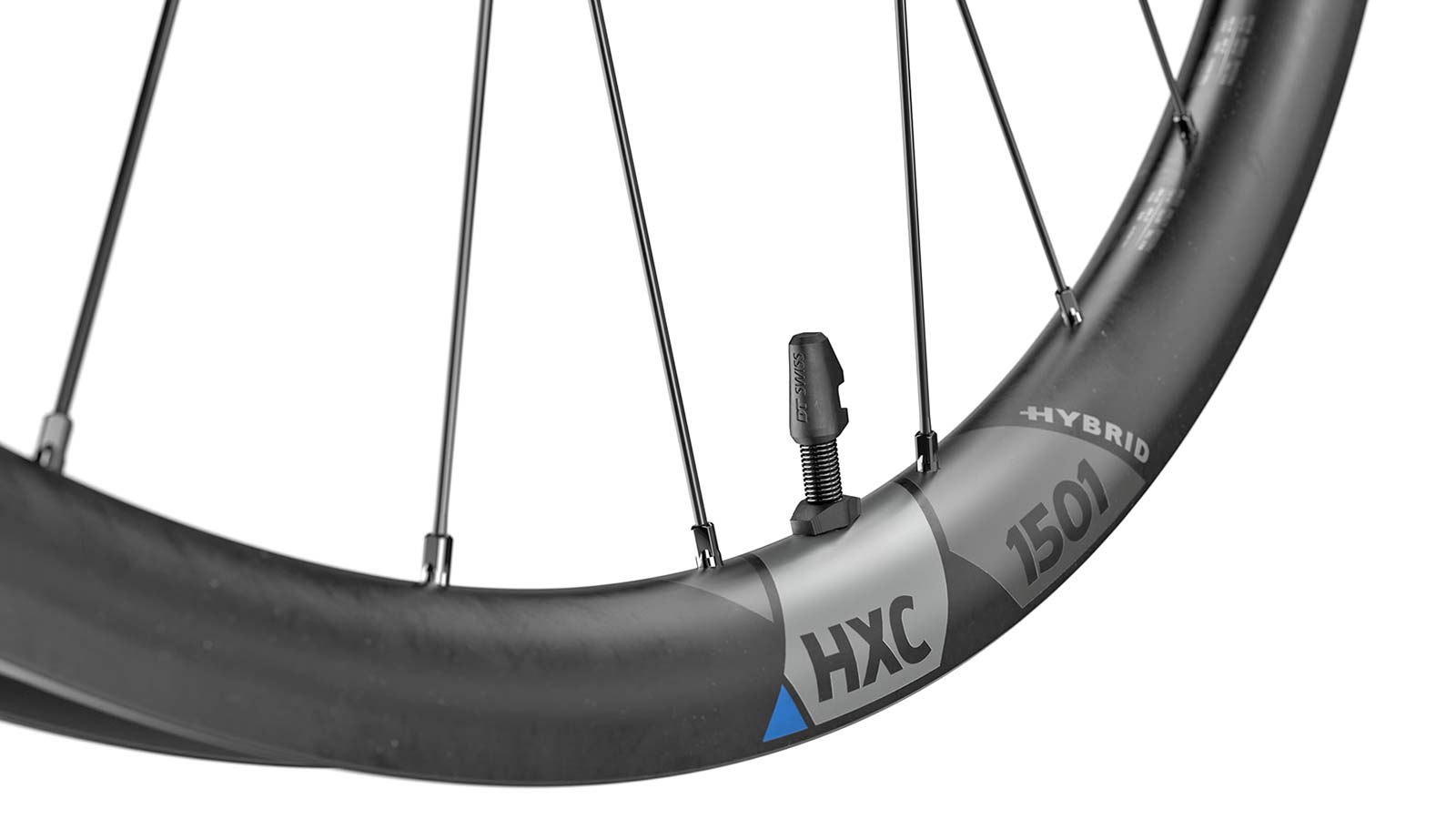 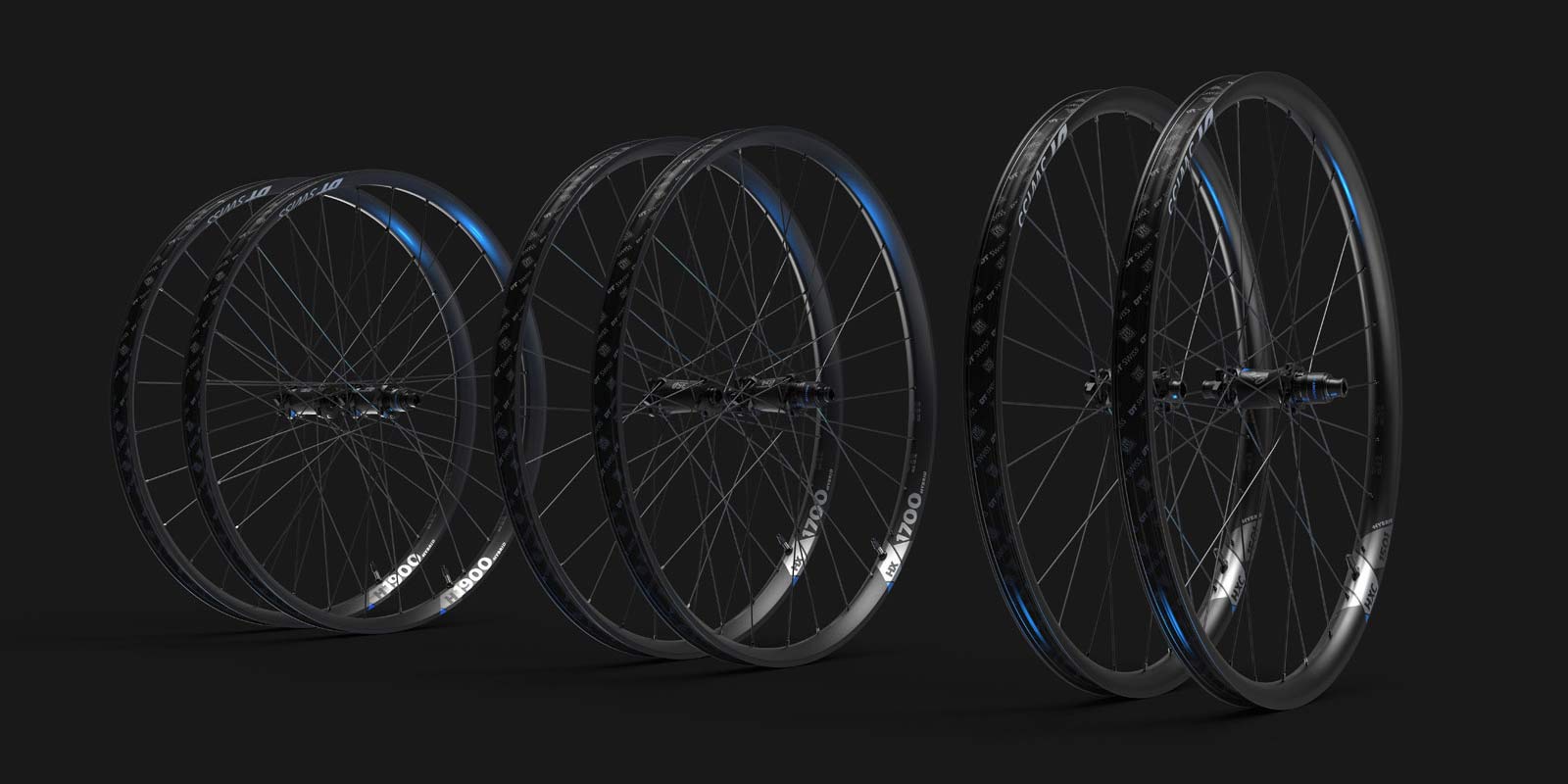 Much like all of their other wheel families, Hybrid eMTB gets wheels across three core levels, available in 29″ or 27.5″ versions or each. 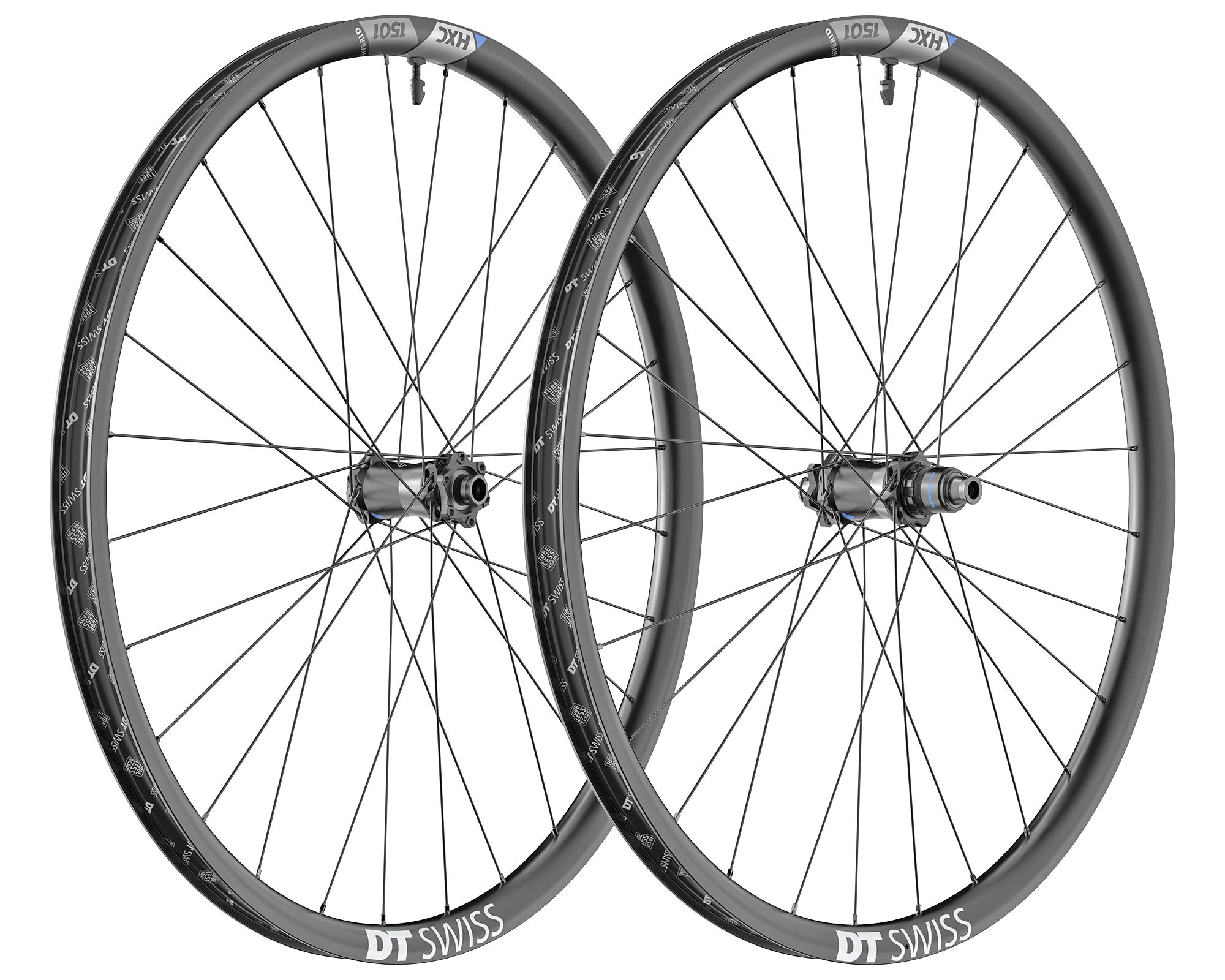 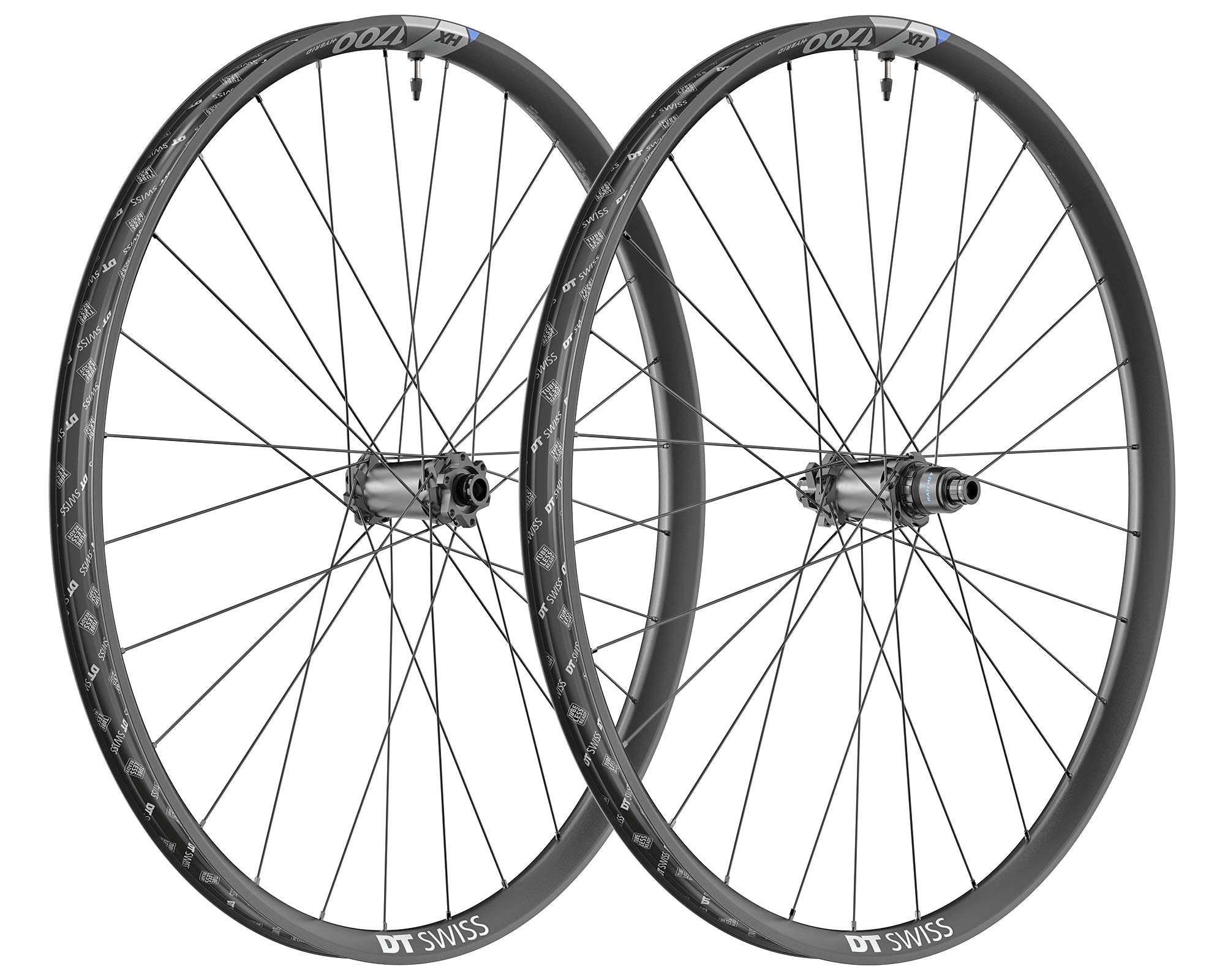 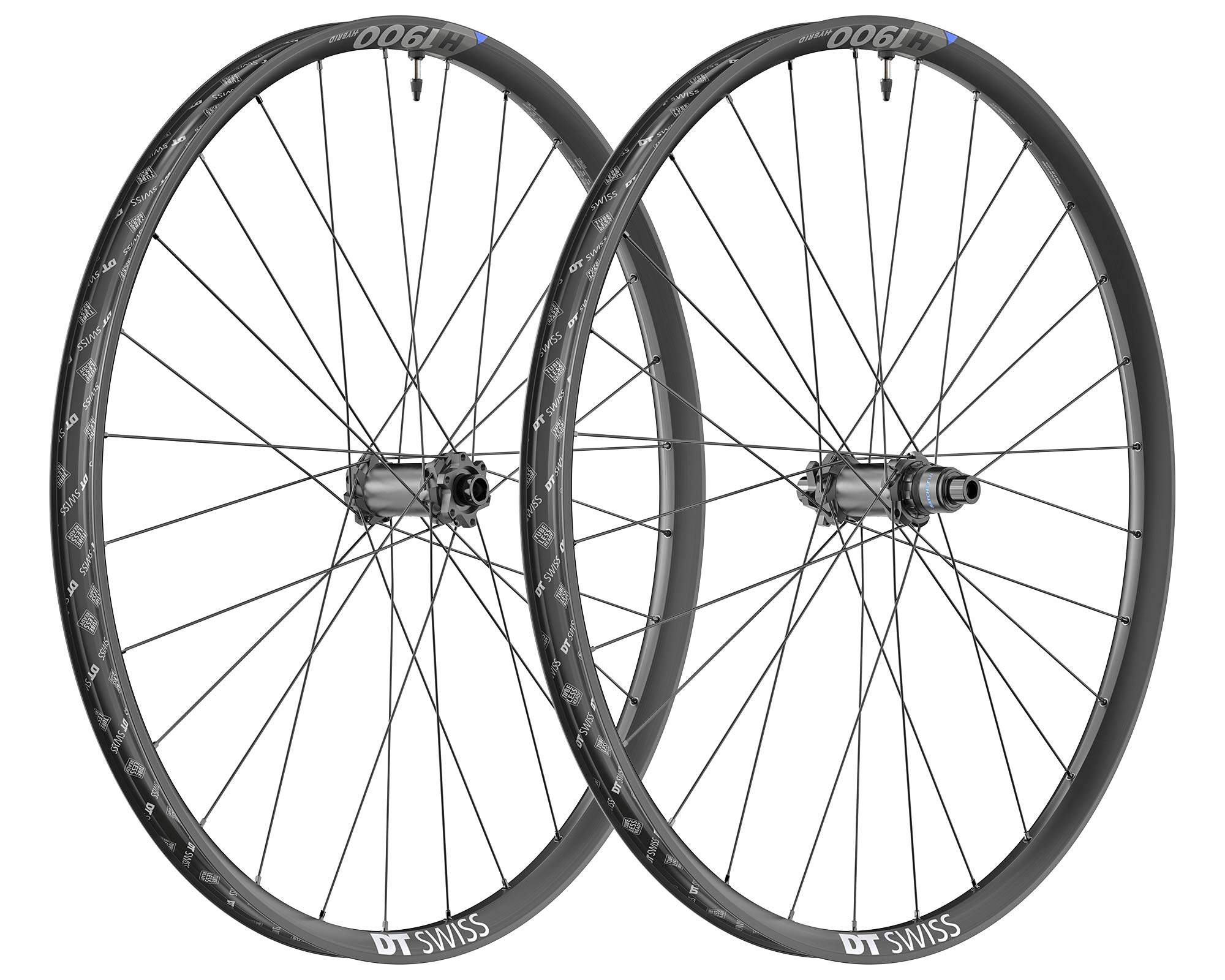 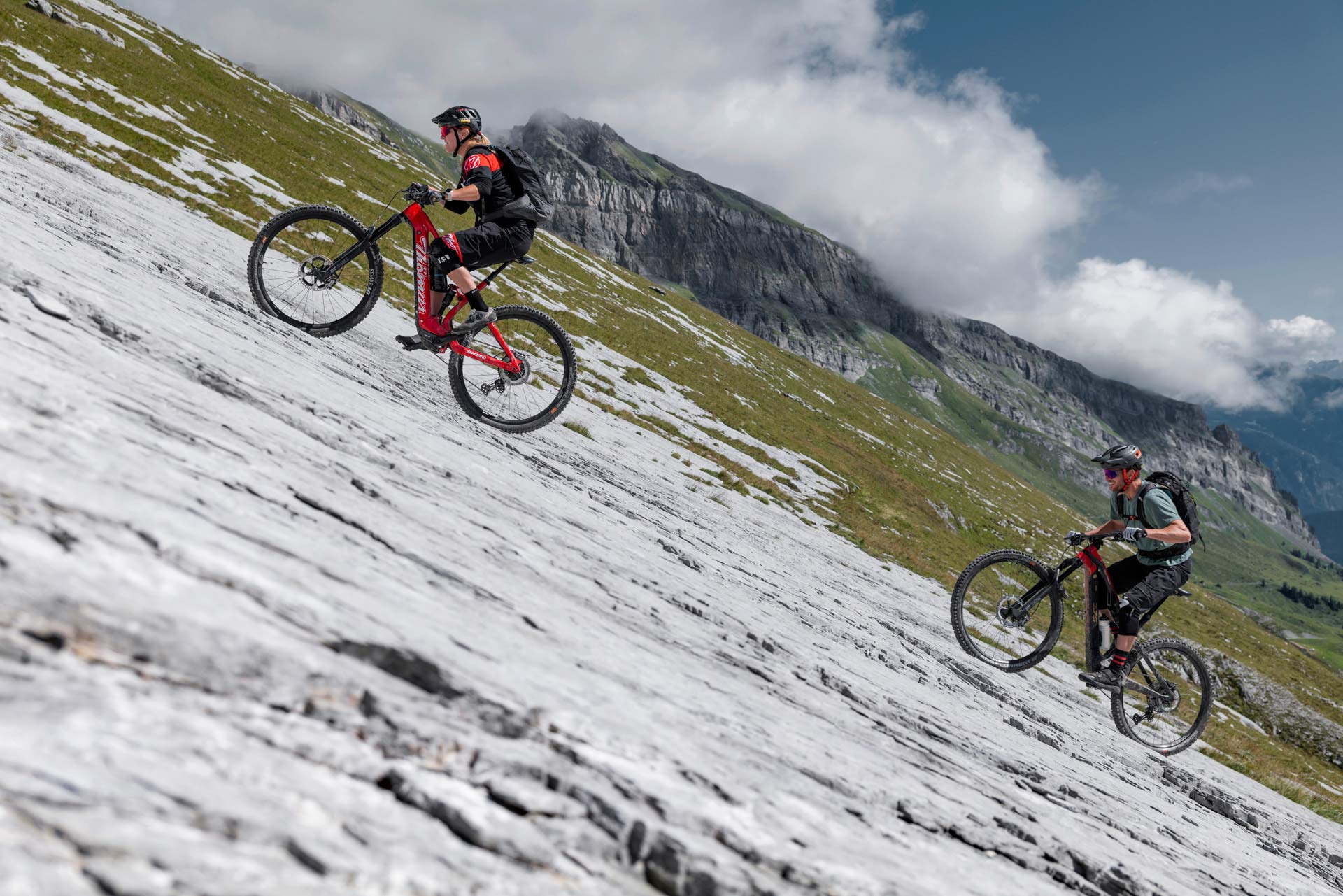 All three wheelset lines are available now to upgrade your current eMTB. No word yet, but we expect the upgraded Hybrid 2 hubs to also be available separately in the future.

These also look like they’d be great on any rough-duty trail or enduro bike.

I wonder if these would be ideal wheel upgrades for a tandem? They sound like they would be able to take the weight and power output of a tandem team.