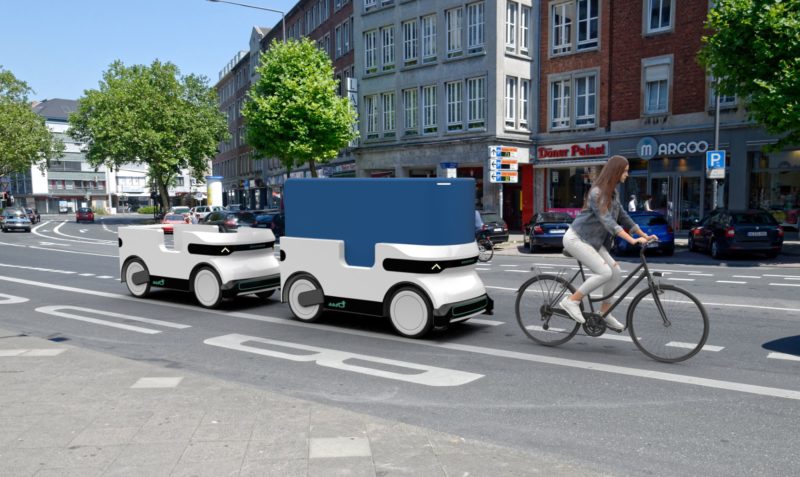 That’s right; a German startup called DroidDrive is in the process of engineering a small trailer that can follow a bike without being physically attached to it. The semi-automated LiDAR-detecting trailer is called Ducktrain (be honest, you think the concept is cute) and it’s currently in the prototype phase.

In a Ducktrain setup, the trailer communicates with the “tow” vehicle, which can be anything from a bike to a small car. Then, it simply follows the leader. As the name suggests, a train can include multiple Ducks — up to five, the company says.

The exact release and model details aren’t yet known, so it’s hard to tell how Ducks will impact the consumer market. Currently, the company focuses most of its attention on the platform’s utility for urban deliveries and drop-offs. It posits Ducktrain as a solution for cities where truck delivery is cumbersome and/or prohibited. 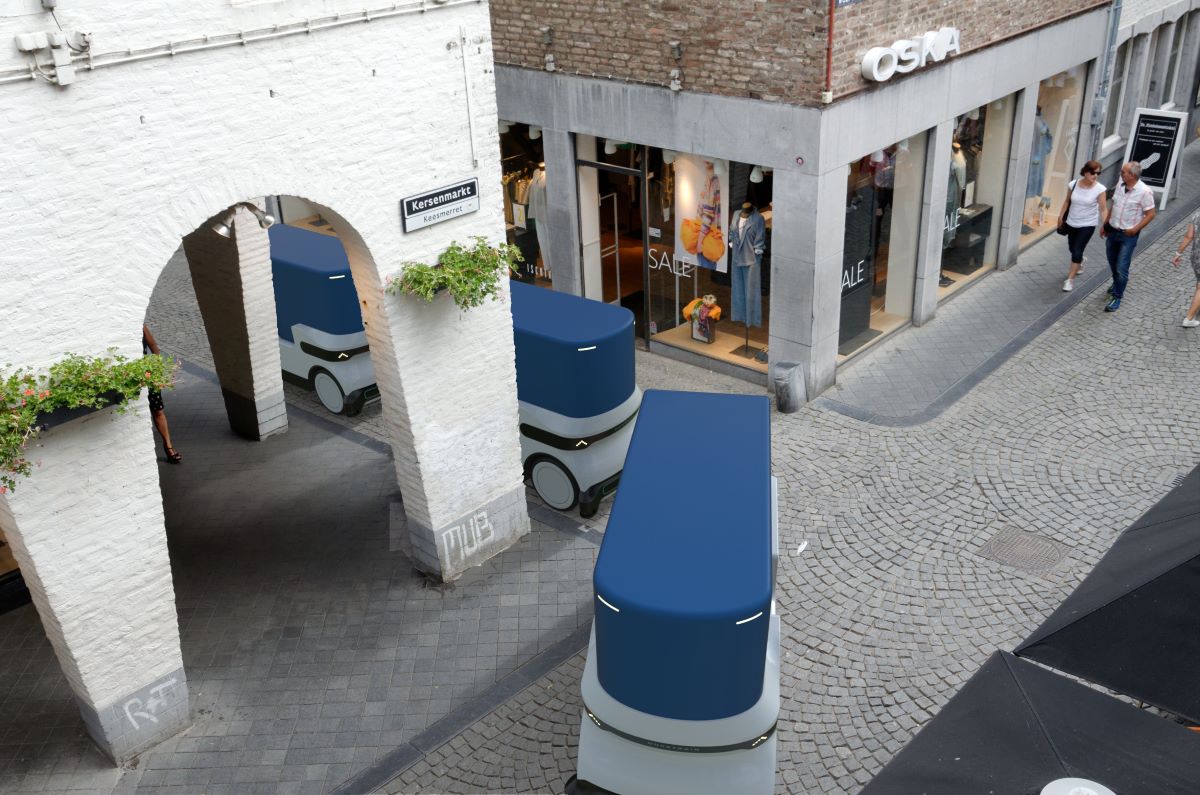 “Ducktrain is the answer to the question that many logistics companies ask themselves: how should they deal with the fact that less and less truck traffic is permitted in cities, but at the same time the need to bring goods into the city center is increasing?” said Markus Werle, DroidDrive Co-Founder and CTO. 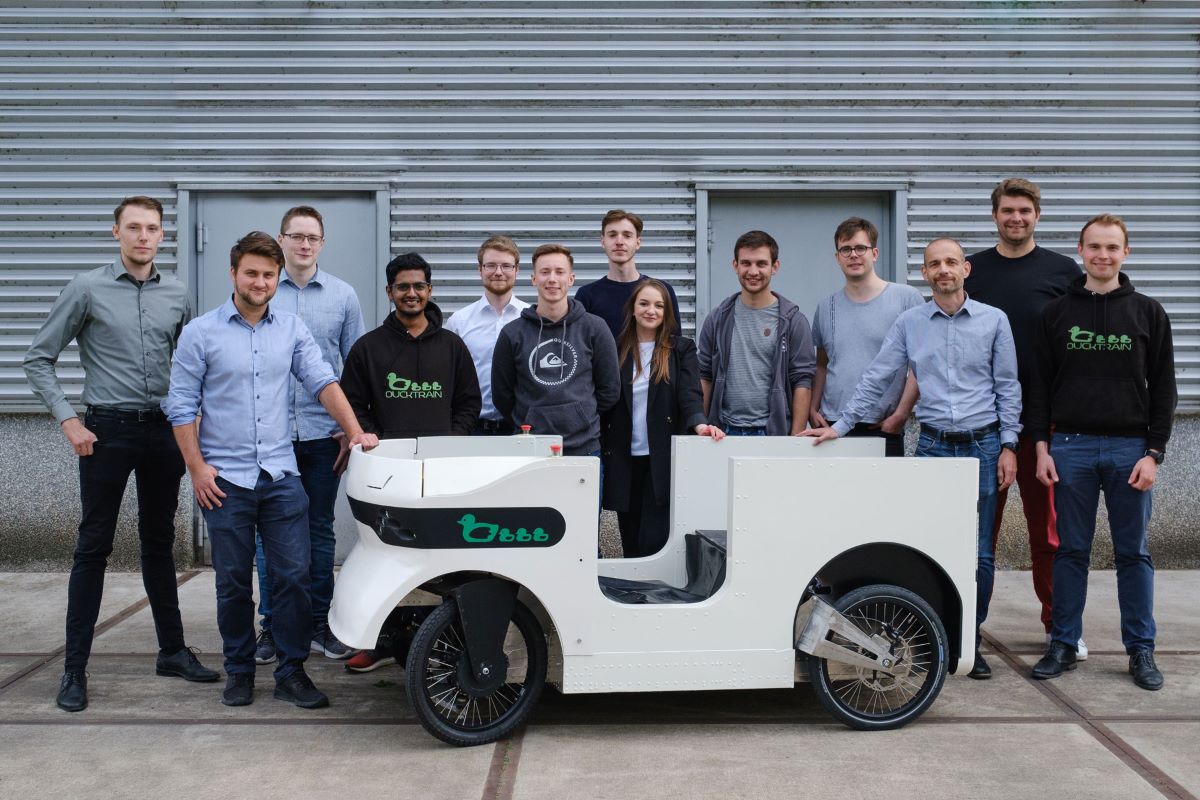 It looks like an efficient system; a single Duck is only one meter wide, which means it can fit in standard bike lanes. Despite its diminutive size, it can carry payloads up to 661 lbs. in a space big enough for a European standard pallet. Don’t expect to race traffic if you’re towing one; the top speed is a modest 19 mph. 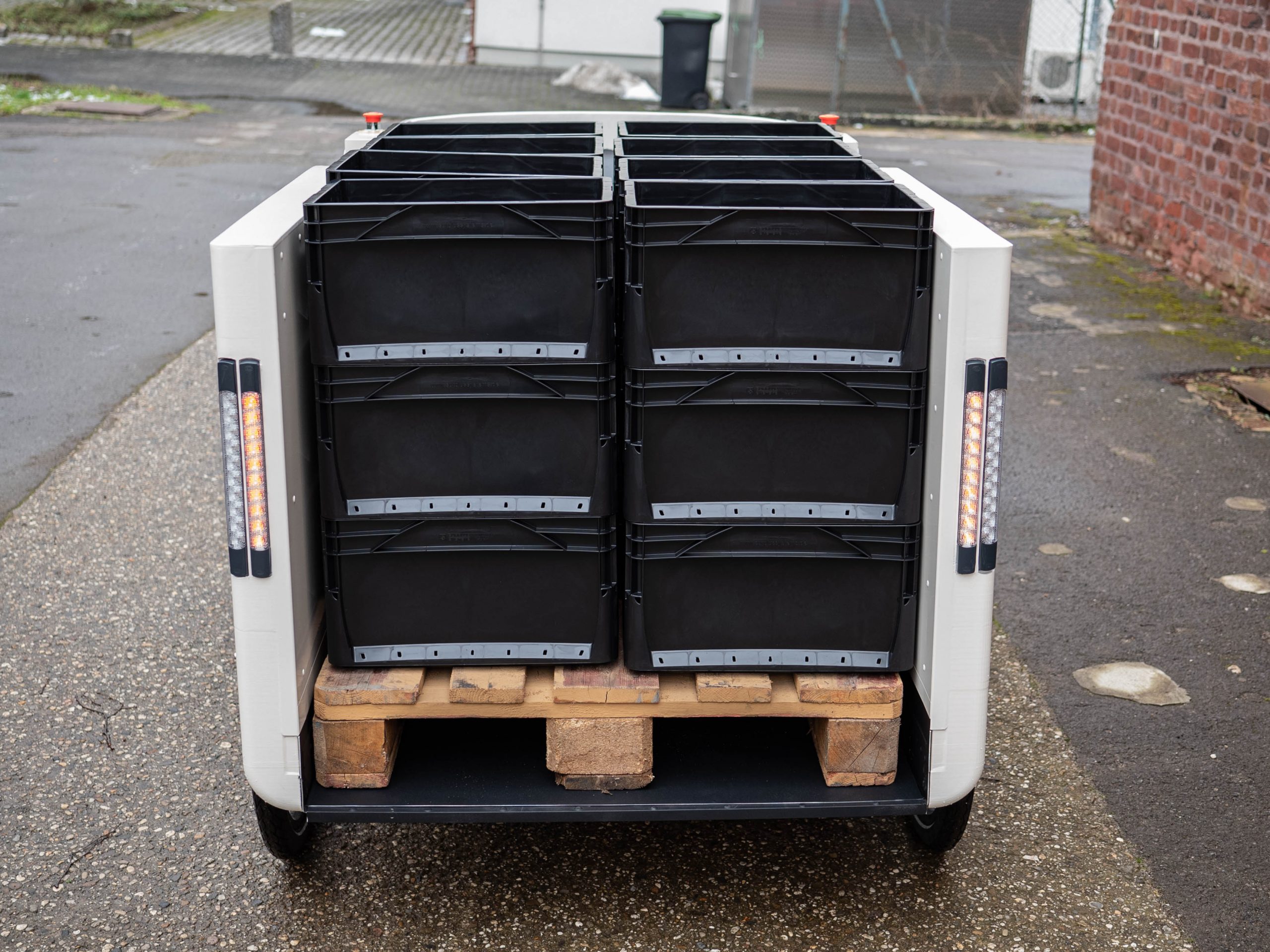 All existing information from the company points specifically toward commercial use, so it’s unclear whether Ducktrain will take off for individual consumers, or as a taxi system. For now, DroidDrive focuses on last-mile food, parcel, and general delivery uses. 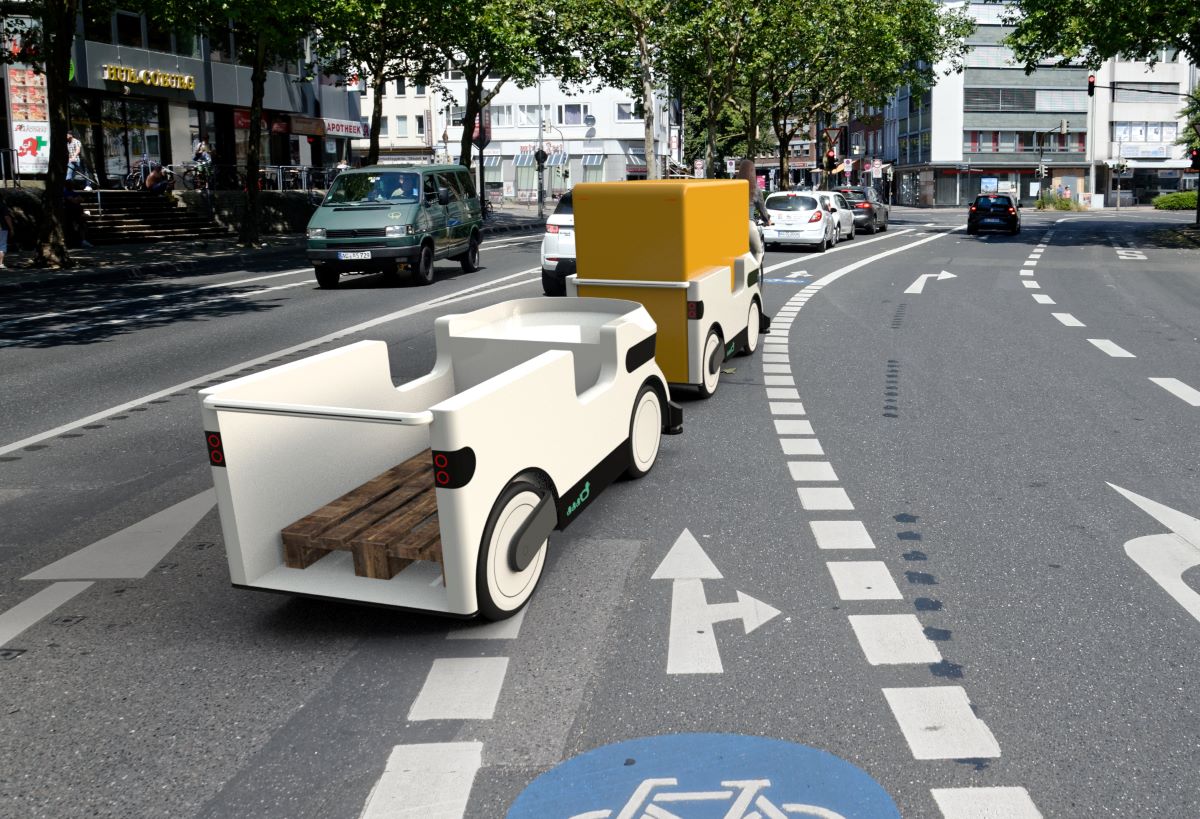 Measuring the expense of Ducktrain against the costs of commercial delivery is one thing, but assessing it for personal needs may be quite another. Though the company hasn’t stated an MSRP yet, one outlet reported that renting a Duck could cost $587 per month. But if you’re curious, DroidDrive is taking inquiries and pre-orders. Delivery starts in late 2022.

JFC Engineers, stop swapping things that work for things that will fail. Just because you can, doesn’t mean you should

This is exactly the sort of mentality that curbs and halts technological progress in this world. It’s free world, people have an idea, it’s their right to follow through with it. How do you know that this will fail? Instead of trying to predict the future, you should try stepping out of your comfort zone for a change. Yes, you should. You should, because you can. Who knows, you may even like it.

That’s exactly the same mentality naysayers had when the Wright Brothers were attempting to build the first working airplane.

I think it’s a great idea & hope it is more for the use of the ebicycles that are now in wide use around my local town.