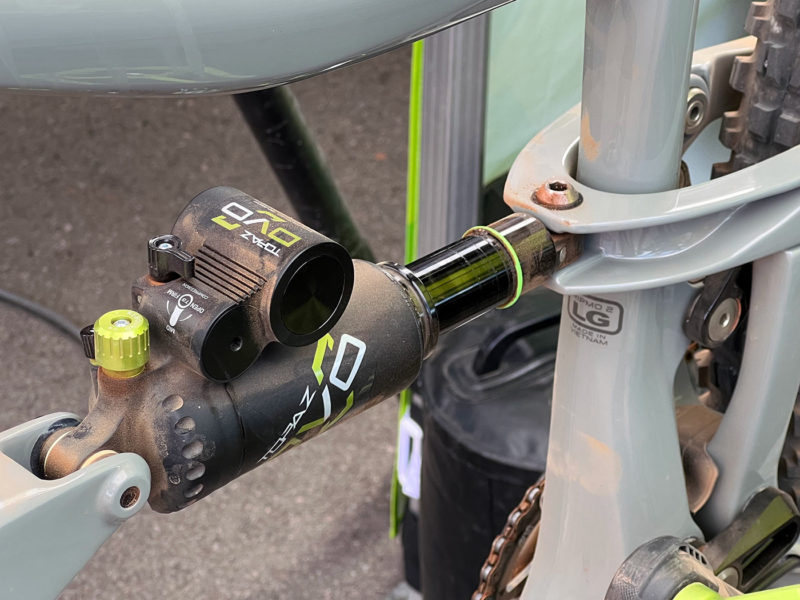 Spotted at Sedona MTB Festival, DVO Suspension had a few bikes on the rack with upcoming and prototype designs. The new rear shocks cover the range from long-travel enduro down to short-travel XC and light trail bikes (aka “downcountry” or “fun country”).

Shown above is the upcoming DVO Topaz II, which gets more bushings and a larger diameter shaft to make it stronger and reduce stiction under load. 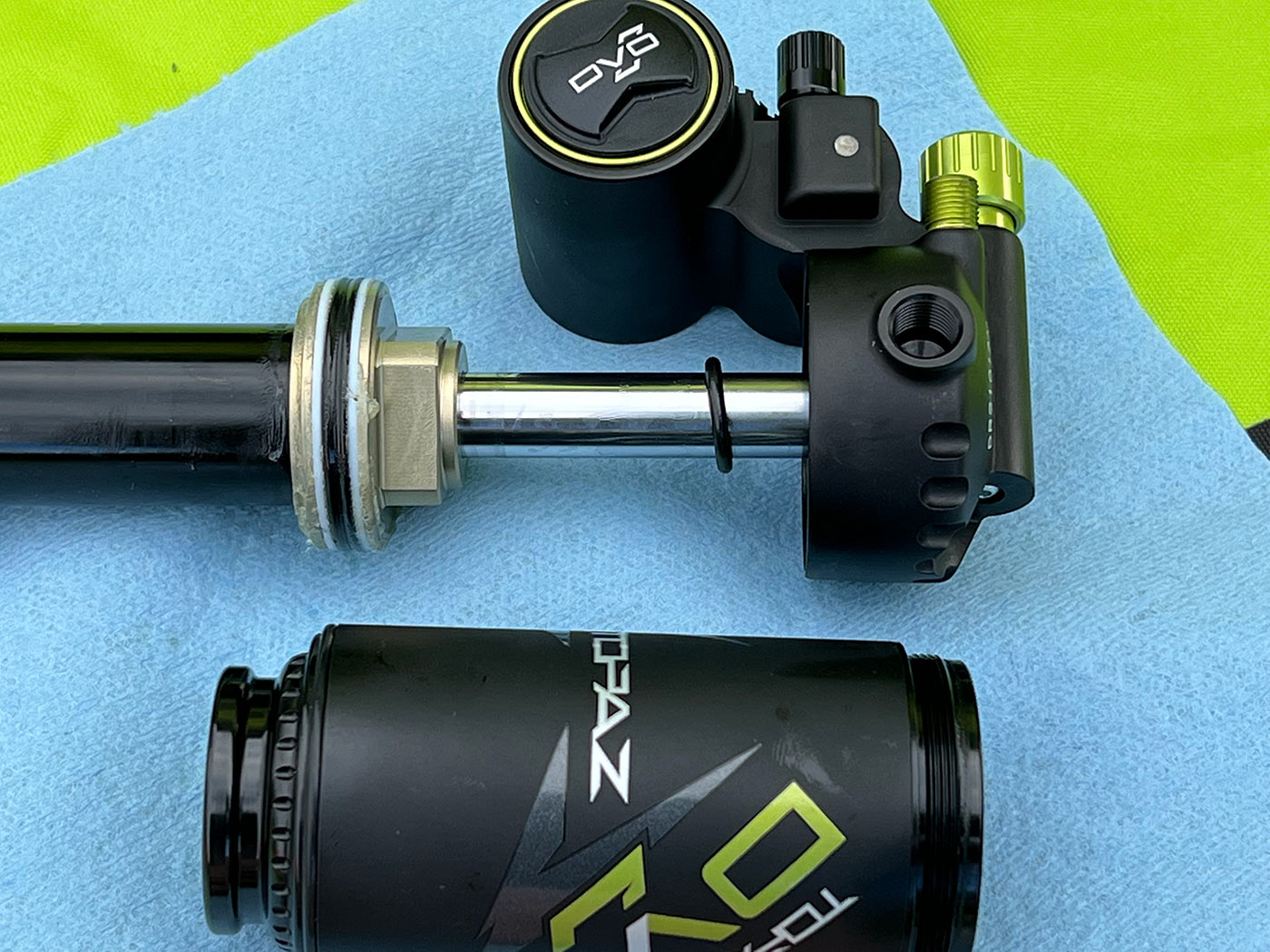 The Topaz II goes from a 10mm to 12.7mm internal shaft, stiffens the bike for bikes with clevis mounts (like the Ibis it’s picture on) and Trunnion mounts that put more lateral stress on a shock. 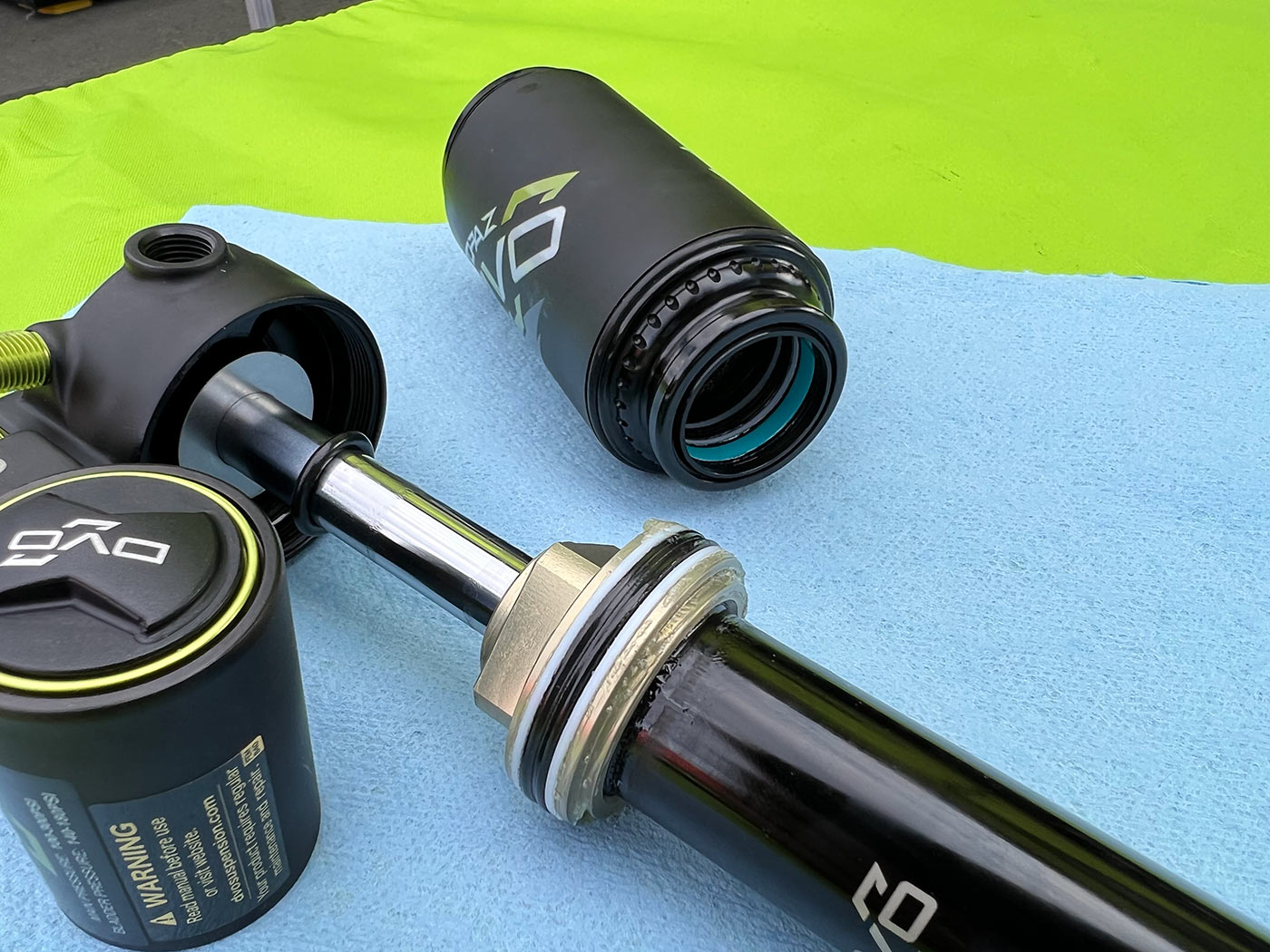 The shaft itself is now plated, rather than anodized, so it’s both slicker and more durable. 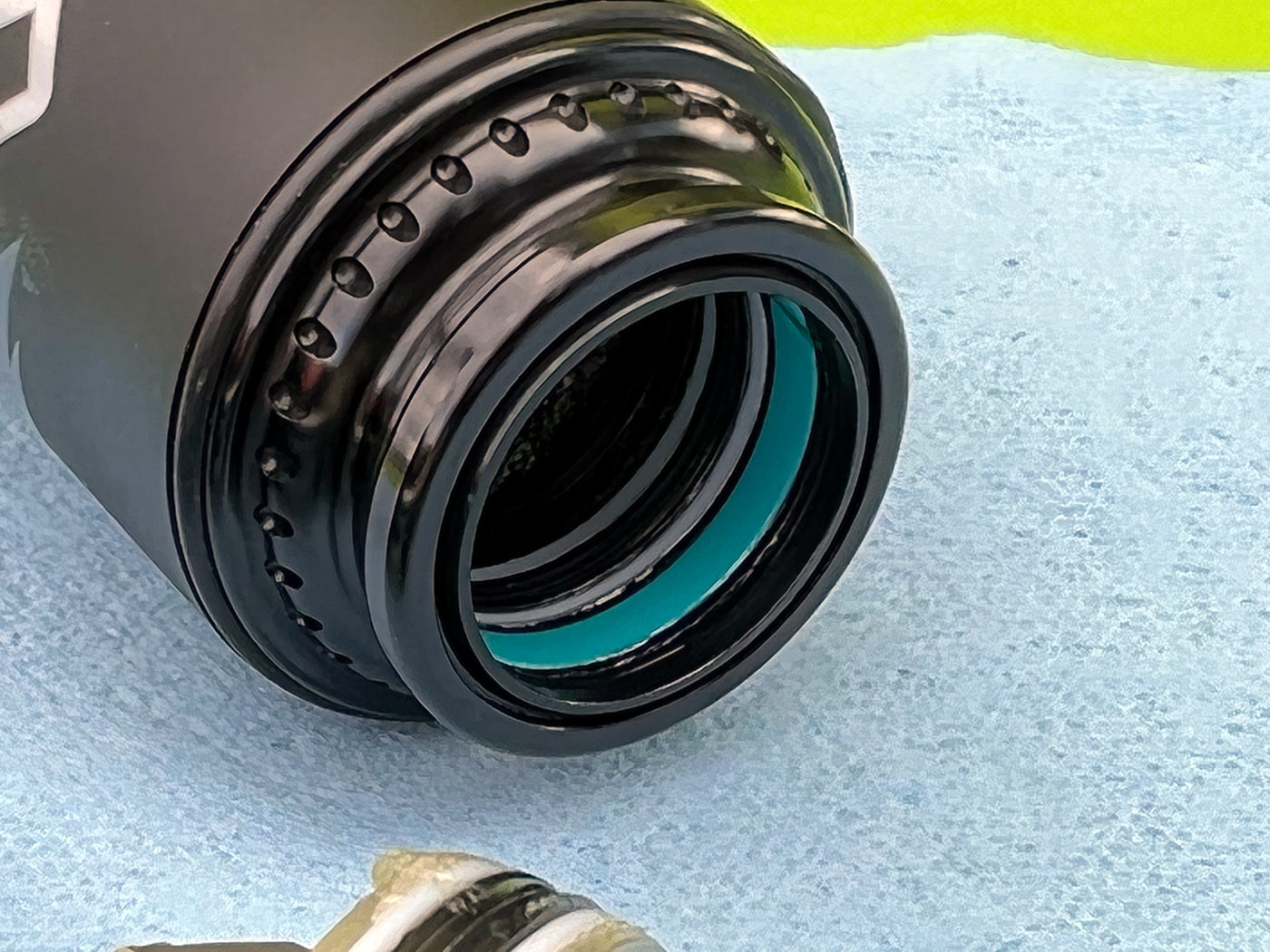 There are more bushings, now, too, and more bushing overlap internally. Combined with the new bushing at the seal (turquoise, above) and a lengthened can length, the shock is both stiffer and better supported.

The goal was to just make a more robust shock, and it gets the usual refinements to the internal circuitry to give you more tuning. A sideways mounted damper cut riot for better figment options on more bikes. 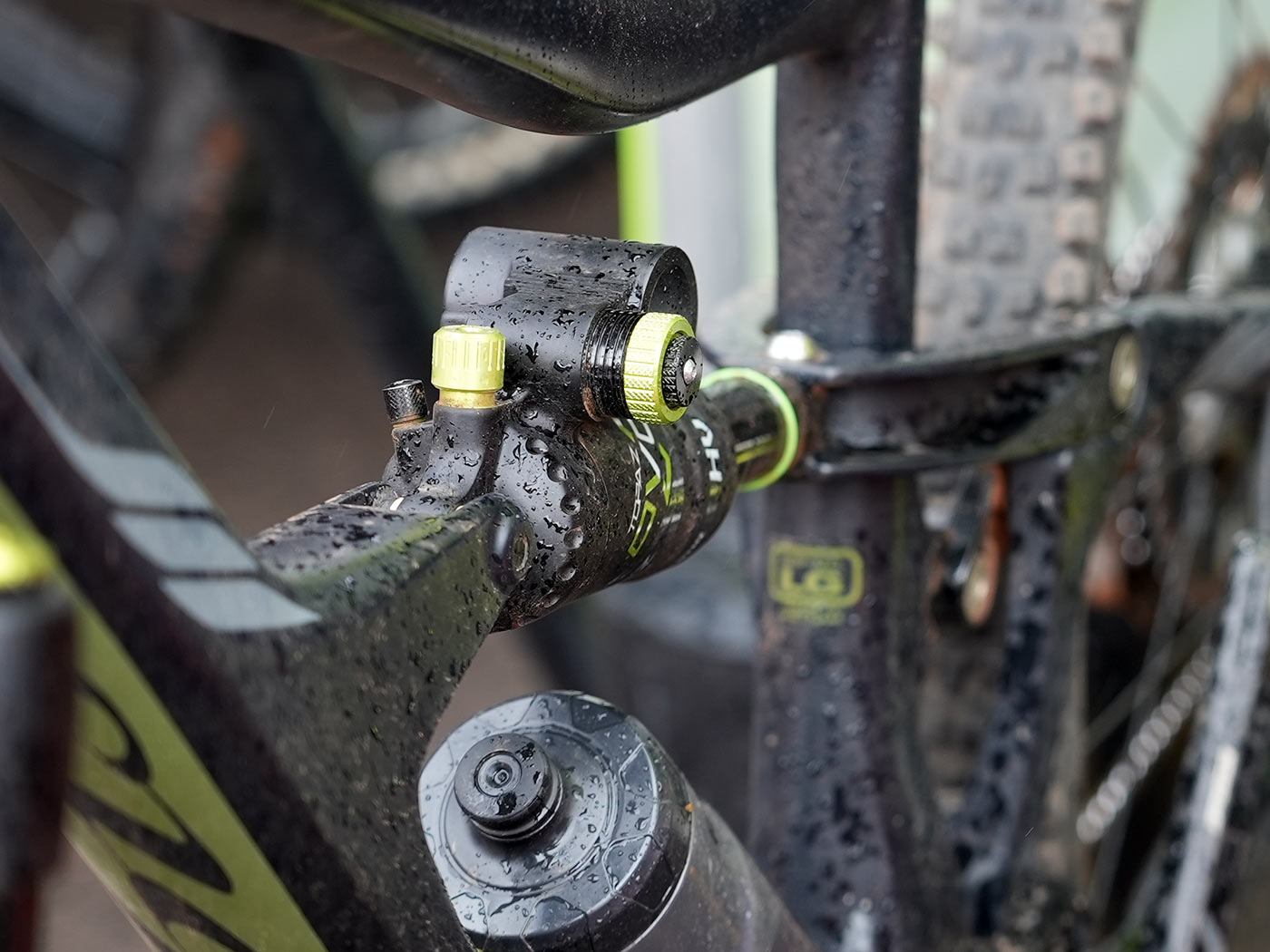 This dual high- and low-speed compression control knob is similar to what’s found on their Jade coil shock and could be coming to an air shock soon, too. This one took a bit of convincing to let us share a pic of it (even though it was sitting in public view all weekend), and they told us it’s only a concept for now and not a final working design as shown. 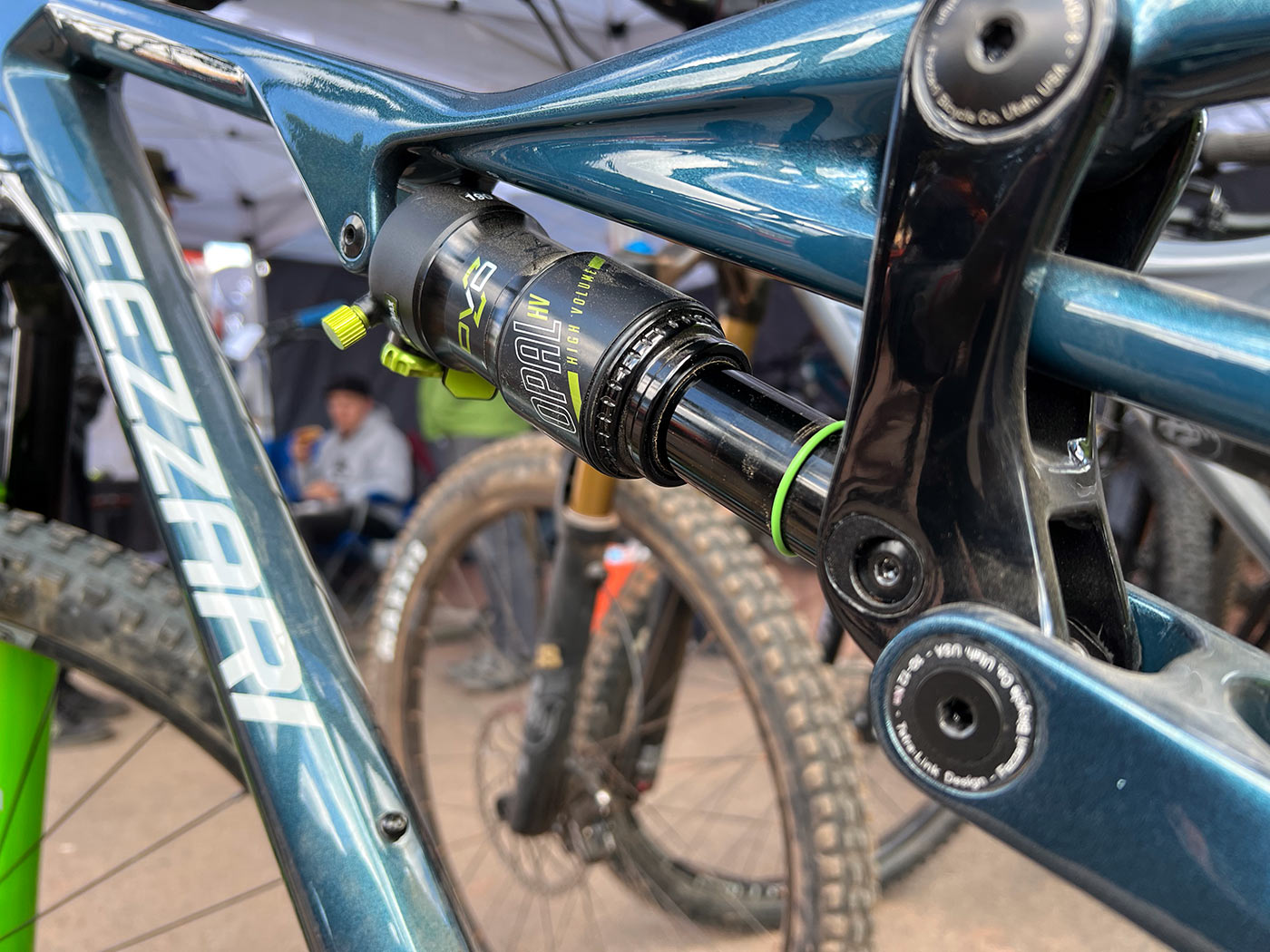 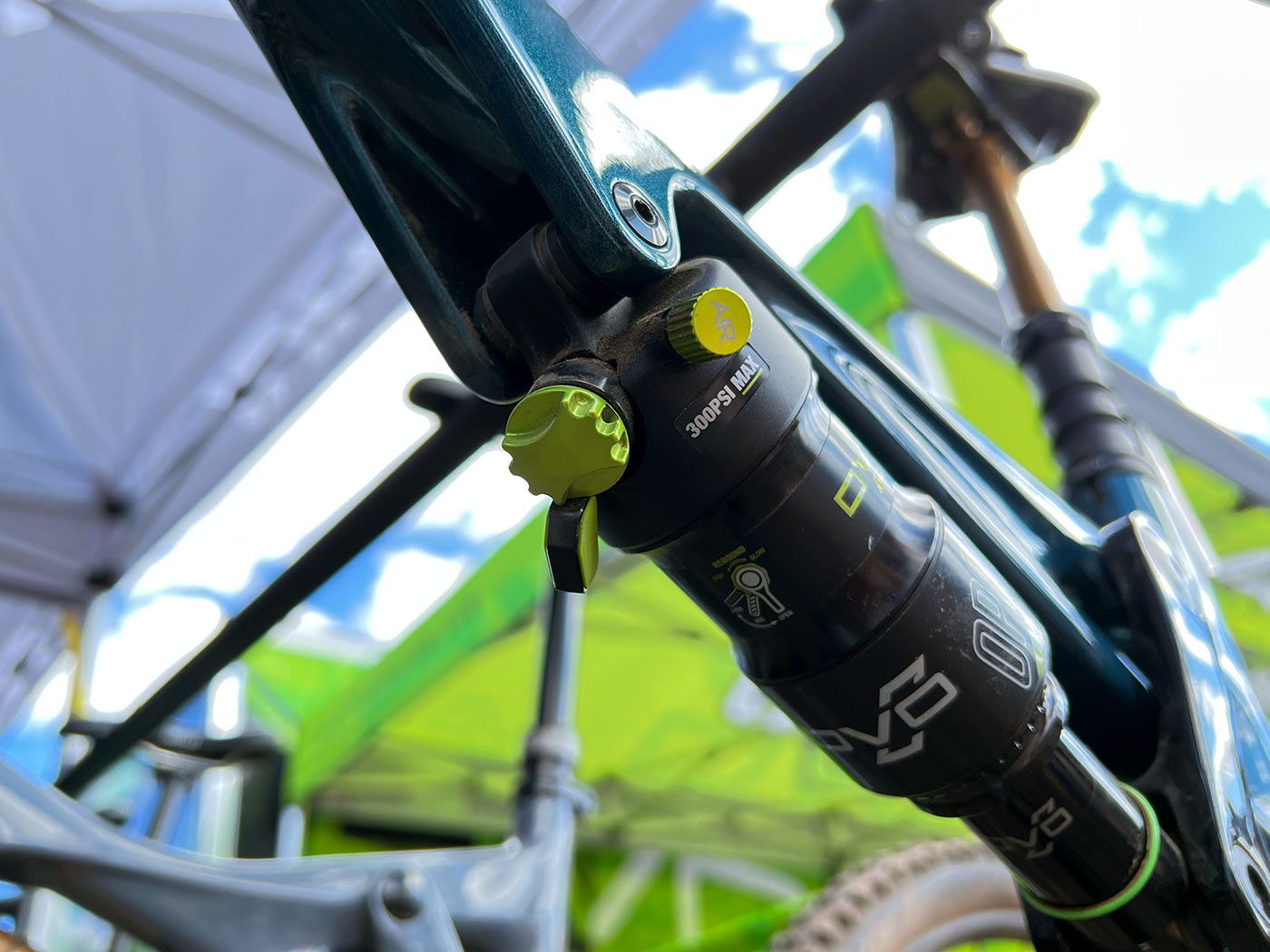 Look for a 3-position external low-speed compression rebound switch with a rebound knob on top of it. No word on availability or pricing on any of these yet, but our guess is the Topaz II and Opal HV should be out this year.

The Topaz II is listed on their website now for $500, but currently shown as out of stock.

They didn’t want you guys to show the Opal because they showed it years ago, then didn’t get enough OEM business to actually put it into production, and then got to deal with all the people like me who wanted to buy it aftermarket and kept bugging them about it.