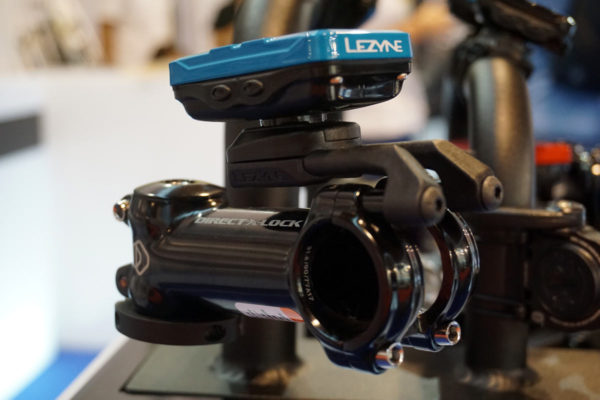 Lezyne has licensed FormMount’s stem-bolt GPS cycling computer mount design to create their new Direct X-Lock mounts. More than just a rebrand, Lezyne is licensing only the design, but manufacturing their offering on their own, using their own materials…like a composite matrix infused with super strong fibers. Their engineer behind the product says they’ve “significantly increased the load capacity” to handle even their largest front lights and Super GPS computer. 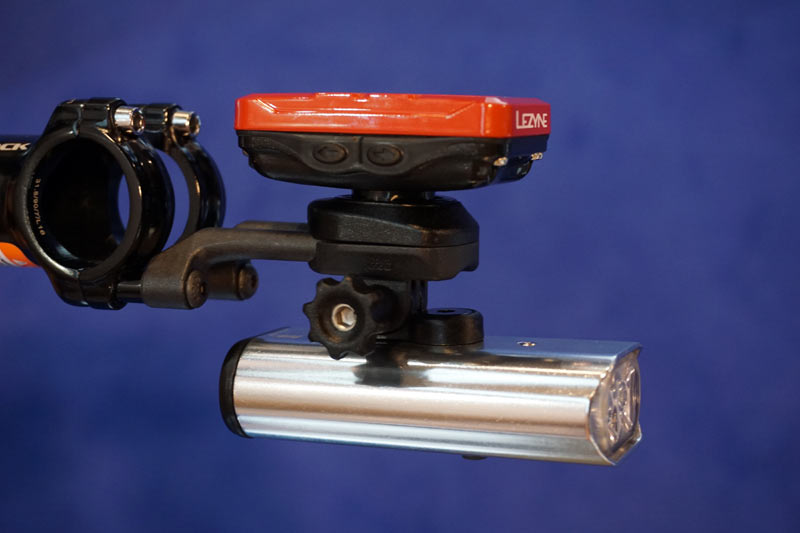 The Direct X-Lock is able to mount any combination of their headlamps, computers or action camera. Check our review of the F3 FormMount to get a sense of how it works. Retail ranges from $24.99 for the basic GPS mount, $29.99 for a GoPro mount model, and $49.99 for one with all three mount options. They expect it to go to market in October, but they’re still doing final testing. 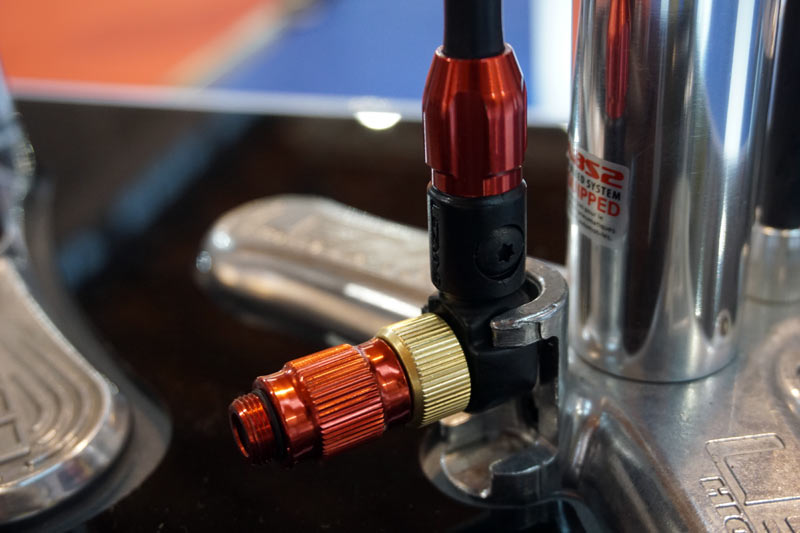 Their new ABS1 Pro pump head comes on all 2018 existing and upcoming floor pumps. The base is brass, which provides a long lasting, self lubricating part on which the rest can spin. The head flips to accommodate Presta or Schrader, and the new 90º angle makes it much easier to thread onto the valve stem without the hose getting all twisted up, too. 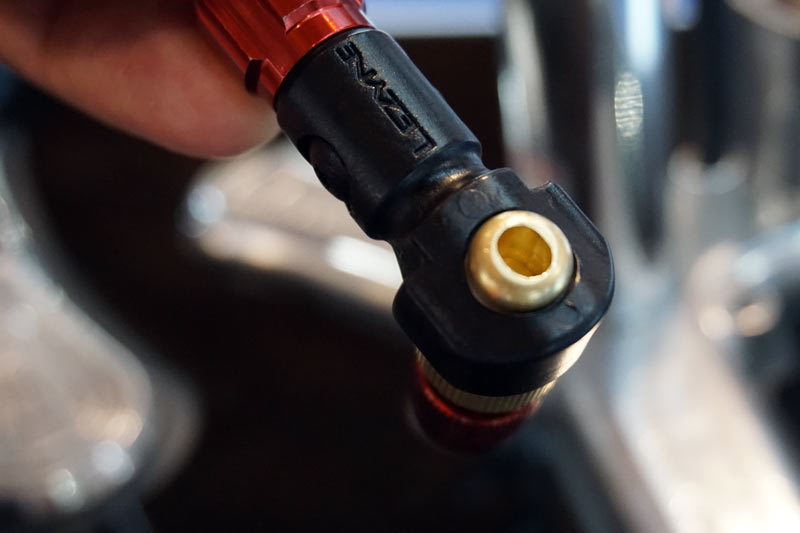 On the back is a valve core removal tool…which is just as useful for making sure it’s on tight in the first place it doesn’t accidentally come out when removing the chuck. 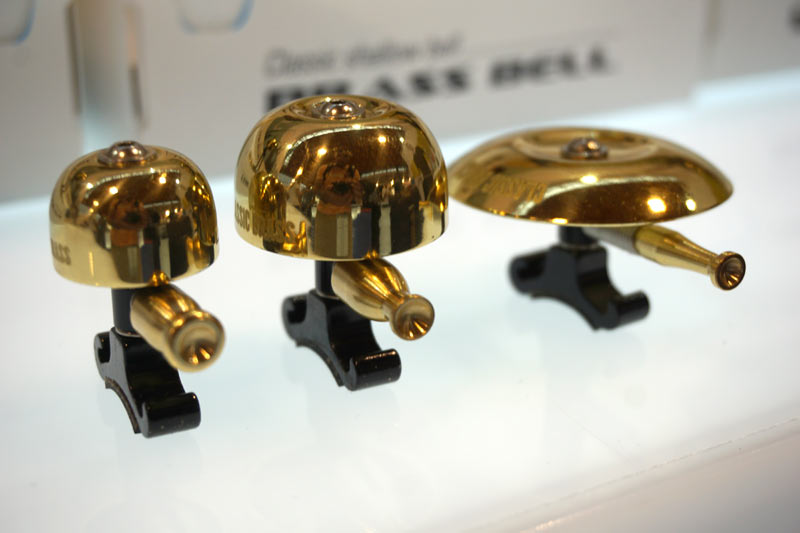 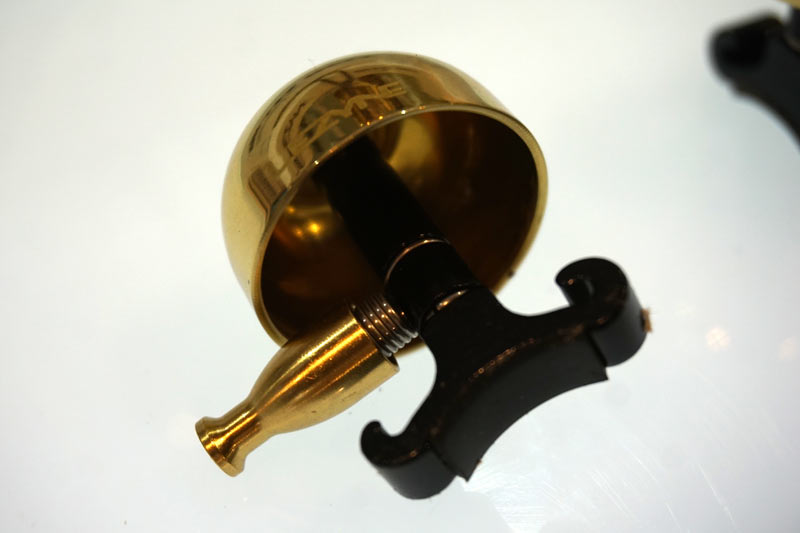 Their new brass bicycle bells come in three sizes, use a full brass shell and dinger, and use the same stretchy bands as their computer mounts to attache to your handlebar. Pick any size for $15. (And if you listen to the start of the video again, you’ll hear one ding with impeccable timing as Dillon turns the new mount to face the camera…perfect!) 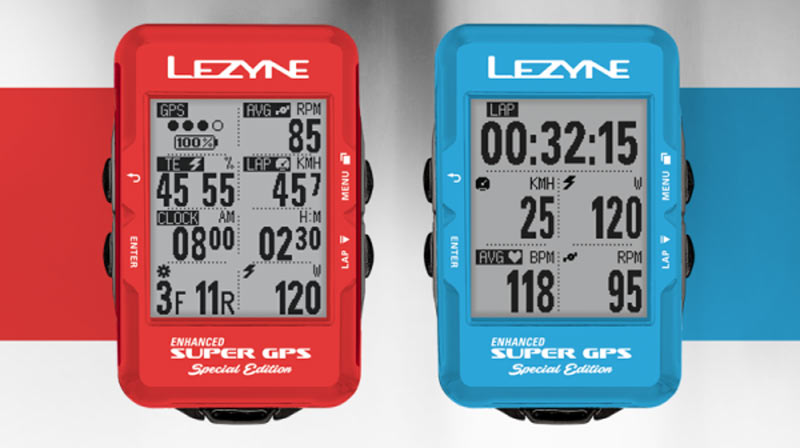 Their GPS cycling computers get a major update that includes an improved setup UI and the ability to view up to eight stats on the screen at once. Previously, it was limited to four, but now you can cram twice as many onto the larger units. It’ll also automatically sync your ride when paired to your phone, and it syncs with TrainingPeaks, too. They’ve also integrated nearly full custom route building inside the smartphone app, letting you select your start and finish points, then adding waypoints along the way. You’ll need to add them in chronological order, though, since you can’t re-order or move them on mobile yet. Oh, and these special edition red and blue units are available now, too.

Ah, the annual update to the pump head.

I like their pump aesthetic, but they use the same crappy internals as 98% of all pumps. The Bontrager pumps in the shop are a much better value.

“On the back is a valve core removal tool…” Unnecessary. Thread-on Lezyne pumps frequently remove the valve core when you are done inflating your tyre. At least with the floor versions you’re presumably not stranded roadside.

wouldn’t that mean its necessary? :p

Agreed about too many changes to the pump heads. But this time I like the change because it’s a return to the original screw-on design, which I liked. Lezyne, you can stop with the changes now.