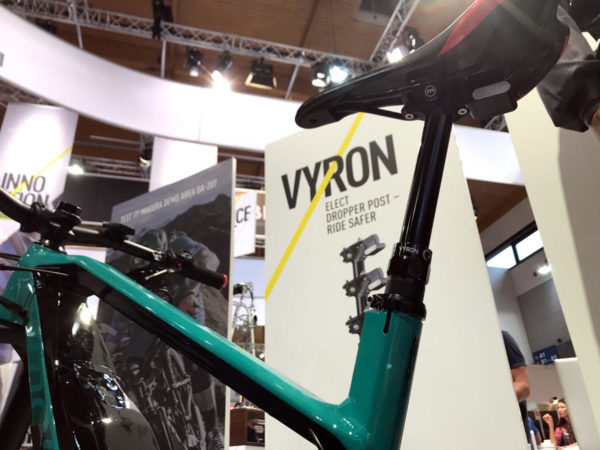 Magura’s Vyron electronic dropper post still works by normal hydraulics, but it’s controlled wirelessly with a  ANT+ remote. The concept allows for quick installation and removal, a boon for anyone that frequently travels with their bike. The downside of their design, so far anyway, has been that it’s rather slow to react compared to mechanically operated posts. Magura listened, and they’ve sped it up.

They say reaction time is about halved, thanks to all new internals that let the motor open it up much quicker. About 0.25 seconds, compared to half a second before. Check our Instagram video of it in action here.

The Vyron has variable positioning, stopping wherever you’re weighting it to, up or down. It’s also available in new lengths, coming in 100, 125 or 150 millimeter drops. Get it 31.6 and 30.9 diameters. 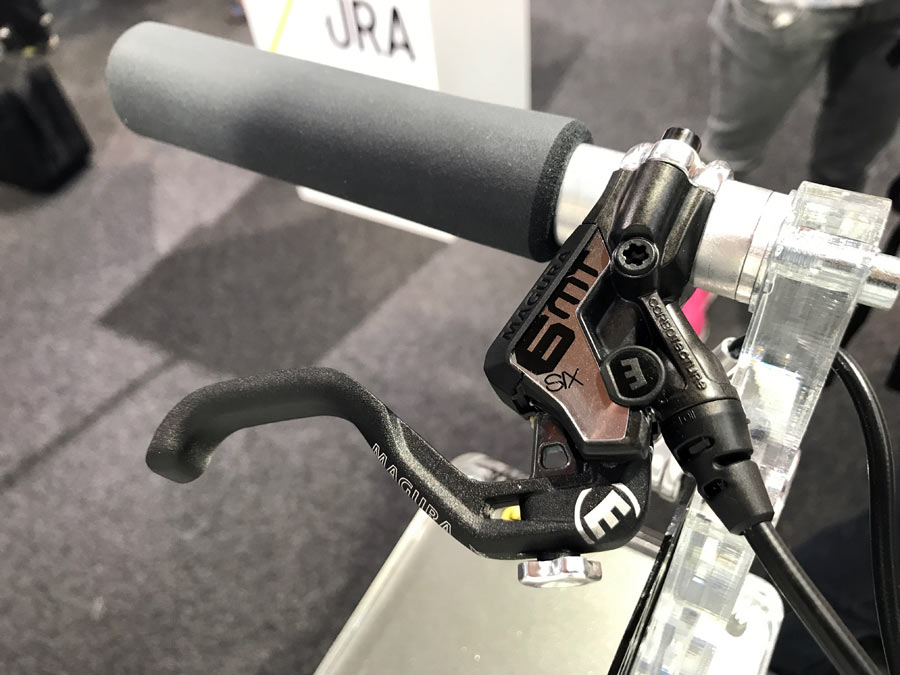 For their brakes, they’ve got new MT6 HC and MT7 HC (“hard core”) models that have a shorter one-finger lever. Get it as an aftermarket upgrade for your existing MT6/7 for £30 per side, or just buy the complete HC models and it comes as standard. 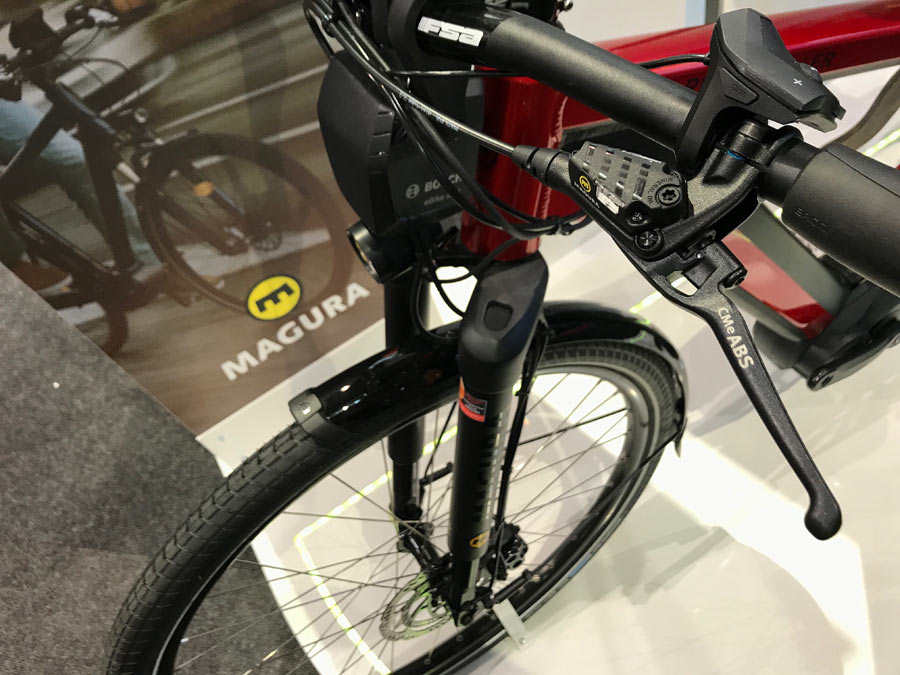 With e-bikes getting faster and more capable, it only makes sense to see ABS coming their way. Magura has partnered with Bosch to create an electronically controlled antilock braking system powered by the bike’s battery, using Magura’s levers and calipers. The big box in front of the head tube is the brains of the system, and we suspect they’ll get smaller and more integrated in short order. 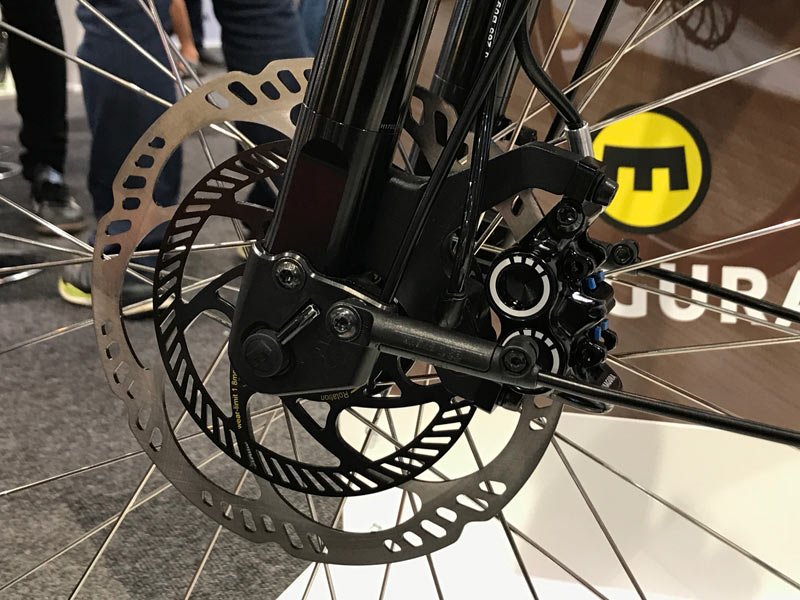 The system uses a secondary inner “rotor” to measure wheel speed and braking performance, then apply the appropriate level of assist to ensure maximum stopping power without locking them up.

Still the best, just not as well known or spec’d. I also have a Vyron post, and a little quicker response would be nice, but you get used to it. I use mine on a hardtail that I’ll sometimes swap the dropper for a carbon Syntace flexy post depending on what i’m riding. Part of why I went with it, it’s the easiest to swap posts with and use on other bikes like my gravel bike.

After the ABS brakes for e-bieks I am waiting for the airbag.
Then a nice license plate and insurance to wrap it up.
To real bicycles as well. Thanks industry wigs, thanks e-mopeds!

More e-specific rated common components, yet I’m still supposed to look upon them as peers on the roads and trails…

in france and germany, (and soon rest of the world) when you buy a e-moped, it needs to come with e-mop certified components (more $$$ x industry)… if you buy a brand new e-mop and the store changes the pedals for a non-certified pedal (i.e. DH) and the pedal breaks, the store is going to get sued.

This is only going to lead to insurance, plate etc… and all restrictions of motorized veichles. And it will be applied to real bicycles as well.

E-bike lobby will kill all joy for us, human-powered cyclists, in nearby future.

Excuse me guys, but in Europe e-biking means riding a “Pedelec” that is only supported by the motor, no e-moped though. If you don’t pedal, the bike won’t move faster than walking speed ( walk assist function ). Thus I don’t see why e-bike lobby kills the jooy of us, especially because it can help a lot using e-bikes for commuting – not cars.
Cheers, folks

Excuse me guys, but in Europe e-biking means riding a “Pedelec” that is only supported by the motor, no e-moped though. If you don’t pedal, the bike won’t move faster than walking speed ( walk assist function ). Thus I don’t see why e-bike lobby kills the joy of us, especially because it can help a lot using e-bikes for commuting – not cars.
Cheers, folks

Is the original Vyron firmware upgradeable to improve the return speed?